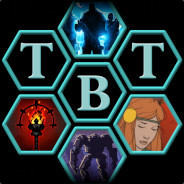 Welcome to TBT, the best place on Steam to discuss current and upcoming PC turn-based games!

Turn-Based Tactics (TBT) is a Steam community dedicated to turn-based PC gaming. Run by gamers for gamers since 2016, we provide weekly updates, curation reviews and a large database of games.[linktr.ee]
If you enjoy our content, feel free to invite your friends and/or support us on Ko-Fi.[ko-fi.com] Thanks!

_____________________
NEW GAMES
Disgaea 6 Complete
Released last year on Switch and PS4, this comedy JRPG has arrived on Steam last Tuesday. Its protagonist is a simple zombie able to rise from the dead again and again, a skill which allow him to challenge an angry god on a rampage. New features introduced to the series include AI routines for the player's party, a combat autoresolve option, and a senate chamber where demoniac political parties vote to alter the gameplay rules.
https://store.steampowered.com/app/1749750/Disgaea_6_Complete/

Ukraine Defense Force Tactics
This charity project represents the contribution of an indie dev from Poland to the support of Ukraine: a tactical game where the player controls a small force facing overwhelming numbers. Clever management of action points, unit upgrades and special abilities is required to prevail.
https://store.steampowered.com/app/2005660/Ukraine_Defense_Force_Tactics/

Coldage
Here's a gamebook, or maybe more of an interactive comic book, about a group of antiheroes wandering through a post-apocalyptic world. A free demo is available.
https://store.steampowered.com/app/1680890/Coldage/

_____________________
IN DEVELOPMENT
The White Raven
This tactical RPG promises a smart combat system, an open world to explore, a sanctuary to customise, and a roster of companions with side quests to pursue. If this sounds like your cup of tea, you can now support the project on Kickstarter: https://www.kickstarter.com/projects/gatherroundstudios/the-white-raven
https://store.steampowered.com/app/1883360/The_White_Raven/

Inkbound
The devs of deckbuilding hit Monster Train have recently announced their next project: a coop tactical game set in a high fantasy world. Multiclassing should allow for "hundreds of character builds", which is an interesting promise in a multiplayer game. You can sign up for the newsletter on the official website[inkboundgame.com] to get a beta test access and a cosmetic item.
https://store.steampowered.com/app/1062810/Inkbound/

Grand Arms: March of the Red Dragon
Inspired by the classic Ogre Battle, here's a semi-historical quad management game set in the 13th century. As a young prince of Wales, it's your duty to liberate your land and fight off an English invasion.
https://store.steampowered.com/app/2056130/Grand_Arms_March_of_the_Red_Dragon/

Broken Alliance
The devs of the narrative game Death and Taxes (2020) are back with a 2D pixelart project inspired by strategy classics such as Heroes of Might and Magic, Age of Wonders, Master of Magic and Disciples. If you're nostalgic about any of the above, visit the page below to learn more about their alleged spiritual heir.
https://store.steampowered.com/app/1704180/Broken_Alliance/
Read More
Weekly news: Gordian Quest, Mango Mischief, Summoners Fate, Vactics, Legend of Keepers, Forrader Hero, Shattered Heaven, Homer's Odyssey, Temperia
June 25 - Saint Scylla | 3 Comments

As every Saturday, we look back at the turn-based games released in the past week.

_____________________
NEW GAMES
Gordian Quest
Mixing cards, RPG, roguelite and tactical elements, this interesting hybrid has be released out of Early Access. The reviews are really enthuastic: 92% positive based on 3.000+ reviews.
https://store.steampowered.com/app/981430/Gordian_Quest/

_____________________
NEW EARLY ACCESS RELEASES
Summoners Fate
This deckbuilder includes elements of RPG, roguelite and tactical games. It's set in a traditional fantasy world with all the classic factions: human knights, orcs, ratmen, lizardmen, undead, demons, wood elves... We're going to review it on our Curation page. In the mean time, you can grab the free demo and watch this video review by Uncanny.
https://store.steampowered.com/app/1681840/Summoners_Fate/

Vactics
Do you enjoy hex grid combat and mech customisation? This indie game made by a solo developer comes with two modes: a full campaign set in a randomly generated city, and a daily challenge / leaderboard mode.
https://store.steampowered.com/app/1938290/Vactics/

_____________________
NEW EXPANSIONS
Legend of Keepers: Soul Smugglers
Here's the final DLC for this 2D side-scrolling reimagination of the classic Dungeon Keeper . It adds a skeleton master, his undead minions, and new mechanics to resurrect and upgrade your monsters
https://store.steampowered.com/app/1966480/Legend_of_Keepers_Soul_Smugglers/

_____________________
IN DEVELOPMENT
Forrader Hero
This tactical game plays a bit like a side-scrolling dungeon crawler as the player can only move towards the right side of the screen. It could be pretty fun.
https://store.steampowered.com/app/2056490/Forrader_Hero/

Homer's Odyssey
Another interesting setting: the 10-year return trip of Odysseus (Ulysses) after the fall of Troy. Gameplay will include card duels, puzzles and branching dialogues.
https://store.steampowered.com/app/1165660/Homers_Odyssey/

Temperia: Soul of Majestic
From the same publisher than the two previous games comes an ambitious PvP card battler inspired by Triple Triad, including its open hand rules.
https://store.steampowered.com/app/852780/Temperia_Soul_of_Majestic/

Apr 29 @ 10:35pm
Please post on the forum rather than this inconvenient comment section, you'll get many more answers.

davedoubleedev Apr 29 @ 2:08pm
Got any recommendations for turn-based roguelike RPG's?

Jan 25 @ 12:19am
If you have anything to share, please post in in the forum (Discussions tab) rather than here. The forum is much more convenient to discuss. Thanks.

A Game of Thrones: The Board Game

Age of Fear 3: The Legend

Age of Fear 4: The Iron Killer

Age of Fear: The Free World

Age of Wonders 2: The Wizard's Throne

A House of Many Doors

Alliance of the Sacred Suns

All Walls Must Fall

Ascension to the Throne

As Far As The Eye

Ash of Gods: The Way

Attack of the Earthlings

Before The Last Hour

Blacksmith of the Sand Kingdom

Blood will be Spilled

Brigandine The Legend of Runersia

Castle of the Underdogs : Episode 1

Causa, Voices of the Dusk

City of the Shroud

Crimson Tactics: The Rise of The White Banner

Dawn of the Mexica

Decisive Campaigns: The Blitzkrieg from Warsaw to Paris

Door in the Woods

Druidstone: The Secret of the Menhir Forest

Dust and Salt: The Battle for Murk

Dust to the End

Eador. Masters of the Broken World

Every Day We Fight

Externus: Path of the Solari

For The King II

Gods of Havoc: Fall to Earth

Gods of Havoc: Into the Void

Guards of the Gate

Hand of the Gods

Heroes of a Broken Land

Heroes of a Broken Land 2

Heroes of Might & Magic V: Tribes of the East

Iratus: Lord of the Dead

Iris and the giant

I’m not a Monster

Jon Shafer's At the Gates

King's Bounty: Warriors of the North

Knights of Pen and Paper +1

Knights of the Chalice

Knights of the Chalice 2

Knock on the Coffin Lid

Labyrinth of the Witch

Live by the Sword: Tactics

Memoirs of a Battle Brothel

Monster Girls and the Mysterious Adventure

Monster Girls and the Mysterious Adventure 2

Narcos: Rise of the Cartels

Nomads of the Fallen Star

Of Gods and Men: The Daybreak Empire

Out of the Park Baseball 17

Out of the Park Baseball 18

Out of the Park Baseball 19

Out of the Park Baseball 20

Out of the Park Baseball 21

Out There: Oceans of Time

Pathfinder: Wrath of the Righteous

Raiders of the North Sea

Regalia: Of Men and Monarchs

Rise of the Foederati

Rise of the Slime

Rogue In The Void

ROMANCE OF THE THREE KINGDOMS XIV

Sengoku Jidai: Shadow of the Shogun

Shadow of the Road

Shadows Behind the Throne 2

Shieldwall Chronicles: Swords of the North

Shiren the Wanderer: The Tower of Fortune and the Dice of Fate

Sigil of the Magi

Silence is a lie

Solasta: Crown of the Magister

Stay Safe: Labyrinth of the Mad

SteamCity Chronicles - Rise Of The Rose

Stories from the Outbreak

Stygian: Reign of the Old Ones

Sword of the Stars: The Pit

Sword of the Stars: The Pit 2

Sword of the Stars Complete Collection

Symphony of War: The Nephilim Saga

Table of Tales: The Crooked Crown

Tahira: Echoes of the Astral Empire

Tales of a Spymaster

The Age of Decadence

The Battle of Polytopia

The Captain is Dead

The Chronicles of Quiver Dick

The Conquest of Go

The Curse of Feldar Vale

The Dragoness: Command of the Flame

The Dungeon Of Naheulbeuk: The Amulet Of Chaos

The Girl of Glass: A Summer Bird's Tale

The Hand of Merlin

The Heroic Legend of Eagarlnia

The Horus Heresy: Betrayal At Calth

The Legend of Heroes: Trails of Cold Steel IV

The Lord of the Rings: Adventure Card Game - Definitive Edition

The Magister - The First Two Days

The Qaedon Wars - The Story Begins

The Song of the Fae

The Use of Life

The Way of Wrath

The Wind and Wilting Blossom

This Is the Police 2

Through The Darkest of Times

Tortured Hearts - Or How I Saved The Universe. Again.

Trial of the Gods: Siralim CCG

Undead Darlings ~no cure for love~

Until the Last Plane

Utawarerumono: Prelude to the Fallen

Vestaria Saga I: War of the Scions

Virgo Versus the Zodiac

Warriors of the Nile

Warriors of the Nile 2

We Are The Caretakers

We are the Plague

Who Needs a Hero?