Darkest Dungeon is a challenging gothic roguelike turn-based RPG about the psychological stresses of adventuring. Recruit, train, and lead a team of flawed heroes against unimaginable horrors, stress, disease, and the ever-encroaching dark. Can you keep your heroes together when all hope is lost?
$24.99
Visit the Store Page
Most popular community and official content for the past week.  (?)
Week 66: Mod Showcase
Jun 14
”The wounds of war can be healed, but never hidden.”
Mafe Vanilla Refactor: Leper by Mafe

After a long time, here I am again. This time, with a rework to our undying king, the Leper.
Core points:
-Leprosy: Attached to him, this unique Evolutive Disease will follow Leper everywhere he goes. If not properly treated, this Disease will turn Lethal, but features 2 very powerful endgame evolutions that you can trigger (If you find how).
-A revisited skillset.
-A new unique Secret item.
-New barks based on his poetic side, tied to his Disease.
-And a lot of other hidden features! 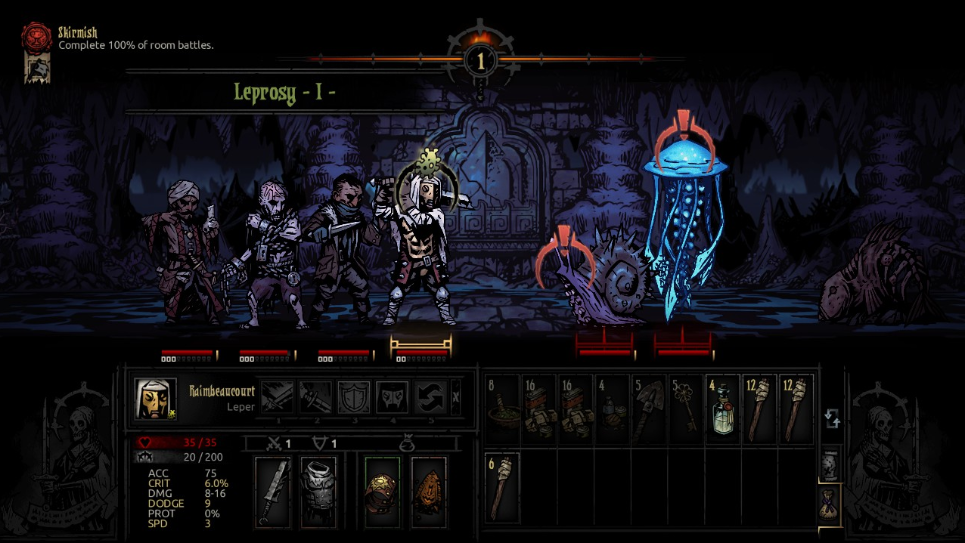 The Courtesan: Full Class Conversion by by Roderick

The runner-up in the voting, the Courtesan at last has arrived at the Hamlet! This backline support specializes in keeping her allies alive and debuffing foes whilst in human form. But when one needs damage rather than healing, she can transform into a potent backline, laying waste to enemies with short, but highly potent DoT. 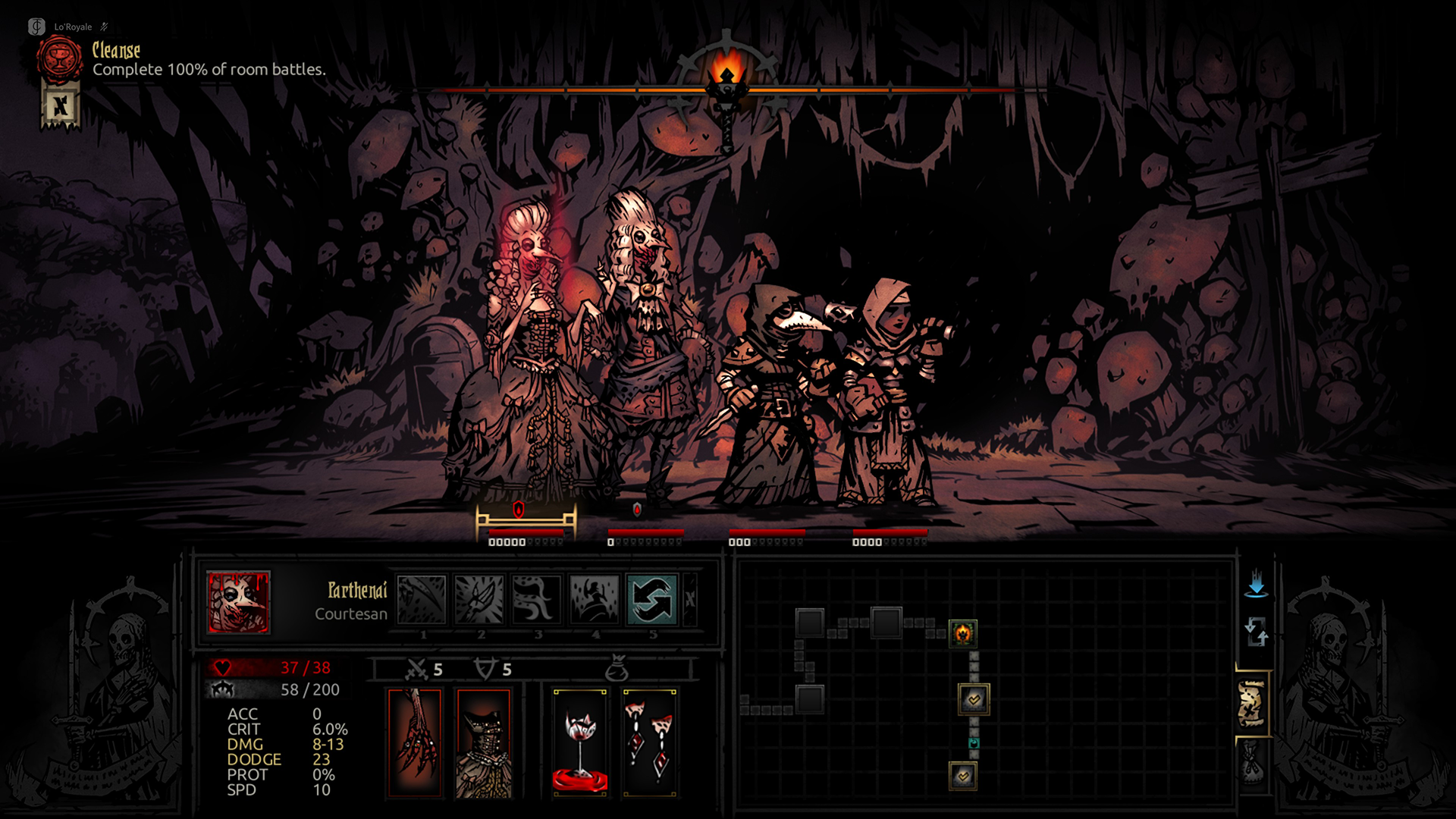 Darkest Dungeon®
195
2
What had happened to Jester?
I remember playing this game WAY back. Then I encountered Jester and I thought that his finale was extremely strong. Then I stopped playing and started doing so again. Now I just can't see the point of Jester. He has sub-par stats and performance. His only quirk is his Finale and even when you spend several turns pumping it up, it barely any better than some basic attacks from melee classes like Hellion or Abomination. Jester to me seems all about that one strike, but even during a boss fight, I spend mos...
9 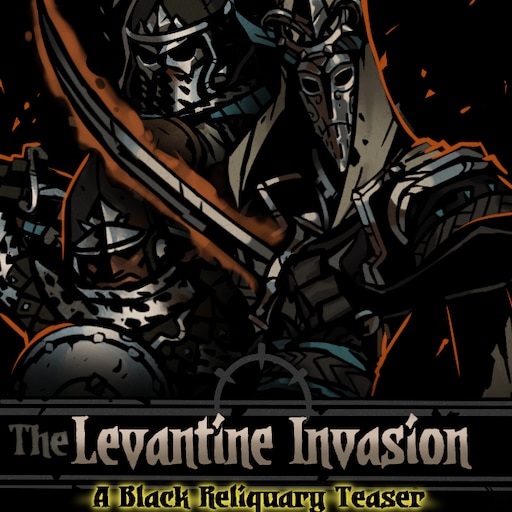 The main objective of this rework is to push Abomination to alternate between his forms depending on the fight, even rewarding transforming mid combat. Human form is focused around utility with a stun, pull and stress heal while Beast has damage, but also brings counters to many situations (shuffle, stealth, mark, stun...). The days of transforming Abomination for a single skill are over. However once transformed Abomination can't return to his human form till the combat ends, forcing the player to play aggressively if he doesn't want Abomination to become afflicted. 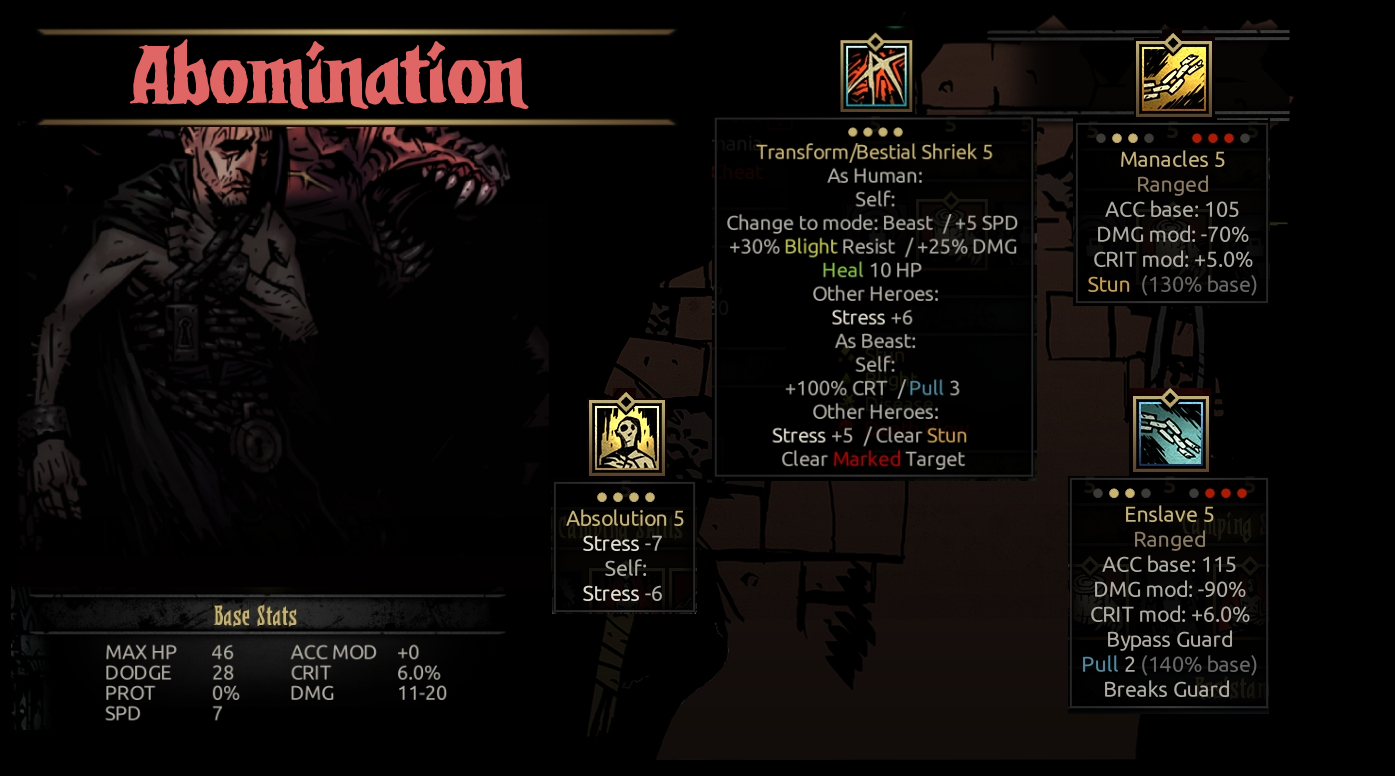 "A wandering sister in search of knowledge."

Based on the Choir Hunter from Bloodborne, the Choir Hunter can be used to torment enemies or to keep your allies fighting. Having the abilities to inflict bleed and stun while being able to clear enemy stun in return for massive damage and simultaneously heal allies makes them a strong addition to any party. 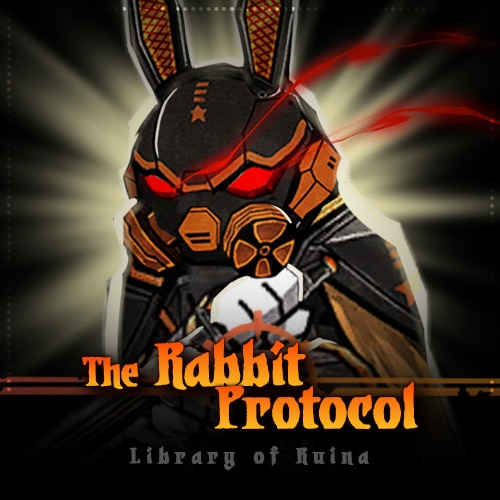 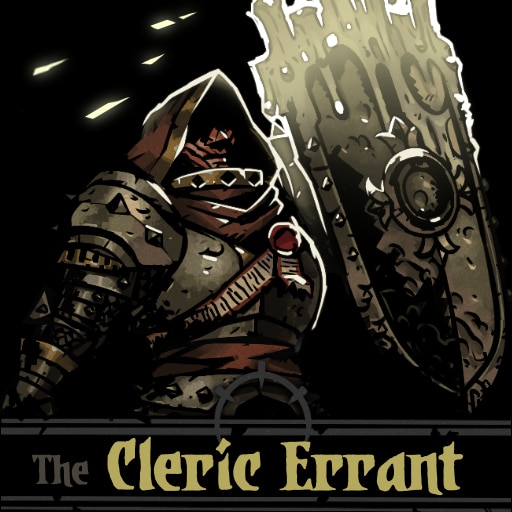 Badger
View Steam Workshop items
Week 64: Mod Showcase
Jun 1
”She searches where others will not go... and sees what others will not see.”
Mr Pepper’s Antiquarian Rework by Mr.Pepper

This Rework aims to remove Antiquarian dodge cheese gimmick and instead solidify her in a support role, capable of acting like a solo healer. She mainly interacts with her own party, by curing negative effects, giving stealth, reshuffling other heroes or even buffing damage. She is also able to mess with the enemy party with shuffle and stumble, debuff or simply blights.

Since antiquarian will not be able to prevent as much dmg as she used to (through dodge buff and Acc debuff) she has been given a +5 dodge and +1 speed at every levels. This should help her to survive more easily despite having the lowest hp in the game and to outspeed her own teammates to make her support skills more valuable. Antiquarian’s passives have not been changed. 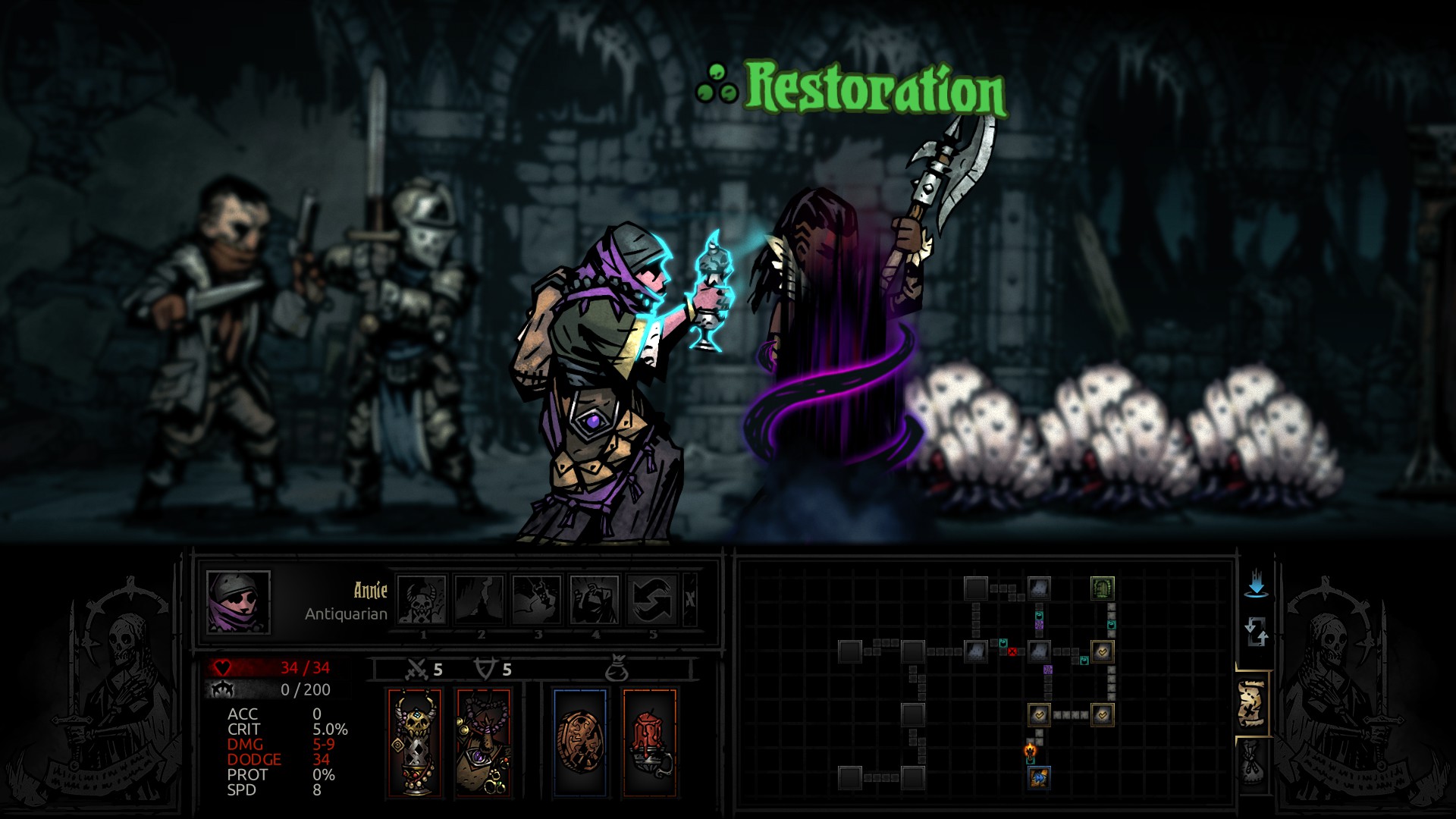 In recent days, after nightfall, there are several subdued criminals or their bodies at the entrance of the police station in town. A few frightened witnesses claim they saw a hybrid monster, both owl and human, that delivered these criminals...
A few days later, the “monster” found you on a fateful night - a man who said that his work coincided with your great cause, and that he was willing to join.

Owlwing is a Damage dealer used to hurting and finishing weakened or exposed enemies. He has the tools to inflict these debilitations by himself, as well as bonuses to fighting while stealthed. When out in the open, he can riposte as well. 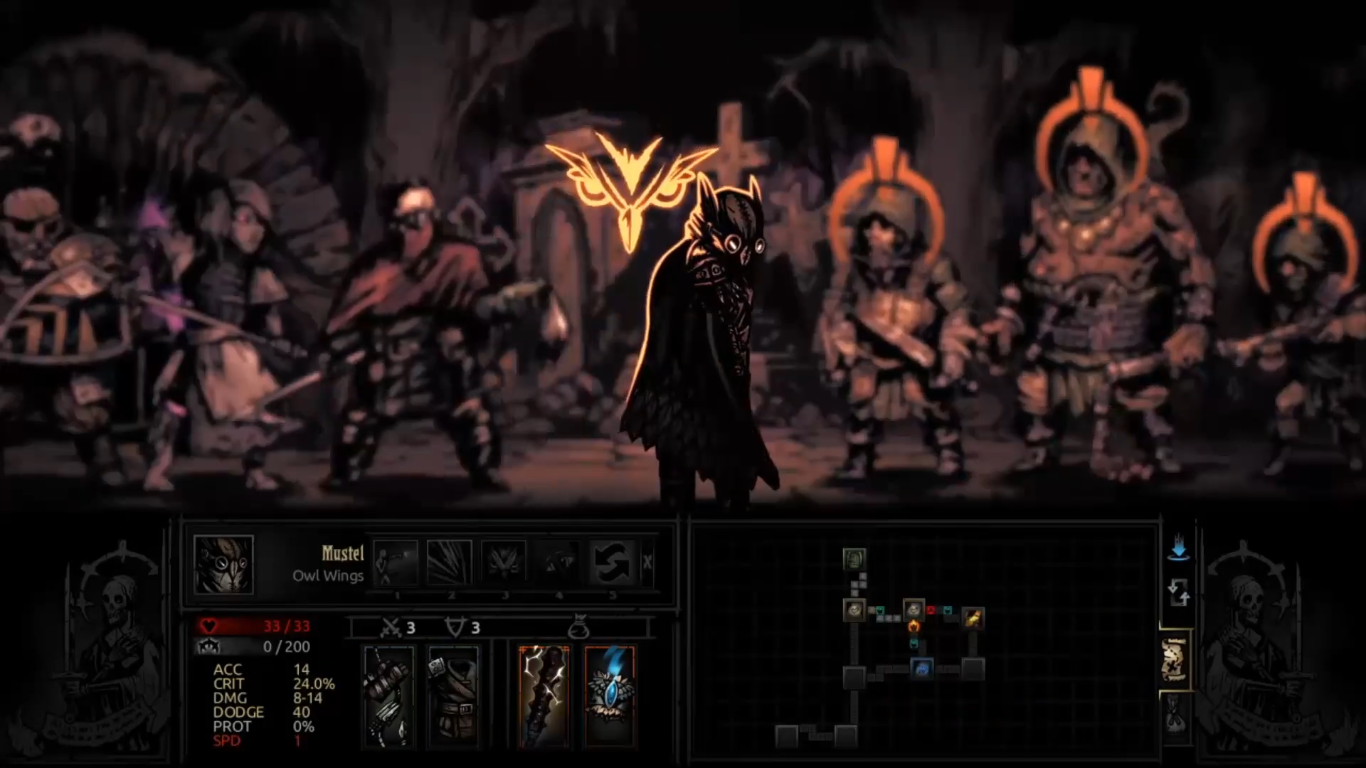 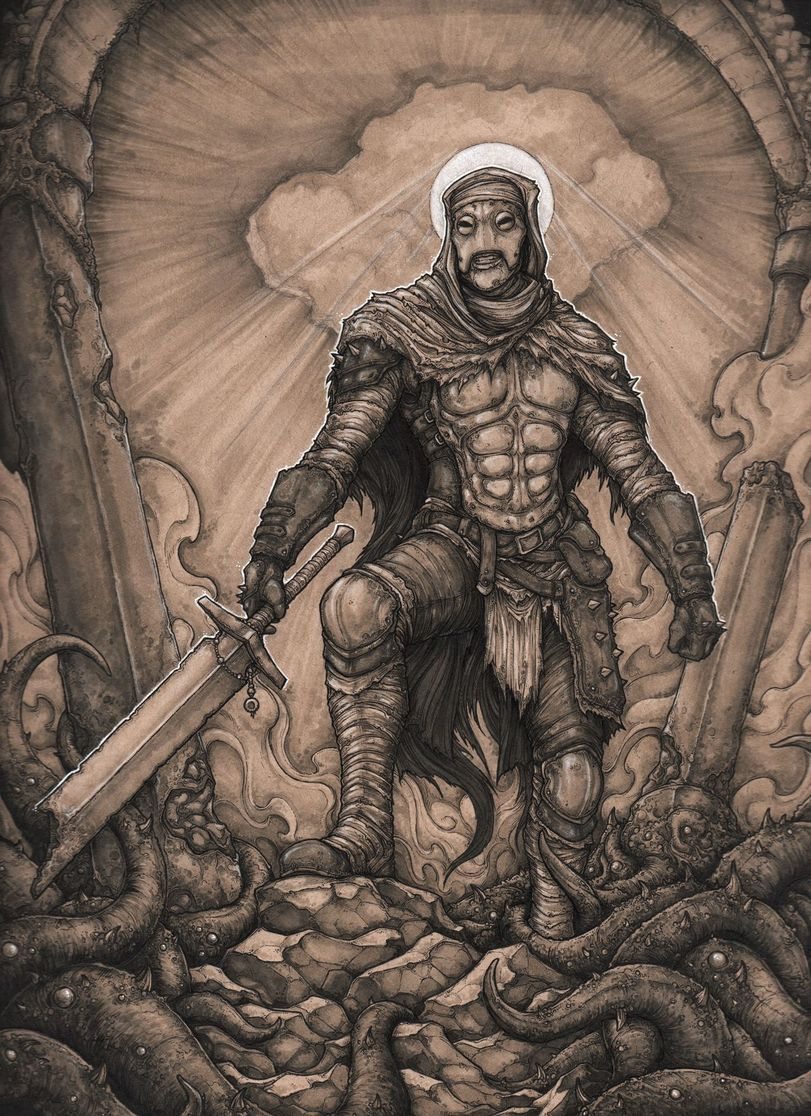 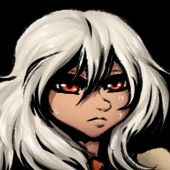 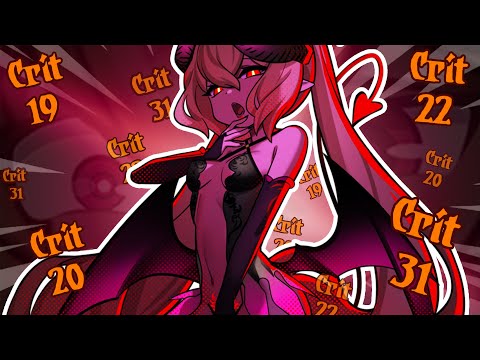 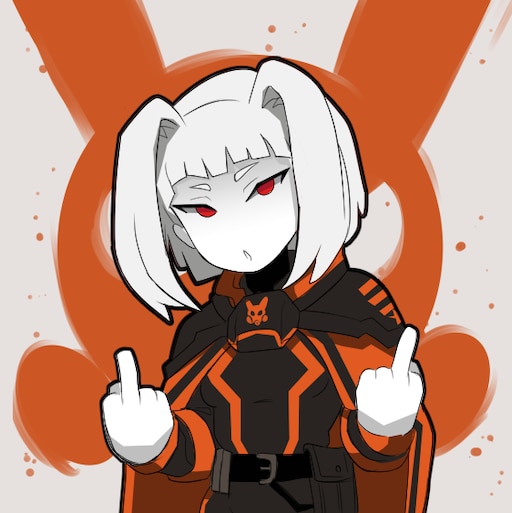 Recommended
23.8 hrs on record
This is a must have for people who know they're going to hell. It's a similar feeling that you're going to experience over there. 10/10 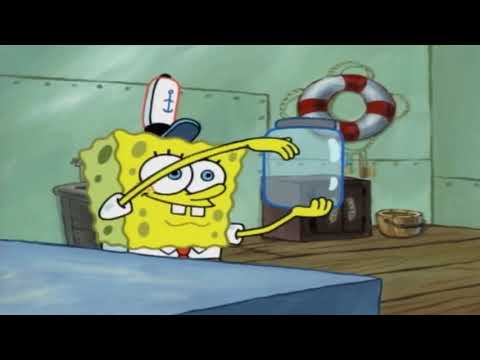 0
0
Patrick, overconfidence is a slow and insidious killer. 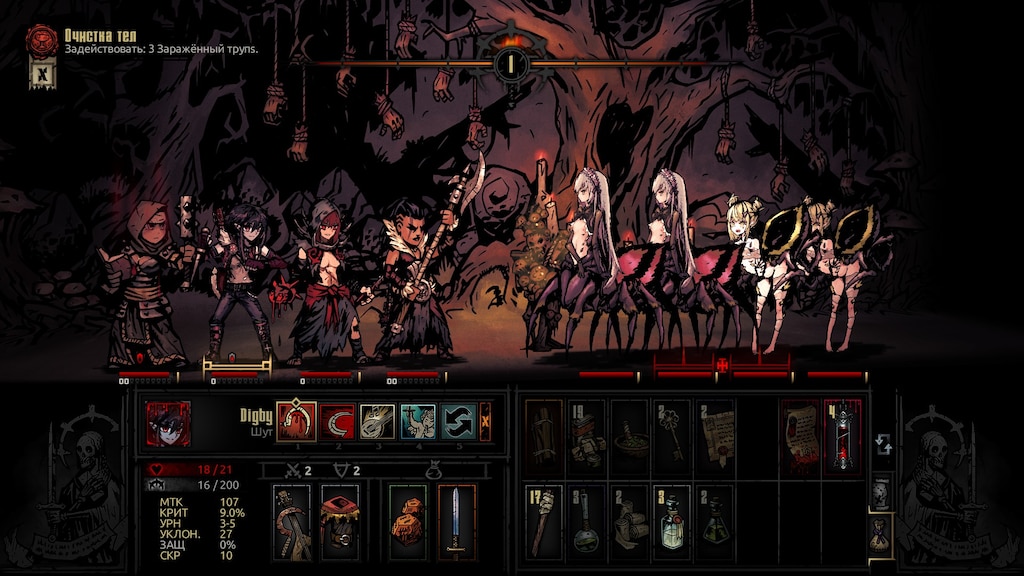 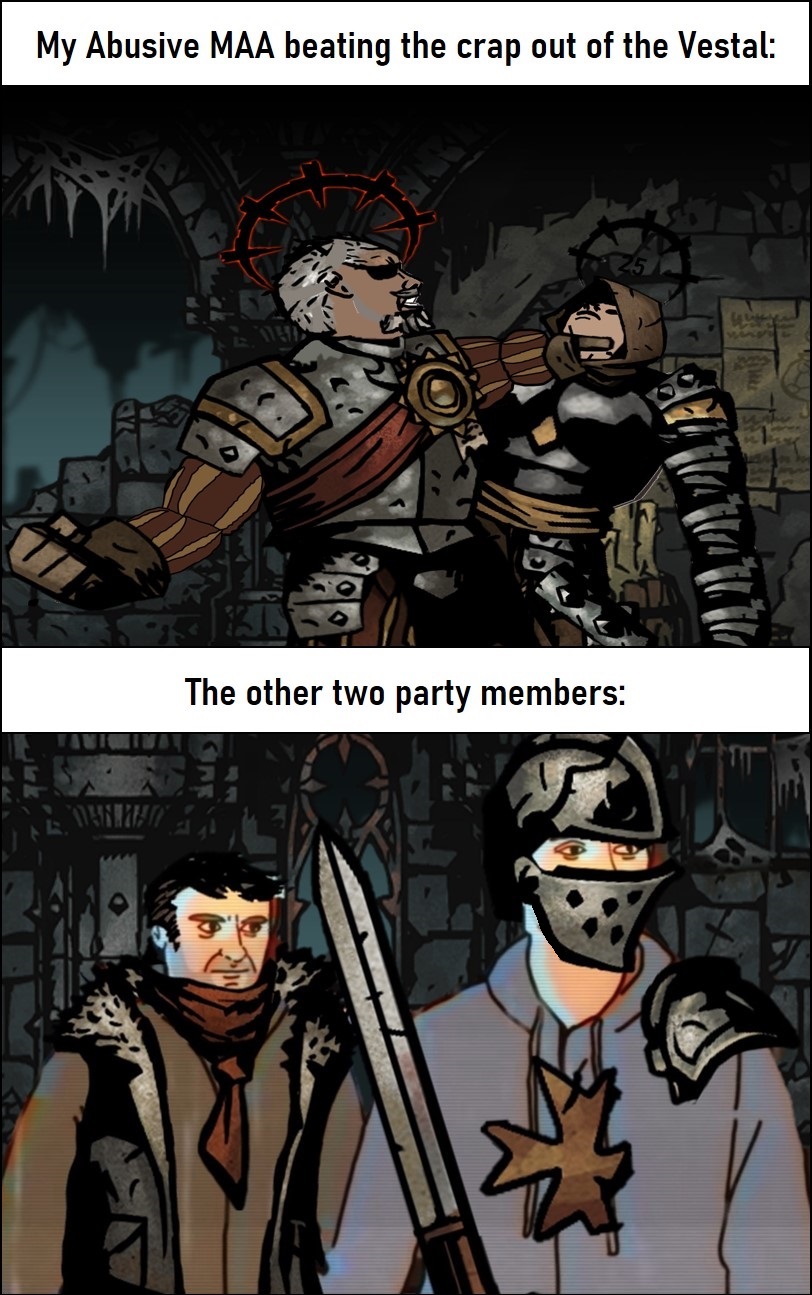 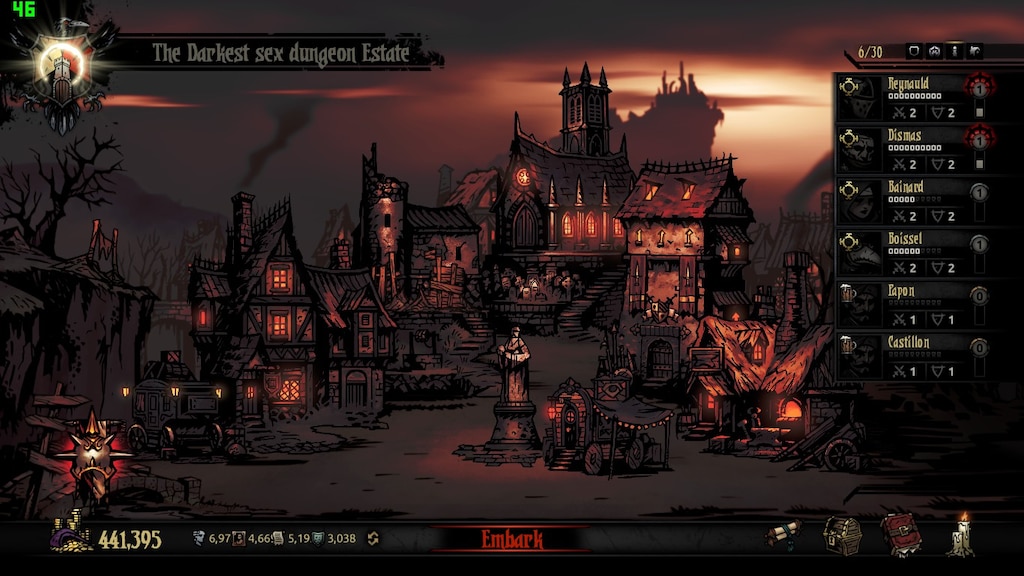 0
2
this is the sex dungeon 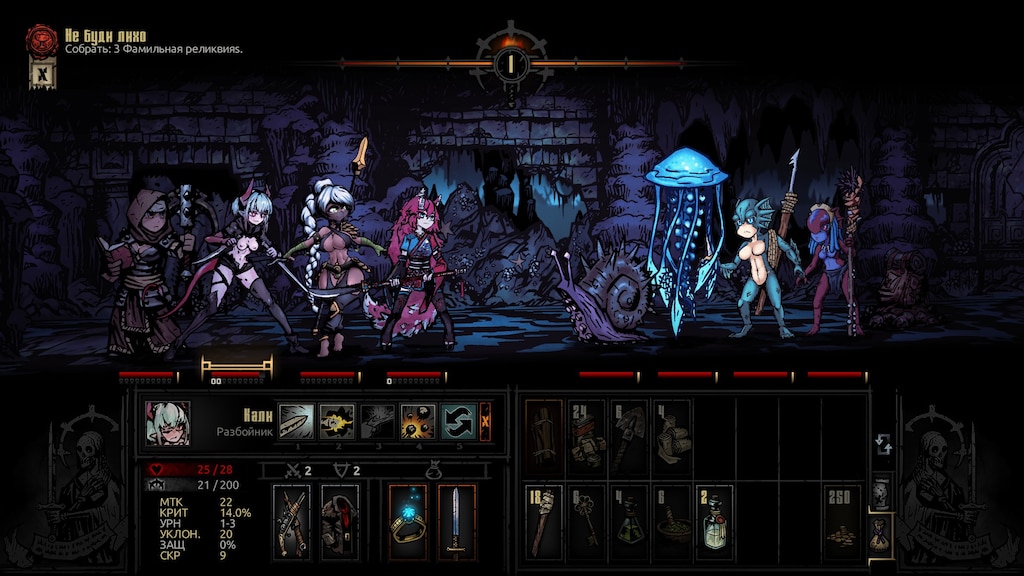 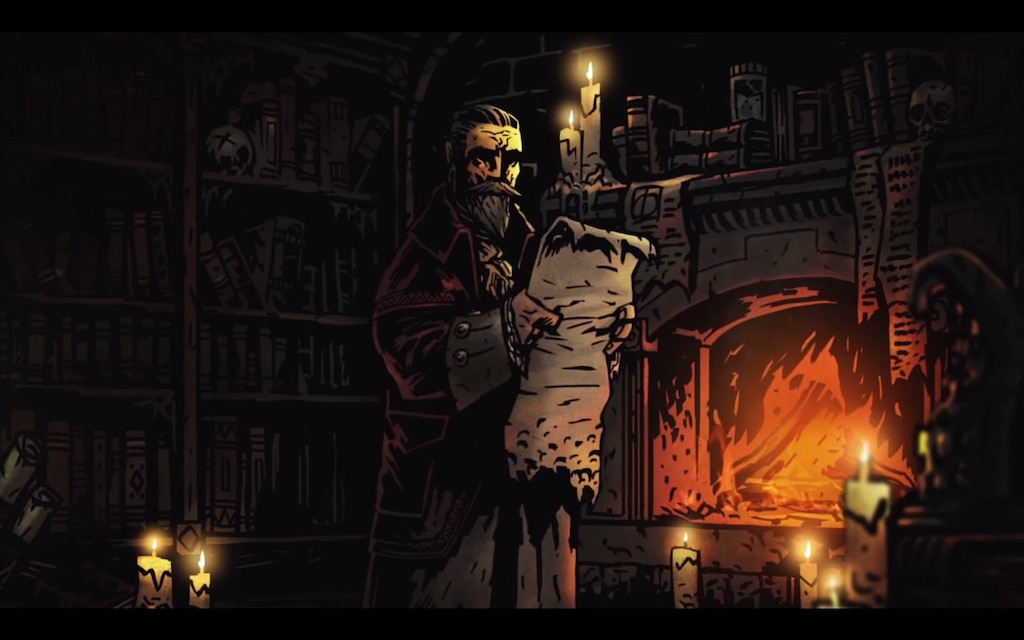 Recommended
101.1 hrs on record
I like this game even though I am not very good .... 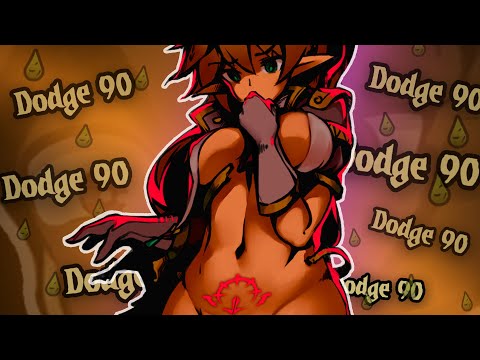 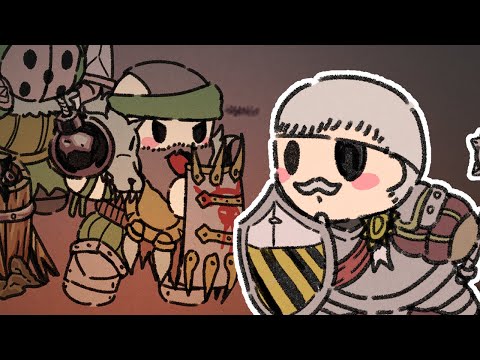 Crappy maps for the crappy Courtyard
Made with 100% spite for the Courtyard and everyone in it. (also ♥♥♥♥ the Crocodilian) 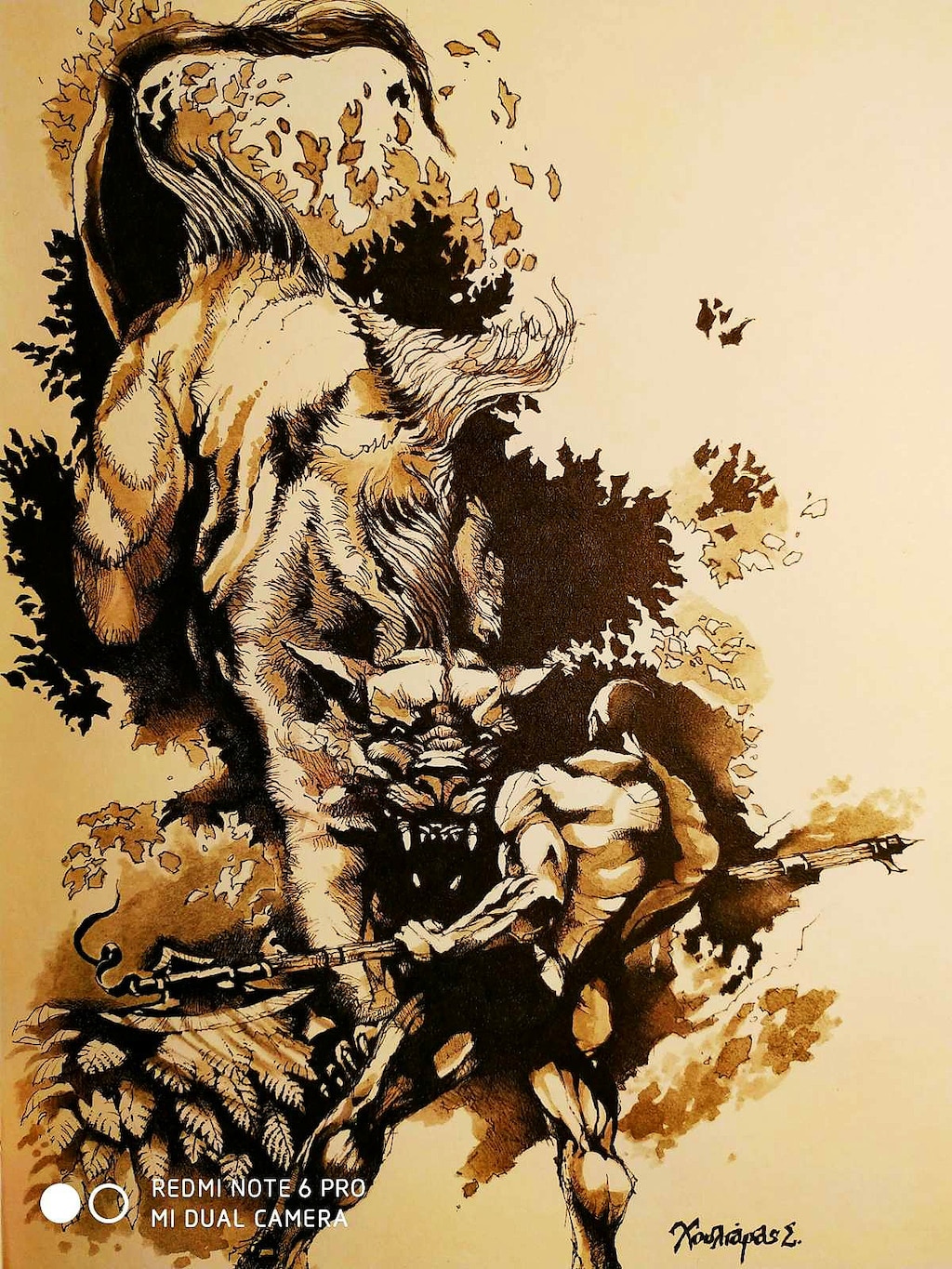 No space Characters Guide DD-Modding
Informations, properties and how use no space characters in DD modding 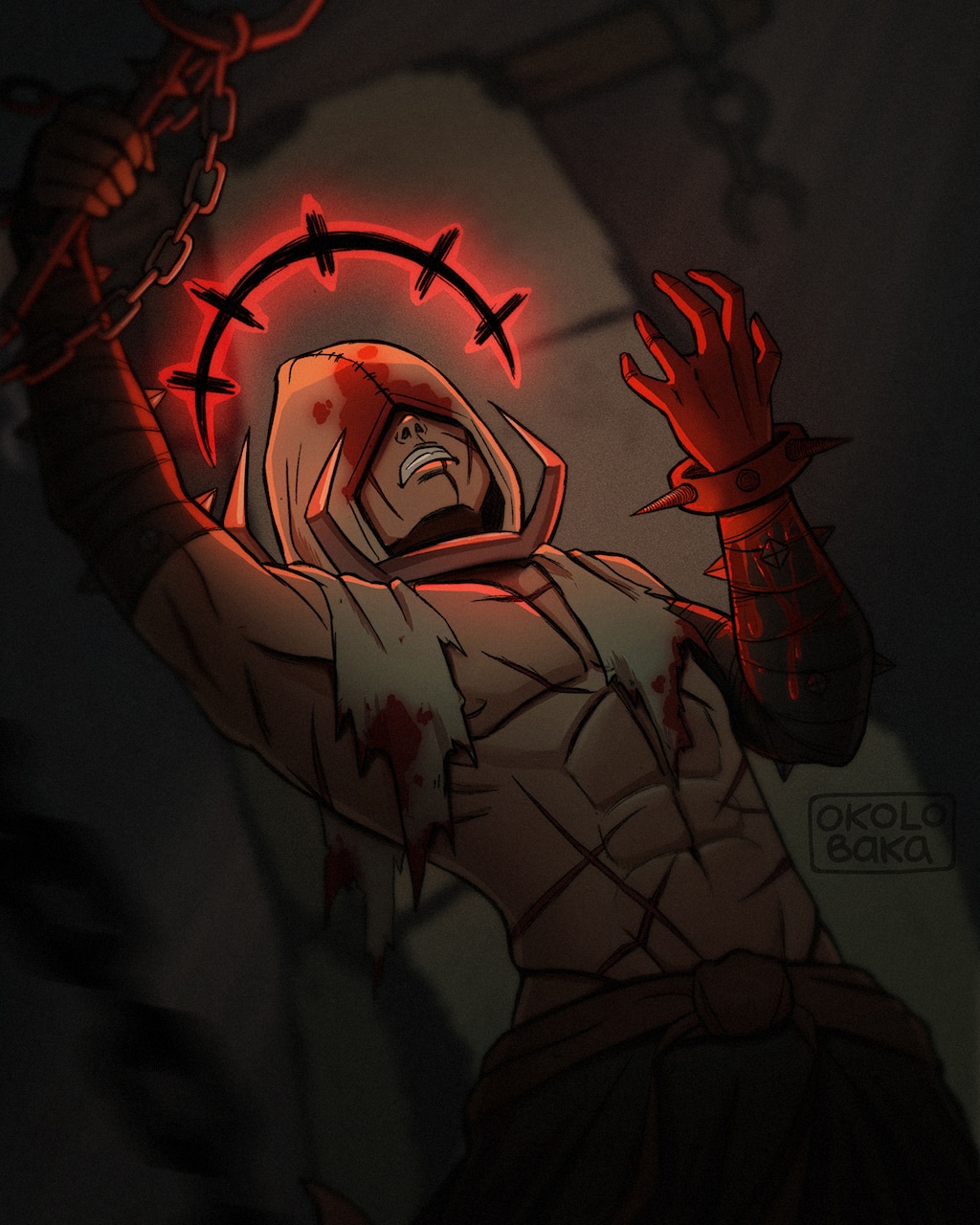 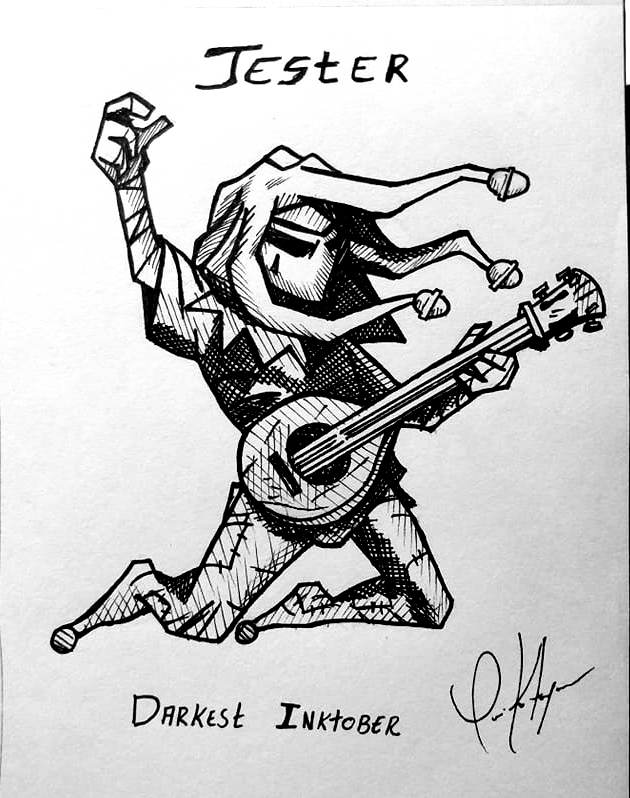 I hate my Internet
View all guides
Guide 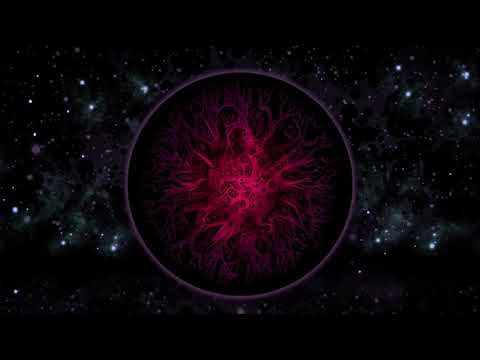 OmniPeasant
View videos
Reminded Why I Quit Playing Darkest Dungeon
So I saw a streamer playing Darkest Dungeon and was enthralled by the new classes modders had introduced to the game, so I came back and started a new game. Everything was going awesome, I was thoroughly enjoy the new classes, everything was going great until I decided to try my first Medium challenge. Then all that came to a crashing halt and I got a harsh reminder of why I stopped playing Darkest Dungeon. Went into the mission with my strongest crew, equipment and skills upgraded as far as I could, pr...
75

Archgoose
4 hours ago
General Discussions
Darkest Dungeon 2 FAQ
EGS / Platforms / Versions How long will it be exclusive to EGS? On PC, Darkest Dungeon 2 will be exclusive to EGS during its time in Early Access. The 1.0 will release on other PC storefronts. Will it come to consoles, and when? We have not finalized our console plans yet. Will we see a physical release? If there is demand, we think this would be great to do again! EARLY ACCESS When in 2021 will Early Access launch? We’ll commun...
926

Satoru
12 hours ago
General Discussions
Flag trinkets?
I'm struggling with the Flag. I currently have the martyr's seal and resurrection collar. His abillities are: Punish, reclaim, exanguinate and redeem. Are theese good? Help pls
7