Emperor Edition is the definitive edition of ROME II, featuring an improved politics system, overhauled building chains, rebalanced battles and improved visuals in both campaign and battleEmperor Edition contains all free feature updates since its release in 2013, which includes bug fixes, balancing
$59.99
Visit the Store Page
Most popular community and official content for the past week.  (?)
2022 - What mods are you using?
What mods are you currently using in modern Rome II. Please post overhauls and smaller tweak mods as well.
12

Recommended
152.4 hrs on record
I am a 45 yo father, probably one of the oldest people playing this game. I am a single farther to my Son, who is 14 now. My son got this game for Christmas in 2021 from his uncle, so we installed it on his computer and he started playing. By the end of the week he had 24 hours on this game. This was horrible for me, as it was already hard for me to find ways to spend time with my son, as he is always out with his friends or just watching YouTube. So I decided to make a Steam account and get this game to see if I could maybe play alongside him. I loaded into the game, picked my character and world and started playing but I was stuck on what you where supposed to do. I asked my Son for help and he hosted a game for me to join. I loved it as it was the best time I had spent with my Son since my wife had died. This game has ever since brought me and my son closer again and now we actually spend time together outside the house together as well. This game reminded me that there's fun to be had in everything, and it has brought both me and my Son many happy memories.

Sun Tzu's The Art of War
The Art of War is an Ancient Chinese military guidebook written by the strategist Sun Tzu during the Period of the Warring States (402-221 BC). This is not my writing, I merely put it into guide fromat to help Total War players who want to increase thei...
183 ratings 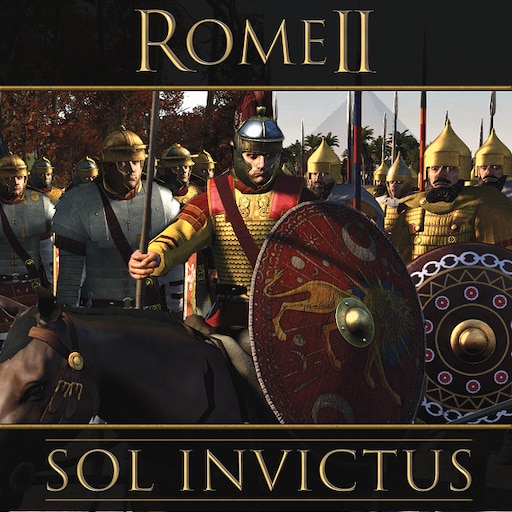 Recommended
546.3 hrs on record
caesar did nothing wrong

Total War: Rome 2 - Faction Guide (Grand Campaign, IA, HatG, CiG)
This guide provides a short overview of the military aspects of each faction in the Grand Campaign. It aims to help players understand the model of each faction and what to expect in the campaign.
58 ratings 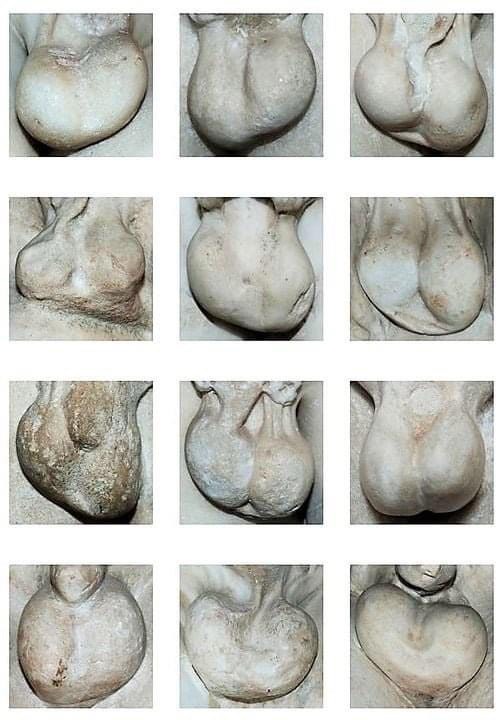 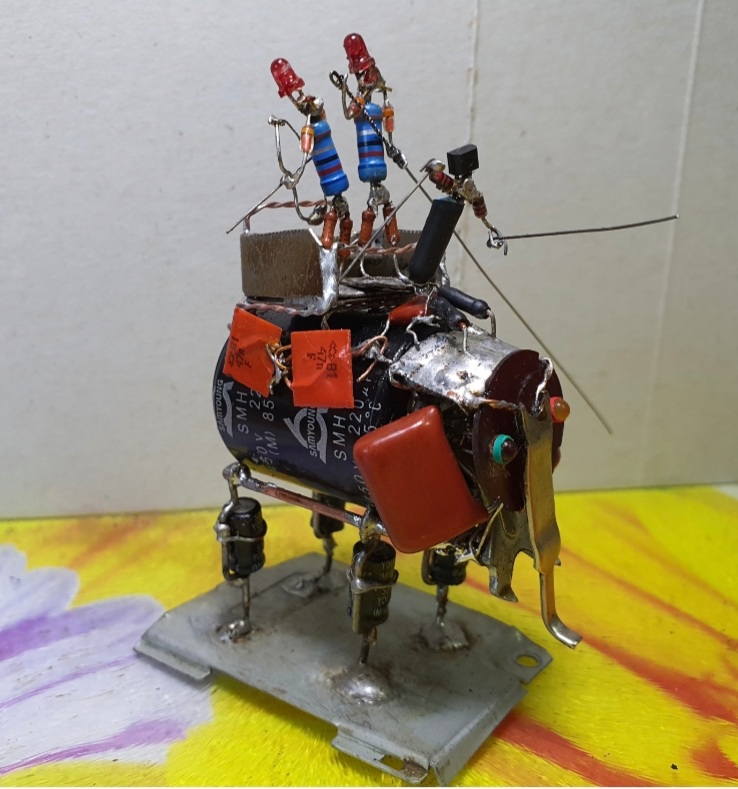 Recommended
605.0 hrs on record
I think I have a fair amount of hours to say that overall, this is a really good game, and so far, my favorite total war game. However in saying that, I do not believe it is the best total war game. While I love it very much, I fully acknowledge that previous total war games twice it's age still were doing better in many aspects of play, and enjoyment. Though I don't think that means this game is a total let down, as I genuinely love it with a passion, and my complaints while sometimes major aren't deal breakers.

My first main complaint by far is difficulty. This game is often times far too easy, as some factions will not stop steamrolling once the ball is rolling. Rome itself is apologetically overpowered, and while they are the literal name of the game. The problem resides that it makes Rome almost unfun to play if you know what you're doing, as even a 12 man garrison of a random town in Africa, will often have over a thousand legionaries more than capable of holding of 4000 of a mid tier enemy army. Which leads further into difficulty, as the AI will almost never field high tier armies, often opting on some occasions for mid tier armies, and almost always resorting to a low tier spear units that at best roadblock you from progress for 5 minutes. To some this might be a bonus, but I think it hurts replayability very much. You can only have so much fun killing spear units that do a whopping 13 damage to your 105 defense, 60 damage, javelin volley throwing maniacs known as almost all mid tier sword units, let alone the high tier ones you'd surely field after decimating spear armies for so long.

What should be mentioned is this is not always true, as for some factions, the difficulty is actually quite good because the early game is challenging, which makes the mid to late game steamroll feel rewarding. Almost all celtic factions suffer from public order very badly, and as such, make it very fun as you have to manage your budget, and armies accordingly to prevent revolts. Empire divided for me personally has the best Rome experience, as Aurelian's rome is horrifically hard early game, and the subsequent unholy steamroll that follows if you don't give up, is immensely enjoyable.

A few other complaints I have are missile units feel very poor compare to older games in regards to sound design and animation. This is admittedly small, but noticeable. I encourage you to watch medieval 2 gameplay of archers vs rome 2. You'll notice a very noticeable decrease in quality in sound design, animation, and even graphically. A game almost a decade older outperforming a new game in the same franchise is borderline unacceptable. I am willing to forgive it as ultimately archers in Rome 2 I believe preform far better than in medieval 2 in terms of combat effectiveness. Usually being honestly op in some scenarios if you really focused on bonuses just for them in mind, but I digress.

On to some positives that make me come back to this game a lot!

Rome 2 has many, many factions. A total of 117 (DLC included), however many share a lot of the same roster, and culture, but often field a few unique units and buffs to them exclusively. Regardless of the of the "samey" kind of feeling many factions can offer you due to similarities, it still is a lot, and even just half of them being good is more than enough to satiate someone's lust for replays. However, I want to immediately highlight 6 in particular I think deserve recognition. 3 I've personally played, and 3 I think look extremely unique and fun, DLC included.

(Factions I've personally played)
1. Kush (Desert kingdoms dlc) CA went far too hard for the desert kingdom dlc in general, all of the factions are glorious, but Kush stood out to me in particular. Fielding one of the most unique rosters I've seen, and that is almost always capable of being improved. All while being in an amazing start position. Makes this faction an absolute treat to play.

2. Aurelian's Rome (Empire divided) As mentioned, this is Rome, but challenging. I imagine many won't like it on that merit, but to those who do. Aurelian's rome was one of the most difficult, and rewarding campaigns I ever played in a total war game.

3. The Roman republic (Rise of the republic). Once again, Rome but hard. Very hard, however it usually steamrolls very quickly once you take care of the pesky, but numerous neighbors immediately hostile to you. The roster being of the very early Roman republic, which most would hesitate to even call a professional army, feels incredibly different from base game Rome, and empire divides.

(Factions I plan to play, and believe will be very fun)
1. Carthage. Carthage is the only playable punic faction, and one of only two factions to have 3 dynasties to choose from to get a variety of different faction bonuses. This coupled with it's free upkeep merc army capabilities with enough dedication, makes it seem like a constantly changing and unique army builder.

2. Nabataea. (Desert kingdoms dlc) A desert faction that embraces Hellenistic culture, and solid cavalry. A dream come true for me, as Hellenistic and desert factions are by far my favorites. The roster including pikemen, desert hoplites, and axe and sword units seems like truly a treat to behold for battles. That in the income trade bonus is actually amazing if you really take advantage of the Mediterranean.

3. Macedon. Probably the ultimate greek faction, giving you all of what you could want, with what I believe is the best pikemen in the game. Coupled with hopelites, and fairly good cav. The hammer and anvil was never better than with this faction!

Overall, I think I've ranted on enough about this game, perhaps to an unhealthy degree.

My ultimate take is, I love this game, and I almost wish I could go even more in depth. I however do fully admit, it might not be for everyone, and that's okay. I give it a strong recommend, and think the desert kingdoms dlc, empire divided, and rise of the republic are very worth while dlc purchases, if you do so happen to enjoy. Thank you for reading, if you did. 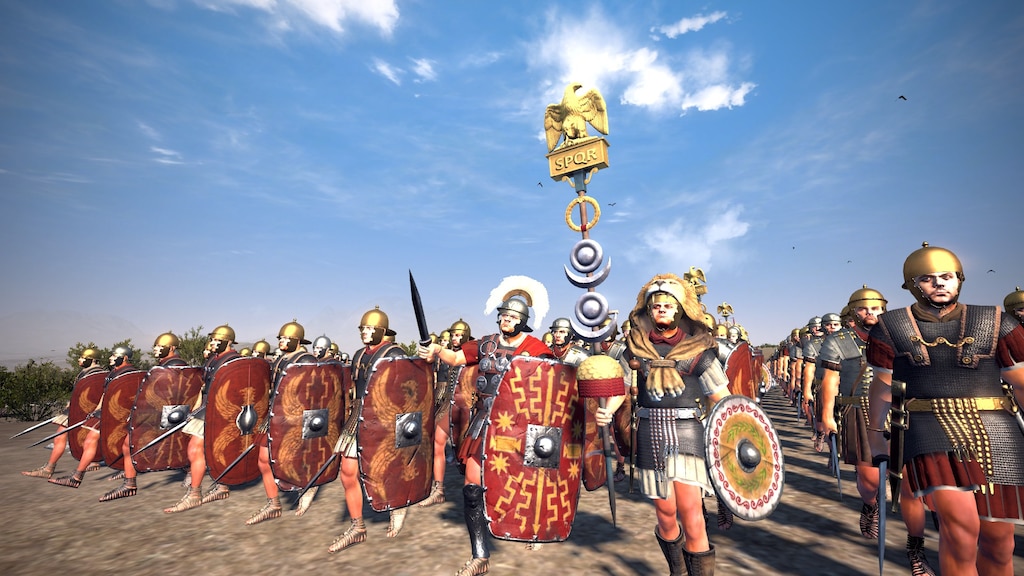 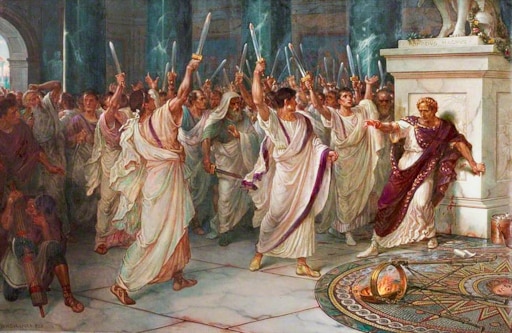 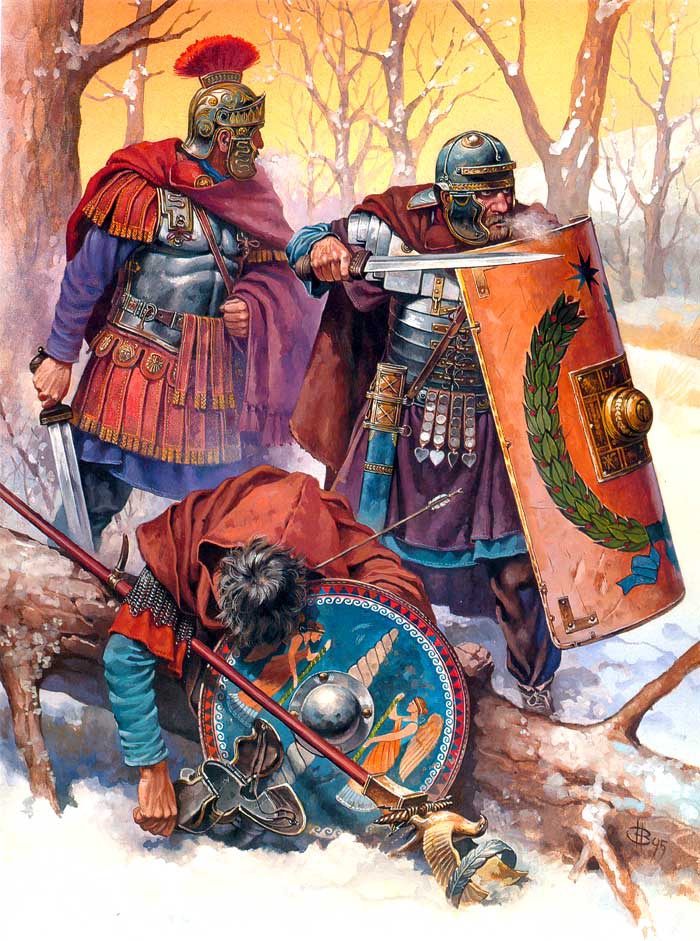 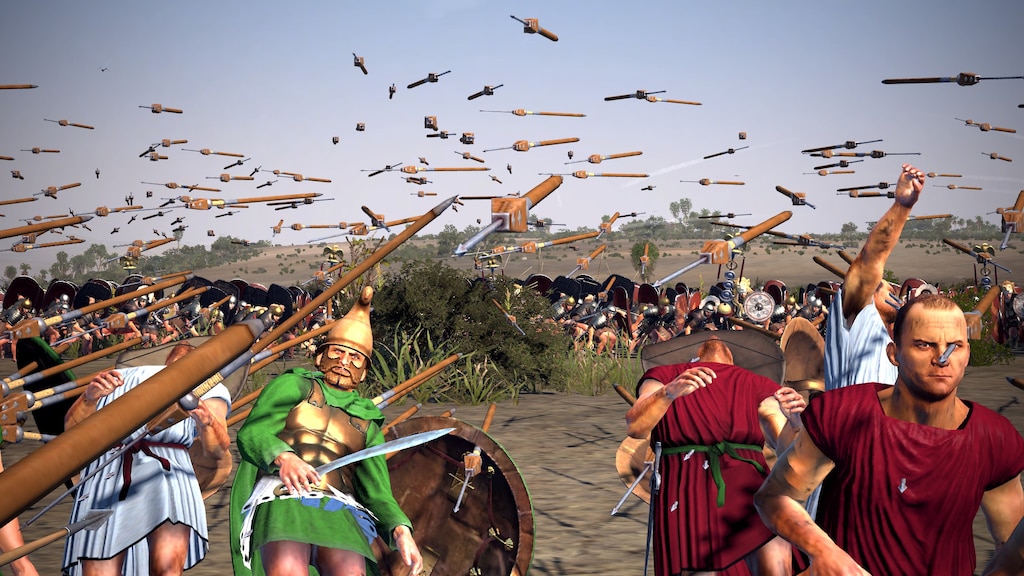 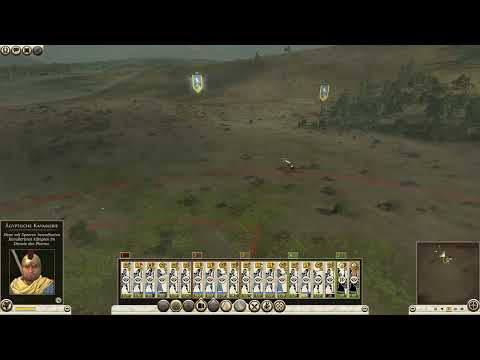 0
0
rome 2 - everytime fascinating what details that game have 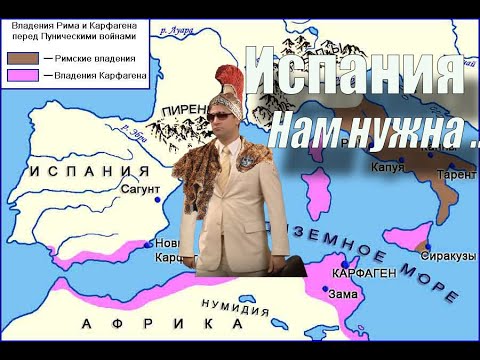 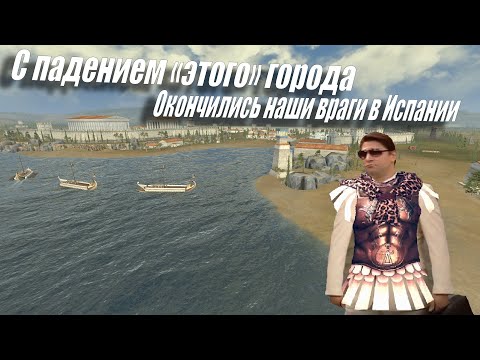 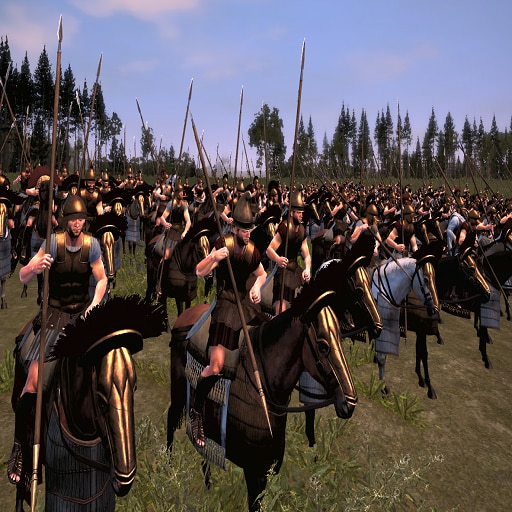 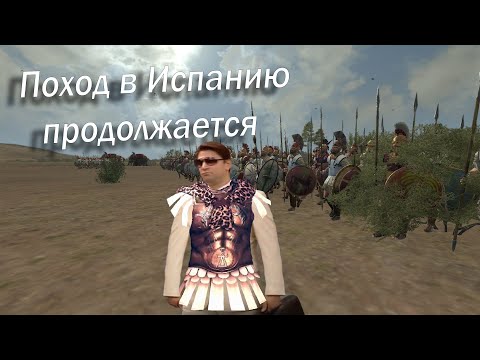 Мужик тракторист
View videos
Rome remaster or This?
please let me know what to buy?
10

TheFibrewire
May 14 @ 8:59pm
General Discussions
Parthia and order public with DEI
I have a problem with Parthia in mod DEI (divide et impera). All leaders have "disdained faction leader" (-5 order/turn). On the other hand, influence inevitably increases, the ruling dynasty becomes frightening (-5 order/turn). It follows that cities have a public order that drops to -100 and make them unmanageable. Does anyone have any advice or an explanation?...
3

Anton
18 hours ago
General Discussions
MOD REQUEST
Salve rome 2 friends! I'm in need for a sub mod for a mod, a new fantastic reskin mod called Sol Invictus from the Rome 2 HD team has recently come out, it is for the Empire Divided campaign and affects the 3 roman factions of Palmyra, Aurelian Rome and Gallic Rome. Its great but there is a certain detail that kinda bothers me, there is an specific helmet type called the imperial italic H which is not being used by the main roman faction of Aurelian's Rome, Gallic Rome is the faction that currently use it...
9

Mr D
10 hours ago
Workshop Discussions
Rome 3. When is this happening?
We have waited long enough, right?
59