Total War: SHOGUN 2 is the perfect mix of real-time and turn-based strategy gaming for newcomers and veterans alike.
$29.99
Visit the Store Page
Most popular community and official content for the past week.  (?)
SHOGUN 2 Free-LC: Battle of Kawagoe
Oct 14 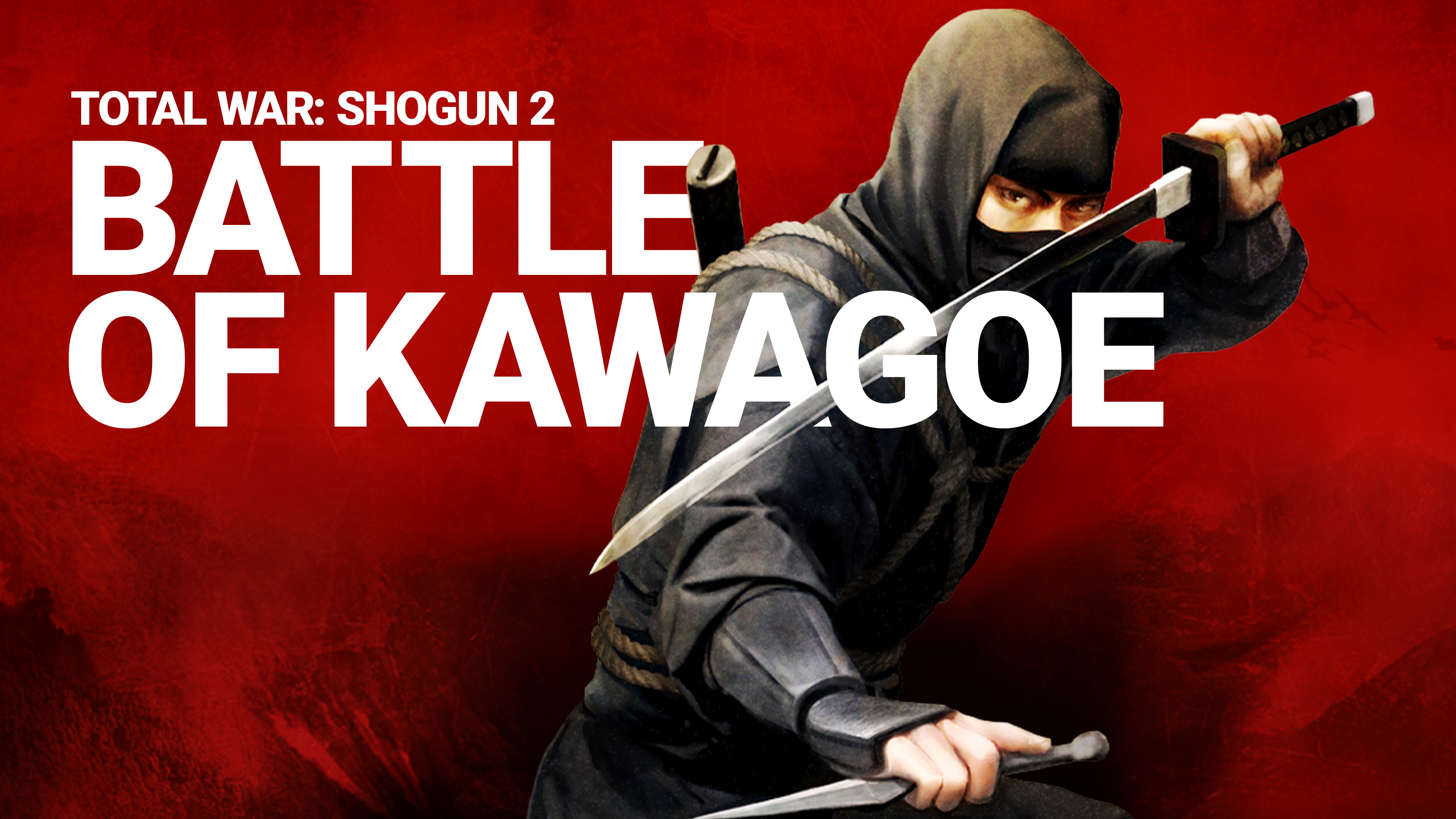 To celebrate SEGA's 60th Anniversary, we're giving away one of the most impressive tactical battles in Total War: SHOGUN 2!

Originally only available as a pre-order bonus back in 2011, the Battle of Kawagoe is now free for everyone.

Will you be able to replicate General Ujiyasu’s success in the Battle of Kawagoe?

Total War: SHOGUN 2
5,844
155
I bought TW Shogun 2 with the FOTS and only got FOTS
The title says it all. I know FOTS is almost a game on its own so I wondered if I had only bought that but in the steam store, it says I have the normal version
19 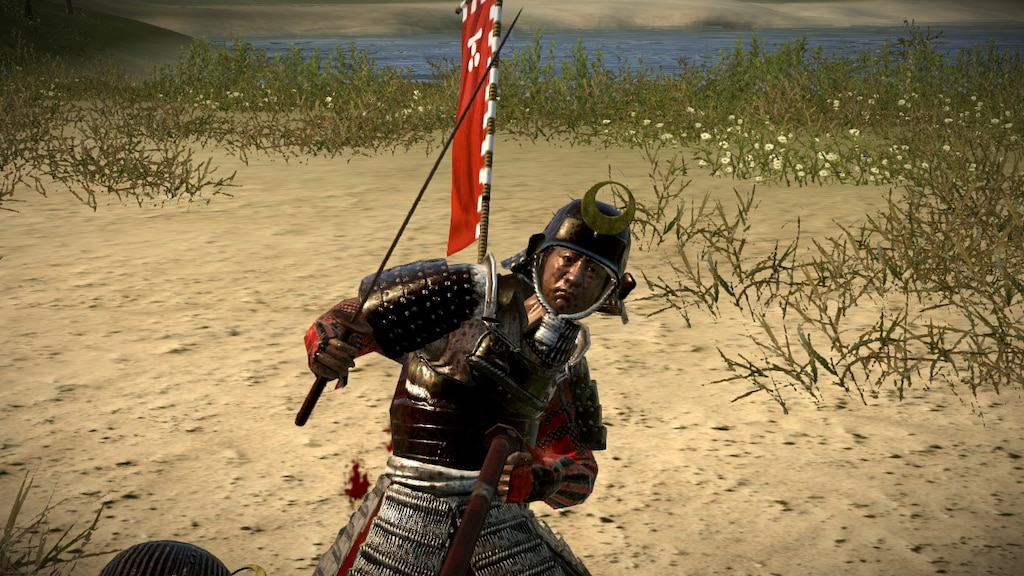 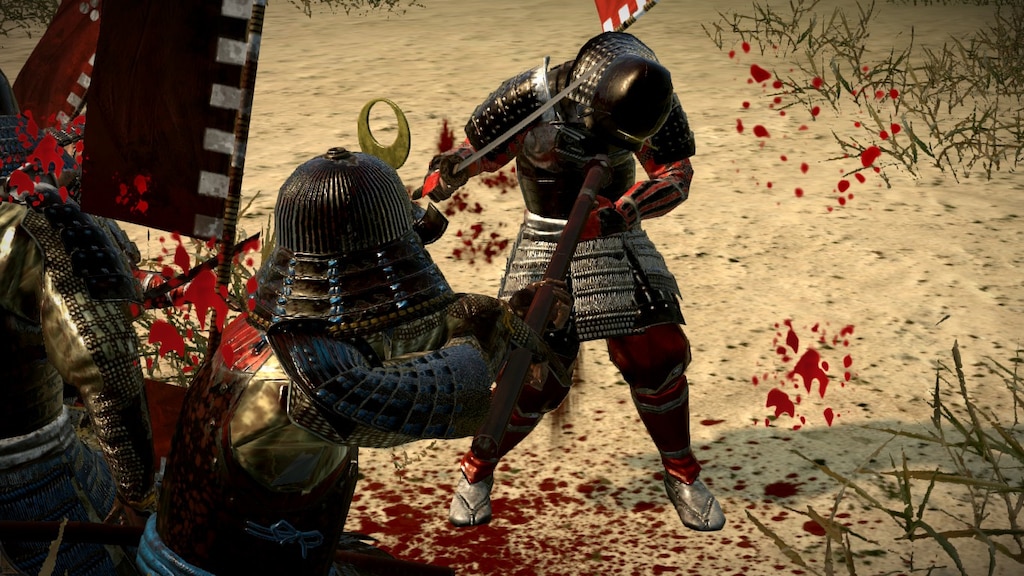 0
10
Spear thrust to the chest

Recommended
13.6 hrs on record
Product received for free
✔Pros:
+ The overall gameplay is simply phenomenal
+ The visuals are great, the micro and macro animations are all there
+ The map can be smaller than the others game from the franchise but is still pretty good and solid

🎬Introduction
Total War: Shogun 2, also known as my first Total War, and possibly one of the best games in the famous strategy franchise depicting the 16th century in Japan during the Ōnin War aftermatch.

📜Story
The game depicts a Japan divided during the Ōnin war aftermatch like I said above, where several different clans try to gain control over the Shogunate. You can play a campaign as one of the many clans, and try to become the Shogun, "the military ruler" of all Japan.
https://steamcommunity.com/sharedfiles/filedetails/?id=2302655325

🕹Gameplay
The game, like most Total War's, has simply phenomenal gameplay. In my view, we can divide it into various aspects, combat, diplomacy, and economy. Being all these after divided into different paths that can be followed, later interconnecting, and creating strategies.
https://steamcommunity.com/sharedfiles/filedetails/?id=2302655712
But by focusing on each of the important aspects of gameplay, let's start with combat. I must say that at this level beats any other game of strategies.

The game introduces you to several units, allows you to position them where you think best, and uses several different formations. I fell in love with it. It's giving the player the freedom to become a general and really command his troops, and I don't think you can say it's complicated to command them, since the commands are based on the use almost only of the mouse and are nothing special, but think of a strategy for victory, that yes is complicated. It's true that other games also leave you in power this way, but with armies so well-formed, I can't find another franchise like Total War with that of that freedom.

It's also possible to let the computer do the battles for you during the game campaign, but at least I'd always prefer to end up being the one trying to think a little bit about how best to win.

Moving on to diplomacy, and is important to have, let's say, a diplomat attitude in this game, and not declare war against another clan without first analyzing it, and trying to destroy its connections. It is also of extreme importance to create trade agreements, sometimes offering money, giving permission to pass troops into your territory for some turns, or by an alliance.

It doesn't seem like it, but in Shogun 2 it's also recommended to have an eye on your lineage and see if everything is going as planned, because with different people in power, differently will also run the game.

The economy system of Shogun 2 is also a masterpiece, simply because as you should calculate, without money there is no army. Exist many ways to make money and different ways to keep it. As I said earlier, enter into trade agreements with other clans is always a good way to end up with too much money in your pocket. But also if we improve our cities and plunder others, we will end up doing well economically. Remembering that these acts end up influencing what later may happen in this region.

Another important point to pay attention to in a good economy is to see the units that are being used since better units end up costing more money and being a bigger expense.

Now I'm going to try to expose a little more, and I'm going to talk about the game map. You should like it, it's not as big a map as other games in the franchise, it features only the island of Japan, but it's still big enough and has enough clans to create a challenge for the player. I also think it's important to say how you move your macro army, that is, how you move your troops on the map, and you can advance more or less per turn depending on the number of troops you have in the army.

As you can see, the gameplay of Shogun 2 has a lot to talk about, but what if we notice it is funnier, is that everything is connected.
https://steamcommunity.com/sharedfiles/filedetails/?id=2302654552

📽Audio & Visuals
The visuals of the game are basic, nothing special, and I must say that for 2011 I still consider that they are very good and solid. The animations I must also say that they are undoubtedly good and I loved to see the armies fighting each other. All the little fights are animated, it's amazing how the games manage to have such a good macro and micro in terms of visuals.

At the audio level, like the visuals, they're good and solid, and they really don't have anything special. They just fit the game well

🏁Conclusion
In the end, the only think that completely defines Shogun 2 is the word, masterpiece. I have nothing to point out bad to the game, simply perfect in every aspect. I just don't give the game 100, because I'm looking at it these days (11/20) and I think with the same money you can buy other games from the franchise better.

- I had a clean experience. With my fps between 60 and 120 and without having any fall. Pretty good! 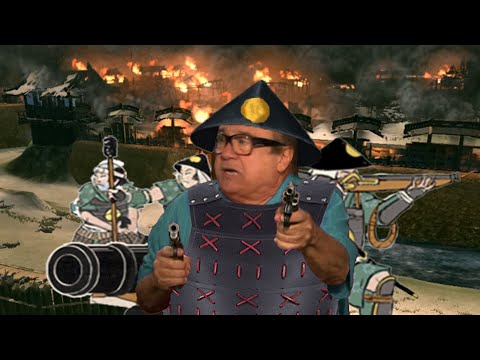 No One In Particular
View all guides
Guide

Shogun 2 Achievements
All of the achievements you can get playing the Shogun 2 game including the Fall of The Samurai DLC. This is a work in progress and many achievements appear to be bugged.
50 ratings

Recommended
18.0 hrs on record
Japan is cruel and beautiful. Patterned silver armor, curved helmets, shiny katanas, sakura, snow-capped mountains, whimsical castles, colorful standards, ninjas and geisha ... And all this is perfectly portrayed in this strategy, Shogun 2 is a strategy where fighting is as honorable as trading or negotiating ... Every trip here is a responsible event (the political situation is unstable). It doesn't matter with whom you have trade agreements or friendships in general. Betrayed in a second. For the first ten hours, it is generally difficult to hold more than 3-5 cities, every second without fear of a riot. Get ready for all sorts of surprises! The battles remained practically the same as in Rome, only firearms were added to them in the later stages of the game. But fighting is still interesting 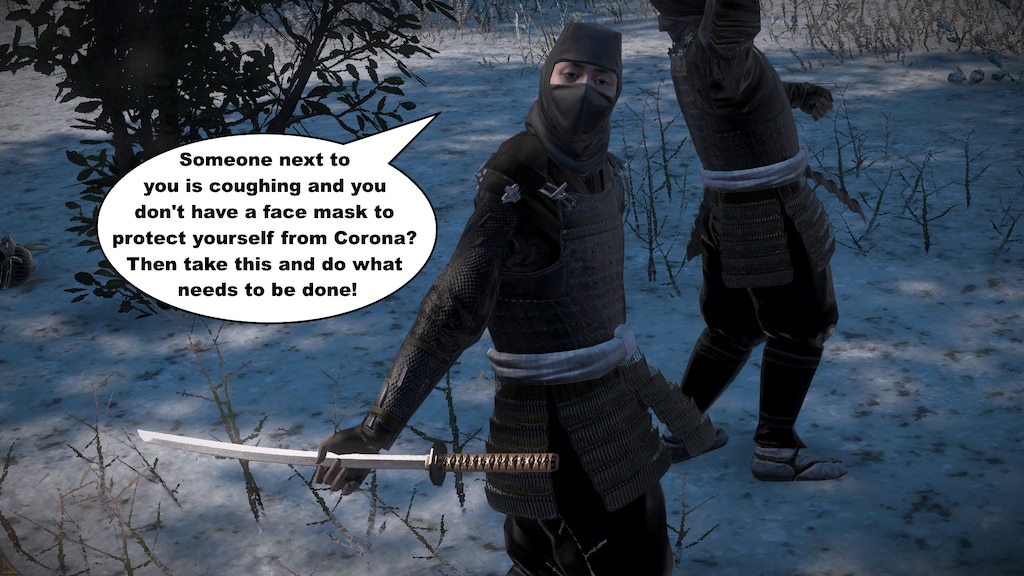 1
5
Stay protected at all cost 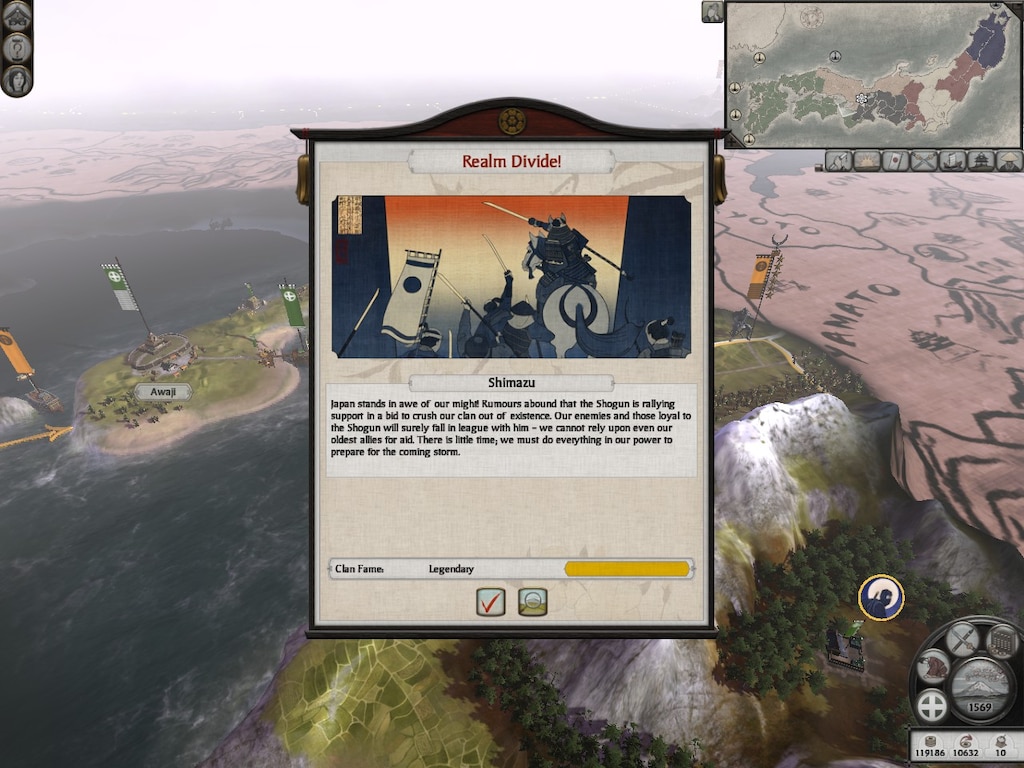 Recommended
20.3 hrs on record
One of the best games I have ever played 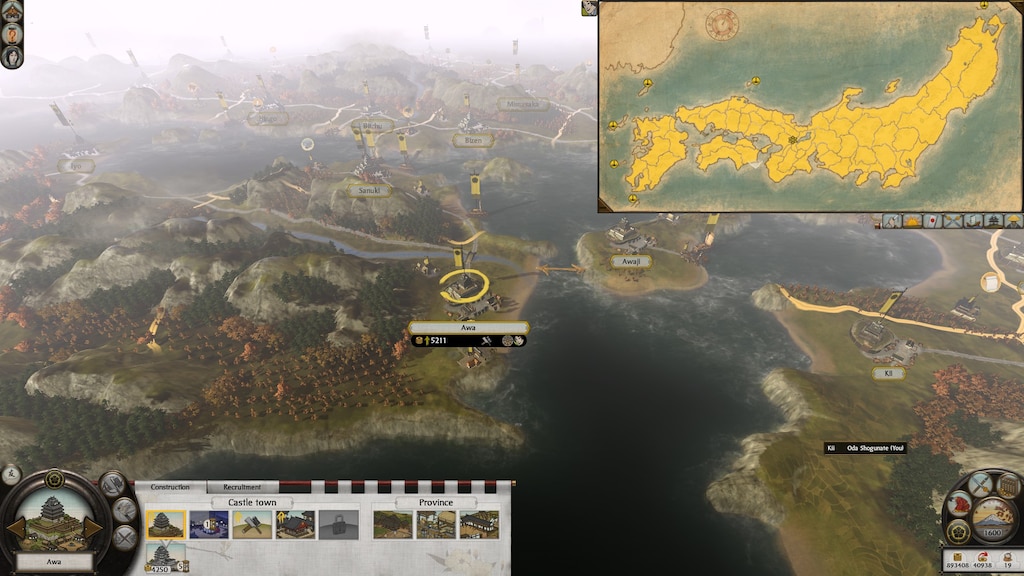 Noey
View screenshots
Victory conditions year
Greetings! If it is stated that victory conditions are: capture and hold 25 provinces and kyoto by the end of the year 1575. If my current year is 1560. do i have to keep my provinces for 15 more years? Also, if my vassals become enemys, will i loose territory count?...
5 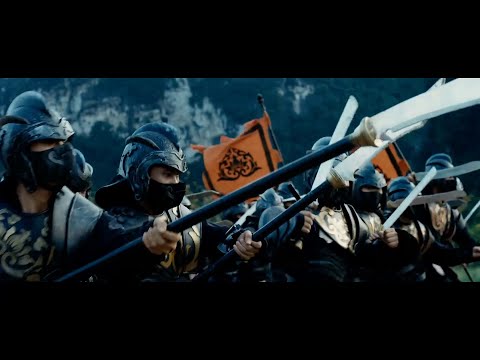 1
2
Total War Games in a Nutshell 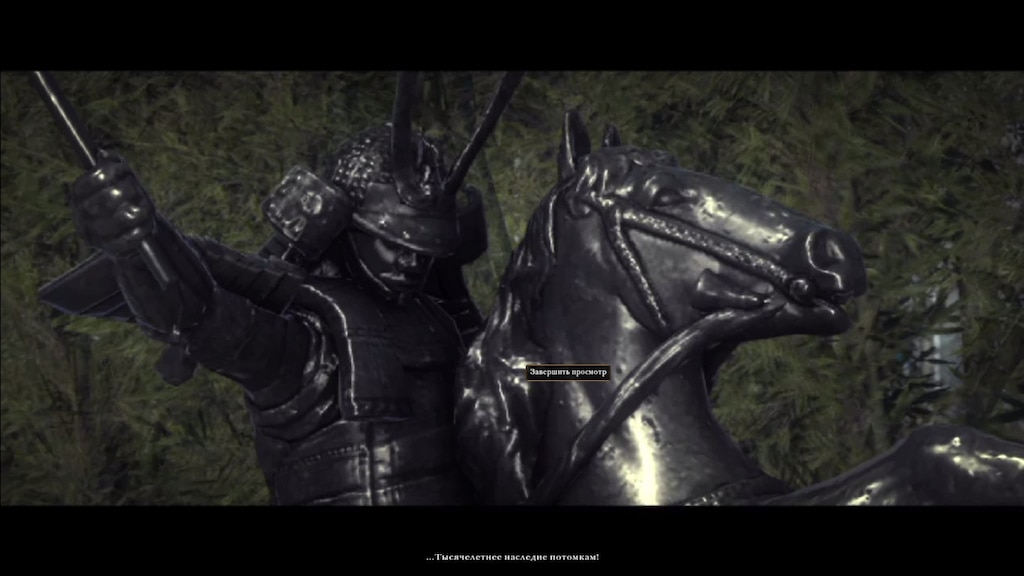 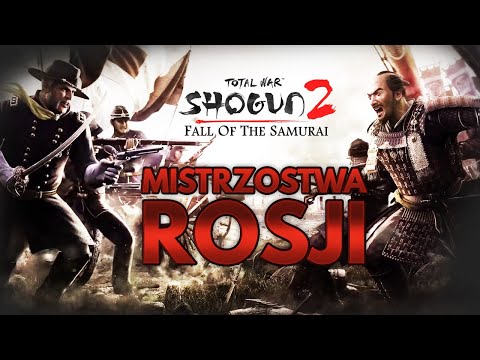 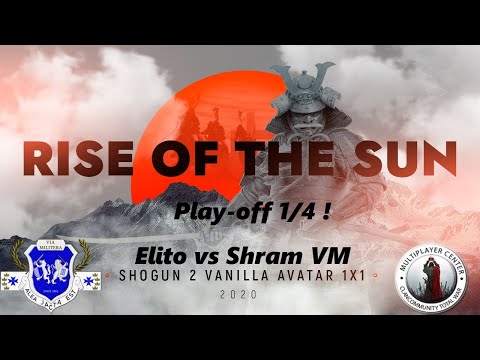 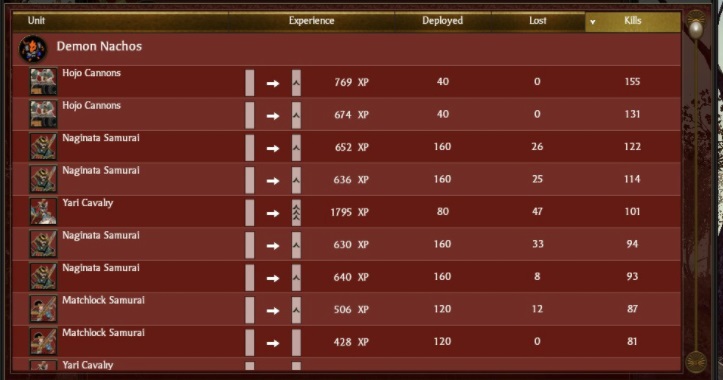 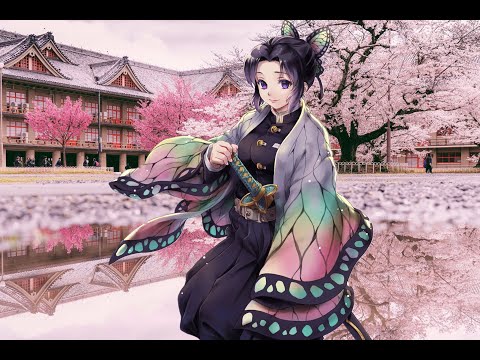 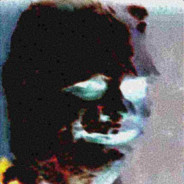 Adompop
View Steam Workshop collections
FOTS: Wanna get the base game
What the title said. I want to get the base game, however I've heard that there can be... problems. Is there any advice on how to get it working properly or should I just stick to FOTS?
10

Emperor Cheesius Secundus
Dec 3 @ 5:47pm
General Discussions
Dragon battle pack and other DLC's broken/don/t show up
I downloaded the 8 DLC bundle deal and only a few of them work, I have uninstalled the game and DLC's, then reinstalled the main game and DLC's one at a time. All the modern units are no where to be found, this game works better torrented than when you actually buy it. Does anyone know how to fix this?...
1