Disco Elysium - The Final Cut is a groundbreaking role playing game. You’re a detective with a unique skill system at your disposal and a whole city to carve your path across. Interrogate unforgettable characters, crack murders or take bribes. Become a hero or an absolute disaster of a human being.
$39.99
Visit the Store Page
Most popular community and official content for the past week.  (?)
Celebrate three years of Disco Elysium
Oct 25
This October marks the third year of Disco Elysium. Since its initial release in October 2019, Disco Elysium has evolved into Disco Elysium - The Final Cut and has continued growing – with the game now available to play in 12 languages.

Whether you stumbled upon Disco Elysium in the early days, or first woke up in Revachol recently: thank you. 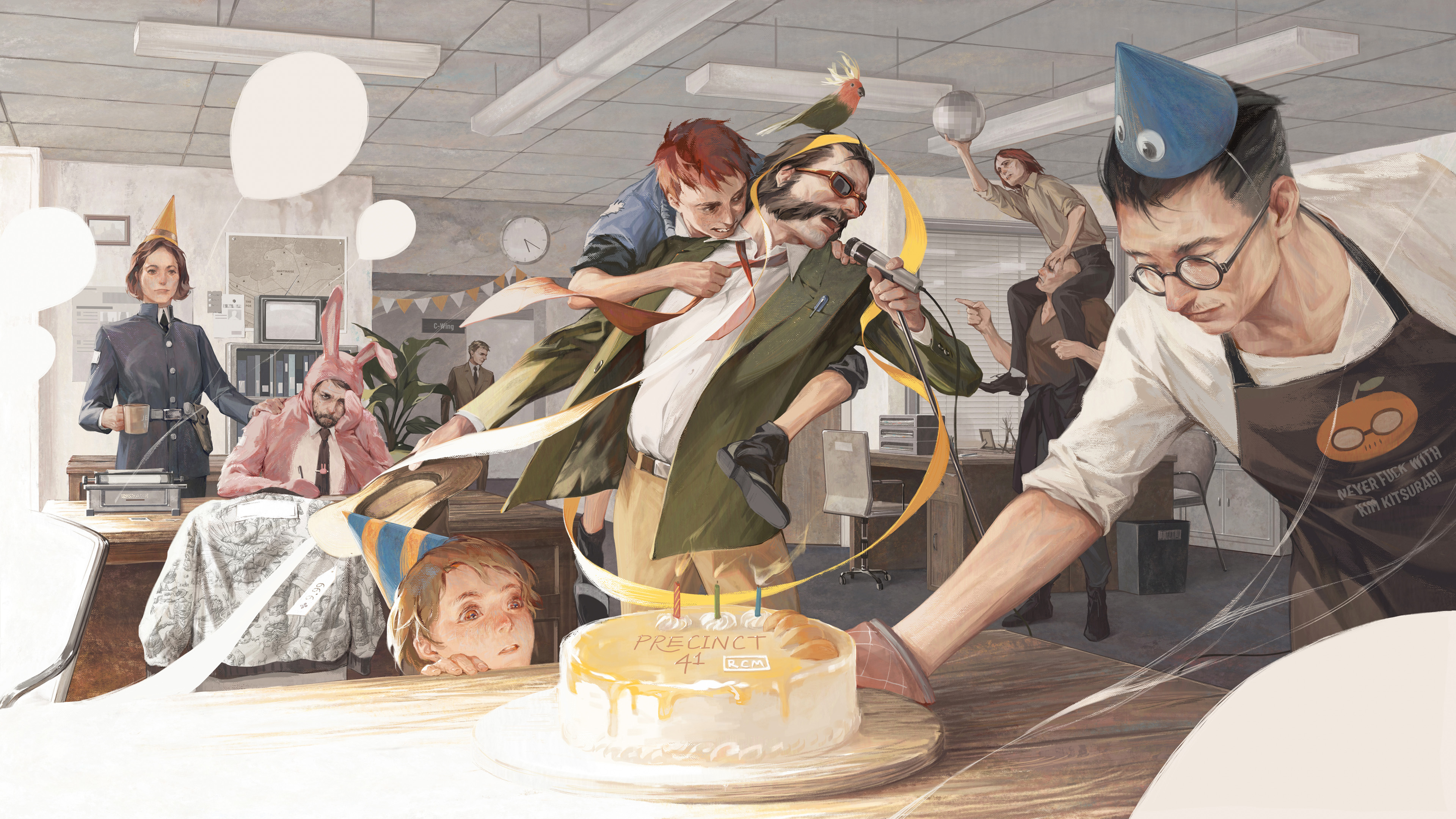 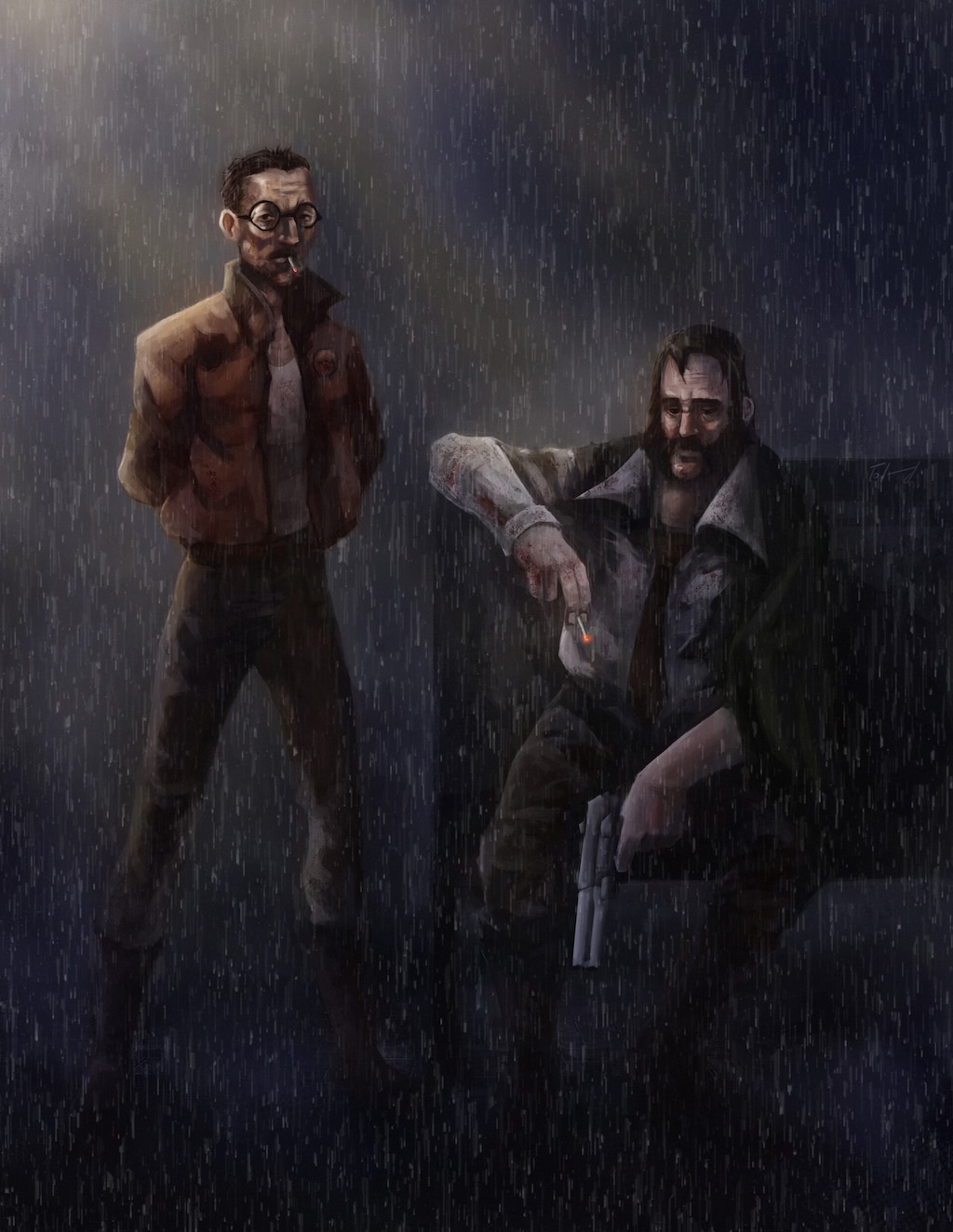 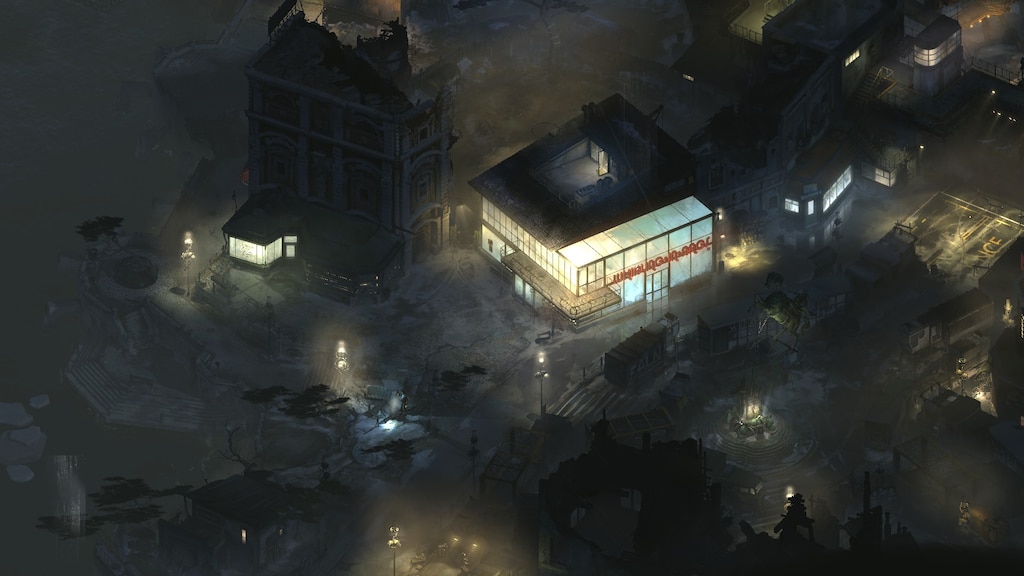 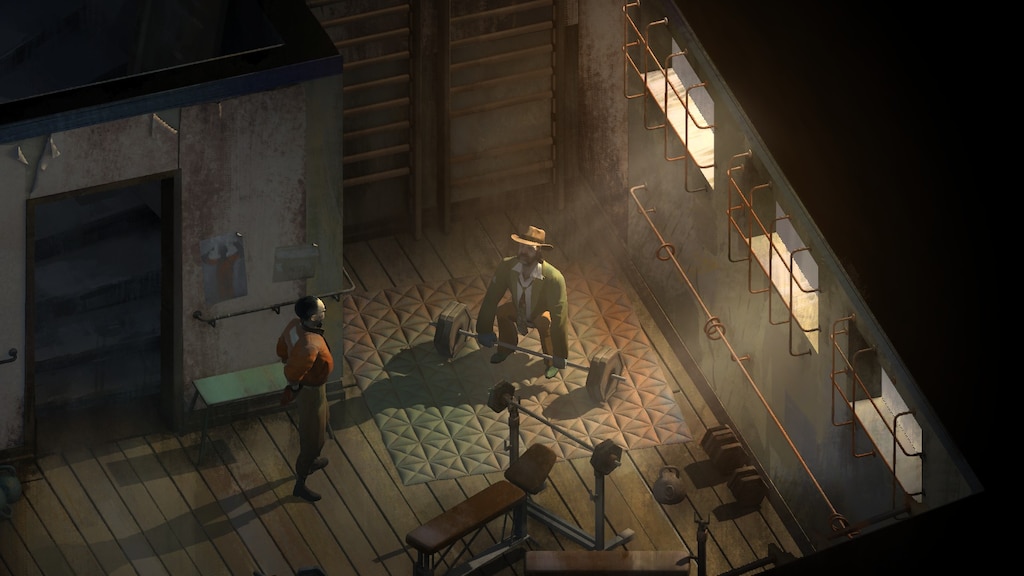 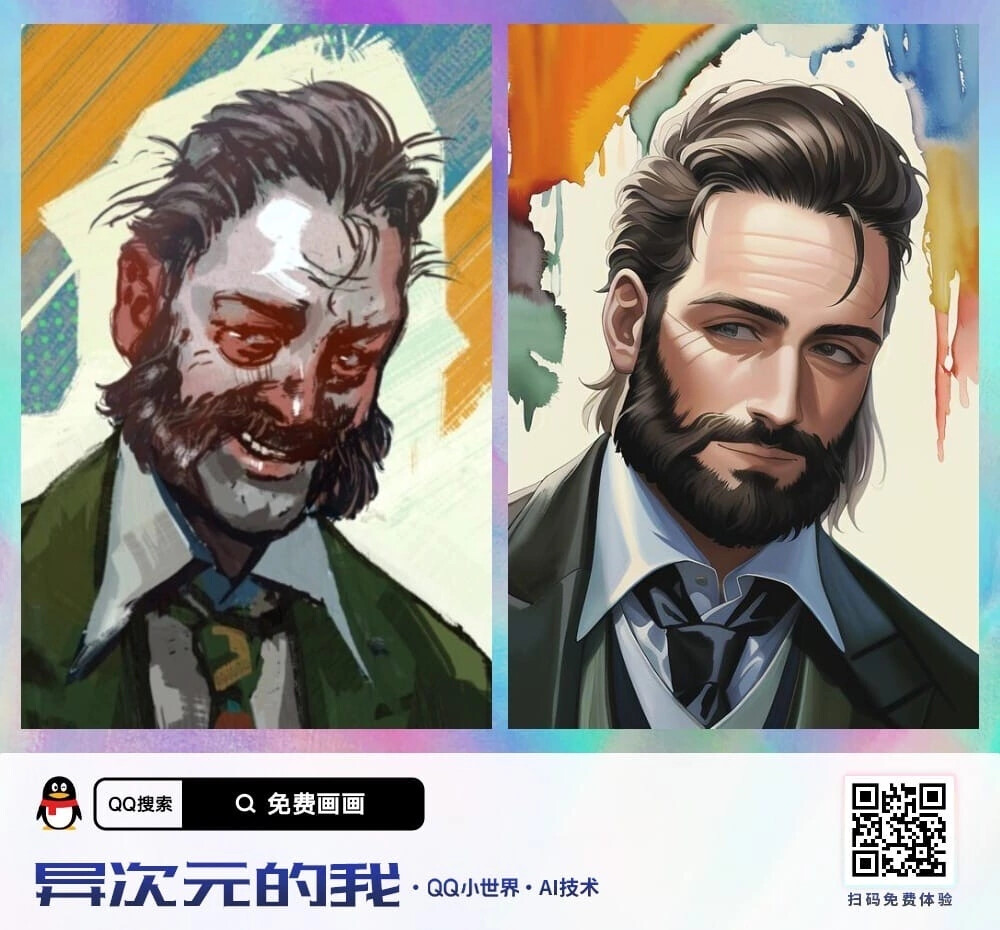 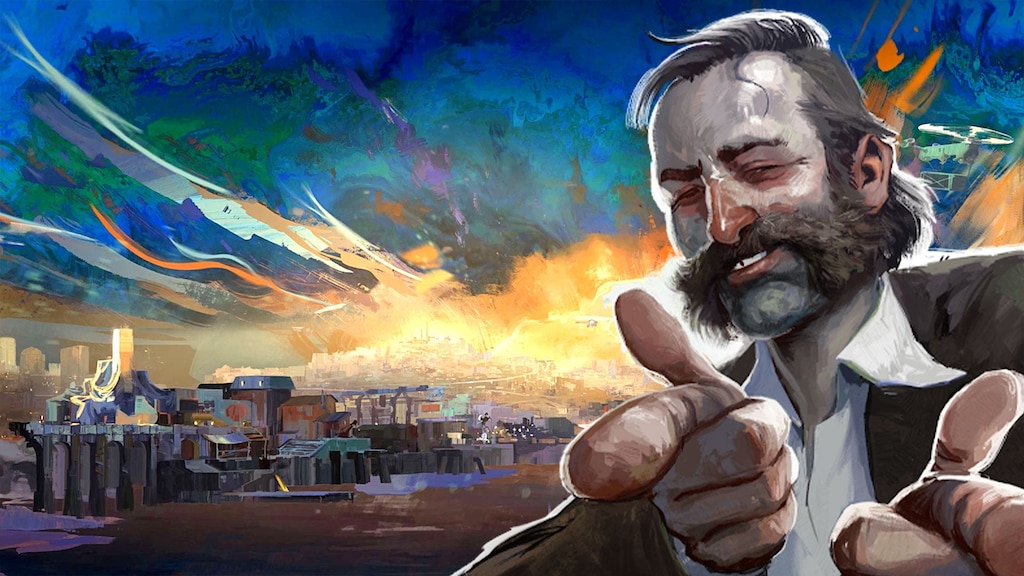 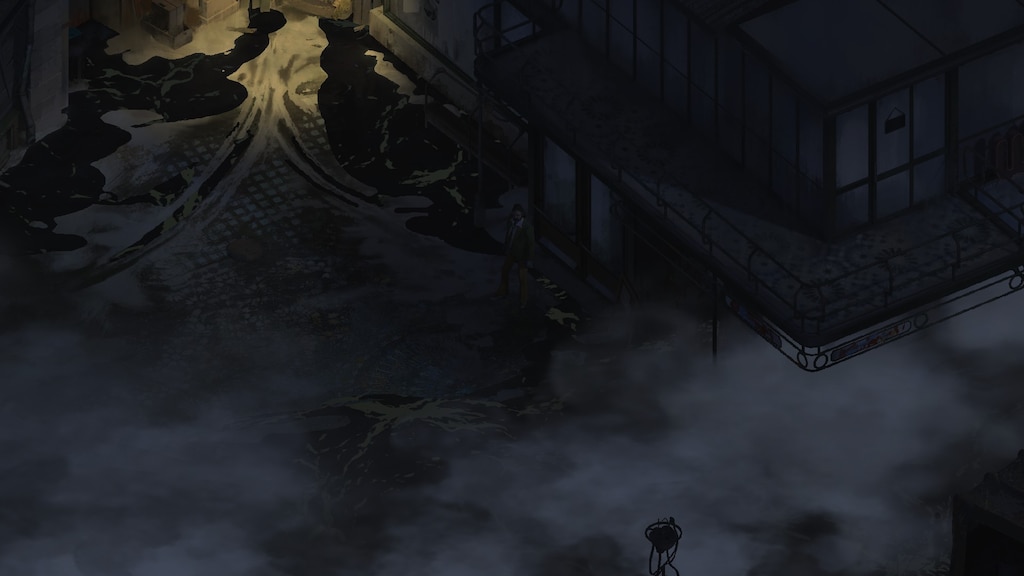 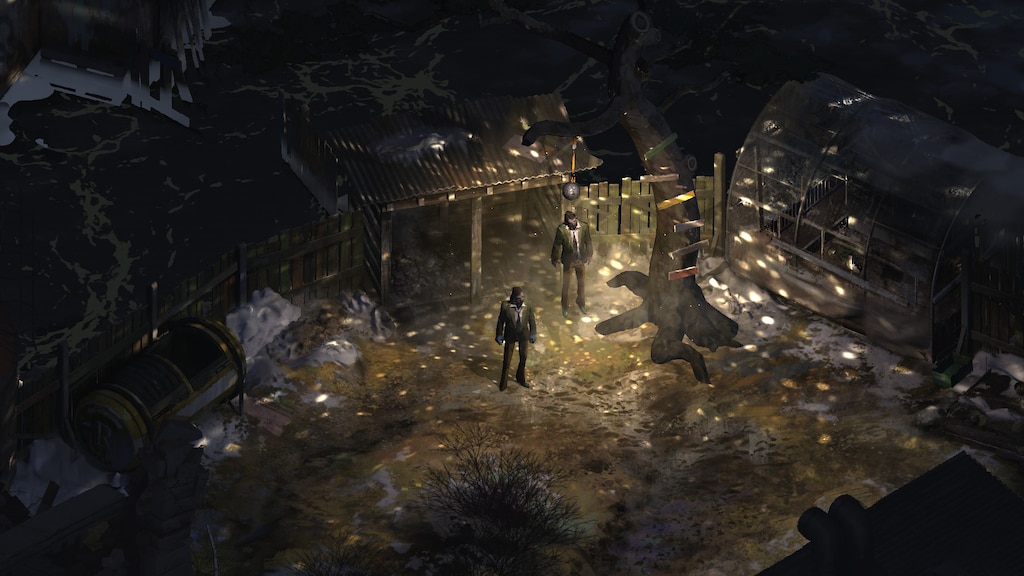 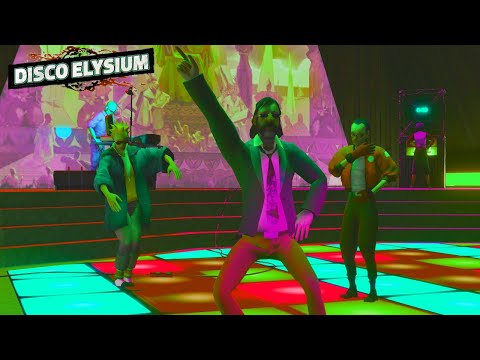 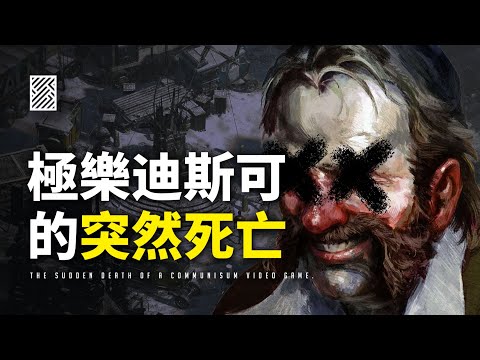 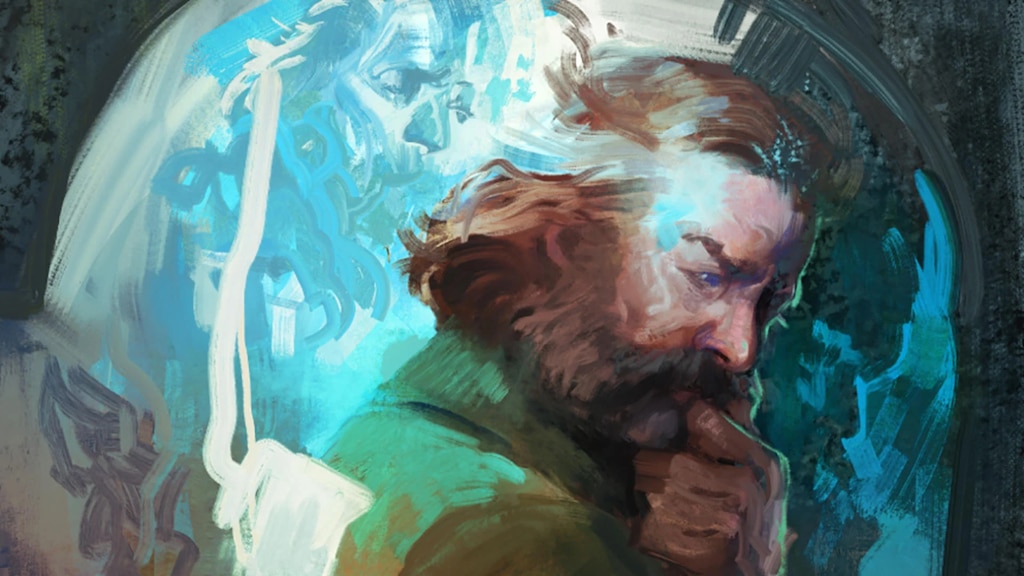 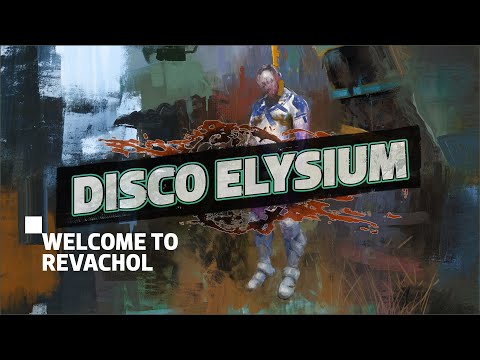 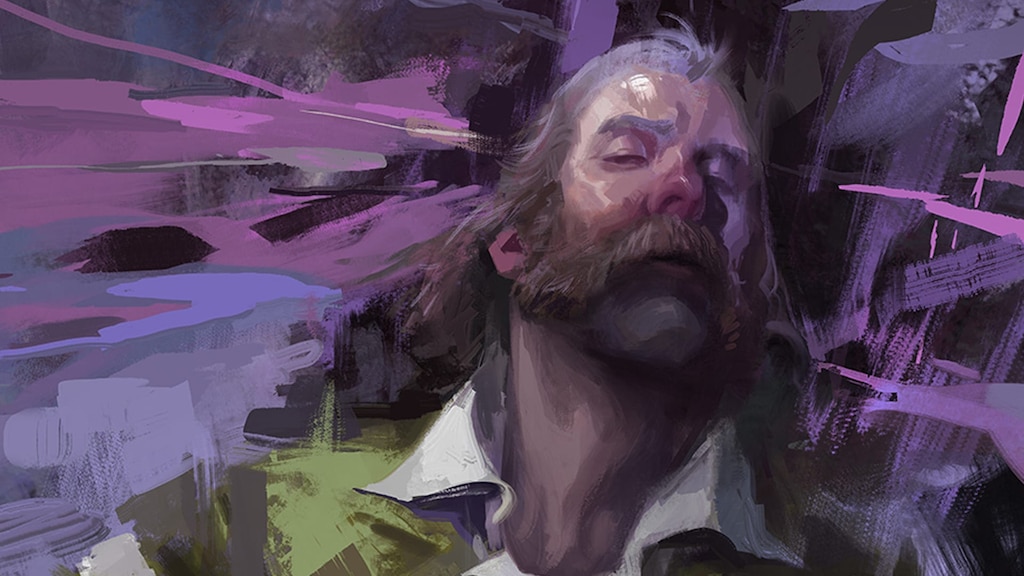 Not Recommended
16.3 hrs on record
I absolutely believe everyone should play Disco Elysium. However,

DO NOT BUY THIS GAME

For those unaware, the company that actually gets the money from Steam purchases, ZA/UM, fired the entire creative team which actually created the writing and setting of Disco Elysium. These were the creators of the IP, who are now currently suing ZA/UM to recover their intellectual property.

Because of this, I cannot recommend purchasing this game, since you will not actually be supporting the developers anymore.

That said, Disco Elysium is absolutely wonderful and you should 100% find... other means... to play it without giving money to ZA/UM. 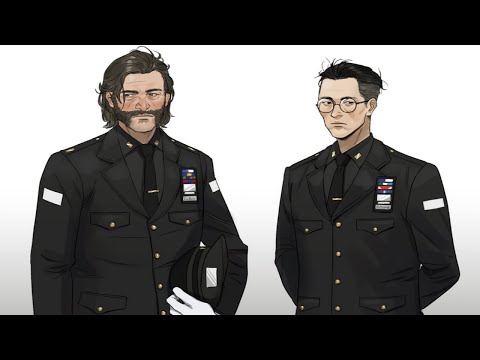 Recommended
38.0 hrs on record
Important Note
Before I start the review, I feel the need address the issue with ZA/UM. They fired the entire creative team which are behind this game. I was not aware of this until it was brought up in the review section by other players. The game is fun yes however if you are able to, find other means to play this game instead of purchasing it, I will still give it a positive review because of the game itself not because of the publisher.

Introduction
Disco Elysium is one game that I honestly didn't expect would live up to its hype. It seems over hyped and not my kind of game but oh boy did they blend RPG with Mystery elements well. Kudos to the team behind the Disco Elysium project. I picked it up recently when it was on sale and I'm addicted to it. I'm a big sucker for mystery game and combination of mystery and RPG is something that I have been longing for.

Gameplay
For starters, the game is mostly dialogue driven kind of like visual novel but distinctive enough that it is different from visual novel. The game allows you to move around investigate the area of Martinaise and do whatever you like. From time to time there will also be "Red Checks" and "White Checks" which you will need to unlock. You can either level up your stats or equip better clothing/tools to clear the locks on it. The "White Checks" can be redo as many times as you want granted that you didn't progress too far into the story which will sometimes eliminate the checks entirely. To unlock the checks its basically like "gacha" system where you will roll the dice and hope you get equivalent or higher value than the checks. I won't get too deep into its to prevent spoiler but you should get the gits of it, its basically like gambling and its chance based and the higher level of your "stats", the easier it is to clear it. Throughout the story, you will be presented with tons of choices and dialogues which are well written. Some NPCs will even have special remark on your clothing and appearances which is a plus in my opinion which make it a more immersive experience. The game has naturally day and night cycle and some events can only be done on certain time of the day. The game also allows you to tackle the main objective however you like which is investigate the murder that occur there. In my playthrough there's basically minimal to none restriction, you can do whatever you want in any order you want which is a big bonus in my opinion. The side quest of the game is also fun and some of it are even goofy. The wide array of dialogues also makes it interesting to interact with the NPCs. The jokes of the game are not too over, I think it is funny and some choices are just there to throw you off your game. However, if you don't like reading and crave for a lot of action then this is not the game for you. As for the soundtrack, What can I say? The game has HARD CORE! soundtrack and I really like it. The game is overhead perspective type of game which fits the game perfectly accompanying it with great music score. The graphics are wonderful, I really like the art style on this game. The scenery of the game is also something that needs more recognition, It is astonishing and I really like the overall aesthetic they are going for.

Conclusion
In Conclusion I think it is a great game, It might not be everyone's cup of tea but along with its quirky jokes, the scenery and even the music, this is one of my favourite game out there right now but due to what ZA/UM has done. It is really hard to recommend anyone purchasing this game. The only reason it receive positive review was because the creative team behind it did a fantastic job. In my opinion, If you like mystery and don't mind the extensive reading then this game would be suitable for you otherwise I won't recommend this to anyone that is looking for action. The game also have replayable value as I believe each experience will be different from the previous one.

Recommended
42.0 hrs on record
You take the engine, Kim. I'll hold the boombox. 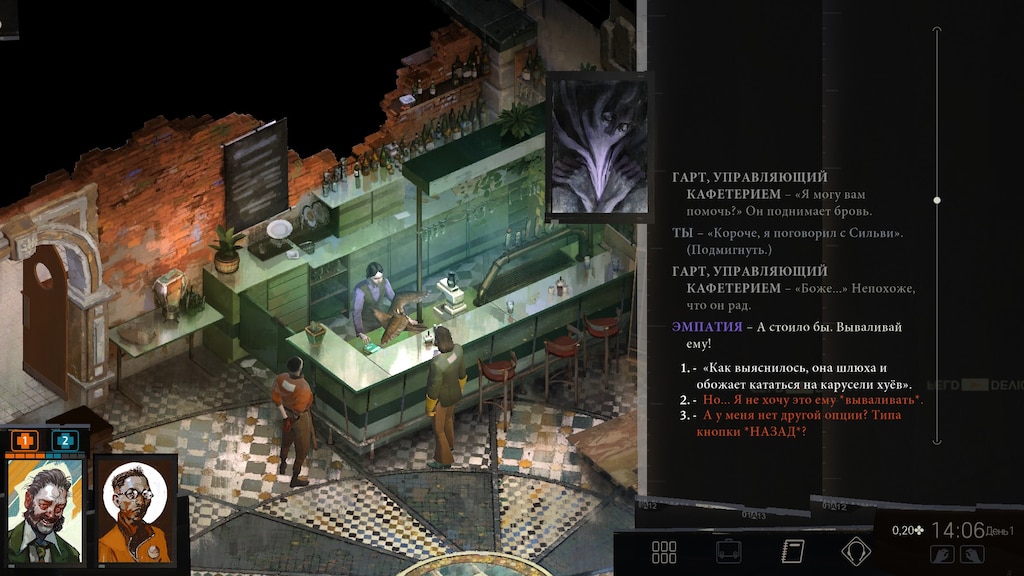 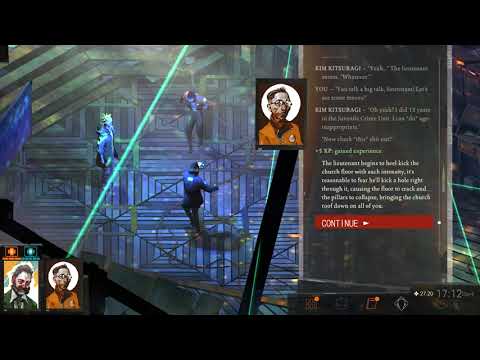 As of today, Disco Elysium - The Final Cut is available to play in Turkish!

A moment of appreciation for our Turkish-speaking fans for their continued patience, and a huge ‘thank you’ to Locpick for translating each and every word of Disco Elysium into Turkish.

To mark the three-year anniversary of Disco Elysium, you can now get Disco Elysium - The Final Cut at 75% off:

Disco Elysium
1,984
192
Translations/Localizations
From the FAQ - What languages is Disco Elysium available in now? The game is currently available in English, Simplified Chinese, Spanish, Korean, Brazilian Portuguese, Traditional Chinese, French, German, Russian and Polish. We are developing and working on rolling out other languages when they are ready. We appreciate all the requests and we'll do our best to translate the game as much as possible, where possible. We're a small team, and we're doing our best. We appreciate your patience. Many thanks....
3,894

ZAUM_Dani
Dec 2 @ 11:25am
General Discussions
Gosh this game is soporific.
The best example I have found of something overrated. It can't even be called a game.
83

Uhtred son of Uhtred
Dec 2 @ 12:45pm
General Discussions
80+% checks failing even 30 times in a row
Hello. Lots of dialogue checks are failing here, even at 97% of success! To be sure I'm saving and reloading before the dialogues, and retried all of them for 30 times. Nothing: still 100% fail . Can all of these dialogues be hardcoded to fail , or do I need to reset the game someway??? Can anybody help me?...
2

Djangoo
8 hours ago
General Discussions
Should I buy this game or not?
I was all set to buy this game. Decided to read some reviews first and alot of them say don't buy because the creator got a raw deal. So I'm asking. Should I buy it or not.
78