Age of Wonders: Planetfall is the new strategy game from Triumph Studios, creators of the critically acclaimed Age of Wonders series, bringing all the exciting tactical turn-based combat and in-depth empire building of its predecessors to space in an all-new, sci-fi setting.
$49.99
Visit the Store Page
Most popular community and official content for the past week.  (?)
downloading the game and
im stuck at 99%. sometimes it will hit 100% downloaded and start verifying only to go back to 99%. whats going on here?
1

Nightman20
10 hours ago
General Discussions
long turn times on games with lots of AI that go for over 300 turns.
I have seen this on age of wonders since shadowmagic, I really like to play a random map with 12 AI's and play for a really long game(in shadowmagic I have gotten to over turn(day) 1000) . Well when you get past a certain point it starts taking a really long time for the computer to makes it moves, like 10-18 minutes. And in the past it didn't matter how powerful of a computer I am on, the problem would happen when I played years later. Well the same exact thing is happening in plentfall., although I have...
12

deathphuck
3 hours ago
General Discussions
How do I play Vanguard?
I've been trying to play Vanguard for a while, and it is just not working. I do okay at first, but the first mid-game war invariably goes badly for me. I've been trying for long-range barrages from riflemen as a stopgap while I get walkers online, but it's just not working. What am I doing wrong?...
18

Factions and their units
(Update: April 26th 2021) New NPC guide has gone live! Hello everyone! This is a guide about the units for each of Planetfalls different playable factions. Here, you can find an overview of the stats of each unit (for example HP, armor rating and cost) as...
178 ratings 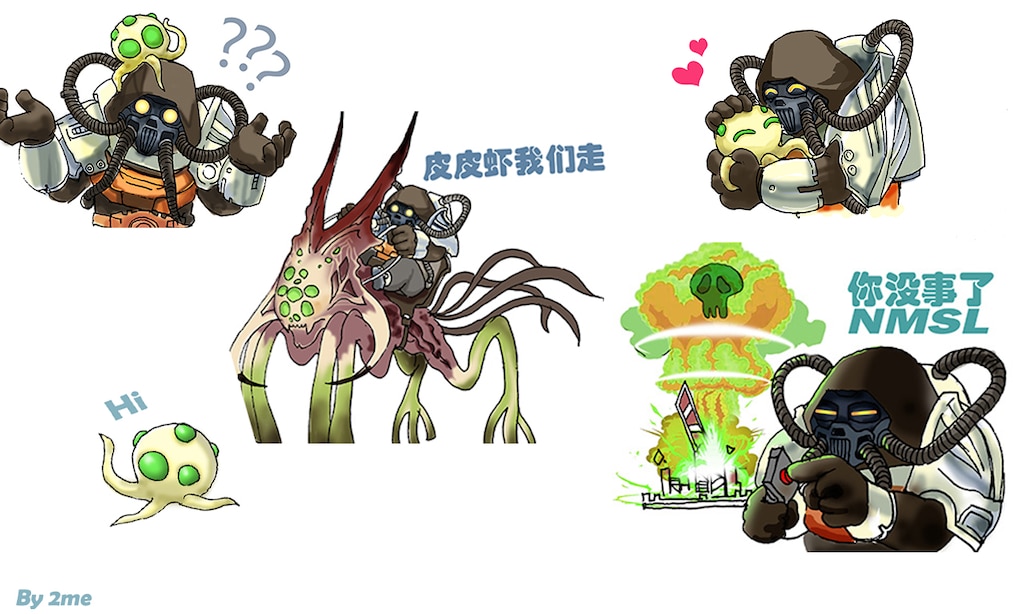 Game Mechanics and You
This game has some trouble properly explaining mechanics all over the place. I explain both the concepts and the numbers of the more commonly questioned mechanics.
163 ratings 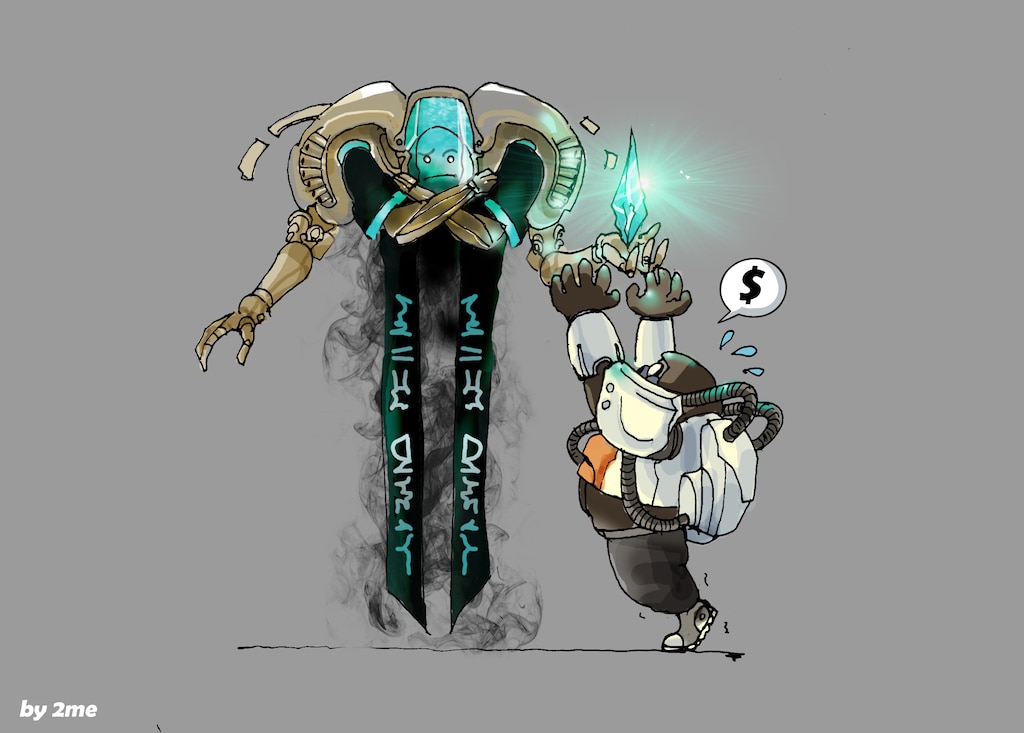 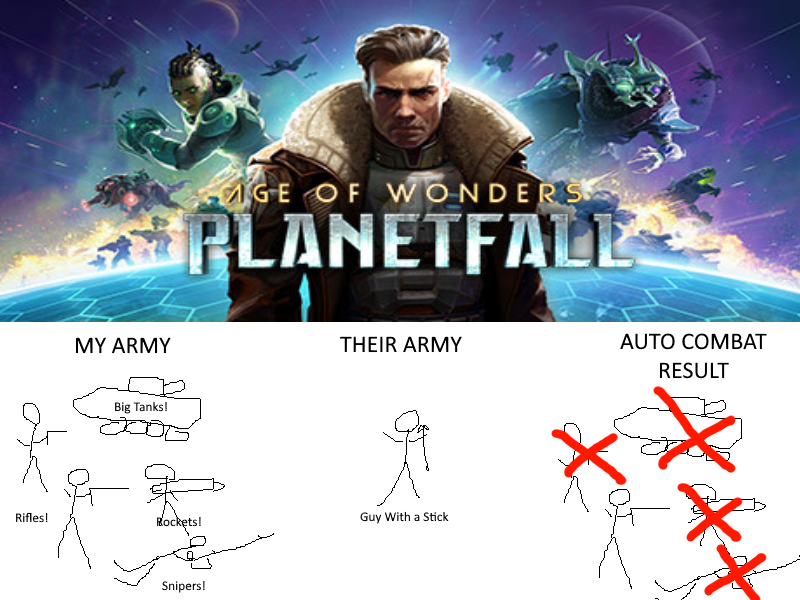 3
24
Auto Combat - And Why You Should Never Use It 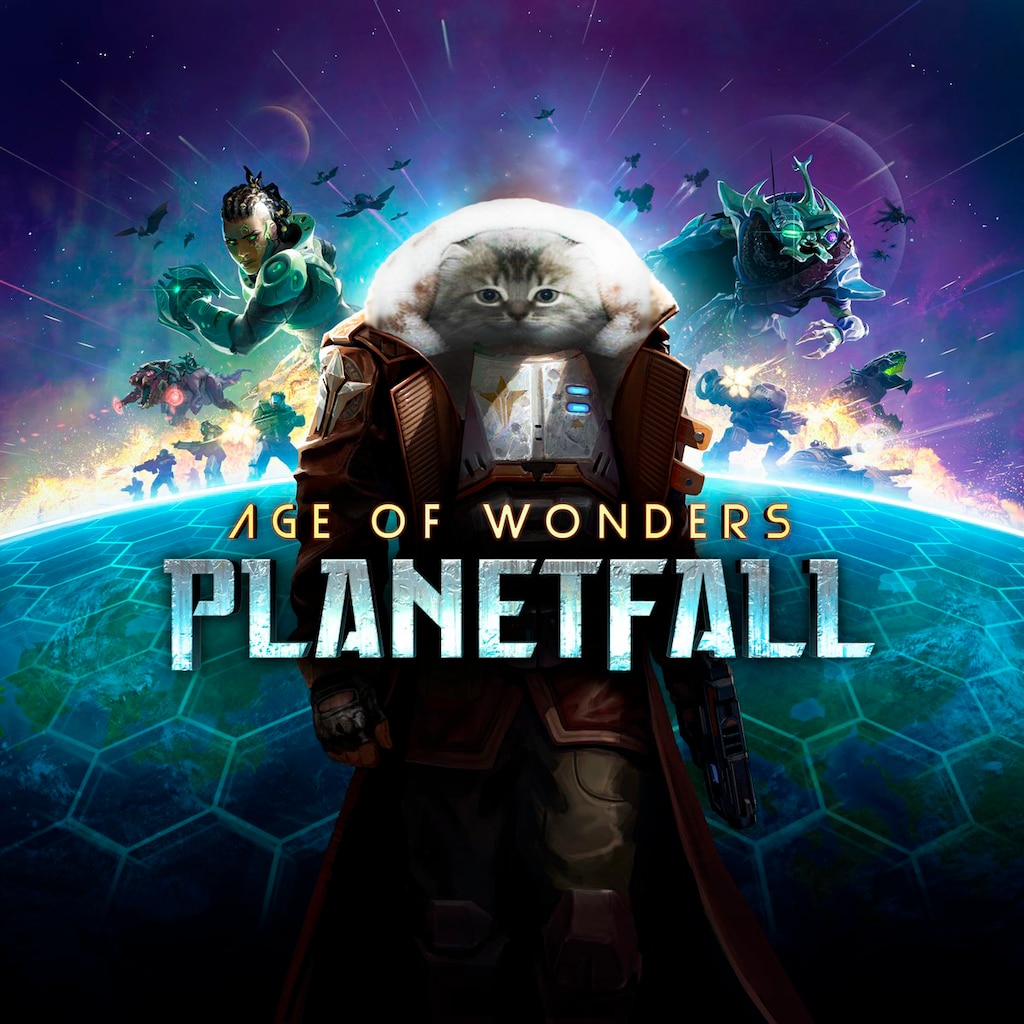 Age of Wonders Planetfall Console Commands
The cheats console can be opened by the Ctrl + Alt + C key combination. Then, type one of the following codes and press to activate the corresponding cheat function: Console Commands barentz – Explores the map and turns off fog of war. cruij
66 ratings

Definitive Guide to Sectors and Exploitation
New guide as of 2021. Other guides covering Exploitations on the Steam forums are outdated.
42 ratings

The Natives of Planetfall
Hello everyone and welcome to my 2nd Planetfall unit guide! Expanding on my first guide, the "Factions and their units" guide, I now present you my second guide that will cover most of the other units you can come across in Planetfall. This guide includes... 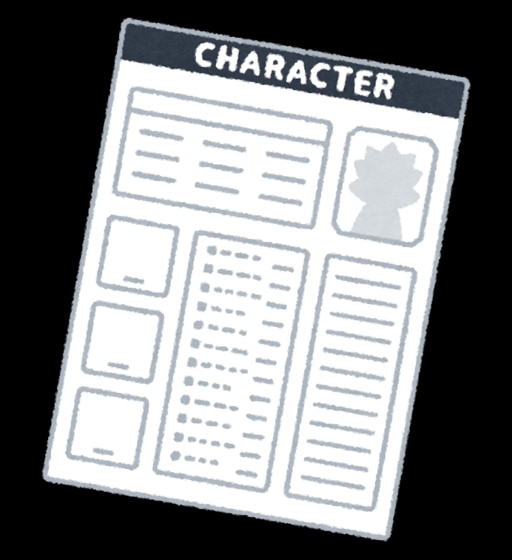 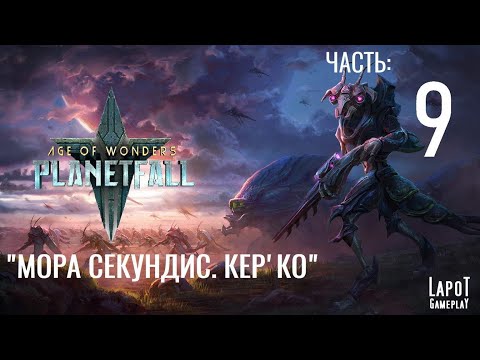 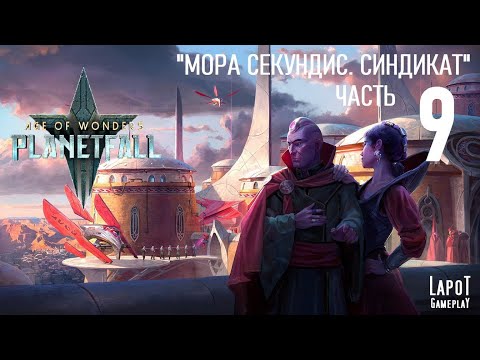 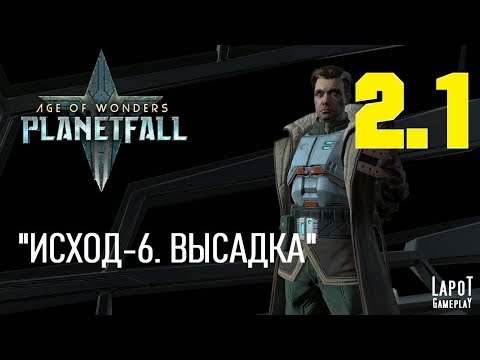 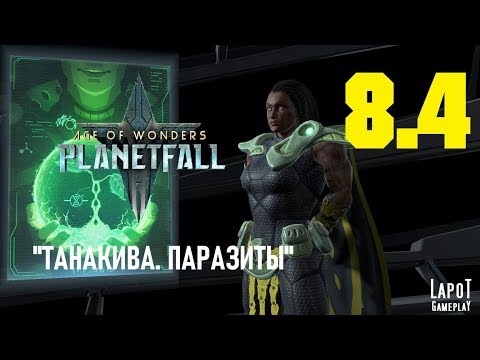 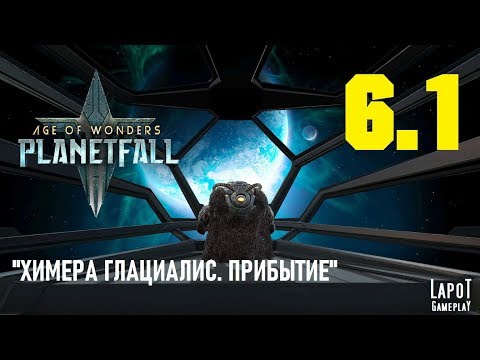 LapoT
View videos
Similarity to Age of Wonders III
I have the Age of Wonders 3, but haven't really played in great depth (though I liked it). How similar, mechnically, is this game to AoW III? I am looking at playing AoW 3 (which I should have long before), and picking this up (maybe when a sale happens)...
26 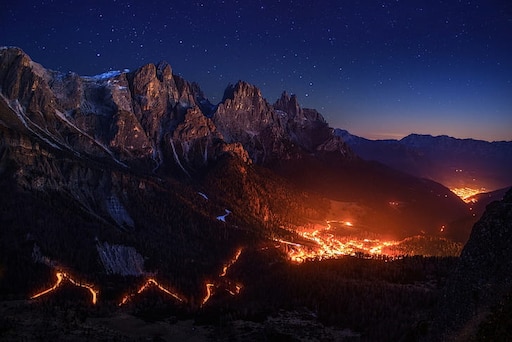 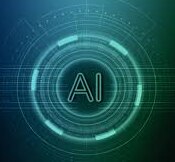 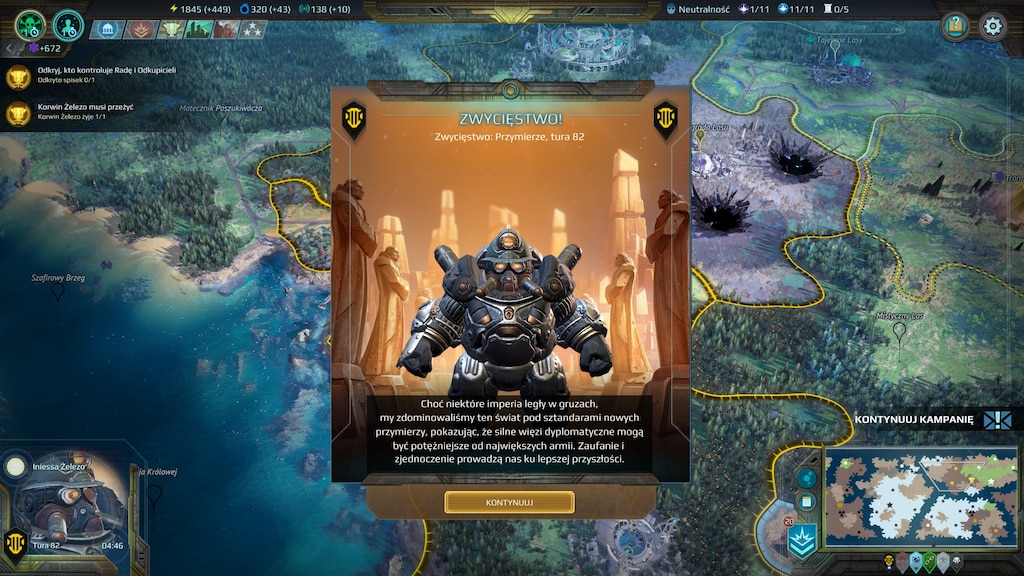 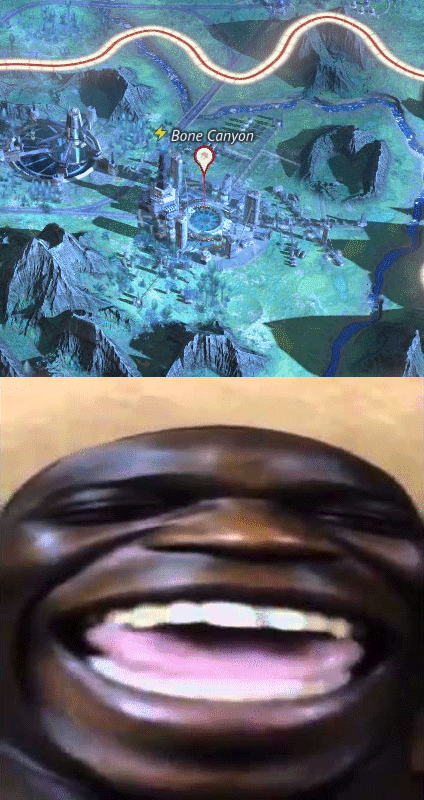 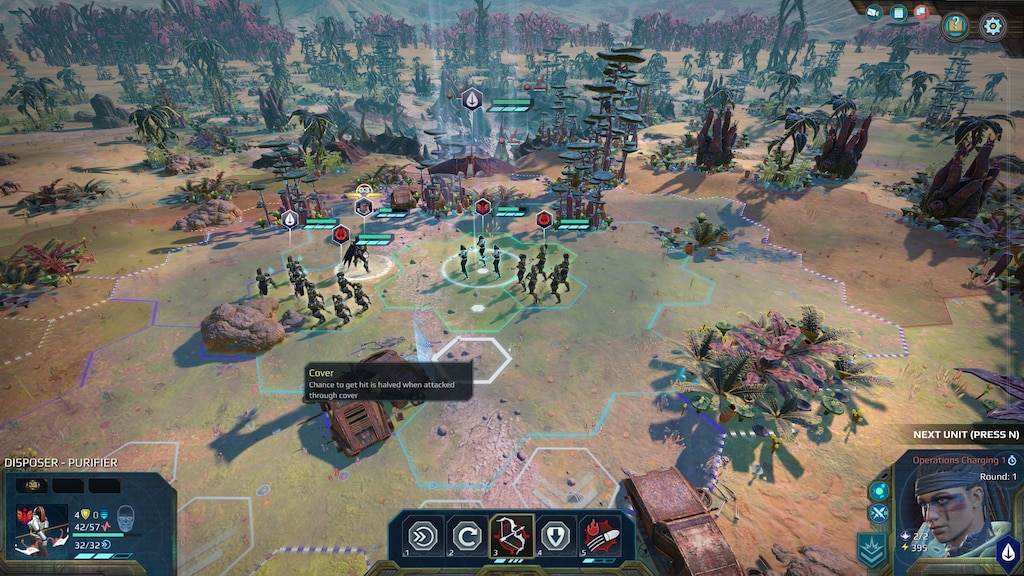 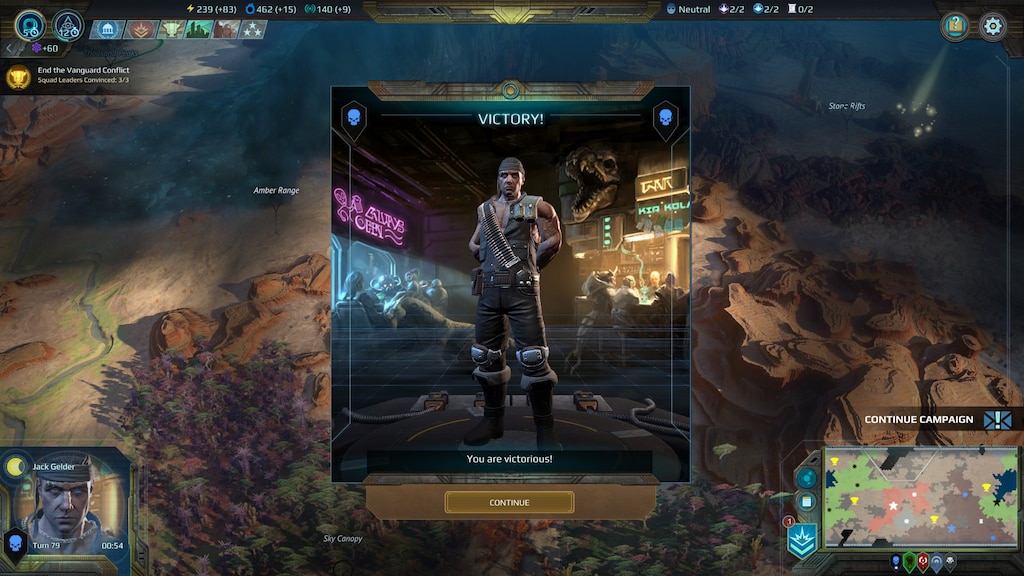 Recommended
172.9 hrs on record
How do I love thee AOW: Planetfall? Let me count the ways:

- I'm totally in love with the Empire mode persistent progressive campaign. I've barely played the standard campaign at all. I love the feeling of progress and the unfolding story of my empire, unlocking new starting configurations beyond race/faction for yet more synergies. This is a game made by people who love board games and it shows. It is as optimized and streamlined as any Reiner Kinizia. Iceberg Interactive's games and the most recent MOO take streamlining as an imperative toward simplicity, whereas AOW: Planetfall makes it an imperative toward synergy.

- The streamlined tech tree that is different for each race and each faction really helps focus you on your game objectives. while also keeping things fresh allowing you to experiment with the synergies created by different combinations. A lot of people online writing guides seem to focus on the races exclusively, leading them to undervalue races and units without considering these synergies with factions. It really does have a big effect on how you play the game and there is hardly a "best faction" or race.

- Mods are an impactful and consistently enjoyable way to make games your own. You can play the same race/faction combo over and over trying to restrict which mods you use to get new strategies and feels for your tactical combat and even unit appearance every time. They also make enemies feel new and unexpected each time. You walk into every battle not knowing exactly what to expect.

- The two above taken together, combined with semi random obstacles, make the admittedly limited battlefield set pieces feel fresh every time. I find myself playing certain combats over and over until I achieve full survival and sometimes even a few more times just for fun and to see how different setups and tactics would change the outcome. This is a game I want, nay am COMPELLED, to "get good" at.

- Diplomacy and espionage, two oft-neglected aspects, feel impactful every time. Not a game goes by when I am not juggling choices of whether to improve internally or use those resources to hamper my foes. And of course Empire mode and the Campaign continuously throw new objectives at you to make you think about how to use these tools to accomplish your goals.

- I'm sad the devs are moving on from it but in a way I'm happy it's a finished product. There's no use complaining about certain balance tweaks or nitpicks because this is what the game is. In this day and age it's a brave decision for game developers to step away and make something a finished product when it actually feels finished.

This is my favorite game since Stellaris and it's been entertaining me in all the ways that game has begun to feel stale. I will be sinking many, many more hours into this game in the years to come. Highly, highly recommend for other diehard fans of 4x games. 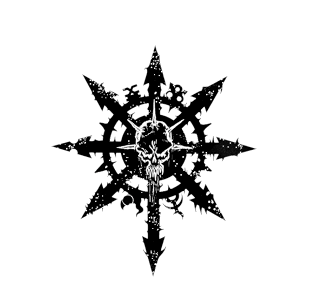 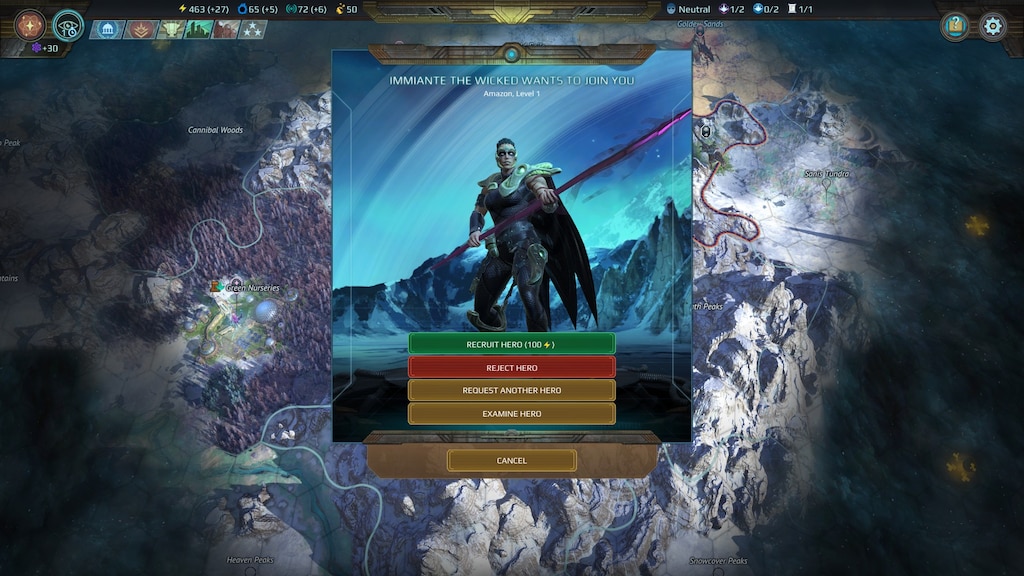 Not Recommended
44.6 hrs on record
I wish that there was a middle ground here between yes or no. But this feels like a very lackluster Age of Wonders game, poor customization on your characters, boring factions, boring base buidling (its not as free roaming as AoW III) and boring maps. It looks a bit better, combat is probably more fun and you can on the other hand equip your troops with a lot of different gear. But really, to me the maps are boring and the factions even more so. Most factions are just varied versions of Humans made to look like Dwarves, Necrons/Tomb Kings in space/Necromancers wet dream or similar. Toss in space bugs and lizardmen. They had a perfect chance to add space Elves and Dwarves and just not make them a variant of Humans.