Gears Tactics is the fast-paced, turn-based strategy game from one of the most-acclaimed video game franchises – Gears of War. Outnumbered and fighting for survival, recruit and command your squad to hunt down an evil mastermind who makes monsters.
$59.99
Visit the Store Page
Most popular community and official content for the past week.  (?)
Update - 23rd March 2021
Mar 23
Attention Gears fans!

Here are the patch notes for the latest update for Gears Tactics!

Gears Tactics
235
25
This game is a literal piece of s*it
Got oneshoted by a shotgun by the enemy under 3 overwatches from the screen size distance, sitting in a cover and having full health. https://i.imgur.com/MYz5Bpf.png Good job microsoft, now go suck my d*ck billy. So the question is: how to delete this incredible legendary s*it from my library?...
2 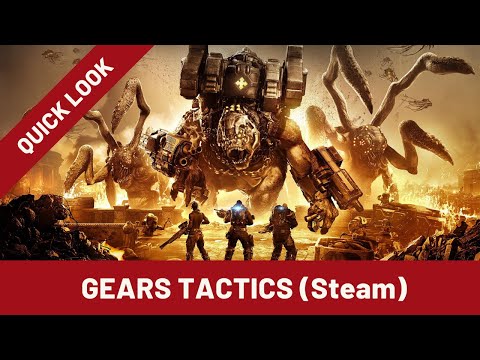 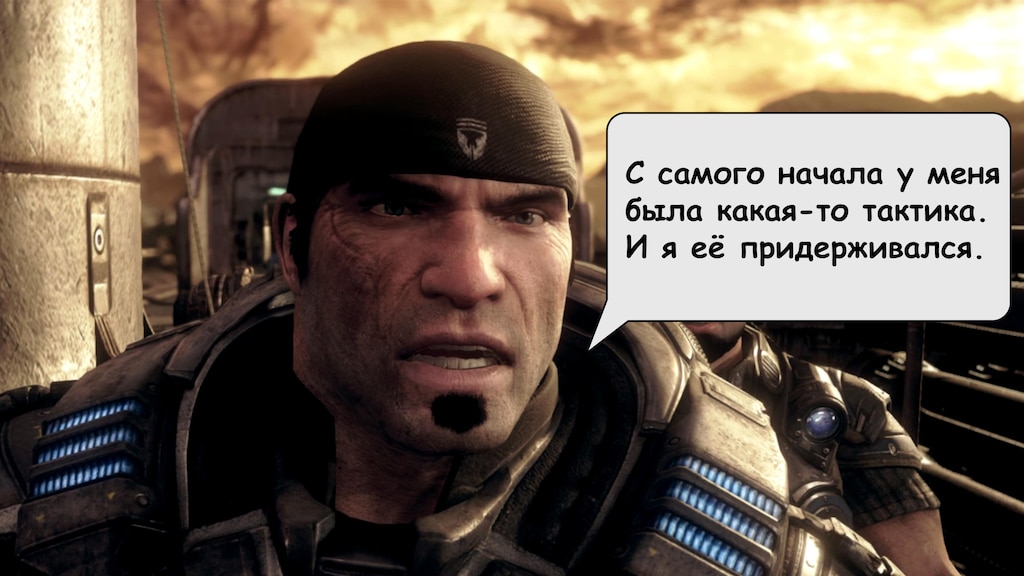 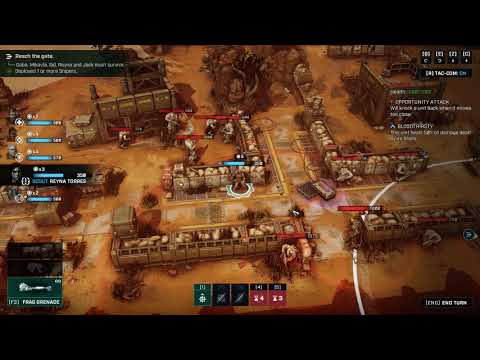 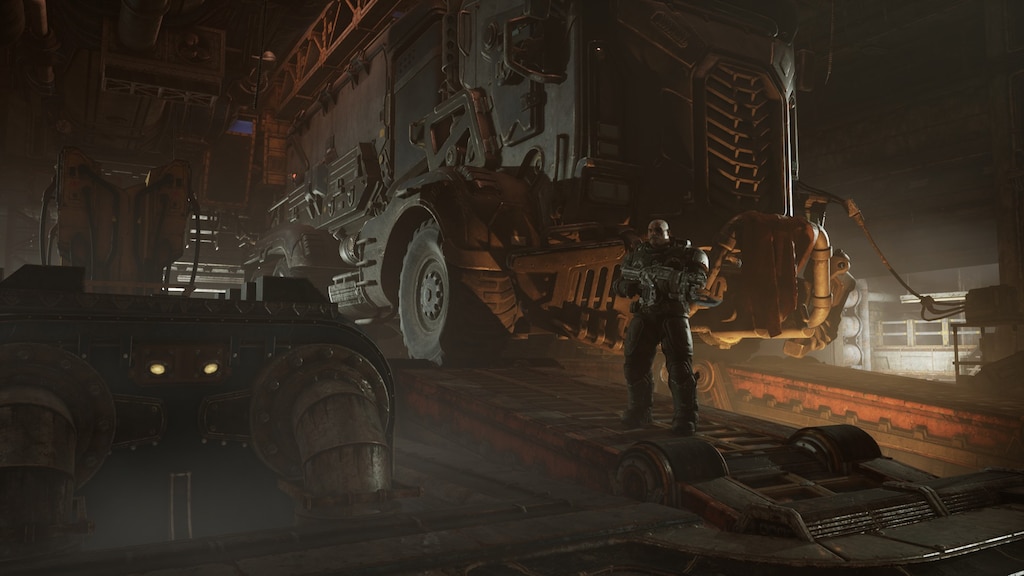 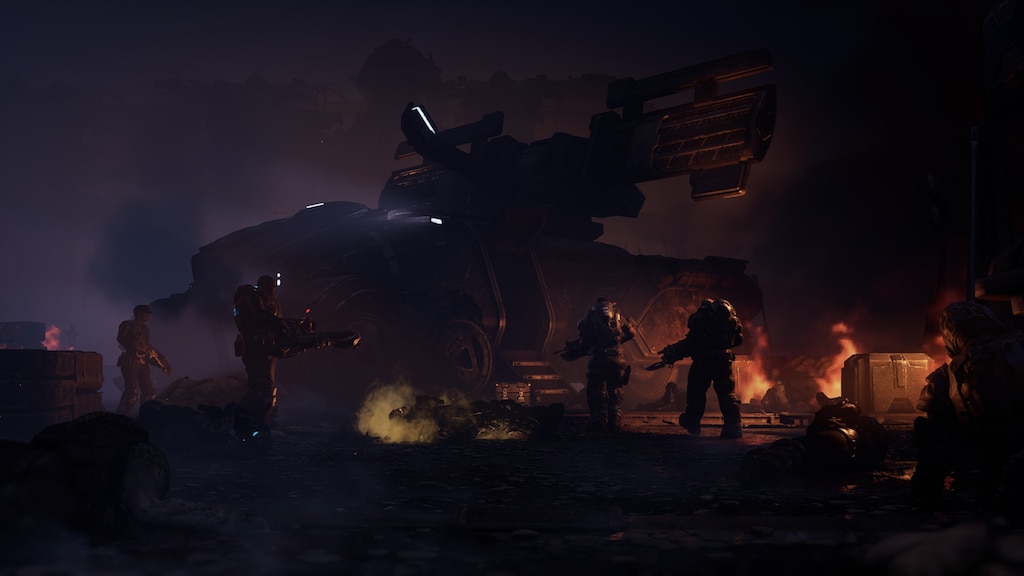 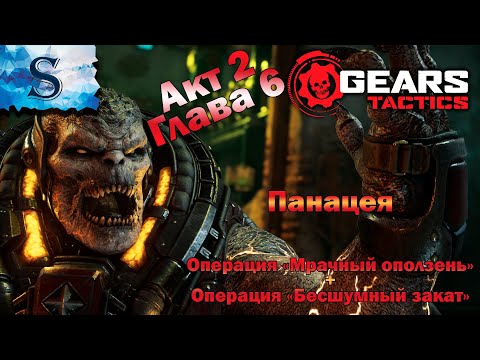 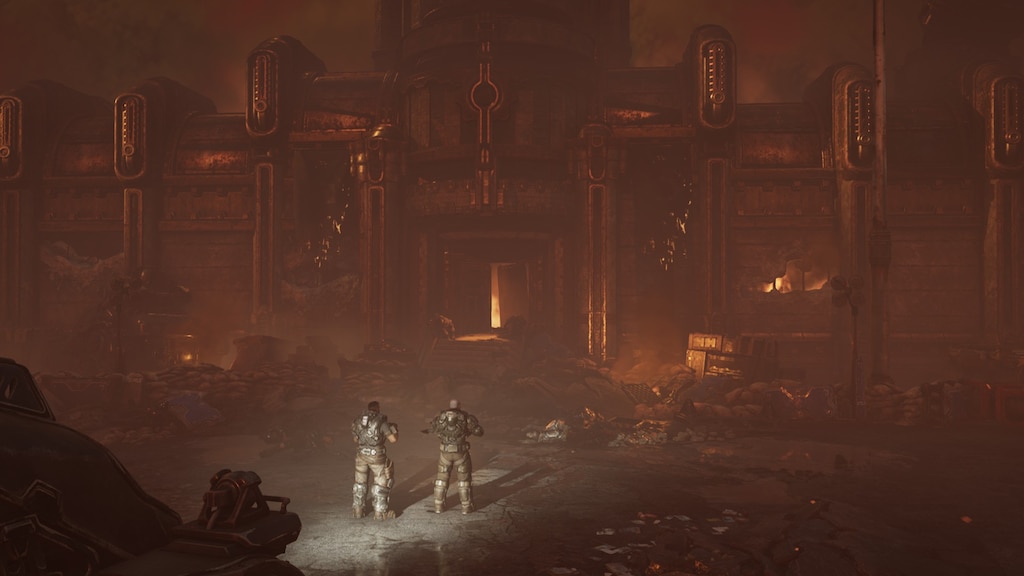 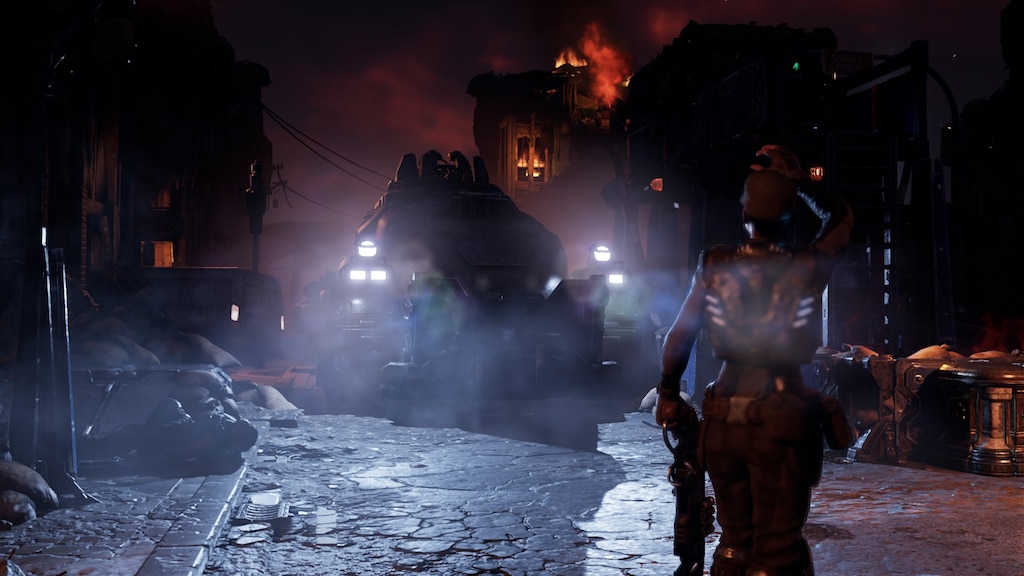 Gears Tactics - Legendary and Supreme Mods
A list of all legendary weapon and armor mods in Gears Tactics. Also a list of supreme weapon mods. 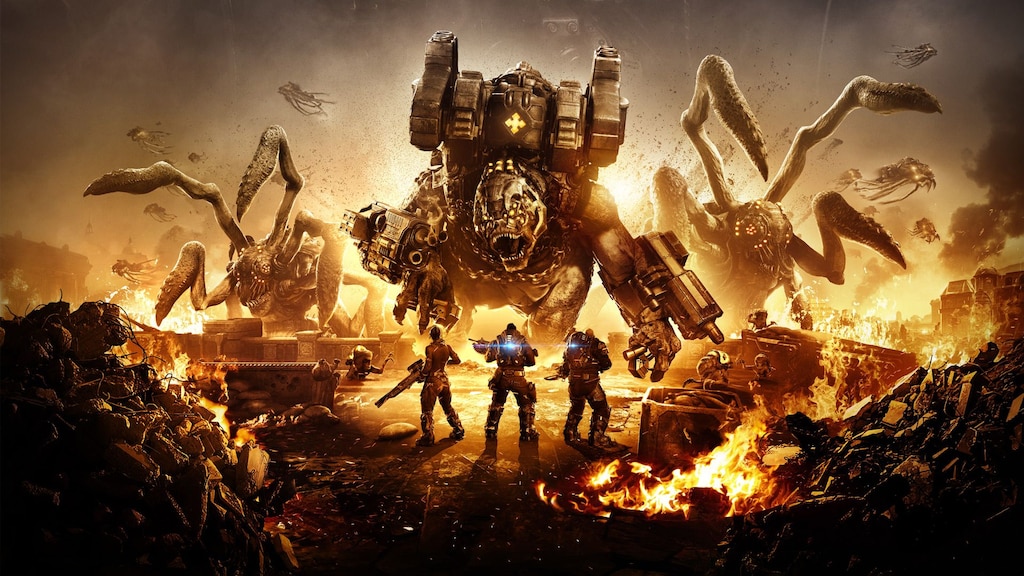 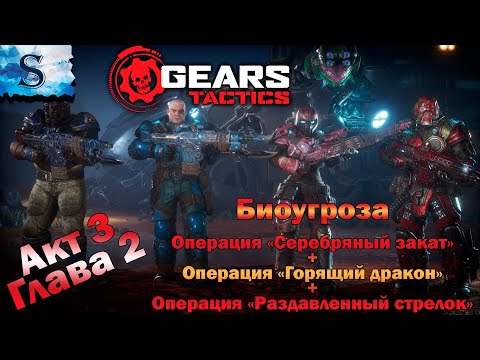 Not Recommended
0.1 hrs on record
I don't own an Xbox, nor do I want one. And I don't want to register an Xbox customer profile just to play a PC game I bought on Steam. Refunded.

Recommended
44.5 hrs on record
Yep I would recommend this if you like the genre. It's nice.

Recommended
17.2 hrs on record
I'm just over halfway through the game as I write this. Coming from ~900 hours of X-Com, X-Com 2 (and Long War!) plus playthroughs of Chimera Squad and Banner Saga 1 &2. First and foremost, its a good turn based tactics game. Good, but not great. If you're a fan of the genre you'll probably enjoy it, but I'm glad I waited to purchase when it was on sale.


First, the good. It's a nice break in scenery and tone from the slightly more cartoonish world of X-Com (and a huge stylistic departure from Banner Saga, but that should be obvious). I can dig how the units in Gears feel more like super heroes than your standard X-Com grunts do, at least right out of the box. Granted, your three main characters are literally called "Heroes." The boss fights are a nice twist and can create unique puzzles to figure out--something I don't recall coming across anything similar in any of the vanilla X-Com games (although some of the expansions/mods change this equation, at least somewhat).

Things that I haven't enjoyed as much: some of the level/mission design is already starting to feel repetitive, especially the side missions. And since every level so far is set in the same post apocalyptic setting, with a very similar color palette, they feel even more repetitive.

I miss growing my squad into an army, and I don't feel any attachment to my squad in Gears like I do in X-Com or Banner Saga. I've found I'm just as likely to come across a higher level character of a particular class to recruit (for free) before my existing character in that class is able to match rank through play. So I see little incentive to keep a character around and grow it organically. Since you're limited to a max of 4 characters per mission (at least so far), and a further cap on total number of soldiers you may keep recruited at any given time, I struggle with diversifying my squad. Looking through the skill trees it's obvious you could create two characters that play very differently at upper levels despite being the same class. With only four (at most) soldier slots per mission, though, I can't even bring one of every class on a mission. Much less thinking about how two different builds of the same class might benefit each other more than a completely different class. Maybe I'm just spoiled from Long War's larger squad size of 8.

Meanwhile you're stuck with the heroes, and most/all of the time if you let them die you just have to redo the mission. So no risk other than having to redo a mission if one of them dies. But it also locks you in to playing certain missions with a pretty fixed load out, at least occasionally. Also, that thing where I mentioned these guys play like super heroes at times. Higher rank X-Com characters could get to be the same way, but you had to work for it. This is where game play diverges for me. Gears can be just as much about finding ways to combo/overwhelm the enemy with action points as it is playing a solid tactics/strategy game as it might be with some of the other titles I've mentioned. Not necessarily bad, but definitely different.

Final word: if you're new to the genre, this works if the theme/franchise appeals to you. If you are unsure on the genre/style of play there are other titles that are equally deserving of your consideration that typically cost much less at this point in time, and potentially offer much more depth and play time, especially considering the available expansions/mods currently available on some of the older titles (and probably for less $$ unless you catch the right sale). If you're a veteran of the genre this could be a great diversion from some of the other existing options but depending on your preferred play style, I'd avoid paying full price. 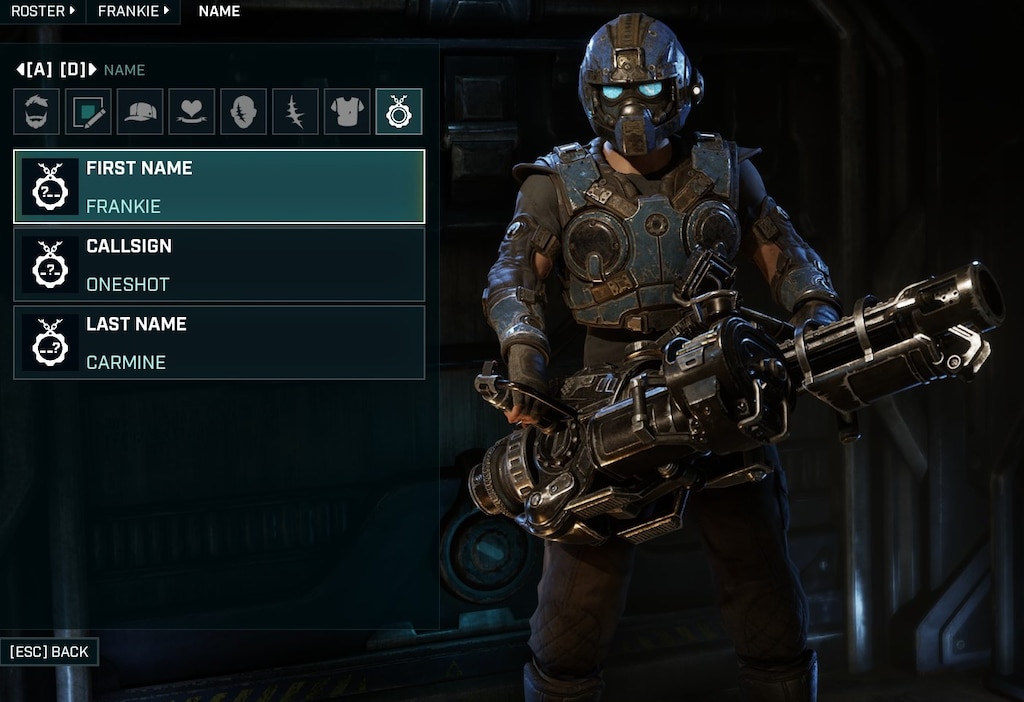 0
3
It's Not Gears Without A Carmine 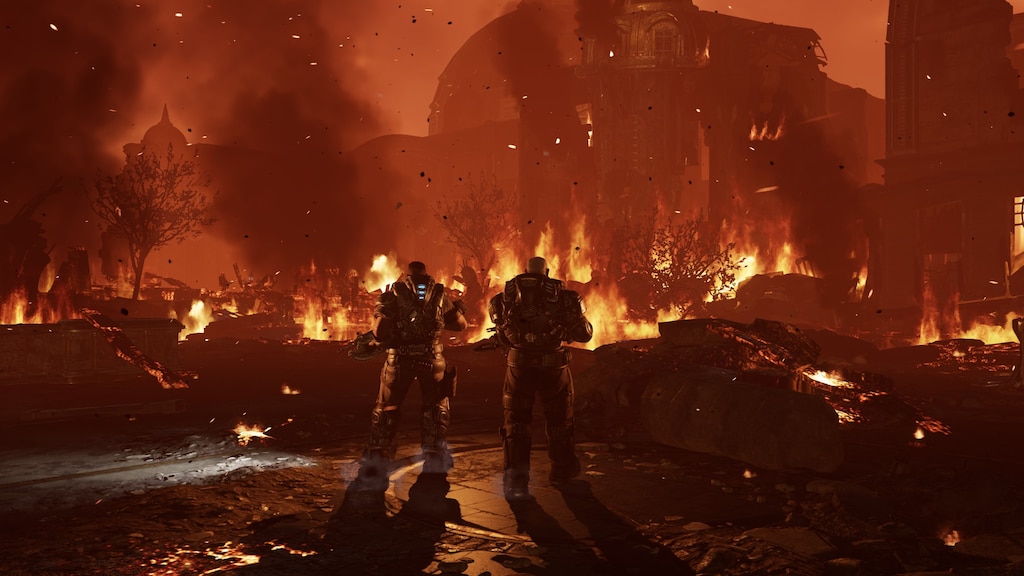 Modding the game
This is a community guide on how to mod the game so far. 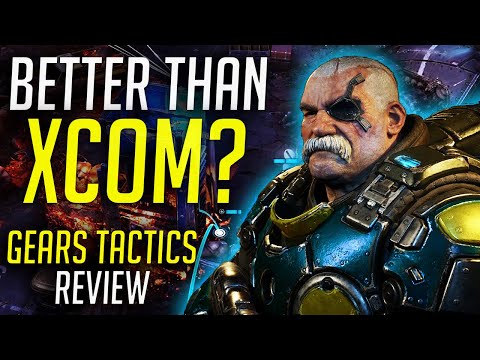 Ubivashka
View all guides
Executed across the map by a Wretch, Also F*** Brumak
I just got to the first Brumak fight, (Which is a terrible first encounter for such an enemy). Mikayla went down due to being stuck next to a wretch (High damage units were stuck across the map). Then, wretches appeared out of an E-hole across the map and took down Sid. But then one walked up to sid and executed Mikayla, despite the fact she was miles away. If this sort of issue happens frequently I will drop this game. Not to mention the Brumak fight. It doesn't need adds. Not for it's first intro. It a...
7

Quikcksilver
Apr 15 @ 1:09pm
General Discussions
Are you ♥♥♥♥♥♥♥ kidding me?
I just bought the game and it finished downloading, so I went ahead to play the game for the first time. It seemed I have to log in with my microsoft account in order to be able to play the game, so I went ahead and tried to log in with one of my outlook accounts. The first one I tried is a lost one due to a personal reason, so I need to try my other accounts. THE PROBLEM IS THAT IT WON'T LET ME TRY OTHER ACCOUNTS. I'M STUCK WITH MY FIRST ACCOUNT SAYING THEY'LL SEND ME A MESSAGE TO MY LOST PHONE LINKED TO ...
13

Peppermintaddict
Apr 13 @ 2:53am
General Discussions
No Demo
I don pay blind and the price is also to high to buy blind. if i can see all importan functions in a Demo of the game and the price is more better then now ill test it because i like Gears! :) Thanks
8