Unity of Command II is the sequel to one of the most critically acclaimed strategy games of all time; a game critics called 'the perfect gateway' into computer war games.
$29.99
Visit the Store Page
Most popular community and official content for the past week.  (?)
Stalingrad DLC Announced
Oct 14
Unity of Command II returns to its roots, 10 years to the day since the initial release of "Unity of Command: Stalingrad Campaign"!

After staving off the Soviet winter counteroffensive of 1941/42, the German Wehrmacht reclaims the initiative the following summer. Concentrating their forces in the south, the Germans once again slice through Soviet lines, aiming for the oilfields of the Caucasus and the industrial city of Stalingrad. But the Red Army has learned much from past failures and prepares to strike back in an overwhelming fashion.

In this DLC, you will command the multinational Army Group South in its bid to deliver a crippling blow to the Soviet war machine, while securing oil for Germany’s ongoing conquests.

skydancer
17 hours ago
General Discussions
Exploits and whether the Dev. should disable it (List all you can think of !!!)
Hello, A big fan of the game and would like to know what the community thinks of exploits that can be updated to ban it, or you guys think it is okay. The one I used is RECYCLING all steps of units that will not go on to the next battles in a campaign. Therefore I will have a steady supply of STEPS going on to the next game, especially prominent in Army Group Centre in Barbarossa DLC, I have a steady stream of Infantry steps. On a side note, tried doing that with the Army Group Antonescu and the German ...
7

Freelance-_-
Oct 19 @ 4:22pm
General Discussions
Will the Stalingrad DLC feature some sort of continuity with the Barbarossa DLC?
I'm mostly talking of the alternate paths you could take in Barbarossa ie. Moscow getting encircled and Sevastopol being taken in 1941. Will these changes, especially the latter one influence the way missions are presented in the Stalingrad DLC?
7

Combat - Everything You Need To Know (Video Guide)
Are you wondering how does the game come up with the combat prediction numbers? Why even stronger units can die in an attack? How does terrain factor into it? Do specialists matter? That and more you can learn in this guide.
35 ratings 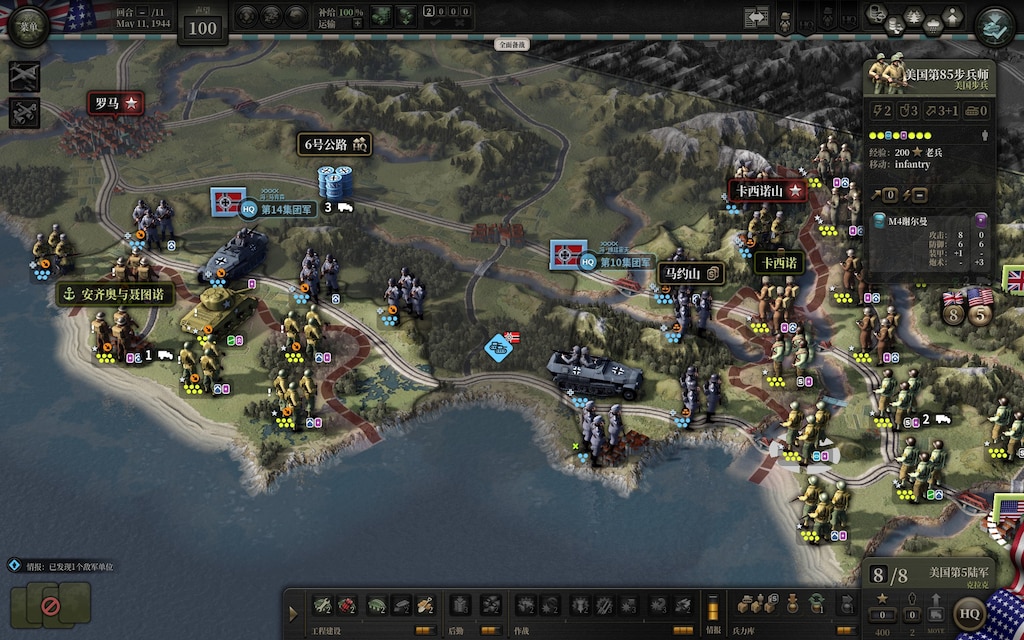 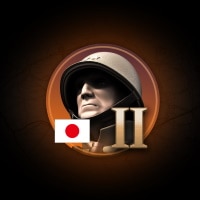 Poge
View Steam Workshop items
I for one am very pleased with Moscow41
... though, as much as everyone, I am gettin my ass handed to me, of course. I didn't sign up to this to have a pleasant experience. Sure Blitzkrieg was an orgasm of encirclements and so one, but all the way Tomislav made it clear that the game and its future installments were seeking historical accuracy. To be honest at a first glance I did think "what the hell, is there a design problem with this game?" But very quickly I came to see how I was just trying to do what I was doing with the german armies...
29

danielprates
Sep 20 @ 8:33am
General Discussions
Some comments on game mechanics and campaigns
Let me first state that I enjoy playing UoC2 and think that it is one of the best games of its kind. Its game mechanics are certainly more realistic and superior to those of Panzer Corps or Order of Battle. However, in my humble opinion it still has a few flaws, and for upcoming updates and campaigns, I would like to offer some constructive criticism on them. So far I have played the historical tracks of the western (almost completed) and Blitzkrieg campaigns (completed), all on classic difficulty. Game ...
20

Supply - Everything You Need To Know
Are you wondering how supply works? What does it even do? Why is it good to un-supply an enemy? Do I need a supply hub? Wonder no more and just watch this video on supply in Unity of Command II. I also have other guides about stragglers and an all objecti... 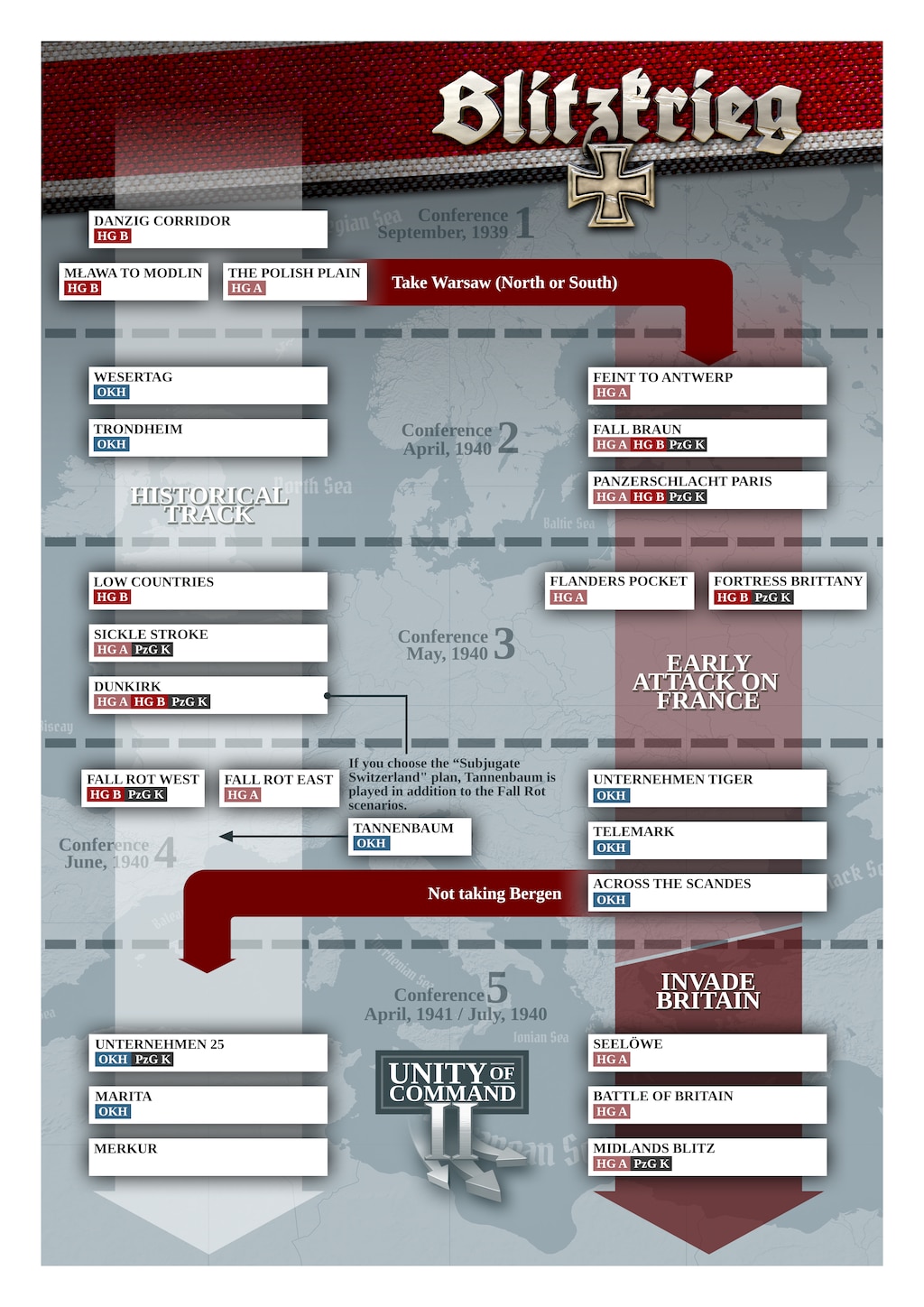 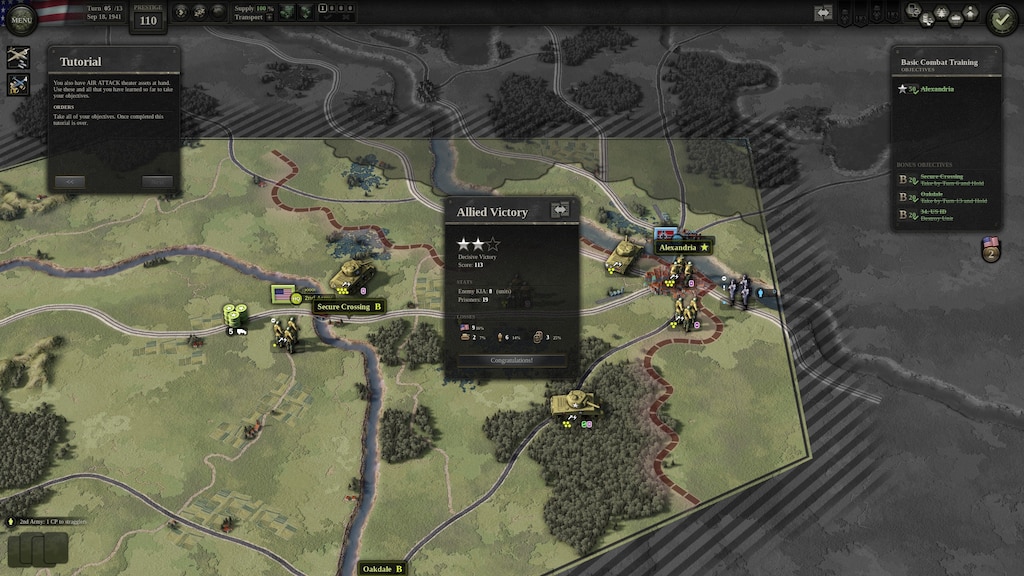 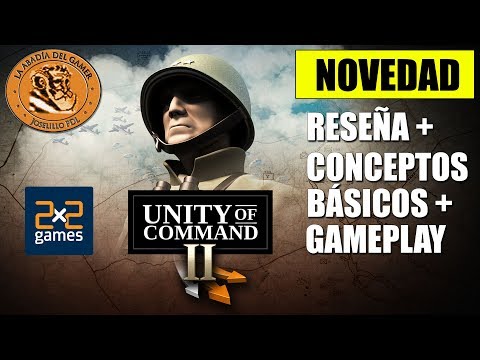 Deployment & Specialists - Video Guide
Are you wondering why are some reserves free at the star tof a new scenario? Why should you buy a new specialist and which one? Is there a difference between artillery specialists? That and more you can learn in this guide. 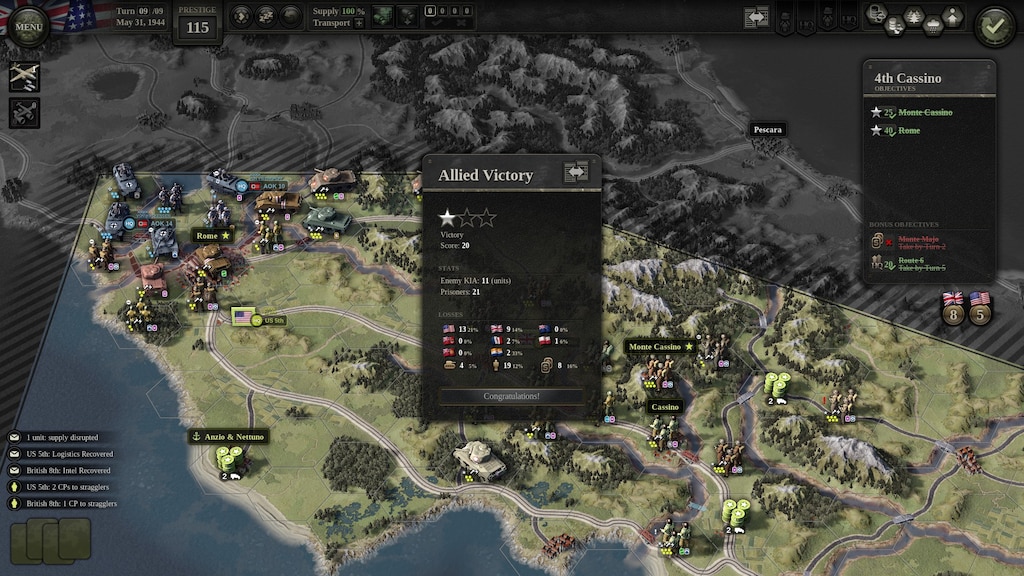 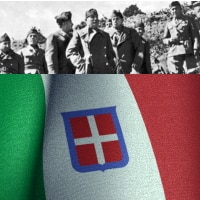 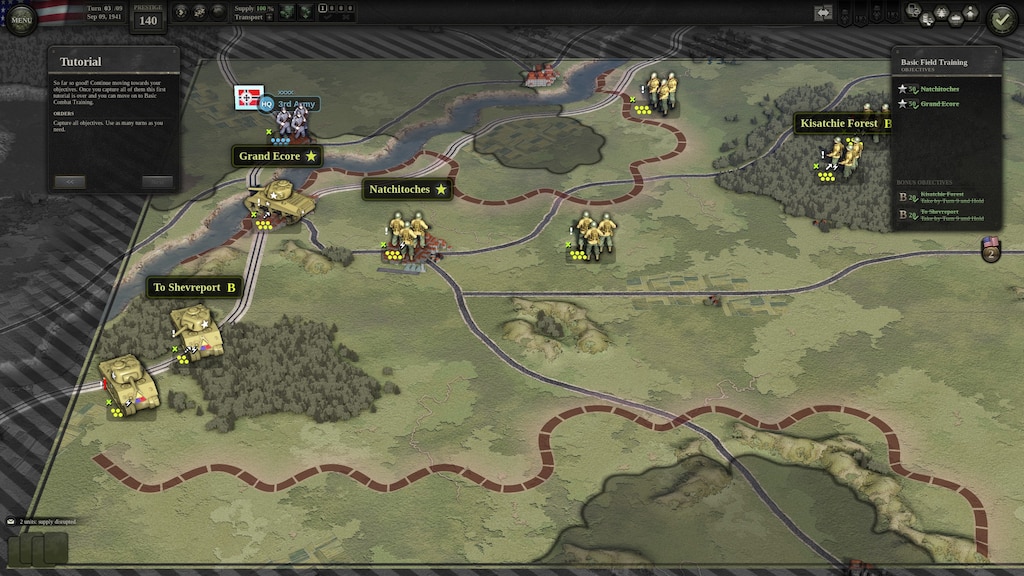 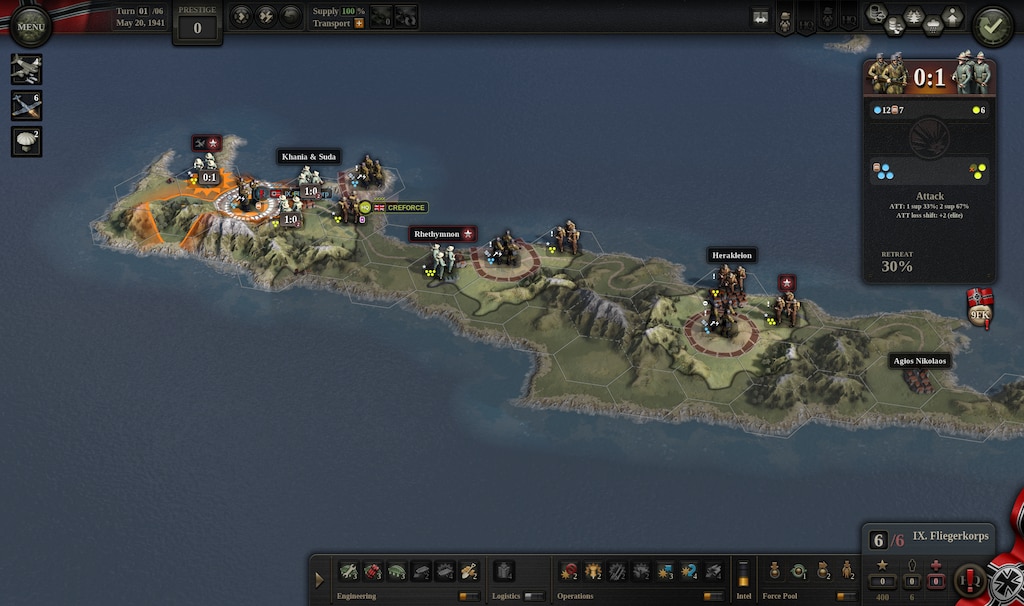 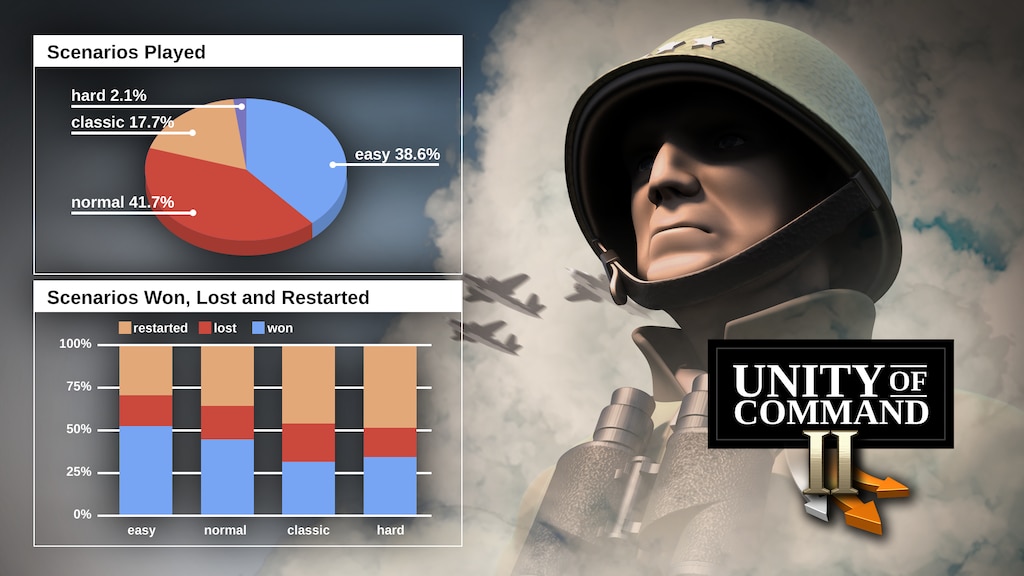 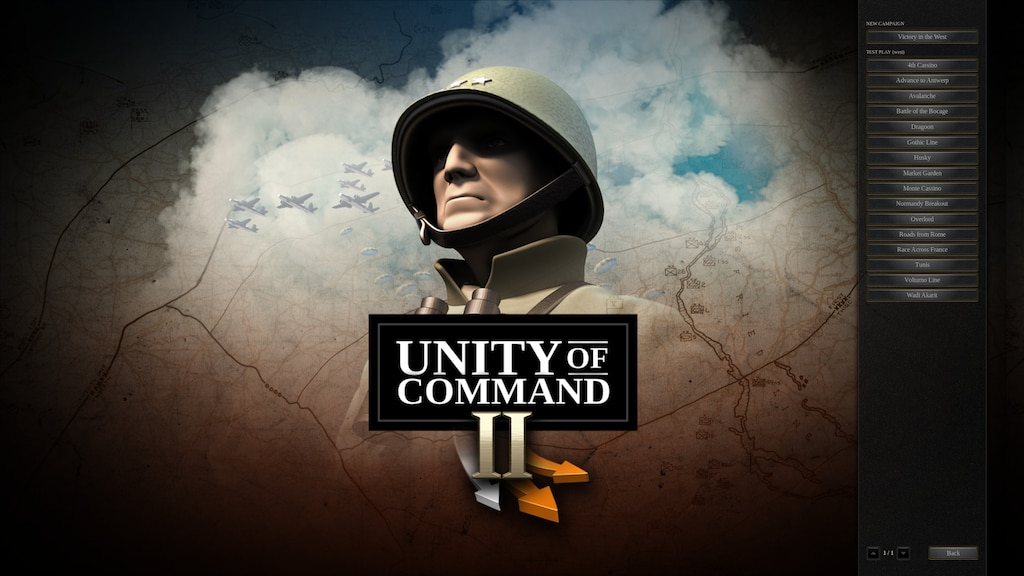 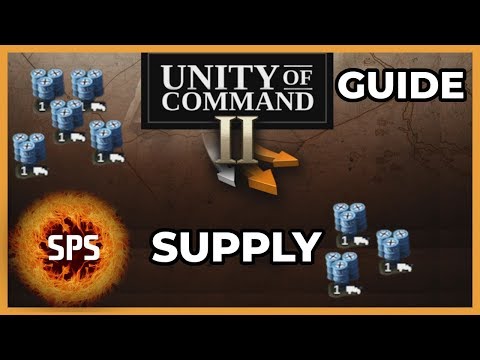 1
3
Victory in the West - Scenario Chart 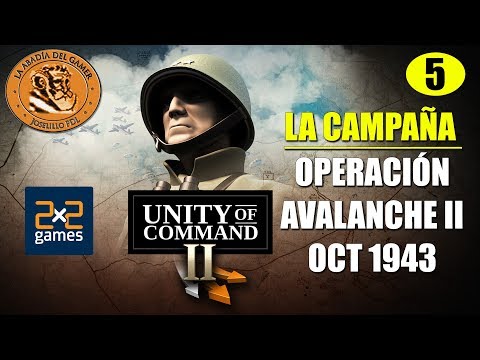 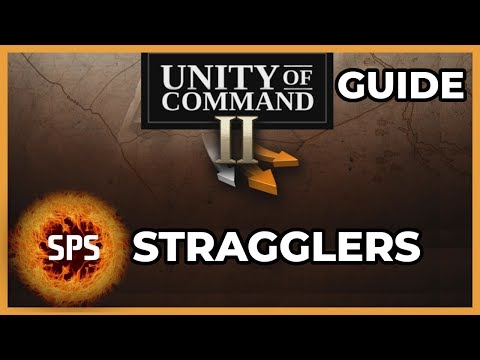 0
0
Unity of Command II - What Are Stragglers? - Guide and Explanation 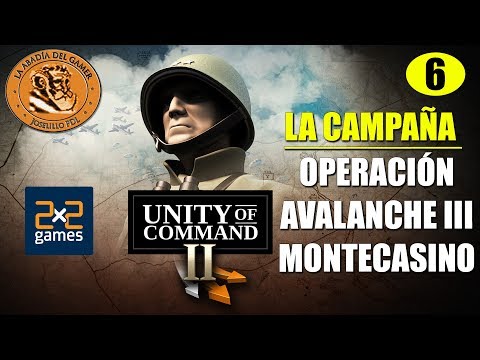 Recommended
77.9 hrs on record
One of the best strategy games I've come across. Excellent blend of tactical options along with very well designed maps. The AI is one of the smartest of any game I've played and will have you tearing your hair out for leaving that "safe" supply dump unguarded. It took me a while to find the sweet spot of this game as there's so little media to help you with the finer complexities but thankfully on Youtube there's a channel called Sampstra Games which has very good tips. Anyone complaining about turn limits just doesn't understand the nuances of this gem. 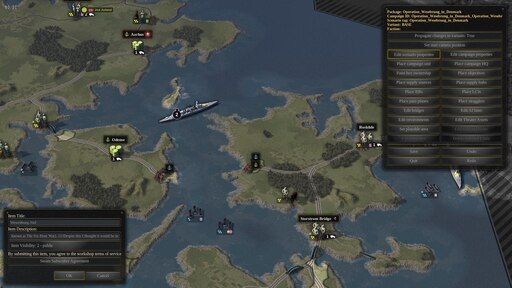 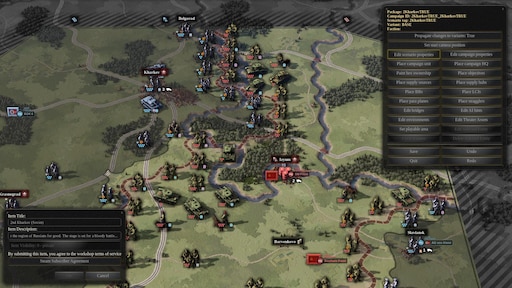 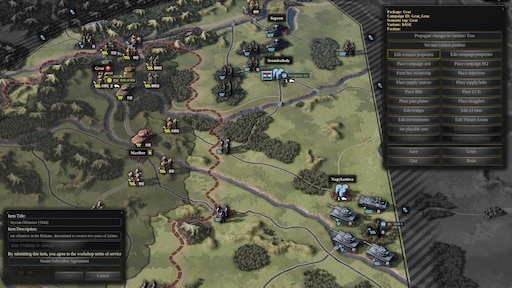 EgoVermin
View Steam Workshop items
Moscow 41 DLC Now Available
Sep 1
In Moscow 41 you take control of Soviet forces as they deliver blow after blow to an overextended Wehrmacht during their winter counteroffensives of 1941/42. Though battered and bruised, German armies will prove mighty opponents for the less experienced Red Army, which must also contend with overly ambitious objectives set forth by the Soviet leader Joseph Stalin.

Unity of Command II
90
3
Soviet Update
Aug 30
This is the companion update to the Moscow 41 DLC (Update 16). Everything revolves around the playable Soviets in this one, but there is also a new revision of the manual, quality of life improvements, balancing updates to the base game, and more.

Briefly about the Moscow 41 DLC: it will be released on 31st of August on Steam and the price will be $6.99. You take control of Soviet forces as they deliver blow after blow to an overextended Wehrmacht during their winter counteroffensives of 1941/42. There are 11 historical scenarios total.

Please find the full change list for Update 16 below. Sorry about the abbreviated post for this update: I've had a proper vacation (!) this year, and am not really running at full speed just yet.

Recommended
89.6 hrs on record
Highly interesting game dynamics that teaches a lot about WW2 war through the game: logistics, types of formations, strategy, tactics while letting you feel some history as you recognise the cities in which the historical events happen.

Recommended
16.1 hrs on record
A fantastic ww2 themed puzzle game that is inspired by wargames! It sucks you right in. No background experience needed, no knowledge of Battlefield documentaries or anything like this. Just beware that this may serve as an entry drug to the genre.