Blood Bowl 2 smashes Warhammer and American football together, in an explosive cocktail of turn-based strategy, humour and brutality, adapted from Games Workshop’s famous boardgame.
$19.99
Visit the Store Page
Most popular community and official content for the past week.  (?)
Abusive coaches should be banned from official leagues
So yet again same coach using toxic language https://steamuserimages-a.akamaihd.net/ugc/1738972056406543670/2490751AE4AB6F53E9BA54EC57C990B589044E0D/?imw=5000&imh=5000&ima=fit&impolicy=Letterbox&imcolor=%23000000&letterbox=false
3

TV1000 Team Builds
This guide will give you a few suggestions on starting build for the different races in Blood Bowl 2. Most of these suggestions are either by me or a coach in the cKnoormunity steam community. -cKnoor
468 ratings

Comprehensive guide for new players
This guide takes a quick look at most of the areas that are important to understand when playing Blood Bowl. From Caging to Chain Pushing, Setting up Blocks and Probability.
358 ratings 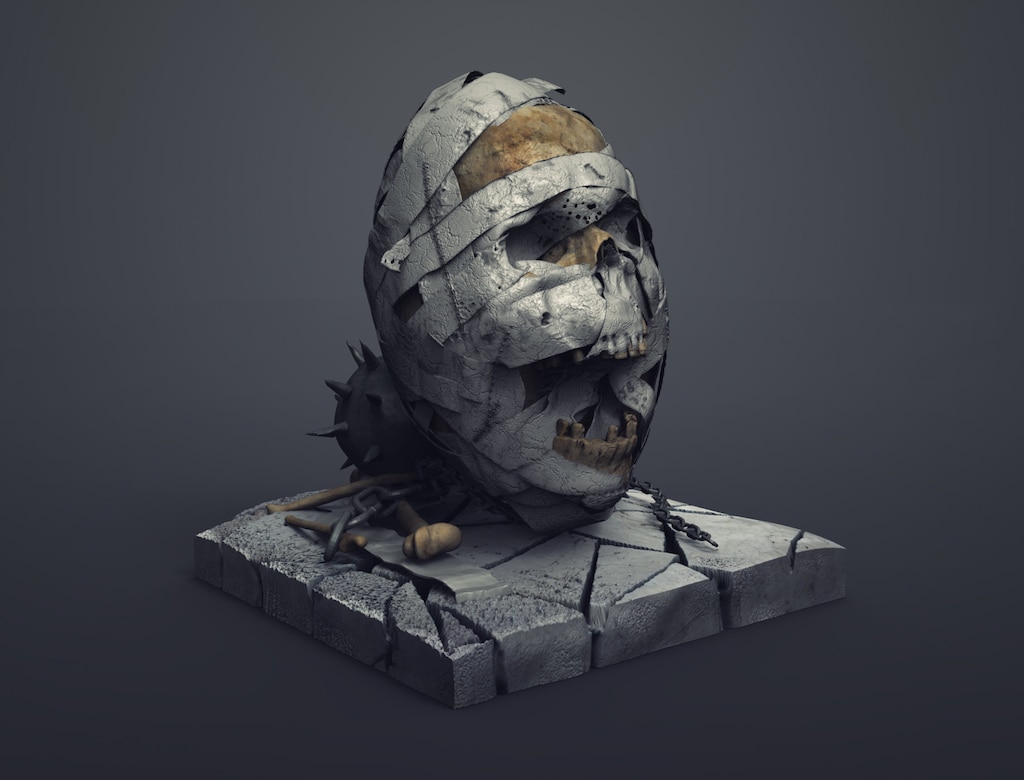 The Good, the Bad, and the Ugly Habits of Blood Bowl
This guide is here to help improve your win rate, refine your playstyle, and avoid some bad beginner habits.
195 ratings 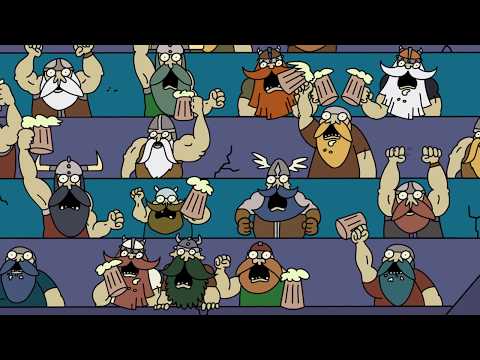 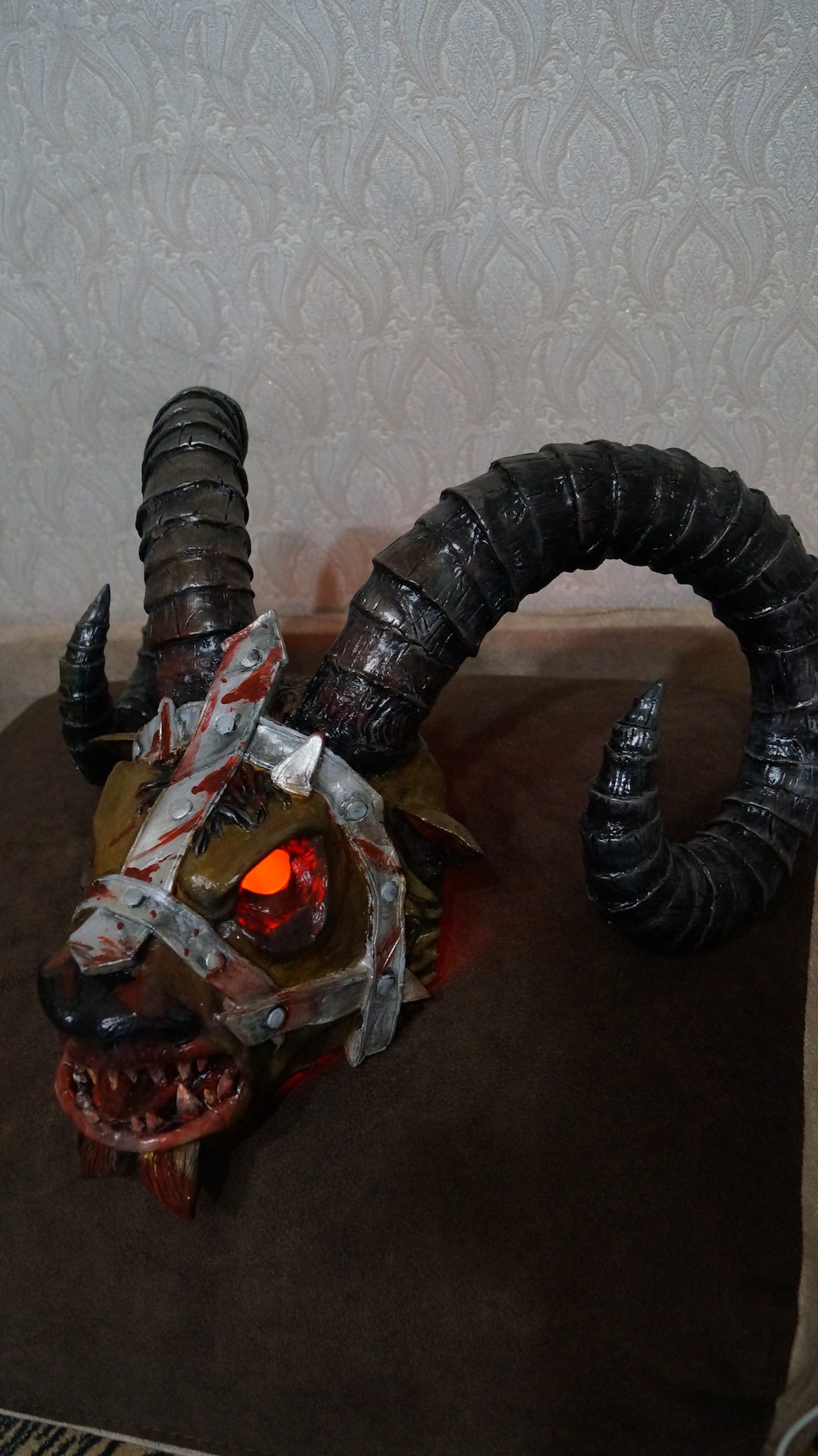 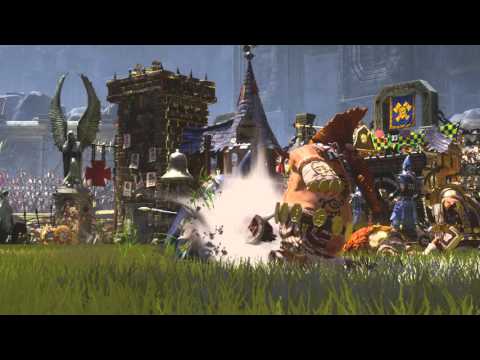 Khovo
View videos
[Reserves only] Inner Circle Blood Bowl League recruiting for Season 28
Recruiting new and bruised coaches! In a few weeks ICBBL will start it's 28th season and you can join right now. Sign up by replying below and join our Discord server. Have you been looking for a friendly private league with an active community? Look no further! While some of us are relaxing during playoffs it’s time to recruit for number 28! 'No ClawPOMB? Sign me up!' - new coach in ICBBL Sign up below by replying to this post using this as a template: Coach name/Discord name/Steam name - Race - Tea...
49 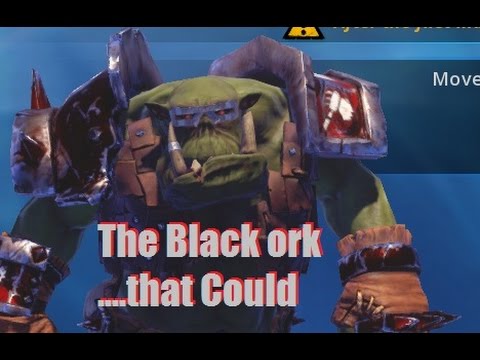 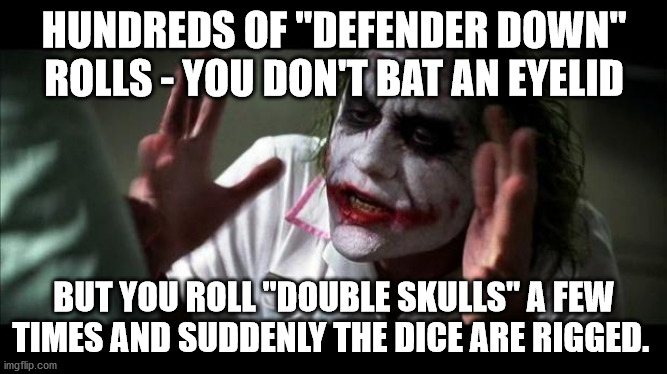 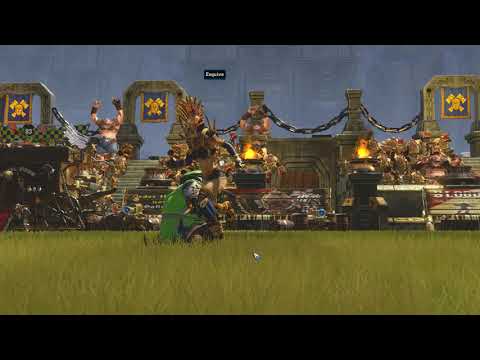 Not Recommended
10.0 hrs on record
If you feel the need to consider whether you should buy this game, don't. The game itself is ok, there is very little content to actually play.

My issue is that the developer has actually removed basic functionality from the game in order to sell it as part of the DLC bundle, without even indicating they have done so. So, if you want to play in a private game against your friends using anything but a base level team, you have to buy every single extra team that they released. With that DLC bundle, there is a custom team button in the team creator menu which allows the player to apply upgrades and use the more interesting skills and mutations without having to play hours of games to progress a team to that point naturally. If you don't have the DLC, there is no custom team button or even any indication of how to unlock that functionality.

In my opinion, this business practice is not only disgustingly greedy, it's also retarded. This is a multiplayer game, the players who are inherently interested will want to get their friends to buy it so they have somebody to play against. Those new players aren't likely to be interested in buying all the DLC teams before they know if they like the basic gameplay. Some of them may decide to buy some or all of the DLC once they've had a chance to try the game out. Apparently this developer would prefer to be greedy and confusing in an attempt to squeeze more money out of people who would not have otherwise bought the DLC teams.

My friends wanted to play a small private league with about 6 people using 1500 point teams. I'm not a big fan of the gameplay in this game but it's fun enough to play a couple games every once in a while. With only the base game, I will never be able to try the upgrades that make teams actually unique instead of the generic clones they start as and I can't play with my friends at all because I can't make a team of equal strength to theirs. If the custom team button had been a standalone DLC for $5, I would have still been irritated but I would have bought it so I could play with my friends. That functionality only being available through the bundle which includes every team DLC was a step too far. On principle, I chose not to support this company or these practices by buying that DLC bundle and instead write this review.

Recommended
155.4 hrs on record
Great fun both playing against the AI (if you're bashy) and your friends (when you bash them), but try no to get attached to your team players. 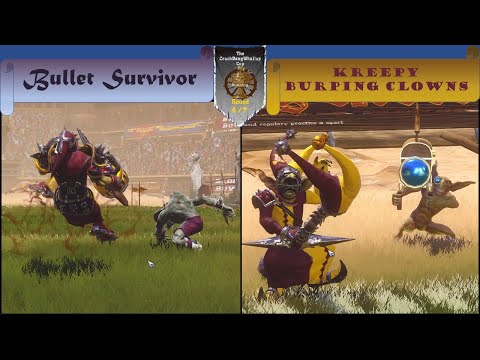 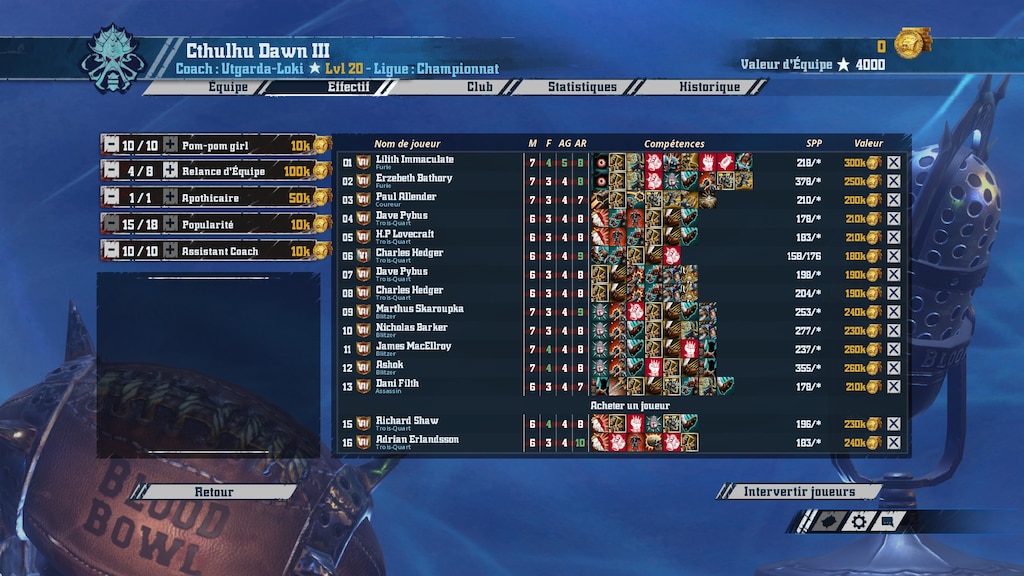 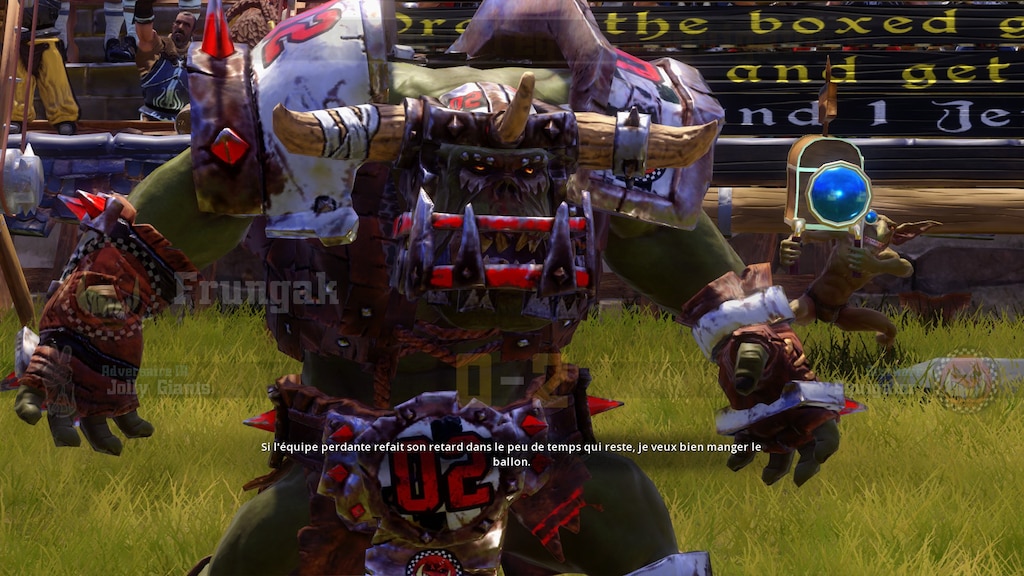 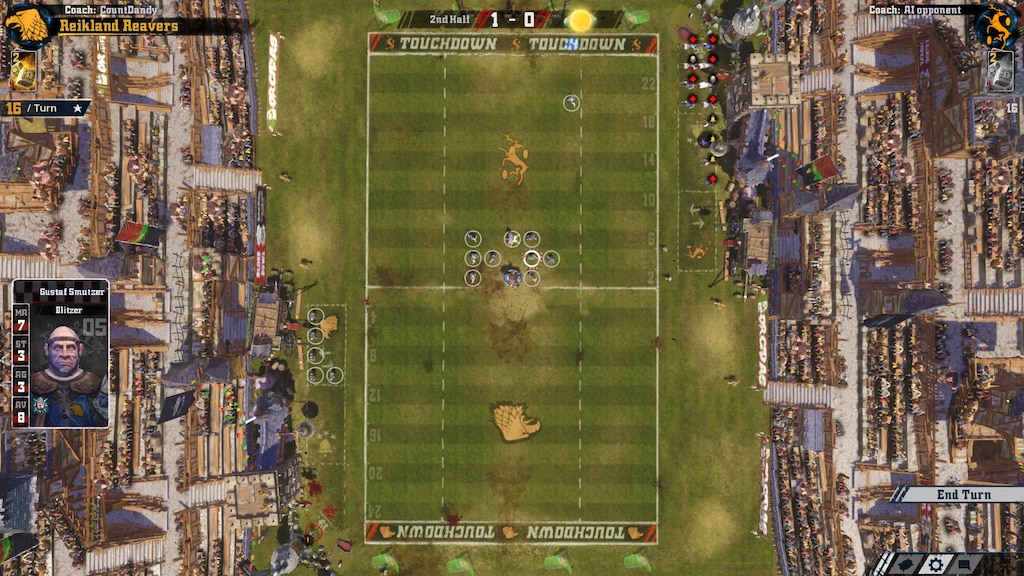 A Drunk Chef's Guide to Orc Teams
In this guide I will ramble incoherently about the Orc Team; getting into the details of its players, how to use them, and some roster build ideas 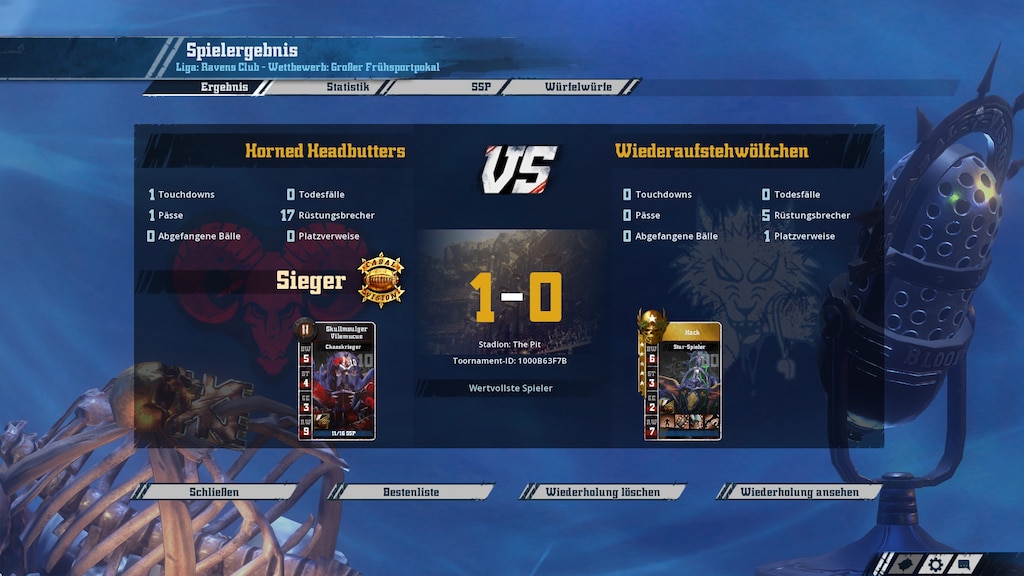 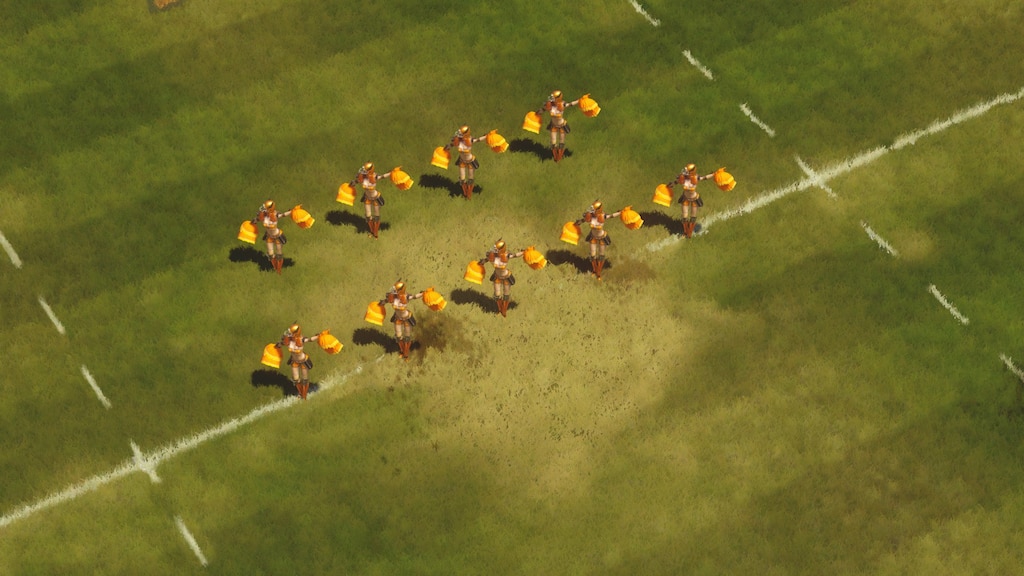 FBG kidzero
View screenshots
can you choose when to use Mighty Blow?
is it possible to choose whether you use MB for armor break or injury roll?
5

Burn-O
Aug 14 @ 6:59am
General Discussions
Looking for players for a league
Hey there, so I'm wanting to play a bit more of this game and would like some real people to play against so if anyone is interested in starting a league let me know.
49

Life is Grimm
Aug 7 @ 11:09am
General Discussions
Guys has their been some balancing issues
Been playing for a bit now and been relatively okay with the balance, but recently it seems like its gone stupid, as I usually only solo play, but when your having goblins consecutively roll 3 hits when rolling red dice starts to beg the question of how????Even worse when you run up to pummel the said goblin the following turn and on 3 dice at best you're getting a push if not 3 skulls...
12

Jivan69
Aug 15 @ 8:28am
General Discussions
No one has rated this review as helpful yet