Control powerful mechs from the future to defeat an alien threat. Each attempt to save the world presents a new randomly generated challenge in this turn-based strategy game.
$14.99
Visit the Store Page
Most popular community and official content for the past week.  (?)
Class Specialist Achievement?
I've finished the game twice with same class mech, once with 3 ranged and just now with 3 primes, but I don't get the achievement. Anyone know why?
3

Distant Friends Achievement Guide
After spending far too many timelines cracking mountains with nothing to guide my search, I am making this guide to help anyone else who is looking for the Distant Friends achievement.
239 ratings 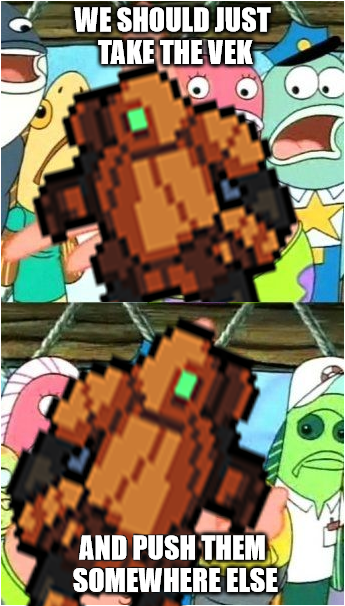 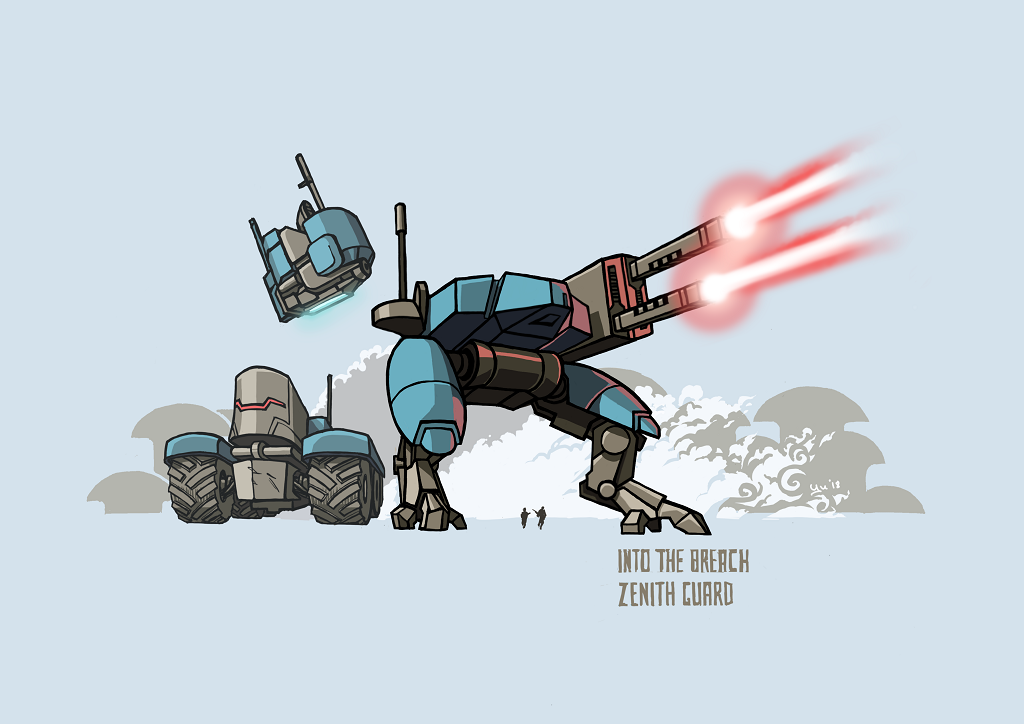 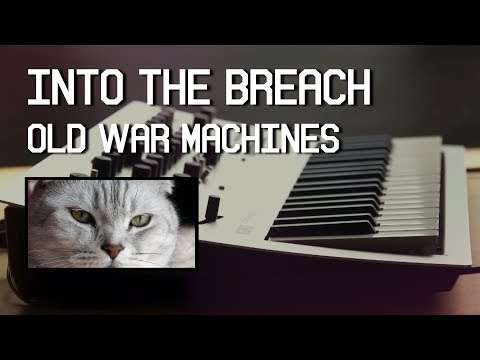 6
8
Into The Breach - Old War Machines on Korg Minilogue 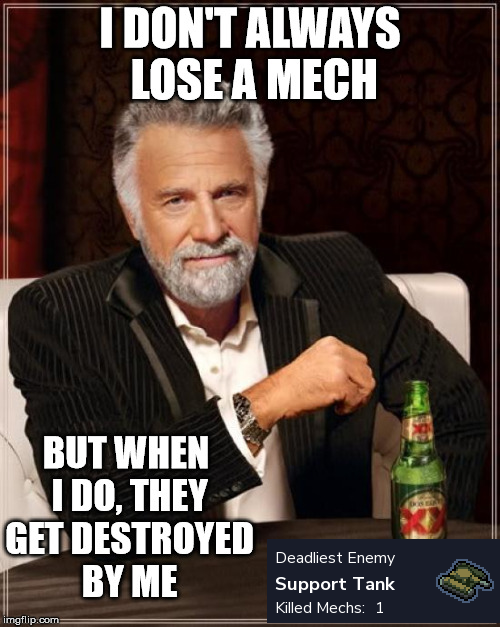 How to get every achievement ever
Into the Breach is a game that encourages players to actively get achievements as they unlock coins which in turn are used to purchase new squads. In this guide, I'll describe what I did to complete them all.
101 ratings

Developer Console: Hidden Commands
List of some undocumented commands. I'll improve the formatting at some point:3 Note the following Many of the commands require you to be on the relevant screen for them to work. e.g. you cant use the 'pod' command when not in a lev...
91 ratings 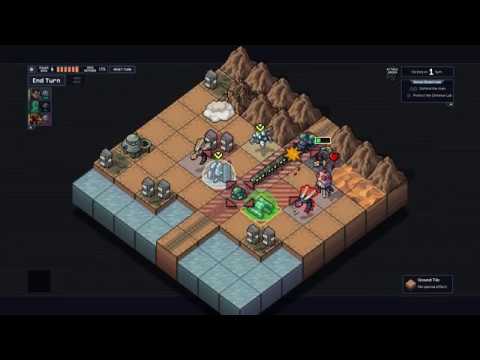 3
7
Into the Breach - Pretty elegant turn! 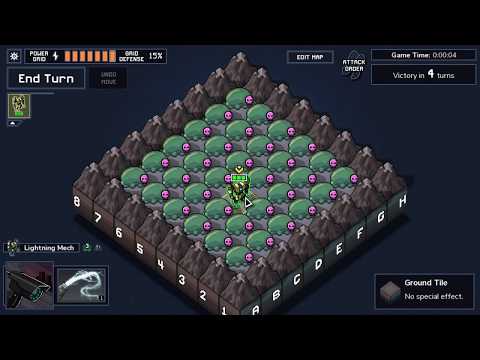 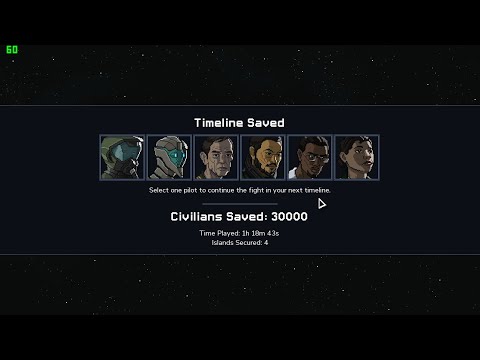 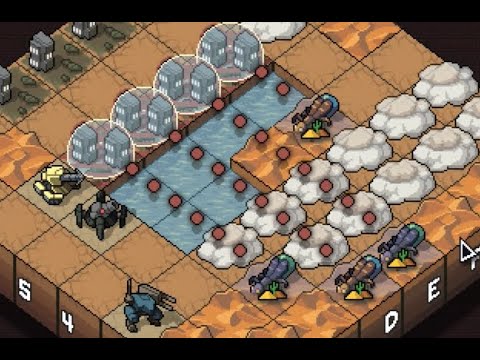 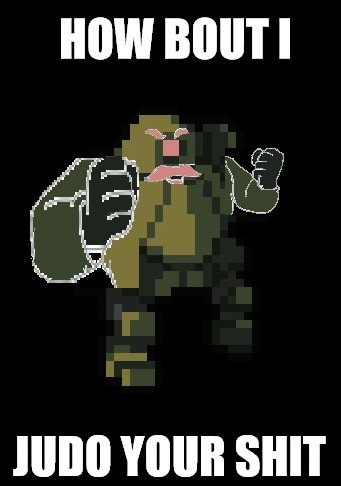 Recommended
18.3 hrs on record
From the makers of FTL - itself an exercise in precise strategy and the struggle with 'acceptable loss' - Into The Breach puts you in command of three different mechs in a series of turn-based missions on randomly-generated maps, across five different terrains in an attempt to hold off an onslaught of enemies for a few turns.

The enormous machines (and their time-travelling pilots) are poised to defend the cities they drop into from the insectoid Vek, whose very hive threatens to break apart the world and kill the last desperate remains of humanity. Across the campaigns you will be given the opportunity to spend the in-game currency to improve and embellish your mechs with interesting techonolgies (FTL fans will be at home here).

Also, achieving certain goals or milestones throughout the game will unlock the ability to be able to buy more mechs to keep gameplay fresh and unique. These variations could range from elemental focuses - such as razing the land with flames to give yourself the upper hand to less obvious and nuanced abilities like adjusting the positioning of the enemy. Once several stables of mechs have been unlocked, it is possible to mix and match to find your own preferred playstyle.

The pilots, who can all be developed with unique skills and freely swapped among the mechs, jump from timeline to timeline - abandoning those the Vek have conquered upon defeat or cheered on by those saved by the steely resolve of the heroes. Whilst the pilots can die permanently, this is only a minor inconvenience and levelling one of the many pilots that can be unlocked again doesn't take long.

Overall, if you are a fan of Tactics-style games or FTL, enjoy Kaiju-settings and like to think critically about every move you make then this is the game for you. Think Chess but with lasers and flamethrowers.

If you are looking for a bombastic, adrenaline-pumping affair then possibly skip this or at least drink alot of coffee first. 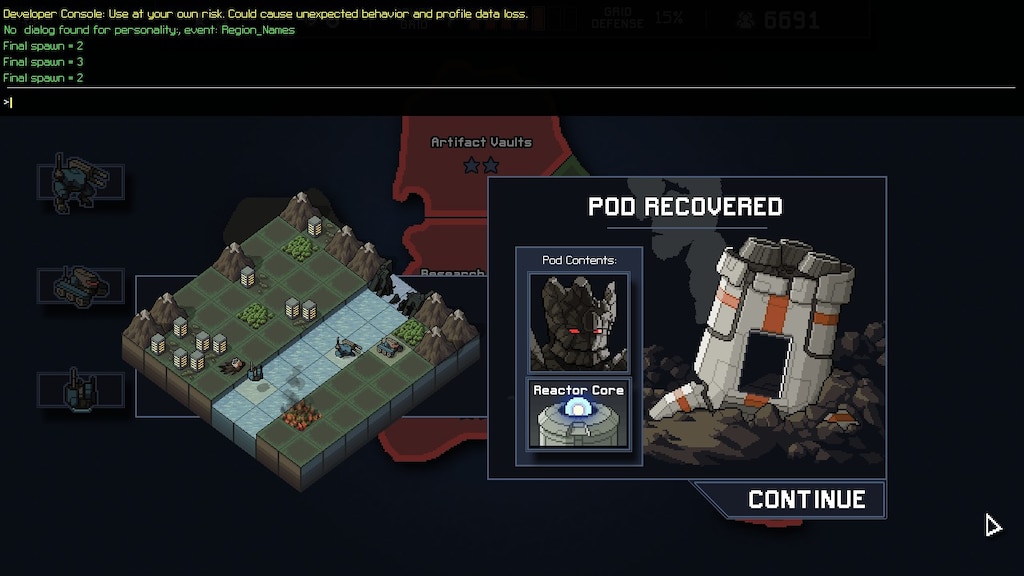 Recommended
22.3 hrs on record
Simple to learn, difficult to master. Half puzzler, half strategy game, Into the Breach is great for quick, bite-sized skirmishes with new mechanics each session.

Recommended
49.9 hrs on record
Subset games has the addictive gameplay formula down pat. 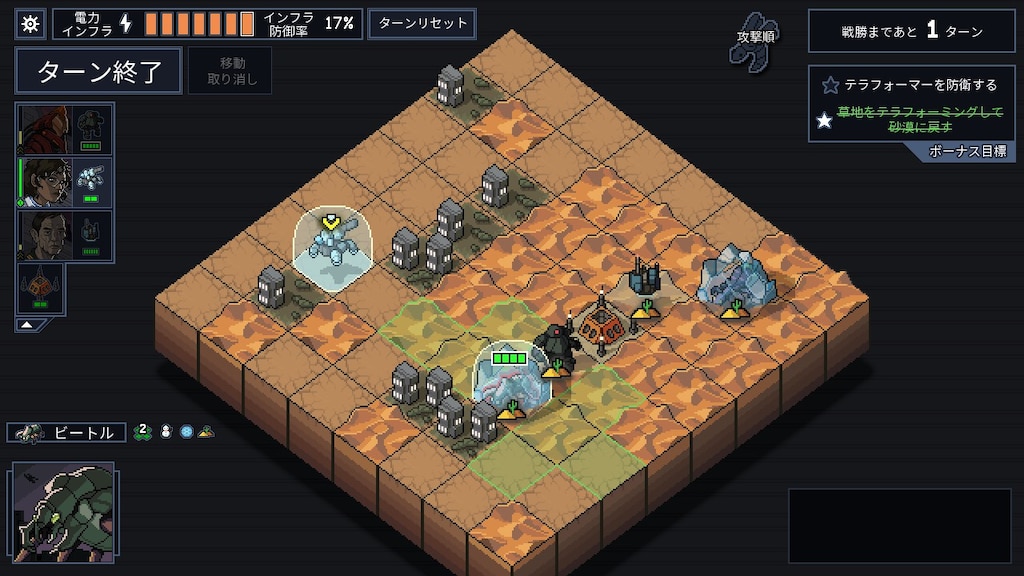 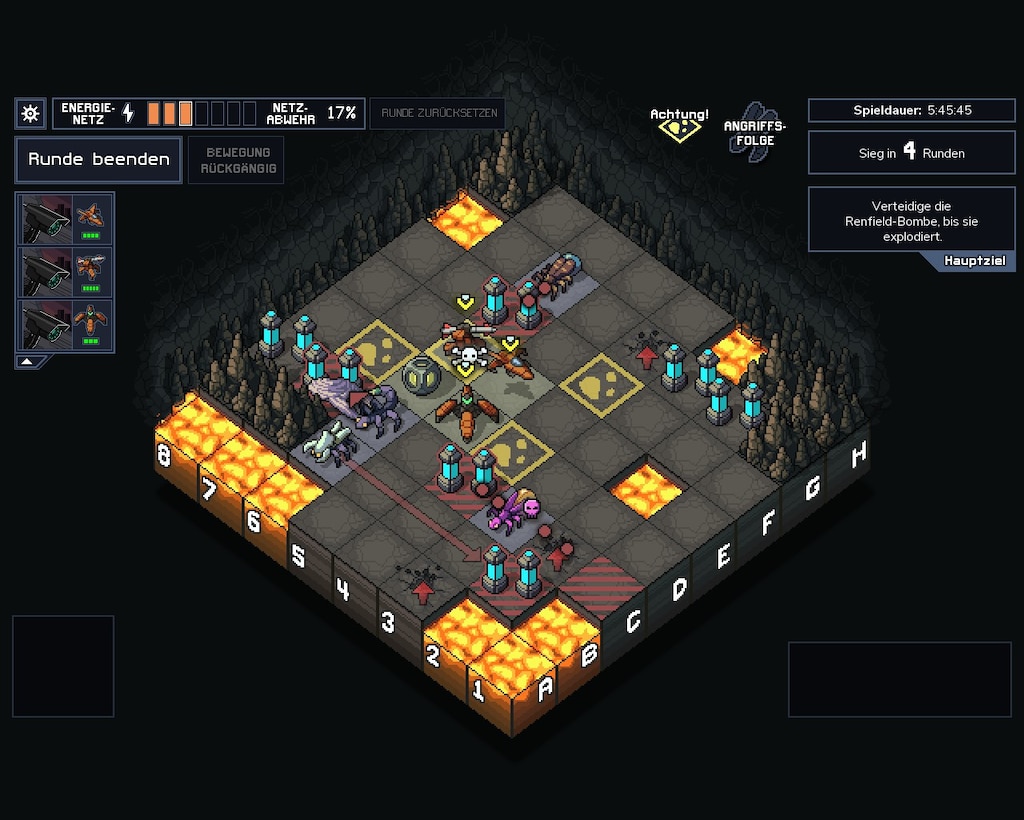 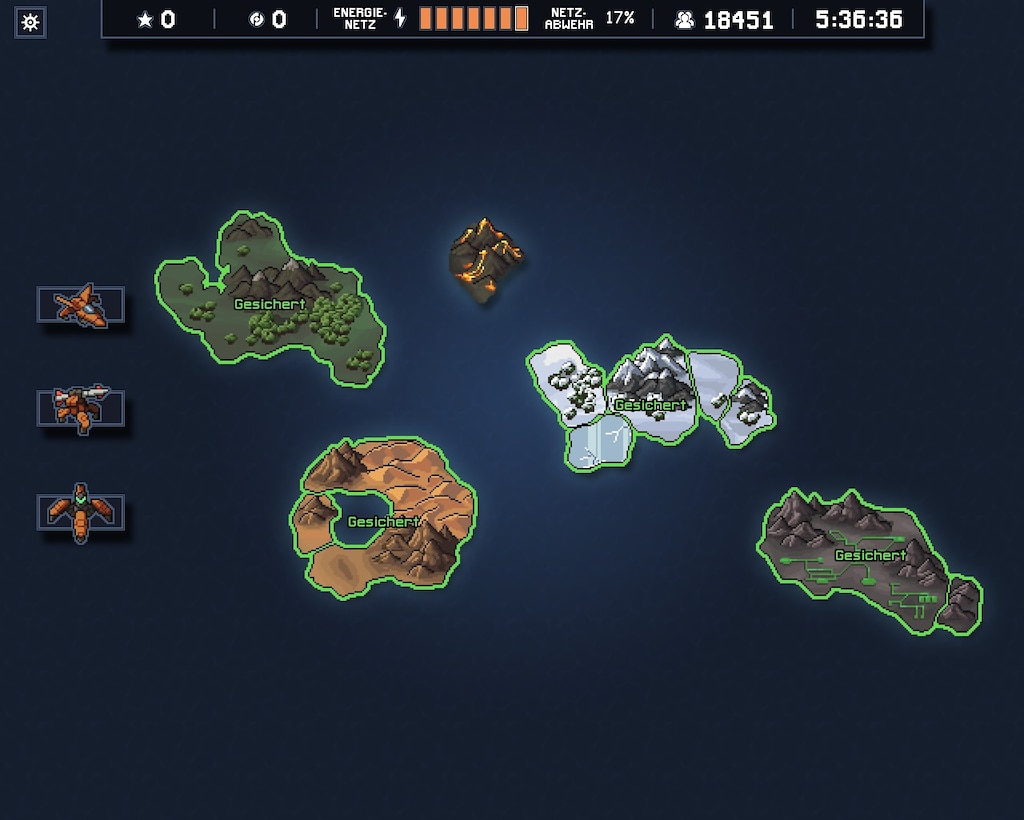 Grey
View screenshots
Getting for free if owned on a different platform
I own Into The Breach on Nintendo Switch, and when I can't use the Switch, I would still like to be able to play it. Is there a way that I can get it on Steam for free since I already have it on Switch? (I'm using Linux Mint if that has to do anything)
3

fireincarnate24
Jun 17 @ 3:09pm
General Discussions
Any plans for a new game ?
Does anyone know if these developers are planning a new game? Both FTL and ITB are excellent games, but sadly no DLC or new content for a long while.
12