Monster Train is a strategic roguelike deck building game with a twist. Set on a train to hell, you’ll use tactical decision making to defend multiple vertical battlegrounds. With real time competitive multiplayer and endless replayability, Monster Train is always on time.
$24.99
Visit the Store Page
Most popular community and official content for the past week.  (?)
Monster Train Patch 2.0.1
Mar 31
March 31, 2021
2.0.1 (12722)

This is a small bug fix patch with a few enhancements.

Monster Train
249
15
The Last Divinity at Covenant 25 - Are you finding it fun?
So I've been hard at work with the new DLC, re-mastering cards, unlocking the new ones, and now searching for crowns for my clan combinations before attempting expert challenges all over again. But, I'm finding myself losing enjoyment for the game. I really enjoyed the early games, playing at lower covenants to get used to the new clan, re-gild some cards, and gradually get used to the Pact Shard system. But upon hitting Cov25, I seem to be hitting a wall. I've won a couple of games, but after dozens of ...
23 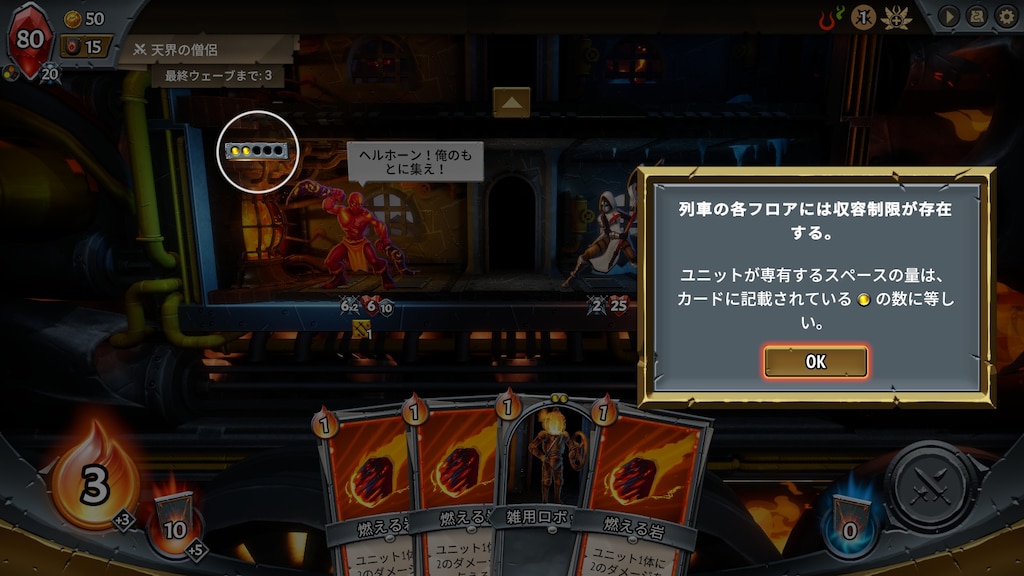 Monster Train Achievements Guide
A basic guide on how to unlock every achievement for Monster Train, have fun !!
74 ratings 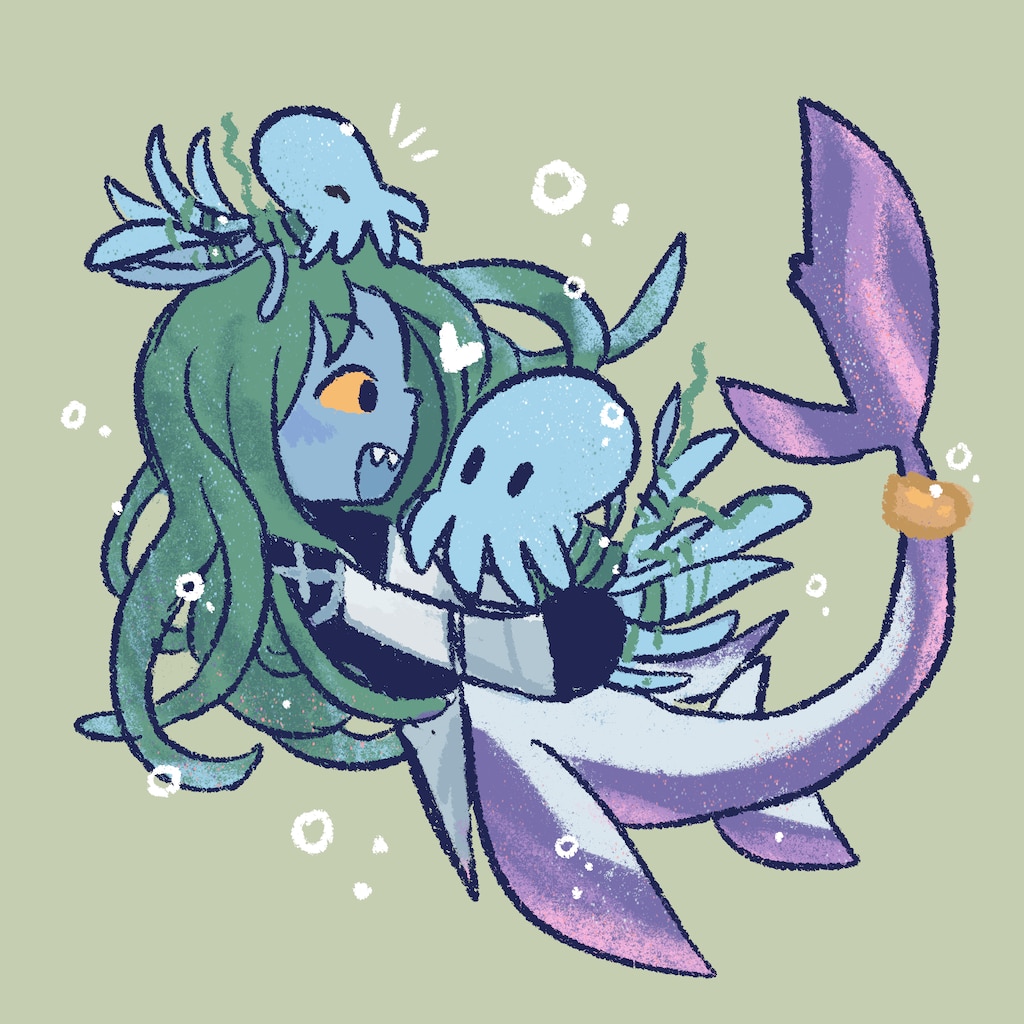 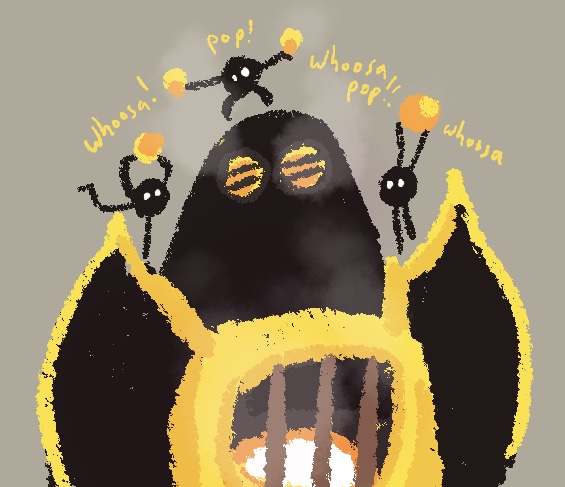 Rolos
View artwork
Really lame Wurmkin is behind Skill Wall.
Every other clan is earned progression based, kill a number or enemies summon a number of things. I can kill 1 enemy lose and after enough games still unlock the next clan. This particular one if I don’t possess the skill to beat a certain Cov rank I can never play with the clan I purchased. Is there a work around or cheat system I can use to just unlock this team? Or a completed save file to download. Looking for answer not for people to tell me they think Cov is easy to beat....
98 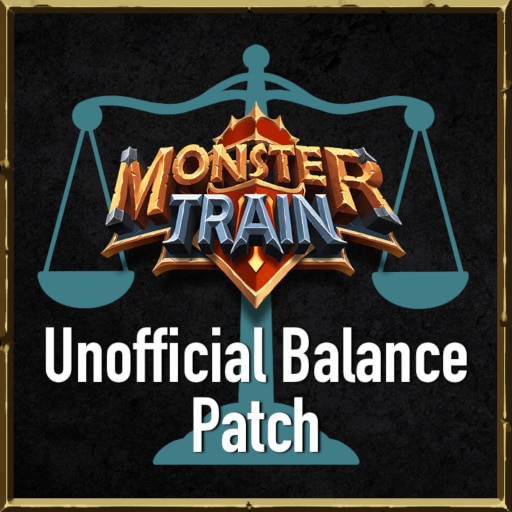 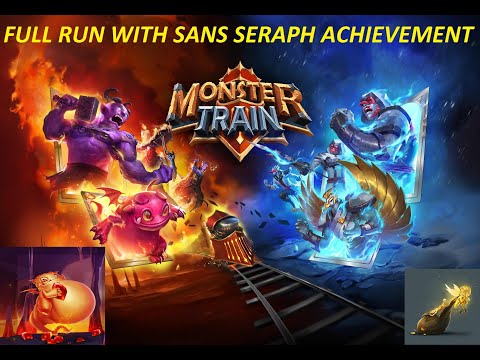 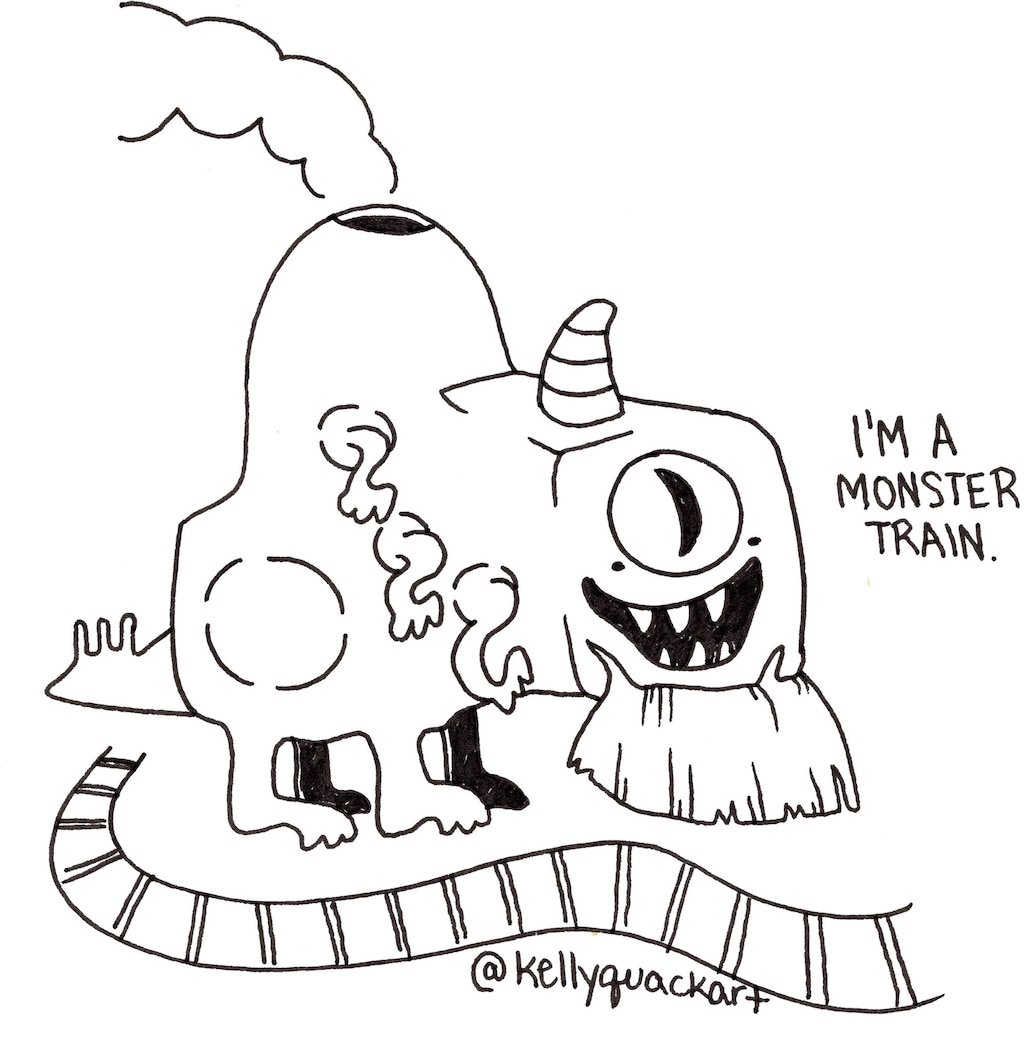 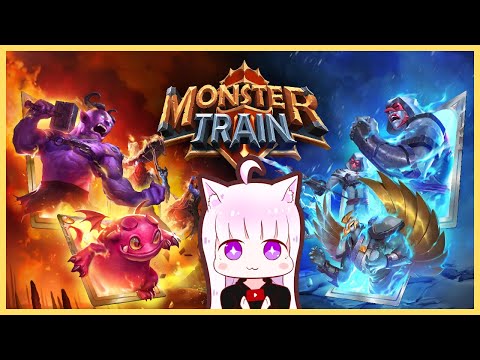 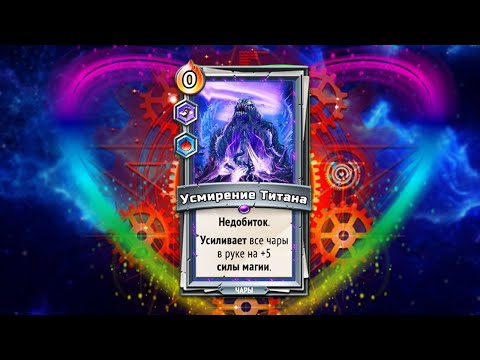 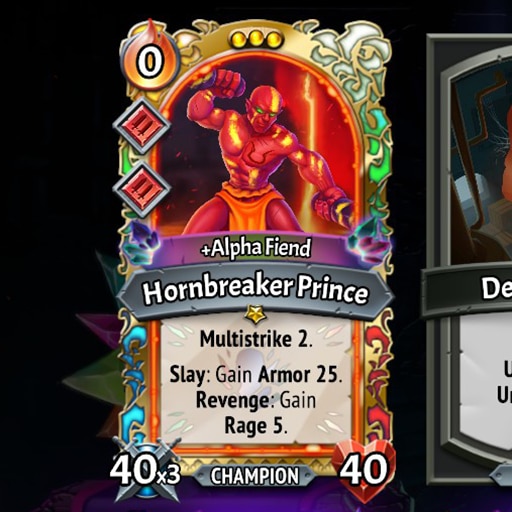 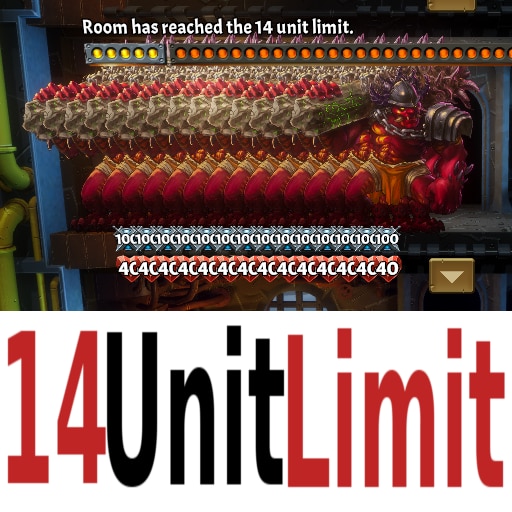 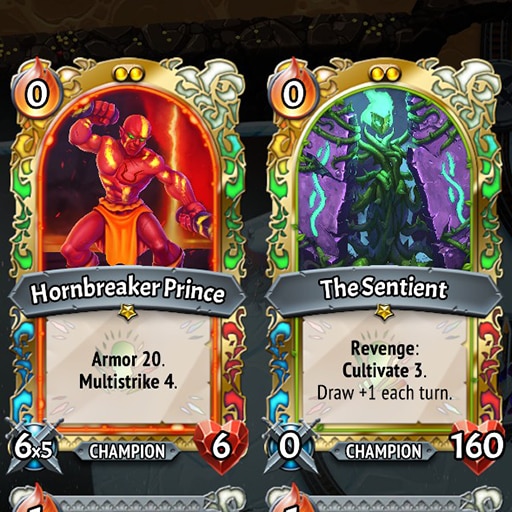 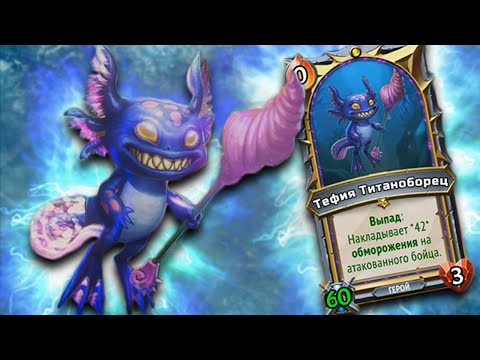 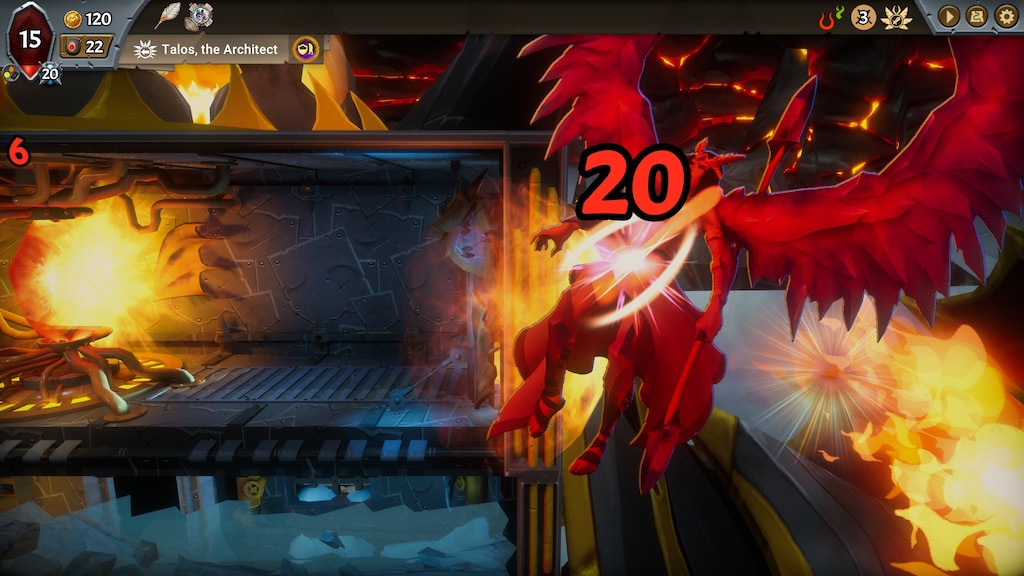 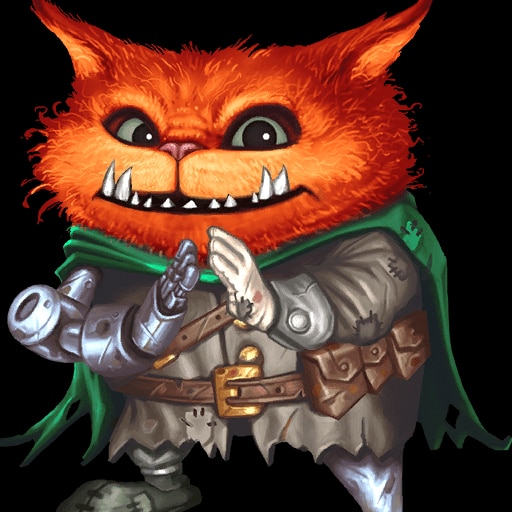 Achievement: How 2 Deckbuilder (Sting Strategy)
One strategy I came up with for the strategy "How to Deckbuilder" which relies on the Thornfruit starting relic

Recommended
104.9 hrs on record
This was a delight, an impressively addictive mix of tower defense, roguelike and deckbuilding. There's definite balance stories where certain champions are VASTLY better than others (requiring less things to come together or just practically carrying their side by themselves) but they're all playable and there's nice mixtures.

The constant randomness is both a joy and at the same time can make late cov25 play feel like it has a 20% up/down based on if the dice like you. A variety of champions or setups have aligned artifacts that are significant force multipliers for them, so there's definitely a level of fishing for them. Getting the wrong third tier enchantment showing up can also considerably sway the flow of a run. It lends to skill and awareness of the options (what do you do with bad hands or when not to take challenges) but there's absolutely an unevenness between runs at the same difficulty.

Playing the Imp Queen? Well this run we won't spawn any high rarity Imps and you'll run into quick or multistrike. Playing a heavy hitter? How about endless regularly? Totally happens. Still quite fun and causes for creative problem solving but means there can be massive difficulty shifts going on too.

Recommended
36.5 hrs on record
Product received for free
I got this as a gift and this is by far the most time I have spent on a gifted game.
Turn Based Roguelite Card game... it can mean only one thing: lots of math. Don't worry, you can suck at it and still have fun (I lead this by example, although I shouldn't be sucking at math). But, wait, while we are at it, let's see the numbers.

Each run of the game is set when you pick one of races for your main deck and one for support, after which you can pick your champion (tempted to use the word hero, but from story point, you are a "baddie"). So, there are 5 races, and each "deck" can be split into usage categories like... Long-term offensive, Healing, Passive defensive, passive offensive and explosive (short-term offensive).
5 choices for main deck, thus 4 for support (since you cannot pick two of the same decks for one run).
5*4=20. Not bad.
Then there are champions. 2 champions to choose per main deck, thus:
5*2*4=40. Neat.
Each of the champions has 3 of different upgrade paths; so...
5*2*3*4=120. WHAT?
120 of different STARTING combinations! This is also disregarding the fact that there is DLC that brings another race/deck!
And possibilities just keep pilling up as you go, since each champion's upgrade path has 2 upgrades, and you can even intertwine upgrade paths. After each battle, you are given randomized possibilites, out of which some consists of upgrades, acquiring more cards (some that are unrelated to any of starting decks too!); all in all polishing your deck.

Each run is crazy and we are introduced to very progressive and fair unlocking system - that way, you may feel slightly overwhelmed only at very beginning, but once you get used to how mechanics work, game will guide you as you go. More you play, more stuff you will unlock. It took me about 30h to unlock all cards and I am not done playing. Did I also mention you have other modes, other than standard run? Yes sir/madam, there are even more stuff! I haven't even tried all the cards yet, to be honest!

If you have played Slay the Spire, i.e., I could say that Monster Train is like upgraded version of the game. I feel I devote more of thinking to tactics in here, there are way more things to juggle with and certainly, way more fun for me. Like in StS, you have here difficulty rise as you succeed in each run and from what I can see, the last "difficulty" is 25th. All in all, this game will challenge you more than one I previously mentioned, but possibly bring you more fun too.
OST is pumping, sound effects are quite decent, artwork is very imaginative - each of the deck is a theme that relates to its "power". It is blinding with how much love this is all built. Kudos to devs.

Recommended
15.7 hrs on record
I've completed the game multiple times with Monster Factions (Clans). Check out the Review of the game here. (If you found this helpful give it a thumbs up.)


Pros:
1. Quirky, friendly vibrant artstyle.
2. New spin on the roguelite tower defence genre, 3 lanes (floors) to manage and defend but keeps it incredibly simplistic.
3. This game has a lot of charm, great freedom of choice and a massive selection of cards.
4. Customisable playstyle, no run is ever the same and multiple Monster Factions (Clans) to choose from.
5. All aboard, Choo choo!

Cons:
1. There is no story line to the game just pure gameplay.
2. The gameplay loop felt a tiny bit slow, there is always the setup period before things start happening.
3. A lot of the cards can be quite useless compared to others, some balancing issues and tweaks needed.
4. I was not as addicted to this as I have been other card game roguelites.

Overall:
Monster train was a treat to playthrough as every faction, they all play vastly different from each other in terms of mechanics. I just felt it wasn't as addictive as it should have been and I can't quite place my finger on what was missing.
All in all great game and worth playing if this genre is your thing. 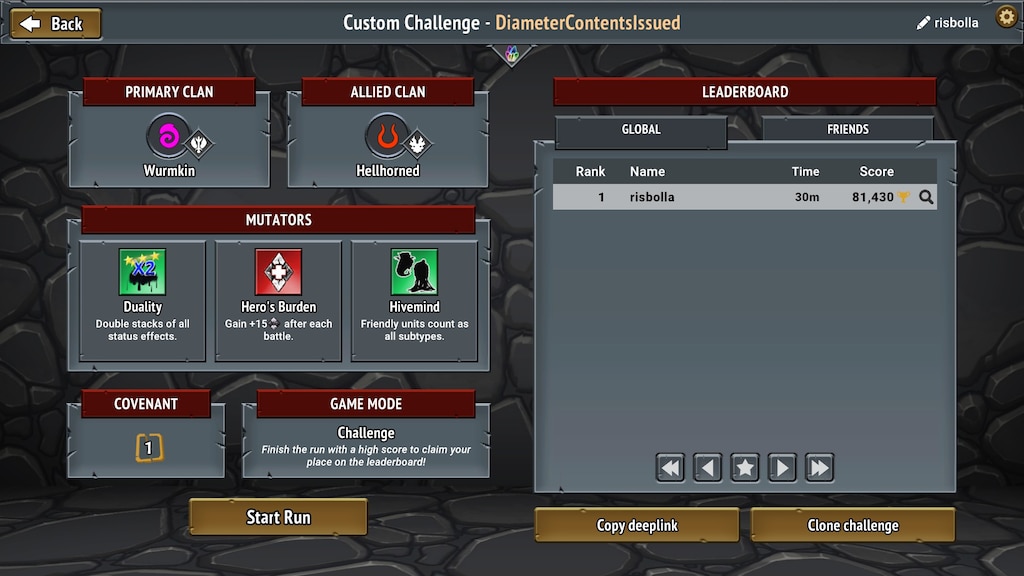 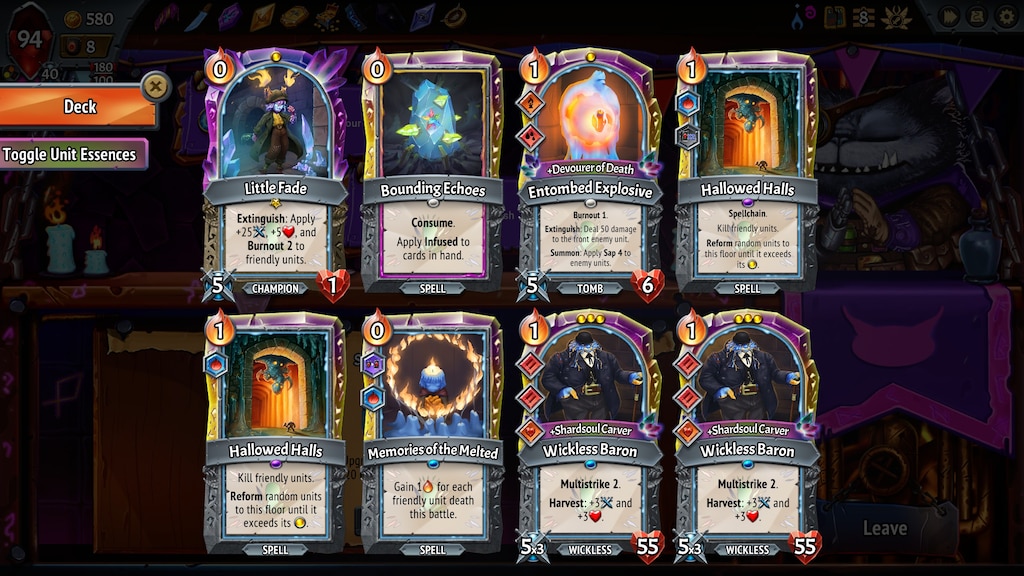 0
0
My smallest deck for the divine victory ^^ 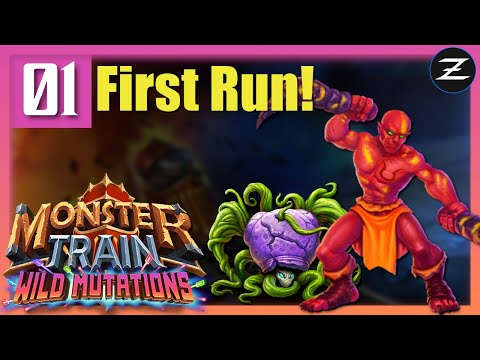 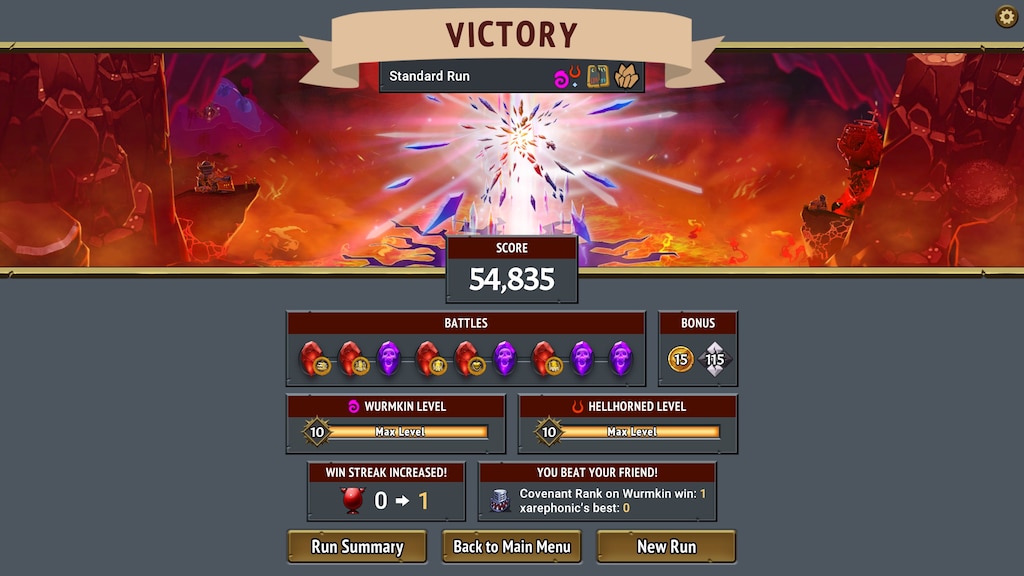 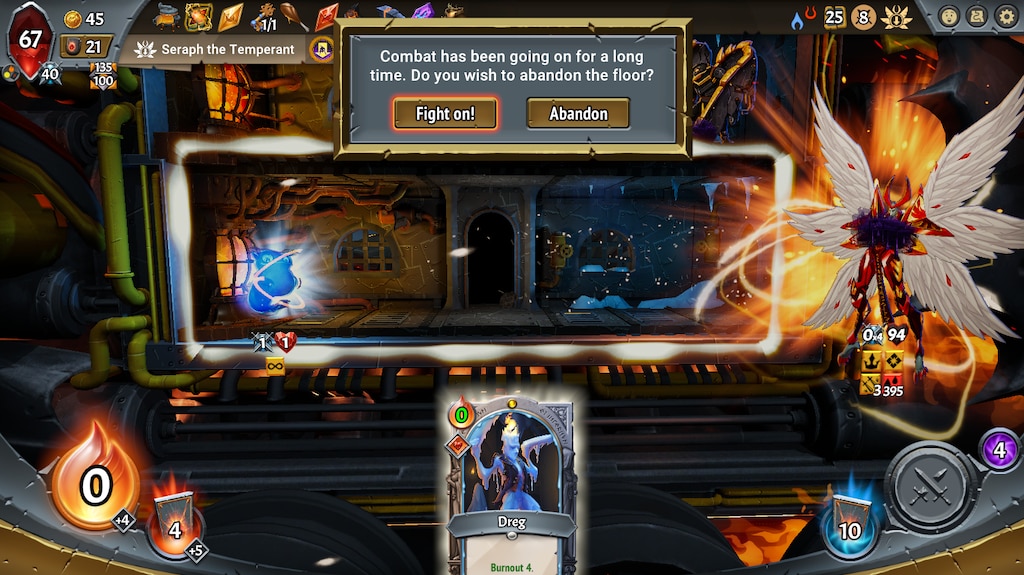 Good Shepherd Entertainment
May 3 @ 9:30am
General Discussions
What's your favorite hero/clan combo?
Umbra is my favorite clan, and Primordium is my favorite of the two heroes. I'm not a huge fan of Hellhorned as a primary clan, but I think they support Umbra well. They have a couple of things that add fragile and multistrike, which in most cases is terrible, but if you've got 15 layers of shield (thanks Crucible Warden) it is well worth it. Being able to ascend units is nice too, since Umbra can only push them down with their own cards. I can see myelf liking Wurmkin as a support class once I get better...
7

Nathaniel Prime
May 2 @ 3:44am
General Discussions
What's the most overpowered card you've ever made?
Mine was Dante the deceptive that i'd merged a alpha fiend with. I had 7 blight cards so it hit 8 times a turn and gained +5 attack for each hit, I then gave it quick, +25 hp and endless. when it killed the final boss with 3 turns until the end it was doing about 1600 damage per turn How about everyone else, what's your most OP card?...
7

https://store.steampowered.com/app/1359320/The_Last_Divinity/
Major New Features
The Wurmkin Clan
A new clan has risen from the depths of hell to join forces with your 5 original favorites. The Wurmkin Clan is led by two powerful new champions. The Spine Chief uses the power of Charged Echoes to do damage and make compatriots even more powerful and the Echowright can tap into the power of consumable spells in all new ways. Charged Echoes create buffs for the whole floor and bring a completely new gameplay mechanic to the already diverse world of Monster Train.

Pact Shards
Pact Shards are a brand new currency; unlike gold, you reap benefits when you GAIN shards rather than when you spend them. But beware the tradeoff, they also enhance the power of your enemies in battles throughout your run. You acquire the Pact Shards in the Shard map nodes on your journey in the Boneshaker. Each ring has one Shard map node, so be sure to look for them. You can take on more Shards to gain gold, artifacts, or spell upgrades, or to perform a new mechanic called unit synthesis where two monster units are merged into one. If you have gained 100 or more Shards when you defeat Seraph, a new battle unlocks and you can face – The Last Divinity!

The Last Divinity
The clans of Hell will need to rally together and support the Wurmkin clan, as a new ominous deity interferes with the ongoing battle between the forces of Heaven and Hell. The Last Divinity is so huge it can’t be contained to one area and instead imposes itself over all 3 floors at once. Prepare, as all your previous knowledge and strategy will be pushed to the limit to defeat this last divine force. What will tip the balance?

Full Patch Notes
DLC Content
Gameplay Balance Updates
In addition to the new content in the DLC, we made a variety of balance tweaks to existing content that apply to all players.

A quick note just to say how very much we appreciate all your support over the last (nearly) year since Monster Train launched in May of 2020. We’re pleased to announce that the Boneshaker has hosted over 500,000 riders over these 11 months as you all boarded the train to covenant victories! None of the game’s success would be possible without all of our awesome community. Here’s to all our existing and incoming Monster Train players as we go for a million! 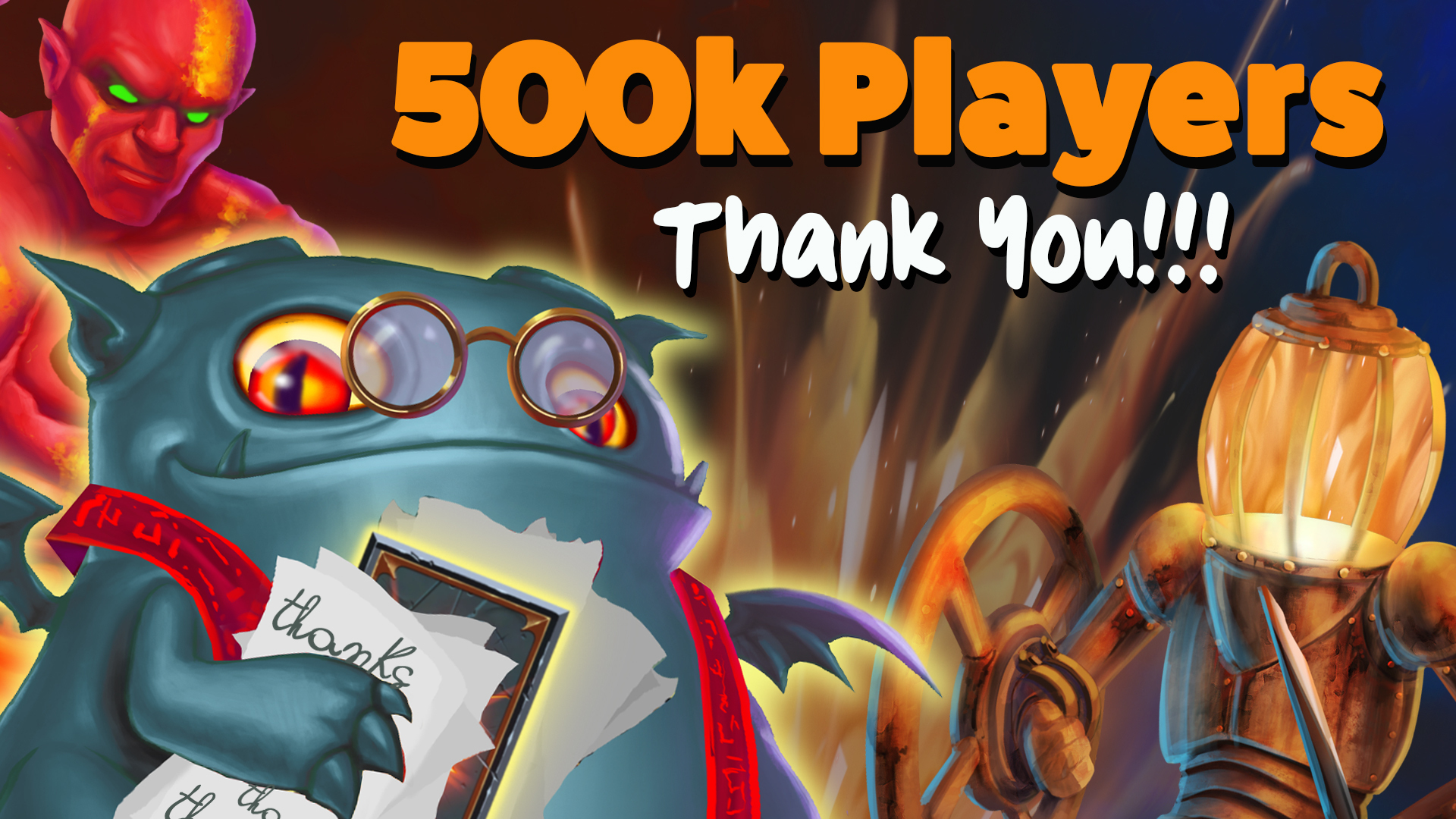