Iron Danger is a tactical combat game with a unique time manipulation mechanic. A never before seen combination that blends the tactical depth of turn-based games with the exciting action of real-time games.
-80%
$19.99
$3.99
Visit the Store Page
Most popular community and official content for the past week.  (?)
Hero controls
I read in a review it's not possible to give commands to both of the heroes at the same time/heartbeat. So they are doomed to fail on the first try because only one of them can act, and the player can give command to the other hero only after a time rewind. Is this true? I saw a streamer who failed a lot of times and many times only one of the heroes acted. So this might be true....
2 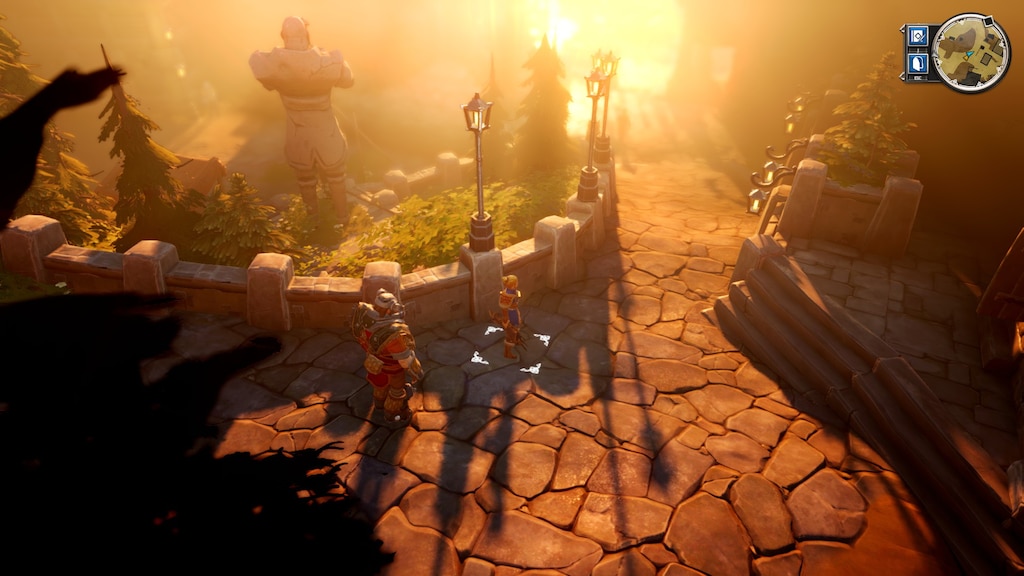 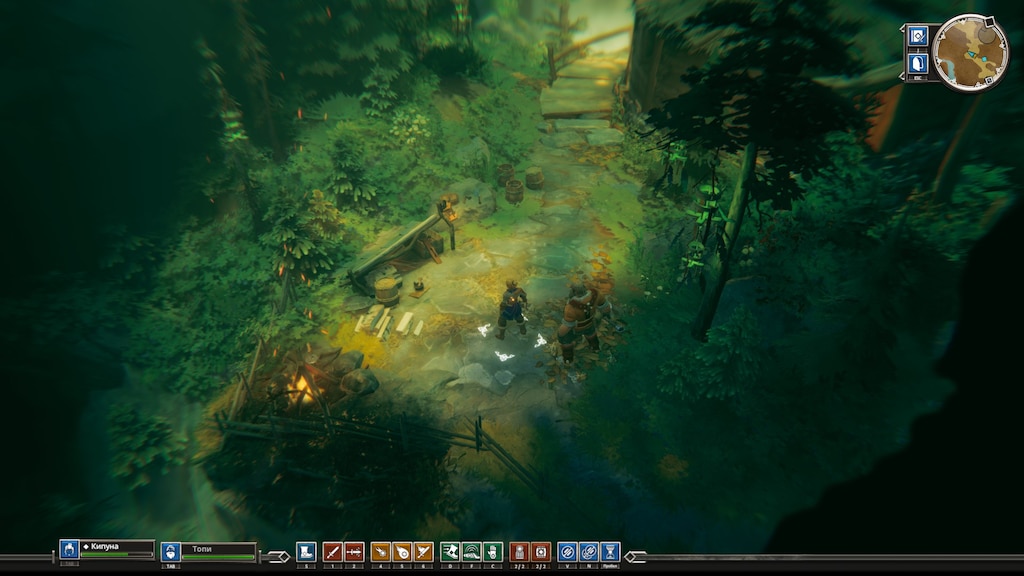 Recommended
17.4 hrs on record
Product received for free
Iron danger is a small, but well done adventure/tactical game that superficially looks a bit like a fantasy RPG. I wouldn't actually call it an RPG, though, as the story is linear, the player doesn't have any choices outside of how to approach combat and which skills to upgrade, and there's no inventory that goes above a singleplayer FPS game, either.
The combat is clearly the star of the show here, based on the timeline you can scroll back on up to 7 seconds. It is clearly stop and go, but not really turnbased - well, it has 0.5 second turns, if you will. for lack of a better descriptor I'd call it pause-able real time.
The player over time gains access to a wide range of skills to engage enemies with, or shape the environment through judicious application of fire or ice.
It is actually quite fun, and while it can be frustrating at times and has no in-level saving, the ability to just revert any bad decision alleviates a lot of potential issues with collision boxes(that the game does have; Like having to smash a box of grenades because it's somehow impossible to grab those grenades out of the box from all but one specific angle that happens to be facing a wall). It is just immensely satisfying when things 'just work' after having tried five different angles to line up that perfect shot.

I somehow completely missed this game when it released until I got it in a magazine deal.
Then I binged it the entire day and a few hours of the next; The playtime shown on this review is how long it took me to beat the game on hard(and write the review, so probably closer to 12 hours).
The story looks relatively simple, but the world is interesting, and the musical score is just beautiful.
I can obviously not tell you if it would be worth your money, but it was definitely worth my time.

Recommended
0.5 hrs on record
I don't think people are being objective in the negative reviews.
It's true that the time mechanic essentially serves as an undo button, but that's the point!

I would sum up the game as a wholesome experience with great voice acting and decent strategic elements. Sometimes it feels like an RPG puzzle game, and I don't think there's anything that fills the niche quite as well as Iron Danger does.

A good game to buy on sale if you're looking for something new to fill your time. The character design is interesting, the gameplay is fun, and the story is actually quite engaging.

I'm not sure why other reviews say the story isn't good, I'm loving it so far. So much so that I felt compelled to write a review condemning those who felt the need to be so negative.

"This game isn't for me." Then why are you reviewing it? Imagine if people who didn't like puzzle games went around reviewing puzzle games? If this isn't the sort of game you'd play, don't burden it with a negative review. For what it is, this game is good. You can feel the passion that went into it and we honestly need more of that.

Recommended
12.4 hrs on record
Combat can get a little repetitive since you only have 2 active characters, even with the extra skills you pick up along the way, but the core mechanic is satisfying when it clicks and you perfectly time attacks/spells and it doesn't outstay its welcome at around 12 hours of playtime.

I would love to see the concept fleshed out into a more ambitious sequel featuring a larger active party (but with far fewer skills per party member). 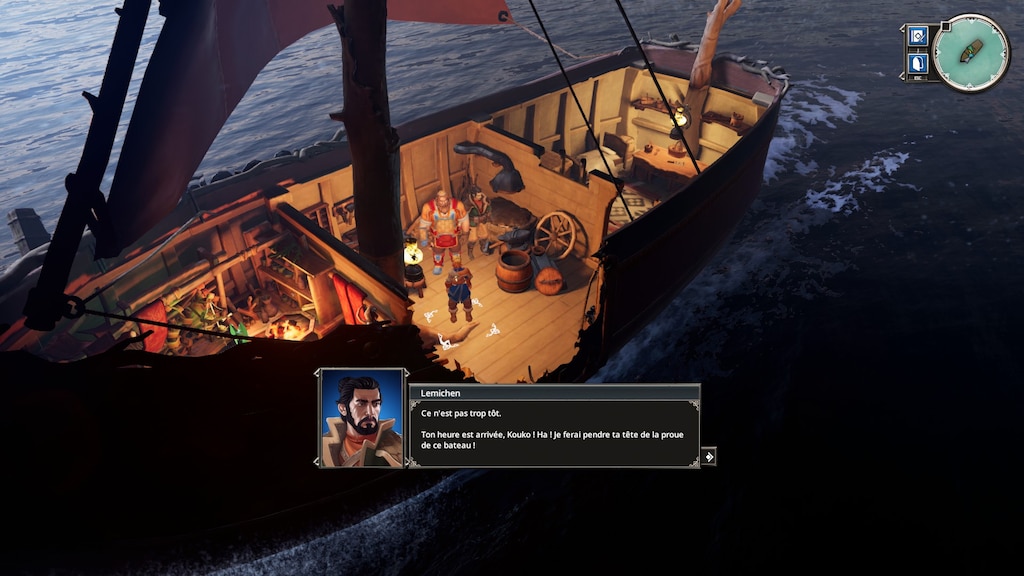 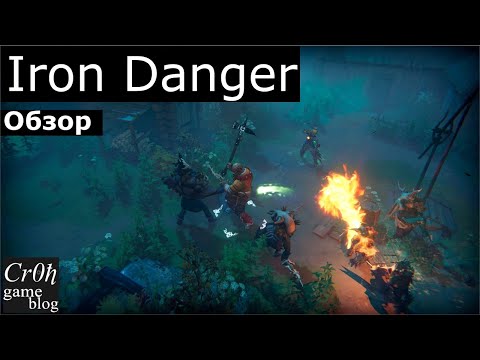 Blissfull Kitty
View videos
Difference in graphics settings from High to Very High?
Curious as I go from 50% to 80% but don't see much difference. In-game does not indicate what changed. Any ideas? Maybe the dev's could enlighten us! :)
1

HonoredShadow
15 hours ago
General Discussions
What game engine - unreal, unity, or custom?
If Unity, which version of Unity? Thanks
1

No Known Stereotype
15 hours ago
General Discussions
Worth Five Bucks?
Reviews are very hit and miss? Game worth playing at 5 bucks? Opinions please
8

LtlMacMcG
15 hours ago
General Discussions
Save game
This game is going to use normal save game option? I saw some yt review, and the youtuber said that there is no manual save option. Is this true? For me manual save is buy or not to buy choice :/
41