The hotheaded Laharl seeks to be the next big Overlord in the Netherworld...and will destroy anyone that gets in his way! With his devious vassal Etna and the angel trainee Flonne as his unlikely allies, he must battle his way to supremacy and retake the throne in this over-the-top RPG adventure!
-80%
$19.99
$3.99
Visit the Store Page
Most popular community and official content for the past week.  (?)
Pretty Prinny - v 0.5.5 [Global Injector] - (9/15/2016)
Please refer to this post instead: https://steamcommunity.com/groups/SpecialK_Mods/discussions/9/2741975115064735841/ I will not be posting in the public forums until Valve hires more professional moderators and/or implements an ignore button to make th...
975

Kaldaieℵ₀
Jul 16, 2017 @ 10:37am
Workshop
Disabling gamepad
Is there anyway to do it? I`m using K&M it is annoying to have the interface buttons as the gamepad ones.
2 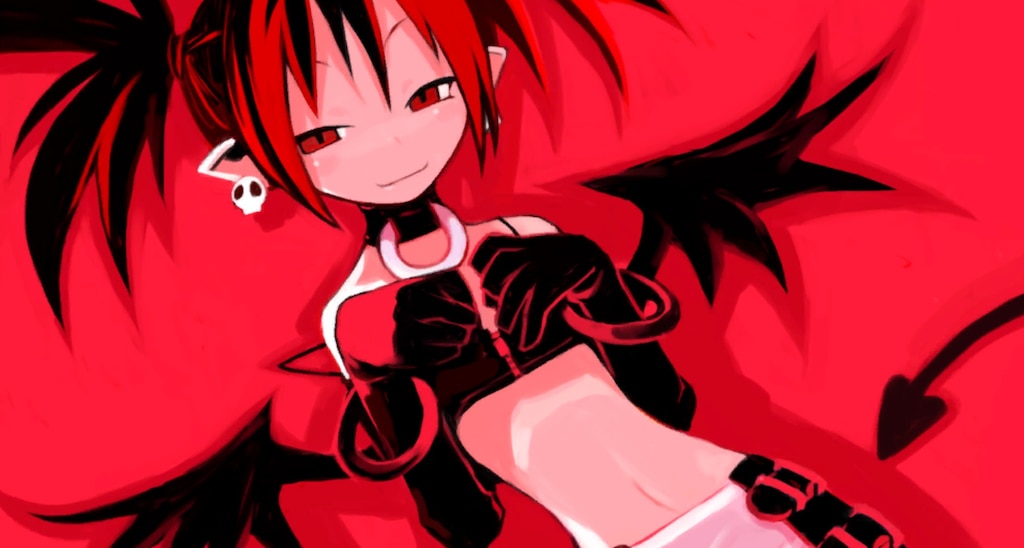 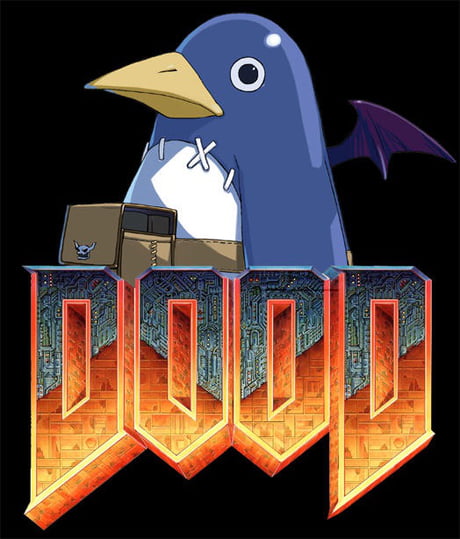 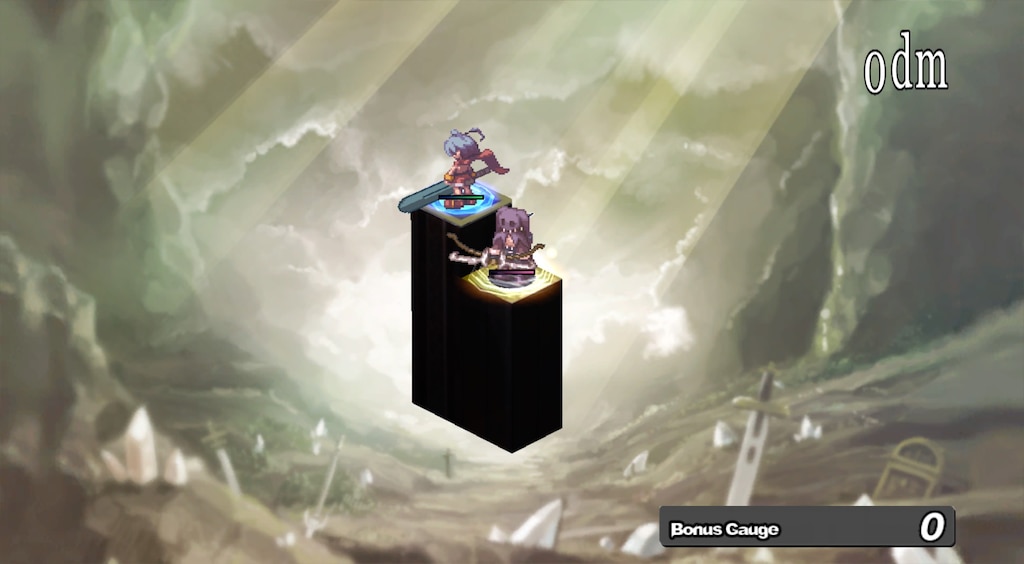 2
7
Item world random generator spent a lot of time on this level.. 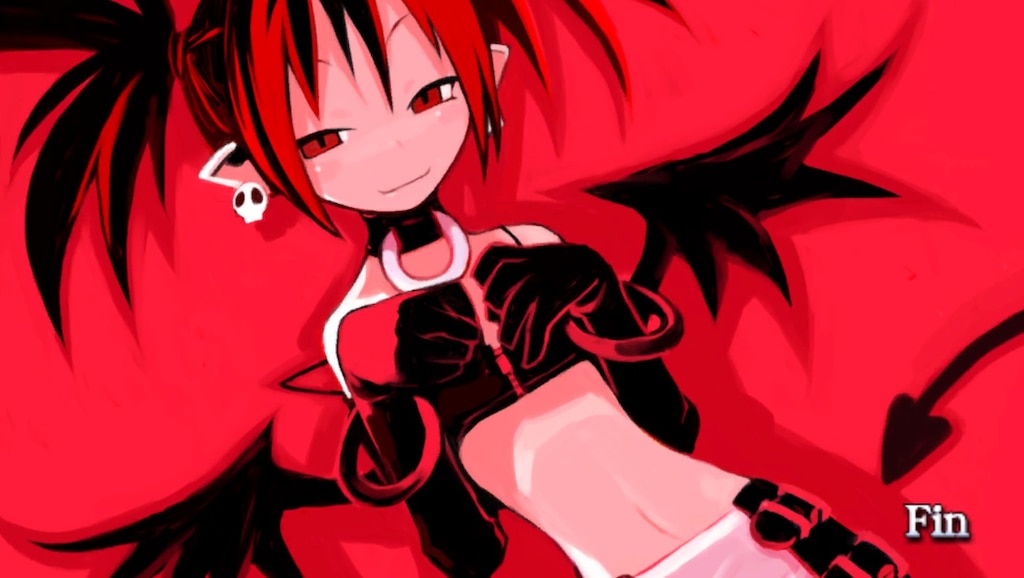 efuni
View screenshots
Disgaea music skipping bug
Some of the songs in the game's soundtrack skip ahead and loop back to the beginning prematurely. Is there a patch or a mod that fixes this? I'd appreciate any help I can get. Thanks
2 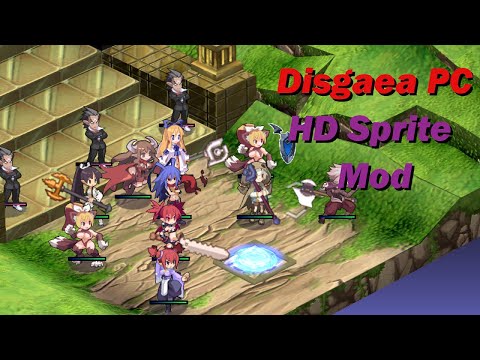 Guide to all Endings
A simple guide containing the ways to every single ending in the game. Some of the endings are required if you want to unlock every music track in the Music Shop.
75 ratings

Disgaea Quick Ref
This is a really quick guide. For people that are familiar with the game and just want a list of the unlockable classes and a ref for which specialists, and how many, you may want.
55 ratings 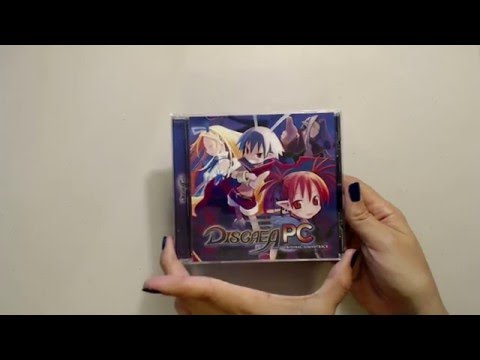 Daison
View videos
Is there a way to find Surts in the Item World for capture?
I'm planning on adding a Surt into my party. Now my problem is that I'm not nearly grinded enough to go and clear Alternate Netherwold & Beauty Castle to go and capture the Surt in Baal Castle 1. So, my thought was: could I jump into the Item World with something crazy, like the Etna Testament. Could I find a Surt to capture this way? Is it Rare? Is there a simpler way? Or is it just easier to work my way to Baal Castle 1?...
9 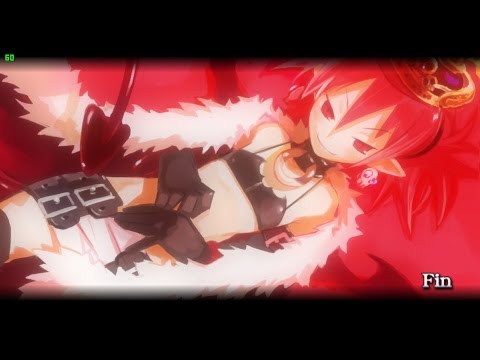 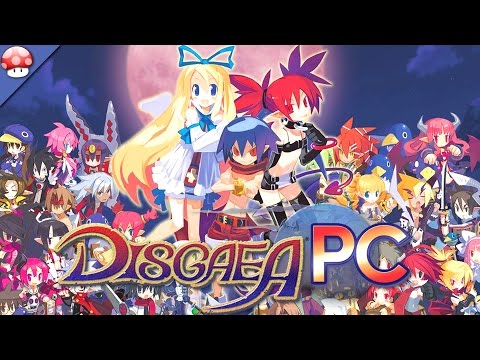 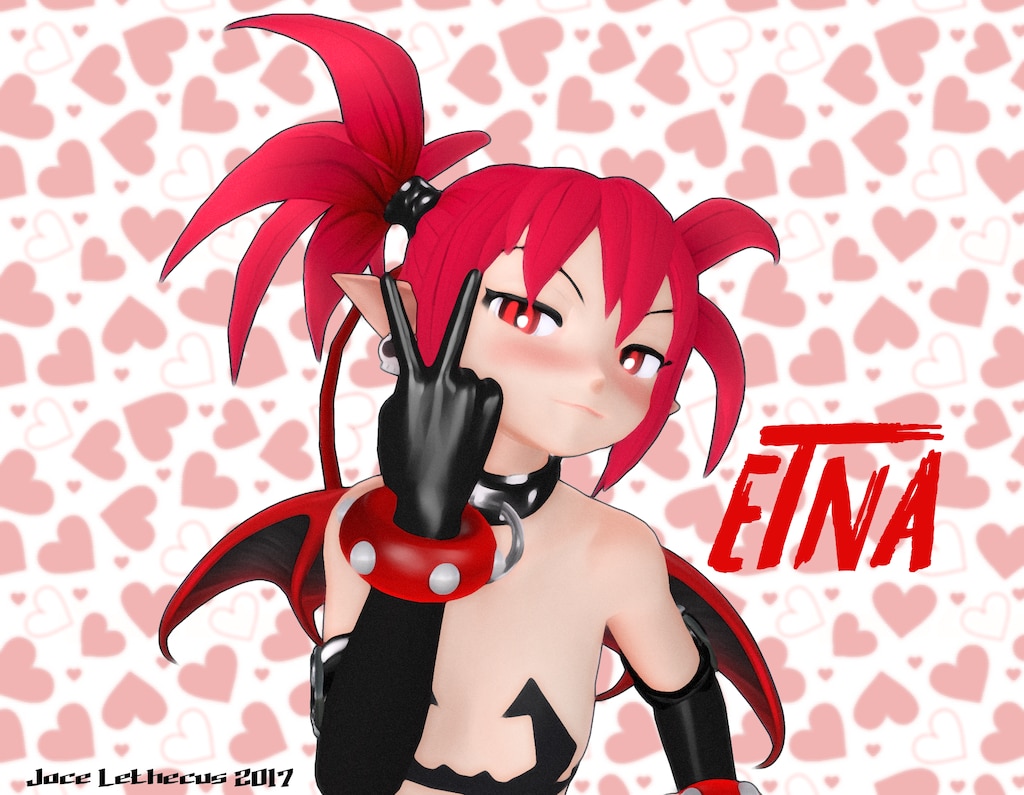 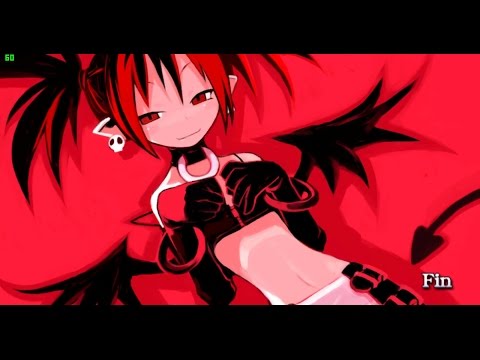 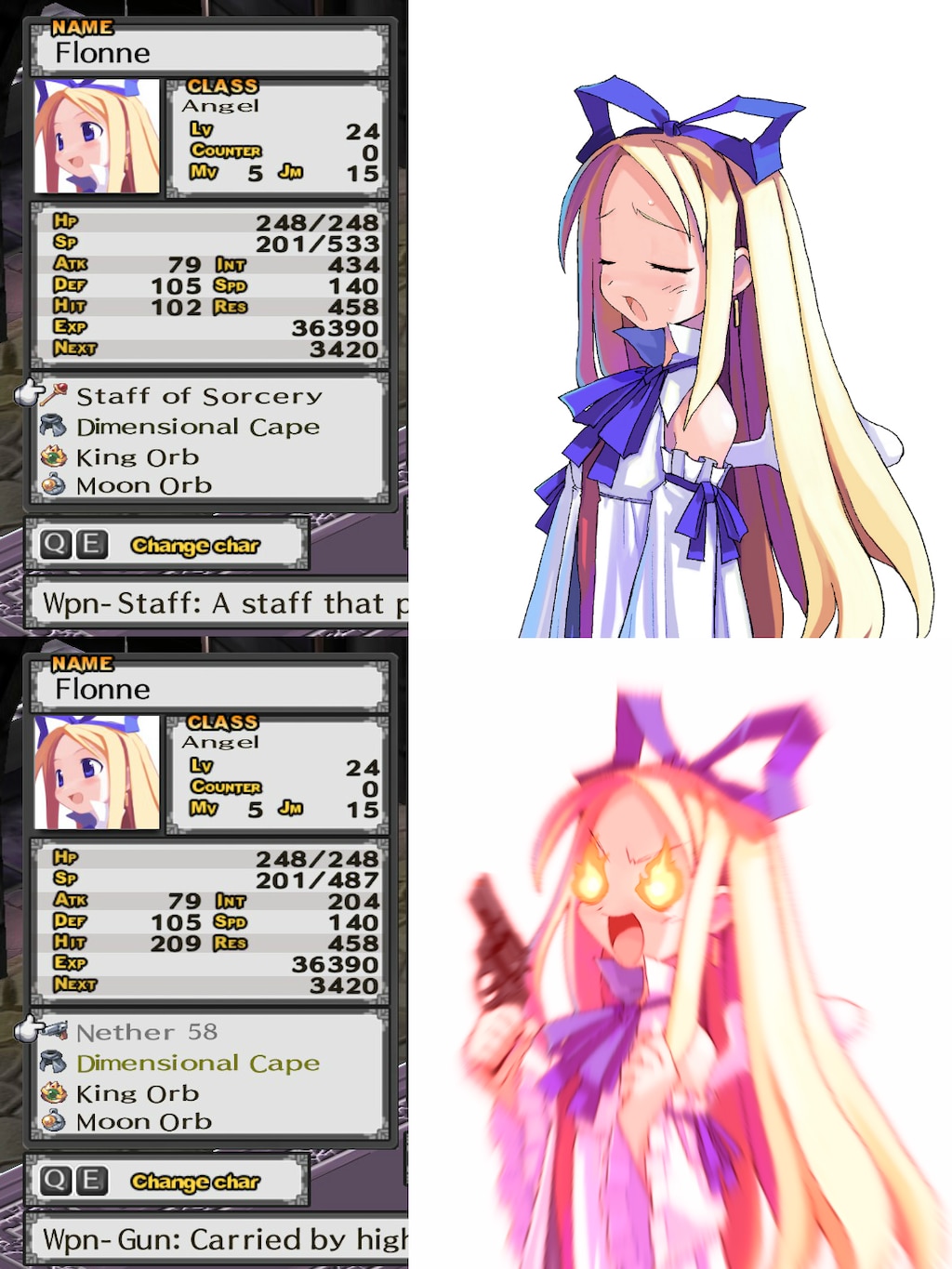 Recommended
4.7 hrs on record
Really fun game with cute and funny humor and Flonne 😭. Not personally a fan of NISA's localization "style", but it's still a really nifty game despite that.

I have to play it on my Steam Deck though (Using the in-game windowed mode to prevent stretching), because fullscreen on my main Windows PC is actually just borderless fullscreen that stretches the game window, and there' an endless D-Pad moving up issue, no matter what I do (Yes, I've disabled unused controller devices too). Hardcoding resolution options is going to cause problems no matter what.

The port also is stuck at 720p internally (So the game on a large display has problems, and with displays that don't evenly divide by the resolution, it will be overly blurry thanks in no part to the lack of integer scaling), and there's very noticeable flickering/strobing (Which may pose as an accessibility problem for some) with the in-game SSAO implementation. I'd suggest disabling it. Likewise, use a FreeSync monitor to play (or just play on a Steam Deck), because the game is going to have stuttering/frametime problems otherwise, since there's a framerate cap that is not user exposable. You will want to use the PrettyPrinny mod to play the game, but using the lite version in conjunction with recent versions of Special K (For the windowed mode latency optimizations). As far as I'm concerned, this release of the game also lacks the content from the mobile version (Which is usually cheaper than this version without discounts), or the Nintendo Switch releases. There is a mod to add some of the content from the PSP version, but it also seemingly breaks compatibility with PrettyPrinny.

Can I recommend this game based off the time I've played? Probably, need more time to think about it, may change the yes/no recommendation once I play more. Probably with some massive asterisks especially in the UX department, because the PC port definitely has some problems that never got addressed officially, and spending hours in a debugger trying to get the game work is something that I personally would rather not do if possible. 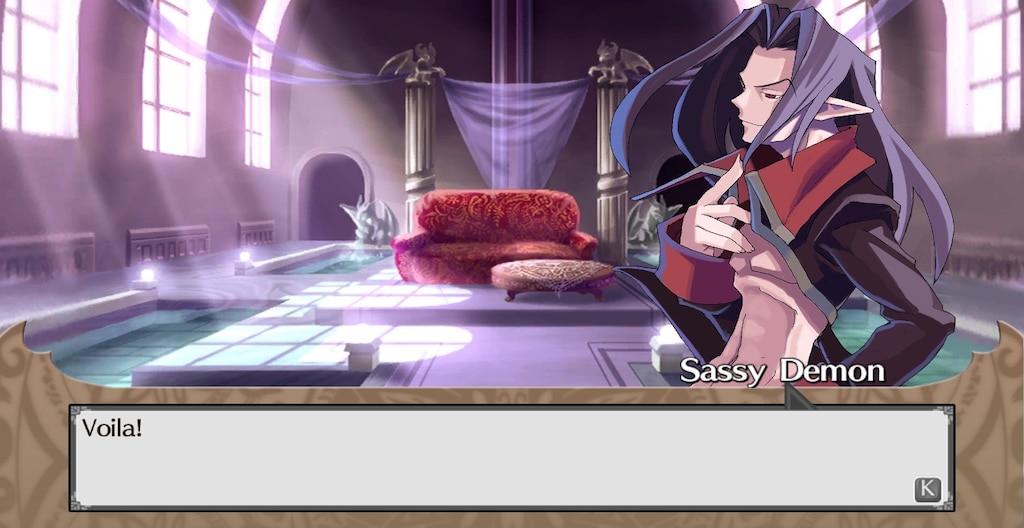 Recommended
507.9 hrs on record
Disgaea PC is basically the definitive version on Disgaea 1. The game is a turn based rpg where you move characters on a map like chess pieces. There are many different ways of playing this game which gives it a lot of replay value. This game has an awesome sense of humour but still can get serious with it's plot. This game is extremely grindy but even if that is not your thing, I would still recommend playing through the main story. The real game begins when you've completed the main story. You'll unlock a whole new story and there are more bonus bosses and characters to unlock. For me one of the most enjoyable part of playing and grinding was managing to make the perfect character stats. 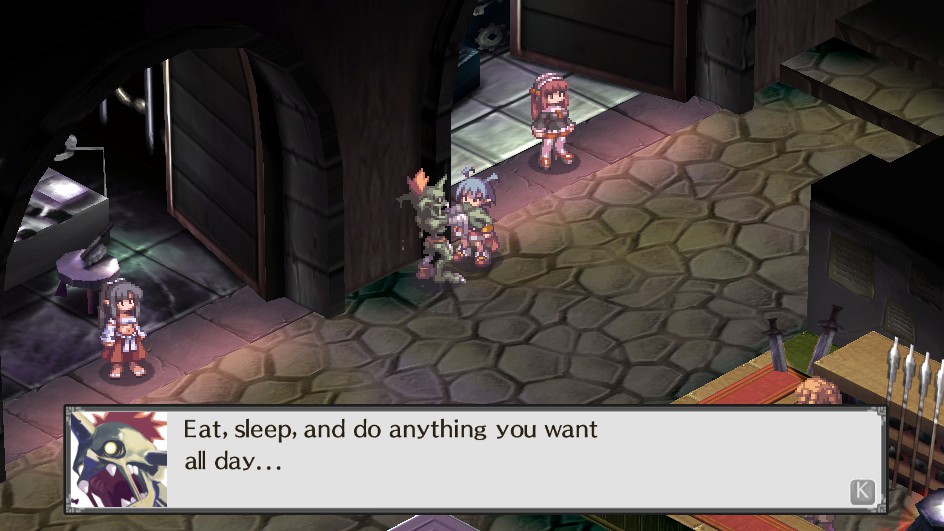 Recommended
12.6 hrs on record
THE GAMES GAMEPLAY IS FUN AND CAN BE CHALLENGING AND THE STORY IS NICE THERE IS SO MUCH TO DO YOU CAN DEMOLISH ENEMYS IN ONE HIT IF YOU DO ENOUGH GRINDING.