Take control of the most technologically advanced army in the Imperium - The Adeptus Mechanicus. Your every decision will weigh heavily on the outcome of the mission, in this turn-based tactical game. Will you be blessed by the Omnissiah?
$29.99
Visit the Store Page
Most popular community and official content for the past week.  (?)
Warhammer 40k: Mechanicus named as one of the top strategy games for 2020.
Feb 3
Rock Paper Shotgun has named Warhammer 40,000: Mechanicus as one of their best strategy games for 2020! 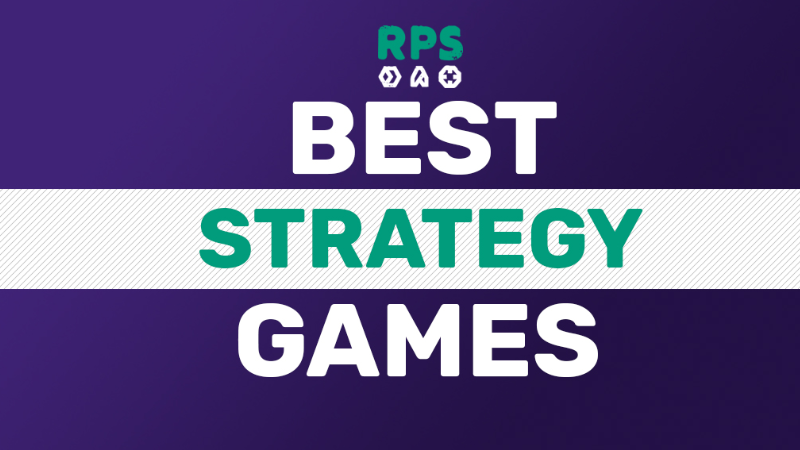 Strategy games have never looked healthier, which is why they compiled this best strategy games list of all time. They say that Warhammer 40,000: Mechanicus is:

"Dripping with atmosphere, with moody battlefields...and a grimy industrial soundtrack that absolutely slaps." 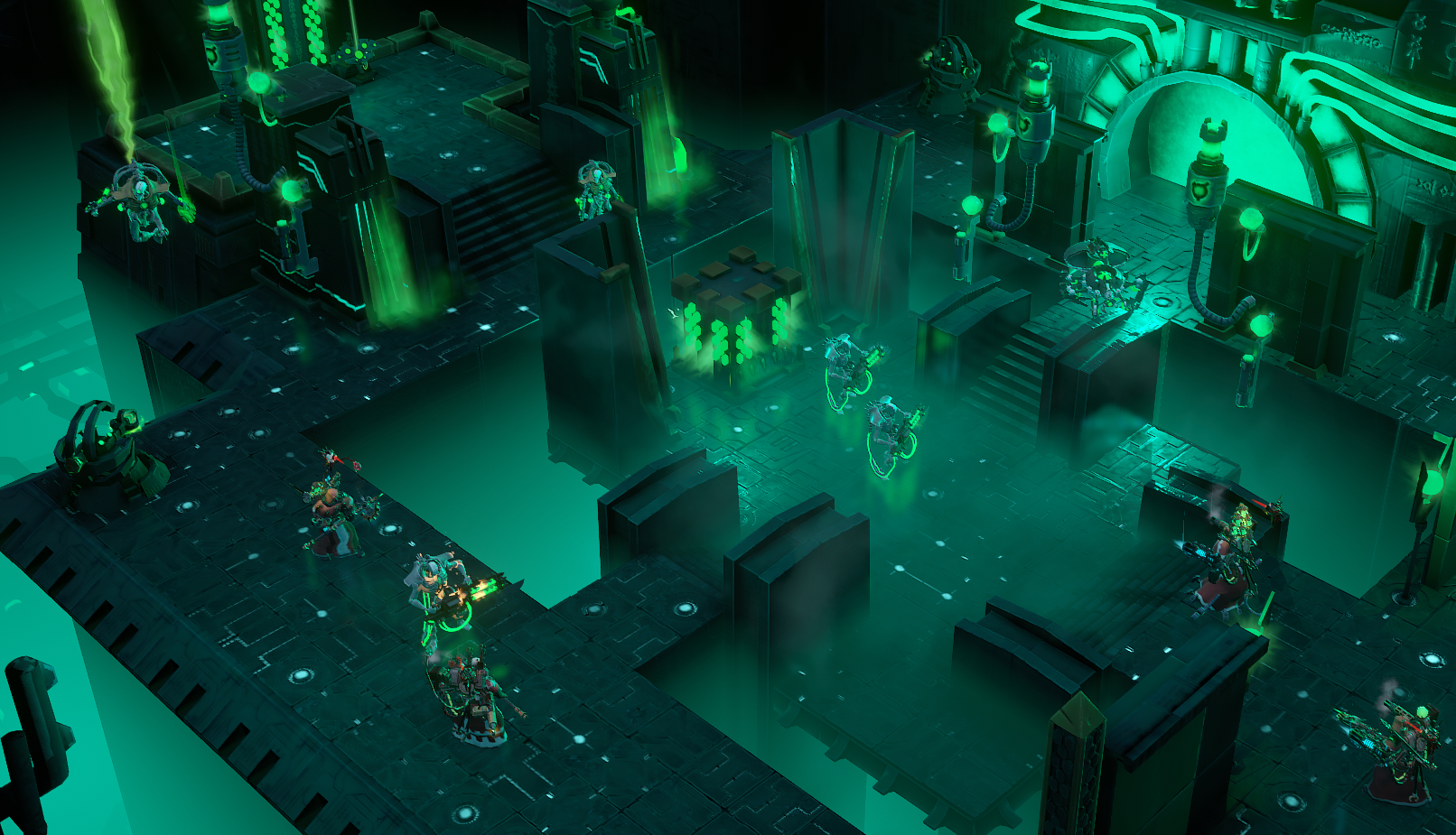 "This is an adventure that captures that “one more mission” addictiveness, and it’s superbly written, too. The various bickering cyber-clerics behind your expedition are genuinely memorable characters, and you find yourself gripped – and occasionally even laughing – as their story unfolds in between missions."

Have you enjoyed the game? Then why not leave a review for us here to help us reach 100% overwhelmingly positive reviews on Steam this February.

Warhammer 40,000: Mechanicus
22
337
Really REALLY want to love this game, but it's crashed 4x in 30min
Any updates at all in the works about UnityPlayer "Read from [memory address] access violations"? I don't know much about programming, but if it's a problem with memory addressing that sounds like kind of a big deal...and if it's with Unity it may not eve...
1

Basic Glyphs Guide
Seeing as not all of us have cogitators built into their heads like the Tech-Priests, I decided to make a small guide to choosing glyphs because I doubt many of us will remember every single one. This guide is still under construction and I have not found ...
18
259 ratings

SwordedGun
View all guides
Are they supposed to be speaking high gothic?
What is that language?
5

Comprehensive Discipline Gear Guide
This guide is aimed at showing you all of the details for the 6 Adeptus Mechanicus disciplines, complete with a visual guide on how the outfits look, the statistics of the outfits, the overall stats of the sets, and an example gear combination.
6
63 ratings

A Basic Guide to Augmentations
A very brief summary of the different augmentations you can unlock by going down the various Disciplines.
5
62 ratings 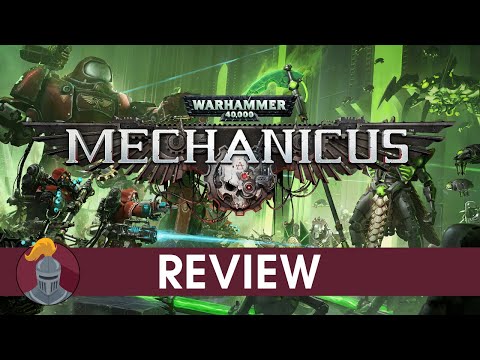 Mandalore
View videos
I love wh40k BUT THIS GAME IS HARD!
Im just starting the campaign and Im getting my ♥♥♥ kicked. the damage and weapon reach of the necrons is just too high. and this energy sistem to use weapons or deploy more servitors isnt helping. am I too reckless? I dont know if Im doing something wro...
13

Recommended
16.4 hrs on record
In the grim dankness of the 41st millenium, there are only vaping toasters versus undead egyptian terminators. Whose side are you on? The vaping toasters, or Adepus Mechanicus as they call it fancily sometimes. Your mission? Beat the terminators(also known as Necrons) and steal all their technology. Most likely so you could most likely cause even bigger mayhem than them.

Mechanicus is a strange little game on the first look. It was made by a really small team, it's a spin on TBS, akin to XCOM, but set in the Warhammer 40.000 universe.

The graphics are not exactly what I'd call good, or even average, and are quite simple actually. But it's not something that actually comes to mind when I consider its presentation. What comes to mind is really great soundtrack, that oozes atmosphere. It's kind of like techno religious choir music with drops on pipe organ. Just amazing. Simplistic graphics aren't out of place, as you are spending time traversing ancient tombs. The tombs are pyramids, if they were made by genocidal race of alien robots, instead of just normal aliens. Essentially, pyramids on stereoids, just like everything in 40k.

And just like everything in 40k, story is the right mix of stupidity, satire and seriousness. You arrive at an, apparently, empty planet, following the tracks of one of of Adeptus Mechanicus' magos. Who is magos you ask? Fk u, google it. Soon you realize the planet is not so empty after all and the events of the game are set into motion. You race against the complete awakening of the Necron world, by deploying to surgically strike at the enemy. Those range from hunting higher-level enemies, looting valuable technology to just literally spreading incense and putting up speakers to play religious chants, as that will most definitely pain enemy dearly. Game is self-aware enough, to play some of those partially as a joke. It's well written and represents the factions and situations in game very well. The stakes are high enough and it's clear your deployments are part of a much larger conflict.

The surgical strikes themselves, take place as part tomb exploring and part combat. The tomb exploring itself consists of picking a path and various encounters. These consist of combat, short text based event, where you can pick several options(like finding a corpse of one of your soldiers and so on) and "glyphs". Glyphs are about picking the right, well, glyph and each glyph can have a different result, either positive or negative.

The combat itself is, as I said, turn-based. You deploy with several Tech Priests and several soldiers for various objectives, whether it's "Kill All Enemies" or "Escape". Game itself has an interesting spin on the formula, by adding "Cognition points"(CP). These are gained by killing enemies, scanning points on the map as well as some special abilities. What do those do? They allow you to deploy soldiers, as Tech Priets are your main toasters, soldiers are disponsable, weaker and can't be customized. So what's the point of soldiers you might ask? That brings me to the second thing CP are used for, and that is weapons. You can shoot basic weapons like some simple pistols just fine. But if you want want to shoot mini black holes, you gotta use CP. But the thing is, soldiers can have some pretty strong weapons, but those don't cost CP to fire, so it's a trade-off.

The tech priests are upgradeable after missions, using resources and weaponry/items you have unlocked. You can invst your resources into several different Disciplines, each giving you different benefits and armor pieces. While they start out rather weak, by the end of the game they start turning into demigod killing machines.

And that leads me to one of the problems of Mechanicus and that is difficulty. Even after being apparently fixed, towards the end of the game, you will just steamroll almost everything thrown at you. If you enjoy beating children in wheelchair, that might be for you, but I assume you aren't playing games like this for that. Another one is that some maps get reused and can't help feeling rather samey, even if the enemy placements themselves are different.

Overall, I was really surprised by how good this game was, especially considering how tight on budget it must have been. If you like 40k or TBS, it's definitely a good pick. If you like both, it's a must have. 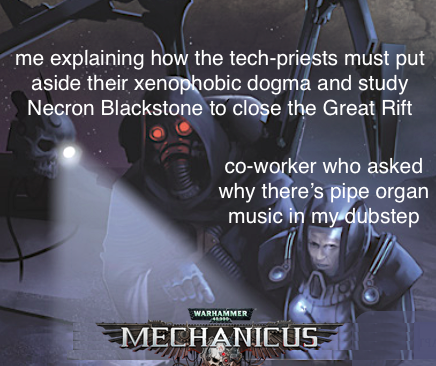 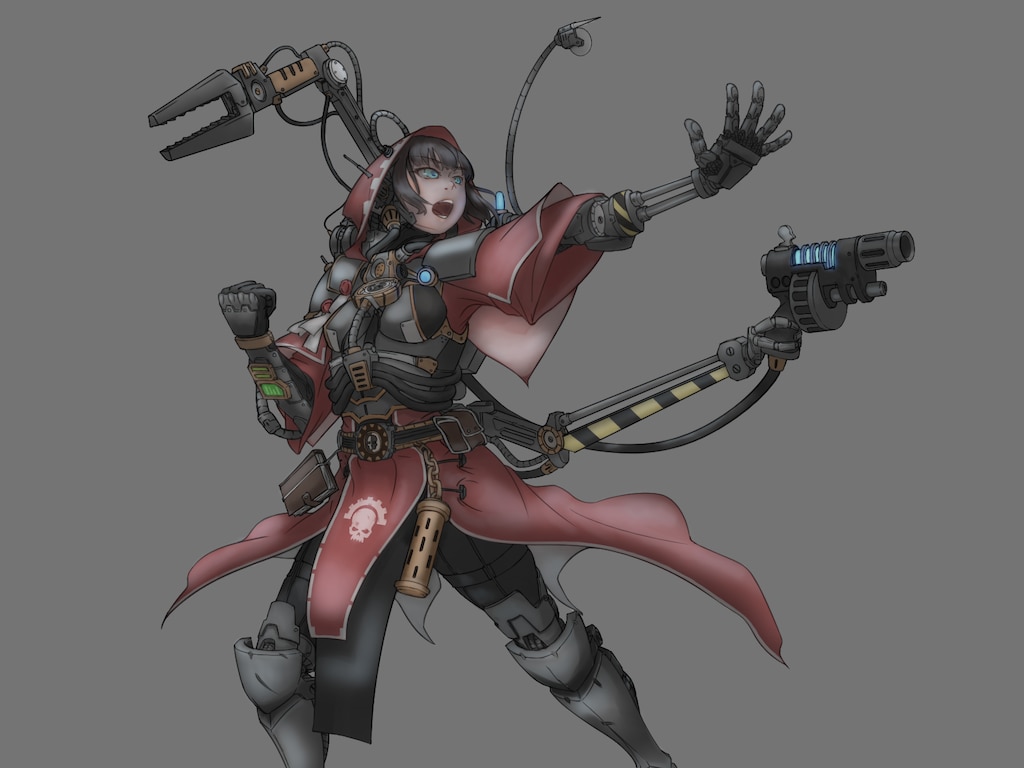 FOR THE EMPEROR !!!
View artwork
Guide 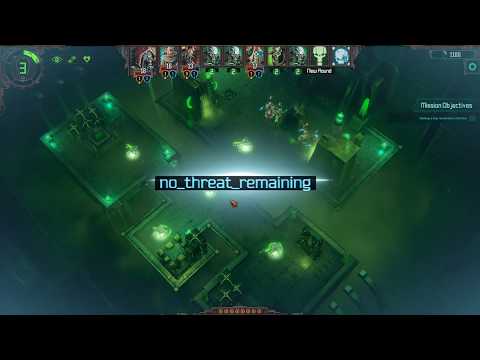 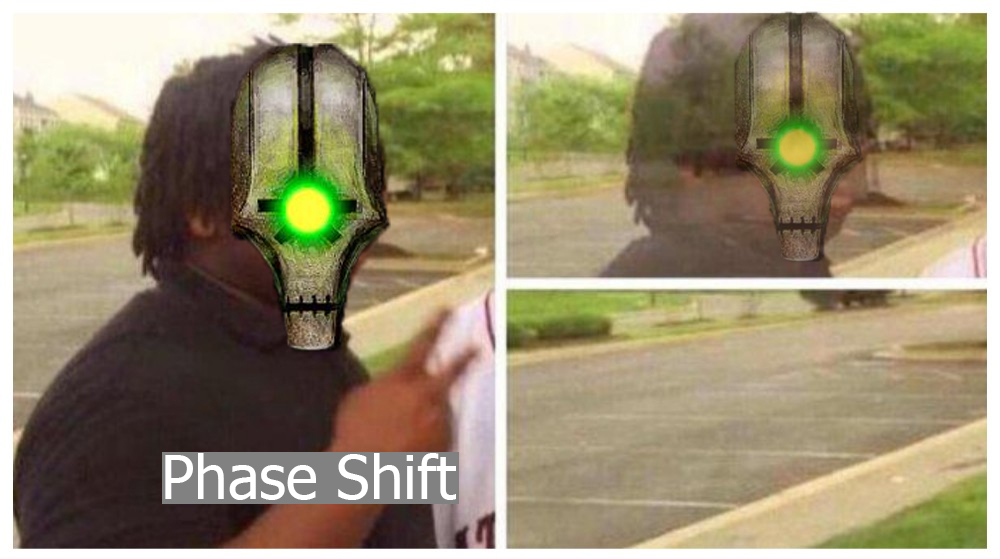 Recommended
25.6 hrs on record
The only bad thing in Mechanicus is the bug where you can't rotate your techpriesets in the chorot menu, but it's a amazing game with some of the best ost I've every heard. 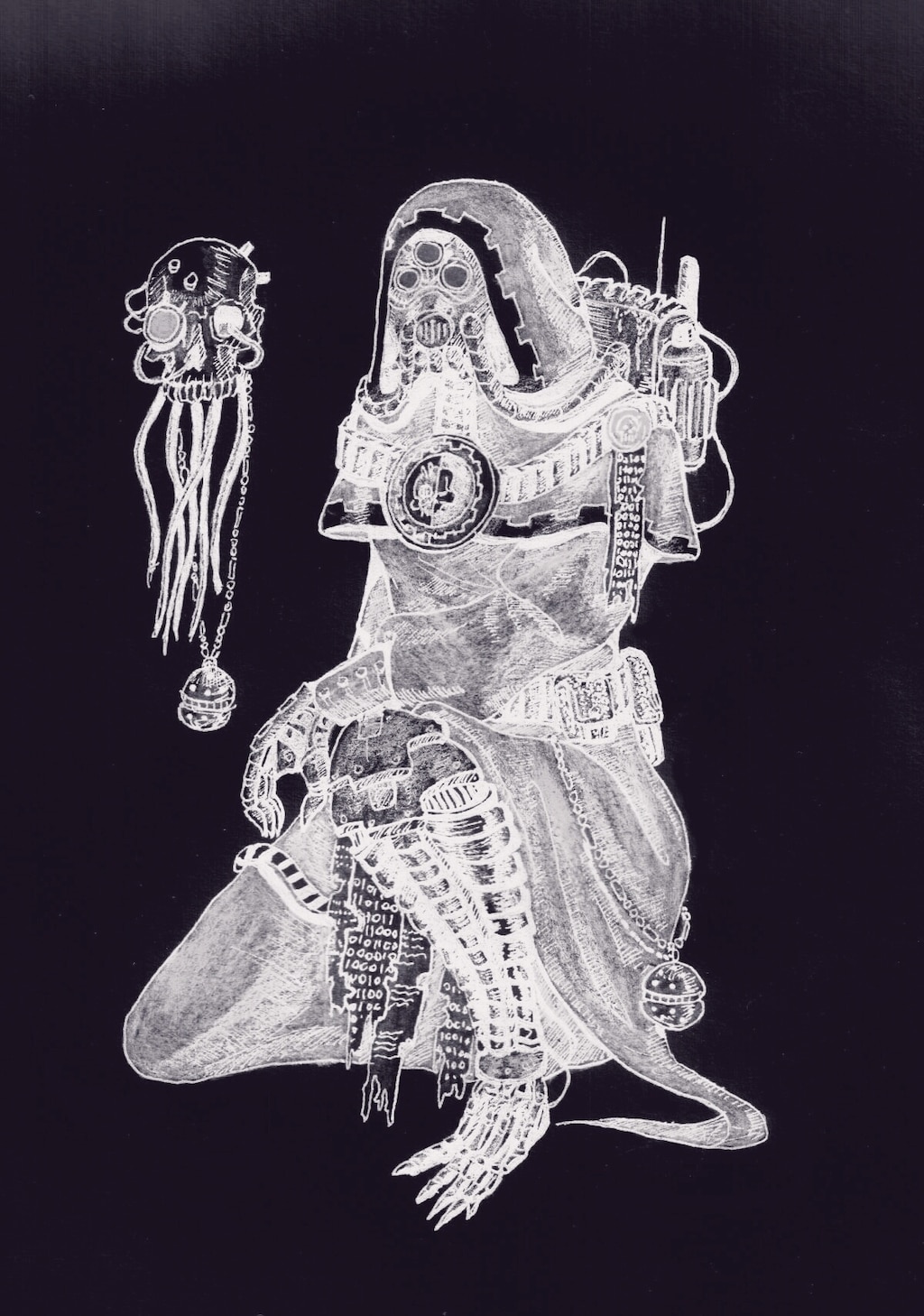 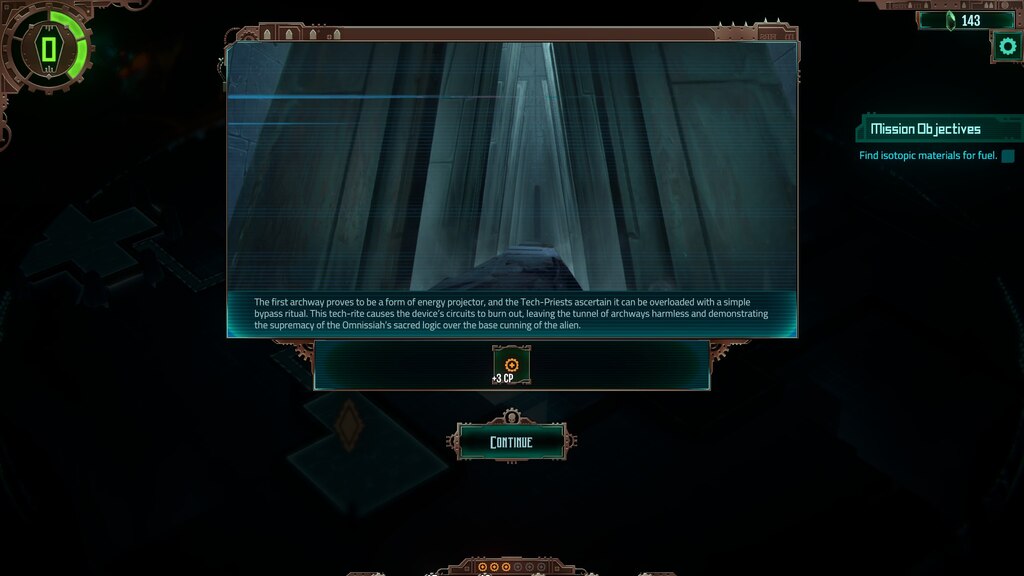 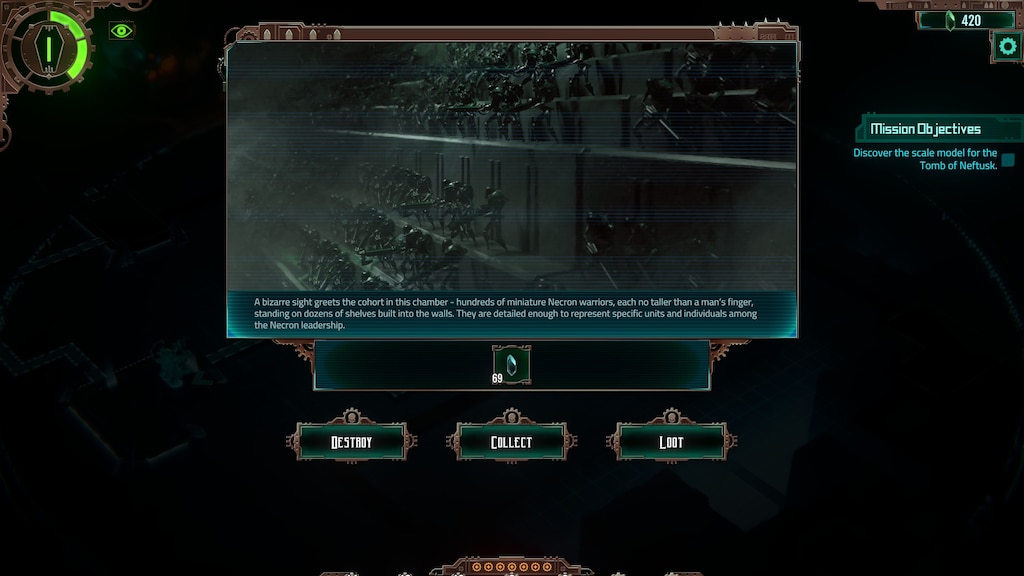 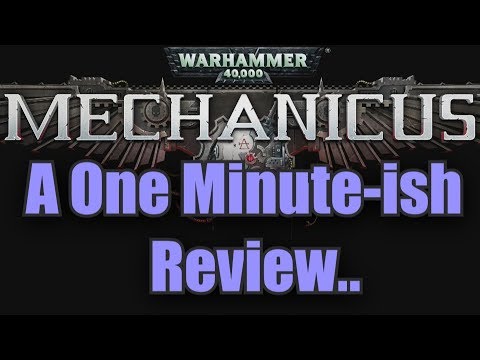 1
2
My favorite kind of humiliation 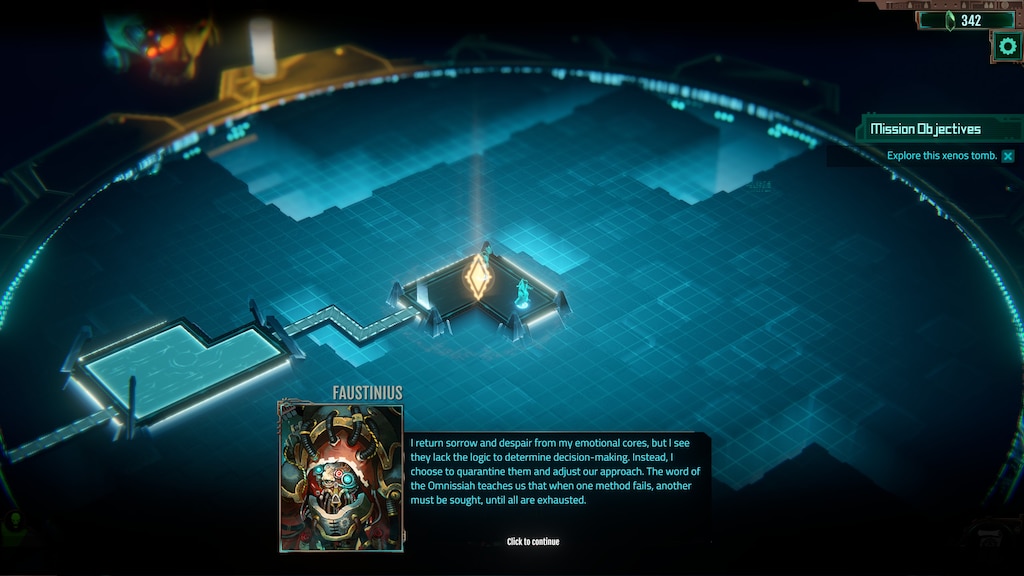 0
Ban
2
Killing Agrolekh in the tutorial is so satisfying 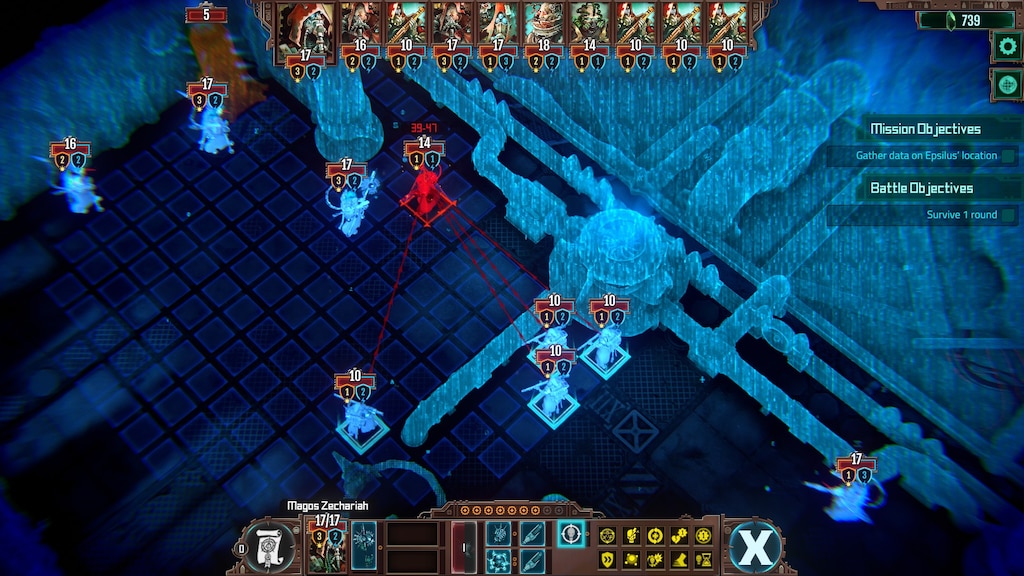 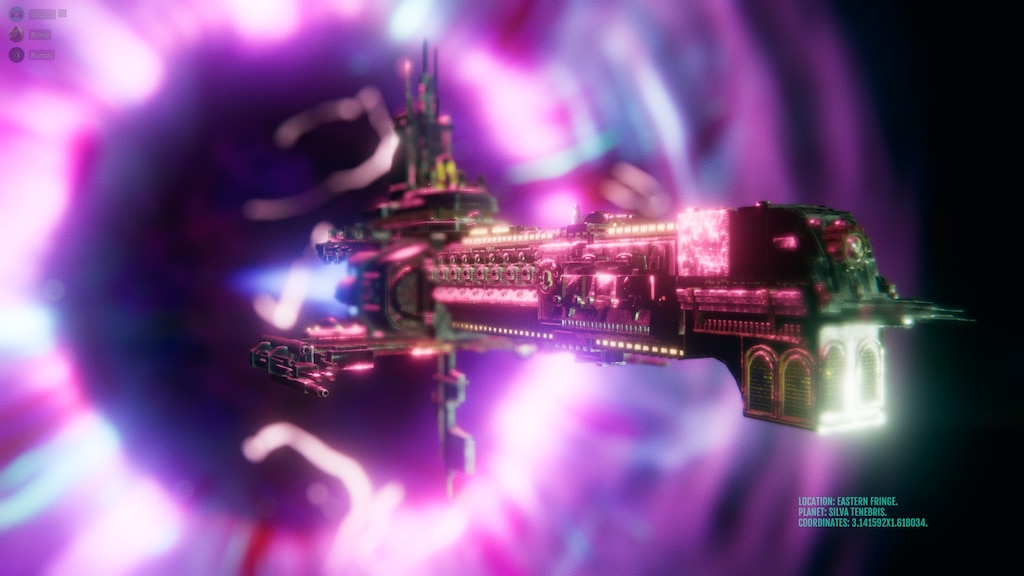 Prime
View screenshots
what troops are good to use?
im new to the game but so far im finding the ranger alphas kinda suck. what are some good troops i should try and get
1

Androgos
2 hours ago
General Discussions
Why can't my Servitor extract all Cog points anymore?
Title. My priest used to be able to extract everything but not anymore. https://steamcommunity.com/sharedfiles/filedetails/?id=2040722541
2