Defend the last bastion of humanity with your squad of heroes! Exterminate fiendish monsters with magic and brute force by night and re-build your battered city defenses by day in this tactical RPG with rogue-lite mechanics.
$19.99
Visit the Store Page
Early Access Game
Get instant access and start playing; get involved with this game as it develops. Learn more.
Most popular community and official content for the past week.  (?)
Reddit AMA with our Game Designers on July 27th at 4PM UTC+2
Jul 26
Hello warriors!

Summer is here! (Not so much here, it's always raining) We're working hard on the next big update planned for the end of summer!

As you all wait for this update, we've decided to host an AMA session on Reddit, which will happen... TOMORROW!

Chloé and Thomas, game designers on The Last Spell, will answer all your questions about the game tomorrow (July 27th) on Reddit at 4PM UTC+2! 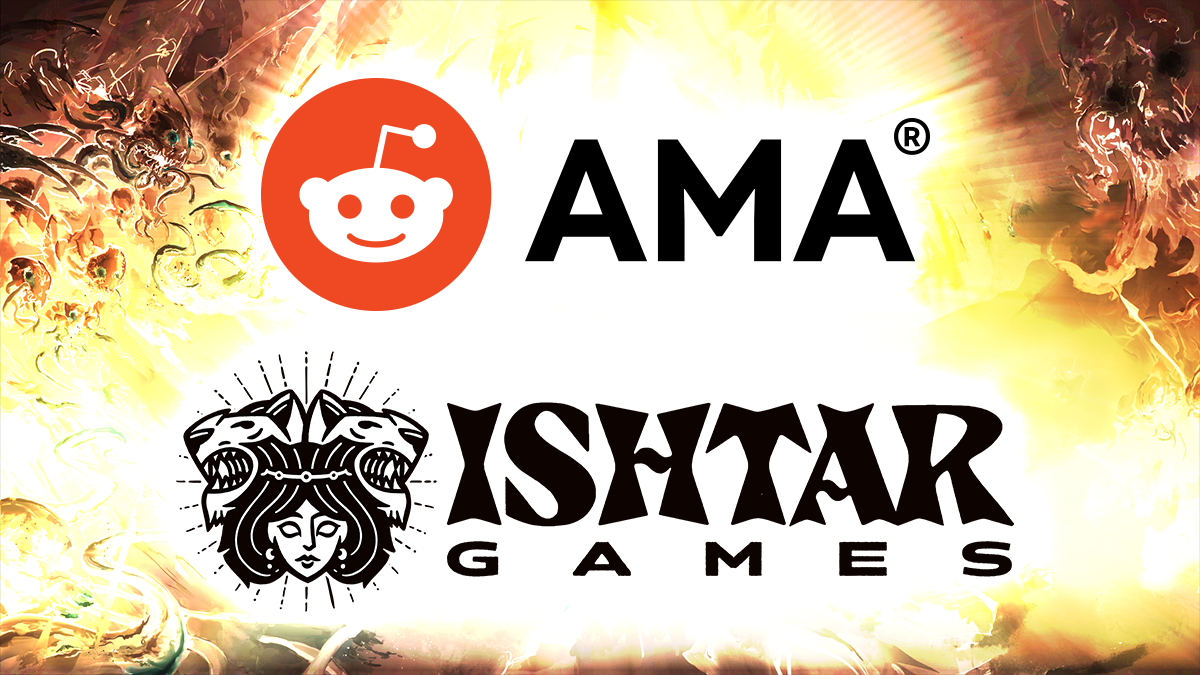 Don't forget to join us!

The Last Spell
91
4
Melee seriously needs a rework.
The game is essentially a DPS race since you are dealing with waves after waves of enemies. The quicker you can put them down the better. So your best bet would be investing heavily into damage and never let enemies close. Hence the Range and Magic meta at the moment. Melee CAN dish out damage (although not as efficiently since positioning and movement) but they also need other stats such as movement speed and either dodge or block. Now here's the problem. If you go block, the bulkie will stun you and yo...
18

In-Depth Build and Weapon Guide
The Last Spell is a game that has 20 weapons and their efficient usage can be stressful to new players, especially when a dead guy is trying to eat you. This guide is meant to alleviate the pressure you feel by providing you with resources to select the be...
136 ratings

Tertulian
View all guides
A good Game But!
Great game. I was enjoying playing the game until I started to become annoyed by the constant 'Dodging" of the zombie's when shooting at them. To me this made no sense. Zombies are by their nature animated dead with no thought processes and no sense of awareness beyond their instinct to feed on the living. This is how they have been portrayed in many films and TV series such as the Walking Dead. By all means have our archers miss their shots due to low ability or lack of skill, but not by the Zombies dodg...
15

moosc
Jul 29 @ 11:09am
General Discussions
[newbie questions] heroes questions, building structures
I refunded a different game and the amount was exactly the same as The Last Spell's price, so it seemed like kismet to use my Steam Wallet refund money on this. :) I love TLS so far. I had a hard time in the festival demo I tried of this some months ago, but I've enjoyed and gotten the hang of the full game better. I haven't gotten past defending a 3rd night yet. Some dumb newbie questions I couldn't readily find on searches here at forums: -Do we ever control more than 3 hero characters? (i've resisted u...
13 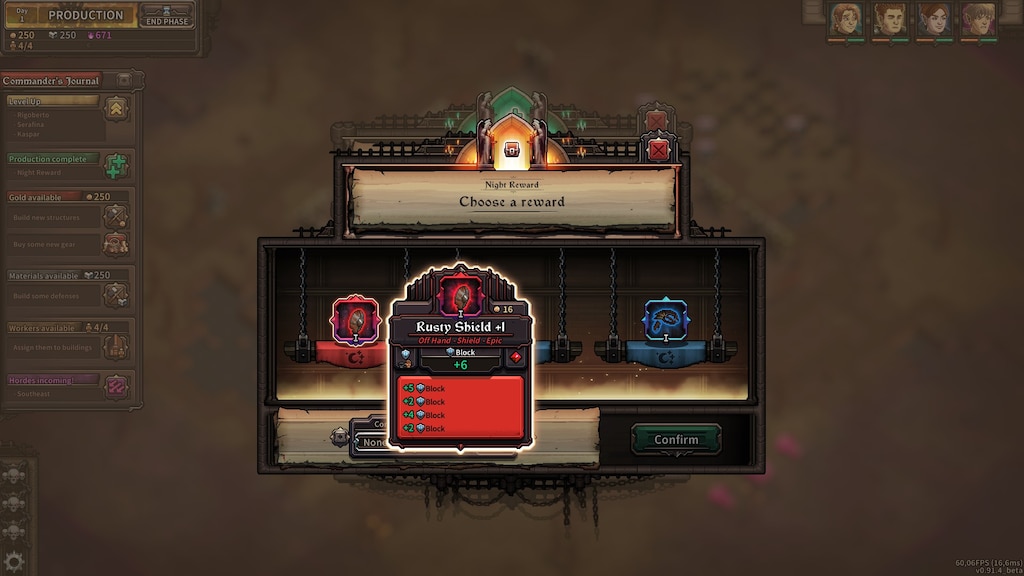 0
3
I heard you like Block, so I put Block in your Block 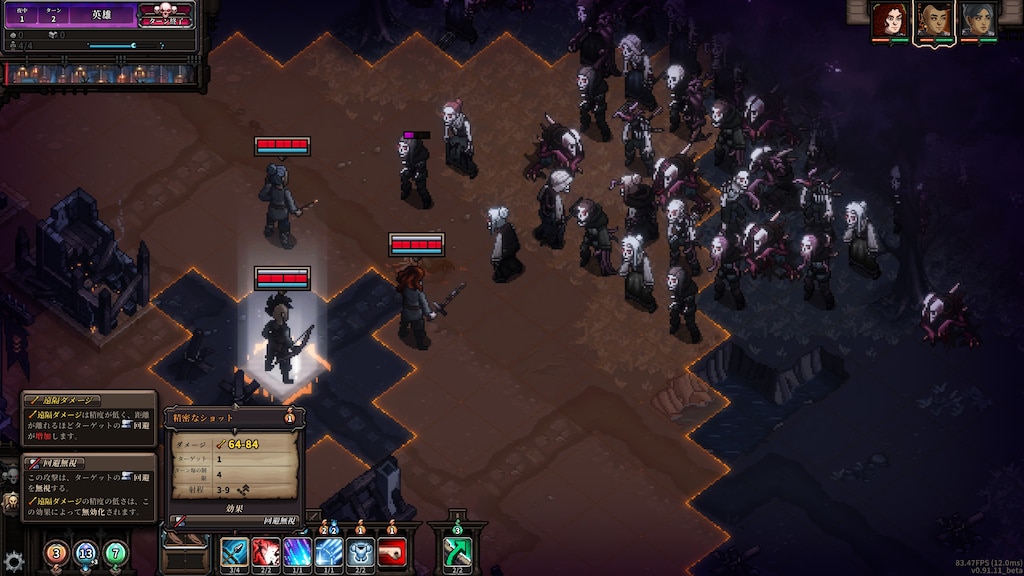 Guide/Tips and Thoughts on the game
First thing first, I never made guide before so I am not sure how well will this go, but I wanted to share some of the things I learned while playing the game, at time of making this guide I have around 40 hours of gameplay under my wing, finishing the gam...
37 ratings

Recommended
27.1 hrs on record
Early Access Review
Do I recommend the last spell? Yes absolutely, I do not however do it without qualifiers.

I'll discuss some specific gripes I have at the end of the review. But for the interested buyer, this is a rogue lite tactical turn based strategy game. You will never be able to beat the game on your first run and you use the currency you accrue to permanently enhance your power for future runs. It's very satisfying to continue to gain that power and watch as the early rounds become a joke and turn into higher and higher "nights survived"

Unfortunately two things start to happen around the 15 hour mark.

A) You start to realize that it absolutely front loads the unlockables. Compared to hades, which won't even mention half of the content till you're on your 10th run. Weapons and powerful upgrades are displayed very quickly, and overall, very easy to achieve. I only have 4 undiscovered achievements left and while there is quite a few "currency buys" that are unknown. They rarely unlock anything new, just upgrades for what you already have.

B) You are going to have to seriously grind that dust to continue to increase power to the point you can win. Long after the novelty has worn off.

But all of them range from middling to shallow and when you start to realize how unbalanced some of -specifically- the weapons are, it starts to crumble. Not accounting for personal preference, each run kind of bleeds into the next in a very samey attempt each time.

Example, in my opinion, the shortbow is the best ranged weapon in the game, bar none. It needs very little stat support or positioning to consistently kill 8-15 enemies every turn, and you don't need to unlock it, you start with it. So every run, if my person starts with anything other then it, then I'm going to try and work my way to it.

At night 5 my person is roughly going to be in the same place with the same weapon.

It's really addicting while you play it, but only if you kind of weirdly, like to "zone out" during strategy games. This is a pretty good game to get.


As for my specific gripes?

-When a developer claims to make a REALLY hard game, so much so that it'll be the first thing you see every time you open the thing. That always sounds to me like they don't really have an interest in balancing it. I know they have balancing on the roadmap, but that really should be an ongoing process regardless. This idea where its impossible to win until you've died x amount of times to succeed stinks of that.

-The purple fog getting close is fine, i understand you can invest a huge amount of resources that so far i've found very difficult to spare to push it back temporarily. But the enemies being able to attack or worst STUN ME! before having any possible opportunity to respond to them is a horrible idea. I just main menu back to the day and reposition because that's some honkin ♥♥♥♥♥♥♥♥♥.

-The enemy variety is very bland. Having more complex enemies would ruin the laid back vibe of the game. But the only difference I've really seen in terms of threat, are enemies who affect your AP. Either by stunning or cursing them. Past that it's just;
-zombie and it's flavor packs
-fast weak
-big with wide attack
-long range
-high defences

The closest to novel is the flying zombie and it's pretty irelevant once they get past the water at the edge of the map.

All in all, I really do like this game. But it's a bit amateur in a couple of areas. I feel some understanding of what's difficult and what's obnoxious would make this shine.

As you know, this Monday July 5th, we will release the next patch of "The Last Spell" called "We can be heroes!".

To celebrate, we're going to host a livestream with two members of the team: Bruno (Community Manager) and Matthieu (Developer). During the stream, they will showcase the new content, including the much-anticipated "Character Customization" feature!

And to spice things up, they will create characters that YOU will choose!

Tomorrow, on Discord and Twitter, we will tell you more about it, so don't forget to follow us! 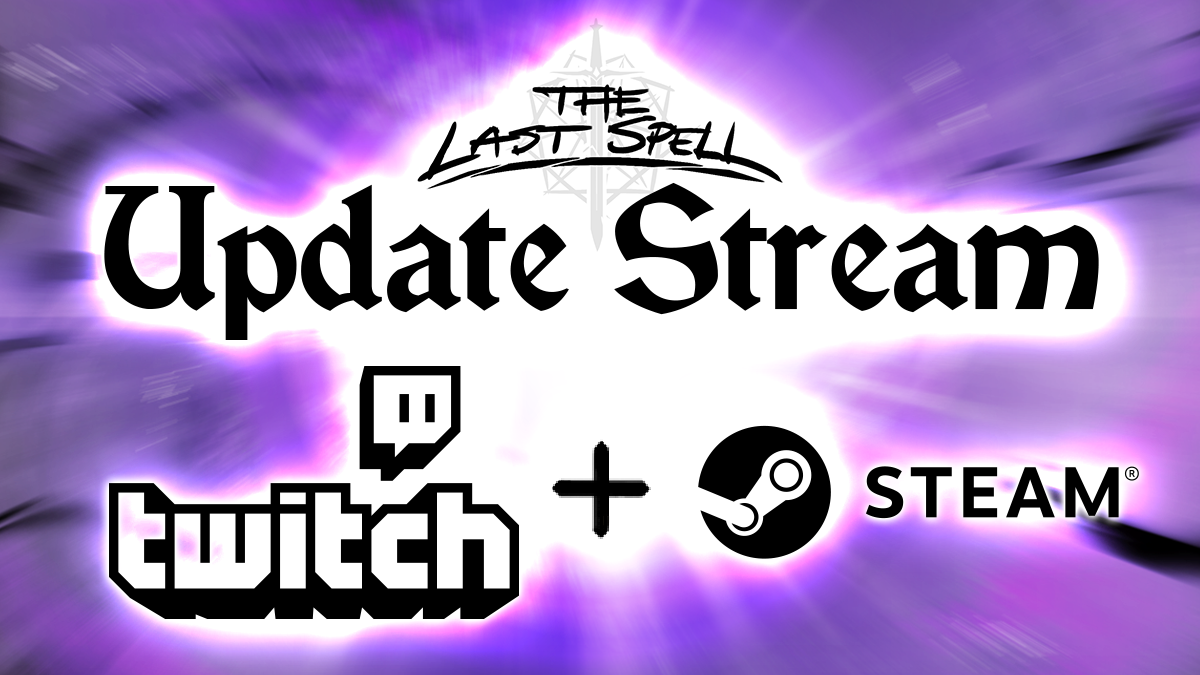 So, join us on Monday 5th at 4PM UTC+2 for this very special livestream! Bruno and Chloé will also happily answer your questions!

The stream will take place:

See you then!
The Last Team

Recommended
45.7 hrs on record
Early Access Review
This game is awesome. It took me 45 hours to beat it just once and I have no regrets - it has a really satisfying game loop, gorgeous art and music.

I'll try and put it down now so that I still want to play it when it comes out of Early Access...if I can 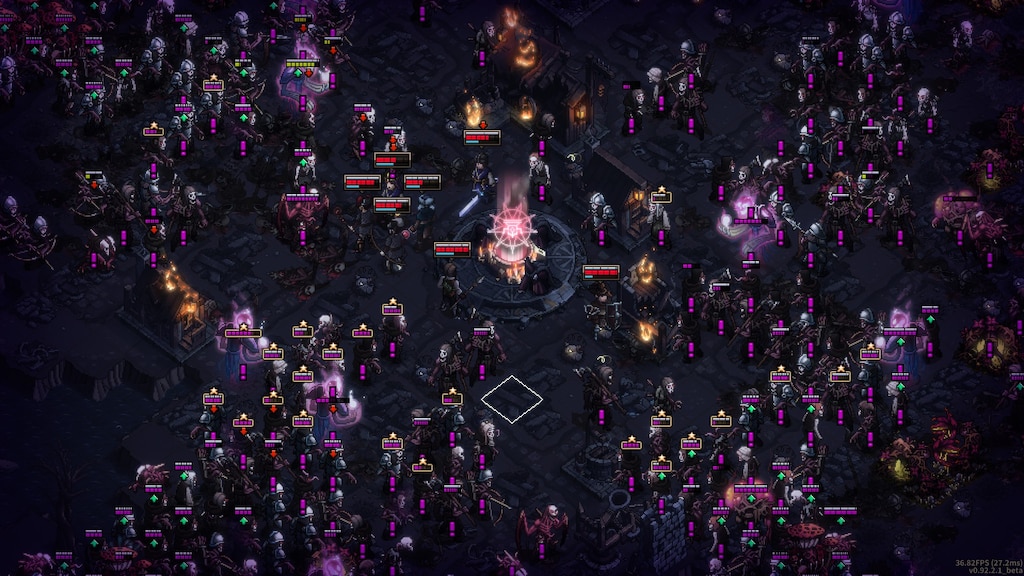 The art is beautiful
The music is sooooooo good
The game play is addictive
Every single attack is uniquely animated
The progression system is unbelieviably rewarding
The difficulty is suuuuper hard, but super welcoming with options to make it easier
And MOST of all, the developers are incredibly responsive and active. I normally don't go in the discord for games, but "The Last Spell" dev team has made helping out very worth while 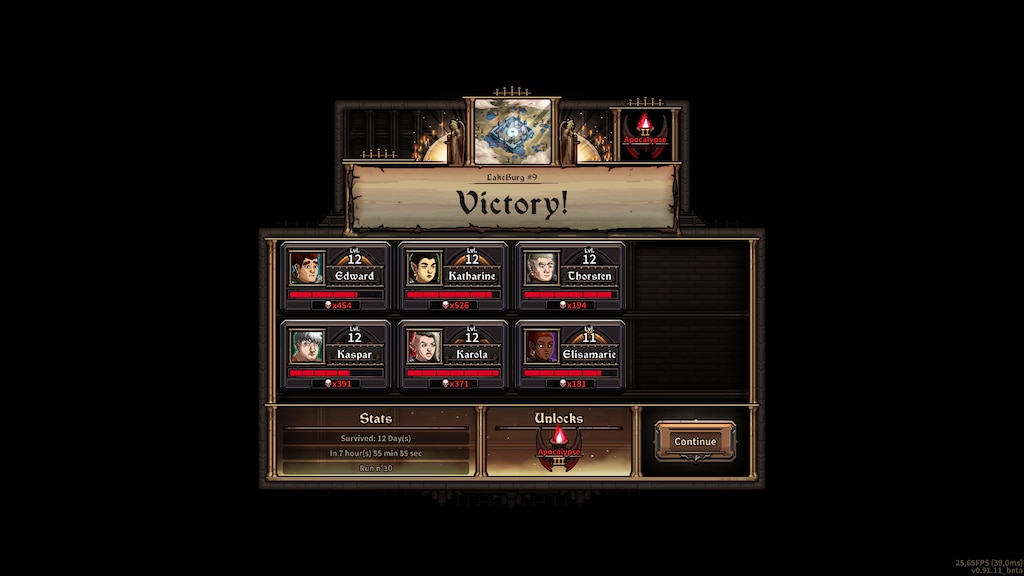 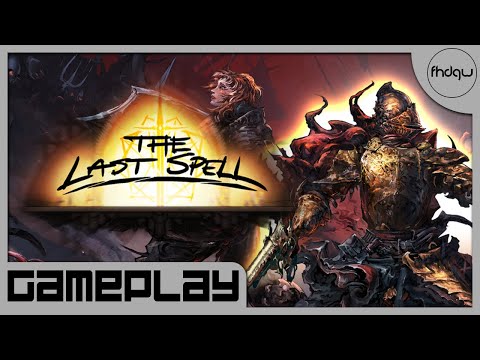 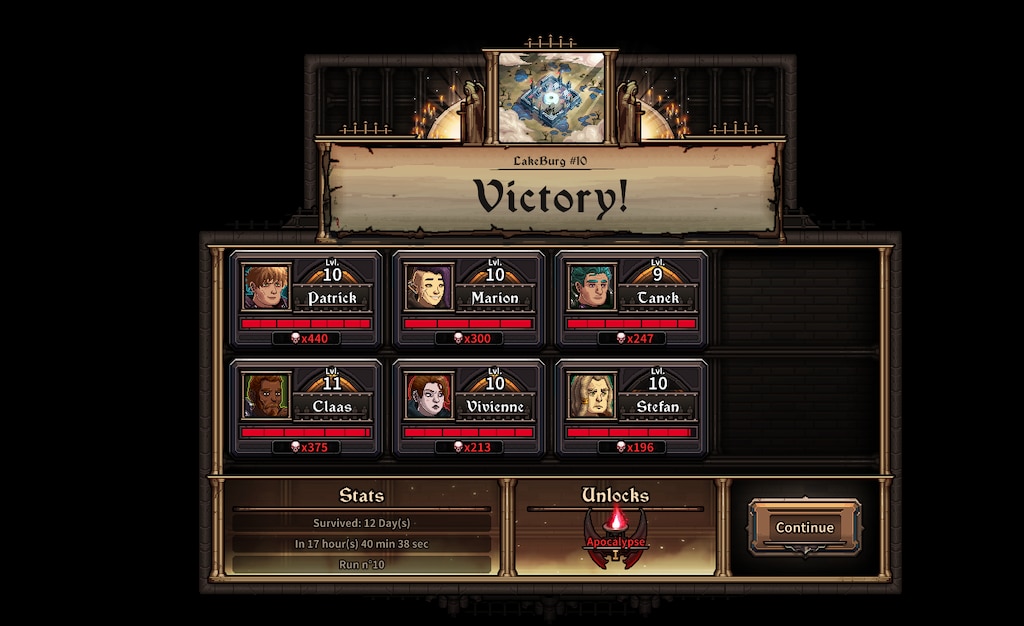 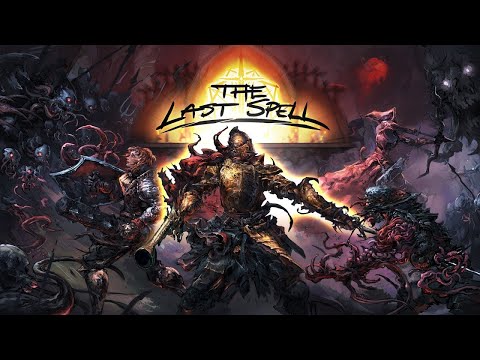 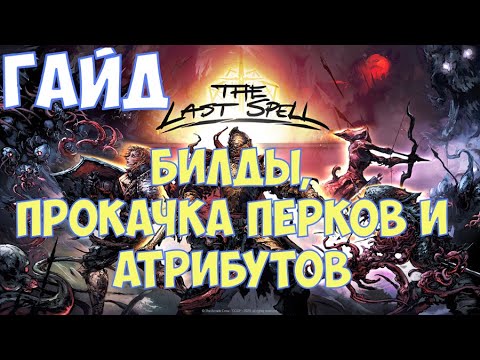 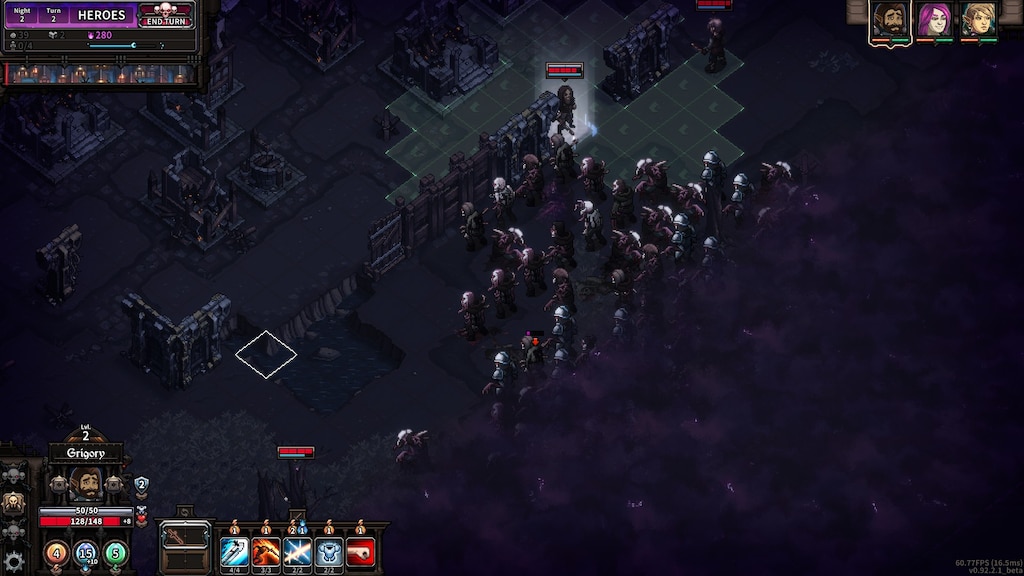 0
0
Archer has them flanked. But that's a LOT of flanked zombie. :)

Leveling up Guide for Last Spell
Level up Guide for game version 0.92.2.1 beta. Leveling up process can be confusing for new players. Perks can be planned to an extent BUT some powerful ones are SITUATIONAL and depend on rare RNG attributes and RNG gear from the production buildin... 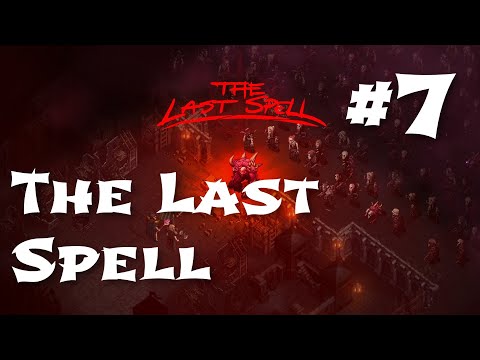 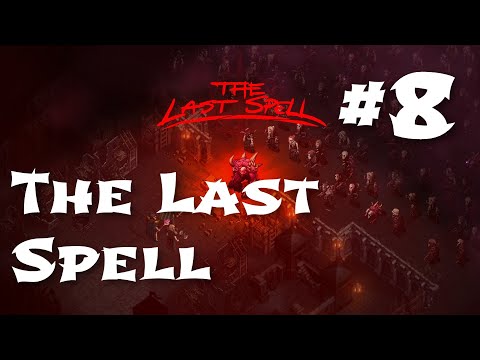 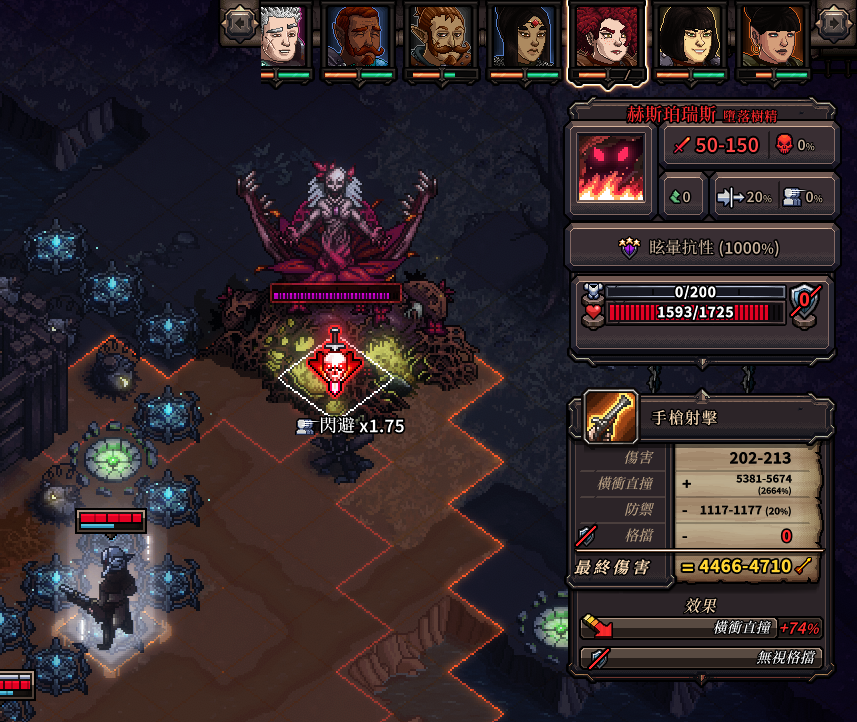 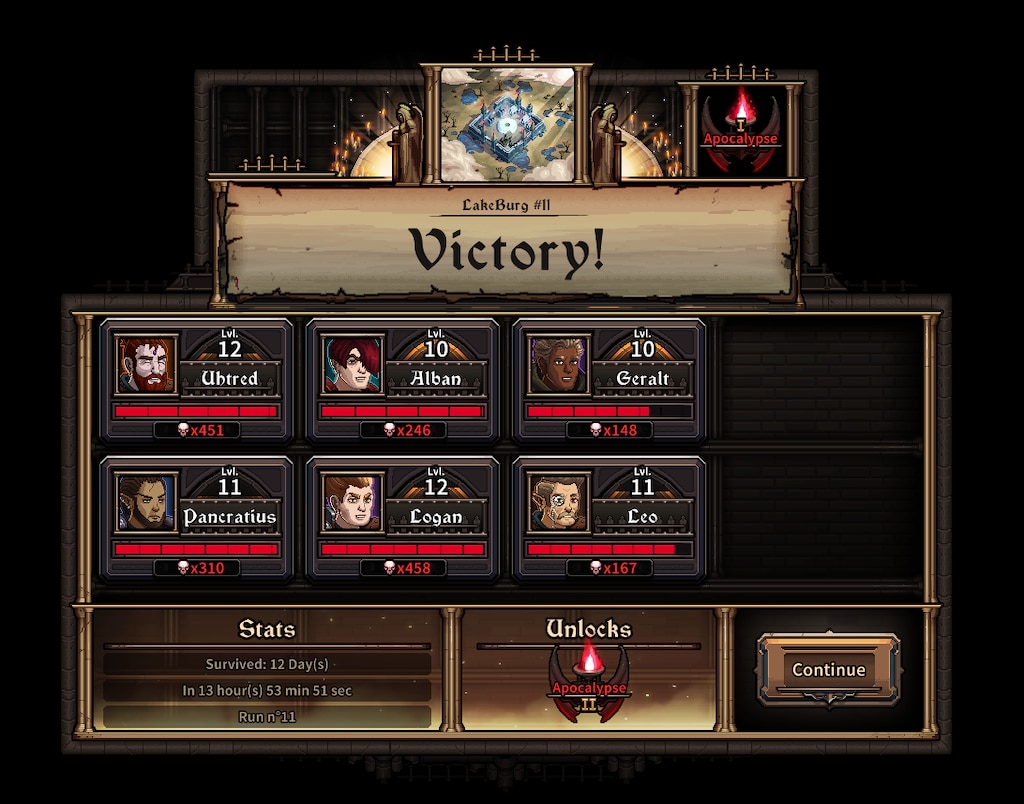 MaudDib
View artwork
the beginning is tedious
I hope developers will do something about the start of the game. It's literally just clicking what you have. no real tactic. It just feels like a massive time sink with no purpose. You unlock things so you can do things. there needs to be a little bit more in the beginning to do/ choose from. You immediatly get tossed into just grinding monsters for souls. Also it is kind of unclear what you actually unlock - like the armor sets - do you unlock the chance for them to drop or what is the deal here?...
15

Sekzon
Jul 26 @ 12:40pm
General Discussions
Stats, perks, weapons : There's too much clutter in the game.
Tl;dr : Too much useless stats/perks/weapons that highlight the flaws of the game rather than offer more variety. Maybe it's linked to the issues with the meta progression ? Also, RNG that creates tedium rather than difficulty is bad. --- Hello, First of all : the game is good. It is interesting, it really encourages the player to move forward and try to reach the end (except for that first run, capped for no real reason, but I think this has been sufficiently pointed out), and the game mechanics are pr...
35