Pathfinder: Kingmaker - Enhanced Plus Edition is the first isometric party-based computer RPG set in the Pathfinder fantasy universe. Enjoy a classic RPG experience inspired by games like Baldur's Gate, Fallout 1 and 2 and Arcanum. Explore and conquer the Stolen Lands and make them your kingdom!
-55%
$19.99
$8.99
Visit the Store Page
Most popular community and official content for the past week.  (?)
Grab up to 63% off Pathfinder: Kingmaker and all DLC in the Steam Summer Sale!
Jun 23
Greetings adventurers!

The Steam Summer Sale is now upon us, and with it comes the perfect opportunity to pick up Pathfinder: Kingmaker and all its DLCs for up to 63% off! 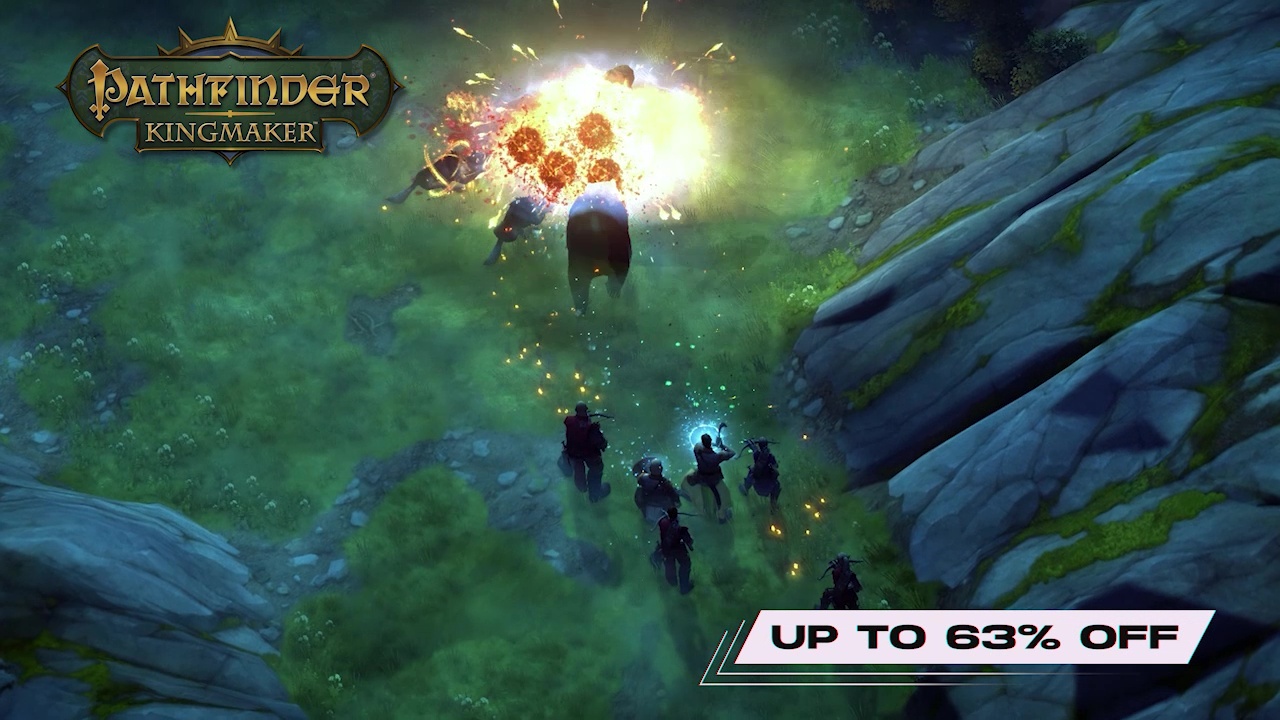 Take your first steps into the Stolen Lands in the base game, then take your journey further with 3 content-packed DLCs. Experience another hero's battle to victory in Varnhold's Lot, discover the story of a new race in The Wildcards, then explore a sprawling dungeon in the endless rogue-like Beneath The Stolen Lands. 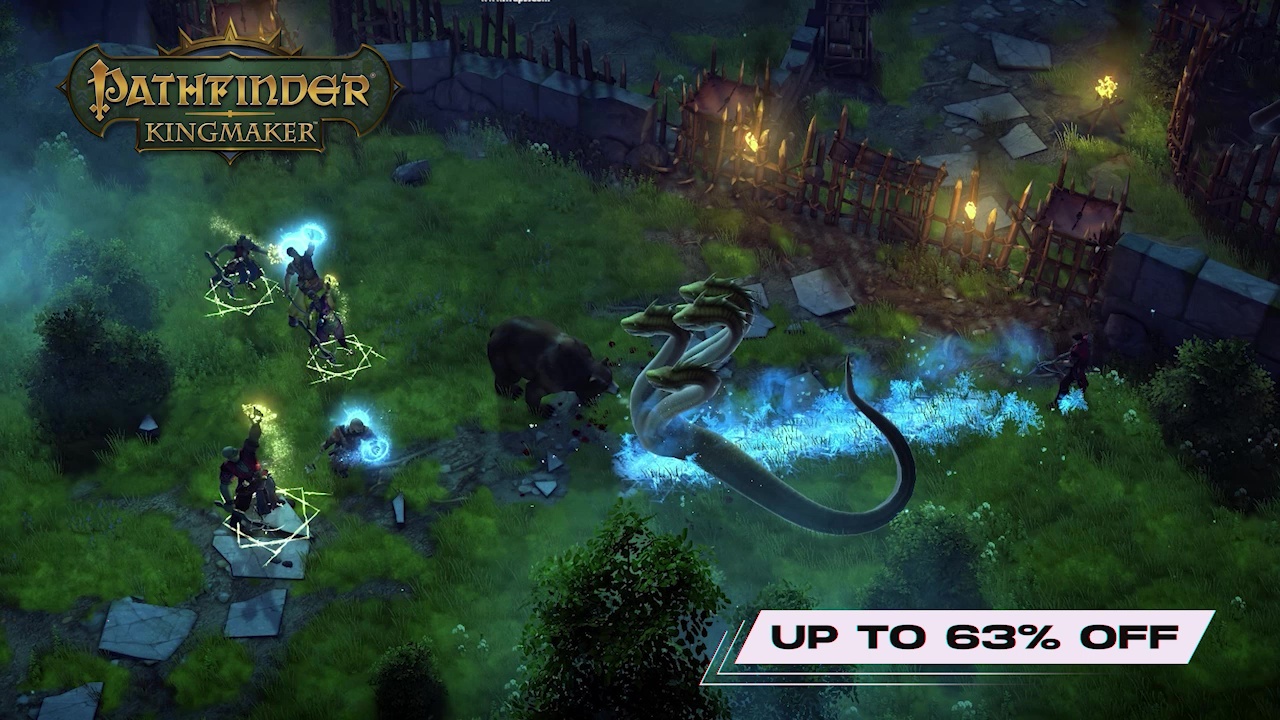 You can also grab the Royal Ascension pack, which includes the soundtrack, digital artbook, two in-game portraits, board game module, hi-res map, and a red panda.


Where will your adventure take you? The Summer Sale ends July 7, so act now to find out!

Check out the rest of our publisher's catalogue on the Prime Matter sale page.

Pathfinder: Kingmaker
84
0
The start feels.... wrong
The beginning kind of reminds me of Might and Magic 7, where the contest was held to see who would win the title for that land between the elves and undead. So i can get behind it. But im already torn right out of my immersion mere minutes into the game. with a bard that sounds like a teen girl, and my character, an inquisitor, obnoxiously being referred to as "a hero". maybe im wrong to try and play these RPGs with a character specifically in mind, but the situation, the way people are talking, doesnt f...
16 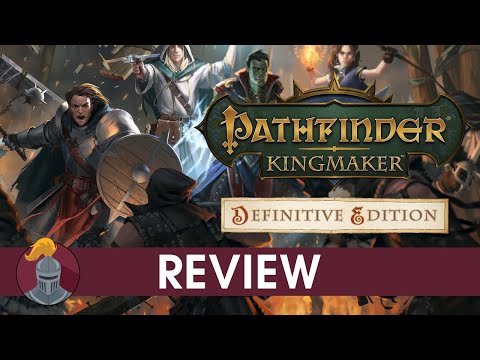 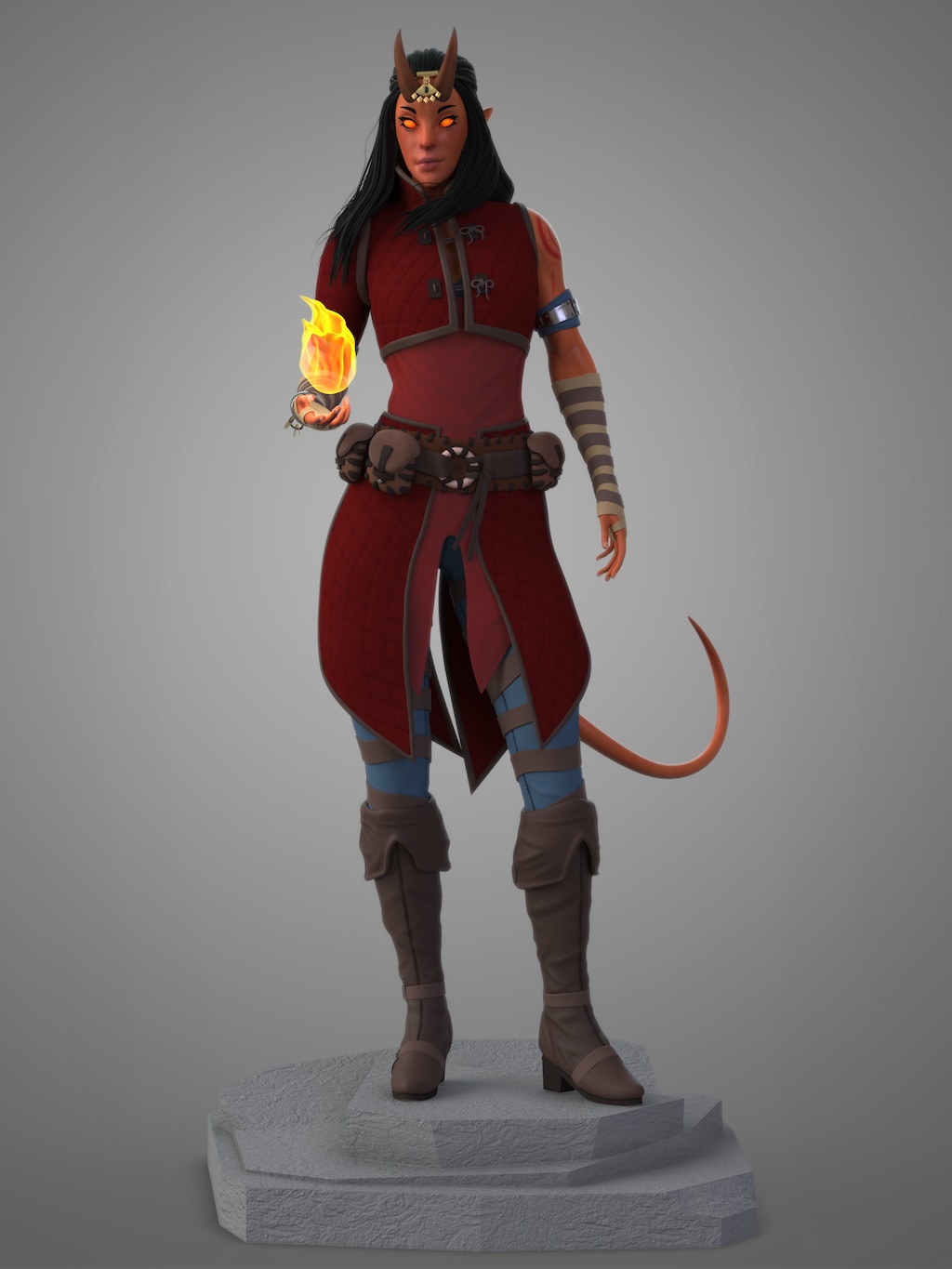 Not Recommended
20.9 hrs on record
[NON SPOILER] This game is horrendous. You have to basically lobotomize your enemies with the built-in difficulty setting JUST to play the game. Once you get out of the tutorial castle, you are thrown into the world where you fight off a couple of bandits. No biggie, simple enough. Then you get your first fetch quest to begin leveling your party. You must find a plant to give to an alchemist who needs it for a potion. A simple quest that you can find in any RPG ever created. Well here's the issue: the cave where said flower is from is FILLED with creatures that vastly outlevel your party. The plant you need to harvest requires you to make a TWENTY 1d20 ROLL! If it doesn't? You take 1d8 damage. After this ♥♥♥♥♥♥♥♥ you also get introduced to the worlds worst enemy archetype: the swarm. The swarm does not need to roll for an attack. They get to move freely and if they move through your team, it's guaranteed damage.

The worst part? They also grant diseased debuffs which can hinder your party from acting for a turn. No actually the worster (if thats a word) part is that they CANNOT be attacked with normal means. You need to use splash damage or fire. The problem with that is that it COMPLETELY weakens your ability to fight these already vastly stronger than you, overleveled creatures. If you have no AoE abilities or characters on your team (I was the only one as a sorcerer with acid splash) you just don't get to hit them. Like I said, you can use a torch but even then the rolls you need to make are insanely high and you will spend a good 10 turns to get them at minimum 50% HP.

This game is a testament to how NOT to design your RPG's early game. I get that it should be difficult as a low level party, but this game quite literally rips you to shreds early. I used the above example to just show you how bad it is. This is supposed to be a FETCH quest and you can easily have to reload several times for it. If that's a glimpse into how bad the game is going to be going forward, then I want no part in it. I would love to experience this game as a fan of the Baldur's Gate games, Dragon Age: Origins and D:OS2, but its just too much of a headache, even when you know how the games mechanics work.

P.S.: the cherry on top of the ♥♥♥♥ cake is that once you get to the kingdom mode (the namesake of the game, which you can't even get to without suffering through extremely hard basic quests) you can LOSE the game if you mess up even the slightest in an irrelevant kingdom management simulator. This is a full loss btw. There is no returning to the save or trying again if you messed up something very early into your save. This game is just very poorly balanced and I think I will give the sequel a try. But for now this game itself is shelved until I come up with what to do with it. 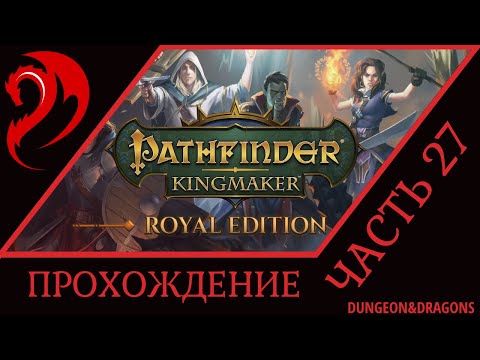 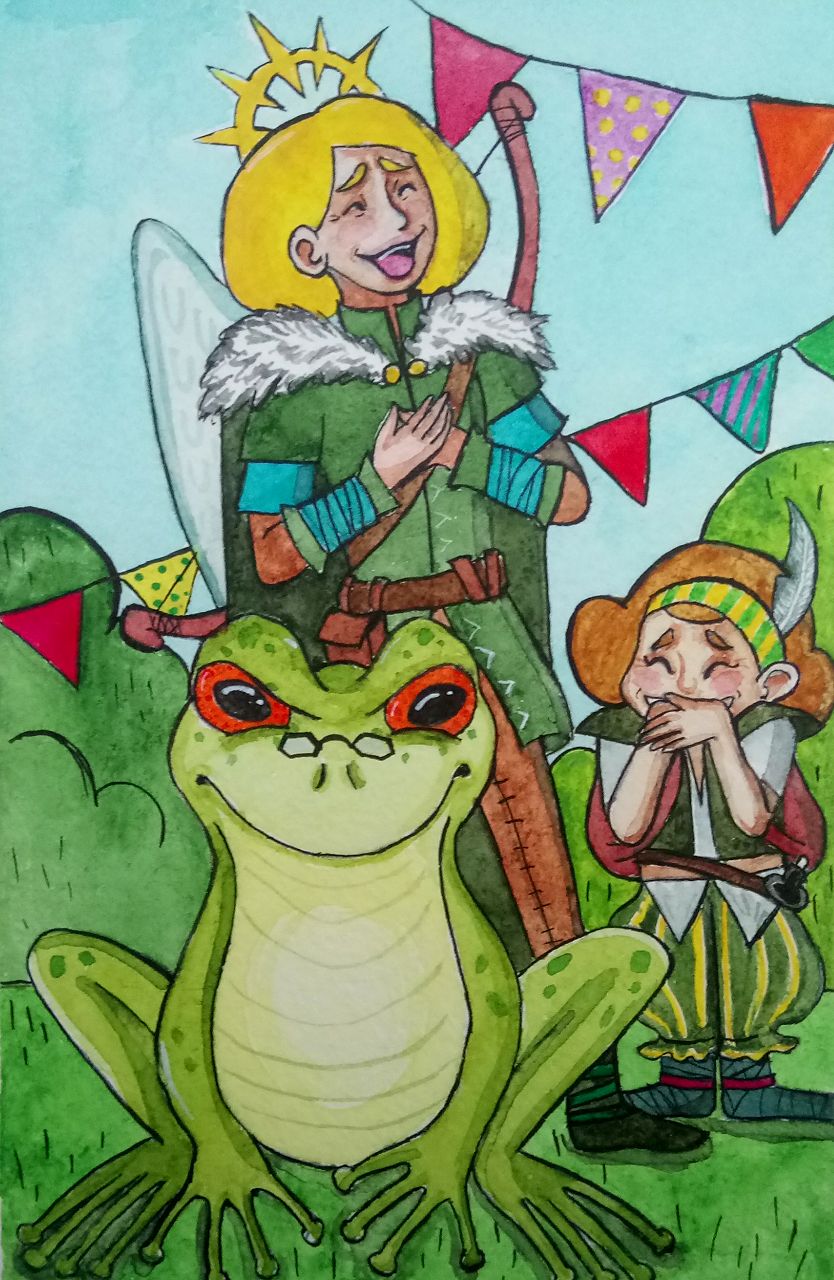 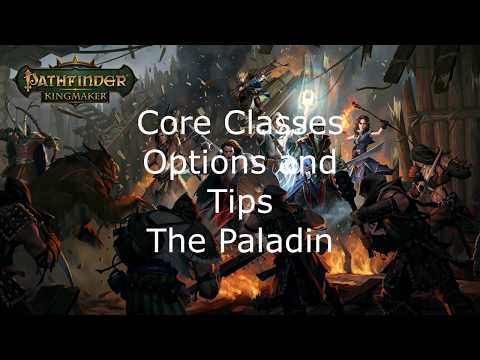 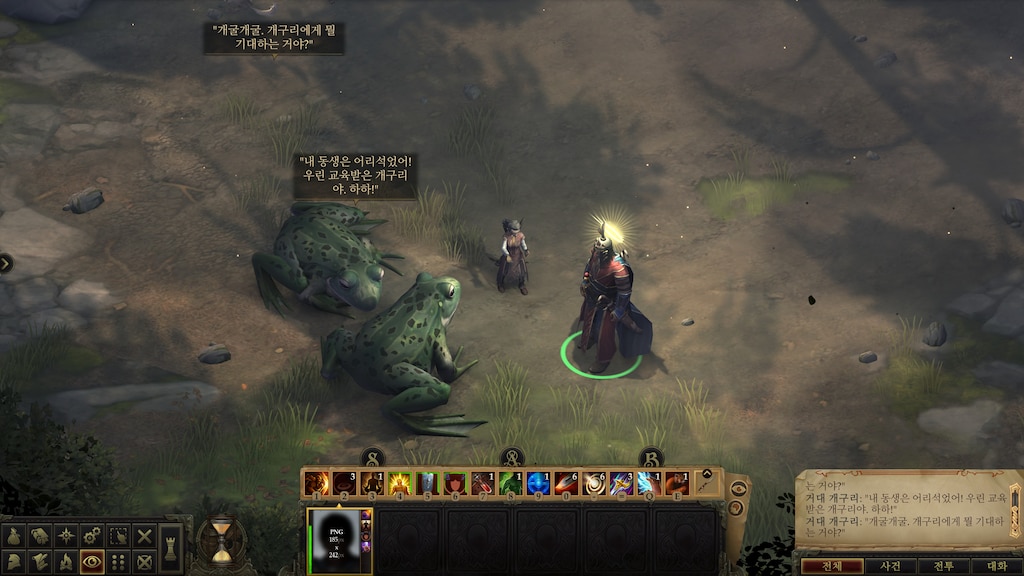 Recommended
66.5 hrs on record
So far, this has been a great alternative to the lack of ability to meet in person for D&D sessions. Helps that the game runs well on my mid spec laptop, too. cRPGs have always been tough for me to get into, but just like Elden Ring did for Souls games, I think Kingmaker has awoken a new love affair with a game genre for me. 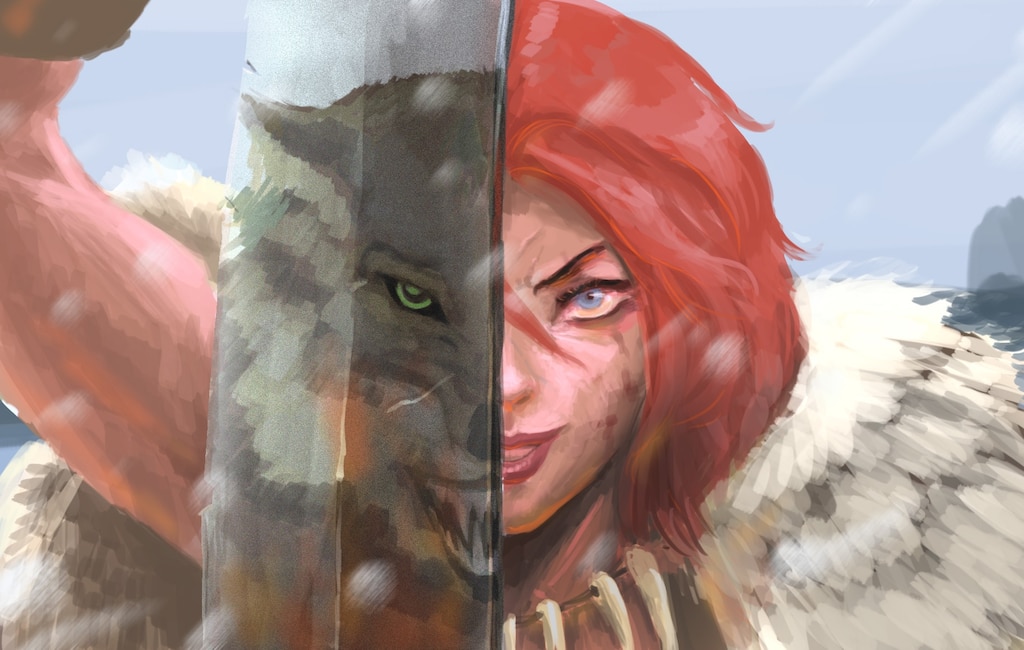 Not Recommended
16.0 hrs on record
This game is on the brink of being good but just misses royally. The characters are very poorly written and irritating. Furthermore, the gratification is just not there. Story progression and scenarios have underwhelming payoffs after long investments of times. In the end, you just end up feeling worse and unsatisfied. 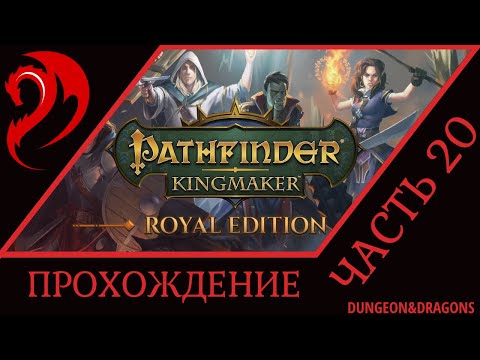 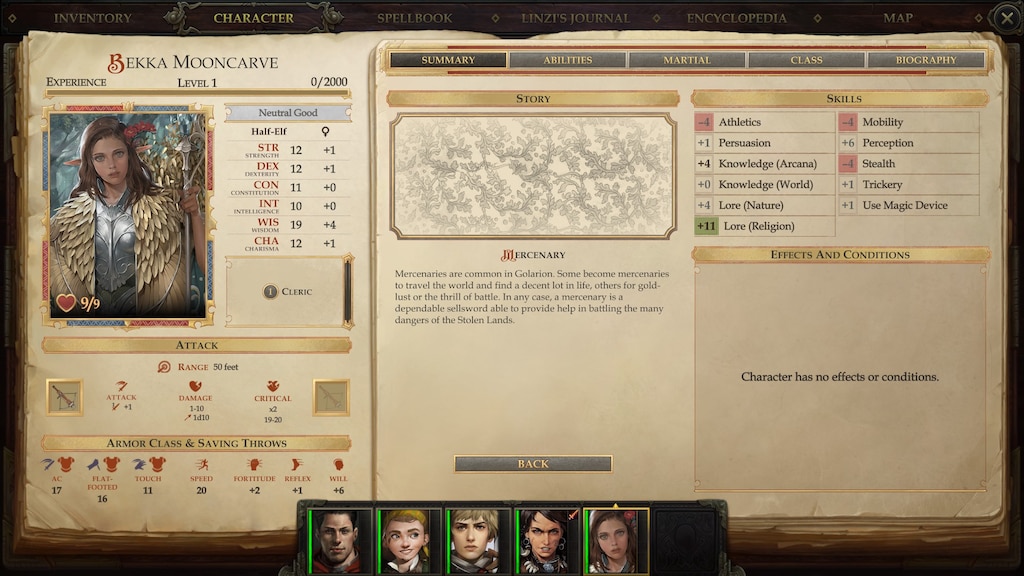 0
0
Created a Mercenary Cleric added to party since companion clerics were so crappy. 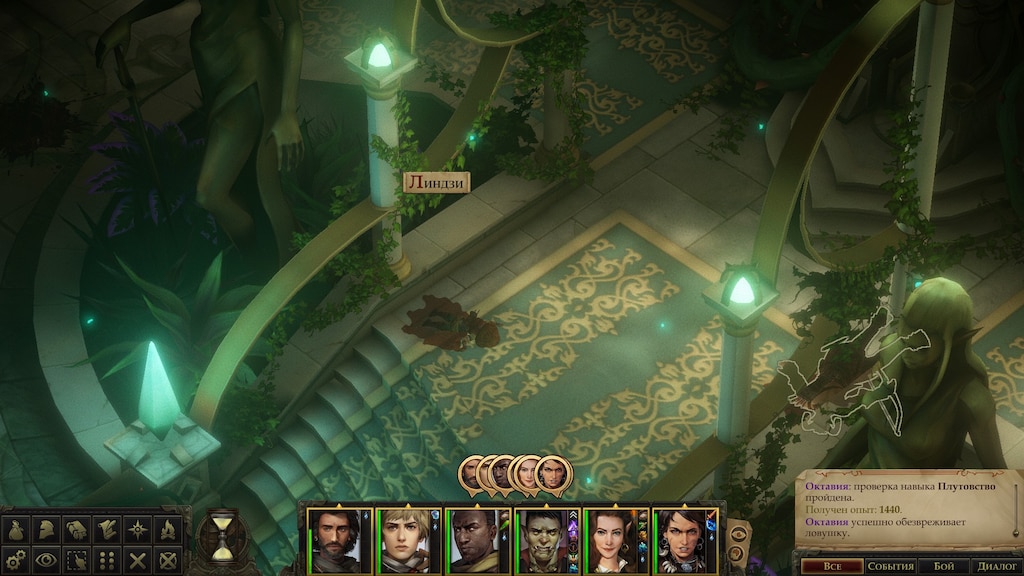 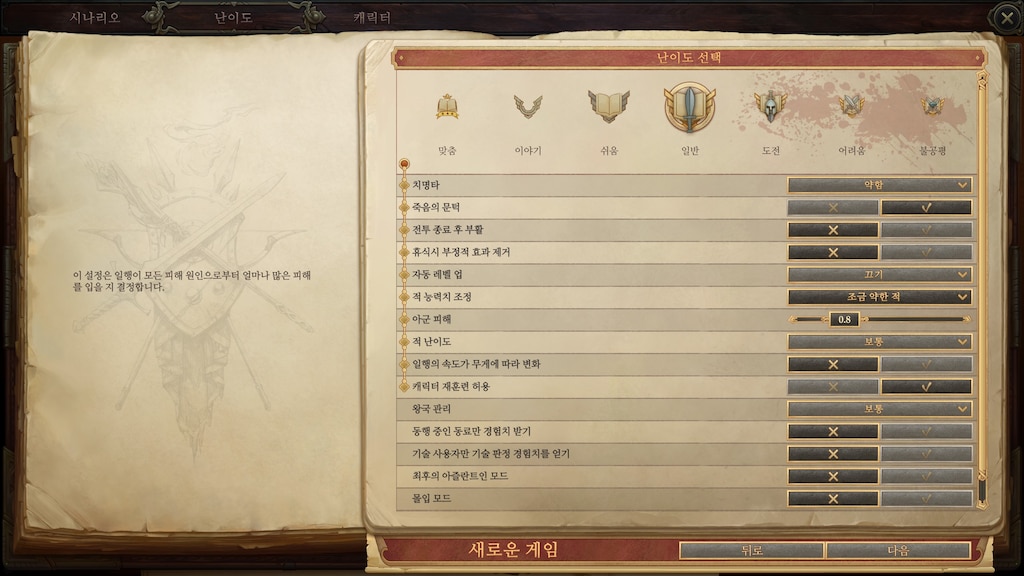 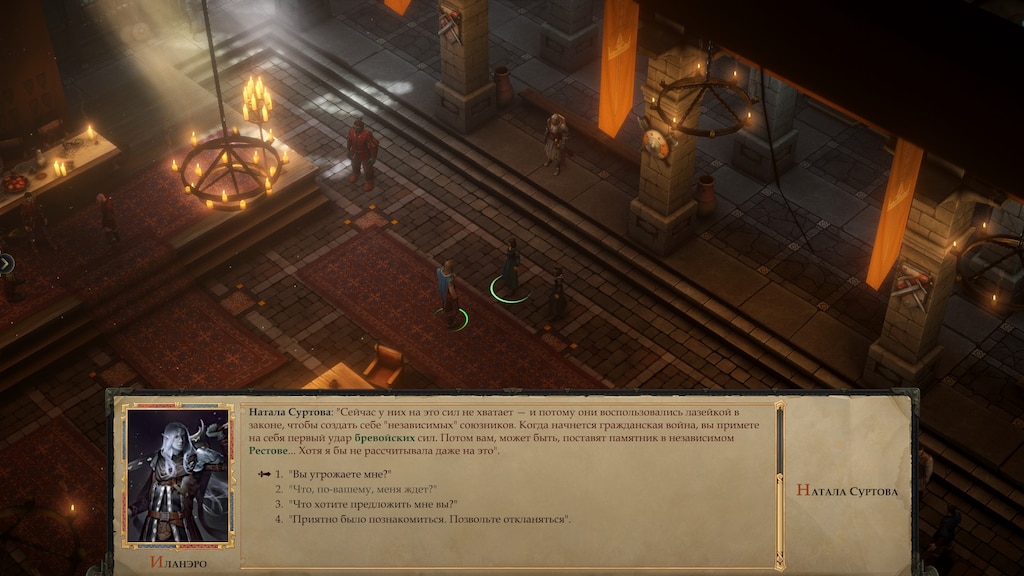 ILanEro
View screenshots
act 2 - overwhelmed...
act 2 just started and i am so scared i mess up kingdom management and time limits. immediately went to the verdant chambers as i read that i should immediately do the main quests, but i just get killed there. 0 chance. is there a list of quests that i HAVE to do? the fear to miss deadlines is killing the fun right now (and i LOVE the game)....
24

Homunkulus
8 hours ago
General Discussions
Are direct damage spells worthless?
Just that....a simple grease spell will disable most enemies for the rest of the fight...other such status spells are the same (glitter, sleep etc.) A fireball will do 20 damage in a small radius....nowhere near enough to matter.....I keep some acid spells/cantrips against trolls....but otherwise aoe control dominates with ease........
9

FabioManoel1977
Jul 1 @ 1:01pm
General Discussions
Armag VS Amiri? How do you win?
I read somewhere if I can manage to do enough damage a sister will interrupt the fight and this will allow a path for Amiri to become cheftain but how the hell do I pull it off? As soon as its Armag's turn, he cuts her in half with two swings each doing 120+ damage....
20

We bring to you a bagpack full of exciting news as we anticipate the release of Outward Definitive Edition!

Get Outward + The Three Brothers DLC and be entitled to a free digital copy of Outward Definitive Edition next week.
With exclusive, lifetime high discounts, we hope to offer everyone the chance to jump into the adventure.

You can find the Steam sales page here!

Pathfinder: Kingmaker – Imperial Edition Bundle (extra 20% bundle discount!)
https://store.steampowered.com/bundle/11193/Pathfinder_Kingmaker__Imperial_Edition_Bundle/
To get the latest news on all things Outward, follow us on Twitter, Instagram or join the official Outward Discord Channel