Command legendary heroes to reshape a land fractured by broken oaths, reckless wars, and secret arcane powers. Claim ancient artifacts and powerful weapons to empower your cast of 30 voiced, playable characters as they form bonds and battle their way to become legends.
$24.99
Visit the Store Page
Most popular community and official content for the past week.  (?)
Big Updates Coming Soon
Sep 13
Hi folks!

We’ve got some big updates coming soon and we just wanted to give everyone a look at what all to look forward to in that update!

This has been another big request from the community, so we’ve done our best to make it a priority. Suffice to say, you never really feel just how much text you’ve written until it all needs to be translated. Progress is going great though, and they should all be coming pretty soon. 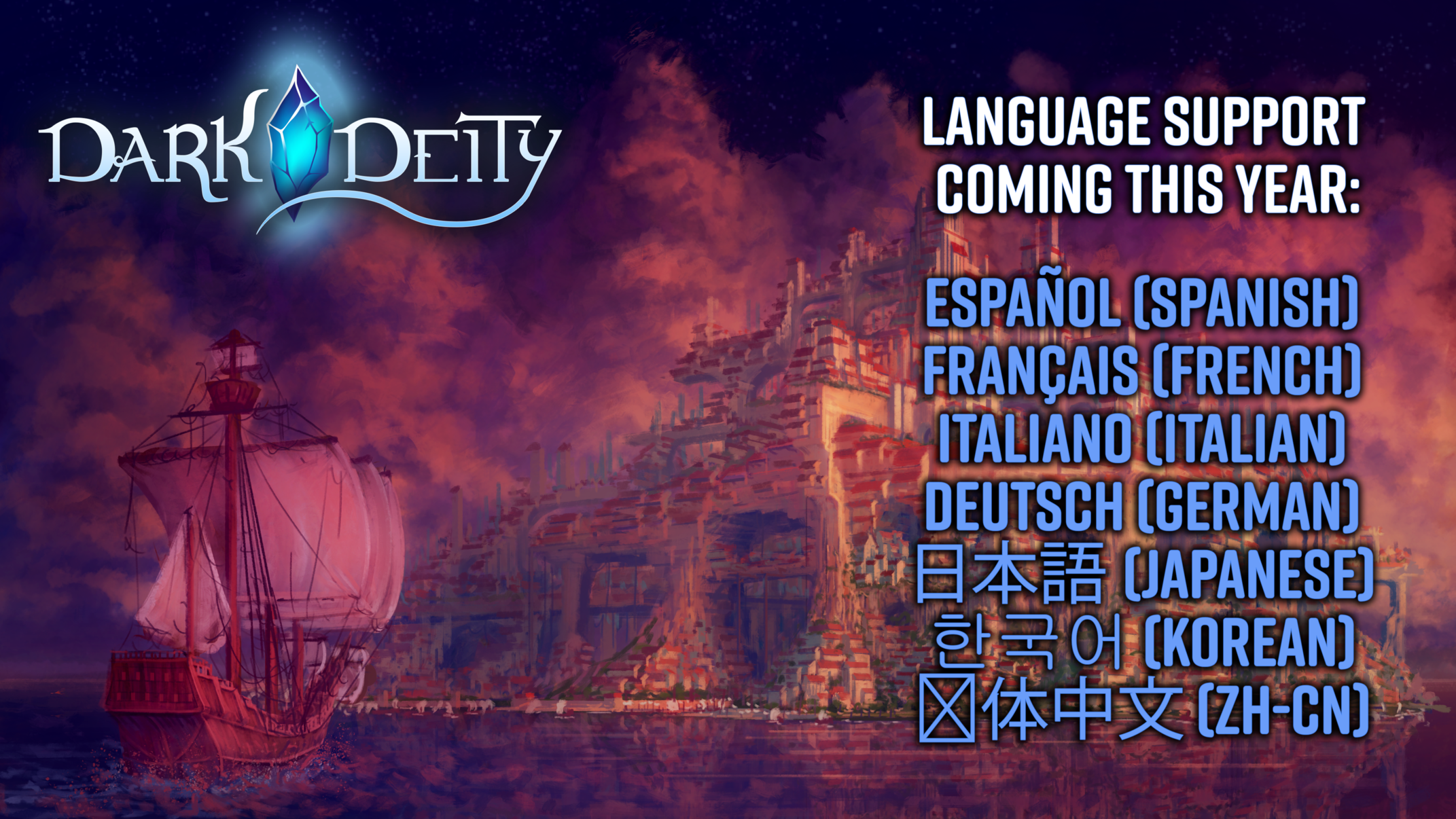 1.5 Update
The other reason why there haven’t been patches in recent weeks is that we’ve been working on a host of sweeping balance changes based on all the feedback we’ve gotten since launch.

Some of the bigger pieces here are a rework of the accuracy and dodge system to both make it harder to create/face ridiculous dodge tanks, and to make it easier to calculate hit % in your head. For the most part we’re looking to buff underperforming characters/classes/items rather than hand out nerfs - but a few pieces that simply needed a change will be on the receiving end of the nerf bat (looking at you, Vosh’s Sanguination). We will also be adding a slew of new aspects which we are really excited about.

Once this balance patch is finished, hopefully sometime next month, I’ll be able to focus back in on performance and technical patches, and I plan to be more active on some balance patching as well in the early life of patch 1.5 and on. I want to thank you all as always for your patience with us making these changes - we’re a tiny team and as a solo programmer it has certainly felt overwhelming at times, but the support y’all have shown through this process really keeps me going, so thank you for helping create such an amazing community.

As always, thank you for everything! If you want to join our community, join our Discord[discord.gg] or follow us on Twitter.

How the Advantage System Works, and a Concise Chart for Match-ups
A guide to Advantage, Damage Types and Armor Types, and just generally how it all works. Also a little bit of discussion about my issues with it, because all I ever do is complain.
38 ratings 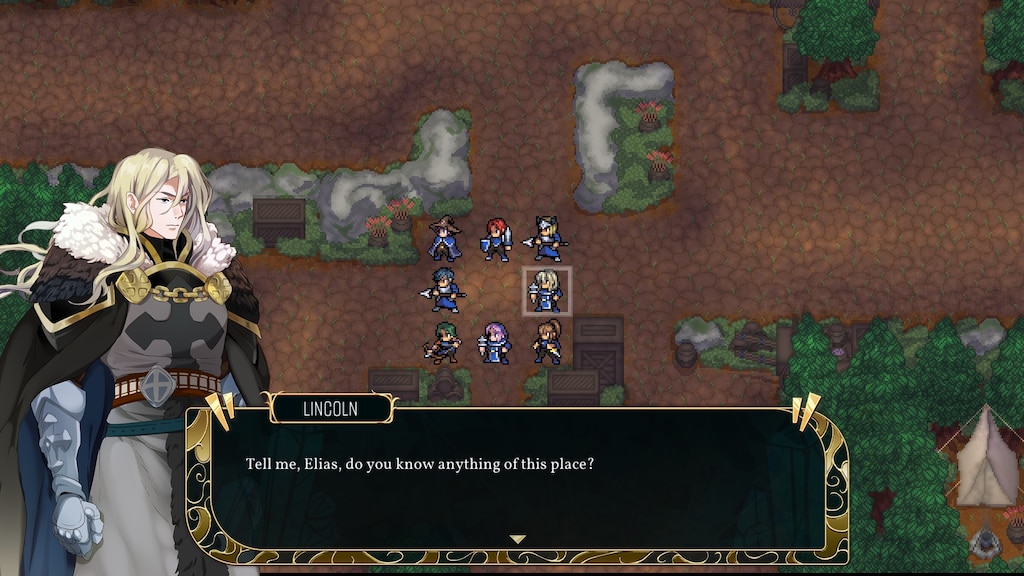 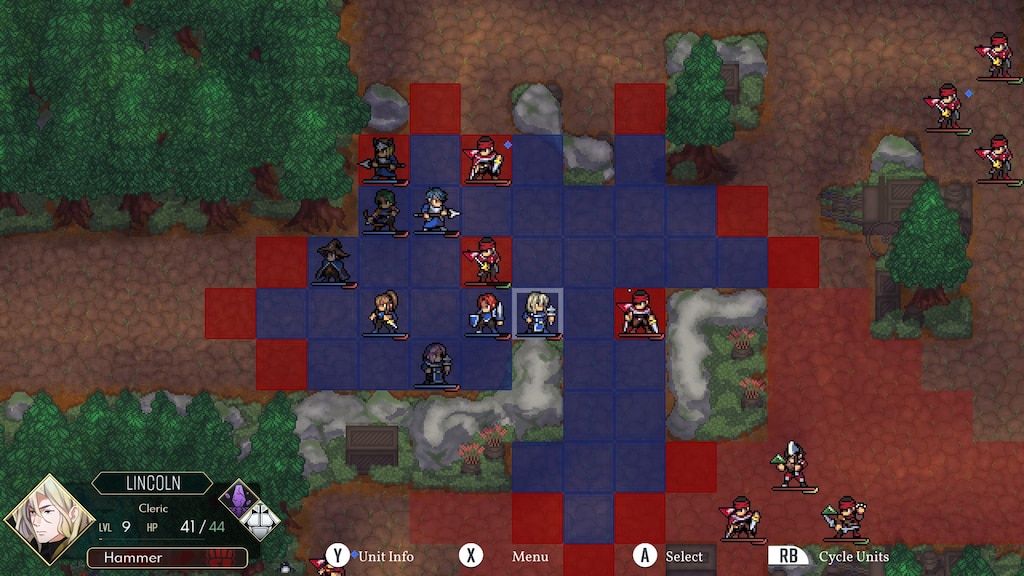 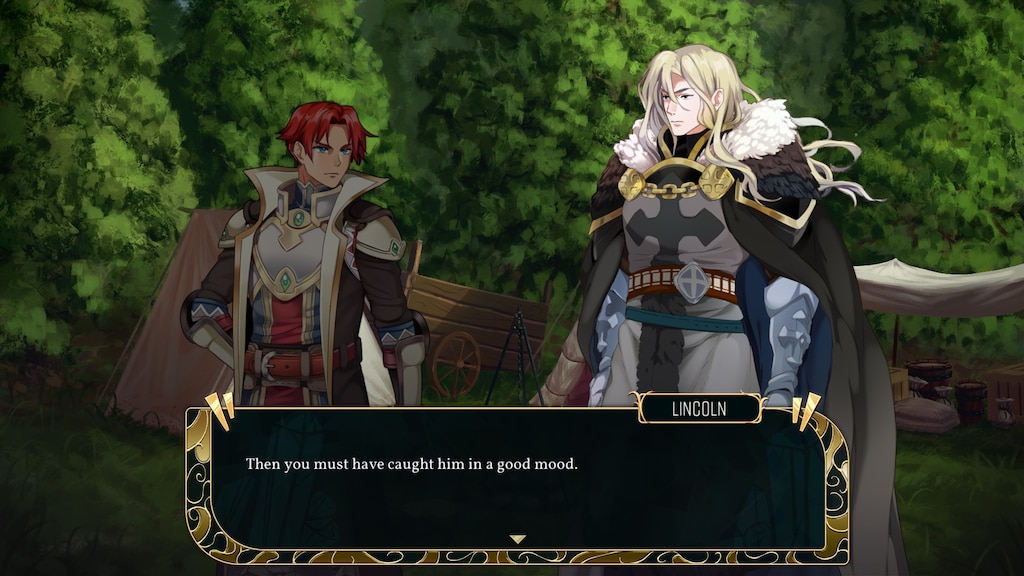 Unit Tier list and class suggestions
I leveled up terrible units so you don't have to. If you're lazy and dont want to be trapped with a team full of Jagans, come on in.

1
0
For all Lincoln fans out there! 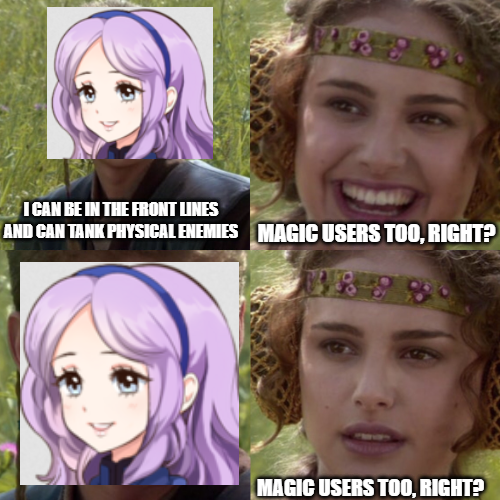 Dark Deity Unit Guide
A list of all units bases, default growthrates, personal skills, class skills and class growth rate modifiers. If you have any corrections or can fill in any of the blanks please let me know. And if you're interested check out my youtube channel where ... 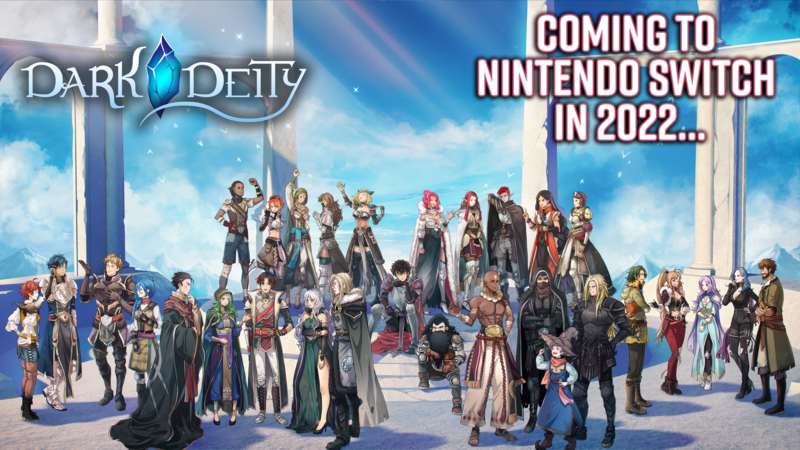 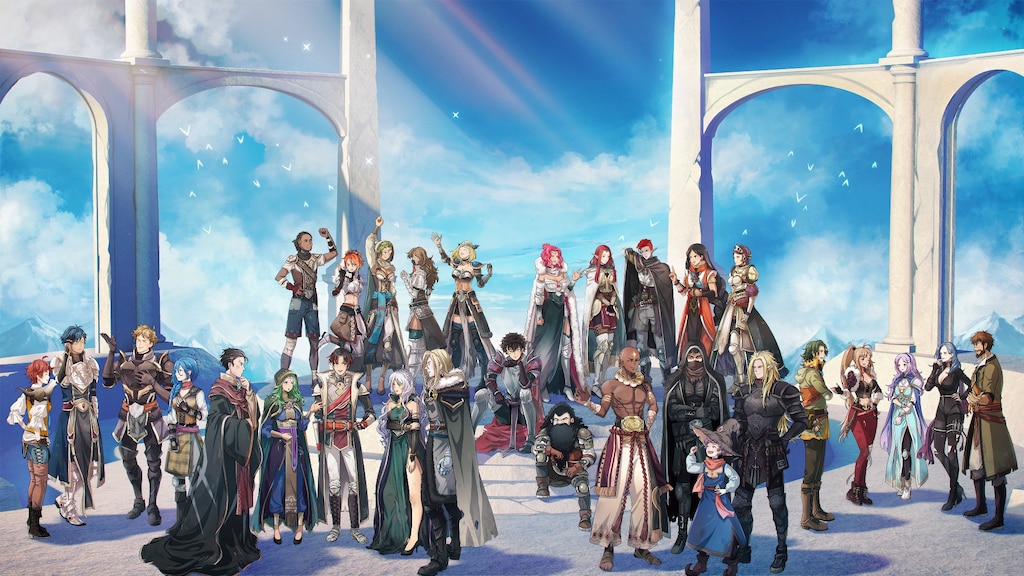 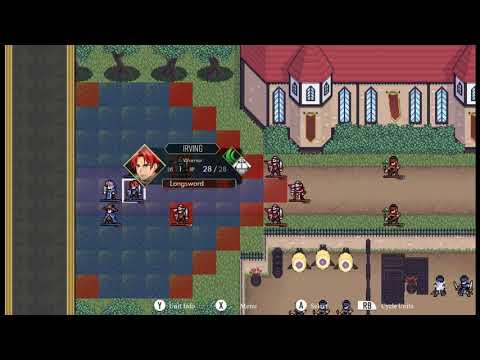 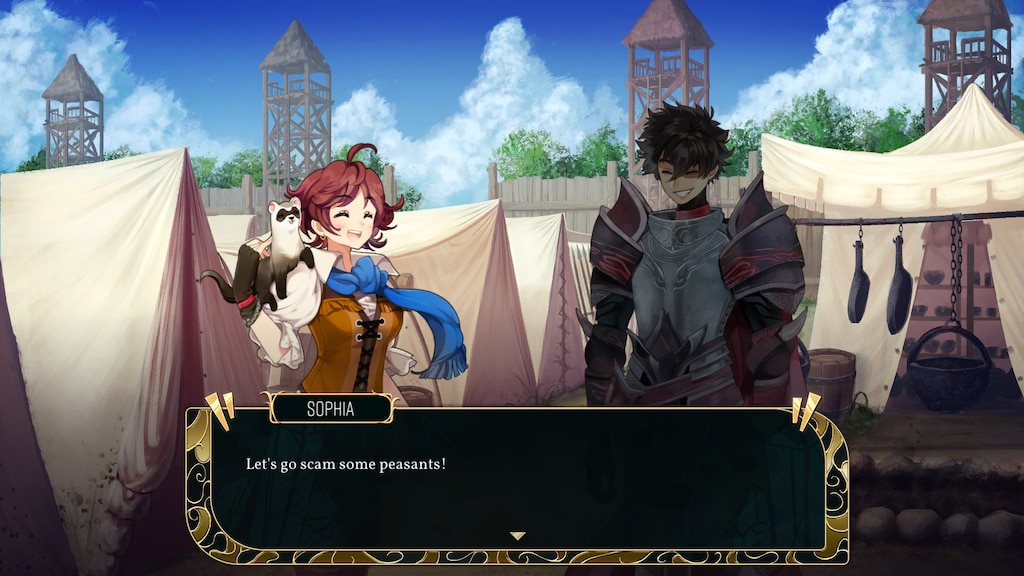 0
0
Best character. Not even close. 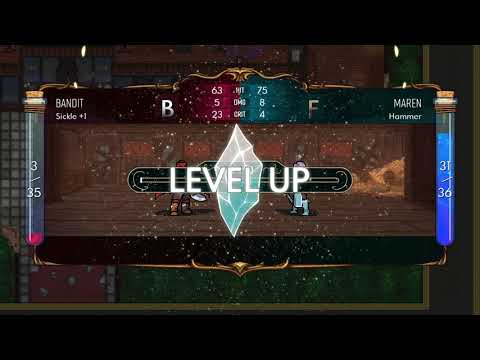 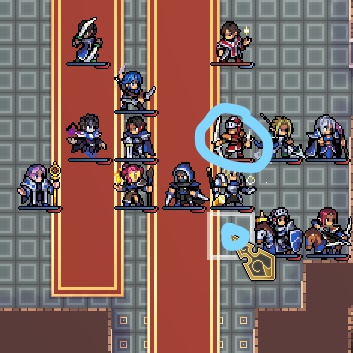 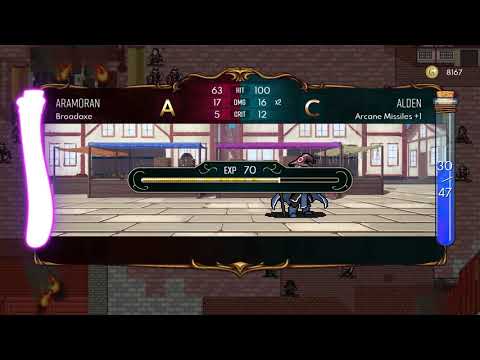 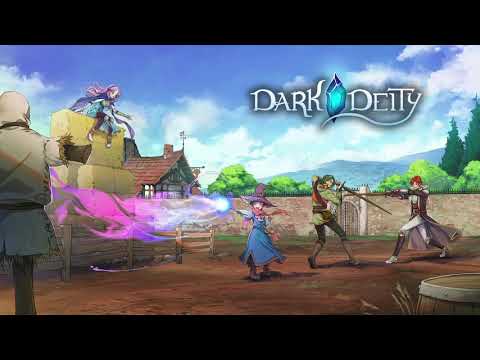 100% Accurate Unit Tier List
For those wondering what units are worth the time investing into. And here's my youtube channel if you want to check it out, will be streaming a second playthrough soon: https://www.youtube.com/channel/UC19wnm6afuuFobOz97JuLZQ

Not Recommended
50.7 hrs on record
Game is comes down to dodge beats all. Even characters that are red to other are better depending on class. A lot of classes are just bad. Again you can be red to a class and do more damage and take less then a green. Tanks don't exist other then dodge. At the highest the difficulty its just straight up the computer cheats, you have 95 percent chance to hit miss, they have 50 percent chance to hit crit... just roll d20s by your self at your house its the same thing

Dark Deity
78
2
Disappointing Classes
I'd like to know your personal experience with being disappointed when choosing a class. The absolute shartshow of a class is Defender. Excruciatingly slow with low power one would think that it's redeeming qualities would be Defense & Fortitude, but Boy Oh boy was I wrong. They sport the same Defense as your average Adept or Warrior, but their Fortitude is an even bigger disappointment. I tried to grind one up to Sentinel hoping that it would get better - it didn't. Now please vent about YOUR most hated ...
38

Unktray
Aug 12 @ 4:31pm
General Discussions
Battlesaves not working.
I just bought the game because the latest patch (1.06) was supposed to allow you to save the game at the beginning of every turn in combat. I am in the first battle and exited the game after my team had a couple of turns, but when I restart the game and select to load the game with the Battlesave button it just takes me back to the beginning of the battle. Oh and also the game version down the bottom of the main menu has my game as Version 1.05, but I also have the Battlesave button so it must be Version ...
35

wargreg
Sep 6 @ 1:29am
General Discussions
Should I ditch this entire run?
I'm currently up to chapter 6 and playing on the "intended difficulty" but every step of the way I've been stat-screwed for almost all my characters. This chapter actually feels impossible for me given 1/3 of my army is combat useless. Alden is probably my best unit which says alot about the state I'm in. It just feels like I'm just constantly running into situations where my people die cuz their numbers are too low. I feel like it also doesnt help that new characters that crop up seem entirely useless...
12

Recommended
23.4 hrs on record
If you miss the old school Fire Emblem games then this is the one for you! The class structure really adds to the breadth of party composition without the latest features of Fire Emblem games where any character can be any class...The only thing I miss would be a strategic weapon triangle but the unique features that give Dark Deity its own identity make up for it!

Recommended
14.9 hrs on record
So the Games Optimization is a bit poor and there are a couple bugs with the menu navigation... However this is fun nonetheless, I've always been chasing that high for another fire emblem styled game and this sure hits the spot. I enjoy it and am happy it exists.