DUAL GEAR is a Tactical Action Turn-Based Strategy Game inspired by Japanese Mecha. To go beyond the traditional, DUAL GEAR engages the player to pilots their mechs with Real-Time Action Shooting while experiencing the high pressure of Tactical Turn-Based Layers!
-30%
$19.99
$13.99
Visit the Store Page
Early Access Game
Get instant access and start playing; get involved with this game as it develops. Learn more.
Most popular community and official content for the past week.  (?)
Progressive Patch 01 Announcement.
6:03am
Progressive Patch 01 Announcement.
We are truly sorry for the plan was changed but we already updated the preparation patch first before the real major patch is ready. We will update the game step by step with the new features by progression until it was solid enough for the main progression. Please check the patch notes for the details.

Tactical View Locator.
In the Drone and Eyes Tactical Views, we added a moveable locator that can move around the map and enable it to give units a general order like a tactical game. Players can draw the walking path or pinned the destination with the locator and also give the unit the order to fire enemies via both tactical views.
New Indicators Added.
Follow both of Tactical Views were updated to the game. We Added more UI to give more information about the unit through the Tactical Views. You can use the locater to check the performance of any unit and indicated the range of weapons that can accept the order.
Component Sighting
Added the new UI to indicate the chance of damage will affect the separated parts. In the aiming view, you can see the Component Sighting Bar and part buttons with the percentage value. It's not like the bullet percentage but it displays the percentage of what's part will hit the bullet. A percentage will increased or decreased depending on the part you are aiming for.

Enable Specific Component by Melee Attack
You can use Component Sighting to select the specific component
you want freely. Chance will be increased or decreased depends the main part you select. Use a direction button or D-Pad to select the component during the aiming mode.

Hangar UI Changed.
We applied some new graphics to the Hangar UI. We changed from Guage Based to Text-Based with the new scaling of fonts and relocated any status following the priorities. However, it's still in the progression, some features will not work 100% but, we updating the improvement soon.
Partial Tool Tips Applied.
The information tips have been added to the Hangar menu first. Also in the progression. It's still only applied in Mouse & Keyboard mode and is not ready for all language support.

Minor Update, Etc.
-Added Graphic to the Mini Map.
-Added Quick Zoom on SMG and SG.
-Added Command Guide to the Combat Mode and Tactical Views on Right Bottom Screen.
-Limited the missile range matched will max range value of that missile weapon.
-Canceling Action on Enemies AI was applied. It depends on the max range that the enemy can detect.
-Added the circular dots line into the Shotgun when aiming for the range indicate.
-Added an area guide into the Splash Strike Skill on SMG.
-Added the partial Split-Screen when the attack is the multiple targets.
-Booster Jump was added.
-Walking Sound improved.
-Wheel Boost Sound Improved.
-Partial Drag & Drop are available at Parts and Weapons Equip.
-Partial font changed.

Conclusion.
We have held some key updates like New Mechs and Story Missions before the launch and need to update more progression for incoming progressive patches soon. Until it was ready we will improve the game first and will announce the specific date later. Maybe encountering new bugs but we are working to patch up the fix will very soon. Sorry to have taken you so long from the latest patch. More progression is coming.

dissadagreat
Jan 21 @ 1:51pm
General Discussions
You know the real fools are us..
For thinking it would actually update when planned. I Want to believe, and have faith, but I can't remember the last time they met a deadline.
14 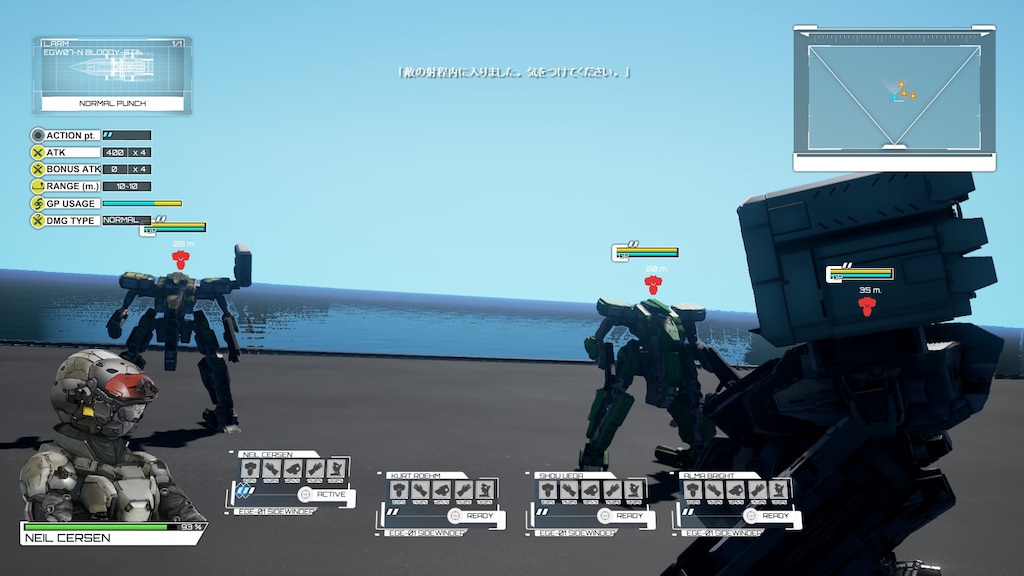 LadyBrown
View screenshots
Patch dropped but where's the content?
I just finished downloading the patch, booted up the game, and... still 3 missions. Still the same parts and shop. Doesn't look like the content we were told was going in made it into the patch, even with the month delay and the patch dropping late... What gives? Did I miss something to unlock the new content? Do I need to replay the last mission to get a new completion of it?...
10 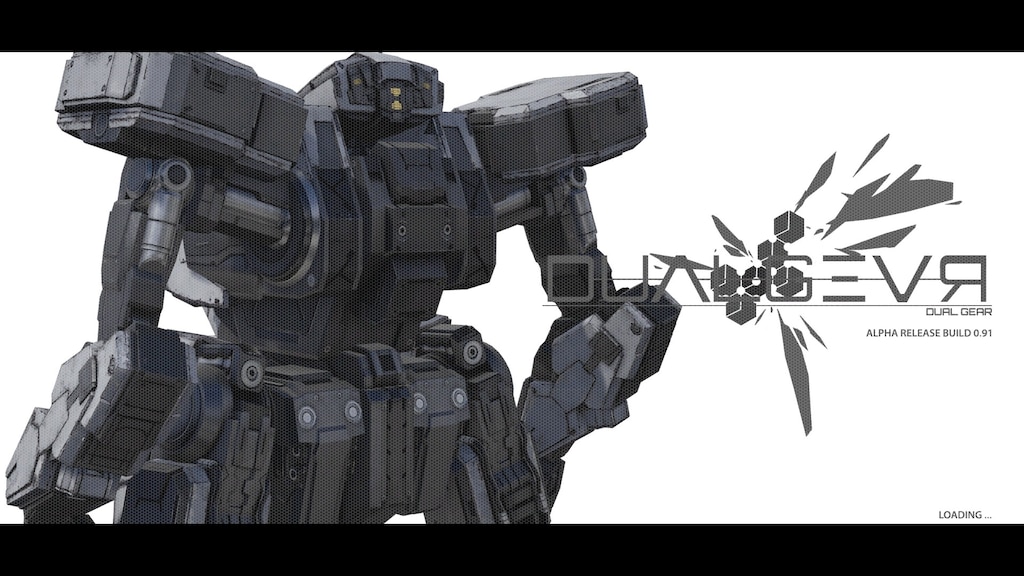 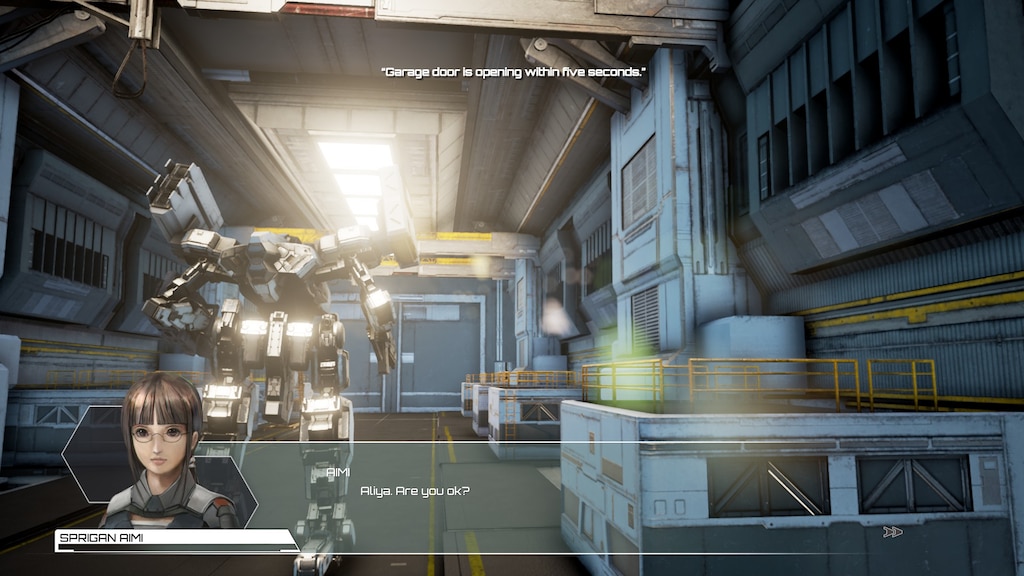 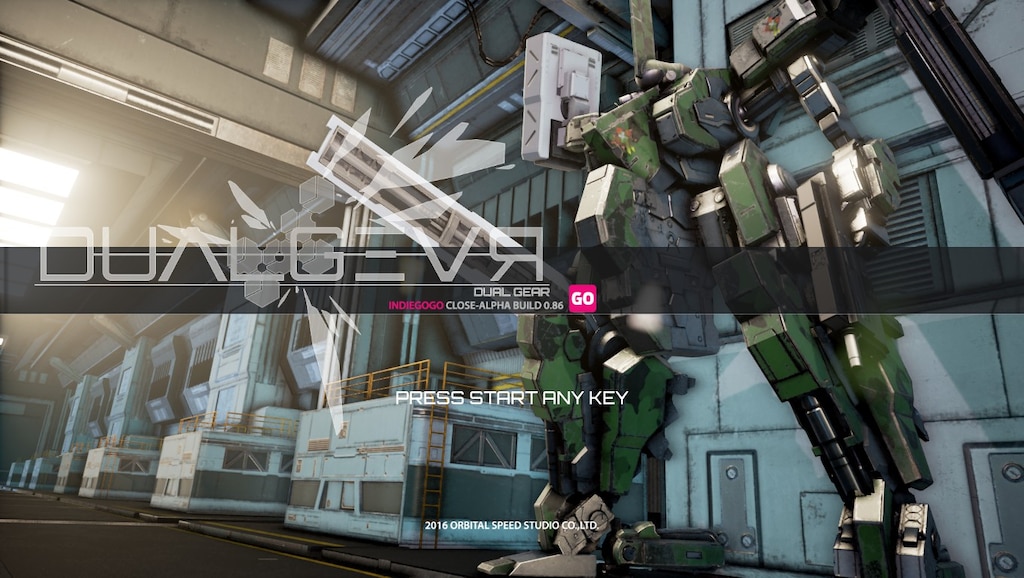 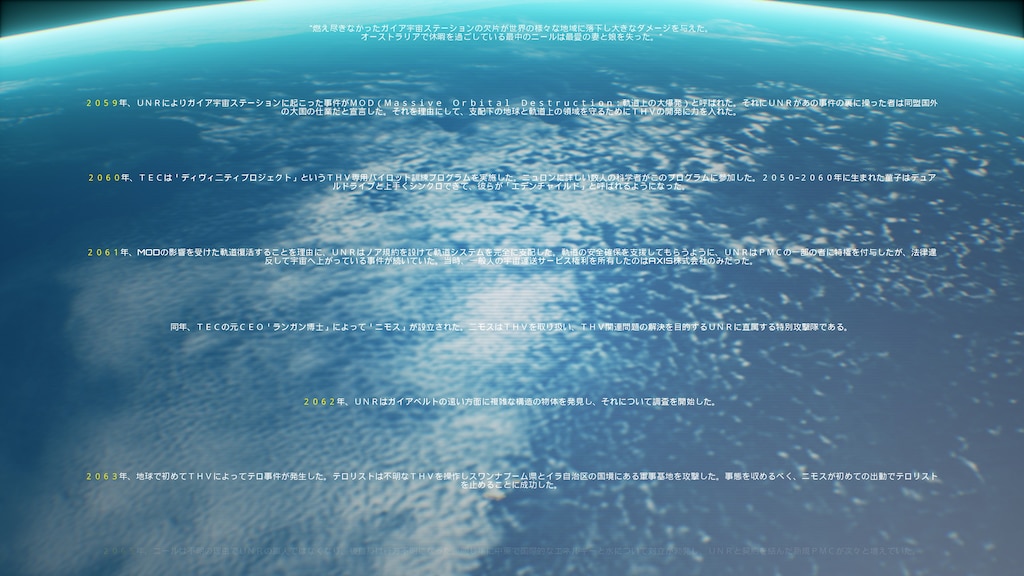 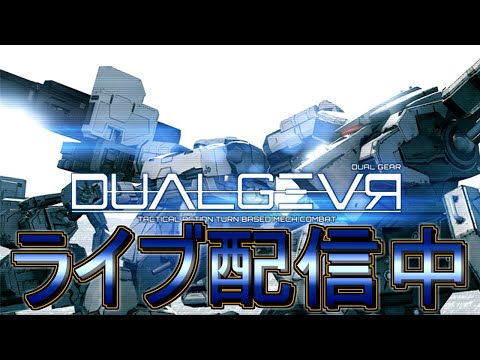 Not Recommended
5.6 hrs on record
Early Access Review
Game Released in EA on

Its the 21st at this point dont buy this game or even support the devs.
They set the date not us.

Not recommend until Further notice. 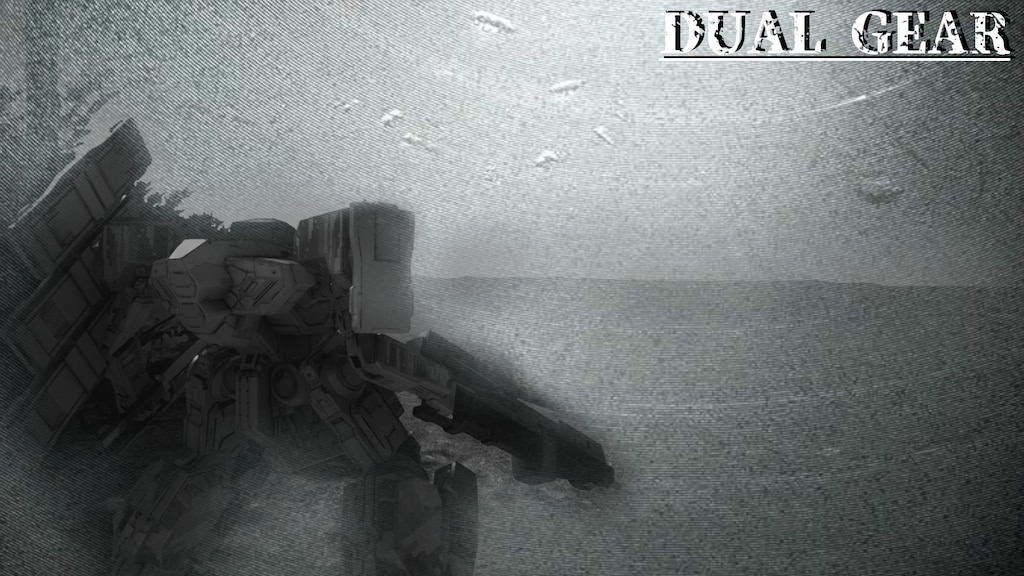 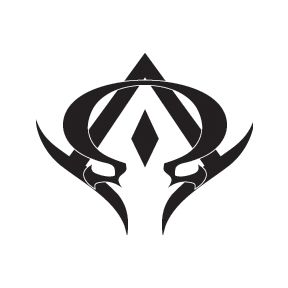 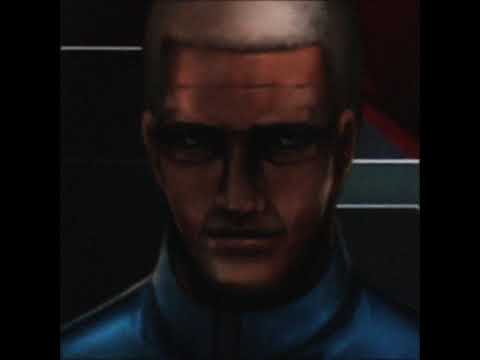 0
0
there will be questions 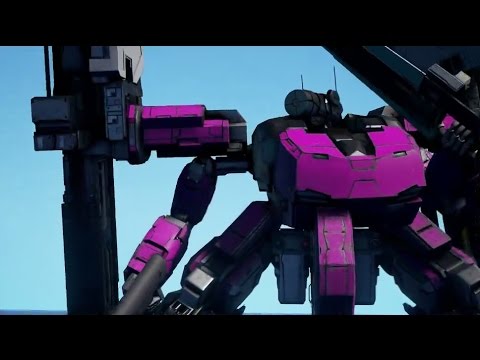 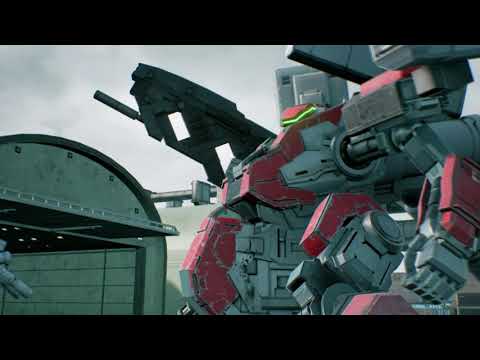 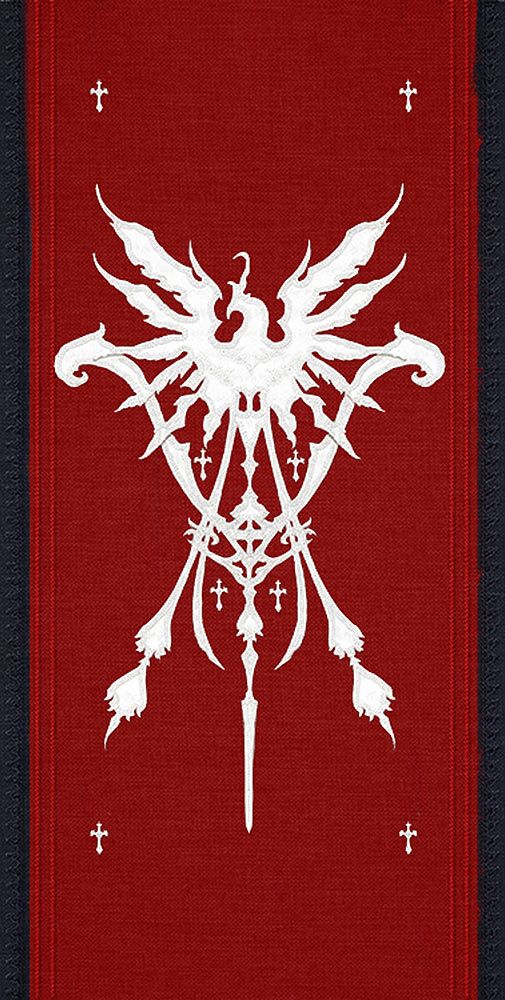 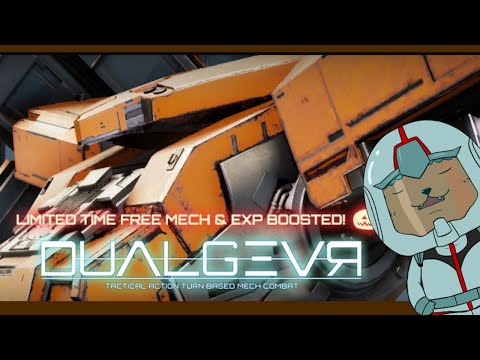 Sanpei-Senpai
View videos
Mesa Naval Dock
Alright so I cant find anything about this mission but I beat it pretty fast but no matter what I do its only a 70% what am I missing?!
1

We are sorry to keep you waiting again but, it needs a bit of time before the launch.

We will update more info before the expected date as soon as possible!

DUAL GEAR
115
31
State of the game?
I'm trying to figure out the amount of content currently in the game before buying the EA. Can anyone give me any insights? Are the battle mechanics complete? How many missions are there, can they be repeated? How many mechas\customizations are there? Thanks!...
7