The critically acclaimed Valkyria Chronicles is now available on PC in 1080p True HD, including all previously released DLC!
$19.99
Visit the Store Page
Most popular community and official content for the past week.  (?)
Aircraft in the Valkyria universe?
I've noticed a distinct lack of aircraft in this Early 20th century style universe. I know aircraft would be hard to implement in the gameplay. But it's a pretty jarring absence. I mean some bombers would do wonders against those mammoth tanks. Anyone know if any of the other games or anime feature aircraft or they get a mention. It's just odd that no one has invented a prop plane yet. Or no one has used one for war. I know WW1 took some time before planes got weaponized. But still. I'd actually like ...
7

Ace Locations for Weapons and Tank Parts
Aces are special enemies in the game that can drop new weapons and tank parts. Therefore they are not easy to find, so here is a list of the locations.
435 ratings

Elisaya
View all guides
War Crimes?
so it would seem the world is based of the real world, however in the real wold by this time they had international laws reguarding war crimes, mean while the empire is comiting war crimes left and right with frequent attacks on unarmed civilians and stuff......
9 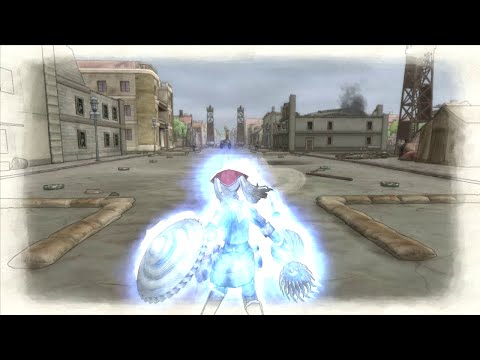 Rank A Video Guide: All Weapons and Max EXP+DCT!!
Video guide for the perfectionist. Shows how to get Rank A with max exp, max DCT and secret weapons (if available)... all in one play through. All videos in glorious 1080p!
120 ratings 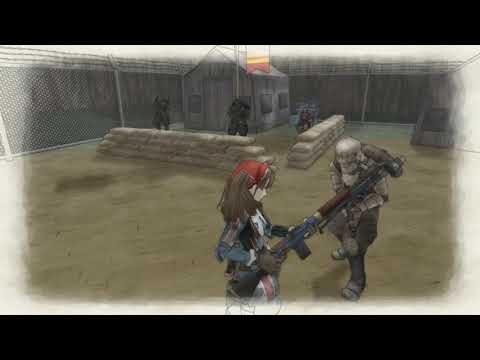 1
0
Valkyria Chronicles is a realistic simulation of war 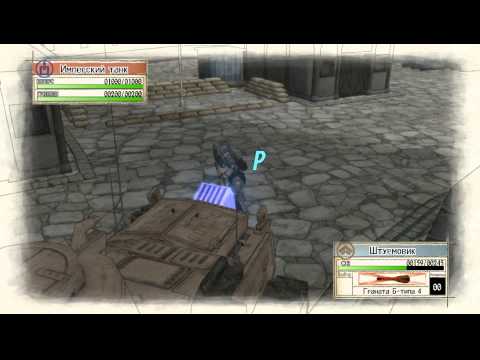 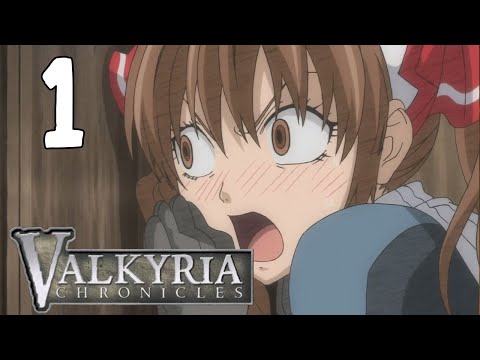 0
0
Six Years In The Making 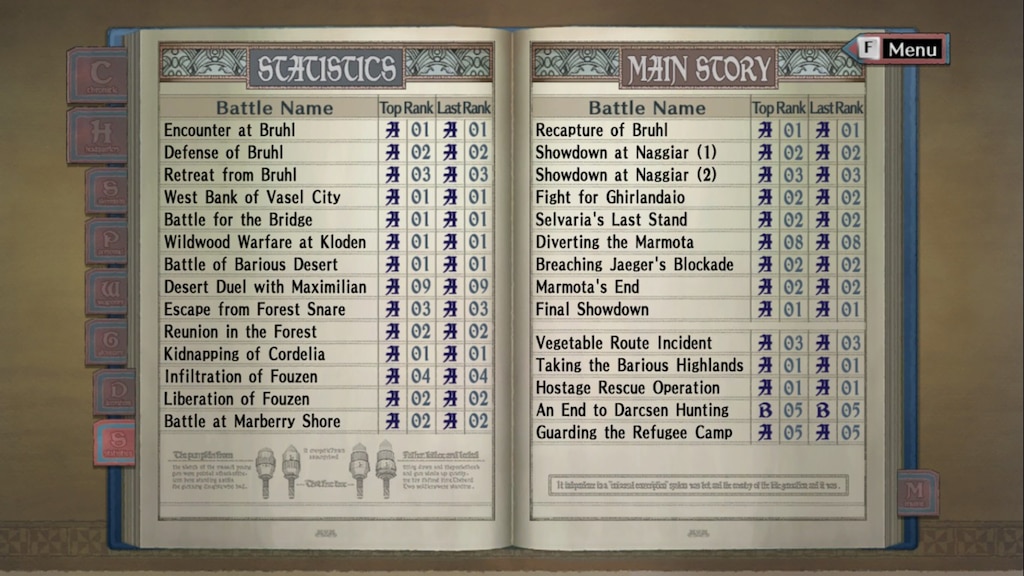 Billy Huang
View all guides
Against all Bugs (and Unfair AI)
This is just a rant about against all odds, between the enemy melding into building windows and shooting through the walls and floors from the inside while I cannot and have to nade them or flame them out of there. To enemy Lancers more than 20 feet away nailing a headshot 9 times out of 10, I have beat the damned game and satisfied I did a good. But seriously, why are the enemy allowed to phase into buildings and shoot through the FLOORS AND WALLS. It's complete bull....
5 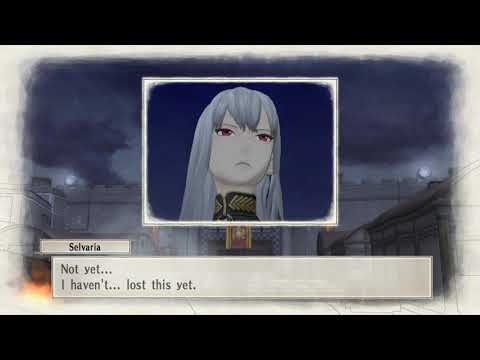 "Quality of Life Fixes" gameplay mod
A mod for those who are looking for a vanilla-like experience with mostly QoL changes, rather than mass-scale gameplay reworks. Highly recommended (by yours truly) for players coming from newer VC games, looking to play the original for the first time.

Recommended
13.1 hrs on record
A visual novel with some tactical battles sprinkled in. In a WW2-ish setting. But kawaii. Fought primarily by children. Against what looks like a Russo-German empire whose military consists almost exclusively of faceless bucketheads.
Combat mechanics are somewhat weird, but can be fun. Ish.
Did I mention kawaii? Yeah, lots of that. 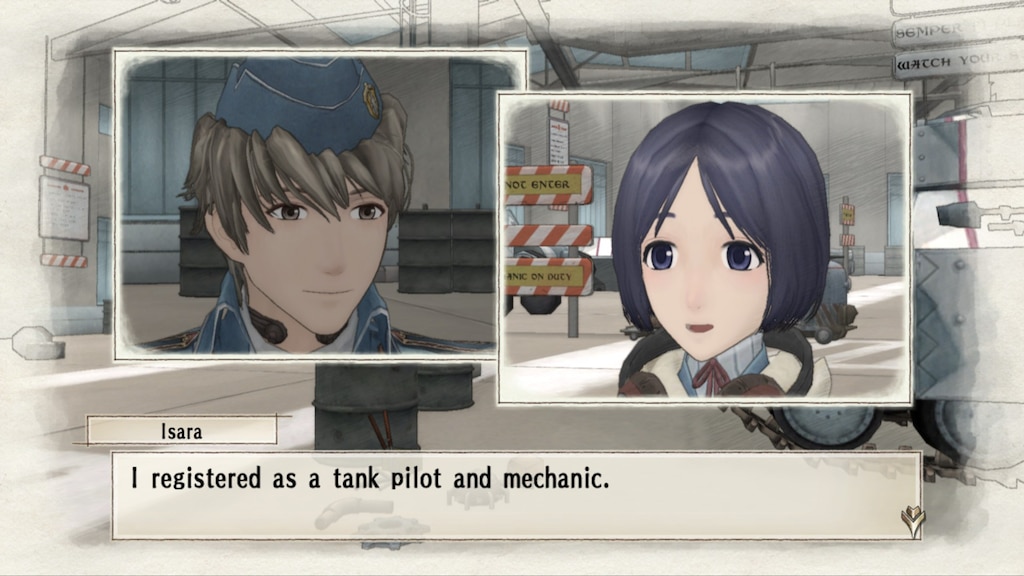 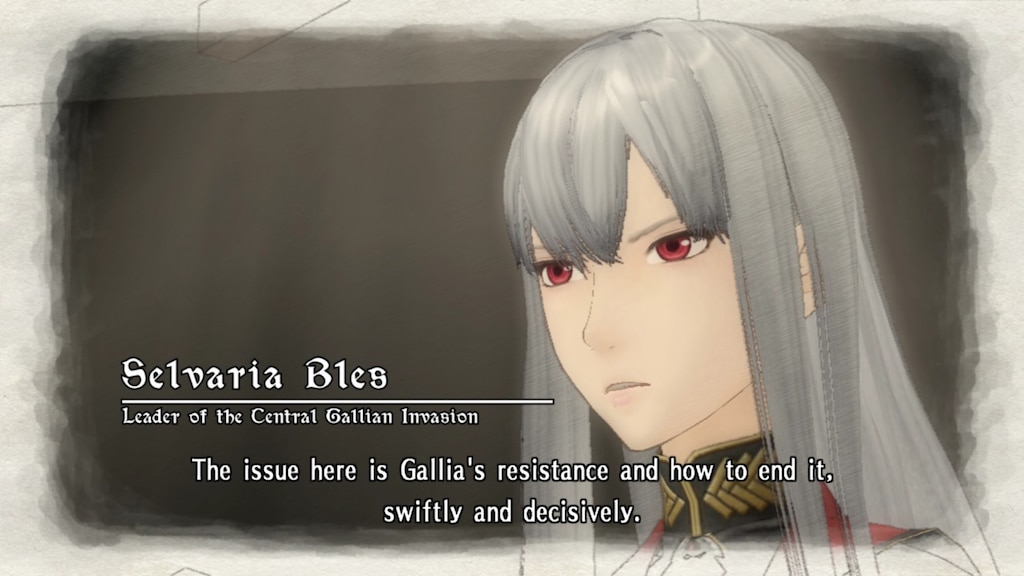 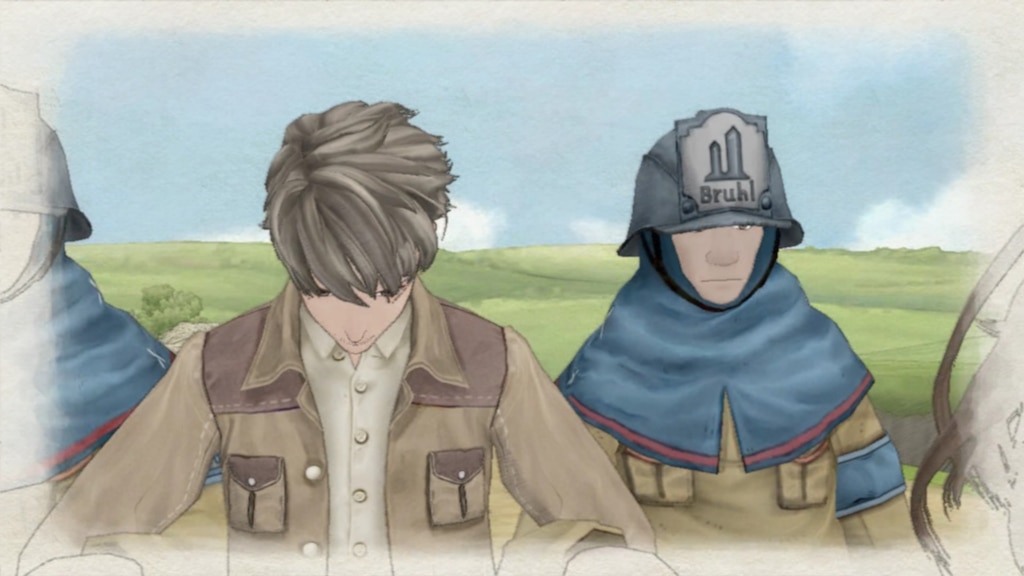 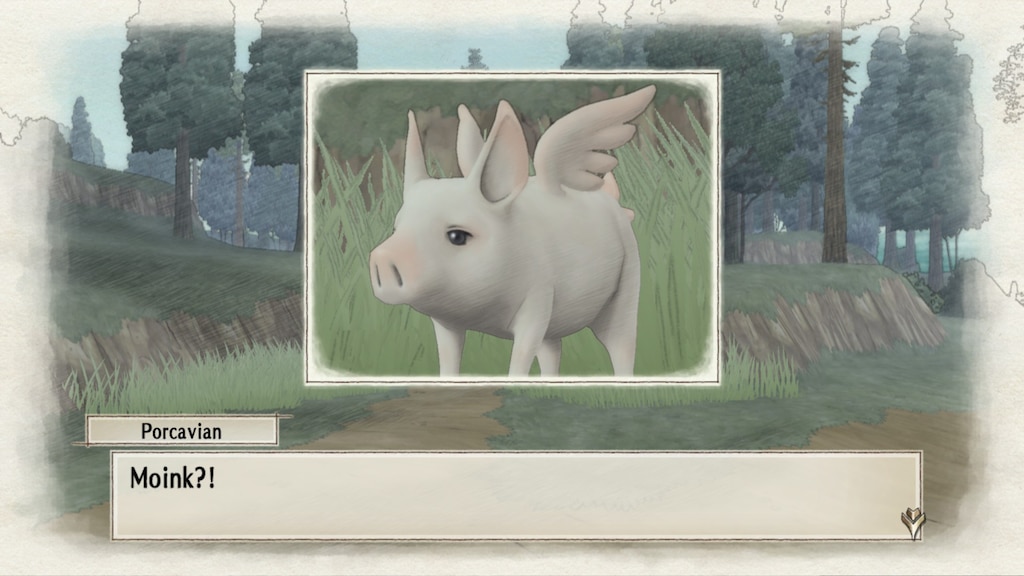 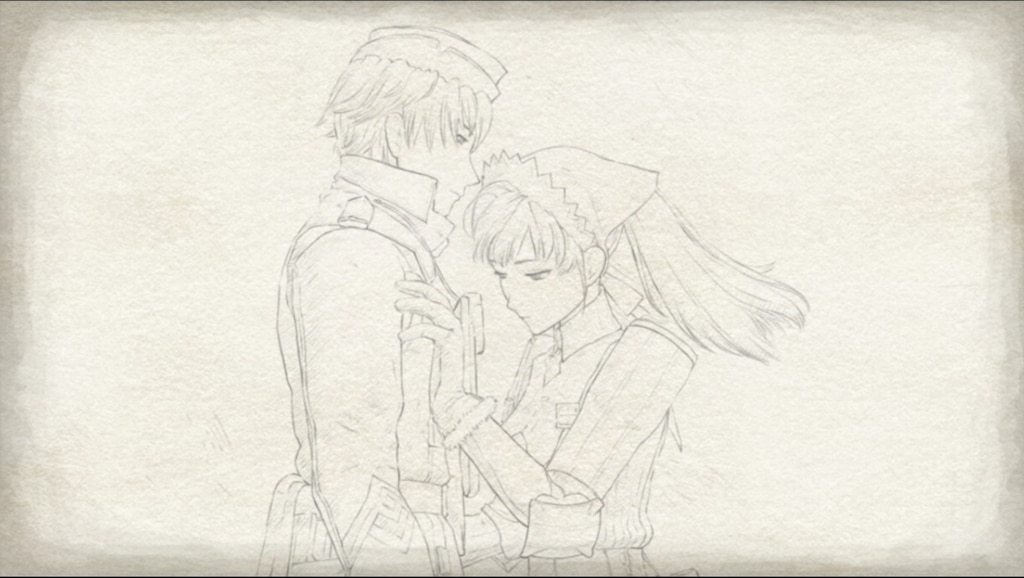 Not Recommended
41.3 hrs on record
Product received for free
I've got this game as a gift and I still feel like i should get my money back.

This game fails at everything it attempts to do. It's not a good strategic/tactic game, it's not a good TPS, it's not a good RPG, it's characters feel out of this world and it's story manages to be ridicously outlandish and pathetically boring a the same time.

Let's start from the most important thing, the gameplay

It's awful.
This may be the first game about strategy and tactics that actively discourages the player from playing tactically.
The way this game encourages you to proceed is by cheesing your way to victory using the cheesiest class you can find and finishing the level in the least amount of turns. There is a mention to how many enemies (and which kinds) you defeat, but the best way to get better scores is to cheese. And by getting better scores you get more XP that allows you to upgrade your classes and obtain fixed stat increases and bonus "orders". You also could get the "Ace" weapons, except that they are mostly useless.
And all of this without even mentioning the awful map design, riddled with invisible walls and glitchy terrain. Or without mentioning the total abscence of intelligence from the AI, which only tactic is basically to throw human waves of meat shields, while the tanks and emplacements designed to annoy you to afar are easily picked off in a move or two.

The story and the characters are completely nonsensical.
The story can be summed this way: trying to make war family friendly.
The story is heavily character driven, too bad that there isn't a single character that thinks like an actual human being.
Every single one of them is some kind of caricature, and none of them seem to realize that they are in an actual war.
The "big baddies" are literally a caricature of "evil". If they are shown to have feelings, in the very next scene everything is ignored making them genocidial yet again. Yet somehow, when you actually manage to catch one of the war criminals responsable for much of those cruelties... You are expected to let him go, knowing that his boss, a genocidal mix of a 17th century holy roman emperor, Adolf Hitler and a whiny hormonal teenager, will rightously give him the death sentence for his crimes.
And this happens multiple times.
Well, okay, the baddies are poorly written.
Surely the goodies have to be better right?
Yeah, no. The whole main cast is written so badly that they seem to be written by a 6th grader.
Every one of them, and I mean every single member of the main cast doesn't seem to realize they are in a war. They literally do things like delaying the war effort in order to secure veggies or throwing aside your one and only chance to win a war, because it's "wrong".
Even though the enemy is shown using literal weapons of mass destruction multiple times in order to achieve victory.
There was more effort put in writing the biographies of the random secondary soldiers than in the dialogues and plot of the main story.

There's also supposed to be an "RPG" element.
Over which you have no real control, since it's mostly just fixed stat increases.


Overall, this game looks like something that a group of high schoolers would make for their finals, not a proper videogame. It's shallow, it's frustrating and it's boring. No wonder why it sold so poorly.
What I can't understand is why this game seems to be recieved so well, and why it's fanbase defends it so vigorously.

Festina Lente
263 products in account
0
Does the game ever become, well, a game?
I don't have much time to play games these days, and I've had to watch an hour of broken up, boring animoo for like 10 minutes of boring/easy game play. Does it ever get better, ie more involved with actual long, complex missions, or is it just several hours of boring WW2 anime for teenagers and doing easy missions with trite, insufferable characters?...
11

Fyrscha
May 27 @ 2:41pm
General Discussions
Just a story driven campaign or standalone battles too?
I'm just thinking about buying the game and wondered if there was room for individualised battles/strategies/trying out ideas or whether all gameplay is locked into a scripted campaign? Thanks for any help! :)
5

gettingthere
Jun 30 @ 12:21pm
General Discussions
No one has rated this review as helpful yet