Inscryption is an inky black card-based odyssey that blends the deckbuilding roguelike, escape-room style puzzles, and psychological horror into a blood-laced smoothie. Darker still are the secrets inscrybed upon the cards...
-30%
$19.99
$13.99
Visit the Store Page
Most popular community and official content for the past week.  (?)
Inscryption V1.10 - Now on Mac and Linux!
Jun 22
Normally Unity makes Mac / Linux ports fairly easy but due to the scope and weirdness of Inscryption there were plenty of platform specific bugs to work out. Huge thanks to Ryan Lee (@belbeeno) who single-handedly destroyed these bugs. And thank you to the beta testers who played the Mac and Linux versions and reported them!

In working on these ports (and a few other ones ːstimulationː) we came across some issues that have existed in the Windows version since Kaycee's Mod. The following will be fixed in V1.10:
The incredible Mantis God cover art is by @carpetcrawler.

And I'm delighted to be able to feature another piece of fan art for the patch! This one is by @aureolin24. 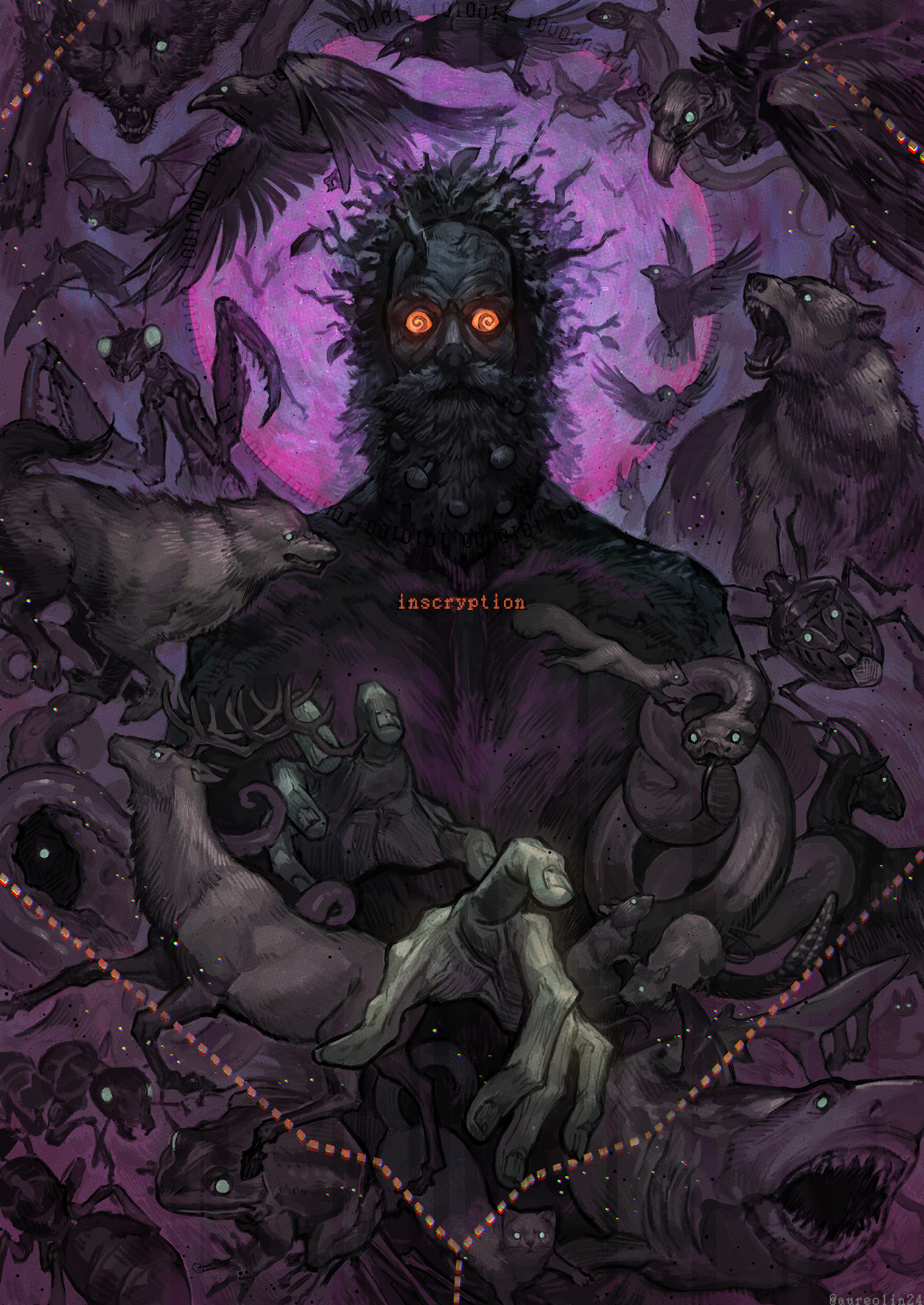 Recommended
25.3 hrs on record
I implore you. If you think you might be interested in this game at all, be careful. I went in blind and that is most certainly the way to go. If you carelessly search around, watch someone play too far into the gameplay loop, or read much about it you will totally spoil what I can only call an experience that you can't get back.

With that out of the way, I'm afraid I can only say that my review must be vague and shallow for the same reasons.

Inscryption is creepy as hell, deeply stylized, dripping with atmosphere and charm, and continues to draw me in further the more I play it. Its quite a clever premise, and I suspect this 'style' might be one of the next big things that other devs attempt to copy or capture the magic of.

At its core, it certainly is a deck based card battle game with roguelike elements exactly as described on the tin. It might seem really difficult at times during the early stages but once you're familiar with the mechanics and make progress, the core gameplay loop is so very satisfying to play through. But Inscryption is so much more and that's the essence of why knowing as little as possible beyond the main points is vital to enjoy it to the fullest.

The game has already thrown quite a few surprises at me and the deeper in I go, the weirder it gets and I love that. 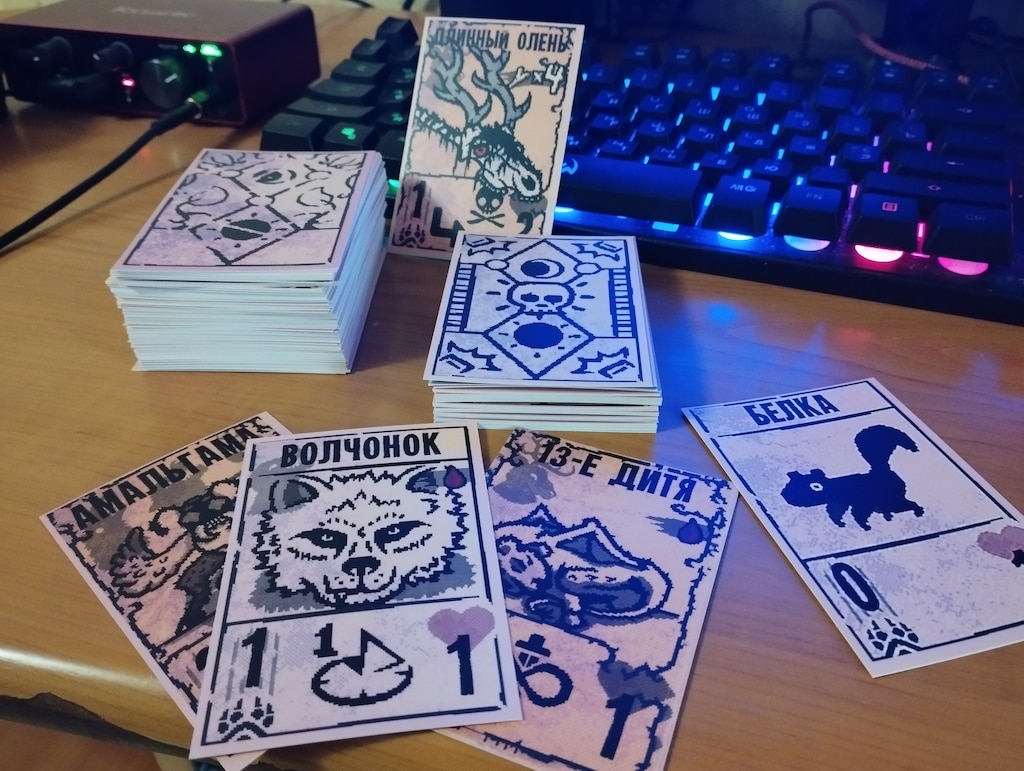 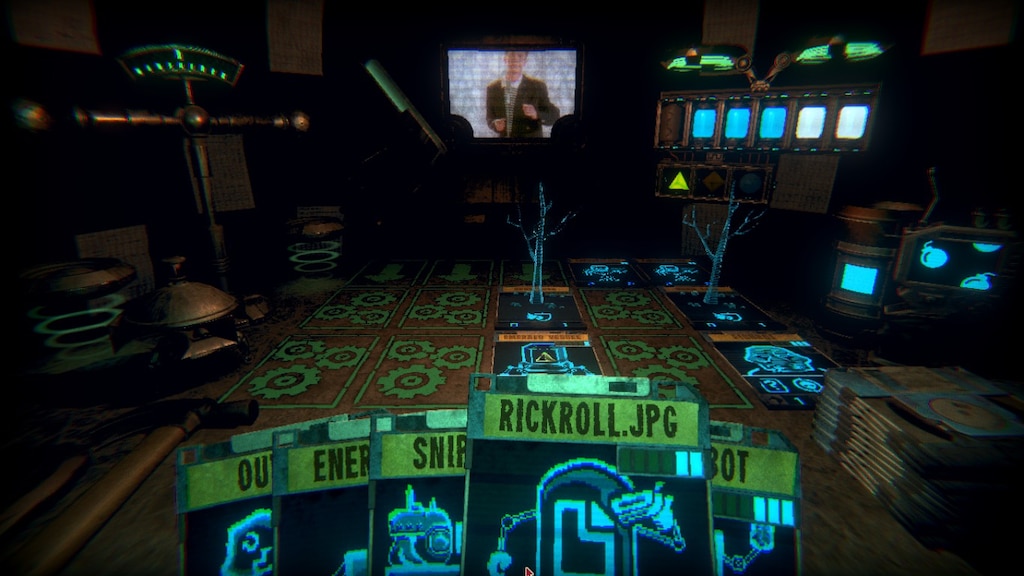 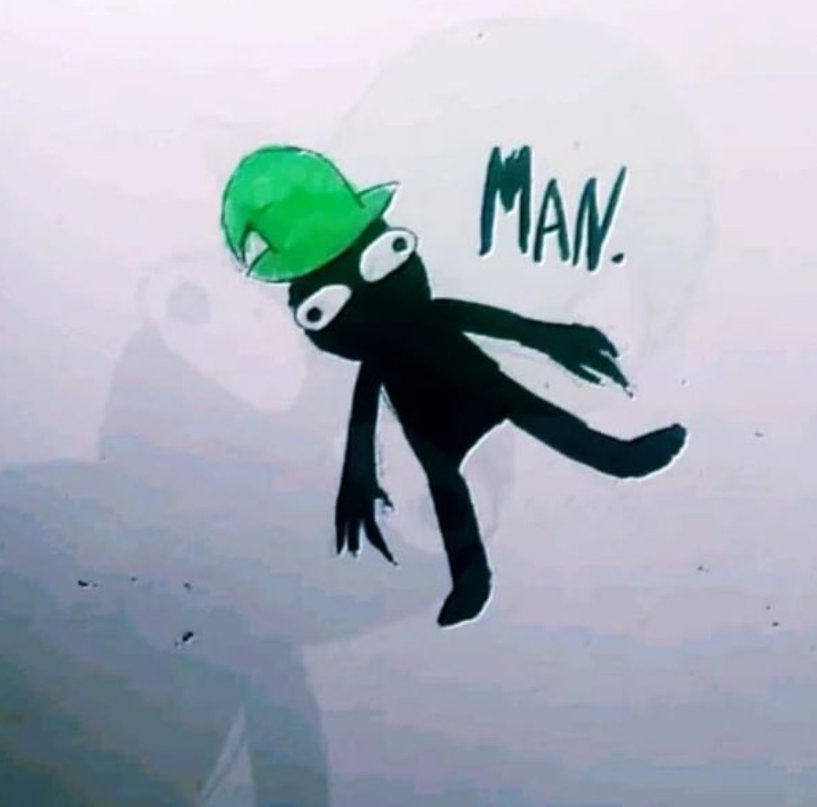 Recommended
56.7 hrs on record
The 3rd major release from Daniel Mullins Games is a chaotic, lore-driven new take on deck building genre and it is extremely successful at everything it attempted to either recreate or create from scratch.

Obligatory spoiler warning. The less you know about Daniel's games, the better.

Gameplay
Inscryption's gameplay constantly evolves. If you are unfamiliar with his previous games, what is shown on the market is just a small part of what the game actually hides deep within. The game has three main (four if you count the finale which has several treats for the player) stages, each distinguished by its visual and gameplay. The core gameplay always remains the same: Reach five damage points towards your opponents' counter to win. This gameplay is first welcomed by, as many of the game journalists have claimed, the "escape room" level hosted by one of the main antagonists. The visuals, sound effects and the music (compsoed by the incredible Jonah Senzel) are fascinating. The immersion is so successful that you can understand something a lot more sinister going on behind the curtain. The first act does not provide you the "freedom" of deck building entirely when compared to Act II, but you still get to build your deck to claim your own. First act follows similar to Slay the Spire, the more you win the higher you climb towards the map and eventually reach that level's boss. There are various puzzles in the first act that adds a little bit of extra flavour to the experience.
Act II transforms what the game has presented to the public into a retro, Pokemen-like experience. As far as I have read on Steam, this is where the majority of the complaints stem from. However, this is a Daniel Mullins Games and expecting a game that is exactly what it appears to be does not fit to Daniel's philosophy and this is why his "self-destructing love letter" to video games, Inscryption, was so successful. Act II gives the actual freedom of deck building and even extends the gameplay further by providing not just the card type from Act I but adds 3 additional deck types. Each deck is unique, takes a while to understand efficiently, and entertaining to test out. There are many ways to create decks that can create a combo, deal devastating damage in one round, and basically help you smash through competition. Two downsides of having such a massive shift and sudden gameplay changes are; I) You can be confused for a good while till you actually understand what is happening as this section; II) You can basically retry the same battle over and over again till you get a good starting deck at the beginning of each fight. The former is possibly the result of a very devoted developer who wants to add as much variety as possible without pushing the game too far, but as far as I (and many other players, content creators, and so on) can tell, Inscryption has 3 games stuck in one. Players like me who love Daniel's storytelling and development philosophy will inevitably want more and more, but some may find it tiresome. The latter is a general issue for anything that involves luck, so I don't think there is much mentioning regarding it.
Act III follows the footsteps of Act I in terms of involving only one deck. The game once again returns to 3D gameplay as it prepares itself for the grand conclusion. The boss fights, just like in Act I, are very creative, colourful, and feel "alive" instead of being simple gameplay elements required for progression.
The finale still surprises the player by providing not one but two different gameplay styles, albeit they are cut short due to the self-destructing finale. :)

In short, the gameplay is extremely rich, ever-expanding, and absolutely fun to discover as it provides more. Such richness and constant changes, however, can be slightly distracting for some players.

Visuals & Sound Effects
One of the main reasons you are directly pulled into the Inscryption's crazy world is because of the fact that the world surrounding the player is evolving depending on what Inscryption tries to tell in terms of its story. The leading "character's" (antagonist) hegemony decides the dominant art style and visuals. Sometimes you are walking on wood planks are creaking, sometimes it is the metal surface. Sometimes it is the retro sound effects that make you feel the nostalgia and sometimes it is the great shift in music that makes you feel something far worse is ahead. Combination of such artistry with such musical components just allows Inscryption to deliver exactly what it needs to deliver at the right time.

Lore
A certain evil-doer from World War II, nukes, corrupted game files, and more. Honestly, it is hard to explain. This is not your average card game. Play the game. The less you know is better.

Conclusion
Inscryption is groundbreaking. It is a fresh take on deck builders and a massive success in every aspect it involved. Compared to Pony Island and The Hex, it has more of everything. Traces of a developer's enthusiasm and care can be seen at almost every corner of the game and it is also worth noting that despite having a chance not to, he went ahead and added an infinite-mode of Act I as a free update due to the high demand. If this is not one of the kindest ways to show how caring he is for his community, I don't know what is.

Inscryption is a must buy. 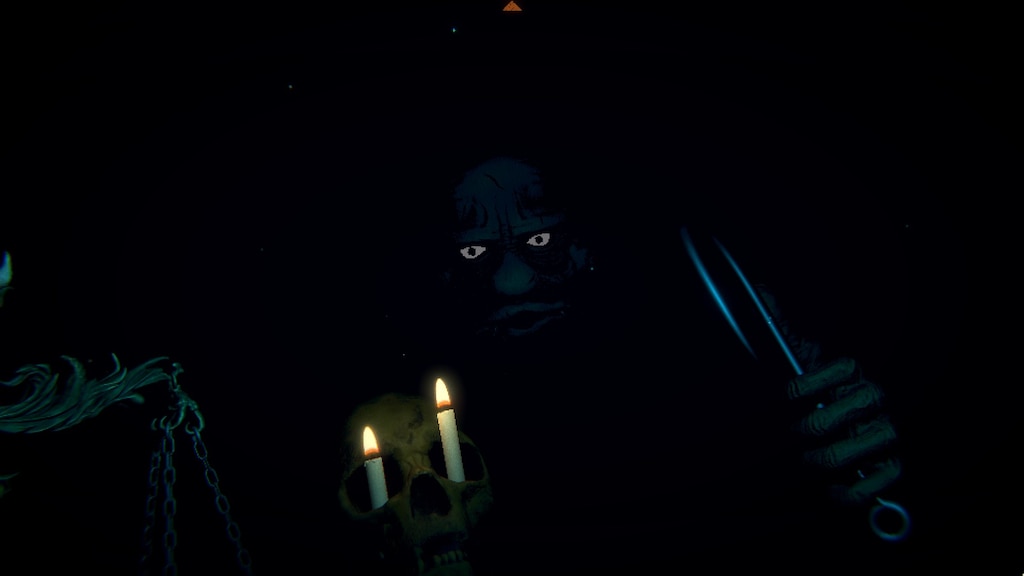 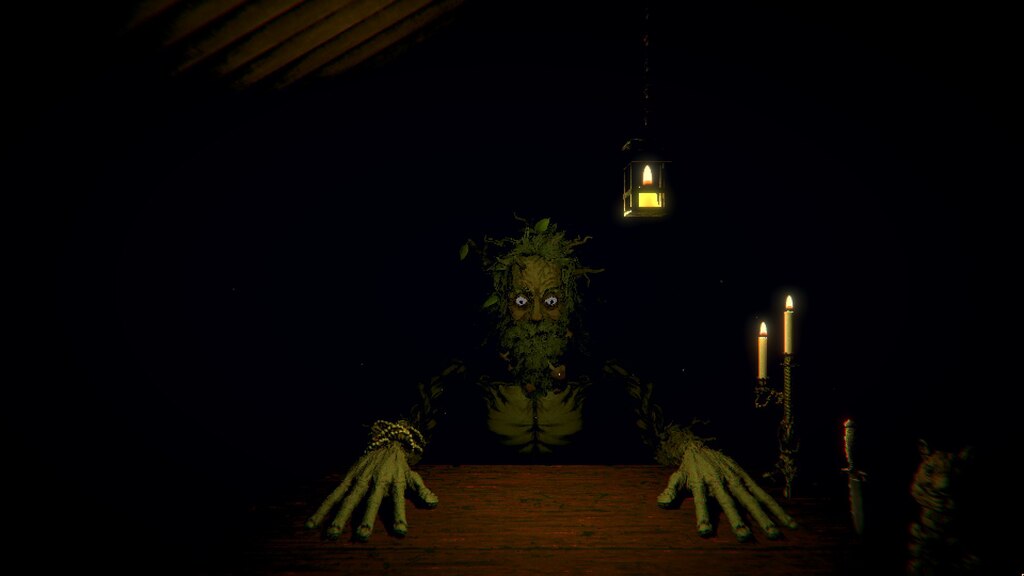 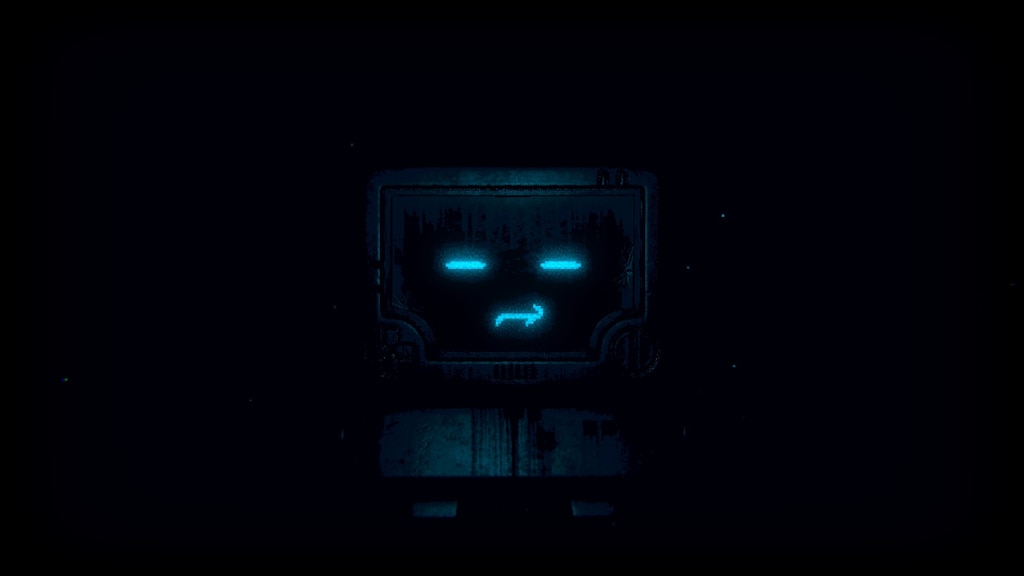 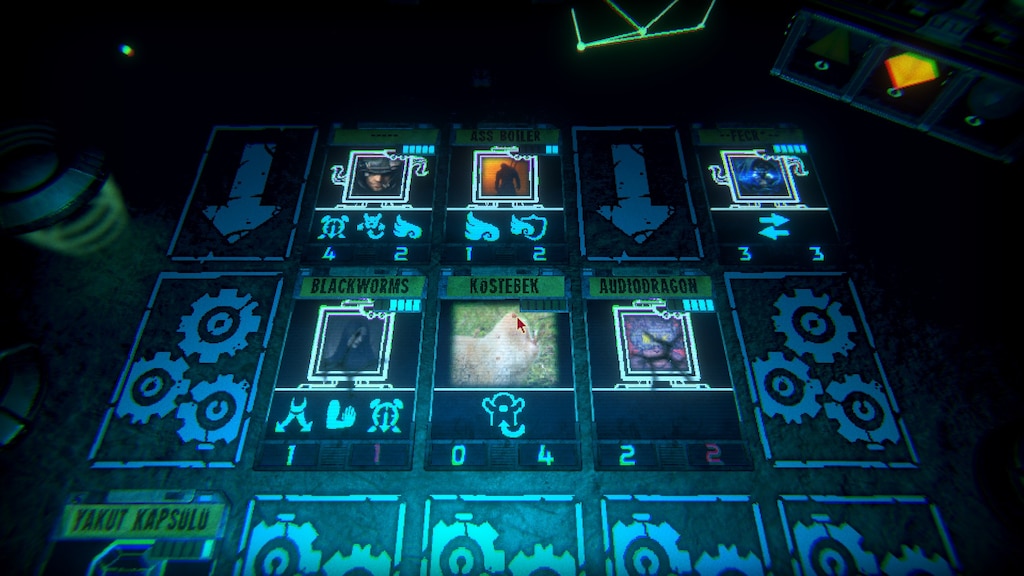 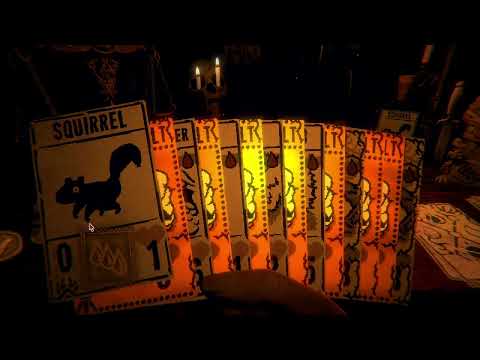 Assaulting the Storm of Skulls
A step-by-step description of tactics and strategies for obtaining the desired achievement (after the world's first steam achievement). 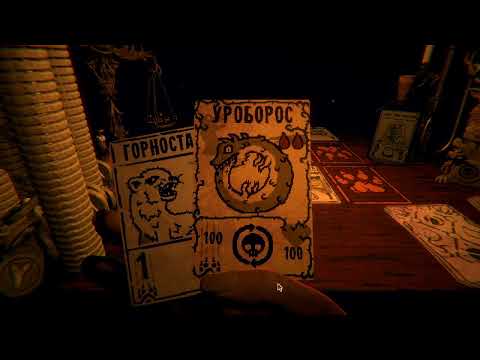 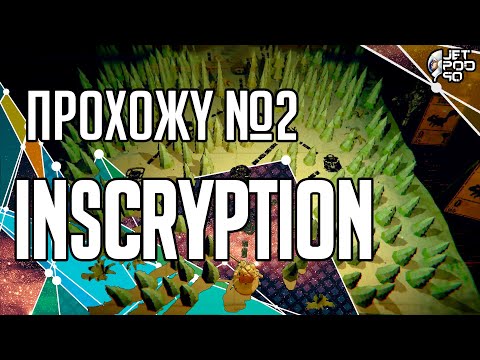 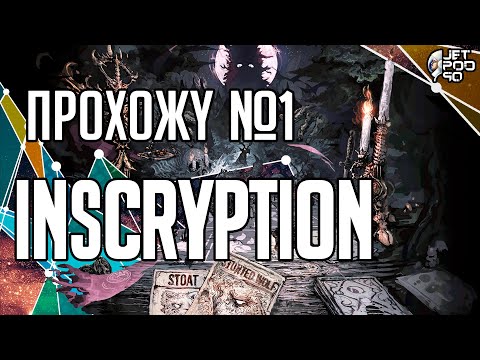 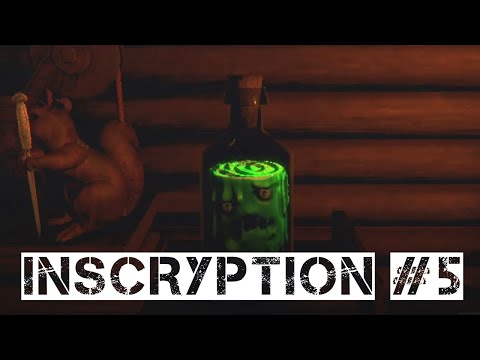 HozPort
View videos
Are you supposed to die fighting the Angler?
Myself and my associate sort of clapped him after he dropped 8 grizzly bears and it seemed like a scripted death sequence idk. We won but his eyes stayed red maybe we ♥♥♥♥♥♥ it
3

Hank J Wimbleton
24 minutes ago
General Discussions
The game keeps giving me completely unwinnable hands.
I'm not talking about the times where the game obviously cheats for the sake of progression. Just a regular card battle and the RNG hand that I'm given to start the match (which doesn't change at all if you save scum) is completely unwinnable no matter what combination of cards you try. Which causes you to fail, which causes you to lose your progress on the board and the cards. Progress should never be RNG based, I don't care if it's a card game. I can't progress to see story/puzzles if the game keep...
24

MrDugan
18 minutes ago
General Discussions
Feels like the game cheated
I was on the final boss for the first time and my deck was OP. I knocked out his first candle in 1 turn. then the prospector turned all 4 of my cards to gold so I couldnt do anything until he destroys 1 right? well the card he had on the board was a 3 attack flying card so I couldnt do anything but keep ringing the bell while he attacked me because he wasnt destroying any gold cards so I basically just sat there doing nothing until I died. seems like total BS to me....
9

denverdave11
Jul 1 @ 1:01pm
General Discussions
bug? matching mirror sequence with cabinet puzzle doesn't work
I've seen the cutscene with the mirror twice now and screenshotted the image to make sure I didn't get anything wrong, but even perfectly matching the sequence I get 0/5. Is the mirror sequence for a different puzzle or am I getting a glitch? I tried even reversing the sequence if it was backwards becuase of the mirror effect but it still doesn't work I've actually made more progress brute forcing it to 3/5 than I did following the instructions...
1