Wage epic turn-based battles as you follow Daryon and Selene on their quest to find a cure to the all-consuming Corrosion in this grand tale of hope and sacrifice, created by a small team of passionate JRPG lovers.
$29.99
Visit the Store Page
Most popular community and official content for the past week.  (?)
I want to stream this game, but it takes up a HUGE amount of my CPU usage
Hello. I have not encountered this issue with any other game before so I could use some help, please. I am hoping others have ran into this issue and found fixes. I have really enjoyed this game so far, although I am only at the start. I have been able to stream every other game I played even at ultra high graphics, all of them running smoothly and without taking up much CPU usage. Edge of Eternity still streams but there are random stutters here and there, even when I put it on the lowest graphics poss...
2

Crow Armbrust
View screenshots
Hunt-Queen Croctas
Cannot get to the area marked on the map . It shows a bridge on the map but I can't get to that bridge because there is a fence blocking my way. Any help would be appreciated a lot. Thanks
2

T.J.
Oct 2 @ 6:52am
General Discussions
Every battle start enemy spawn behind me
I start the battles with the dash on map to get the initiative. All Mobs are in front of me but then when the battle begins two monster infront of me and one behind me. Why???????? I used the tactics that selene stands one nexus behind daryon that work sometimtes but then a enemy is not in front of me. He is behind me why i thinked it should work that he stand where he was on the map??...
1 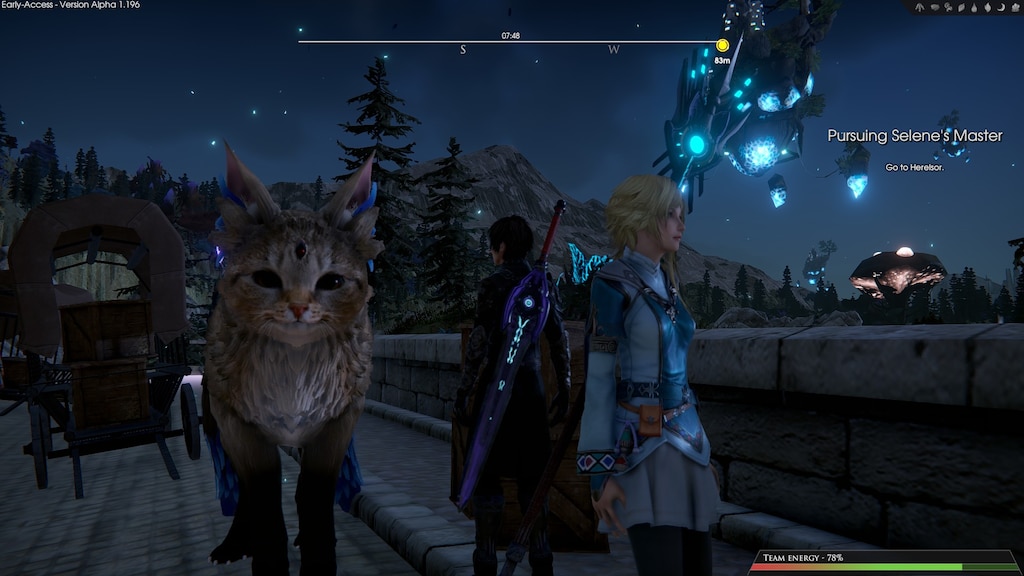 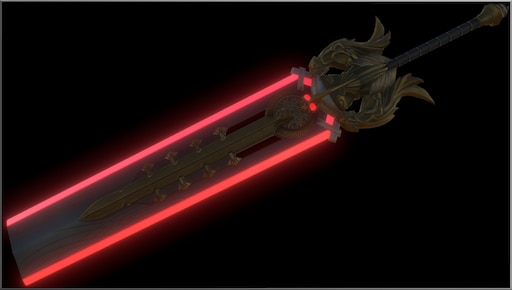 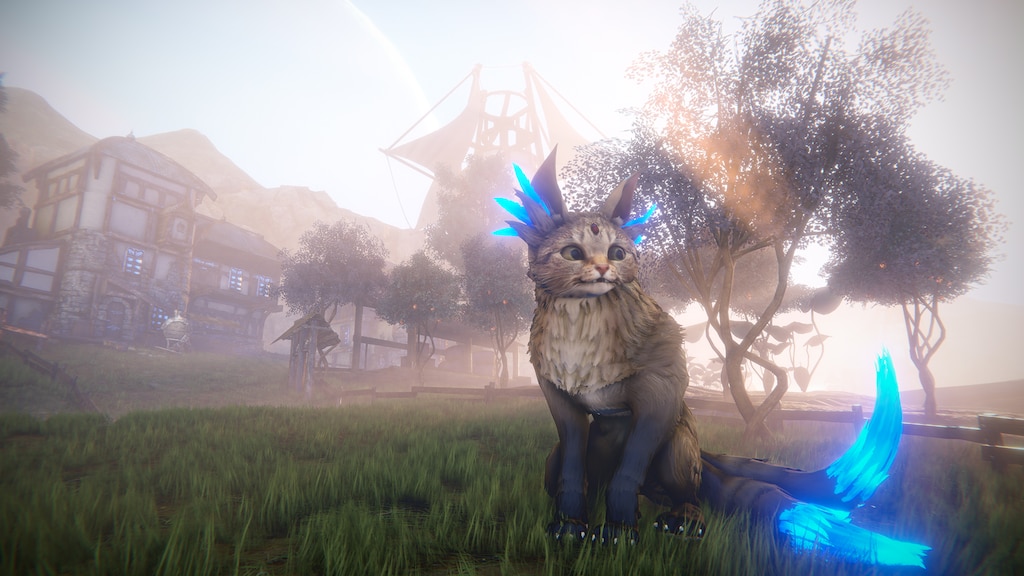 Crystal Fruit Guide
now including all 100 Crystal Fruits. Thanks a lot for everyone helping out :) It seems Chapter 7 fruits are now available right from the start. So please check both maps. Sadly there seems to be a bug with some fruits being already picked up or not ...
67 ratings 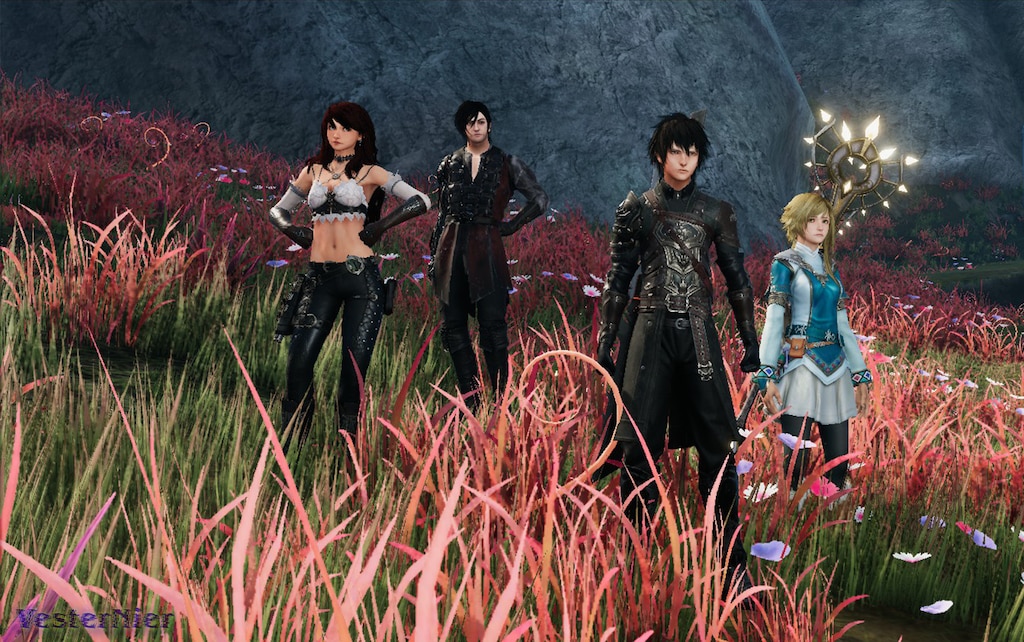 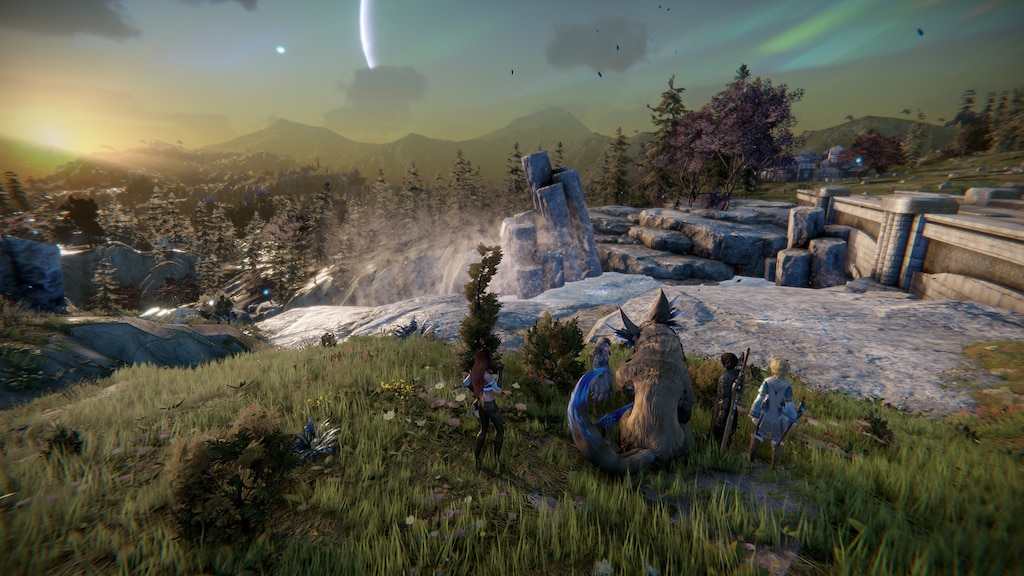 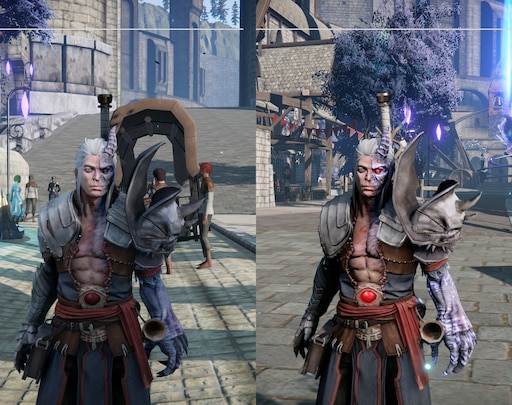 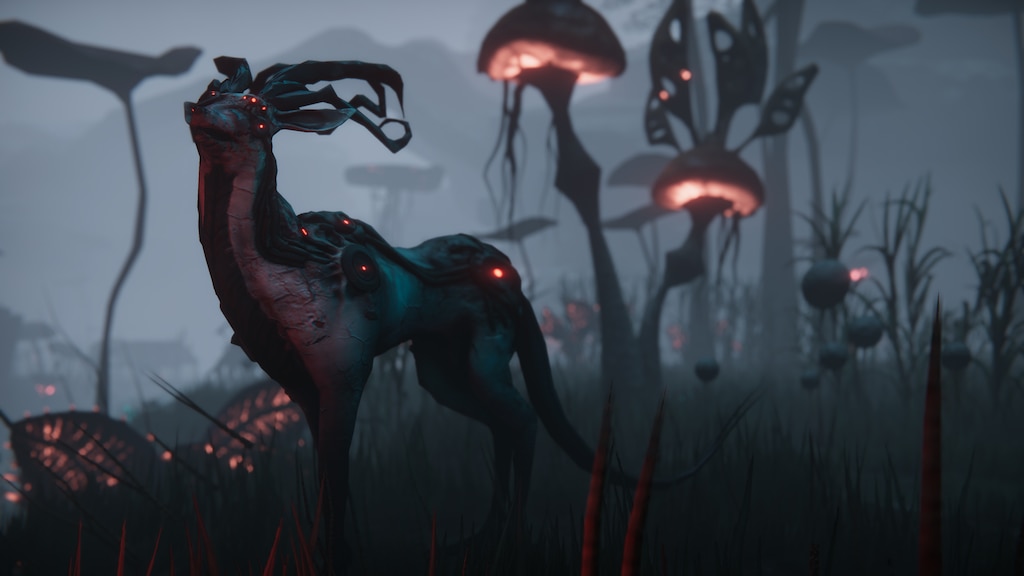 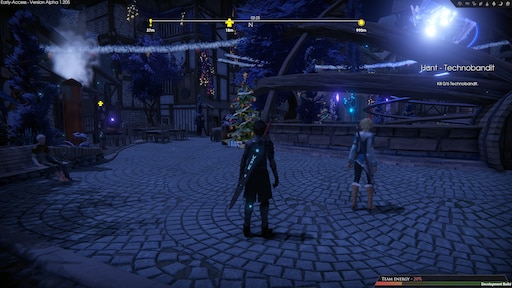 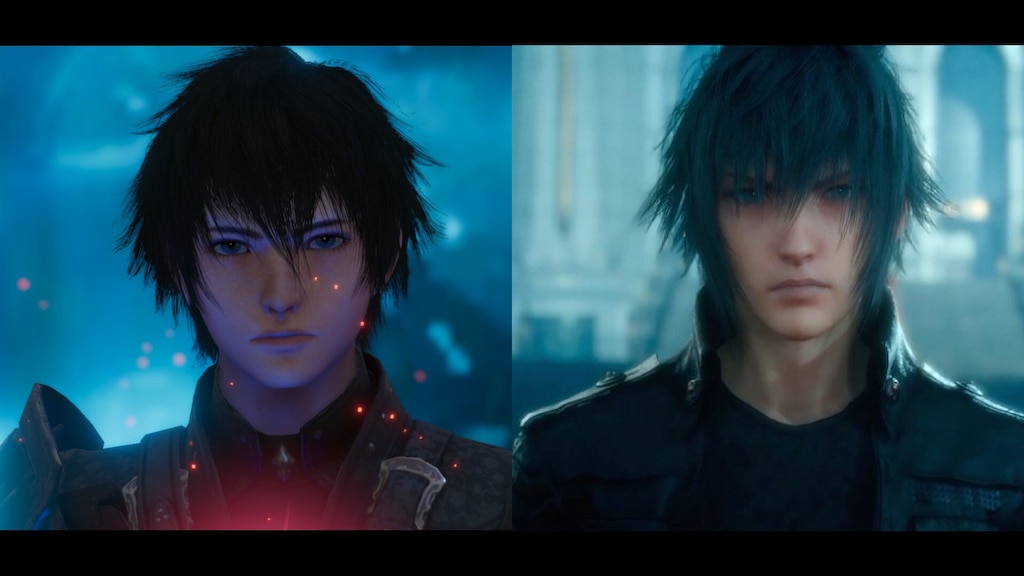 Disembodied Guide ("Grave Robber" Achievement)
This is a guide for the "Disembodied"- Quest you get from Juli.
25 ratings 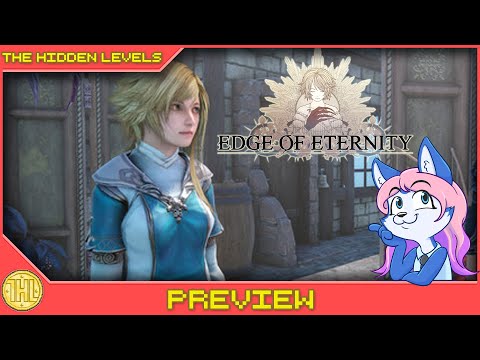 Kitty Skies
View videos
[EN] Community Feedback: Help us make Edge of Eternity Better!
Hello Edge of Eternity's community! The team really wants to thank you for your support and your patience for the Edge of Eternity project. As you know from the Kickstarter, your opinions and feedback have been very important to us. Today, we need your h...
425 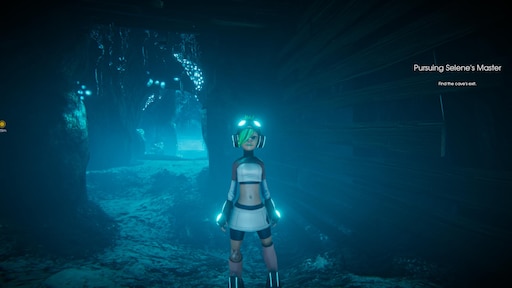 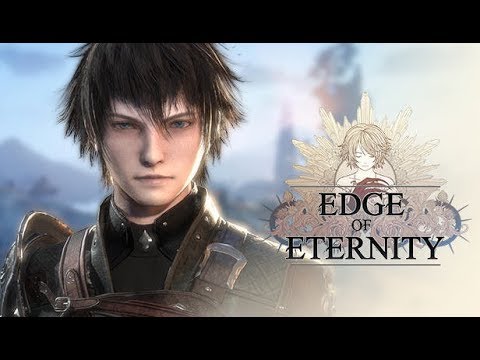 Twitch Features: Streamers! Turn your viewers into active members of your journey
Edge of Eternity propose participative features wich allow your audiance to have an impact on your game flow. Follow this guide to discover the various features the game has to offer. 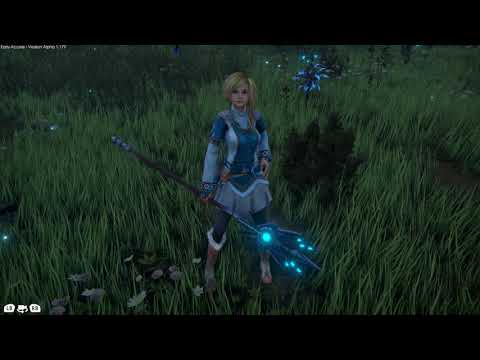 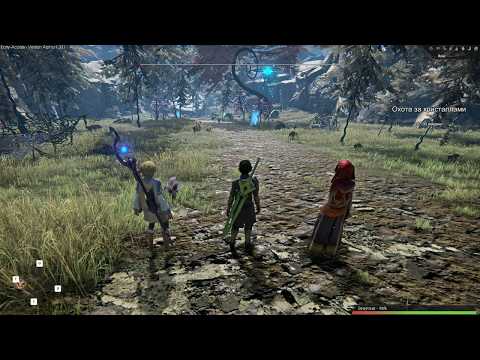 Not Recommended
6.7 hrs on record
Positives
+ Parts of the game, specifically the more colorful environments, look really nice and vibrant. This is in stark contrast to areas with more muted color palettes, such as snowy regions, where the quality of visuals takes a deep dive.

+ Music is par for the course for most other fantasy JRPGs with delicate strings playing alongside melodic flutes. It's nothing I haven't heard before, but is beautiful and familiar nonetheless.

+ Energy system is a nice change of pace from other games in the genre. Essentially, your party is filled up to max HP and MP at the start of every fight as long as you have energy in your party's shared energy bar, which you can refill by resting at camps or inns. This allows for more freedom in how you approach each encounter without having to micromanage your supplies. Go into every fight casting all your fancy spells without care!

+ Weapon gem system allows for a bit of easy customization with branching paths of gem slots to be filled with gems of different colors, stats, and added spells. These gems can be swapped out at any time between fights, which is a nice noncommital way to give players different ways to approach combat.

+ English voice acting is above average for a JRPG.

- Large portion of characters fall into the typical, young, similar-looking anime style. I appreciate that the devs took a more "normal" approach to the character designs instead of everyone being flashy anime protagonists, but there is not enough uniqueness among them. It's like the same body/face template with different hairstyles and voices.

- Sound effects are low quality and sometimes jarringly loud for no reason. The same can be said for character dialogue; the same cutscene will have two characters with clearly different volume levels. The whole game could do with sound balancing.

- The opening of the game is...rough. Visuals are poor, audio is buggy, characters are boring, and the tutorial feels a bit too "on-rails" to the point where I didn't learn how to really play with the systems presented until after the tutorial.

- Bonus fight objectives are sometimes impossible. For example, getting the objective "Kill at least two enemies in a single action" is impossible early game before you have any AoE spells. The game should have some logic to always give achievable objectives or don't give any at all if it rolls an impossible one.

- Map and minimap is confusing at times and will show wrong objective markers.

- The combat feels...off, like the game is stuck in an awkward space between a fast-paced tactical JRPG and a slower, more cinematic action-oriented style. It feels like it wants to lean into the tactical-style combat, but the UI is too slow and clunky for that, while the animations are too rigid and snappy to give the combat that "wow"-factor that keeps you coming back for more.

Response to Developers
I greatly appreciate the developer's response and commitment to improving the game. It's refreshing to see developers that are not afraid to interact with the community and can address criticism professionally. The core concepts of the game are good, and will definitely be keeping an eye on future updates. I'd be more than happy to give this game another shot.
A developer has responded to this review

Recommended
13.5 hrs on record
I enjoy the game play and the story

thetasigma1324
58 products in account
0
Pause
Is there a pause option somewhere? Or am I being dumb and missing something obvious?
5

Meph
Oct 2 @ 6:24am
General Discussions
No one has rated this review as helpful yet

Not Recommended
7.0 hrs on record
There are much better games of the same genre. Save your money play something made by a name brand company