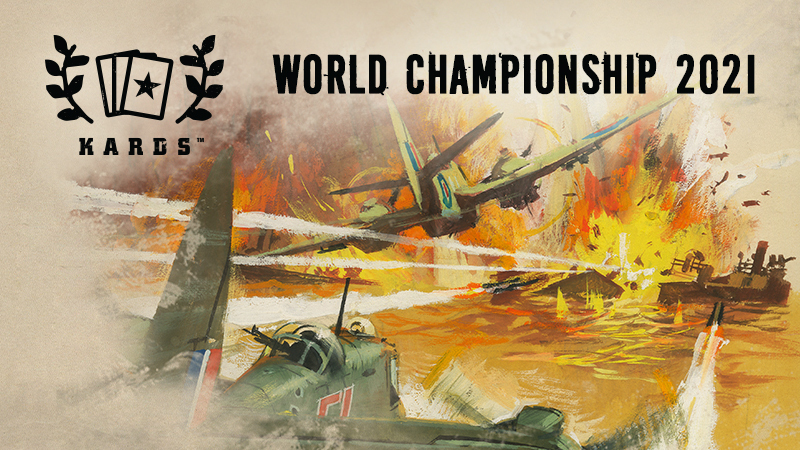 This is not a drill!

The 2021 KARDS World Championship Grand Finals are happening this weekend! Below you will find all the details needed to catch all the action over the weekend and get in with your own chance to win some goodies!

The Broadcast & Giveaways
All the action from the 2021 KARDS World Championship Grand Finals will be broadcast live, for your viewing pleasure on all of our channels (Twitch, Youtube, Facebook and Steam)! Most of the action will be happening on Twitch, because during the broadcast each day viewers will be able to enter a giveaway for packs, draft tickets and equipment simply by typing “KARDSWORLDS2021” in chat!

The 2021 KARDS World Championship Grand Finals broadcasts will happen on the 4th and 5th of December, starting at 13:00 GMT each day.

Tune in at 13:00 GMT on the 4th and 5th of December right here: www.twitch.tv/kardsccg 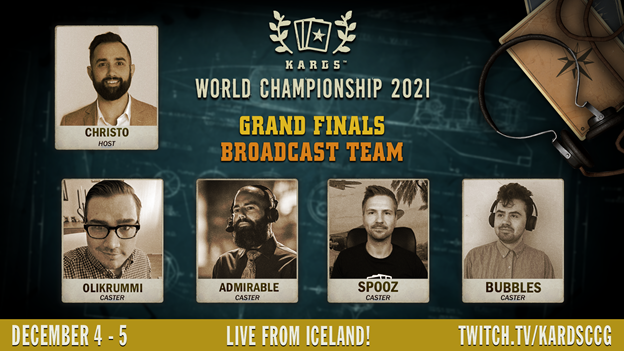 As always we have an ace team of commentators and analysts to bring you all the insights, knowledge and hype needed for a great time!

This time around, for the first time in the history of KARDS, the entire broadcast team will be physically present in the World Championship studio in Reykjavík Iceland!

The finalists
For the Grand Finals we have four veterans of the game facing off for the ultimate title in KARDS, the title of World Champion!

Viabator
Viabator is a veteran of the game, having placed 2nd in the first two seasons of KARDS ever held. Viabator stormed his way to a decisive season win during the third season of KARDS in June 2019. Having reached the pinnacle of the game at the time, Viabator took an extended break only returning recently, “just in time to win worlds”, as he says in his own words.

Jking7
Jking7 is a familiar name for anyone that has followed KARDS for the past couple of years. Having won 15 seasons of KARDS or around 48% of all KARDS seasons that have been played, no player wants to stare across the battlefield and see Jking7 as his opponent. He has also proven himself in a tournament setting and is currently tied for the most Officer Club Championship wins in KARDS history, having secured the title four times.

Darkness
Darkness is another long standing veteran of the KARDS scene, having placed near the top of the ladder more often than not and has secured himself three season wins. Darkness is a decorated tournament player as well, having won back to back KARDS Opens when they first began and secured himself in the top 8 of the Officers Club Championship on multiple occasions. Darkness is a prolific streamer (https://www.twitch.tv/darkness4gaming) and one of the more popular content creators in KARDS, allowing those interested to peek inside the brain of a top KARDS player.

Bison
Bison is the “youngest” player of the four in terms of time spent in KARDS, having played since February 2020 but he has been a regular near the top of the ladder in recent months. Bison might not have a season or tournament win under his belt, but this fired up Frenchman is coming for the win in the World Championship Grand finals.

Special Offers
Inspired by any of the decks in the World Championships? To celebrate the World Championship Grand Finals, we will be introducing special offers for each of the main nations. Each bundle contains wildcards and an officer pack for that nation. Don't miss out on the chance to steal a t and craft your deck. The offers are available in the in game shop during the Grand Finals weekend. 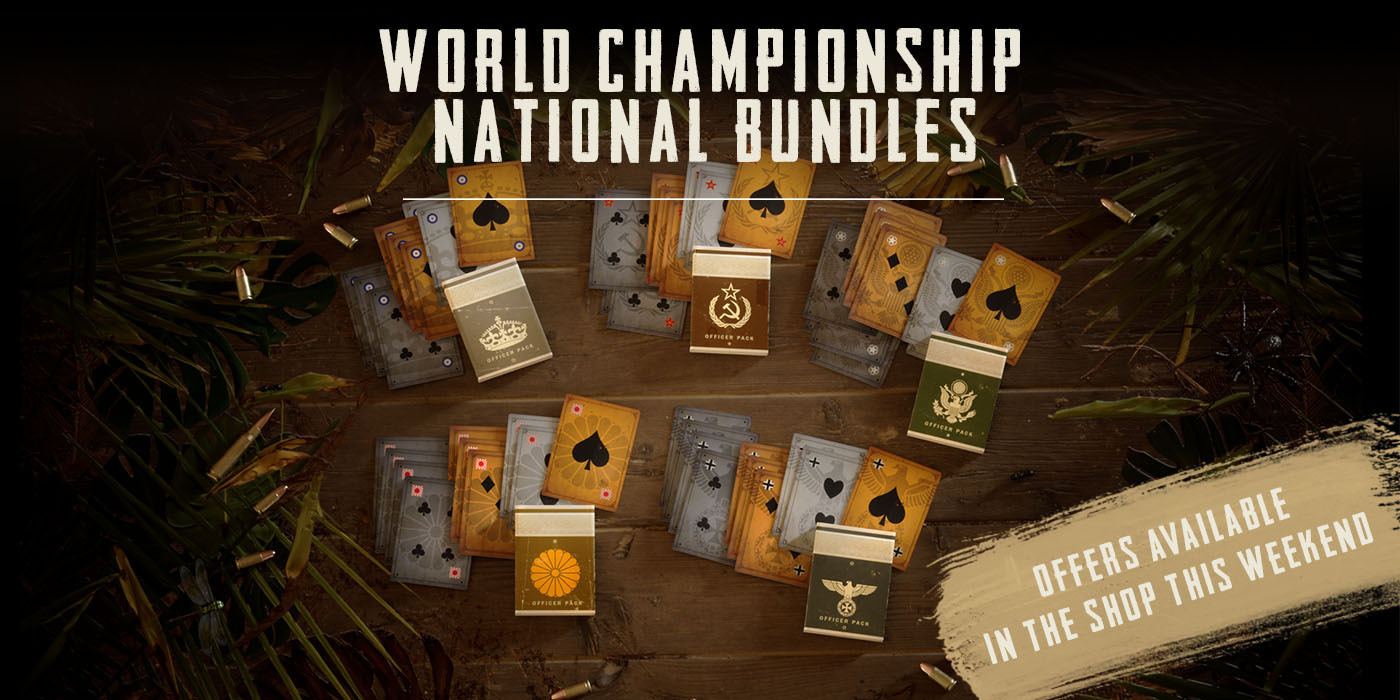 Make sure you don’t miss out on anything - Follow us on social media!

KARDS - The WWII Card Game
71
6
This game is good
Way better than Hearthstone. Hope we get more content soon like a 6th major faction like China or at least China as a support nation.
17 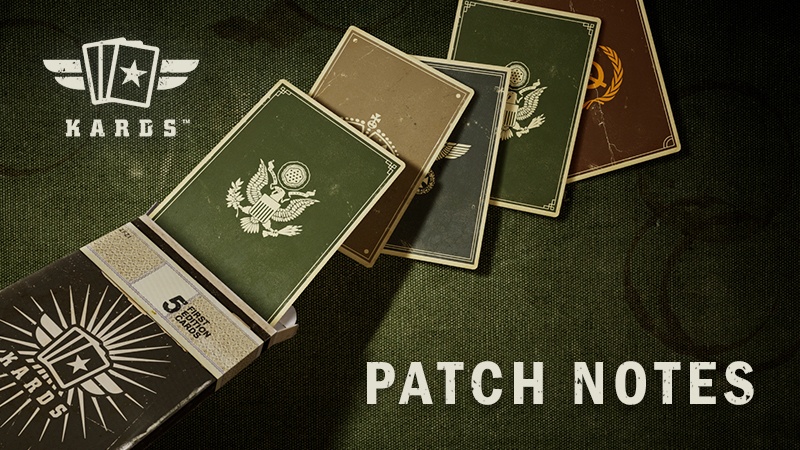 With great delight, we released a new patch on December 2nd to bring more deck slots and fix several bugs.

We are also preparing for the Grand Finals of the World Championship this weekend (more on this in a separate article) and the upcoming Winter Holidays.

All feedback is appreciated and most welcome. Please use the comments below or join us on the KARDS Discord[discord.gg].

We welcome your feedback! Please use the comments below or join us on the KARDS Discord[discord.gg]. 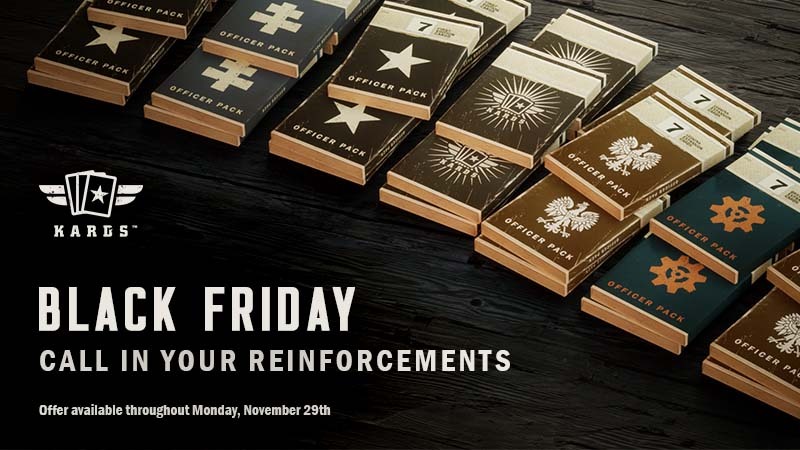 Call in reinforcements from all fronts and strengthen your troops with our incredible Black Friday offers this Weekend!

Great discounts on card pack bundles
Strengthen your troops with fresh forces and get ready for a large winter offensive.

Best of all? There is something for everyone: If you want to go big, you can! If you just want some top-notch discounts without spending much, go for it!

Save big with a 90% discount on our DLCs
As a special bonus, we have our great DLCs with a fantastic discount of 90% - this is the time to save big time!


As a reminder, you can purchase those DLCs only once. If you have already received them, you cannot rebuy them.

The Black Friday Offers are available only between this Thursday and Monday, November 25th to 29th. So, don’t wait too long!

New player to Rank 30, 100% F2P!
Tips from a new player who reached Rank 30 without any purchases, netdecks, or even crafting!
145 ratings

Auracle
View all guides
Getting elite card for second nation
How is it possible for some players to get elite cards for it's second nation in their decks? I know there are ways a there are cards that let you do that. But when you face an American deck with Germany as support nation and they deploy an elite German bomber. How on earth did they get that card in their deck. I can't find a way to do that. So please help me and try and answer these questions....
5 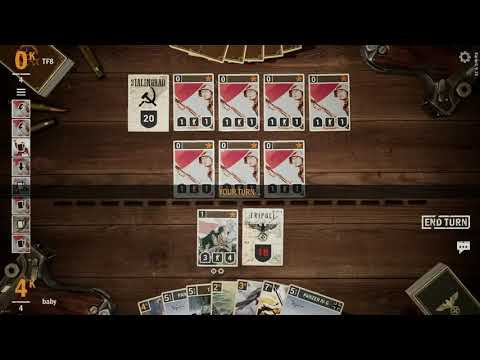 Kards basics and tips
Some general advice and tips. Sorry for the non-native English language.
58 ratings

To buy a campaign, or not to buy one?
Short answer: YES (but not for real money) Long answer: The campaigns provide ridiculously powerful cards (especially the soviet one). And what is even more important, they can be bought with IN GAME MONEY! Yes, 100 coins might seem like a lot and you...

Not Recommended
88.7 hrs on record
Well researched units, nice artwork, all round good game. I like it but it's like drugs....

They throw a lot at you for free in the first eight days to suck you in, then you hit a brick wall where not only is your only choice to pay and keep paying... it's random what you actually pay for. Good luck actually getting all the cards that everyone keeps spanking you with once you get out of the true newbie zone.

And to really rub it in you can't get demoted for losing games early on so you always get promoted out of the beginner zone and can't get back in. Sure, that protects true beginners, but it ensures it is impossible to only play against starter decks.

50 hours of play for me to hit the F2P brick wall, so if someone is reviewing it with less hours than that they just haven't got far enough yet.

Avoid this game for your sanity, sadly it's too late for me as I'm bloody minded :( Caveat emptor!

Not Recommended
1,525.4 hrs on record
This game is incredibly addictive and also terrible. Don't waste as much time as I have waiting for this game to get good. This game will stomp on your creativity like its a cockroach in the kitchen. I spent ages trying to build decks that weren't in the 'meta'. They never worked. I've been playing for two years and in that time the devs have taken precisely 1 strategy from the 'unviable' pile to the 'viable' pile. There are a select few strategies (arguably 2) that actually work, and you will get bored of these quickly. MtG is a good game. Go play that with a friend. This game will cause you to lose friends. There is no way to make friends during the game. The Kards discord is a support group for people like me, not a community. Because the devs barely involve themselves the community is a mixture of toxicity and then a support group to deal with the ♥♥♥♥. This game will give you 10 hours of frustration for every hour of fun. Don't do it. It is free - you get what you pay for. 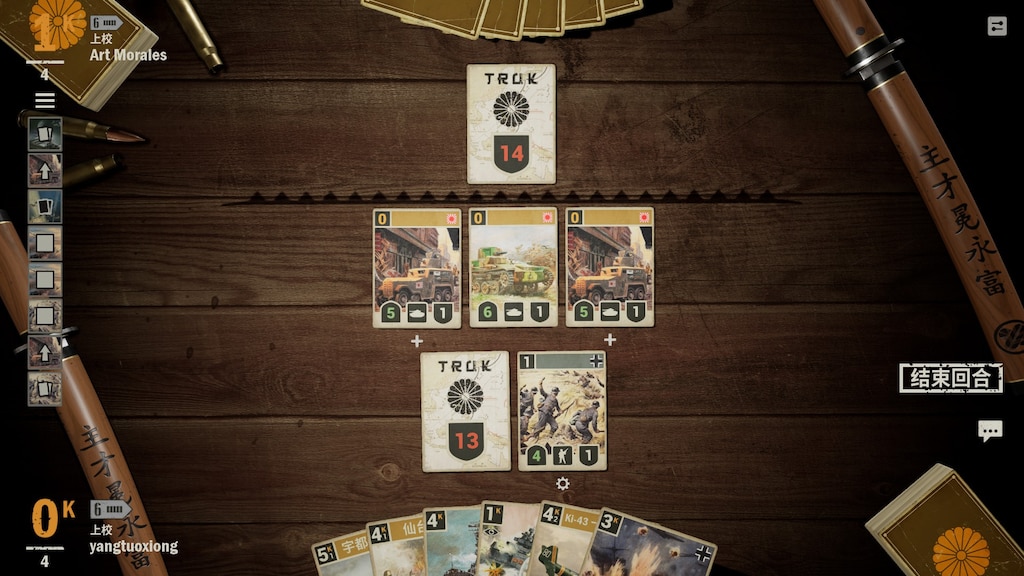 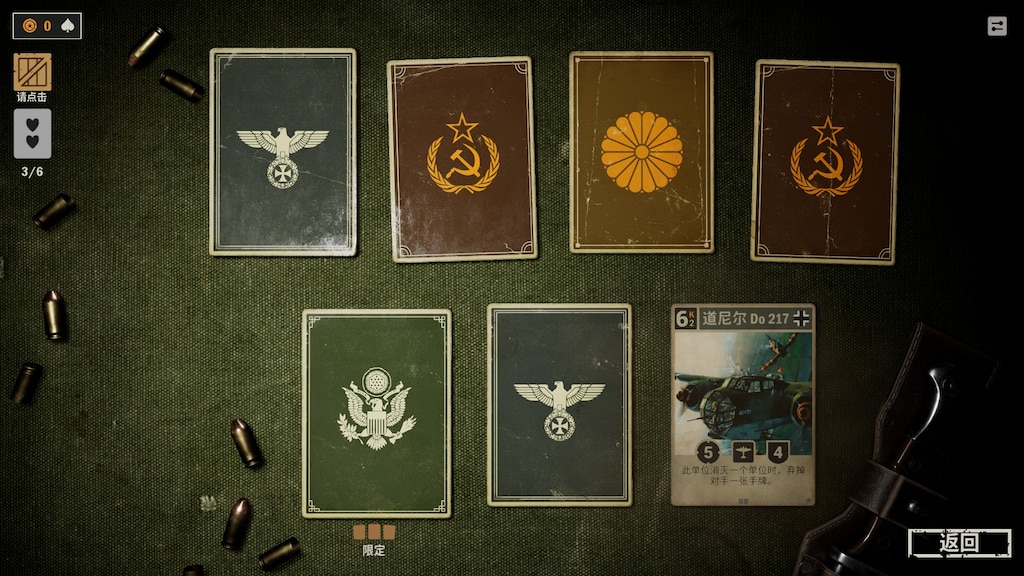 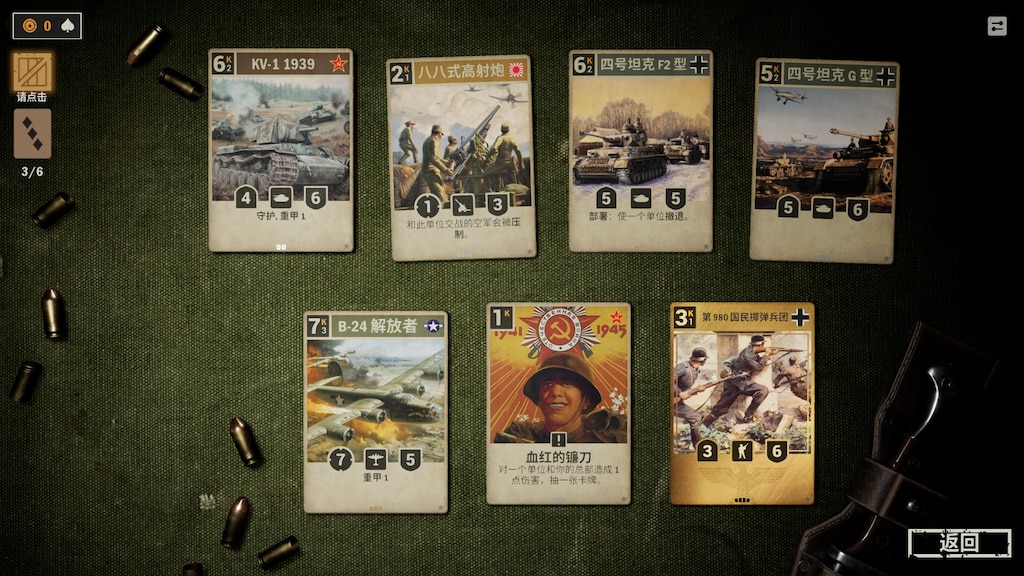 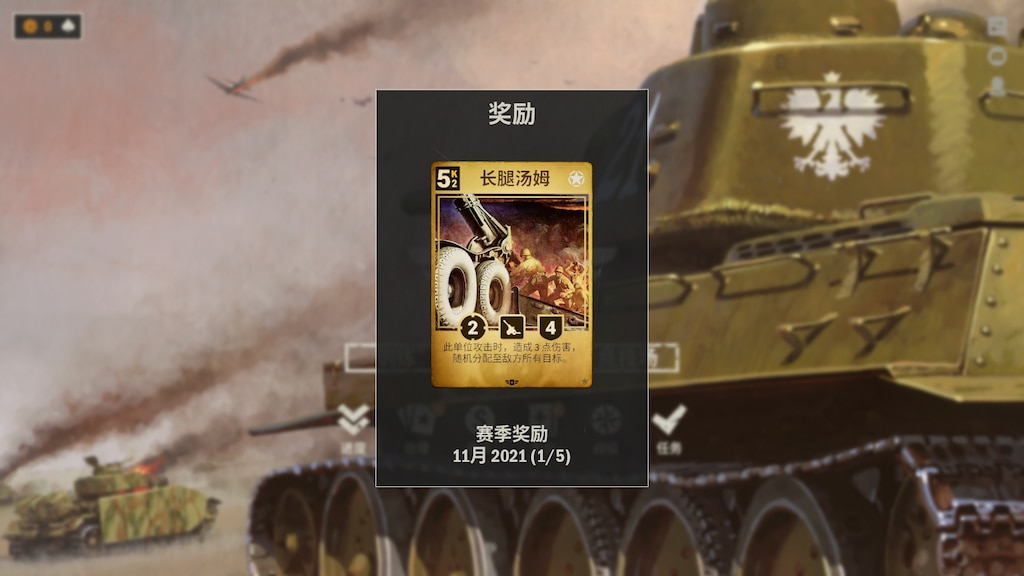 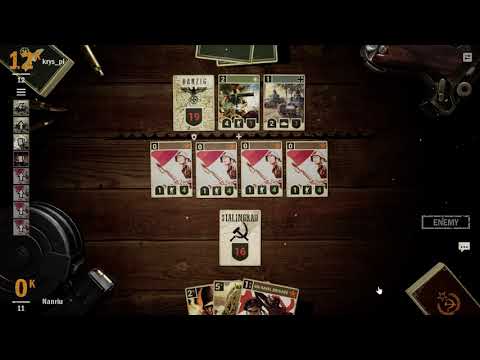 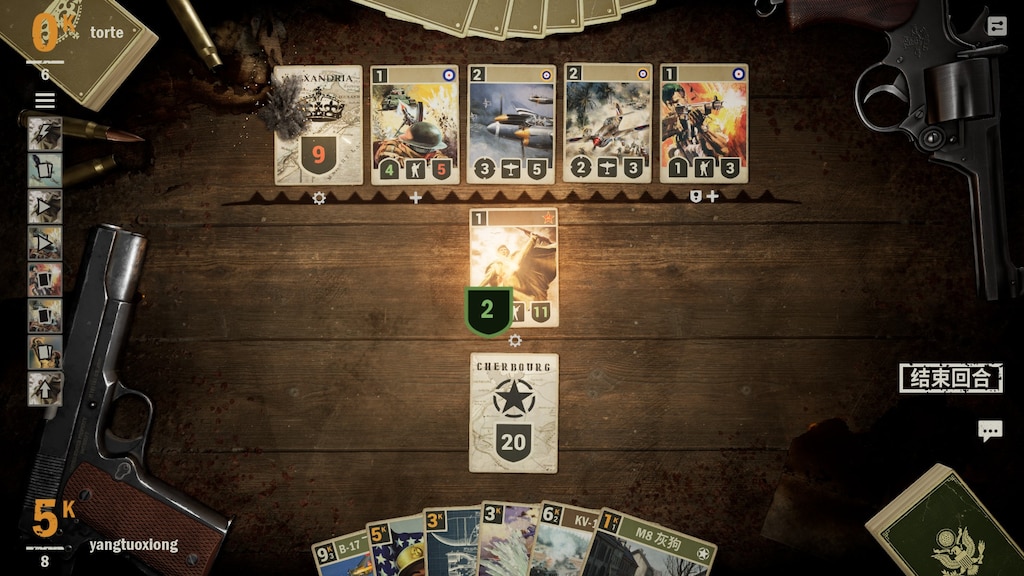 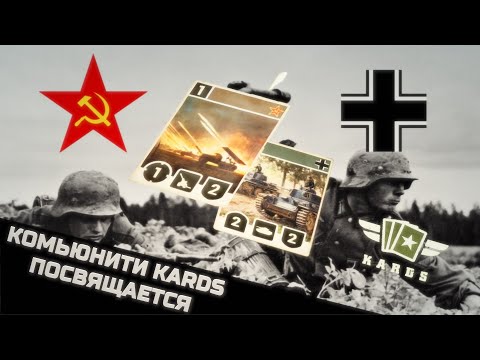 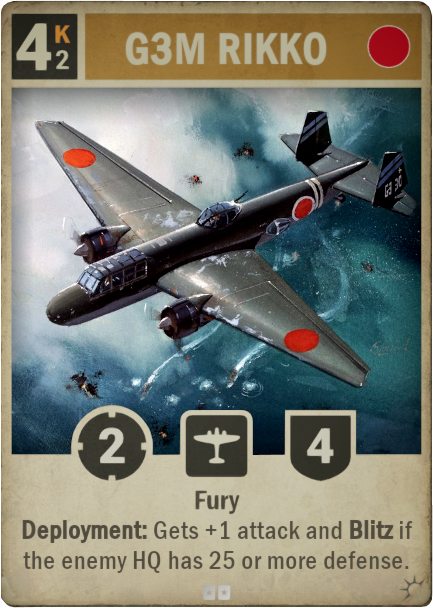 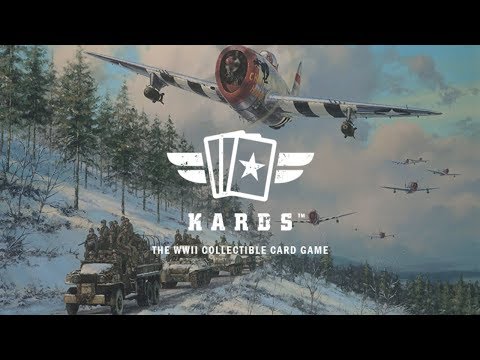 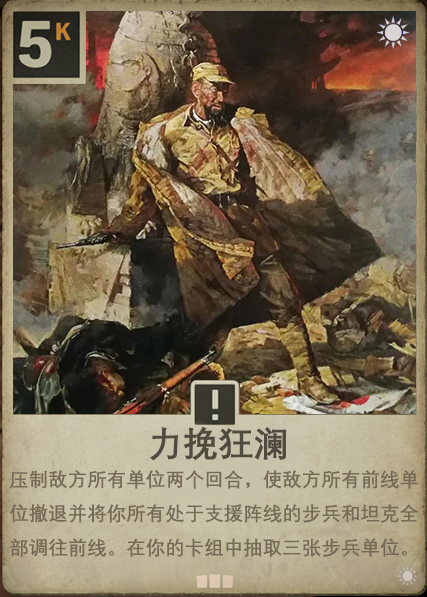 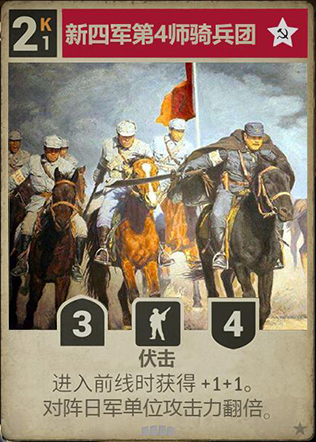 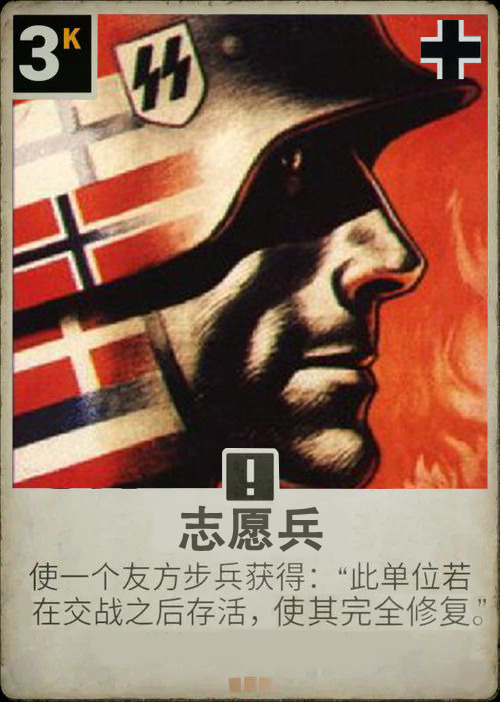 Secret Squirrel
Dec 3 @ 6:29pm
General Discussions
player is purposely delaying the game
Playing against player who purposely runs down the clock each turn, forcing me to either quit or waste my time. TeachingFelings - #3642. Please stop this nonesense. Provide a way to report people
23