Stygian: Reign of the Old Ones

Delve into a role-playing game of horror, loss and madness set in the strange worlds of HP Lovecraft. Stygian: Reign of the Old Ones offers a mix of rich role-playing and turn-based tactical combat, represented in an illustrative visual style. Can you find salvation in a dead world?
$19.99
Visit the Store Page
Most popular community and official content for the past week.  (?)
Nightmarish rogue-like title Lovecraft's Untold Stories 2 is OUT NOW!
Sep 13
Greetings everyone,

If you love Lovecraft and horror elements, and we are certain you do, since you follow Stygian: Reign of the Old Ones, you might be interested in a new game we've just published, being Lovecraft's Untold Stories 2!

It is a comic-style rogue-like nonstop action experience with a lot of Lovecraftian influence. Go ahead, watch the official trailer and learn more about the game! 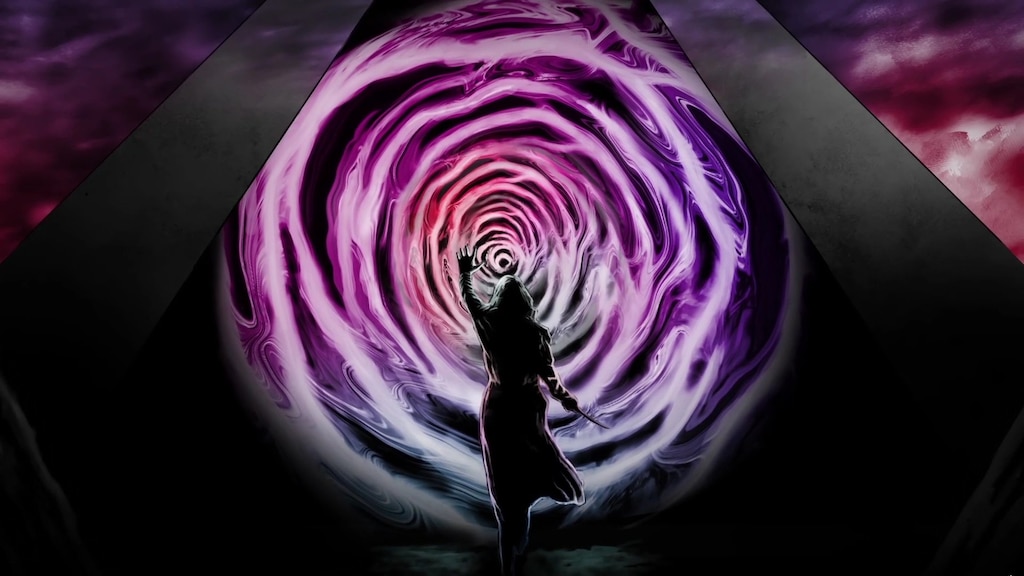 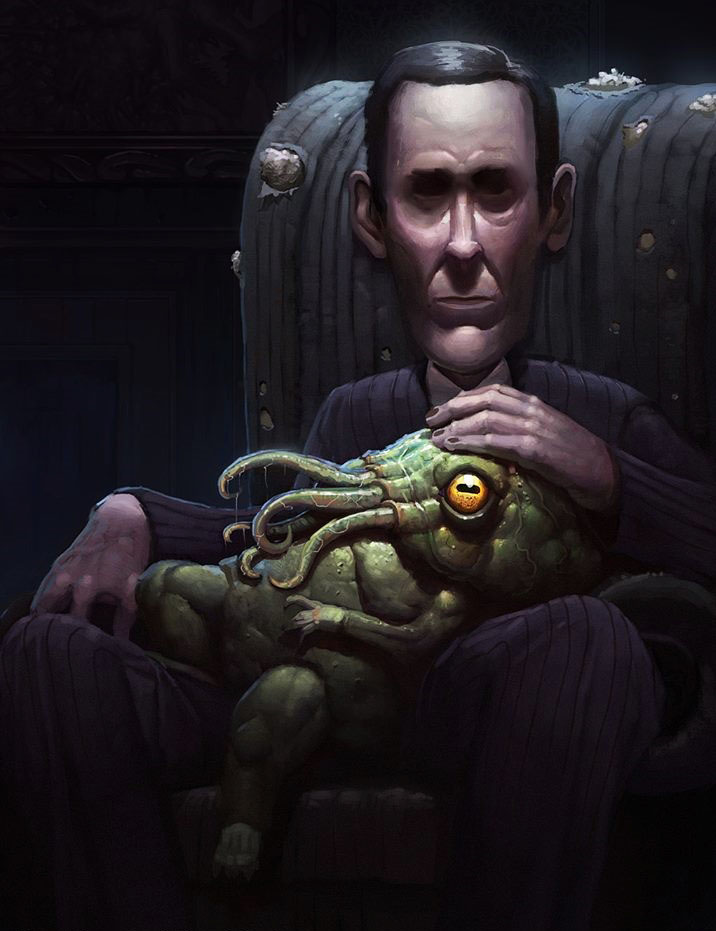 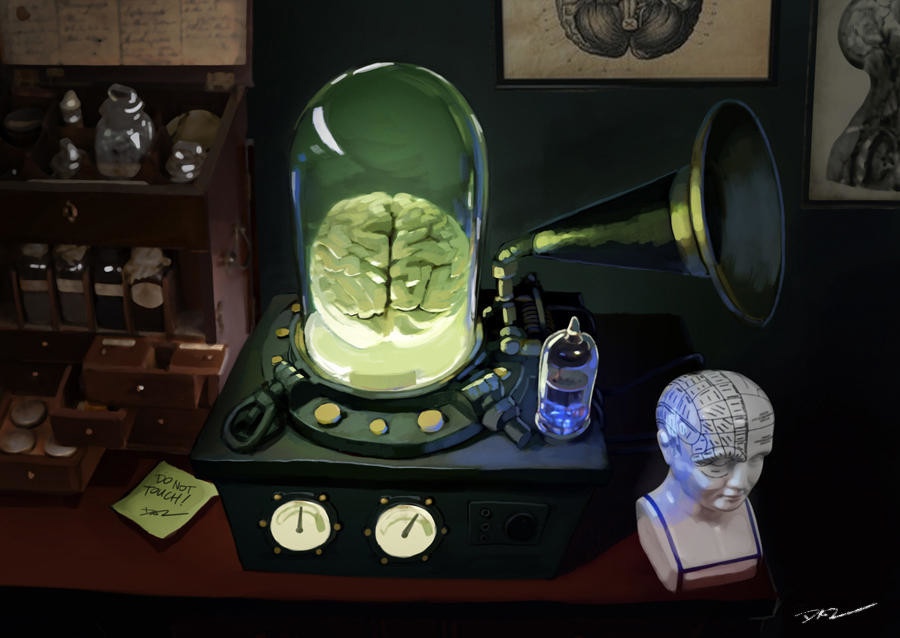 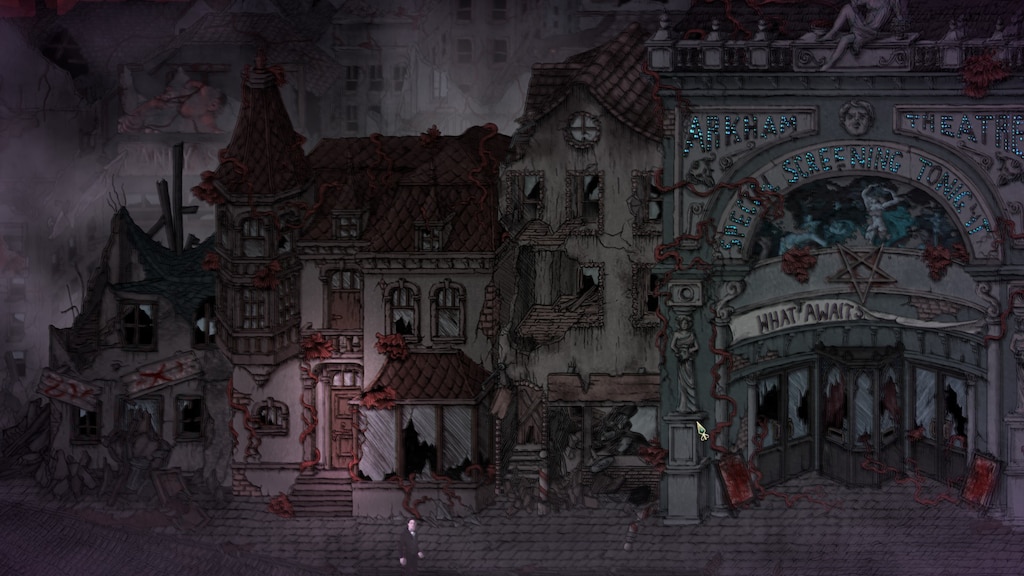 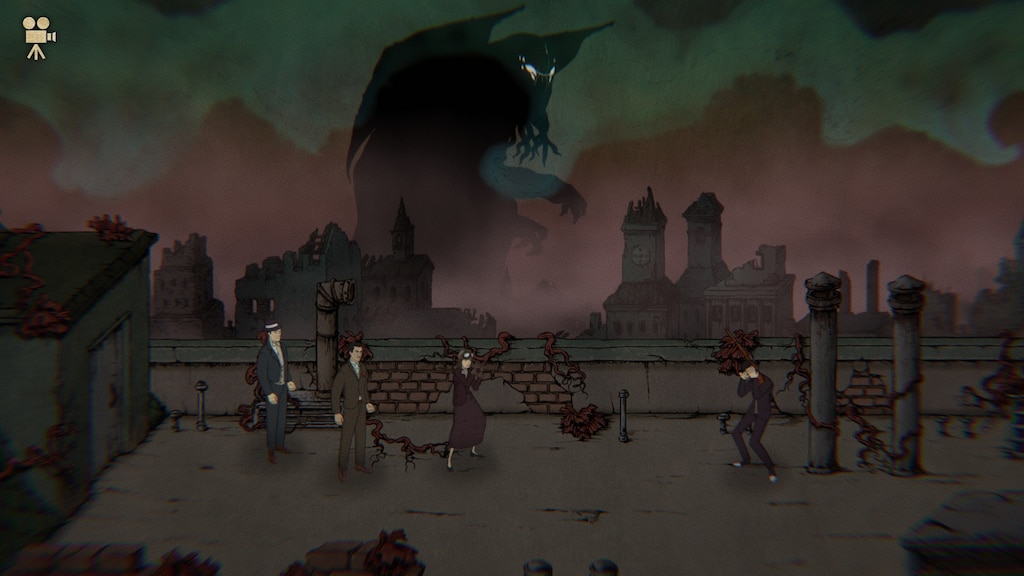 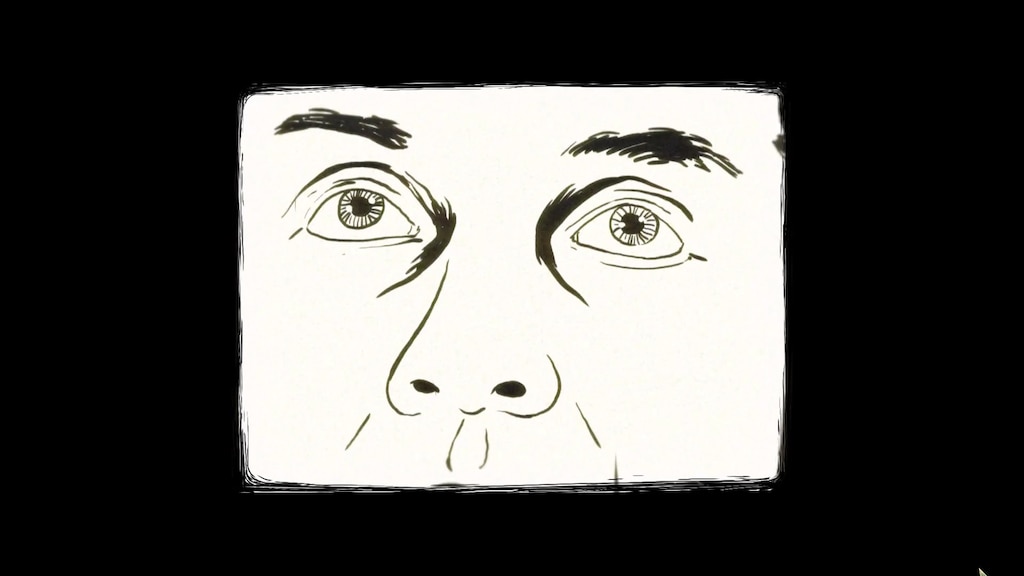 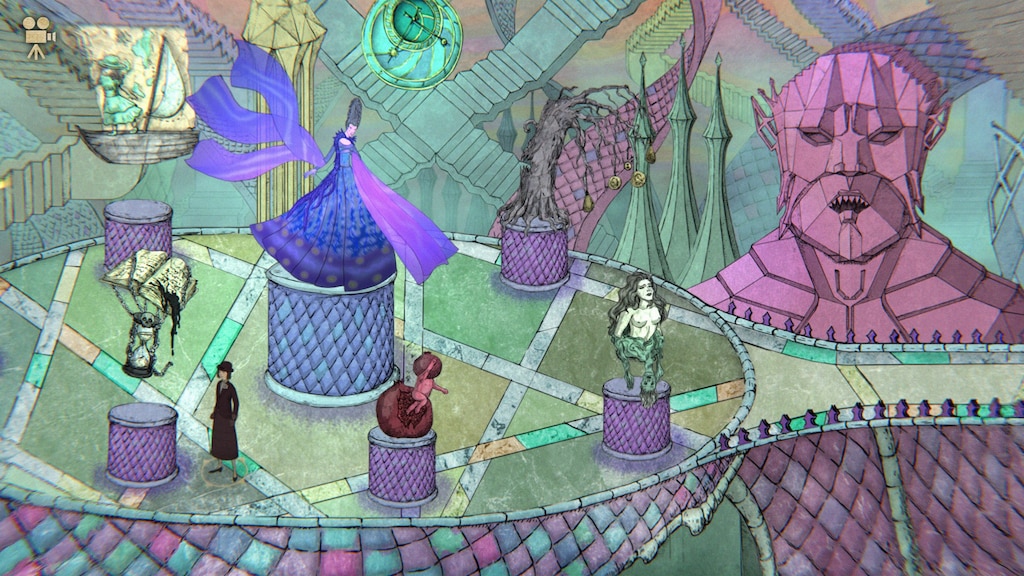 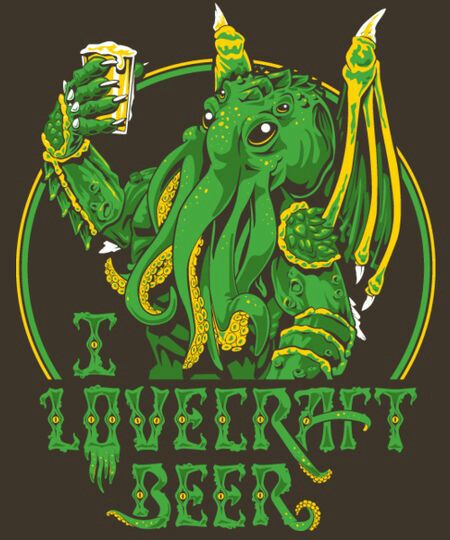 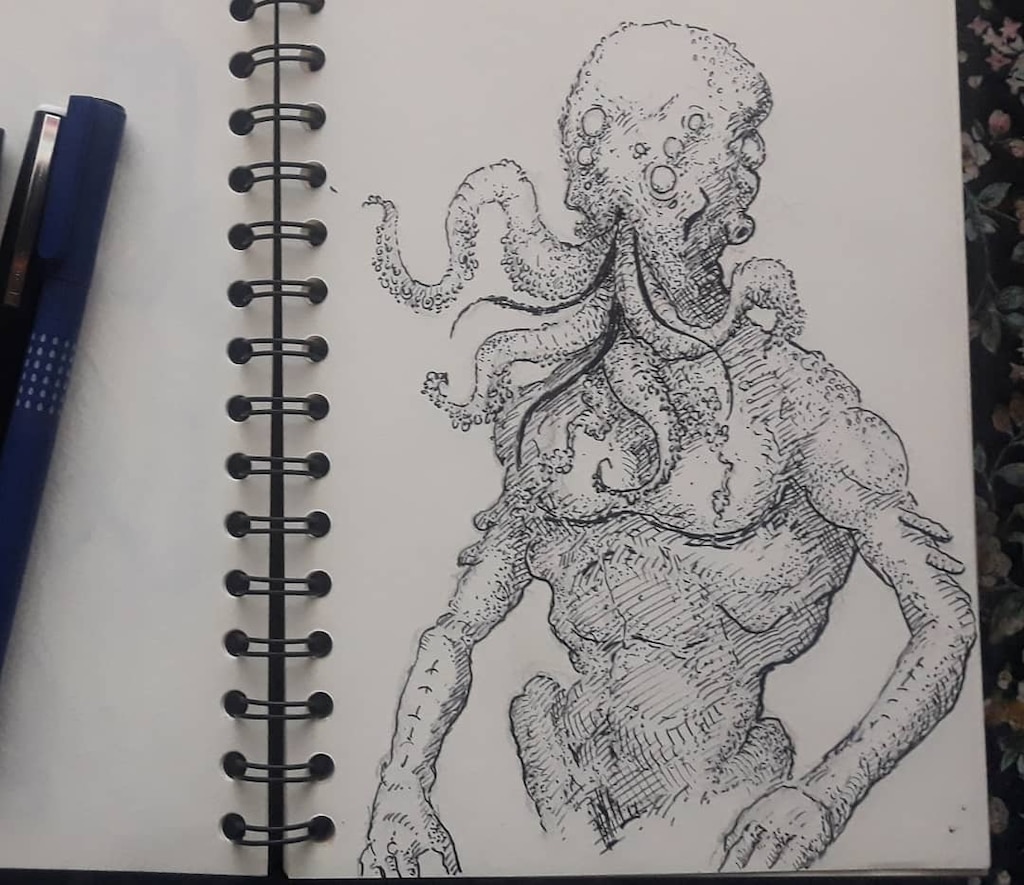 Character building for beginners
This will provide an overview of classes and skills and some tips for ways to build your character that will hopefully help people get the most out of the game.
49 ratings

Stygian Walkthrough
This will provide an outline of the major quests in the game, and how to solve them.
47 ratings 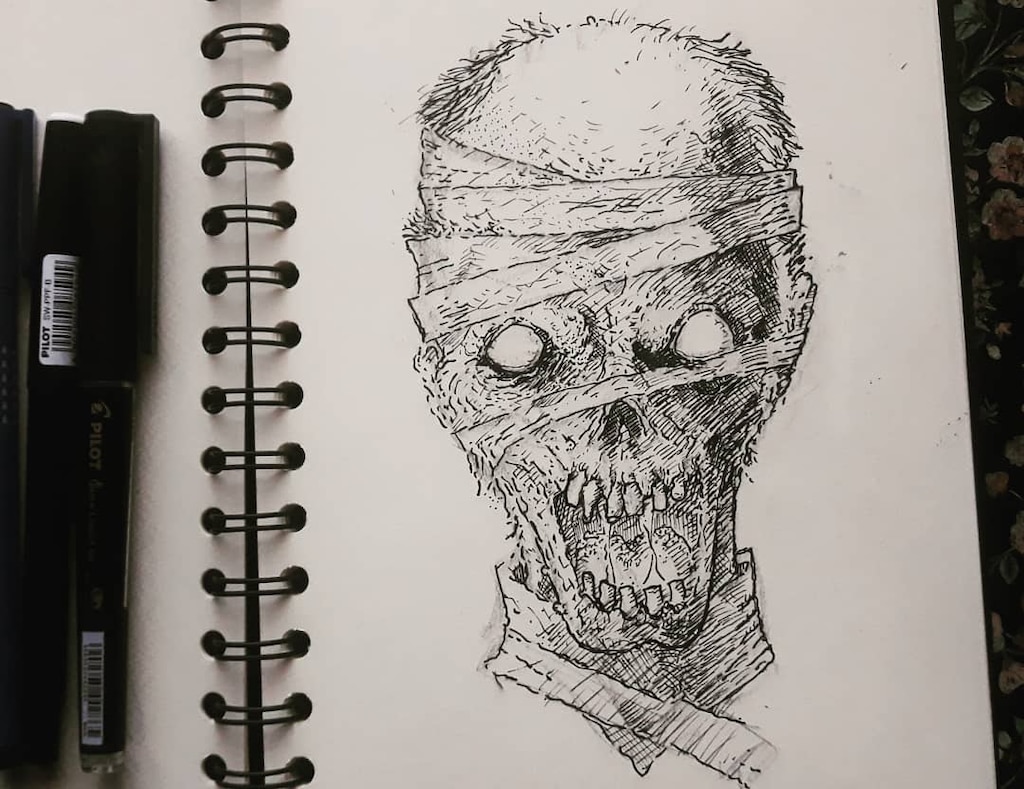 The Mogician
View all guides
Video 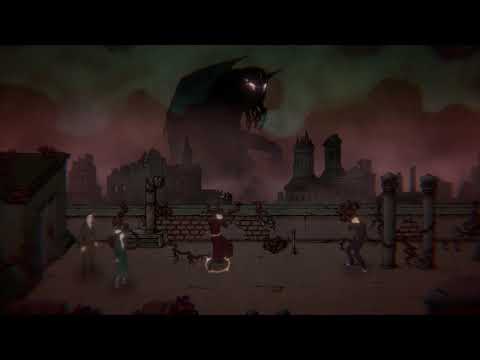 0
3
Stygian: Reign of the Old Ones [Cthulhu Awake] - Gameplay PC 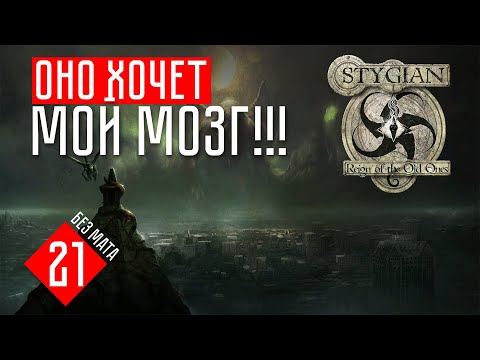 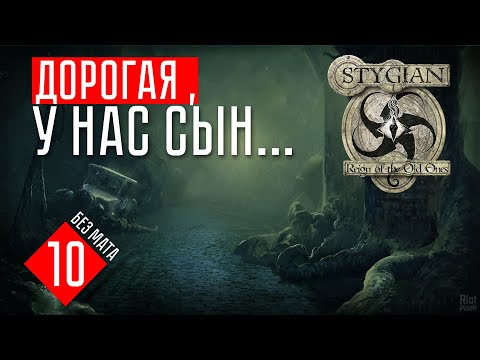 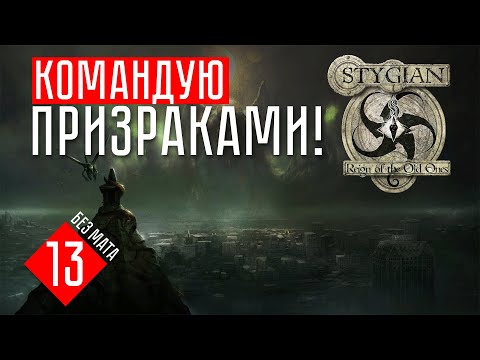 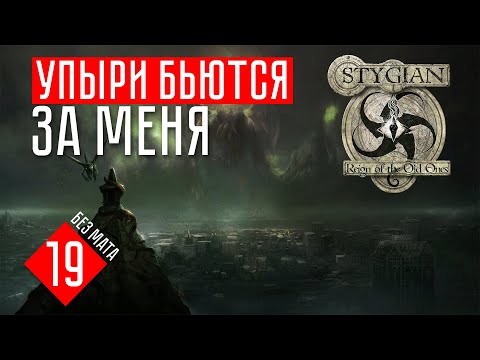 ☢ Выживатор ☢
View videos
Dev update and patch coming soon! - Chinese localization, video subtitles, character creation
Cult Brethren! First of all we want to start with a big Thanks to all of you who have supported us so far. All the feedback and comments that we have received since yesterday when we launched the game are the best boost for the team who has been working
135

1C_George
May 10, 2021 @ 4:53pm
General Discussions
Patch 1.1 Bug Reports
You can post any bugs or issues that you may encounter in Patch 1.1 under this thread to help us return to you with the necessary hotfixes.
110

Ashes
Sep 4 @ 10:35am
General Discussions
No one has rated this review as helpful yet

Not Recommended
21.0 hrs on record
Interesting game with a lot of promise, but can't recommend it in it's current state.

Stygian makes a strong first impression, especially for fans of the Cthulhu Mythos and turn-based RPGs, but like madness encroaching on a fragile mind, the imperfections and punishing difficulty slowly build until they cannot be overcome; at which point the game becomes a joyless slog.

It seems to be endemic of games set in a Lovecraftian world. The developers want to capture the oppressive and lightless tone of the source material, so they impose game mechanics that, in the end, just makes the game miserable to play. Stygian is a perfect example of this. It starts off strong with an interesting art style at times reminiscent of Edward Gorey or Charles Addams. The story has a good hook and the writing is sharp. You begin by exploring the husk of a town, Arkham, which has been transported to another unworldly plain. Cut off from traditional society on what has now become known as the "Black Day," Arkham has descended into ruin and madness. Controlled by a cadre of waylaid mobsters and beset upon by sinister cultists, the town at first presents a fascinating microcosmic Lovecraftian playpen. Getting to know the various characters and locations and discovering how your uniquely crafted character is capable of interacting with this damned hamlet provides a few hours of fun, but that fun is short lived.

Like other games set in this world, Stygian seeks to put the players in the shoes of a Lovecraft protagonist who is slowly being beset by madness and terror. As you play, your character will acquire negative traits. Unlike some similar mechanics in other games, these traits are wholly negative, offering no upside. By the end of my time with the game my character had accrued all the possible maladies and was essentially a shambling schizophrenic, drug addicted convalescent. My poor avatar was also riddled with disease, starving and exhausted. I actually understand why the developers would choose to funnel you into what seems like an unavoidable state of desperation and frailty. It fits the source material. But is it fun? In my case, it was not.

Perhaps it could have been had I buckled down, dug in and really applied my self to playing carefully and methodically, but the unpredictable and buggy state the game is in at release made this impossible. Of the many bugs I encountered in this game, some were merely annoying while others seemed insurmountable. At one point the game started freezing in a strange way when transitioning to new screens. I could move the mouse, but could not click on the ground to move my character. I eventually found that if I opened the character menu and then closed it I could move again. So I proceeded through the last few areas of the game jumping in and out of menus just so I could keep walking. Earlier in the game I ran into a bug in a quest. I had challenged a mobster to a drinking contest. When I showed up with the required beverage and knocked on his door, he just opened it and said, "You're dead!" and I was forced to fight him. The ensuing fight seemed to be unwinnable, with mafia grunts continually flooding into the room even after the main bad guy had been killed. I eventually fled the fight, only to find the mob was now hostile to me, which made the game even harder than it already was. I eventually found a convoluted way around the situation.

Later I faced a bug that I could not circumnavigate. This occurred in late-game boss fight which requires you to use a certain tool while standing on a certain space. Luckily I had the required tool (not sure what you would do if you did not), but 90% of the time when I attempted to use the tool in the right space with all the proper conditions met, nothing happened. I tried this fight maybe twenty or thirty times. I could see no way of wining this fight with my character in the condition he was in. Eventually, I gave up. In Lovecraftian terms, I closed my eyes and let the madness wash over me, sinking into the cosmic black of endless aeons.

In the end, I used Cheat Engine to boost my stats and was able to eventually make it through the fight. Even with infinite life and AP points, I had to try several times because the game would not allow me to use the tool most of the time.

I was able to limp my way to the end of the game after this by mostly retreating from any confrontation. Later I found myself stuck again and, seeing no way to progress, again resorted to cheating. Perhaps no moment more perfectly encapsulates my time spent with this game than the 20-30 minutes I spent plinking an enemy for 1 damage (when I managed to hit) with the bare fists of my weakened character (who specialized in Science and Psychology) just so I could progress, having found no other way forward. Eventually I chipped down the virtual thug before me and trudged my way to the game's conclusion.

In the end, Stygian is a pretty perfect distillation of Lovecraft's world. It will make you feel beaten, hopeless and crazy. Too bad that's not really much fun.

Bibus
2,247 products in account
0
No one has rated this review as helpful yet

Recommended
30.7 hrs on record
Having finally finished the game, I can say I had fun with it. It absolutely nails the atmosphere, of a Lovecraft story. The visuals, sound, character design, all great. It does however, end on a bit of a cliffhanger ending, there were several bugs I ran into during play, forcing me to quit and reload the game and the combat could be a bit clunky at times. However, overall, I had fun with the game, and would recommend it to anyone who likes the works of H.P Lovecraft.

Recommended
8.5 hrs on record
Hard af but very interesting. I keep finding myself drawn to this one