Summoners Fate is a roguelike adventure that fuses traditional turn-based combat with tactical card combat. Set in the fantasy land known as the Multiverse, you're tasked with guiding summoners through perilous quests in search of hidden secrets, powerful cards, and mutated rabbits.
$19.99
Visit the Store Page
Early Access Game
Get instant access and start playing; get involved with this game as it develops. Learn more.
Most popular community and official content for the past week.  (?)
Update #8 - Bugs and Balance Fixes
Aug 8
Version 0.75.1 Release Notes
Hi everyone -

I want to thank you for the 103 steam reviews we've received so far and the 90% Very Positive Rating! This is a wonderful accomplishment. I'm so grateful that you are enjoying Summoners Fate and I really appreciate the feedback and continuous growth I've seen to our community as a result. Truly - thank you!

Today, I bring you update #8 on 8/8 with Bugs and Balance fixes (don't you just love alliterations?). In addition to the improvements here, I've also been working to address our overall adventure difficulty curve and bolster up the content. I aiming to deliver these major balance changes next week with a large content update including new bosses for each biome as well as new elite and minion encounters.

New cards added in this update

Here’s the full list of changes for this update:
*This update is also applied to our free demo version.
Coming Next Week
Since I've extended our major balance update until next week, I'd still love to get your input in the following topics:Once the balance update is complete, I plan to shift gears to address remaining QoL issues (such as keyboard mapping and gamepad support) before the end of the month so I can put all focus towards new content going into September (per our roadmap goals).

Summoners Fate
25
0
OP and UP cards
Some cards just feel too good. Here are my opinions after a half-dozen play throughs: 1. Banshee. Stats are just too good for a 3-cost (plus flying, plus killer war cry). 2. Cyclops. I know 5-cost cards are supposed to be heavy hitters but this guy somehow seems to crush the enemy way more than the others I've unlocked (including all the dragons, whose utility varies wildly by situation). 3. Gargantuant. The double-attack is SO powerful, especially coupled with the summon bonus or with equipment. Wonder i...
20

Conrad Xa
Aug 9 @ 11:42am
General Discussions
Retreat Scumming and its Solutions
Since your starting hand resets at the start of the fight, players can scum the game by constantly retreating until they draw the perfect hand to start the fight. If this is an intended feature, then I would argue that it's terrible because if a player wants to play optimally, they have to keep tediously retreating until the best hand is drawn. I suggest two ways to solve this issue. 1) The simple way is to lock the starting hand so that even after you retreat, you will draw the same 3 cards again. 2)...
18

NinjaX
Jul 23 @ 7:11pm
General Discussions
Suggestion: Reset Discard After Battles
I think the game would really benefit from resetting the discard pile after every fight rather than at camp sites. Here's my rationale: 1. Camps are a limited resource across a run, so players are encouraged to camp as rarely as possible, generally when their health or deck count get low. 2. Cards are a limited resource between camps, so players are encouraged to use as few cards as possible. And in most fights, they really can get away with using very few. 3. Deckbuilding takes time and thought, so play...
20

Hailing frequencies open! Our latest update allows me to respond to your feedback directly in-game and inform you when I've added new content. Plus more balance and bug fixes!

Developer-to-Player Messages
While I've been making changes in request to player feedback every Monday for the past 7 weeks, I've noted that many players aren't aware of the changes. Our latest feature aims to address this by notifying you of new content in-game. When you load up the game, you'll now see a bouncing lore scroll at the title screen whenever you have a new pending message from us. If your game loads directly into an adventure, the message will open automatically. This will provide a direct link to the release notes so you can review the changes.

This new feature also allows me to send personal direct messages to players in response to feedback you've shared in-game. I've intentionally kept this feature simple (there's no inbox to manage, we're not an email client) - rather, your newest unread message will always display on top. You can reply to my message in game using the "Pencil" icon which will open the pre-existing "Share Feedback" tool that can also be accessed anytime in game via Settings (Esc) -> Share Feedback.

Reminder: The best way to report bugs is to use the Share Feedback tool in game, as this captures the game state so I can quickly reproduce your issue and solve it faster.

Here’s the full list of changes for this update:
*This update is also applied to our free demo version.
Coming Next Week
For next week's update, I'll be focusing on balance changes in response to your feedback and the Steam data we've shared here.

If you have any thoughts on game balance (card changes, encounter difficulty, elites vs. bosses, etc.) please join us in the following discussions:I'd like to get changes implemented this week so I can shift gears and address more QoL issues (such as keyboard mapping and gamepad support) before the end of the month so I can put all focus towards new content going into September (per our roadmap goals).

Help us Grow Summoners Fate with your Steam Review
Thank you to everyone who posted a Steam review last week! We're now just 2 reviews away from our goal of 100.

Reviews are very important for Early Access - they help us reach more players, grow our community and improve the game, so I very much appreciate your support in writing a Steam review for us :)

Summoners Fate
33
0
New Card & Character Ideas
Summoners Fate currently has over 300 cards including over 130 playable characters, but there's still plenty of room for more! Let us know what kinds of new cards and characters you'd love to see in the game by posting here.
35

Ross
Jul 24 @ 4:32pm
General Discussions
Feature Requests
We want to make Summoners Fate the best game it can be. Reply to this post to suggest new features or quality of life improvements to the game. Bonus points if you also send us your feedback in game using the in-game reporting tool which will add your request automatically to our production backlog: Settings (Esc key) -> Share Feedback ...
35

In this week's update we've turned retreat scum into fun-m! Ok, that doesn’t rhyme, but once again we listened to player feedback and made plenty of exciting changes this update :)

My favorite in-game feedback this week comes from Abandon who writes:
"Hello. I don't have any bug to report I'm sorry. :( Just wanted to say HI!!! do u "GOD" dudes even exist? =S"

Yes, Abandon, the legends are true. We're listening to all of our player feedback and I'm doing my best each week to answer and make your game experience even better.

New Retreat Mechanics
This week's community discussion on Retreat Scumming and its Solutions started by NinjaX inspired several changes to our retreat system including a new mulligan mechanic that adds some extra excitement to a failed retreat. Full details on our post here. 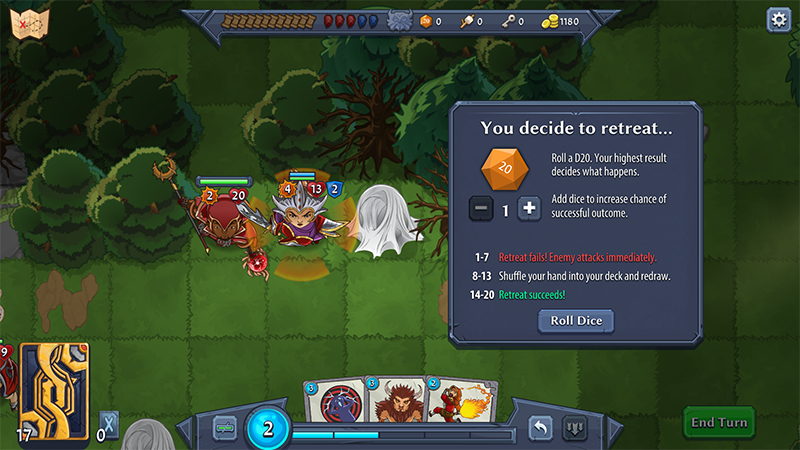 Additionally, Zenon, Arch Mage, now has Scribe (3). The Scribe ability allows you to recover (X) cards from your discard pile back to your deck after winning a battle. His power can be stacked with these artifacts to further increase card recovery and draw options allowing for far greater deck control.

This is why I love card-based mechanics. We can often address feedback by using cards to bend or break the rules and open up all kinds of new gameplay options.

Here’s the full list of changes for this update:
*This update is also applied to our free demo version.
Coming Next Week
For next week's update, I'll be focusing on:

Help us Grow Summoners Fate with your Steam Review
Thank you to everyone who posted a Steam review last week! We had +12 positive reviews bringing us up to 93 total, with 89% Very Positive rating. Just 7 away from our goal of 100.

Reviews are very important for Early Access - they help us reach more players, grow our community and improve the game, so I very much appreciate your support in writing a Steam review for us :) 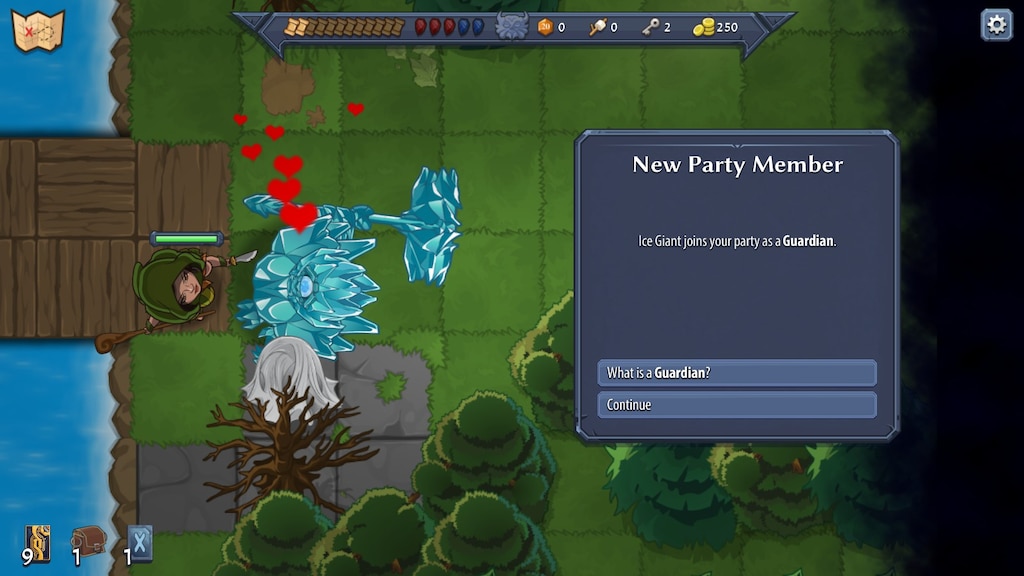 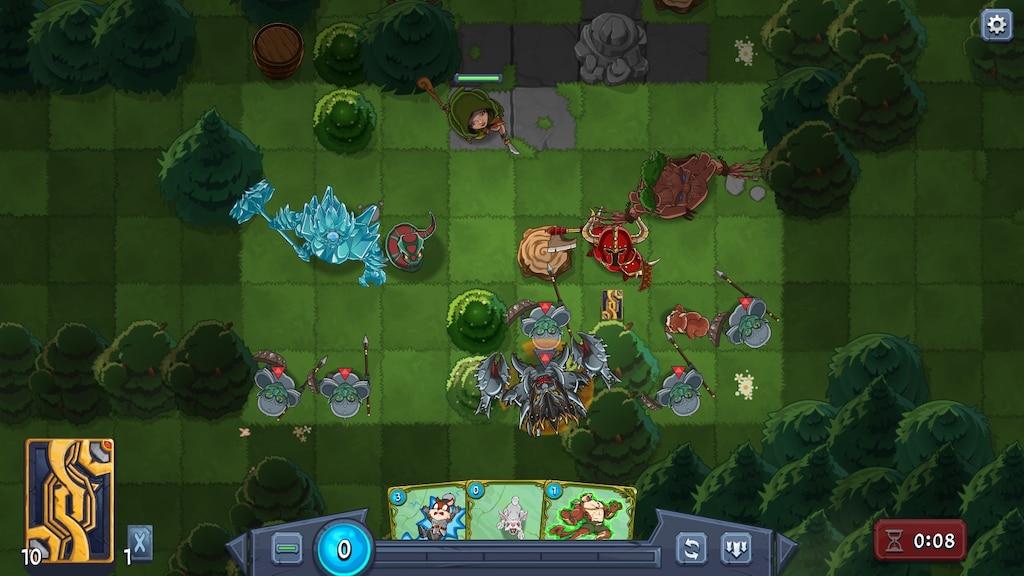 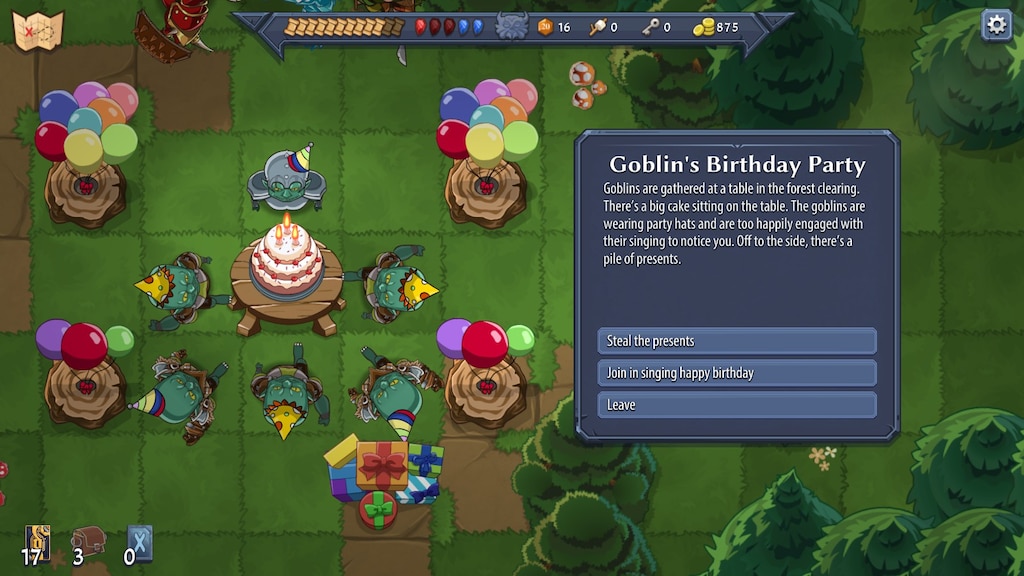 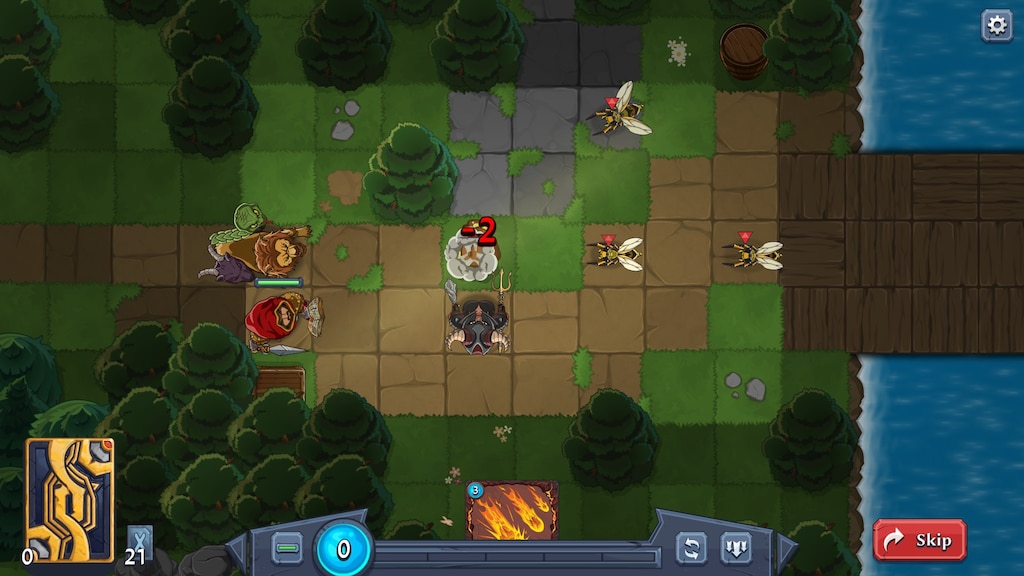 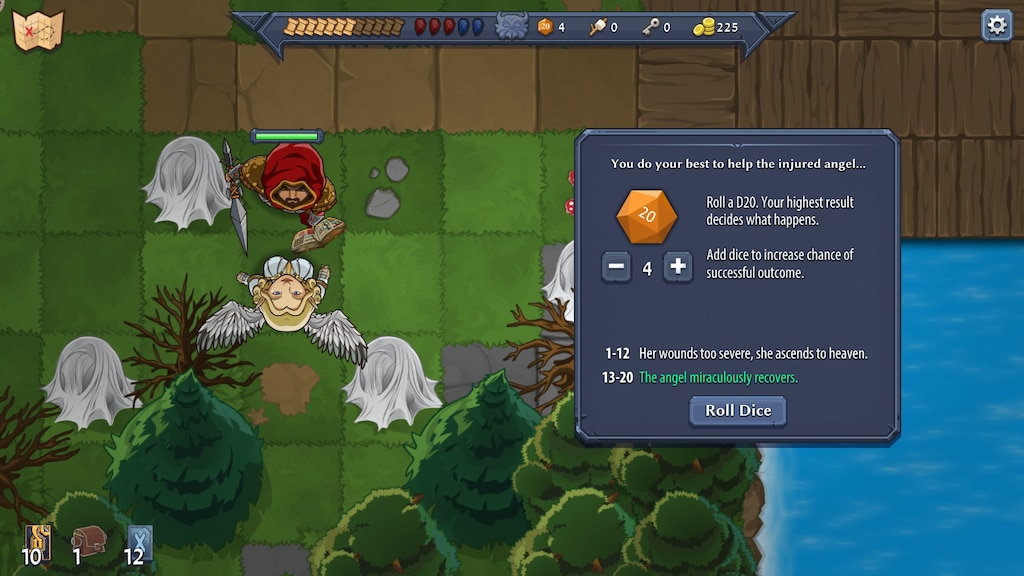 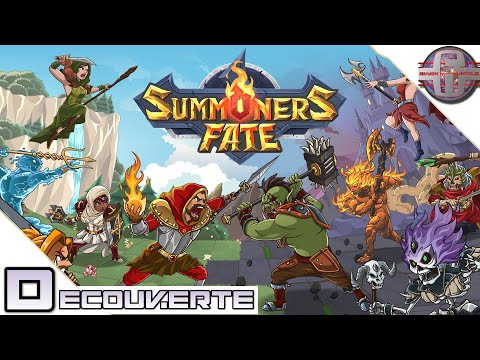 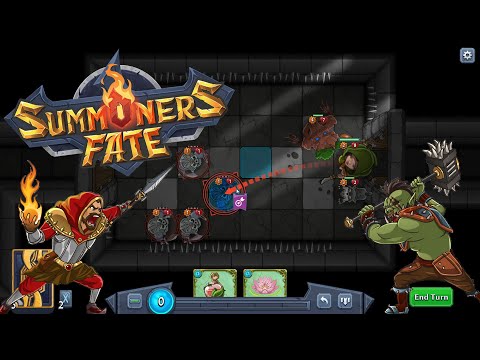 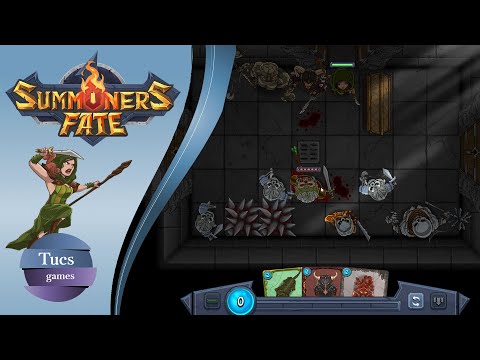 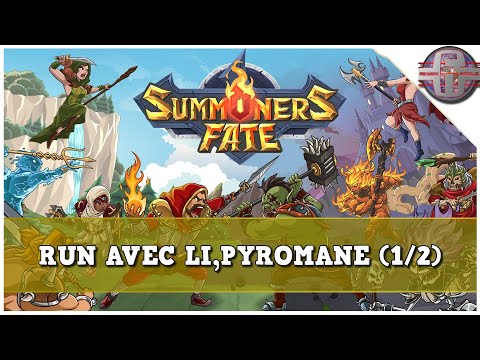 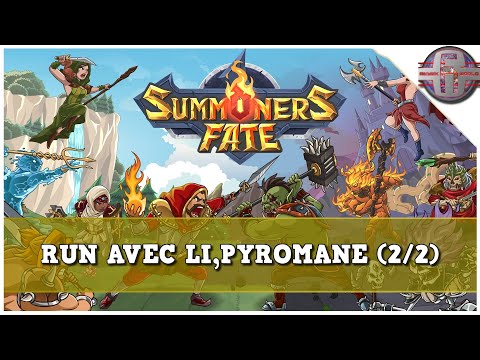 Recommended
8.3 hrs on record
Early Access Review
Fun and shows promise. A few bugs with mechanics not working properly for you (Vigil, Pierce, Vulnerability proccing early, possibly more)... but they work juuust fine for the enemy. Needs more bosses and a longer campaign with better difficulty scaling. The second chapter is too easy on intermediate difficulty.