Strategy gaming perfected. A breath-taking campaign of exploration, expansion and conquest across a fantasy world. Turn-based civilisation management and real-time epic strategy battles with thousands of troops and monsters at your command.
-66%
$59.99
$20.39
Visit the Store Page
Most popular community and official content for the past week.  (?)
Creator Spotlight: Drycha Showcase
Nov 27 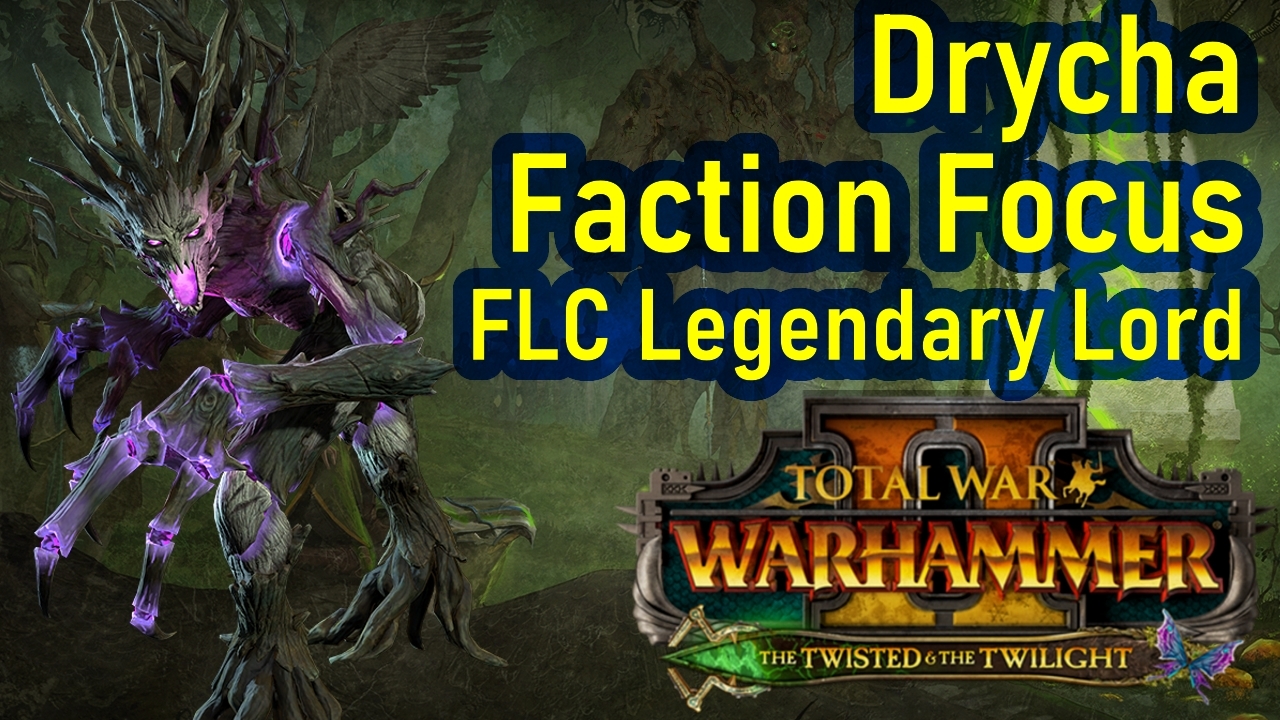 Continuing his Wood Elves faction focus for The Twisted & The Twilight DLC, join The Great Book of Grudges as he showcases Drycha, the new free Legendary Lord!
https://youtu.be/zF4XtBZgrzg
https://store.steampowered.com/app/1315750

Total War: WARHAMMER II
657
35
Are war wagons actually useless?
How do you guys make them work, if even? I think they are neat, but I wont use them in multiplayer if thats ture.
13

KansasGuy2012
1 hour ago
General Discussions
Norsca is awful to defend which ruins my campaign
Seriously, it started and turn 15 ALL elves just declared war on me (despite literally no involvement with them) and they send raiding party after raiding party while inviting ALL other high elves into the war as well. And you can't even stop them from doing so to ever raid anyone because you can't ever CATCH them. They keep running away until you either after 10 turns catch them or give up so they then start taking your settlements. It is awful and due to the constant switching between water and land it i...
20 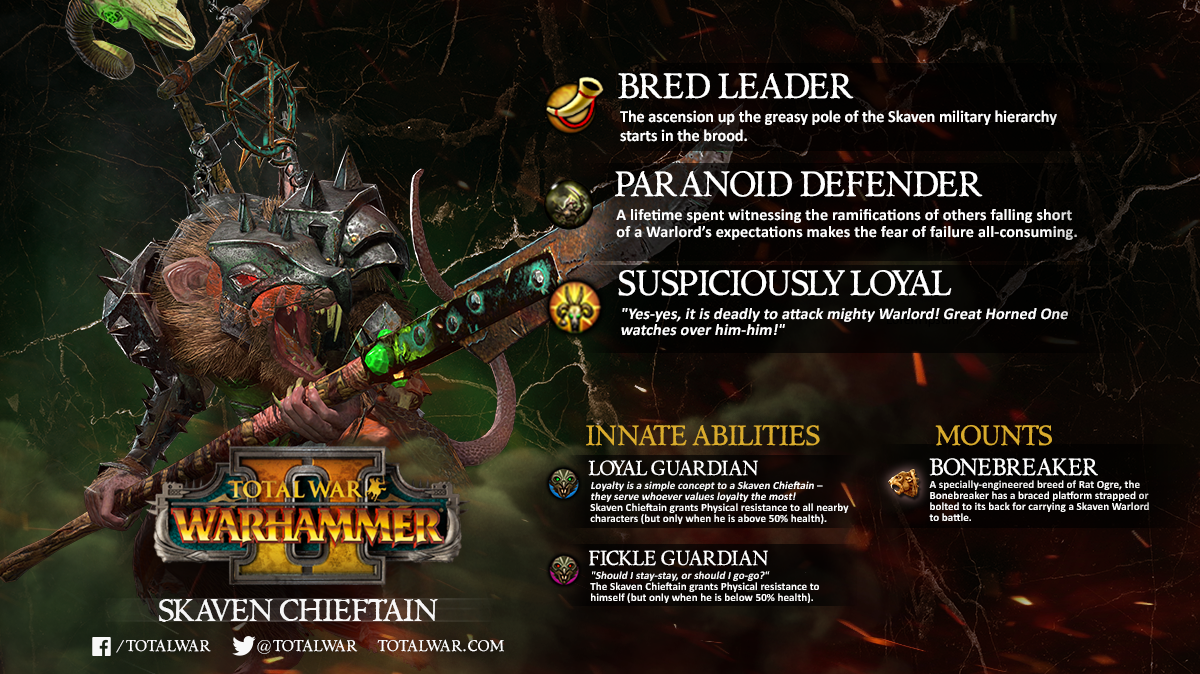 The opportunistic Skaven Chieftain is ready at a moment’s notice to step in!

If a Lord dies or routs, he will assume command of their army, boosting their morale – but he is first and foremost always looking out for number 1... 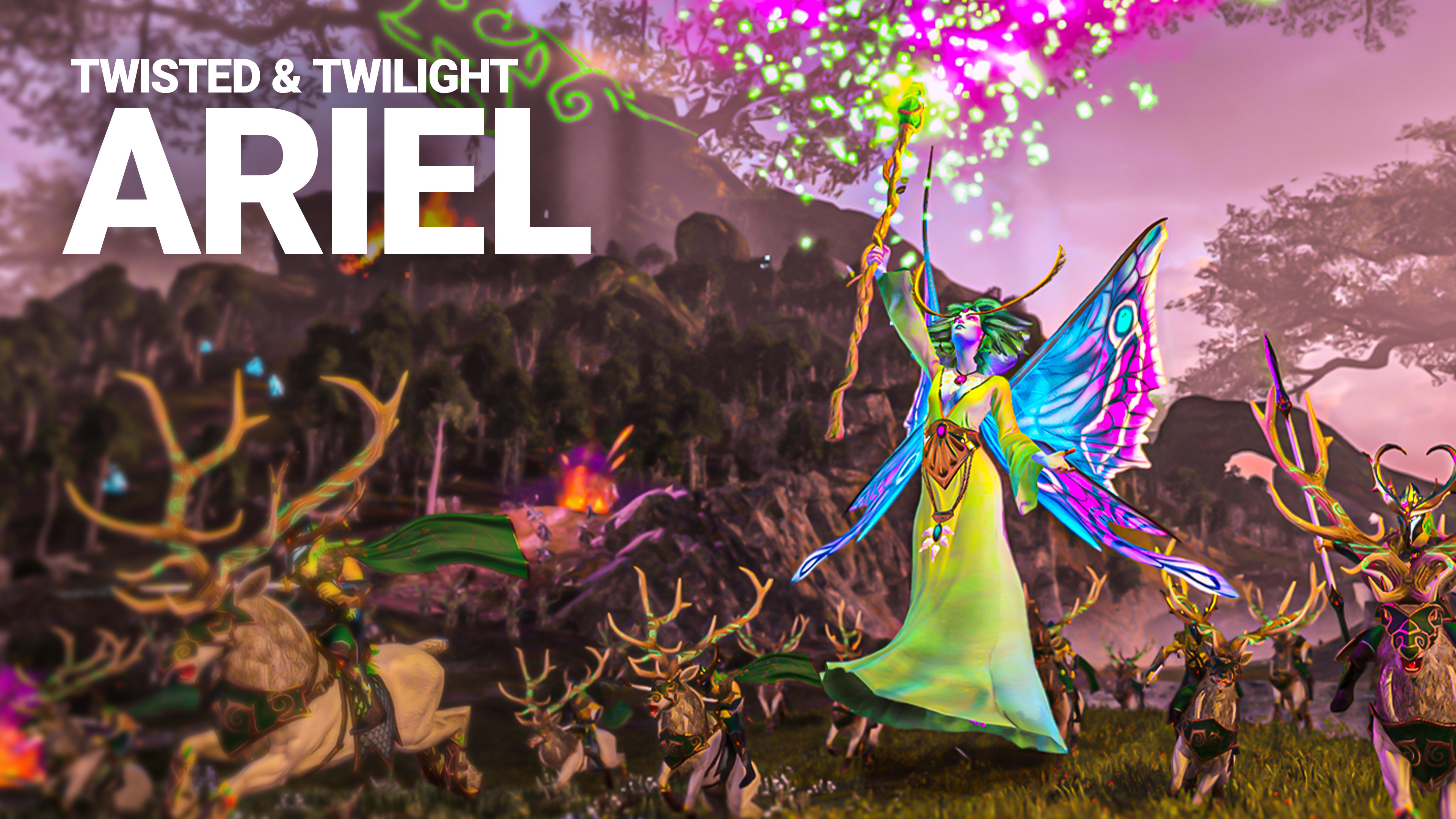 Recruitable by all Wood Elf Lords but Drycha, learn more about this Legendary Hero’s past, unveiling the curtain behind her godlike powers.
https://youtu.be/Dj8f06EhN-g
https://store.steampowered.com/app/1315750

Total War: WARHAMMER II
912
72
Tips for supporting more than 2-3 armies?
Hello, I just lost my first campaign - Normal difficulty. I was on turn 115 just completed my second ritual while the dark elves were on thier 4th. So i decided to take my armies to them and try to stop them. Then a huge skaven force of 4-5 full stacks attacked my home. I couldent afford to buy new lords / armies to defend. How do you guys make enough gold to afford the upkeep of units?...
14 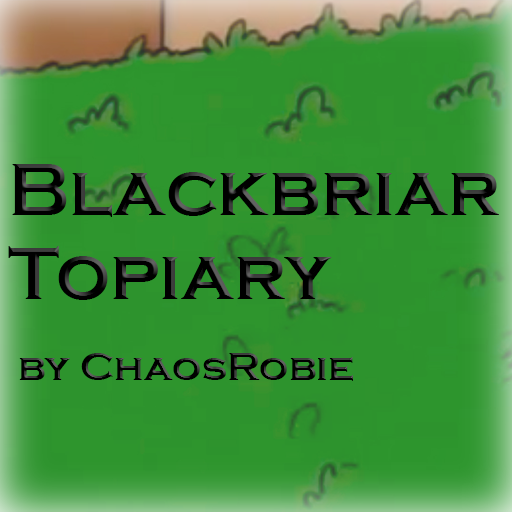 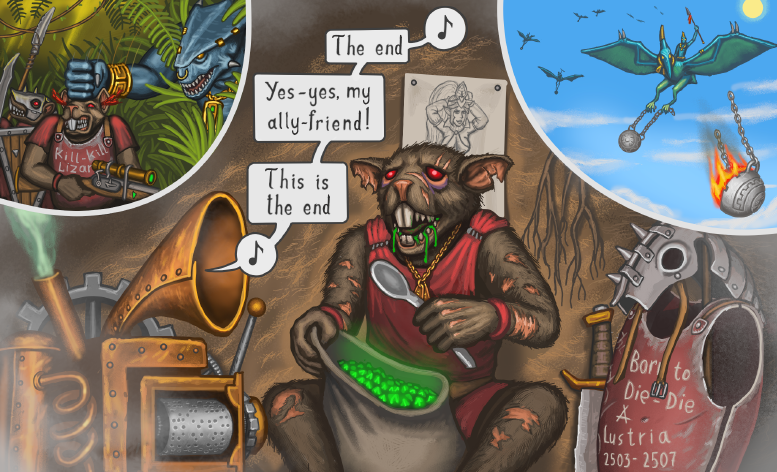 Recommended
476.2 hrs on record
Total War: Warhammer II is a real-time strategy game with light city-building and turn-based mechanics set within the Warhammer (fantasy) universe. The main draw of the game is its gameplay where you put your army and strategic prowess against the AI or other players online. However, this game also requires quite a bit of monetary investment to play it at its best.

When the world is in peril and armies rise up, there can be nothing short of total war.


STORY
There are two types of campaign in WH2: The Eye of the Vortex and Mortal Empires.

The Eye of the Vortex is about trying to gain control of the now destabilized Great Vortex for your faction. The Vortex is what protects the world from the forces of Chaos by draining the Chaos magic from the world into itself. Some want to stabilize it to safeguard the world from evil. Some seek to harness its power for personal power. This campaign is much more story-focused and a good introduction to Warhammer (fantasy) for beginners. It is also a shorter campaign, making it much more appealing.

Mortal Empires is a FLC mode that allows players to utilize the ENTIRE map from both WH1 AND WH2 BUT requires WH1 in their library to gain access to this mode since it is stitching together the maps/ assets from both games.

As for story, there really isn’t any. The goal here is to simply conquer the map to strengthen and grow your empire. This can be argued to be the real battleground for the game as you will have to contend with every AI player being a threat as you conquer the world. There is certainly room for emergent storytelling as you can befriend or crush different characters in each run.
https://steamcommunity.com/sharedfiles/filedetails/?id=2300517361

GAMEPLAY
This is the heart and soul of Total War titles. In WH2, you first pick from a rather robust pool of Lords. Each Lord has their own starting position, gameplay mechanics, stats and abilities, starting army, preexisting relationships with others and more. Depending on the game mode, you will get a brief introduction or cutscene outlining your objective then the game begins.
https://steamcommunity.com/sharedfiles/filedetails/?id=2300494269
You build and upgrade cities to improve a variety of things like the economy, armies and more. City growth is turn-based, so all choices matter. In WH titles, cities are only a means of bolstering the armies for inevitable conflict. Cities can be conquered or even razed to the ground in an instant if one lacks a good army or tactical prowess to defend it.

Each faction has a unique tech tree to allow for various upgrades to many areas such as army buffs and improved city obedience.

There is also a diplomacy system in the game. You may be able to strike a peace accord with someone, but they may turn out to be your biggest threat if you do not keep them appeased. Managing alliances and enemies is a tricky balance but with great rewards.
https://steamcommunity.com/sharedfiles/filedetails/?id=2300497680
Despite all of this, the actual battles will likely take up most of your time. Battles are a dynamic dance of tactics and cunning as you plan your unit placements and give them orders to attack in real-time. You can control up to 20 units in any given army, 1 slot being reserved for the Lord in charge.

Each army is inherently unique given each faction’s fun and wacky roster of units to choose from. Although basic unit types are universal, each faction typically specializes in one field or another.
https://steamcommunity.com/sharedfiles/filedetails/?id=2300516920

Combat is fairly simple to navigate and mostly done through mouse clicks to indicate which unit is to be selected and where they should move or attack. There are also keyboard shortcuts to enable smoother army navigation and orders that can be rebound as well. However, the thrill and challenge of combat comes from being able to strategize your army efficiently and effectively.
https://steamcommunity.com/sharedfiles/filedetails/?id=2300498445

Success or defeat for your army is entirely in your hands and how well you micromanage. Although there IS an auto-resolve function to skip battles entirely, are you certain you would like to gamble the lives of your army?

There are so many more different faction and universal features to discuss, but if I have piqued your interest by now, consider buying the base game to check it out.


VISUALS
Overall, the game looks beautiful on Ultra settings with the overworld map having a surprising amount of detail and care in it. Animals can be seen grazing, water shimmers and undulates, swamps and corrupted lands are disgusting, and so much more.

In battle, the amount of detail in each model is astounding as are most of the animations, especially the unique ones for kills. Spell FX are beautiful and distinct. Having an aerial view of your army going all-out is a treat to watch IF you have the time to watch. Although Warhammer is a fantasy game, there are certainly really intriguing designs that will make your head turn.


SOUND
Overall, the music is very well-done. Its orchestral tracks convey the perfect mood for the situation.

Voice acting was also a treat with a variety of pitches, accents and more to discover.


PERFORMANCE
I personally play on very low to get the most frames possible for battle. As expected for a strategy game with a large world map and hundreds of units in battles, running everything on Ultra will likely tank your FPS. However, there is a nice variety of graphical options to tweak things to your liking and save frames.

Being a strategy game, your CPU and game drive will dictate how long load times are and how long the CPU takes to make its turns.

There are also a few bugs here and there although Creative Assembly is pretty good with ironing them out in time.


MULTIPLAYER
I prefer the single-player experience, but the game does offer online campaigns and battles for those interested. Campaign is the same, just with more players. Online battles are 1v1 or 2v2 affairs with both sides picking a faction and building an army from a customizable gold pool before doing battle against one another.


DLC
There is a LOT of DLC for WH2, including DLC for WH1 which can be played in 2 via Mortal Empires mode. They are all also rather pricey, so this is a hard sell for those of you who have limited funds. If you can, I HIGHLY suggest only getting the base games when on sale as well as any DLC you want. If you can only afford a few, please research what each one does and what changes. There is a smattering of Free-LC’s, but most of the game changes and updates are included in the faction packs and Lord packs.

Nonetheless, my first 100 hours were spent in vanilla. Then I got all the DLC because I loved the core gameplay so much.

OVERALL
If you like real-time strategy games and the thrill of leading your army to victory, I highly recommend WH2 with its colorful cast of characters. Although there is a LOT of DLC, the game is perfectly playable in vanilla. There is something new to see in practically every playthrough and a whole world to explore (or conquer) so this game definitely has a lot of replay value This is also a good entry point for anyone interested in WH fantasy with a colorful cast of character to meet and kill.

9/10
Solid Recommendation (ON SALE IF POSSIBLE)

Recommended
1,116.2 hrs on record
I've played video games my whole life and I would say this is one of the best ones I have ever played. 1106 hours and many more to come. 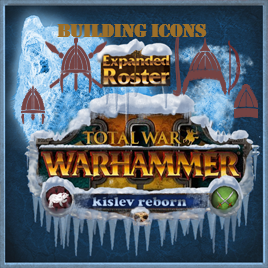 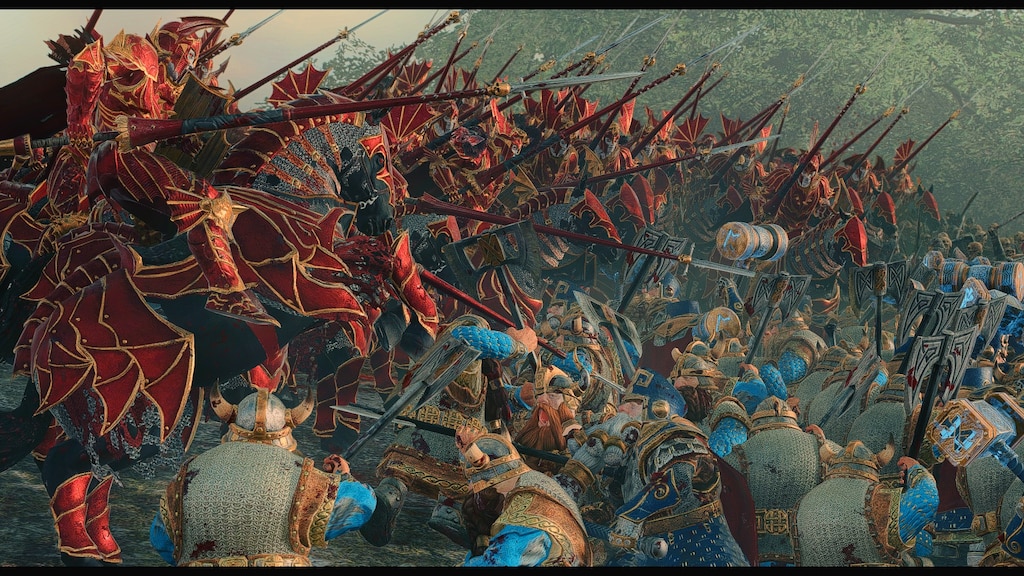 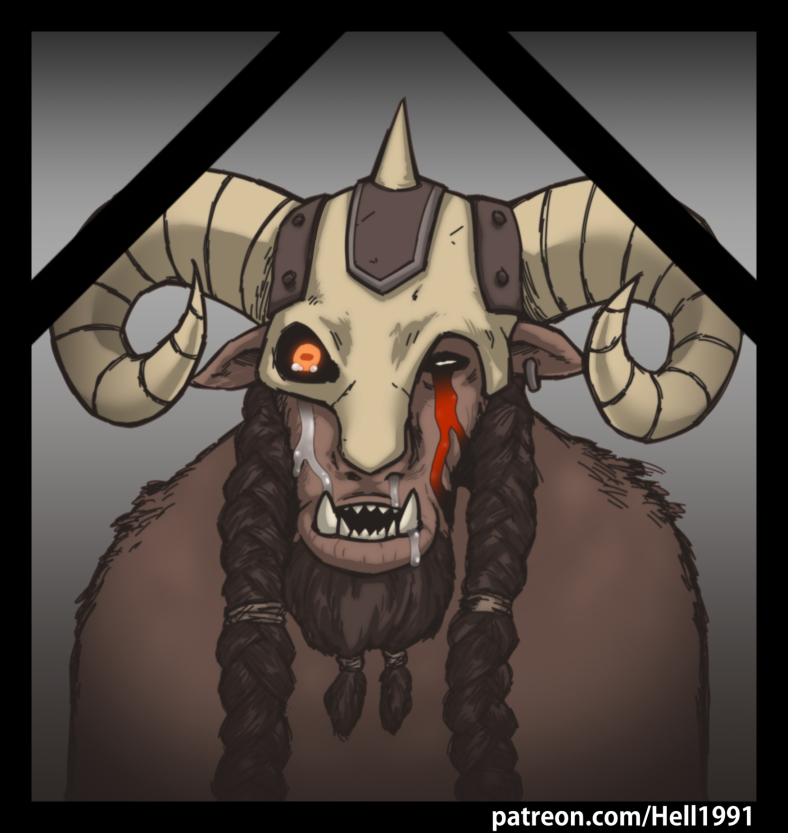 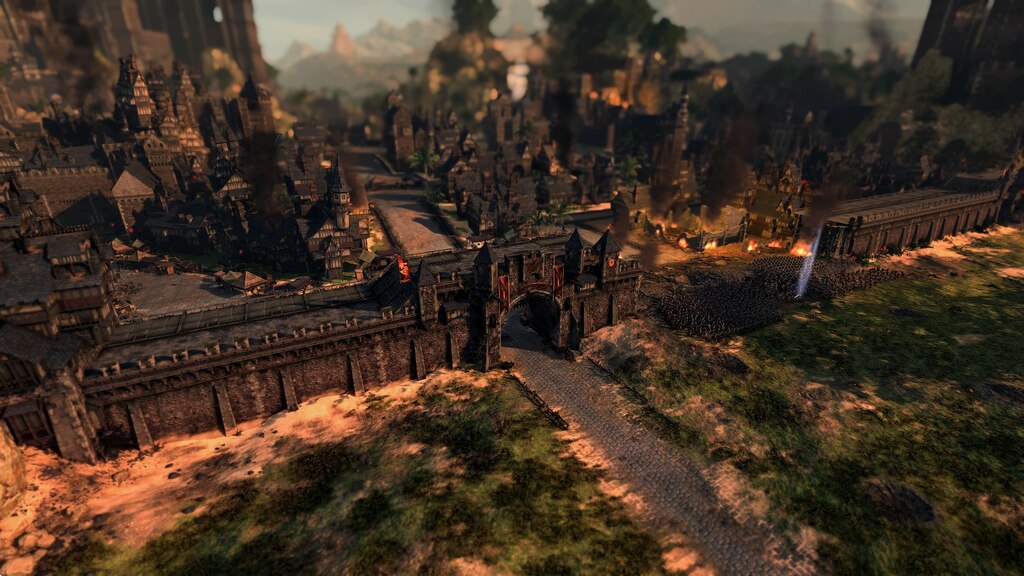 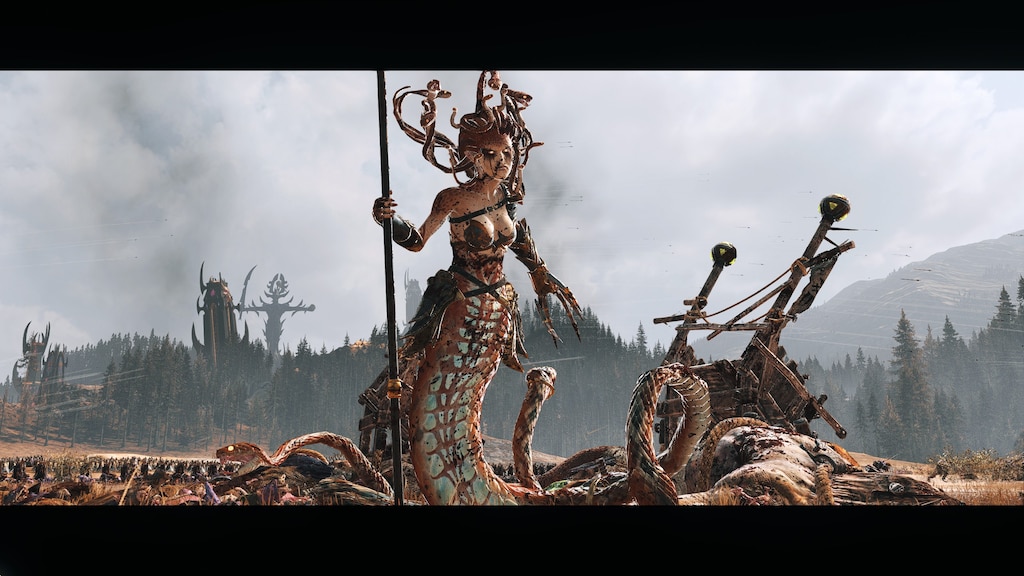 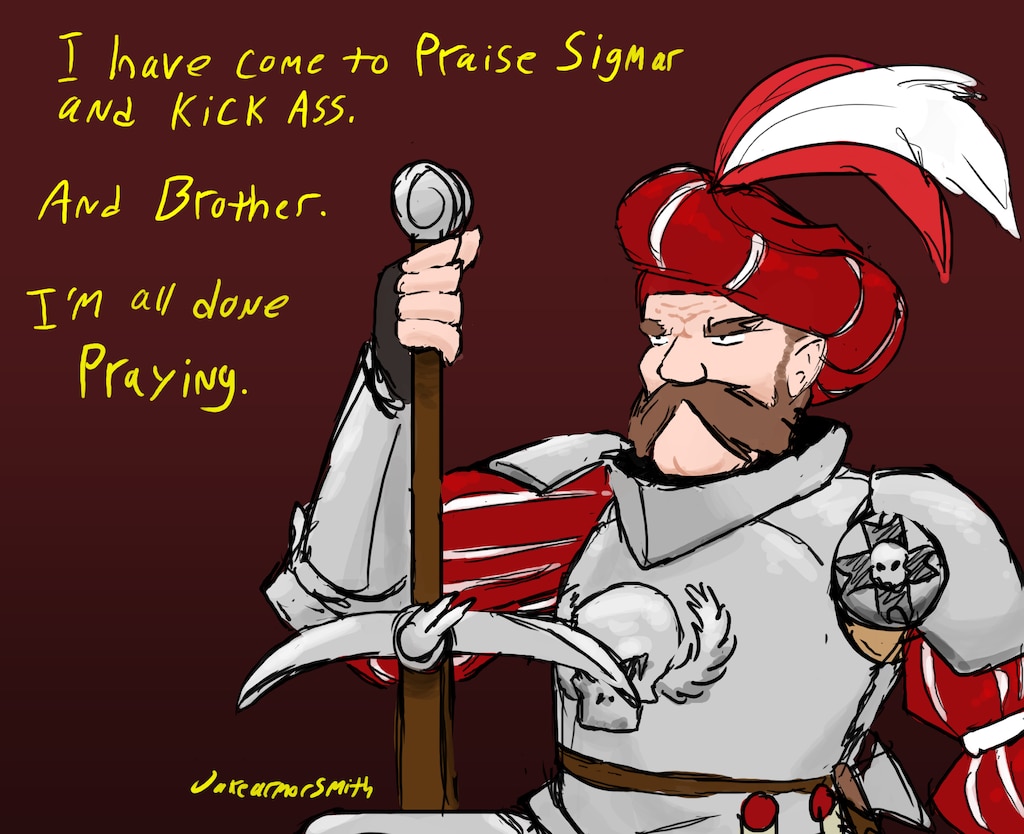 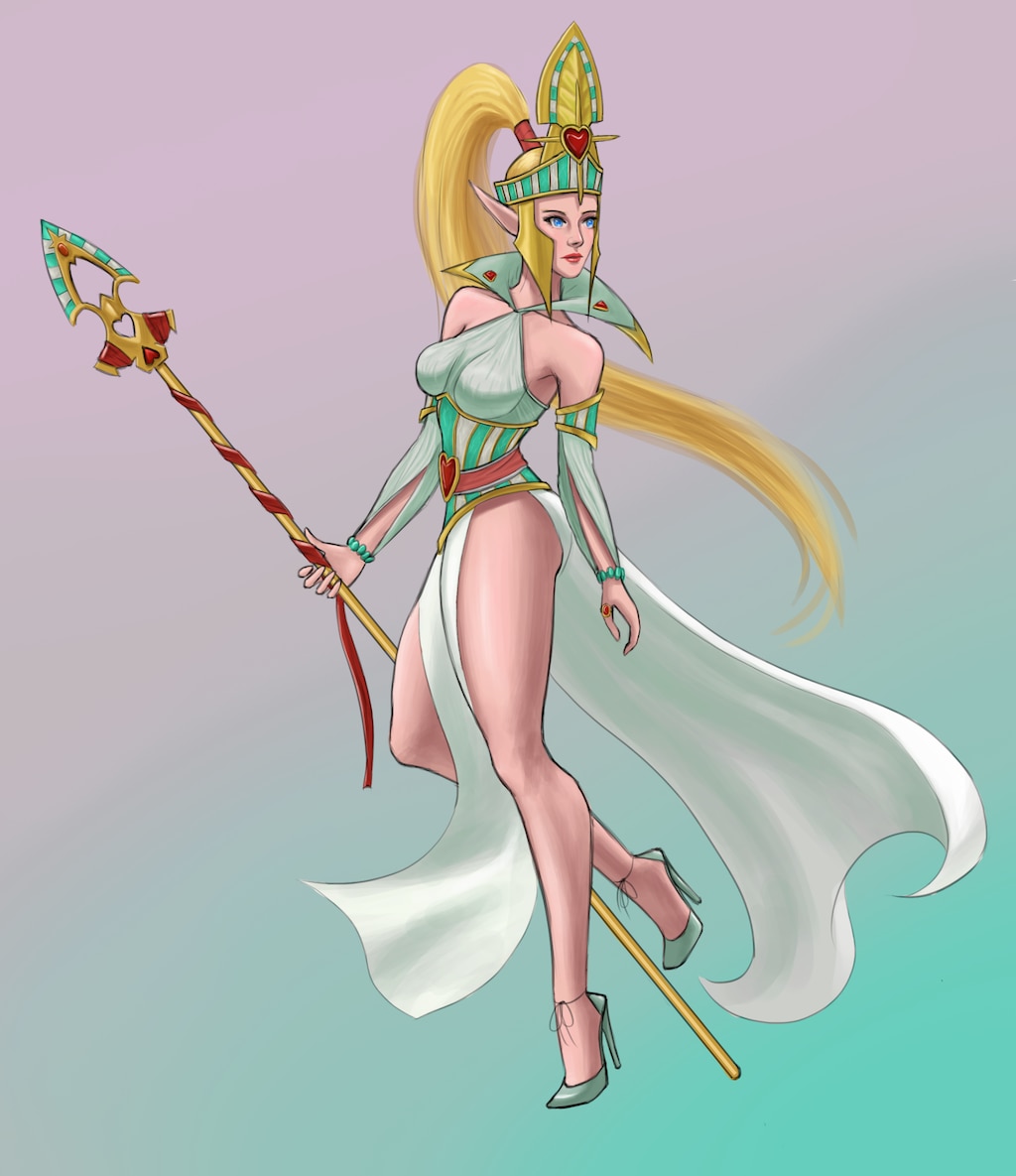 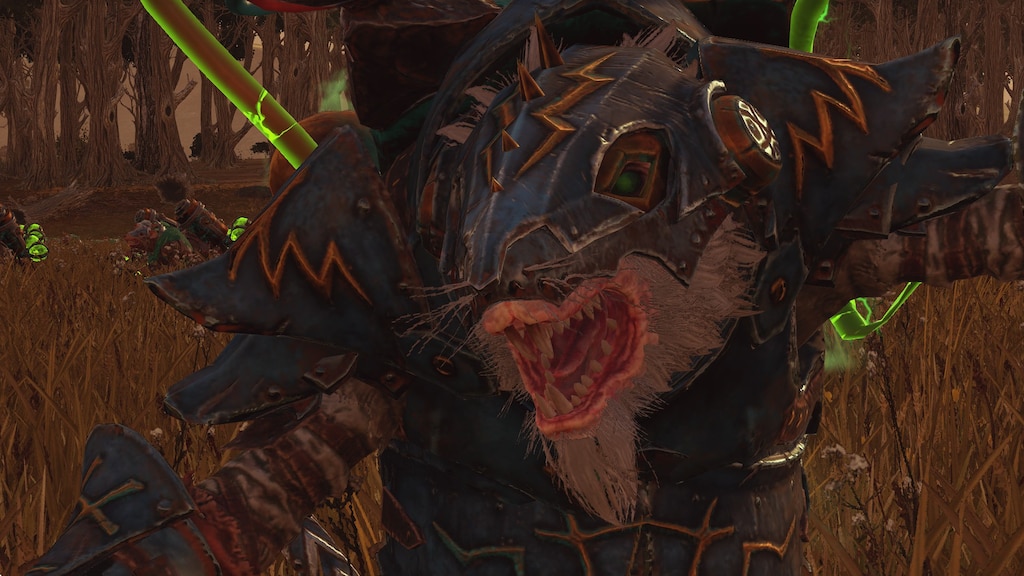 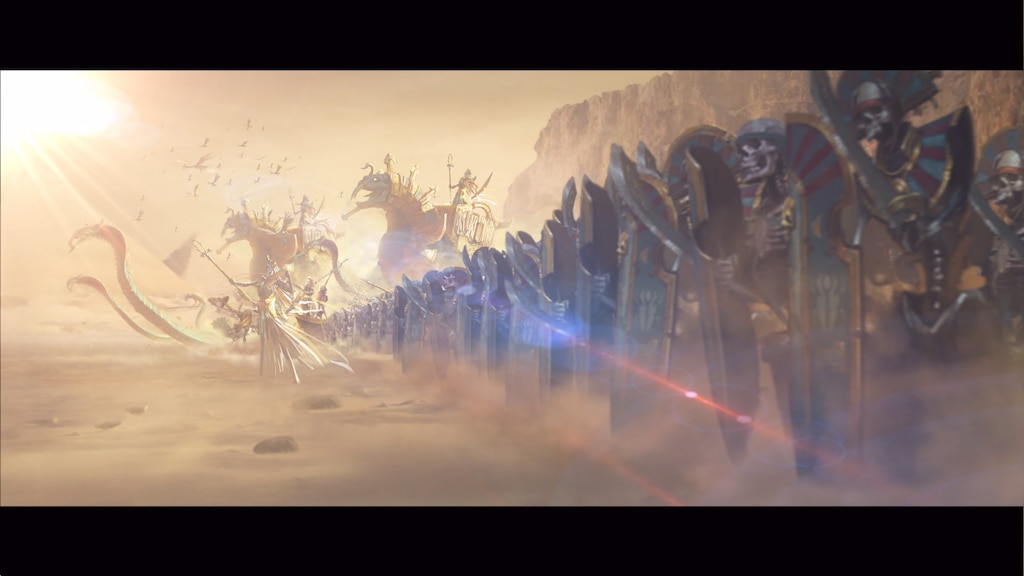 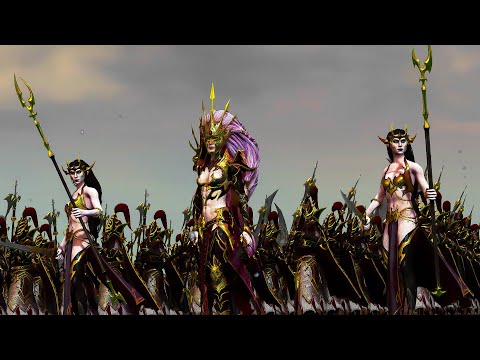 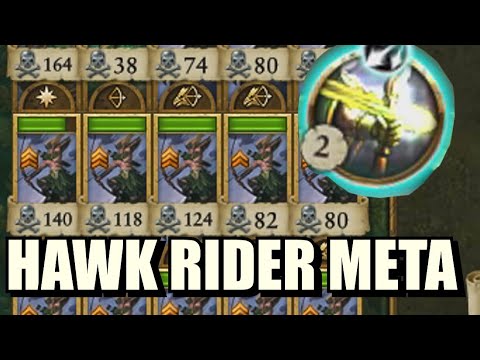 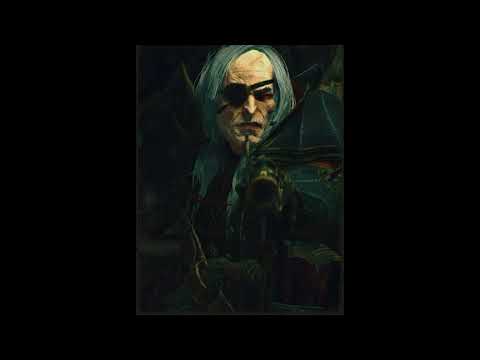 0
0
Ugh, fine, I guess you are my little pogchamp... but Luthor Harkon 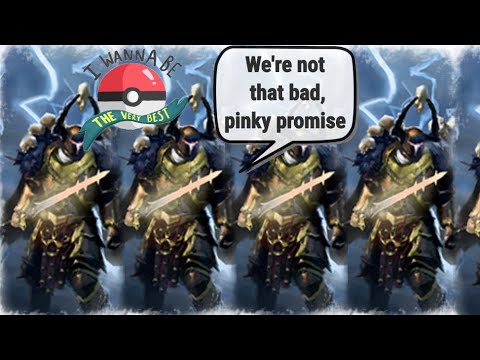 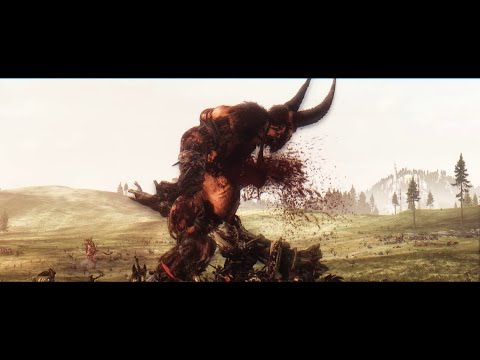 DLC guide with tiers
New in TW wh2 and wonder which dlc to buy first? Thin on budget and want only best content for small $? This guide is for you.