Mordheim: City of the Damned is the first video game adaptation of Games Workshop's cult classic tabletop game Mordheim. Set in the Warhammer World's decimated Empire city, Mordheim: City of the Damned is a turn-based tactical game where you lead warbands into bloody and lethal skirmishes.
$19.99
Visit the Store Page
Most popular community and official content for the past week.  (?)
that savescum thing.
if you do it do you need to copy both the profile file and savegame file ? Or do you only need the savegame file ?
34

Mordheim: Warband Leveling Guide
This will be a guide to help new players with leveling up their initial warband. This will be a generic guide, applicable to all factions, although some comments will be provided for specific warbands. For details on game mechanics, please refer to my o...
534 ratings

New Players guide to Mordheim
This guide is designed to help new players understand the mechanics of Mordheim. It also contains tips and tricks to help get through your first few days of the campaign.
513 ratings

Building Famous Empire Regiments Guide
Why play as a mismatched rabble when you can customize your warband into one of the famous Imperial Regiments that make the Warhammer world so special? This guide increases the replay value of the game as Empire indefinitely, and tells you how to take adva...
156 ratings

Romancing the Stone: A Guide to Wyrdstone in Mordheim
A Guide to provide you with information about how the Wyrdstone works in Mordheim: City of the Damned.
85 ratings 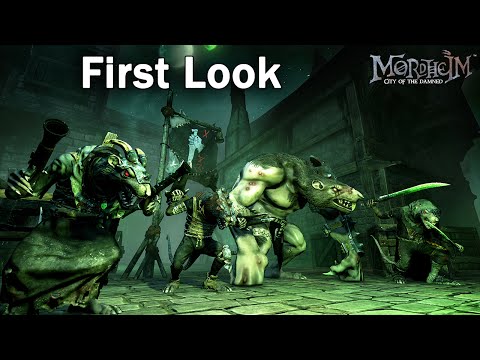 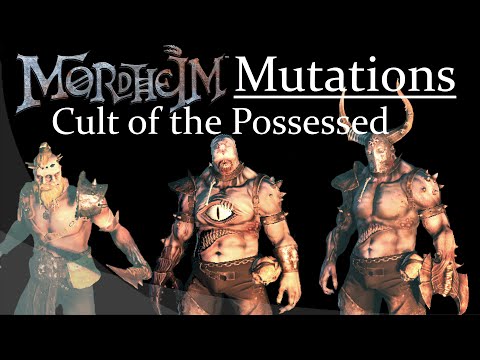 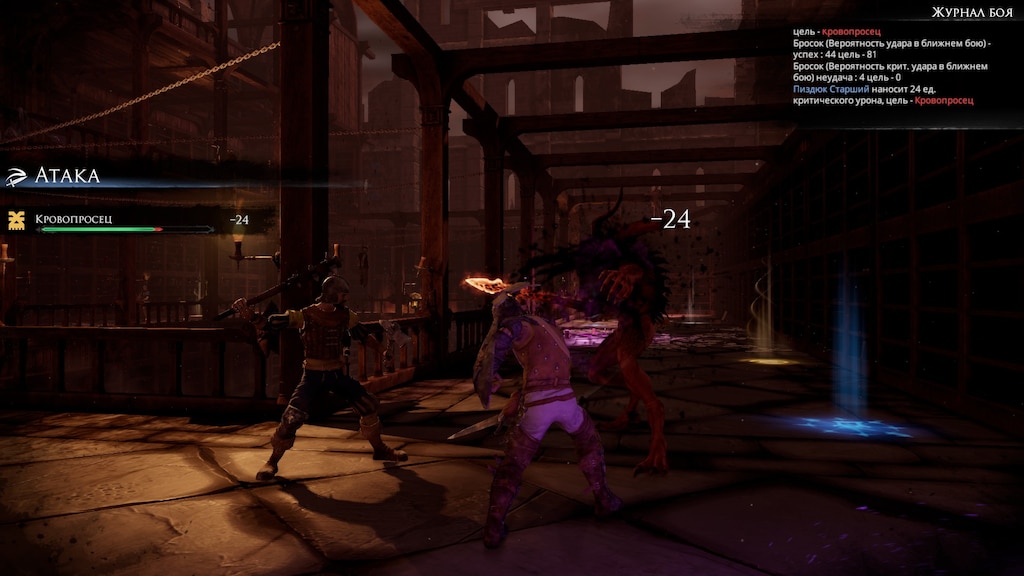 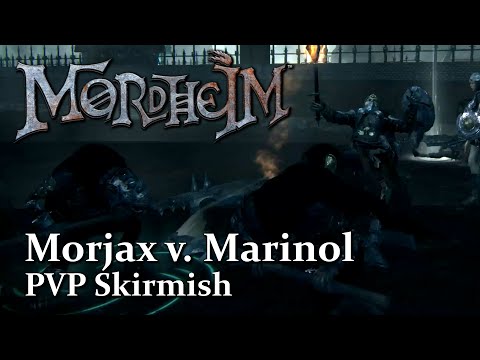 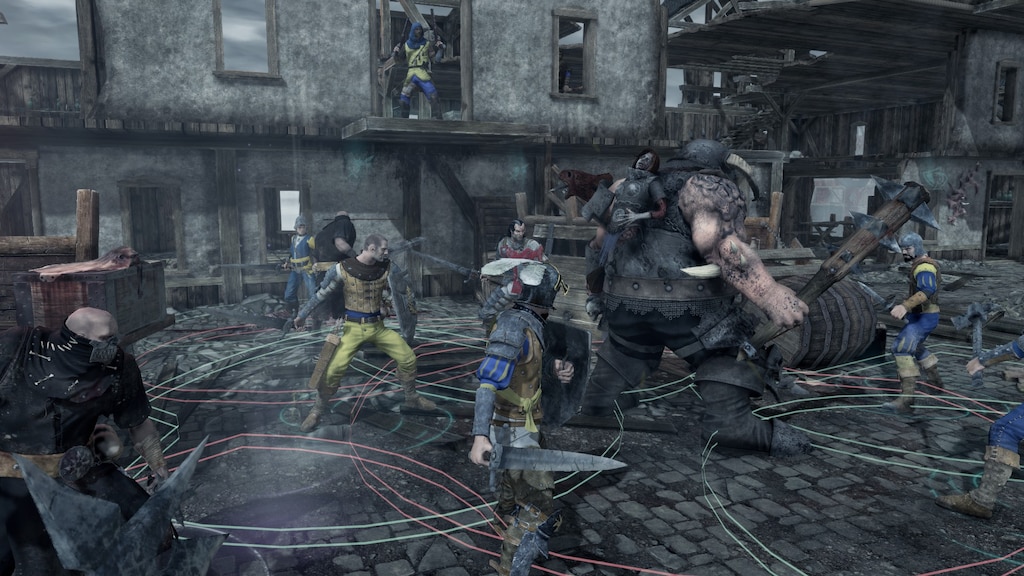 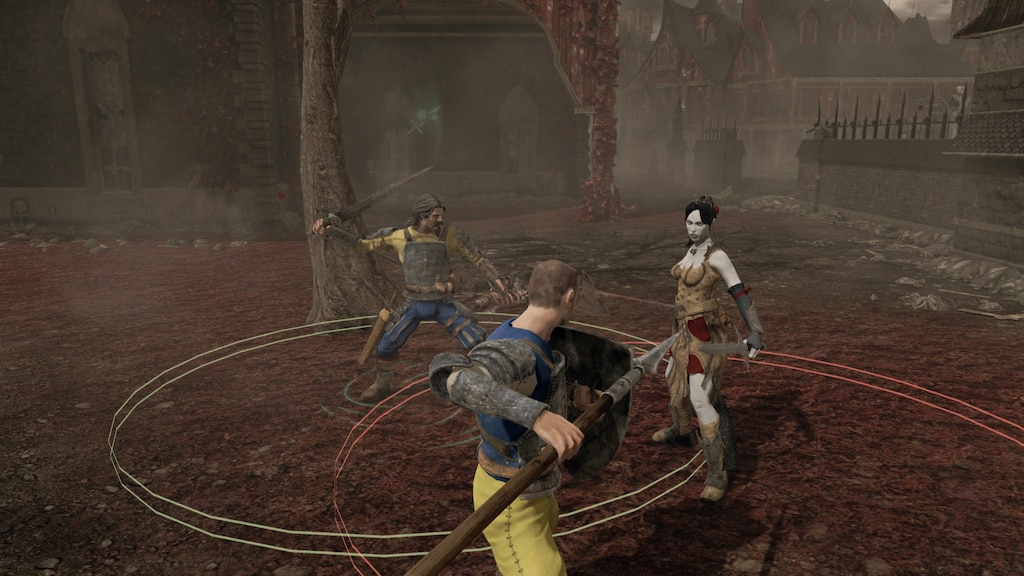 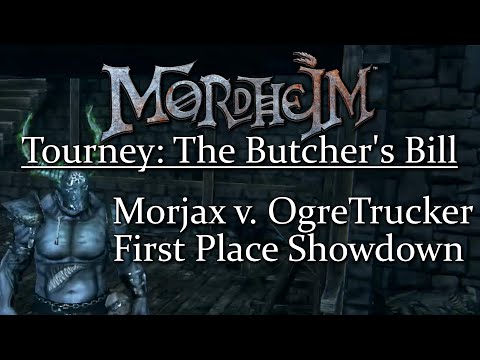 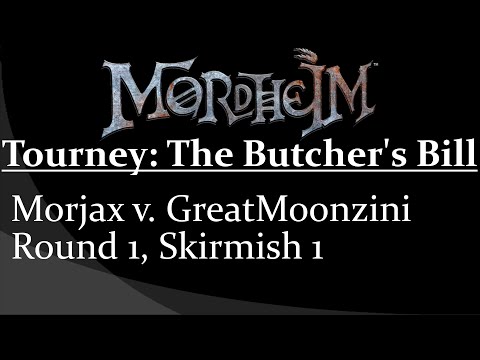 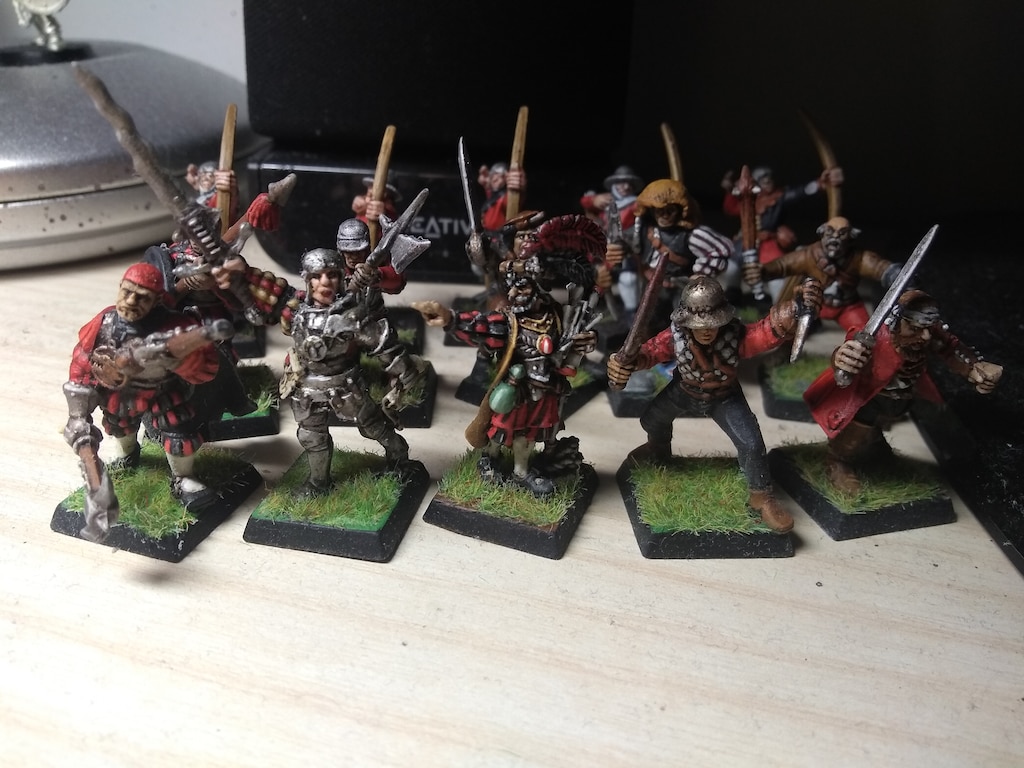 0
2
My old cult of the possessed

Recommended
123.8 hrs on record
Now, while you can see I recommend this game, PLEASE read this review before you purchase it.

It's very fun, tactical, and unforgiving. There's lots of tactics you can apply to win individual fights (use the high ground, charge an enemy from afar, lure them into a trap, surround them and pick them off) which is great. Meanwhile, the outcome of each small fight can mean the turning point for a battle. Losing on a narrow street on your right might mean your enemy can now get behind your line and send a few troops to flank your forces, which can end up routing them, while winning on your left flank might give you access to a cash of wyrdstone which you need to get your objectives done.
Each faction is really unique, with their own set of units, equipment and abilities, and there's loads of progression in the game, so you can keep playing for ages.

The drawbacks? Oh boy, let me tell you:
1. While there's a variety of maps, all of them occur in the same Chaos-damned city of Mordheim, which gets old pretty fast.
2. Battles progress slowly. Even if you can't see the enemy, they still need to move around, and that takes time.
3. The game being very unforgiving is both a good thing and a bad thing, and when it's bad it's reaaally bad. Your best hero might end up getting unexpectedly overwhelmed and dies or becomes permanently handicapped to the point of unusuability (you can say what you want about Mordheim, but handi-accessible it is NOT). Your warband might end up starting spread out with two or three of your units unexpectedly close to the (UNITED) enemy force, which can cost you both the battle and several warriors. Losing is very painful, and it doesn't help that so much stuff is based on RNG (traps are invisible until detected and randomly placed, objectives and the placement of your warband is different every battle, you don't know what the enemy is bringing to the table beforehand etc etc).
4. Losing a hero probably wouldn't be so painful if progression wasn't so slow. It takes dozens of matches to get one to level 10 and you can be damn sure the enemy will loot his corpse after he gets taken down, thus also costing you your valuable equipment. Now take into account you have to level up an entire warband and that units that take damage during a battle (Read: most of them) will be injured and thus unable to fight for several ingame days. You are in for A LOT of grinding, and it can get undone by a single wrong match.
5. Multiplayer is extremely unpopulated, partially because the game is old, partially because there's not a lot of incentive to go play against a smart opponent who is likely to make sure your guys are dead and their bodies are looted. Sure there's 'friendly' matches that you can't lose anything in, but you also don't gain anything from those matches either. Plus, each warband has a battle rating that starts around 1000 and goes up everytime you give your warband better equipment or level up your units. The problem with this system is that you don't want to fight a warband that's dramatically stronger than you. Fighting a warband that has a 100 points of battlerating over you can be painful, fighting one that has several hundred points over you is suicide if the RNG doesn't completely mess over your opponent. This further depopulates multiplayer, as not only do people not want to lose gear/units to other players but they also don't want to fight someone that already starts out with a leg up on them in terms of unit levels or equipment.
6. The story missions are a huge pain, as they take even longer than normal matches.
7. Several factions and units are locked behind DLC, and some of these units kind of break the balance between the factions if you ask me (for instance, the Skaven Globadier is a really good ranged unit, and giving access to those to the Chaos warband feels unbalanced as Chaos is already pretty dominant in melee compared to other factions).

If you think you can still enjoy the game despite those problems, good news! If you take out these issues the game's actually really good... But then, that's the case with a lot of things, isn't it? I honestly feel bad ripping into the game, but it does deserve it, and the fact that I'm still recommending it despite everything should tell you I at last thought it was worth the money. 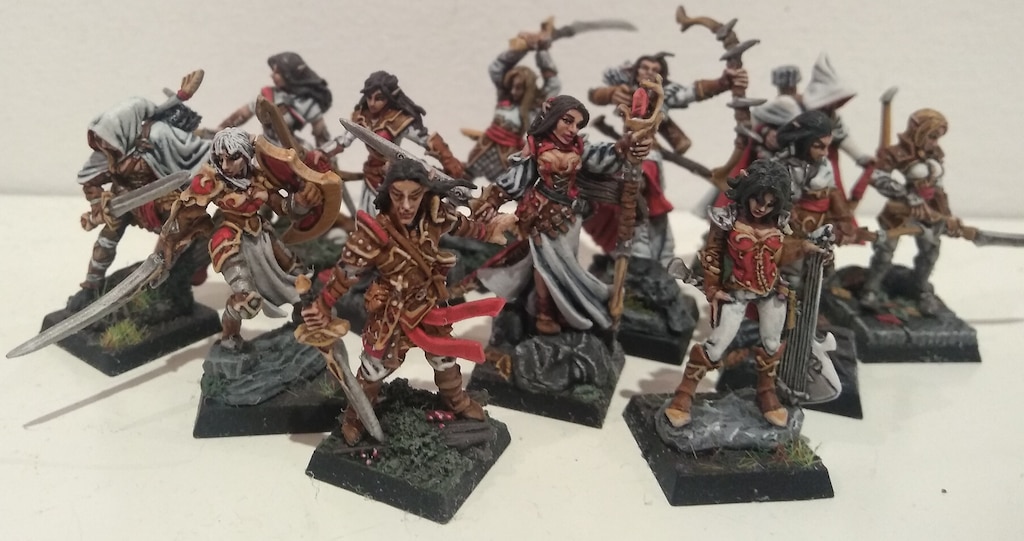 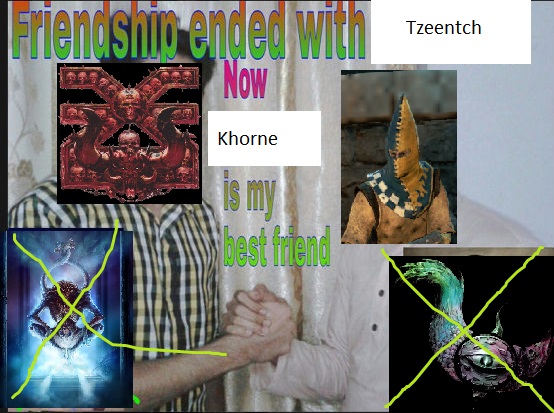 0
1
Tzeentch is an Indecisive Mollusk

Not Recommended
11.0 hrs on record
Was fun for a bit single player till you realize:
You cannot save the game it is a rogue like in a sense
Your characters can take on wounds that dont heal like missing limbs
If on the first run you loose a limb it is best to start over otherwise it is a slow trip to the bottom
If someone is injured for 5 days on the first section you will most likely not make your quota
The quota is too large
There are no hunter quests
All encounters are equal ranked war parties
All missions are skirmishes with an equal war party
Where is the hunting a monster mission?
Where is the 'oh I am behind' mission I need to catch up?
Sometimes you can do a missions and miss every swing or shot
This game could have been the top of the heap - but it is punishment till its over
Dang! Was excited till the second mission
Even the terrain rocks and is fully modular 3d rotatable climbable
(this is just like Blood Bowl in so many ways including the crappy dice algorithm and the injury roster till its over...) 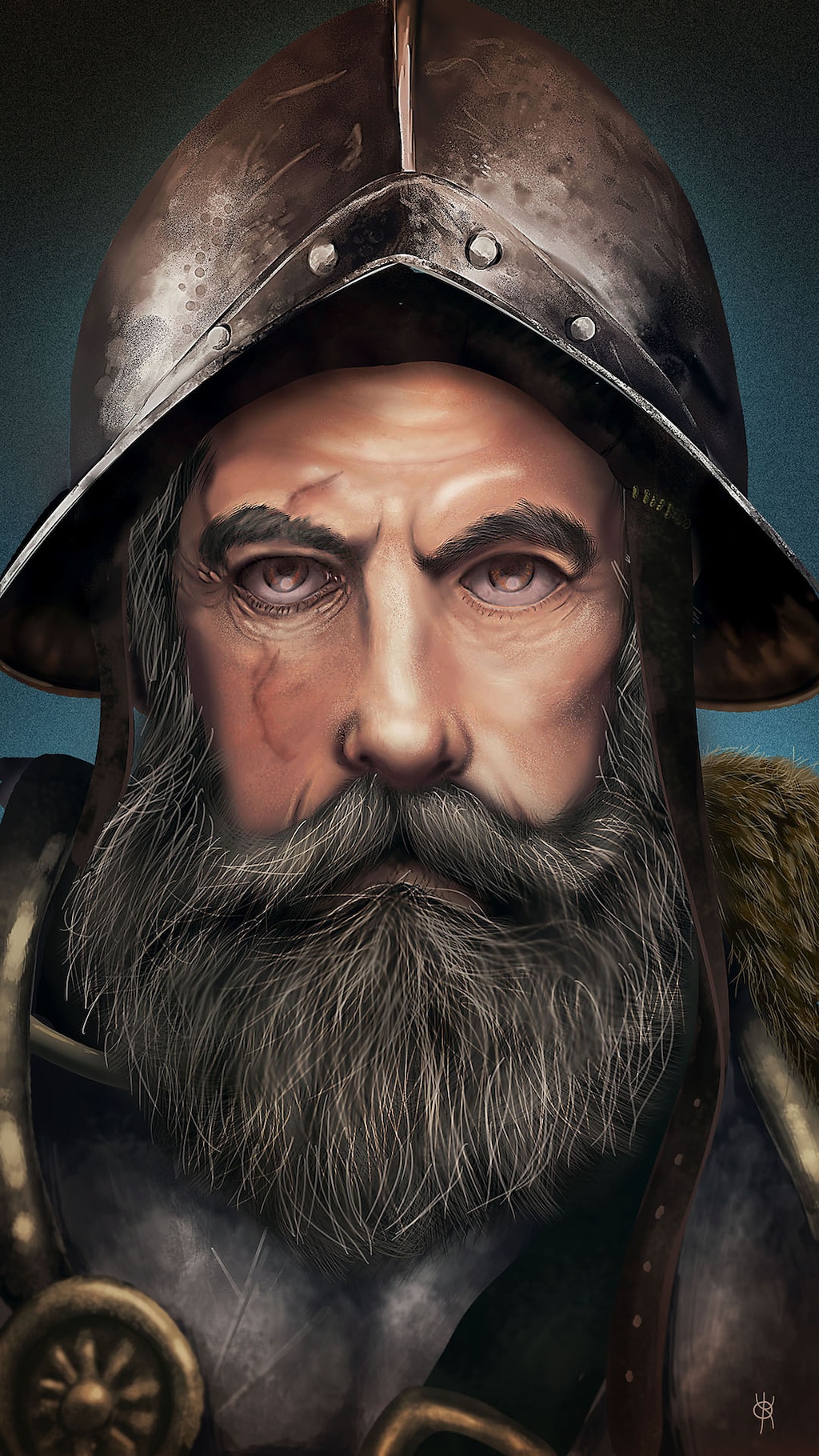 Not Recommended
85.0 hrs on record
Beautifully crafted game with tons of potential, except the fake RNG is sickening. Not that this is not uncommon in other games, but here it is painfully evident when one will miss 5 of 6 90% actions in a row. I wold much prefer a fair RNG roll but tell me the real probability. Conversely the enemy and environment commonly will roll 2 crits (less than 10% probability in a row) Wait for a deep discount to buy this or just torture yourself.

Godwoken Dovahkiin
Nov 21 @ 7:06pm
General Discussion
RNG Mod
I am looking for a mod that will add a True Random Number generator. I love the game and have 1,500+ hours in it but the rolls are making the game terrible. I don't know what is causing this but the smarter I play and the better I make builds and the more gear I acquire, (the worse my rolls get when I need them most). I don't like cheating in any game but this is getting ridiculous, I just want a legit RNG, that is not much to ask for from a game,... It's just a game! I should be enjoying it not feel che...
89

Ironsight
Nov 26 @ 10:11pm
General Discussion
So what did we think of Necromunda?
Decided to ask here because usually people here are more willing to just have a chat and the Necromunda forums are a state right now.
114

spartanspud
Oct 5 @ 1:56pm
General Discussion
Review of Paranoia Mod
I am thinking about dipping my toe into Paranoia Mod. I have not played the Witch Hunters or (properly played) the Possessed. What is the community advice on switching to Paranoia Mod to try out the WH? A review of Paranoia Mod with some specific details would help me make my decision, if you could. Collaboration with players is a definite plus. How different is it in practicality?...
28