Swords & Souls: Neverseen is a unique RPG where leveling up takes skill! Create, train and upgrade your character as you please, discover The Neverseen and its eccentric locals, and battle across the lands to foil an evil witch's plans!
$14.99
Visit the Store Page
Most popular community and official content for the past week.  (?)
Similar Games recommendation.
Any other cool games like this? Possibily with the same art style/2d animations. Thanks in advance.
2

No Longer Forgotten Achievement - Lost Children
Locations of all the lost children!
66 ratings

Swords & Souls: Neverseen 100% Achievements
How to obtain every achievement in a game that makes you grind for everything.
45 ratings 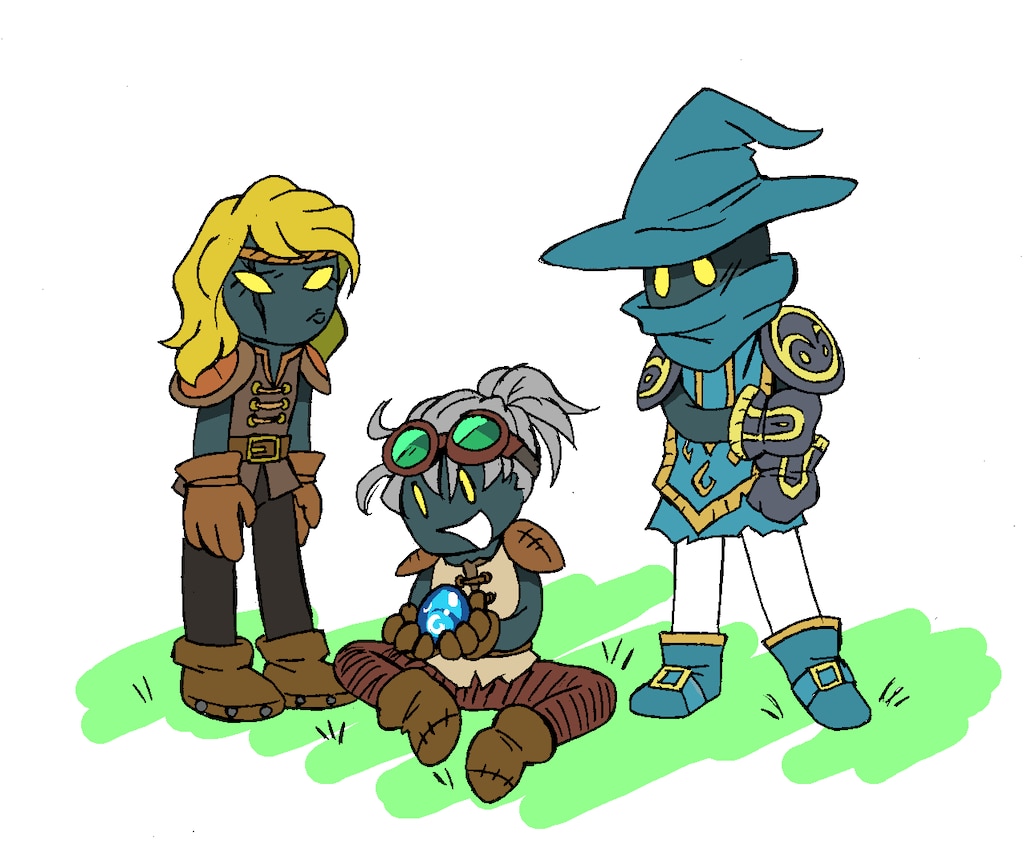 DokiDokiTsuna
View artwork
SAVE DELETION ISSUE
There is a rare bug which can corrupt your save file, makes it blank and unreadable by the game. Which cause the main menu to freeze as well. We are trying to understand how we can prevent this bug and we will patch it as soon as we find a solution. Meanwhile, if your save file get deleted you can at least fix the game by going in: C:\Users\YourName\AppData\LocalLow\SoulGame\Swords _ Souls Neverseen And delete or move away the slot file there. Sorry for the inconvenience....
35 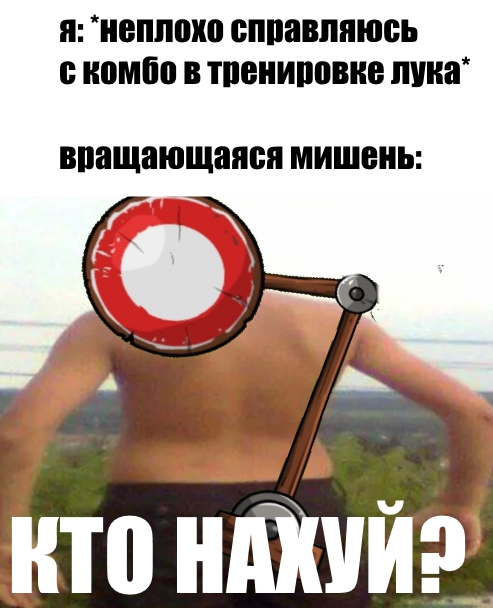 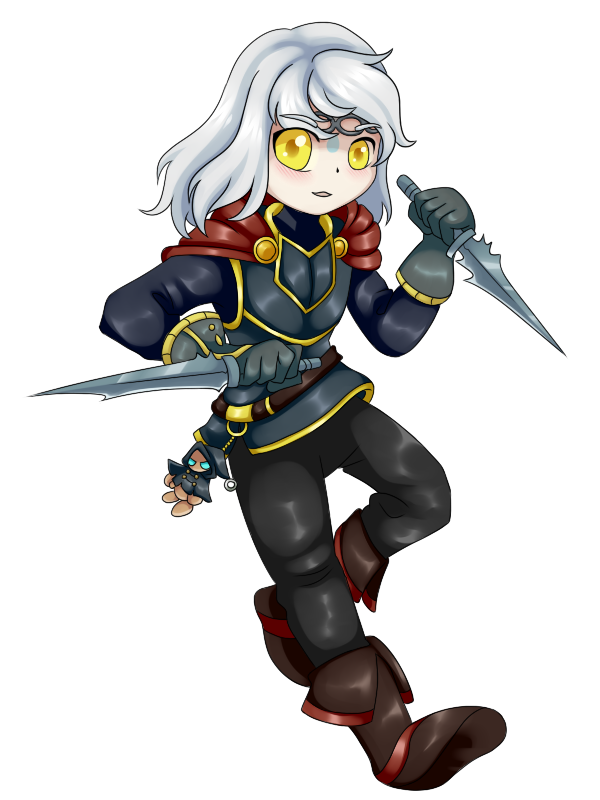 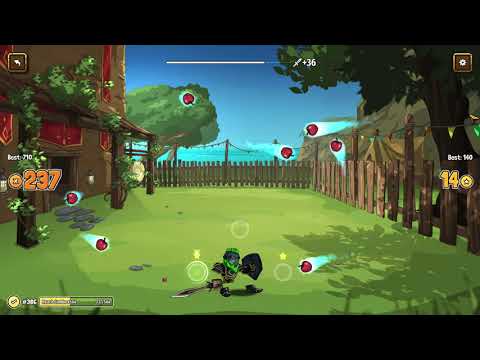 Basic and Helpful Info
This guide contacts basic information as well as some things you might not have known. Its intent is to help clarify a few things that aren't clearly shown in game or easy to overlook!
28 ratings

Guide for pets
A full guide to all the pets in the game, how to catch them and their status (Health, Power and Special Attacks).

Recommended
10.2 hrs on record
Progression-based clicker game with a focus on grindy minigames for training and a turn-based combat system. Pretty fun for a while, but there's no new variety after an hour in, and the grind's pretty boring. I finished the game in about 10 hours, and I'd say I got my entertainment for the price, but I dont think I'll ever revisit this one, I've seen everything it had to offer. 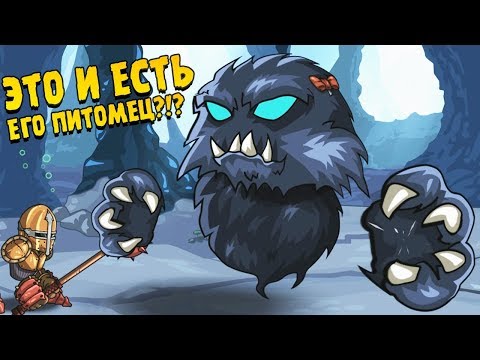 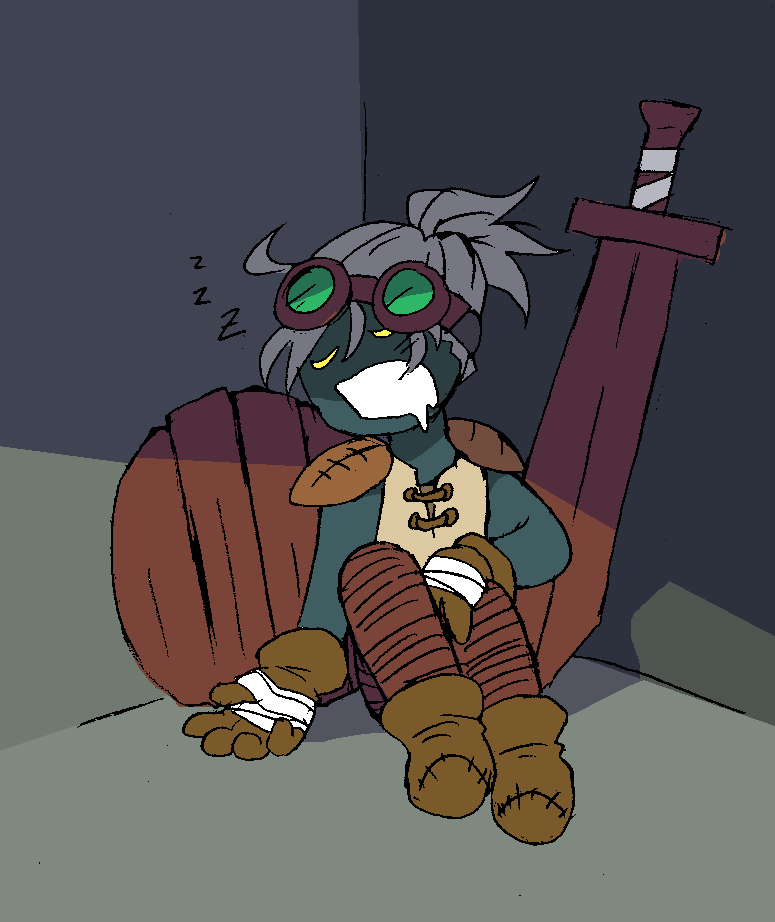 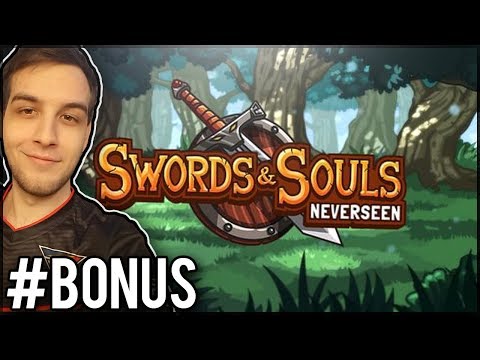 Recommended
16.1 hrs on record
Actually a very good game! I didn't expect much because it looked a bit like a lazy mobile port (like a lot of these games are nowadays) but i was very pleasently surprised. Nice character progression and combat has a lot of interesting tactical aspects. The minigames you need to do to improve your characters skill are actually quite entertaining and skillfull. Absolute recommendation for some solid 12 -15 hours of fun time.

Not Recommended
26.5 hrs on record
It was a pretty decent experience, but the amount of difficulty goes down severely when you realize you can just power-level your stats for each combat instance. It also doesn't help that power isn't specified or gauged in an easily-approachable manner for each level in the main story, often leading to times where I'd be way to weak and then over-grind trying to compensate for the power of the enemies in the level I was previously having trouble with.

The amount of content isn't that laudable either, and I wish there was some more content added in content updates with new mechanics and ways to limit your power so you'd be forced to use some of the combat moves and even some items.

And what's the after-game? An endless mode that forces you to grind even more to fight enemies that grow exponentially stronger. If the minigames for boosting stats actually scaled faster and were more interesting, sure. However, there is quite literally no reason to do the endless mode; it just recycles old enemies.

Games like this just aren't built for longevity. It falls flat extremely hard when it just becomes the same thing over and over again - granted, I did have some fun with it (as you can see with the hours I put into it). However, I just cannot recommend this game for most other consumers because of its inability to expand past what it's flash predecessor did, with only a few more interesting battle mechanics that make each battle either a breeze or quite literally impossible to win (and require more tedious grinding - fascinating). 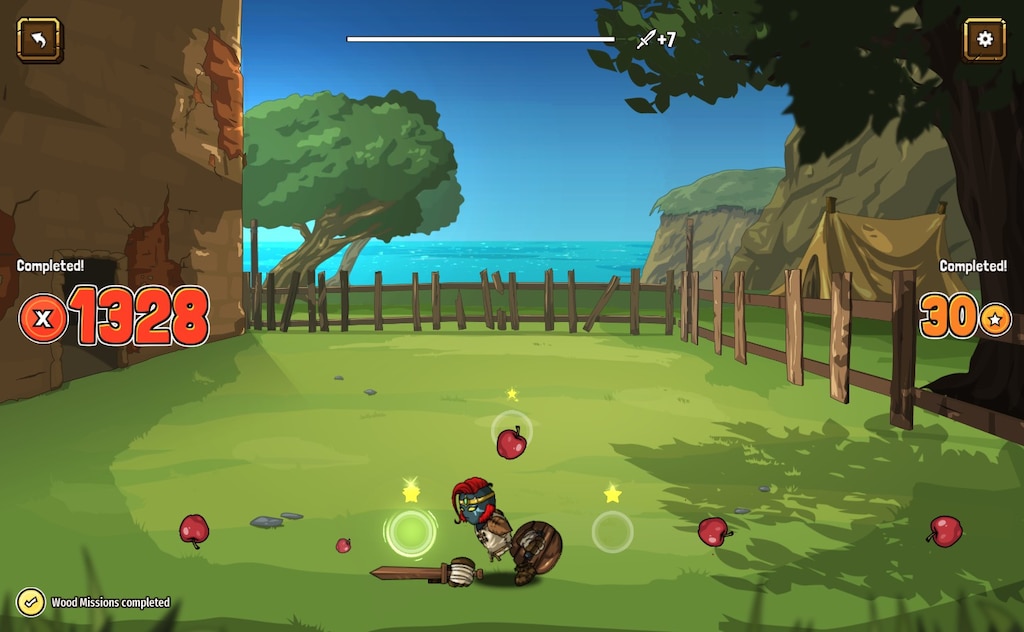 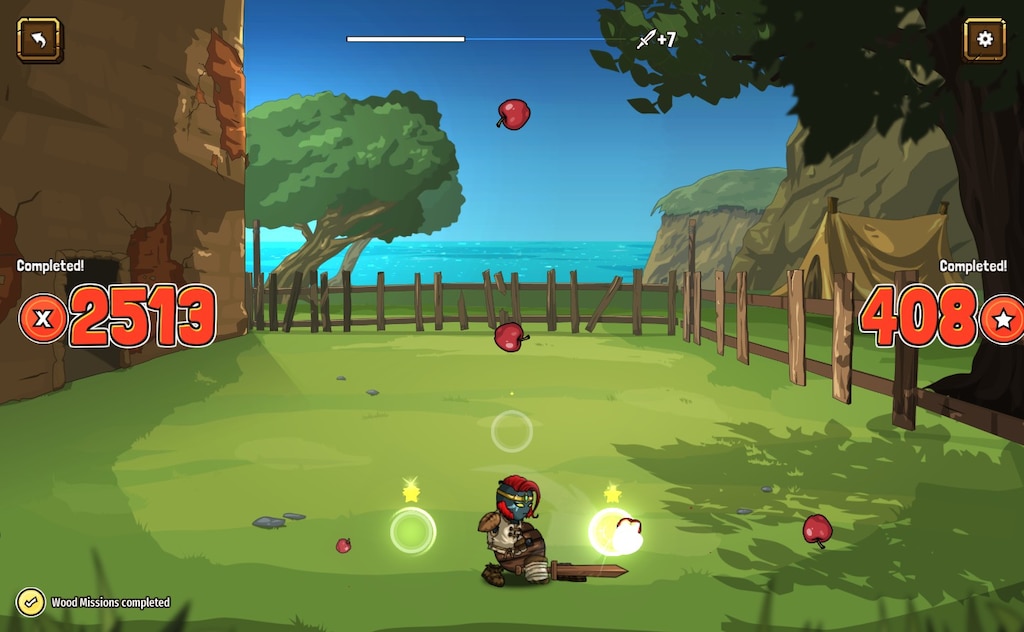 0
1
Several Cramps to the Joints. 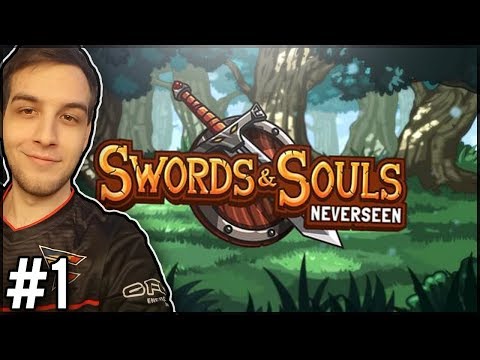 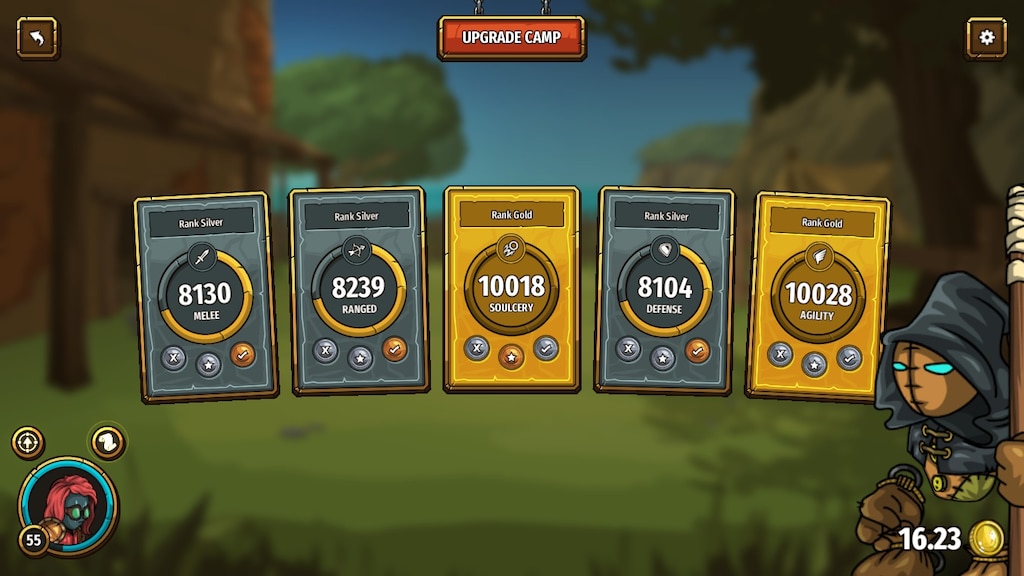 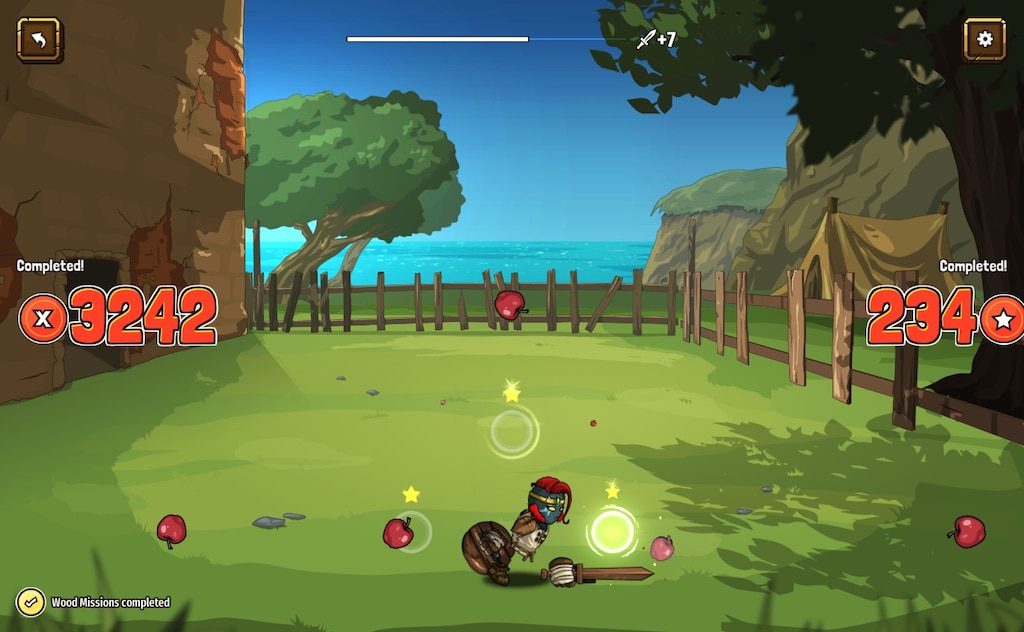 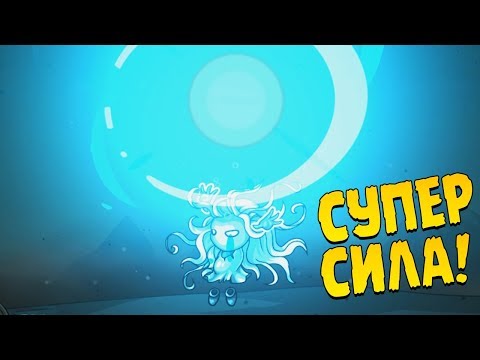 Сергей Hell Yeah!
View videos
Cant click anything once game launches.
After I launch the game, I get to the Create a Character screen, here when i move the cursor over something it will get bigger but I can't click on it. So I can't create a character, change the language, or even hit the settings button. I've been looking forward to this game for a while, hope to get a fix soon. I tried uninstalling and reinstalling, rebooting my computer, and verifiying the local files....
24

Drell-Kar
Apr 9 @ 9:04am
Bugs report
How important is dexterity/twitch?
Interested in this game, but not in any dexterity/twitch/brawler type mechanics. I do like row vs row rpg turn/timer based combat a la final fantasy. How central is the real time dexterity stuff, can you opt out? Should I get this based on what I said above? Thanks all....
10

RavenHeresy
Feb 8 @ 7:33pm
General Discussions
Fellow endless grinders, what's the next "wall" after battle 105?
I still make a habit of doing some training and endless battles today, because simply put, it's fun to play! Anyway, I couldn't help but notice there haven't been any major walls since battle 105, where you get the 3 healer bosses at once. There's been a couple tough run-ins with Biboo and Sir Pupset, but nothing even close to the challenge spike in 105. I just passed endless battle 260 now - any of you aware of a nightmare I'm about to run into? Maybe a triple healer repeat scenario? Thanks!...
12