Eador. Masters of the Broken World

Eador is a universe made of countless shards of land drifting in the Great Nothing. Each of the shards is a little world unto itself, with geography and denizens of its own. The power over the shards is bitterly contested by Masters, the immortal beings mortals believe to be gods.
$19.99
Visit the Store Page
Most popular community and official content for the past week.  (?)
Bug with item durability loss reduction skills?
I have a warrior with 40% item durability loss reduction from skill and items, but his weapon still loses 1 durability per hit. Is this a (pretty annoying) bug, or am i misunderstanding something?
4

Beginner's Guide to Eador: MoTBW (Discontinued)
In this guide, I will focus your attention on the most important features of the game specifically in the early stages of the Campaign.
45
240 ratings

Eador Achievement Guide
The purpose of this guide is to help players get all 55 achievements in Eador: Masters of the Broken World.
15
116 ratings

Introduction to Eador
The purpose of this guide is to give an overview of the general game mechanics and concepts in Eador: Masters of the Broken World.
14
99 ratings 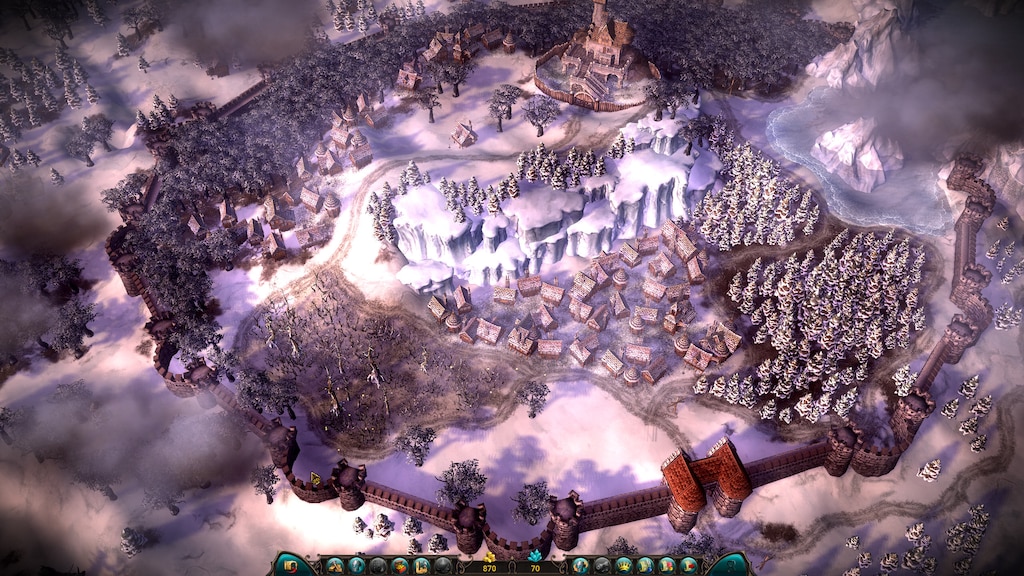 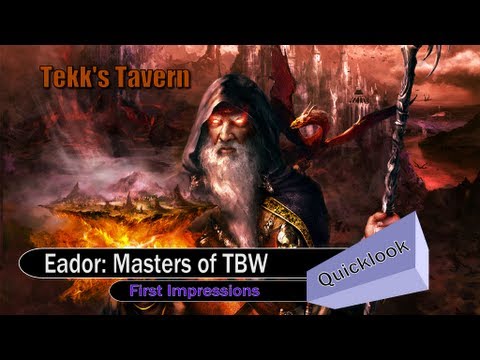 Tekkor
View videos
Mod: Fixers of the Broken World
If you want to help translating the mod to other languages than English, edit this document: https://docs.google.com/spreadsheets/d/1utozYmJo8J2omQxxccGGzQ2lF-1OCV42YW7Ee58wkPU/edit?usp=sharing Hotfix 30th Dec 2018. - Spells cast on a corpse of an ally ...
230

Jagulars
May 22 @ 3:13am
General discussion
Video 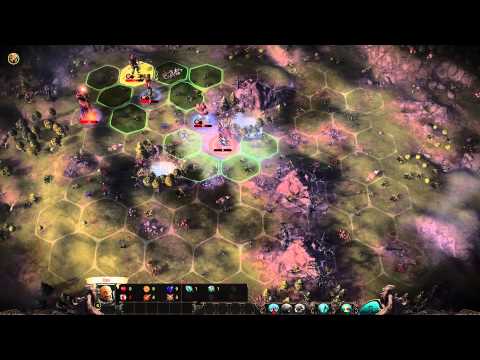 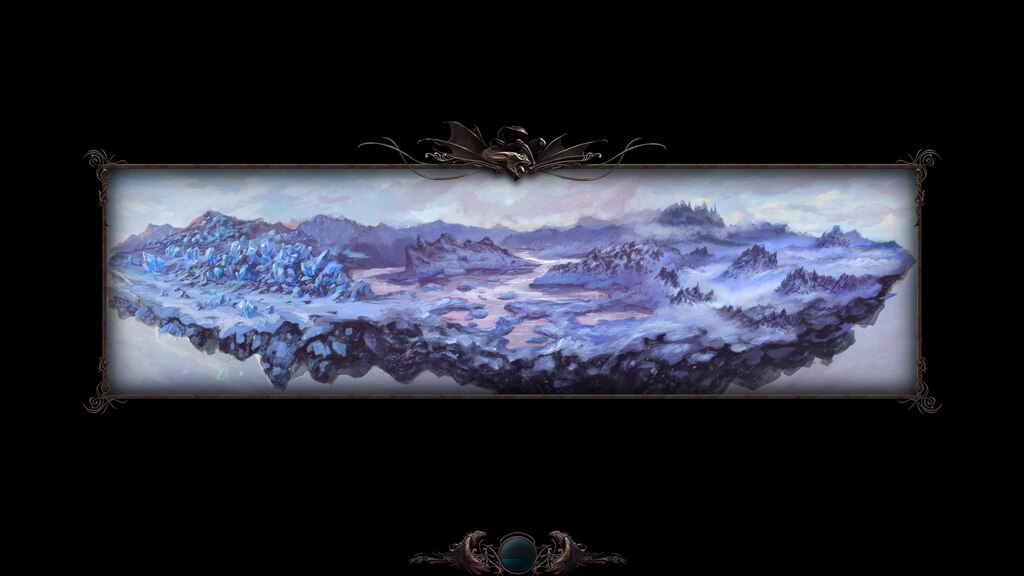 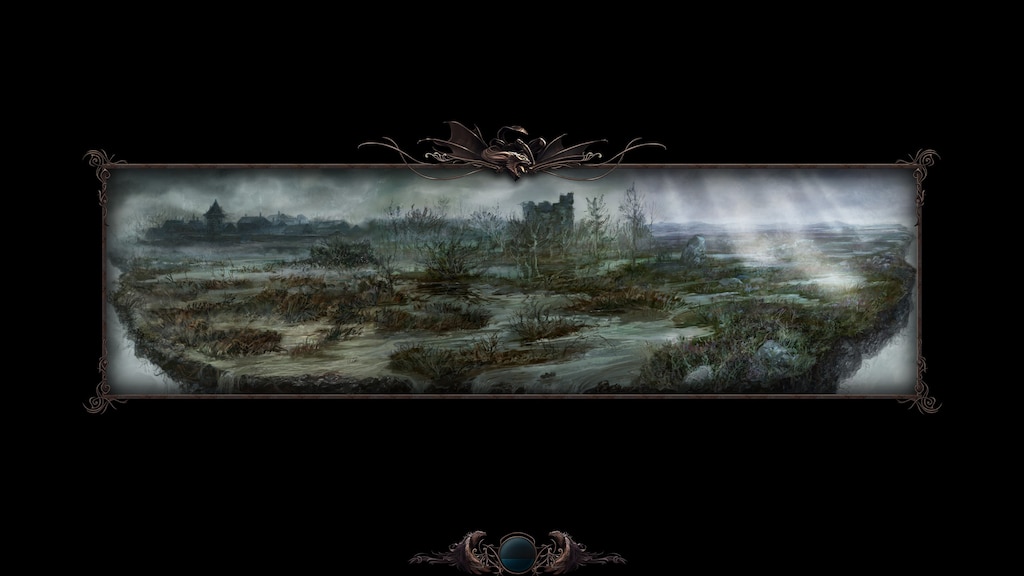 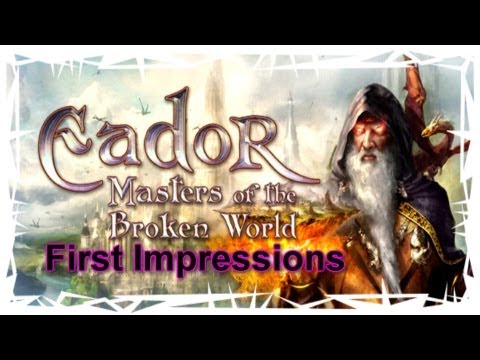 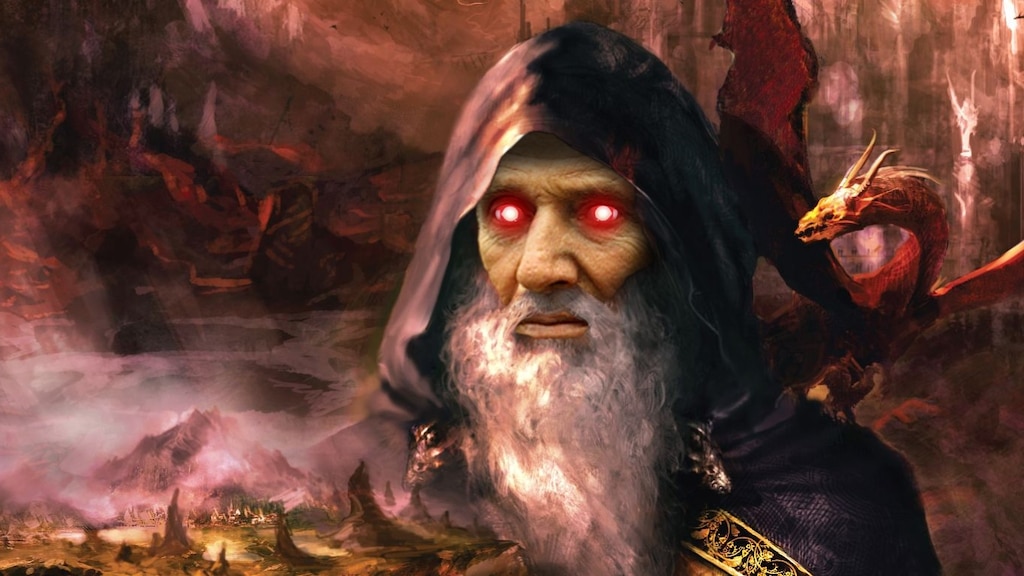 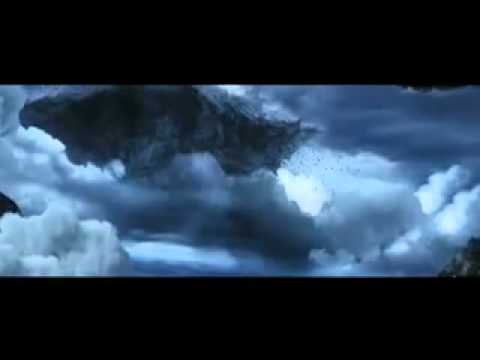 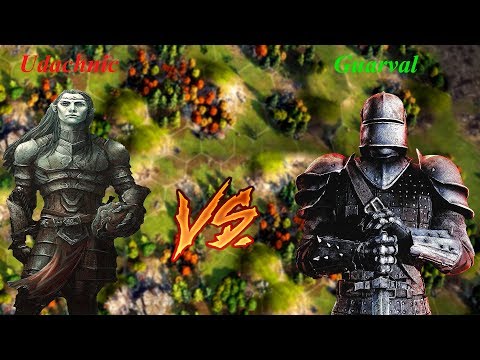 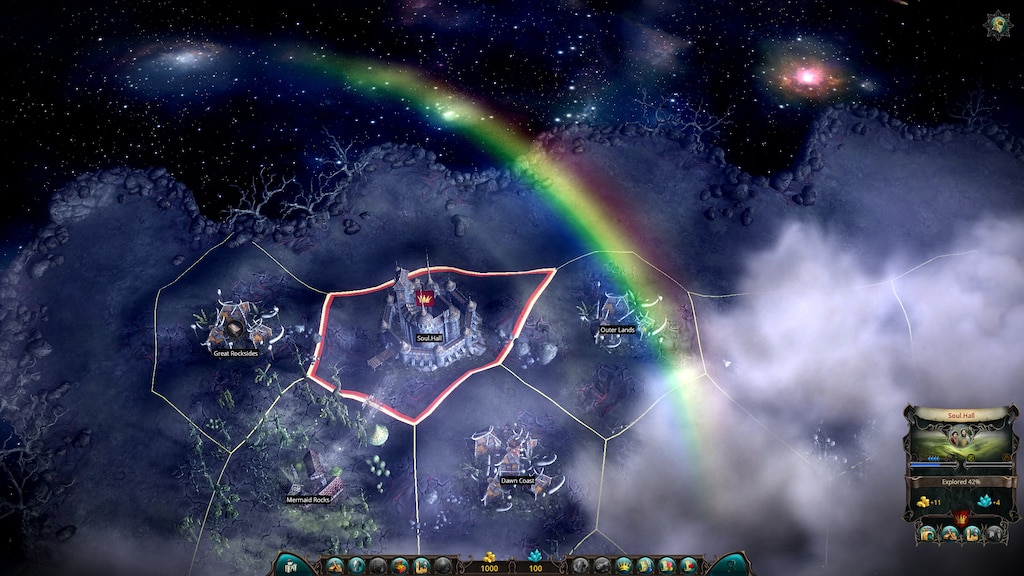 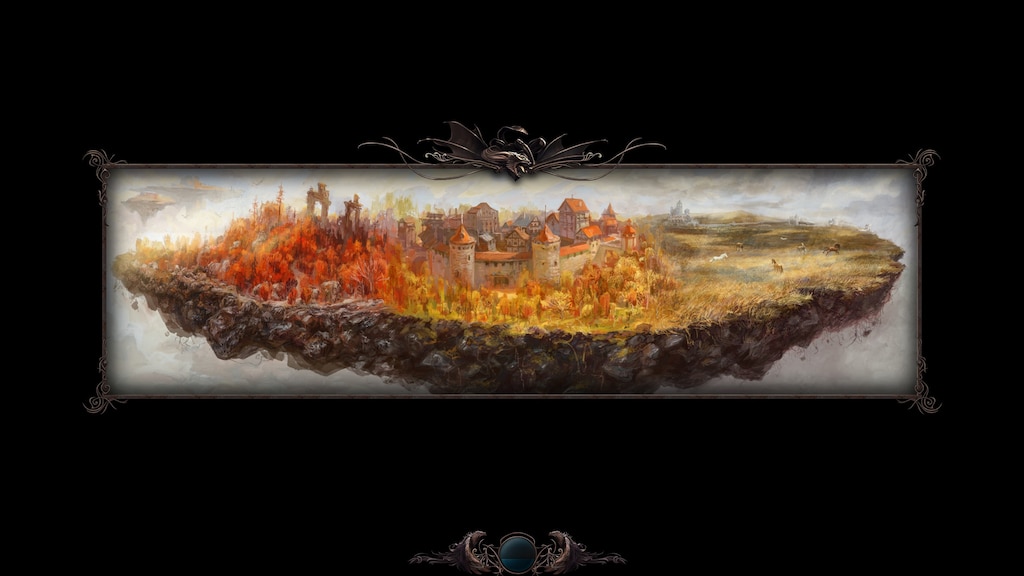 Not Recommended
12.1 hrs on record
I’ve tried to play this game once again and once again it became an unsatisfactory taste in my mouth. The concept behind the game is to not lose your main shard and obtain other shards (you could look at as floating islands in space) to make a bigger shard to fight off the impending doom of chaos (evil creatures). You yourself are a deity that creates life on these shards and obtain their power to become stronger in the long run. You’ll eventually fight other ‘masters’ that you can align yourself with or become their rival.

Even when you ‘lose’ a shard the game isn’t over which is a nice touch because you can claim another shard which will help you progress. When you do start on a shard you’ll start with nothing unless you had a hero from the first shard carry over. Each time you start on a new shard it is like you’re starting from scratch again. With that being said, unless you have enough of this energy don’t expect to be taking a hero over to the next shard. The concept is there and I like that in terms of persistency with heroes, but it was flawed. The tutorial was a joke. It doesn’t explain a lot of the concepts or the features within the game. What do these icons do? Oh, using the cursor over the icon reveals nothing!

The UI was clunky and it felt out of place. It almost felt like a puzzle trying to find the same things at times or you’d have three different ways to access your hero’s inventory of course using keybinds on some of the UI were there(e.g. hero inventory). You get to right click to build one building at a time if it isn’t your stronghold, you move to the provinces but the way the game lets you know is barely there. At times you have to click the hero or read the red texting hoping the hero is either exploring or moving to an area that you requested. Oh, and you can’t ‘unclick’ the hero. In case you left click well the hero goes there now.

Every shard opens up an opportunity to give you an upgrade from the prior shard. I can live with that. Get more stuff the more you progress. But how come the NPCs get to take over the entire shard before you can even set yourself up? Why does the NPCs already taken half the shard when you still got slingers. Resources at the beginning are extremely slow if not almost abysmal. You got manage quickly or expect to lose a shard early on. You gather more coins and gems once you completely explore a province, you get gold/gems from buildings, quests, exploring and killing monsters, and selling the gear you get back. I mean it sounds nice, but the balance of it all is out of its mind.

The combat is similar to that of King’s Bounty and Battle Brothers, but more mediocre with King’s Bounty. The combat is hexed format so this brings in opportunity such as backstabs, flanking, and attacking from a far; it also has environmental advantages (e.g. hills, plains) and disadvantages (swamps, etc.) You can cast spells or scrolls or both depending who you are. With that being said, the enemies that spawn can be very easily taken down or broken if you are to face off against multiple dragons or medusas or golems at high level.

I played a Scout, Wizard, and Commander. Commander just boosts your army and helps win fights like no one’s business. I mean, clearly the clean cut pick. Scout was really well picking off everyone on the map at long distances and never losing people. Mages… I have no idea. Bastard never lived long enough to do any worth, lol. Also, the local lords and Masters have their own ‘hero’ type and will also fight against your hero.

Don’t get me wrong the exploration is a nice touch, but to endure 2%-4% to get to 100% on province turn after turn after turn (that’s base depending on hero – unless you throw in items, talents, and buildings) can become boring and quick. The building in your stronghold was a mess too. You have a dial for all your buildings and tiers, but as I said earlier it comes through the shards, but you have to build A and B to make C. Nothing bad in that concept.

The problem why I couldn’t enjoy the game was balance issues, clunky UI, lack of description on what is going on or what icons are used for what, or popularity for cities; the limitation of what can be built to improve your morale, happiness, or the strength of your army. Heroes that felt off-putting or too strong for one category. How the combat is so repetitive that I would just auto attack and spam E (next turn keybind) to hurry up. The game almost felt like a chore instead of something fun and entertaining. It just felt like you were doing the dishes, unless you like doing the dishes.

I personally didn’t see any bugs or crashes as other people have, but I’d say if you’re wary on a title like this buy it on a sale or play a demo or watch a YouTube video if available. I just can’t recommend it. 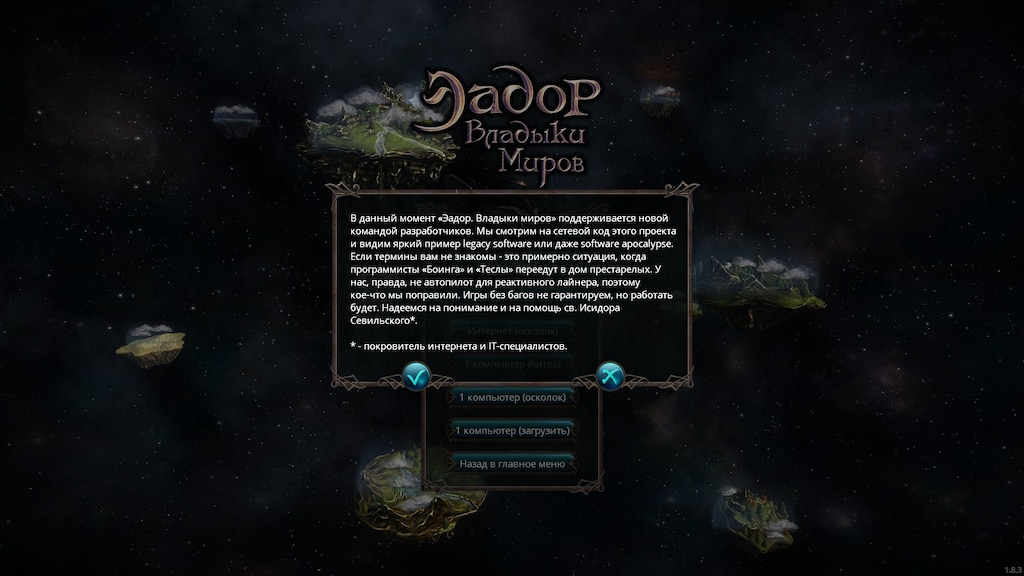 Snowbird Games
Jan 6 @ 4:59am
General discussion
Most problematic bugs — Top-3
Hi guys, We are now in the middle of another bugfixing process and this time we'd like to take into consideration some high-priority problems that we might not yet have encountered (or have already fixed). Could you please list three most problematic bu...
532

Snowbird Games
Apr 7 @ 6:10am
General discussion
Eador — What's next?
Hi guys, While we continue to work on improving the game's stability we thought that it's probably time to find out what our players would like to see next in the game . We've already seen some great suggestions from the community but it'll be more conv...
349

Snowbird Games
Aug 30, 2019 @ 10:06pm
General discussion
No one has rated this review as helpful yet

Recommended
12.0 hrs on record
Its a turn based RPG that reminded me of realms of magic and the original heroes of might and magic, both of which I enjoyed. If you enjoy that sort of gameplay you will enjoy this game.