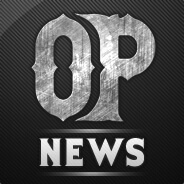 What do you do!?
We report on the most popular and talked about game related topics from around the web. Not shy to announce all things gaming across all platforms, ages and genres. We also create unique articles and inform OP members about news and events from the Opium Pulses world.

Where does it come from?
We scour the internet daily to find the hottest subjects to report on. We don't often source our findings but we're happy to show people to the original report if requested. We make sure the news and articles we publish are interesting and diverse to reach and excite the broader majority of our members.

What is different about you guys?
What seperates us from other news outlets is that we report and announce our news / articles uniquely and in a relaxed way. We aim to inform our members with a personal spin that feels familiar. We're just gamers like you, afterall. We also allow our members to tip us news in the group comments and give you a name-check if it gets announced!


Our giveaway events are handled in our official giveaway group, same goes for trades and deals in our trading and saving groups.

We're currently seeking talented gamers to help build and mould our brand into something truly unique that members of our community can feel an attachment to.

Opium Pulses - Pulsing Through Your Games.
Please visit our official pages to the right and below.

Happy December to you all!

To welcome the festive season we're kicking off a fan art competition to win OP store credit and a chance to have your art officially featured in this year's Opium Pulses Christmas Sale.

We'd like our community to draw our mascot 'Opius' with a movie theme of their choice (Gremlins, Home Alone, Frozen, Ghostbusters, Child's Play, Toy Story, E.T. etc.) - a picture of Opius can be seen here: https://imgur.com/a/lAnxtFL

The winners will be picked sometime before December 17th, when our sale and on-site giveaway celebrations will begin. The winning piece of art will be used as the official artwork for the sale and giveaways that follow.

- PLEASE EMAIL ALL SUBMISSIONS TO: admin@opiumpulses.com
- Make sure to sign your art, whether physical or digital.
- Any submissions added to the site will be credited and link to your profile.
Read More
Opium Pulses Arcade V4.0 is Finally Here!
August 8, 2021 - SlipSlot | 2 Comments

A few weeks ago we announced a further 30 HTML5 games making their way to the Arcade, including a few ports of our older Flash games. We enjoyed this expansion and decided we could do better, so immediately got back to work and pulled together another 100 or so titles to bring the total count of HTML5 games to over 180 titles, including more Flash conversions and classic MS-DOS and PC titles.

Unfortunately part of this decision was to purge roughly 250 Flash and Unity Web Player games from the Arcade entirely, including fan favourites, a few of which that sat in our top ten most played games.

We've typed up the complete list of changes and the reasons behind the choices we had to make in the article below.

Experience everything new the Arcade has to offer here: https://www.opiumpulses.com/arcade
We knew we had some of these choices coming, as written about in our 2019 article The Upcoming Death of Two Decade’s Worth of Browser Games[www.opiumpulses.com] But we'd be curious to know if Arcade fans feel we made the right choices?

Let us know in the comments below.
Read More
VIEW ALL (182)
STEAM CURATOR
Opium Pulses reviews
"Honest Views and Thoughts on Games From Every Genre."
Here are a few recent reviews by Opium Pulses

May 12 @ 2:55pm
If you get a message from SlipSlot please dont open the link as they have been hacked :(

Call of Duty: World at War

Fallout 3 - Game of the Year Edition