Dishonored is an immersive first-person action game that casts you as a supernatural assassin driven by revenge. With Dishonored’s flexible combat system, creatively eliminate your targets as you combine the supernatural abilities, weapons and unusual gadgets at your disposal.
$9.99
Visit the Store Page
Most popular community and official content for the past week.  (?)
Game not owned?
When im trying to review Dishonored after i completed it, there's an error occuring that i can't post a review, so i went up to a steam store site of the game and it turns out that the steam says i dont have the game in steam store with dlc's (that i do have) i can still install the game but steam keeps thinking i do not own the game. Any fix? I also tried steam > settings > download > clear downloading cache but didn't do anything at all....
18

itai
May 1 @ 2:19am
General Discussions
Guide

Dishonored: All Canonical Choices! - What did Corvo do?
This guide will cover all the Canonical choices made by Corvo Attano in Dishonored, no matter how small! Hope this helps and is intresting to you Dishonored fans! Guide will contain lots of spoilers!
311 ratings 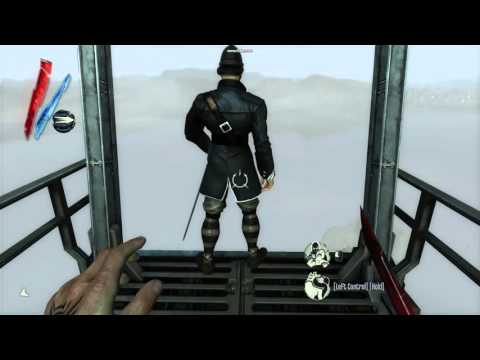 4
8
Not Once Has He Lost A Sword Fight

cascadia
View videos
Refunds
So i have only played the game for about 6 hours. And the game is extremely boring and i bought it 5 or 6 days ago and couldn't refund as i was on holiday and was everywhere but home. Does anyone know how to get steams attention so that they may refund my purchase?...
11 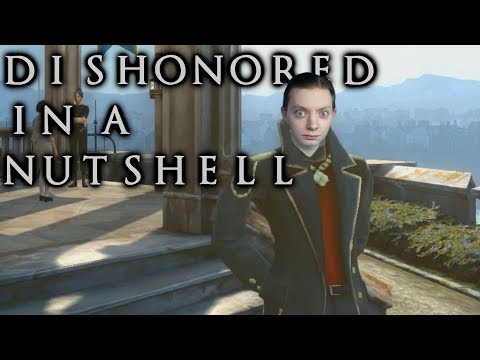 1
4
Dishonored In A Nutshell 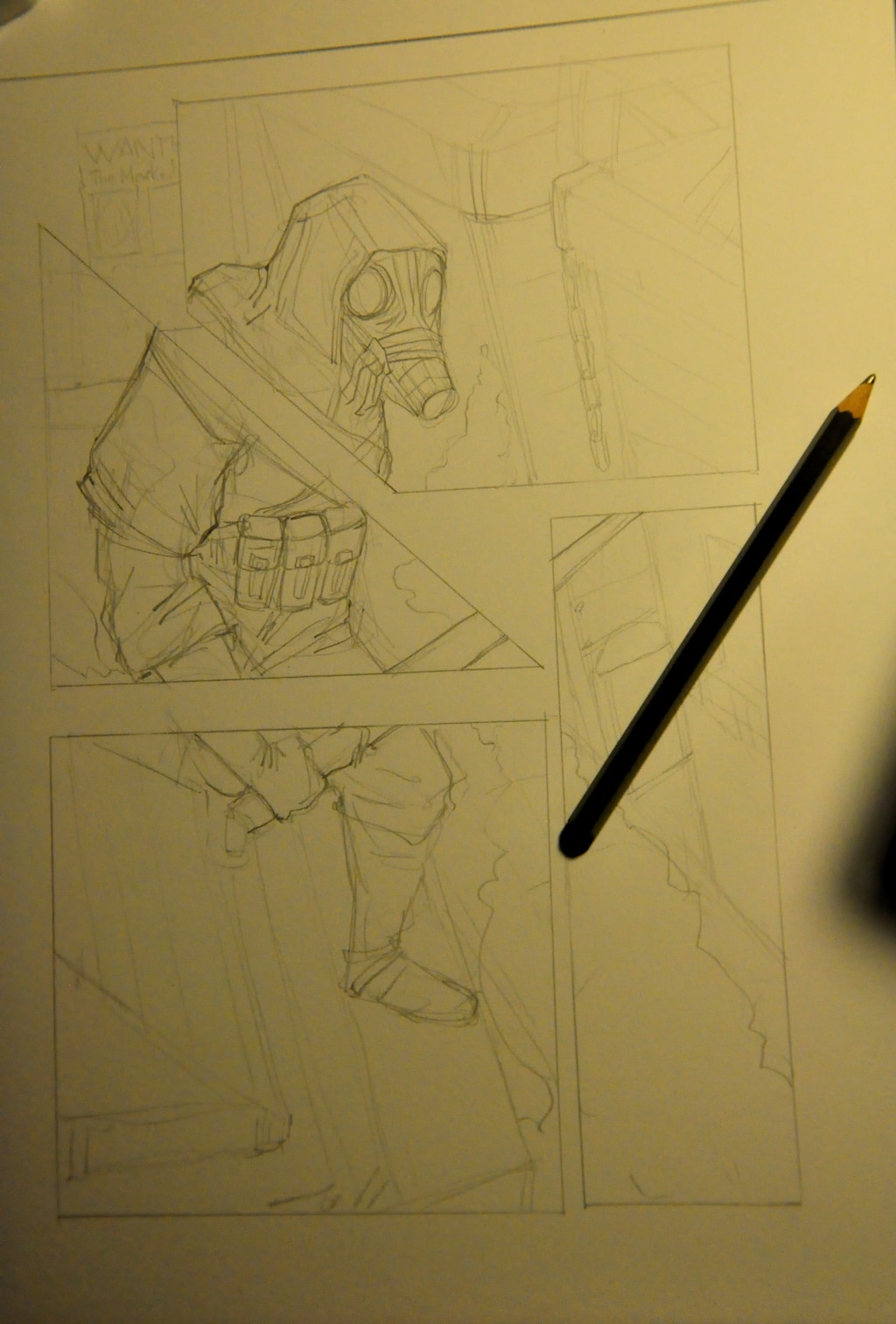 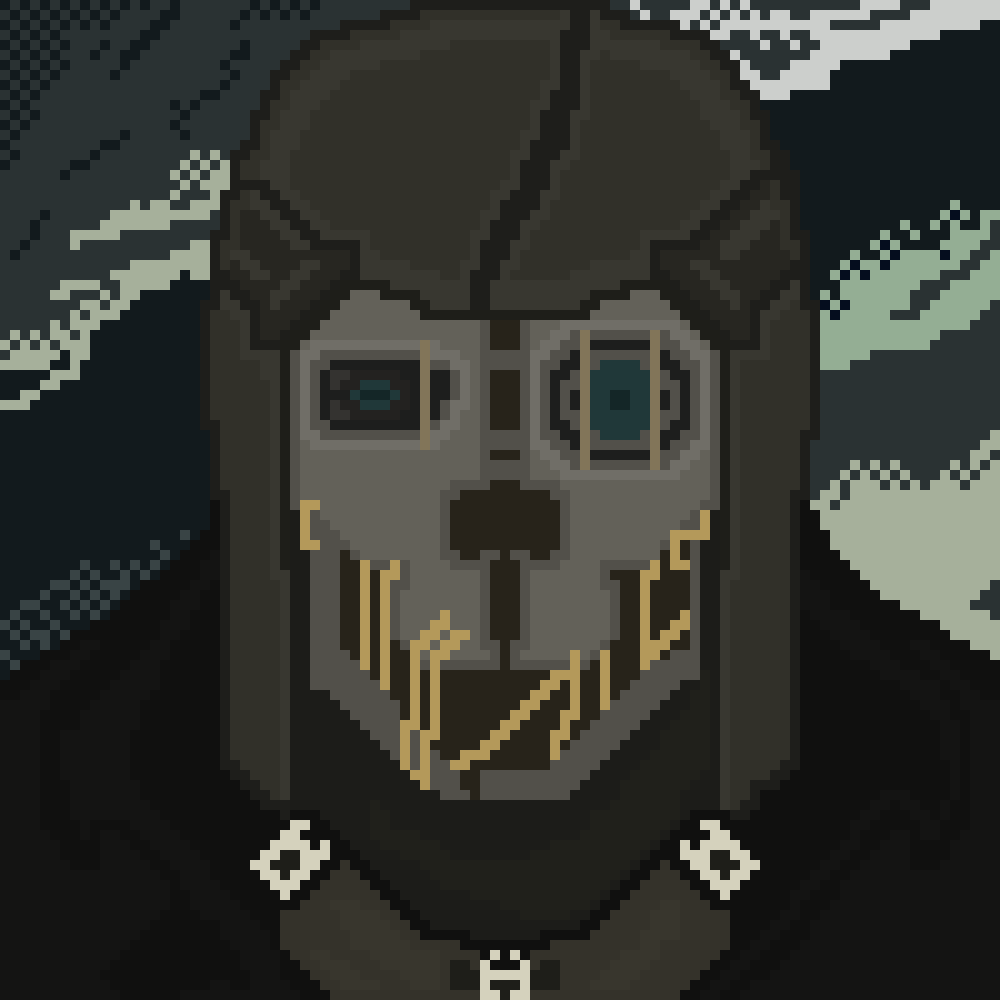 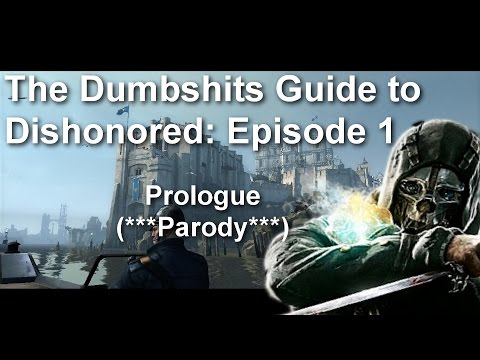 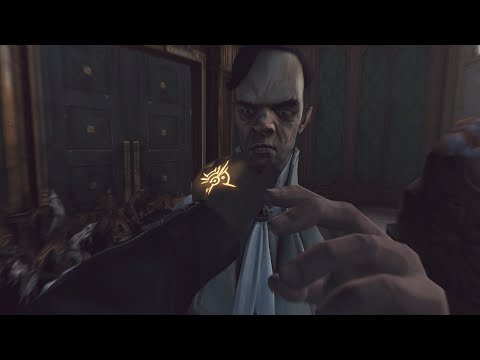 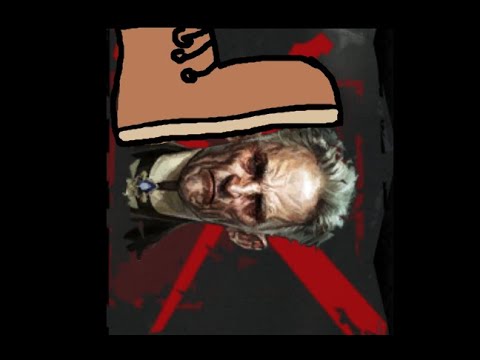 Recommended
30.8 hrs on record
Product received for free
“You show one sign of the plague and it’s ‘your citizenship has been revoked’. Over the wall you go, into the water.”

The port city of Dunwall, reliant for power on whale oil, is under siege; plague-bearing rats swell in the streets and those that walk them bleed from the eyes. Now the Empress is dead – murdered – and the princess has been kidnapped. In her place step the murderers, pointing their fingers anywhere but themselves, to install a brutal tyranny. The once loyal Spymaster anoints himself ‘Lord Regent’, and eventually his finger settles on you, Corvo Attano, failed Royal Protector, to take the fall for his crimes.

The sick and the poor become the targets of the Regent’s heavy-handed police force, who patrol the city on stilts and hide behind their Walls of Light – a once promising technology turned to terror. There’s no cure for the plague, only an elixir that guards against it, but that’s the preserve of the rich and powerful. Someone’s made a knock-off, but still few can afford it. And it wouldn’t do any good. Not in the end.

When the eyes weep blood.

“SEND US FOOD NOT BULLETS”

2012’s Dishonored is the true successor to Looking Glass Studios’ immersive sims, most notably Thief, of which this feels like a spiritual sequel in many ways, from its sneaky gameplay to its strange fusion of industry and magic. I count those immersive sims as some of my absolute favourite games, so it’s a mystery as to why I’ve only now, almost a decade later, gotten around to playing Dishonored.

Because we’re basically made for one another...

There is so much that I love about this game. I was compelled to complete it within days, which is likely the highest compliment I can gift Arkane Studios’ work. Dishonored is compulsively enjoyable; if its goal was to create the feeling of being a master assassin (which, yes, it was), then it succeeded. Life as Corvo Attano in Dunwall is one of supernatural power. Thief’s hero, Garrett, was a lot of things, but a powerful assassin he was not (don’t even bother getting your sword out). Corvo on the other hand can teleport behind enemies to slit their throats, see through walls, and stop time to carry out his tasks before anyone knew he was even there.

And it’s incredibly fun doing so. Dishonored is near seamless in its ability to create this perception of power, and each mission offers new opportunities to exercise it, from sumptuous masked balls to gaudy brothels.

Dunwall is a living place, seeped in the virtues of its heroes and the sins of its villains. In other words: a city. How you tackle it is up to you. The wealth of options on offer is staggering.

“Too many good people here to let it all turn to ashes.”

Much has been made of Dishonored's world-building. It’s true that it crafts a distinctive world with texture and grit, but I don’t think it ever truly digs beneath its own surface. At least not enough to matter. And world-building is no substitute for a compelling story filled with interesting characters, which is the game’s foremost shortcoming.

The story it tells is inadequate to the talents of those who penned it. There are some whip smart people behind this game, developers I love and respect – folks like Harvey Smith, Terri Brosius, and Austin Grossman. But somehow they mismanage the telling of this tale in a way that I’m still trying to wrap my head around.

It’s a story where nothing happens until two thirds of the way through, in an almost identical error in pacing to Bioshock. You know what that turning point is by virtue of the fact that, owing to a lack of development and character drama, only one thing can happen (for a lesson in how to avoid this, see the original Deus Ex).

It’s a problem with a lot of gaming narratives; they eschew the ebb and flow of drama that makes stories worth following in favour of piling everything into a single big twist, doing nothing either side of it. I’m astounded that the terrific folks behind this tale both got away with it and that gaming culture at large let them. Is it a problem with how we look at narrative in games? Maybe. But I really don't think this is how it should be done.

It’s a shame; the premise is so good. It works its way to an effective and powerful final scene, but I find it hard not to feel disappointment at what that scene could have been if the game had bothered to do the dramatic legwork leading up to it. Of course, lots of people disagree with me, and that's fine. I'm not trying to set myself up as some kind of arbiter on how things Ought to be Done. But I can at least try and convey how I feel, and I know I've experienced better than this by its genius developers.

Luckily for Dishonored every other part of it is exemplary. It’s a beautiful game, something like a water colour painting – clouds etched across the horizon, dazzling reds and oranges dusting a world made of blackened stone and rusting metal.

There’s more here that works than doesn’t, and it nails the bit that matters – namely the act of playing. In this it is a true and worthy successor to Thief, but more needed to be done to elevate it yet higher… And the people at the helm were equal to that task tenfold, which maybe skewed my expectations.

By My Hand Alone: Easiest Method
If you want By My Hand Alone Dishonored Achievement, this is the easiest way to get it. There's no cheat to this; there is still skill involved. There's a reason it's so rare. However, these strategies will help you get this more easily. This is a simpli... 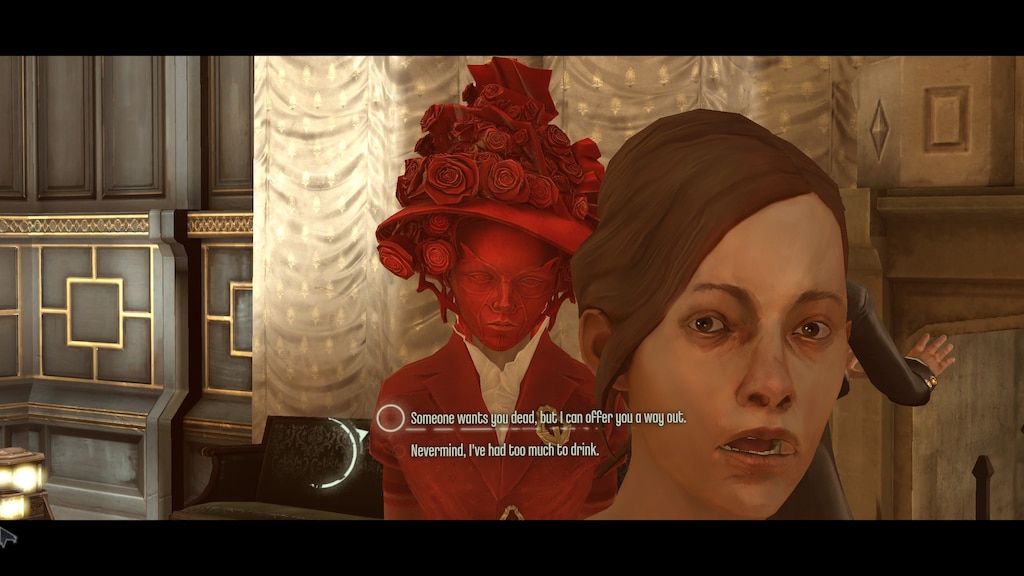 Recommended
0.7 hrs on record
when i vacationed in japan i dishonored many women 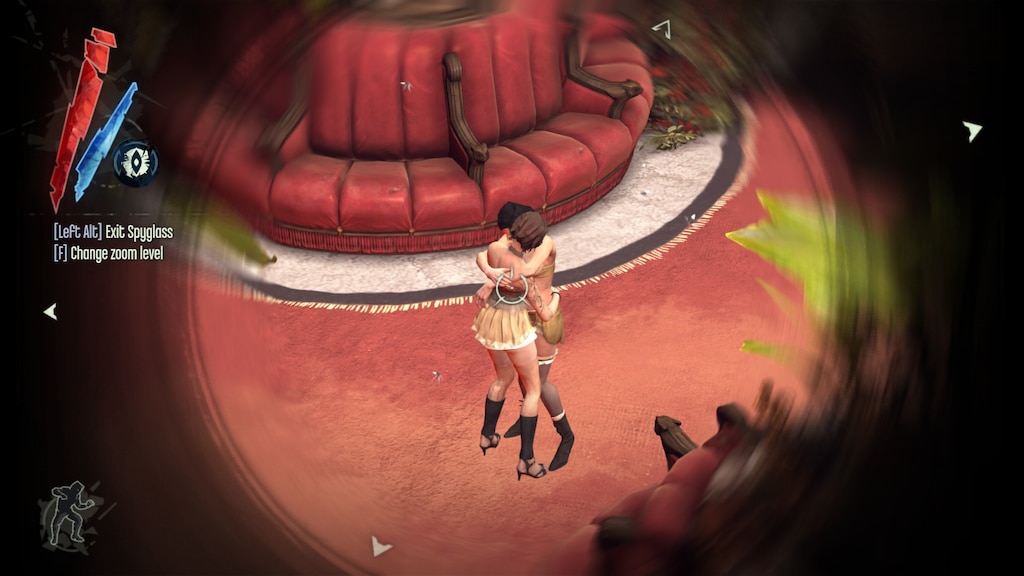 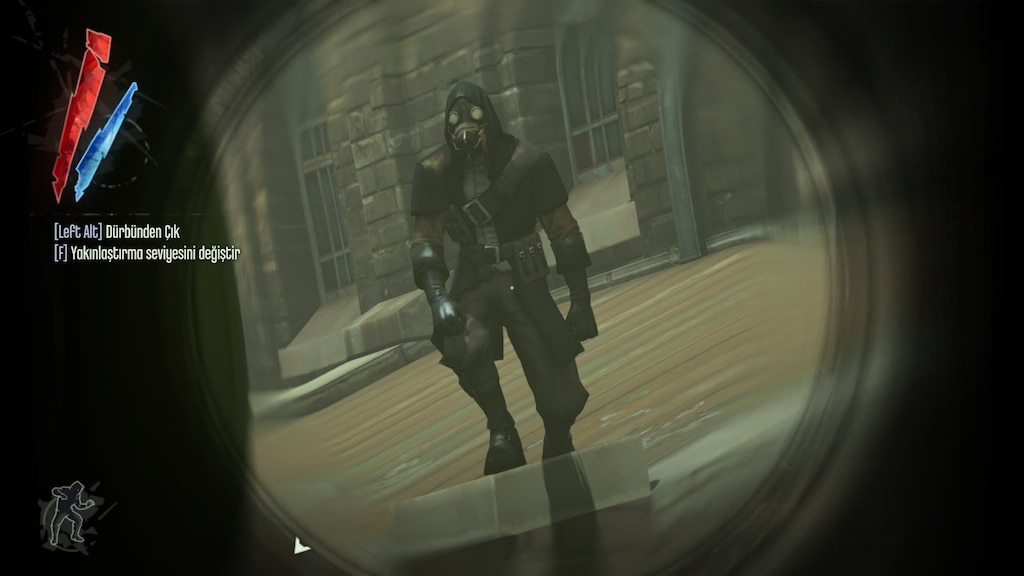 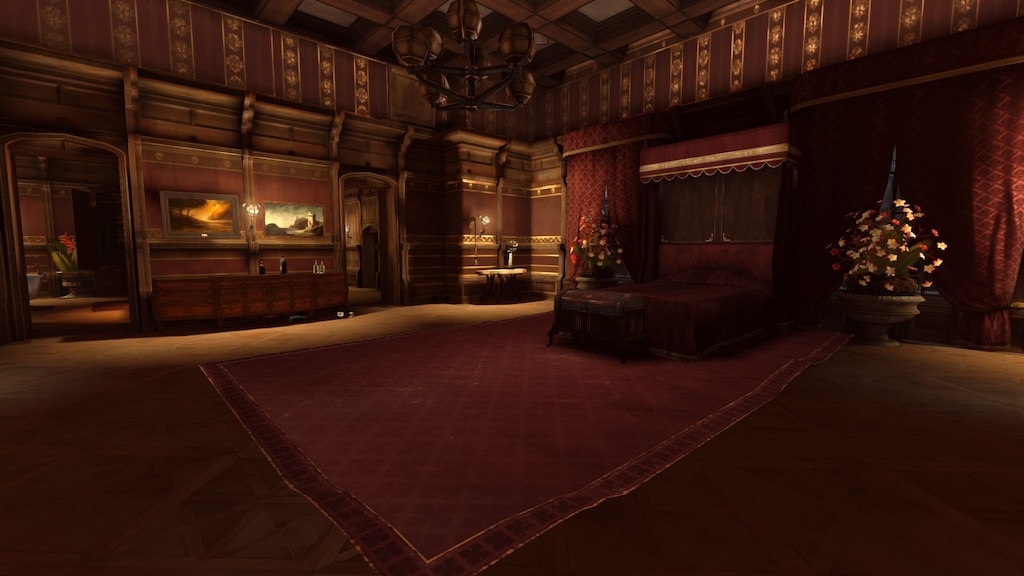 🍇Montresor🍇
View screenshots
Questions about Clean Hands achievement
Hey there. I'm playing third time for this achievement and I want to get it this time but I have two questions: 1) For example I rigged a tower to kill someone/a group of people or reversing the effects of a wall of light nad finishing them of that way. Does it count mine? 2) Killing guard dogs and gravehounds disable this achievement? Thanks for answering...
7

Rynkar
May 2 @ 4:58pm
General Discussions
The Abbey of the Everyman remind me of
The Abbey of the Everyman reminds me of the League of Militant Atheists/Society of the Godless (1925-1947) under the USSR with its organized, state-sponsored, Marxist ideology. Similarities include the desire to eradicate opposing faith belief-systems, aversion to supernaturalism, and intolerance of free worship. At first League efforts primarily focused on Bolshevik propaganda and publications with about 800 million pages being printed by 1930. Indoctrination of school children were taught the dangers...
4

Jesus-is-Grace
May 2 @ 11:24am
General Discussions
We need Chinese
Hi, we really need Chinese. I really like this game.
3