You are an Exile, struggling to survive on the dark continent of Wraeclast, as you fight to earn power that will allow you to exact your revenge against those who wronged you. Created by hardcore gamers, Path of Exile is an online Action RPG set in a dark fantasy world.
Visit the Store Page
Most popular community and official content for the past week.  (?)
Divination Card Stories - The One That Got Away
4:57pm
Many of our supporters (and winners of competitions!) have had the opportunity to design a Divination Card with us. A lot of them come with an amazing story or hidden meanings and we wanted to share these with the community! We talked with IronVsWild who designed the "The One That Got Away" Divination Card to learn the story behind their design. 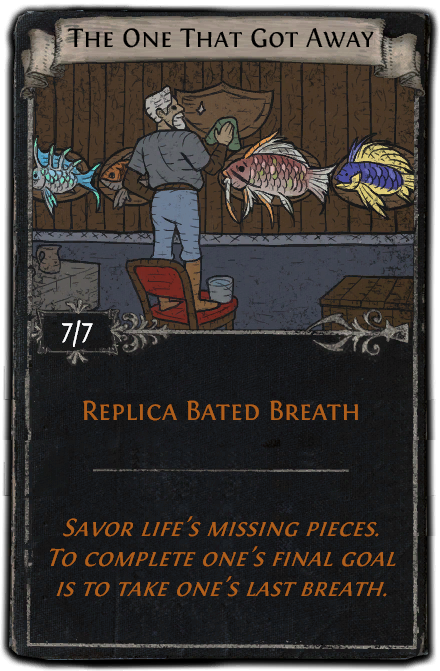 Not many things manage to hold my attention for long periods of time. When I find something that does, I will gladly pour thousands of hours and hundreds of dollars into it over time. If I'm going to be interested in something for that many hours, I want to experience the best it has to offer.

To understand this card, you have to understand the path that led me to it. I honestly have no idea how I started playing Path of Exile. I've never played on Steam and I don't have any friends that play. But somehow, I ended up here during Legacy league. After a few days, I was quickly overwhelmed, and didn't return until Harbinger. Then, I started learning the game on my first character, an unascended Duelist that used Frost Wall and Flicker Strike - without generating frenzy charges. It didn't go well.

I was always into testing the limits of the game. Over time I got into crafting and mastered that system, making crazy items that I thought were interesting - Even if they weren't always good. During Harvest, the high end of crafting was pretty lackluster. Everything that could be made already was, so I decided to play SSF instead. My friend mentioned that someone had built a ladder that tracked unique tab completion in SSF, so I started collecting uniques to get on the ladder. Several months and thousands of hours later. I became the first and only person to collect every unique in SSF. I wrote about the experience on Reddit.

I had purchased a divination card several years ago at this point, and decided I wanted it to be about my accomplishment, but I just couldn't think of anything that fit. Heist came and went, and I spent a few months collecting all of those uniques too, except for Replica Bated Breath. I wrote about that experience on Reddit as well.

One day it hit me. Replica Bated Breath was a Fishing Unique with special drop requirements that nobody knew. It was a unique that nobody knew how to get, and I had the perfect solution. It was the one unique that got away, so that became the name of the card. I decided to hold a contest to design the rest of the card for the players who would appreciate it the most - Players that study Path of Exile's Fishing easter egg!

People offered prizes, there were special awards for various types of submissions, and everyone had an amazing time. There were so many good ideas for the art that I ended up combining a few of my favorites. My one request was that the person in the art was the same one as The Old Man card. I saw the flavor text early in the contest, and I knew it was the one. The feeling you get in the days after you FINALLY finish something you've been working on for a long time is odd. You feel hollow inside, aimless, despite your achievements. The flavor text captures this feeling perfectly.

The card was introduced with one of the lowest drop rates of all Divination Cards in Path of Exile, which was expected since it provided the rarest unique in the game. Despite that, I've received dozens of messages from other collectors thanking me for making it. They tell me about their attempts to farm for it. Some of them have even completed it! Nobody wants to grind for something without knowing how it drops, but grinding a rare drop for weeks on end? That's the lifeblood of this game.

I haven't played Path of Exile since I finished collecting those uniques, but it wasn't my last breath. My final goal wasn't completed. I'm eagerly awaiting Hardmode, so that I can savor life's missing pieces all over again.

Path of Exile
42
1
I can't afford this league
I made it to T15 and 16 before hitting an unsolvable impasse. I need to upgrade gear and switch to defensive to keep going but I simply can't afford to buy anything. I am not excellent at crafting yet (which I also can't afford because of the ex. cost to do so.) I simply can't waste exalts on a "maybe" for crafting. I am stuck in the rng side of things and cannot seem to level character beyond 91 (I keep getting killed by archnemesis monsters. They know what I am trying to do and arent' having it lol) my ...
11

anarchisticlees
1 hour ago
General Discussions
Feedback on New Microtransactions
May 19
Since our Path of Exile: Sentinel livestream reveal, we've been releasing microtransactions that are quite different from what we've made in the past. Today, we'd love to hear your feedback and ideas so we can continue to make new and exciting cosmetic effects for you in the future.

In case you've missed it, we have recently been experimenting with new types of microtransactions and new ways of packaging them together.

We have released:
From our point of view, these experiments were pretty successful! The microtransactions were a lot of fun to make, have been selling well, and have solved several issues we struggled with like how the previous mystery boxes had duplicates and how they generally feel a lot more rewarding now.

But we'd love to hear your perspective. If you buy and enjoy microtransactions, tell us what you think! What do you think of the new supporter pack structure? The new mystery box without duplicates? Did you buy the new Vault Pass or are you waiting until you have completed enough maps? What has been your favourite micro so far? What do you want to see more of? What do you want to see less of? Do you have any crazy ideas you'd like to see become reality?

For today's news post we've filmed a walkthrough of these hideouts to give you an idea of what to expect. Watch it below:

Both hideouts are exclusive to the Sentinel Supporter Packs and will be available for purchase until the end of the Sentinel League.

We can't wait to see the hideouts you create based on these new ones. Thanks for your support!

Path of Exile
152
6
act 9 bossfight is aids
fix this atrocious ass act, having to go through the entire belly of the beast then the rotting core and black core to then ♥♥♥♥♥♥♥ defeat all three bosses to then defeat all three of them in a constrained area. Doesnt sound that bad right? well yes, but actually no. The area is ♥♥♥♥♥♥♥ filled with things that can instantly kill you, and if you die and accidentally click resurrect in town. YOU ARE ♥♥♥♥♥♥. I did that maybe three times, I had to start all over again. Going through the entire area, killing al...
36

hacking man
17 hours ago
General Discussions
Is the game overwhelming for beginners?
I just wanna chill with an ARPG but I'm nervous it's gonna have ten billion things going on. Is it overwhelming?
54 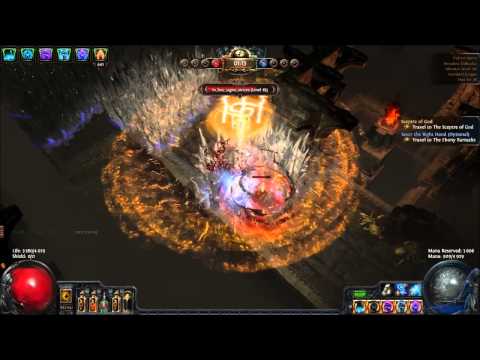 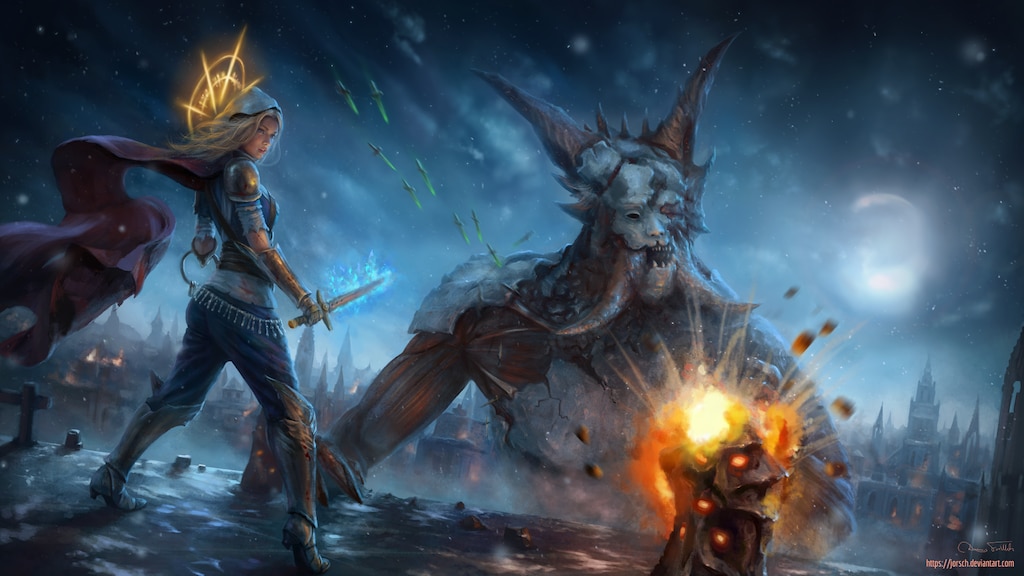 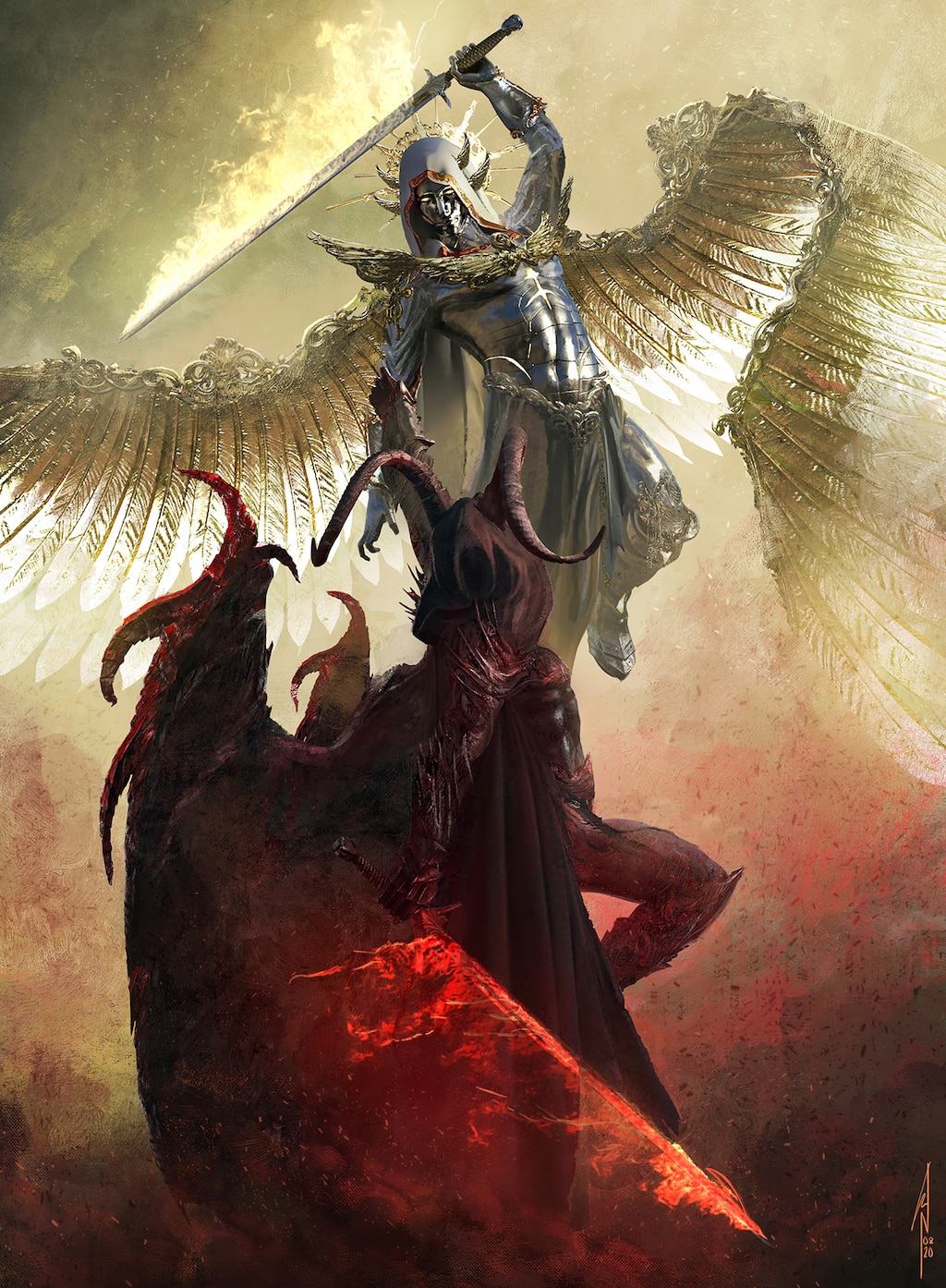 Not Recommended
2,100.8 hrs on record
Don't play the new league if you're not a meta slave, abysmal experience. 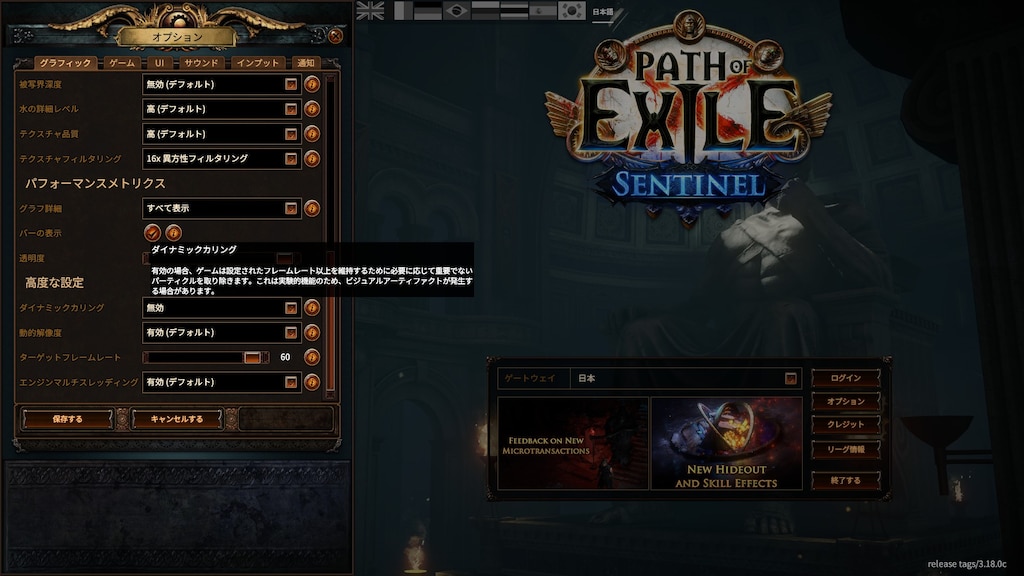 Not Recommended
904.9 hrs on record
my wife left me 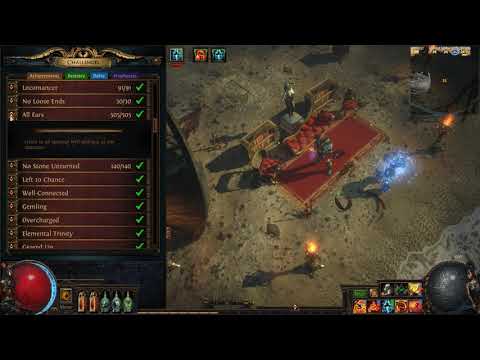 Meat-King©®
View videos
Petition to remove archnemesis
I can not imagine a single person liking archnemesis. its killing the game. https://www.change.org/p/remove-archnemesis?
18

Not Recommended
19.5 hrs on record
It requires more time to read guides and documents than its actual playtime... 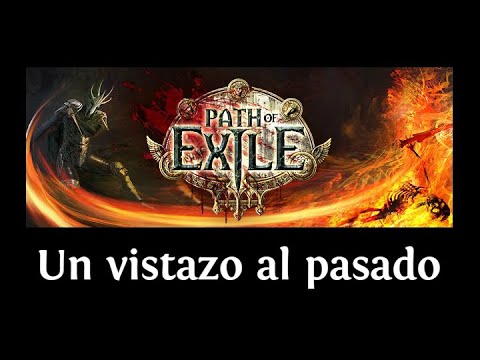 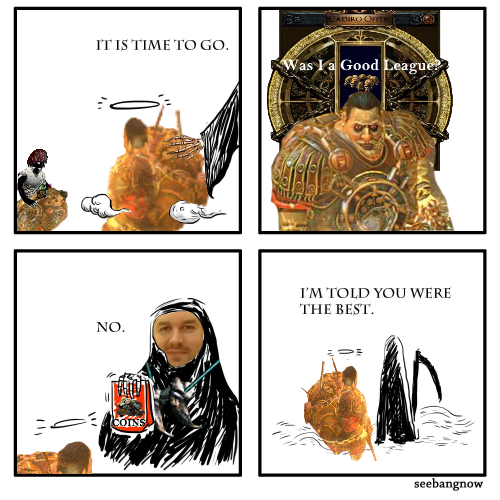 0
0
Good bye my king, may you rest at last with all your coins.

To new PoE players, here are a some websites / tools that can help you
Since that game is a bit different from another game I won't mention, here is a few things that can help you. First, you need to understand that most of things on PoE has been bringed by community and slowly integrated to the game by GGG, so understand ... 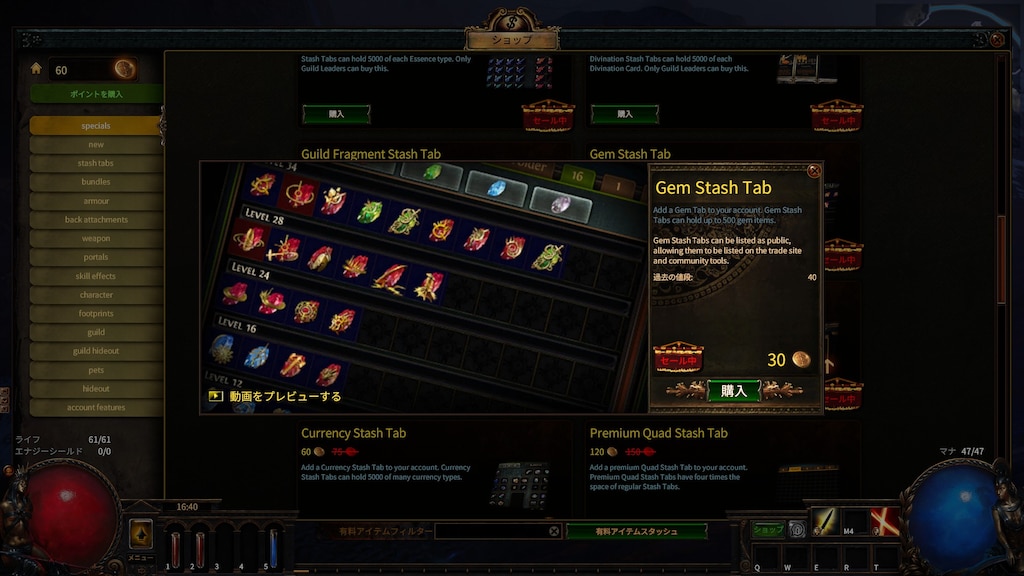 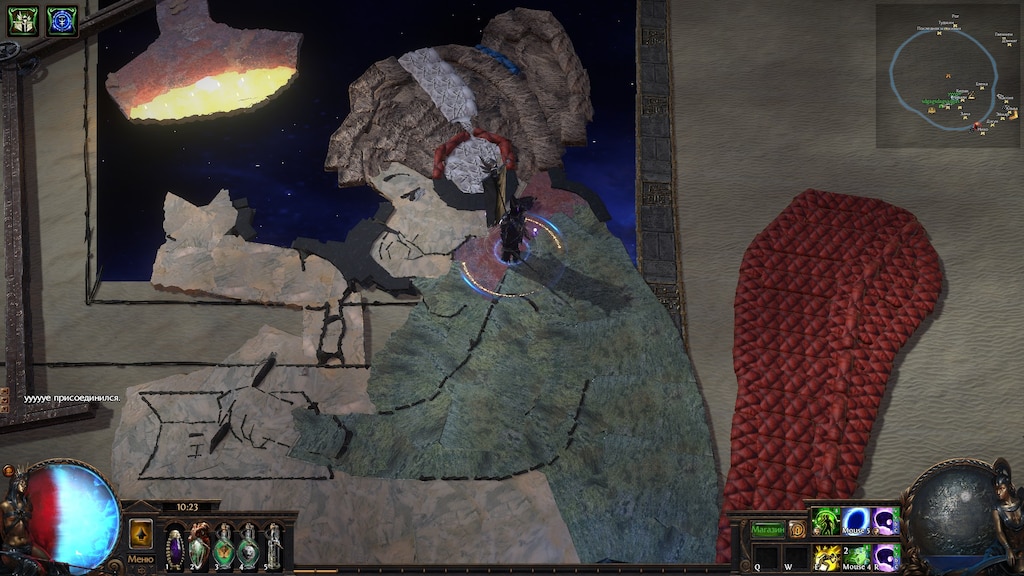 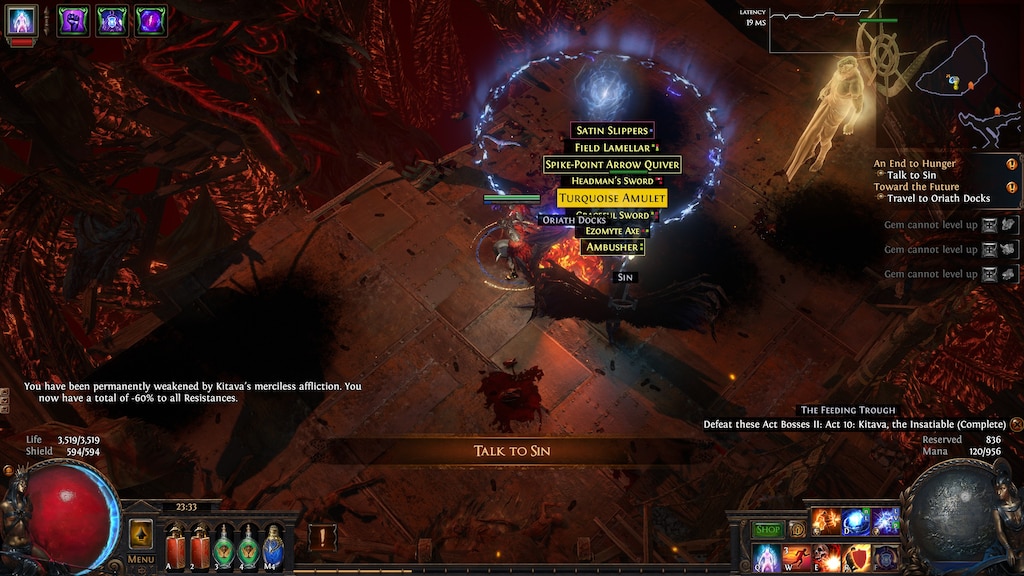 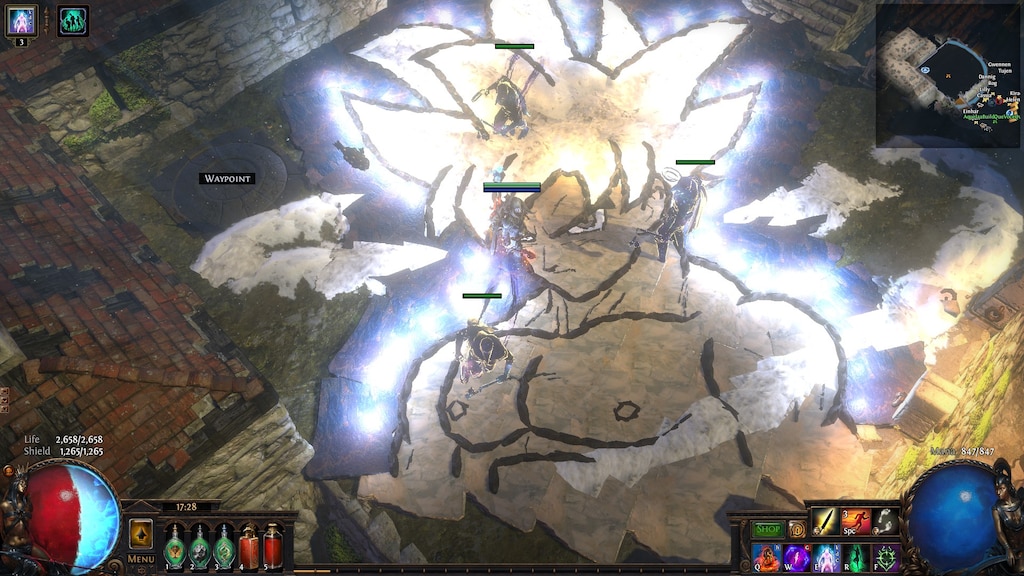 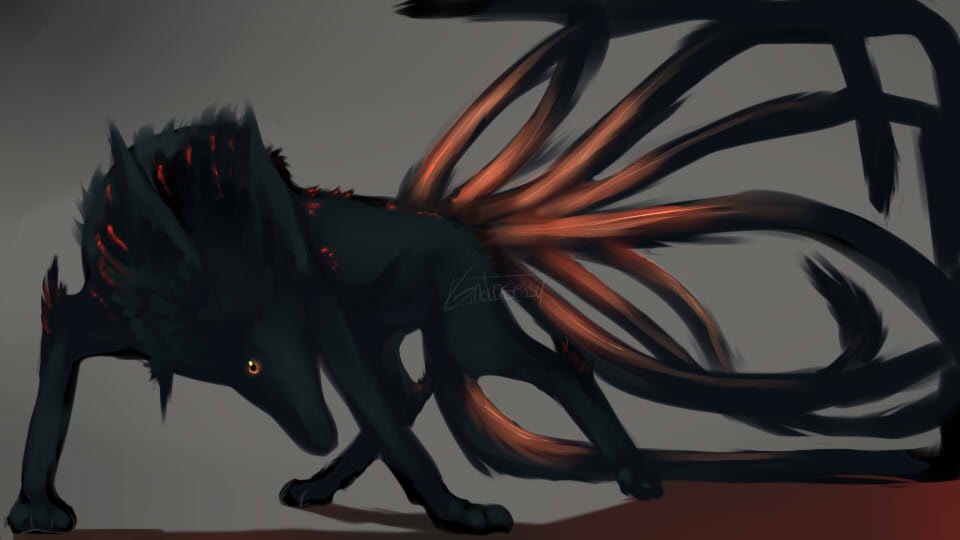 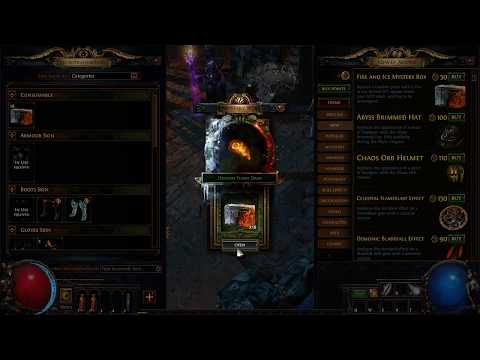