Aliens are decimating New York City, only you have the technology to survive. Be The Weapon.
$29.99
Visit the Store Page
Most popular community and official content for the past week.  (?)
In your opinion, which is the best Crysis game?
Haven't played any of them and wanted to know which one might be the best buy.
5 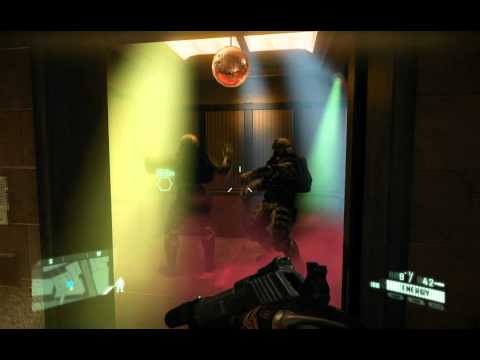 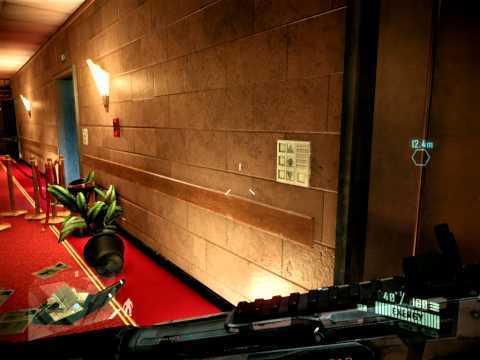 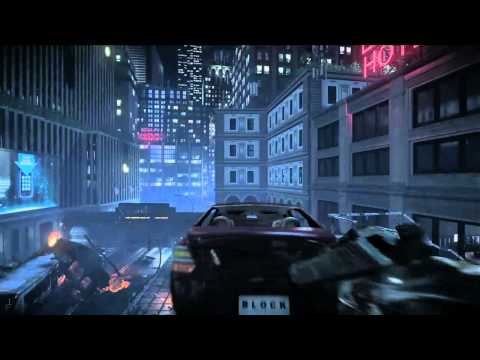 CRYSIS 3 BOW IN CRYSIS 2
This manual is designed for those who for technical reasons is not Crysis 3, well, or can You not like the Origin - then this is the guide for You! Everyone knows that in Crysis 3 has a new super weapon is a Bow Hunter So good people transferred this t...
257 ratings

0
4
When you hit Max lvl in crysis

Recommended
27.4 hrs on record
This isn't a war ordinary humans can win! This is the future!
I still remember being very hyped after watching Crysis 2 trailers and promotional material. I was all in when Crytek decided to expand the series outside the Lingshan islands we last saw in the original Crysis and its spinoff Warhead. I’m going to be as honest and unbiased with you guys as possible. Despite being a huge fan of the series as whole, I wasn’t very impressed with the sequel. It almost felt like developer Crytek was trying to make a much bigger and ambitious sequel to an already great phenomenon.

Pros
+Visually stunning and absolutely breathtaking. Crysis 2 showcases massive amounts of action set-pieces and Hollywood level of destruction. Playing this in 2011 on PC at max settings must have been every fan’s dream.
+Built on Crytek’s heavily modified Cryengine 3. The developers have pushed graphics to it’s absolute limits. Fine tuned and well optimized and also runs much better than the original. You could almost call it very expensive interactive tech demo. It’s a wonder this game came out in 2011.
+Combat feels smooth and crisp.
+Expanded weapon selection and upgrades
+The amount of detail put into Manhattan streets and is absolutely stunning.
+Epic soundtrack. Shoutout to EA for bringing in the “legendary” Hans Zimmer to compose the main title sequence. You can play the soundtrack through the main menu as well.
+Clean and modern HUD & UI.
+Using Nano suit feels much easier than it did in Crysis. You activate armor and stealth modes on the Q and E keys (by default).

Cons
-The overarching level design is far more linear compared the first game. This is a huge step back from the original Crysis as that game gave a lot of freedom to explore lush forestry areas and lush mountains and use alternate paths. This isn’t the case with most missions you get in Crysis 2. Concept was pretty solid as shown in the trailers but very poorly executed in the final game.
-Lacks a good compelling villain. General Kyong was a bit goofy in the first game but at least he had a realistic motivation and a sense of personality. In this game your main target is to fight the aliens or save an already destroyed Manhattan from something?
-Mediocre plot. It’s one of the most forgettable stories Crytek came up with as an excuse to shift the focus on urban setting. Even the comics had far better story to tell imo.
-No side missions or optional objectives.
-Some aliens felt like bullet sponges, not sure if this was because I chose a higher difficulty.
-Yet another mute protagonist with no personality and background.
-I’ll be honest, this game has a very forgettable cast of characters. The first Crysis had memorable characters such as Nomad, Psycho, Korean General Kyong, Dr. Rosenthal and finally Prophet. Sadly none of the people really matter in Crysis 2, I’m serious!
-There are a lot of unbelievable plot twists and too often a mission ends rather abruptly which brings me to Crysis 2’s ending. It has to be of the most disappointing final levels/endings according to me.
-No FOV slider. No way to change/override default field-of-view. Trying to tinker with config file always resets after every level/cutscene/restart.
-Boring pre-rendered cutscenes showing your GPS location from one part of Manhattan to other.
-Dumb enemy A.I even on hard difficulty setting. It could really detract you from the excitement.
-Strangely, the aliens look nothing like the ones Nomad and his unit fought in the first game.
-Multiplayer has been dead since 2014 following the closure of GameSpy.
-Quick saving is replaced by checkpoint autosaves.
-Few technical glitches and bugs.
-No quality of life features such as achievements, cloud support, local co-op multiplayer.
-Despite a solid mod support most Cryengine 3 mods have been abandoned.
-No achievements, cloud support, trading cards or local co-op modes.
-As of June 2020, EA recently removed/delisted Crysis collection bundle off Steam which included Crysis 1, Warhead at lower price and increased prices in nearly every country except United States.

The Bottom Line
If you enjoy first-person sci-fi shooters and want a visually stunning experience, then with no doubt go for it. It’s clear they spent big money on this project with EA being attached as funding partner and publisher. It’s fun as long as you don’t take the plot seriously. Play it like you’re watching a Transformers movie and you won’t regret buying this game if you’re looking for a solid fun and action shooter!
If you haven’t played Crysis 2 yet and plan to do so then please get it on sale, if you were able to stay away from this game until now, wait for it. Get it for $10 or less, nothing more. The multiplayer has been dead since ages.
For those who are wondering what does the Maximum Edition add to the single player, the answer may not be really that exciting as the name implies because, in terms of content pretty much nothing was really added however this is the fully patched, definitive version with high quality texture pack pre-installed. The story of Crysis 2 takes place couple of years after a limited 6 issue tie-in comic book volume published by IDW Comics. The comics explains Nomad’s journey after the first game and foreshadows how Prophet and Hargreaves fit into the Manhattan story. Maybe check that out if you can! 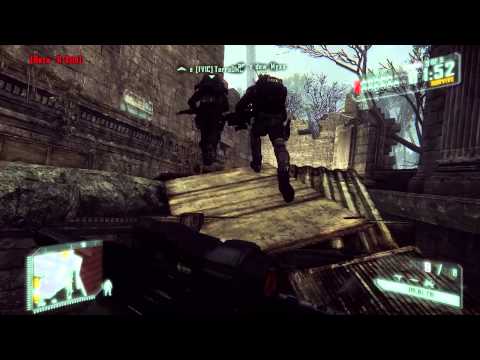 0
0
And a weapon can't truly be destroyed with another one! 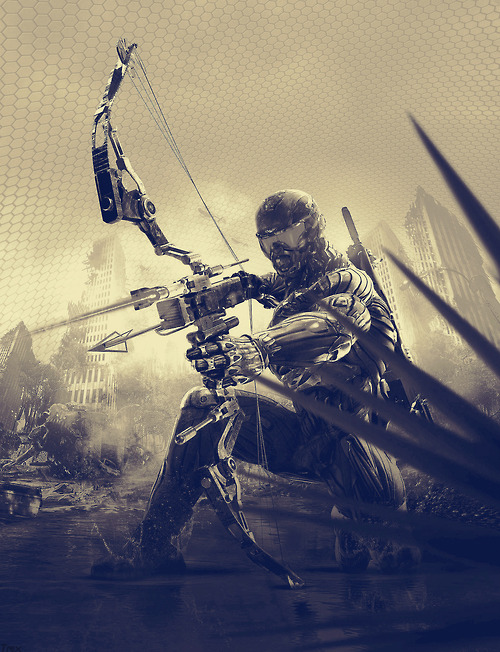 1
2
Be strong, be fast,be invisible, be the weapon. Crysis 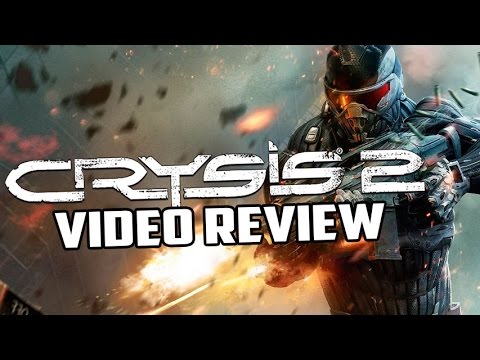 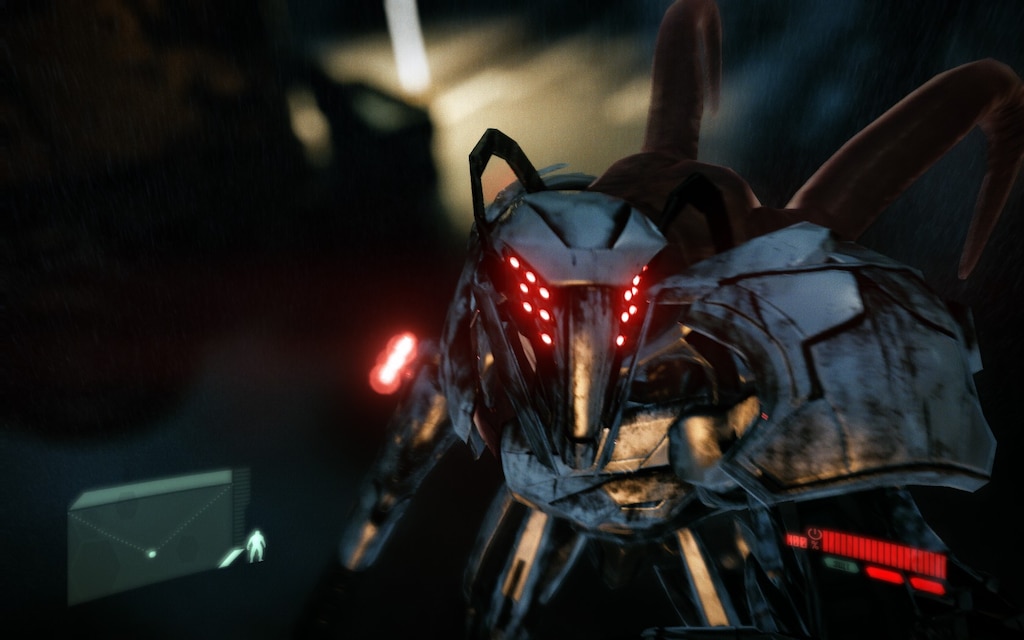 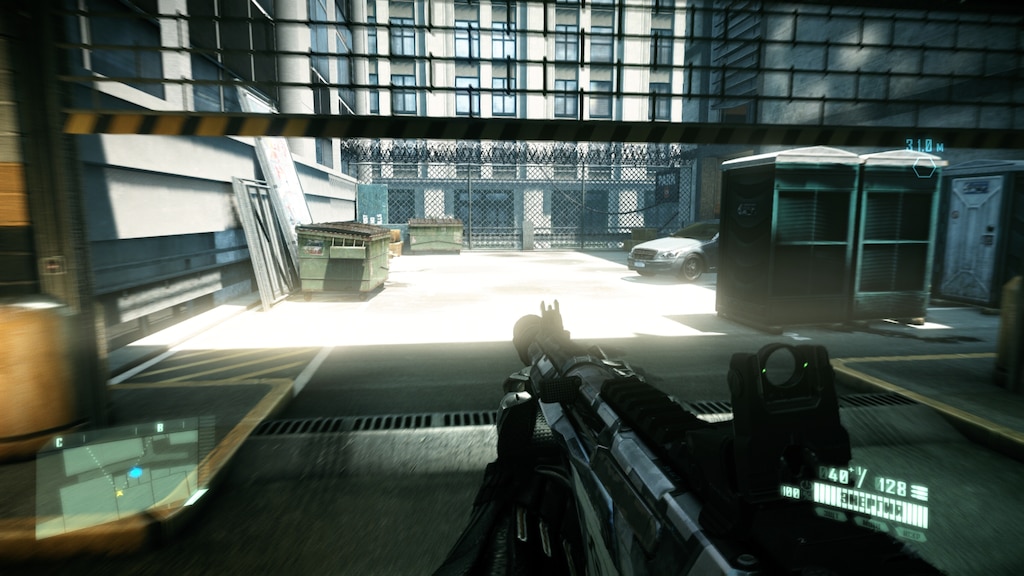 Not Recommended
4.6 hrs on record
I didn't find the fights fun. You use your energy to sprint, increase armor or be invisible. Once you run out you need to find cover to recharge. This made the fights boring for me. The levels are too linear and weren't connected to each other. Finally it only has autosave and unskippable cutscenes for on unoriginal story.

It does look good with the included high resolution textures patch.
Note: I couldn't get a higher refresh rate than 60fps working. 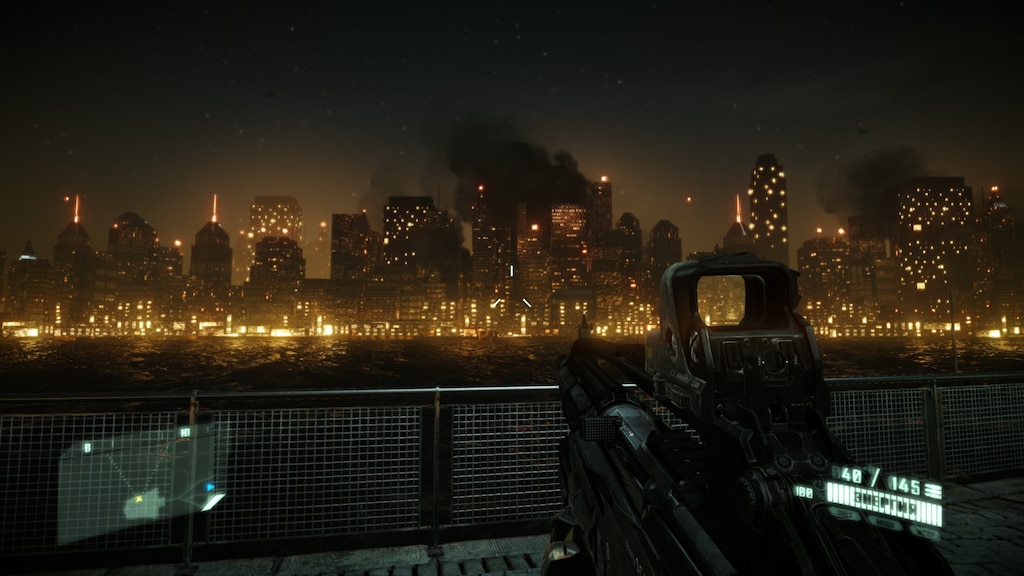 Recommended
12.7 hrs on record
the best game with the best effect and grafic.
risk for every system 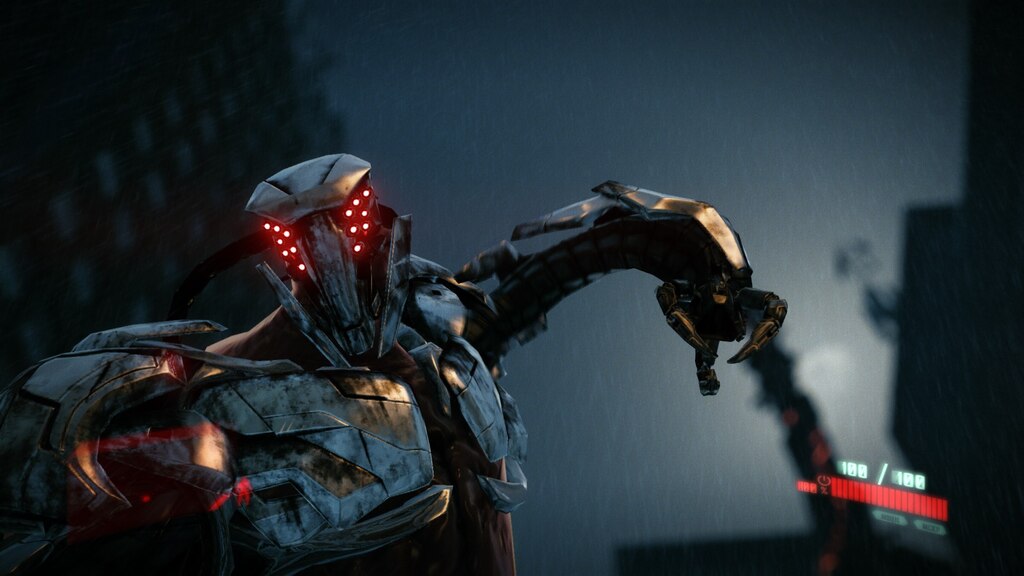 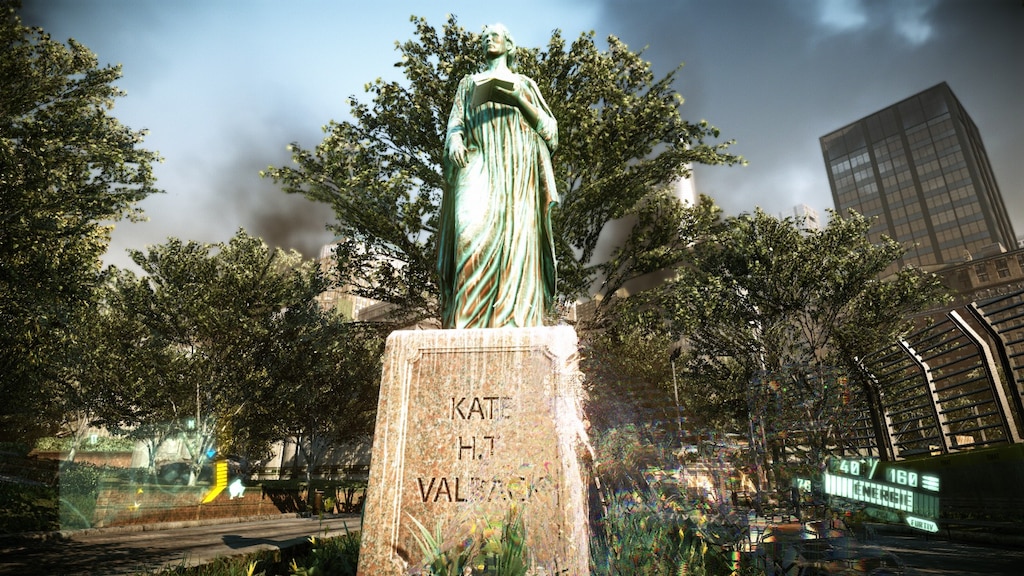 alfredon121
5 hours ago
General Discussions
Have requested a refund
My god, I have an i9 9900k, Aorus 2080ti extreme with 32 gb of 4000mhz ballistik elite ddr4 ram and an Aorus Z390 extreme motherboard. My rig has some of the best benchmarks around. Yet Crysis 2 runs like a limping dog. It's horrible. No more, no more, I can't stand it any longer....
19

Peter
Jun 20 @ 4:53am
General Discussions
Is there no Multiplayer?
I keep trying to make an account and it says connectivity issues.
2

Ghost Maker
Jul 4 @ 10:52am
General Discussions
Failed to launch Crysis 2 Maximum Edition?
Is there a way I can fix this?
2