6-player co-op Zed-slaughtering mayhem. And now, 12-player Versus Survival mode, too - now you can BE the Zeds!
$29.99
Visit the Store Page
Most popular community and official content for the past week.  (?)
Killing Floor 2: Summer 2022 Beta 1 is Live for PC!
May 11
To opt into this beta on Steam, join the "preview" branch available in the Beta drop-down list. Admins will need to use the following SteamCMD flag:


To opt into this beta on EGS, the Beta will be accessible within KF2 owners’ game libraries as a separate install called “Killing Floor 2 Beta”. Users may need to restart their EGS launcher for the Beta to populate and be accessible to install. Progress for stats and inventory is shared between both versions on EGS so for users switching between Beta and Live be sure to sync your game data to use the latest timestamp to prevent any lost progress from participating in the Beta. The Beta on EGS also includes its own dedicated server within the install folder for your own personal hosting needs for this version.

Beta 1 for this update contains a lot of exciting new features! As such, feedback is going to be incredibly important. Stay tuned for a link to a survey where you, the community, will be able to provide your feedback directly to us! Thank you!

Addressed Community Feedback
As mentioned in the 2021 Killing Floor 2 ‘State of the Game’ our goal is to bring to the community a continued stream of QOL changes for each update throughout the year. Please continue to report any QOL changes you believe should be added to the game by submitting your feedback in the ‘general’ section on our official forums at: https://forums.tripwireinteractive.com/forum/killing-floor-2


Designer Notes :
Survivalists had to rely on randomness every time they started a match, but that is over. Now, Survivalists can choose their initial weapon and grenade on the Perk screen. We have left the “random option” available for those who prefer it. In addition to that, for Level 15+ Survivalists, the Medic Grenade or the Molotov Cocktail will be added to the rotation, depending on whether the player has chosen the “Ammo Vest” or “Weapon Harness” skill. But players can keep choosing another grenade if they want. Finally, as the grenade is linked to the perk skill, and this can be changed during trader time, players will also be able to change their grenade during this time, keeping the number of grenades they already had.

The order in the Weapon Skin section in the inventory was a bit chaotic, with different skins of different weapons mixed. We have added some rules to improve it, and now you will see all the skins of the same weapon grouped together. The skins will be ordered by weapon trader price, then rarity (common to precious), and then quality (battle-scarred to mint).

Regarding balance, we have made adjustments in two weapons, keeping in mind the community feedback. For the FAMAS Masterkey, we have increased the fire rate for the alt-fire (shotgun fire), which was very slow to use, and it was hard to swap between alt-fire and main fire. Now you can shoot faster, and combine main fire and alt-fire better, making this weapon more versatile and dynamic in play style. We also have slightly adjusted the spread, which will help to improve the effectiveness of the weapon.

The other balanced weapon is the Minigun. The main disadvantages of this weapon were its mobility restrictions, so that’s what we’ve been focusing on. Now, you will have the same firepower as before, but you will be able to move and reload faster.

Finally, we have made a complete rework of the Inferno perk skill for the Firebug. We expect that now this skill performs better than the previous one, creating a good alternative to the other Firebug level 25 skill, Pyromaniac.


Bug Fixes
Also mentioned in the 2021 Killing Floor 2 ‘State of the Game’ our goal is to bring to the community a continued stream of community-reported bug fixes for each update throughout the year. Please continue to report any bugs you discover by visiting our official forums at: https://forums.tripwireinteractive.com/forum/killing-floor-2 and posting in the ‘PC’ or ‘Console’ sections.


As always, thank you for your continued support!

Killing Floor 2
454
77
They actually gave Survivalist stun grenades?!
What the ♥♥♥♥ even is this? They seriously can't be planning to let this pass to the full release. Survivalist is getting closer and closer to being straight up broken.
60

(LOTH) BLooDHoG
13 hours ago
General Discussions
[PSA] (Now Resolved) Current Maintenance
May 9
Due to current maintenance around reported matchmaking issues over the weekend, players may experience interruption in item server services. We apologize for the inconvenience.

Update 1:
At this time, we currently do not have an ETA for a fix to share.

Update 2:
Maintenance is complete and issues resolved. We thank you for your patience.

Now that you know you are heading to the “Rig”, it is time to learn about the new gear you’ll have available out in the field. As with the recent HRG weapons, a major focus of these new tools is in a supporting capacity to help the team (and yourself).

Survivalists, have you ever likened yourself as a bit of a mad scientist? Perhaps one that specializes in shrinking all your problems away? Does dreaming about that give yourself a bit of a big head? Well worry no more, as your dreams are about to come true with the aptly named Reducto Ray! 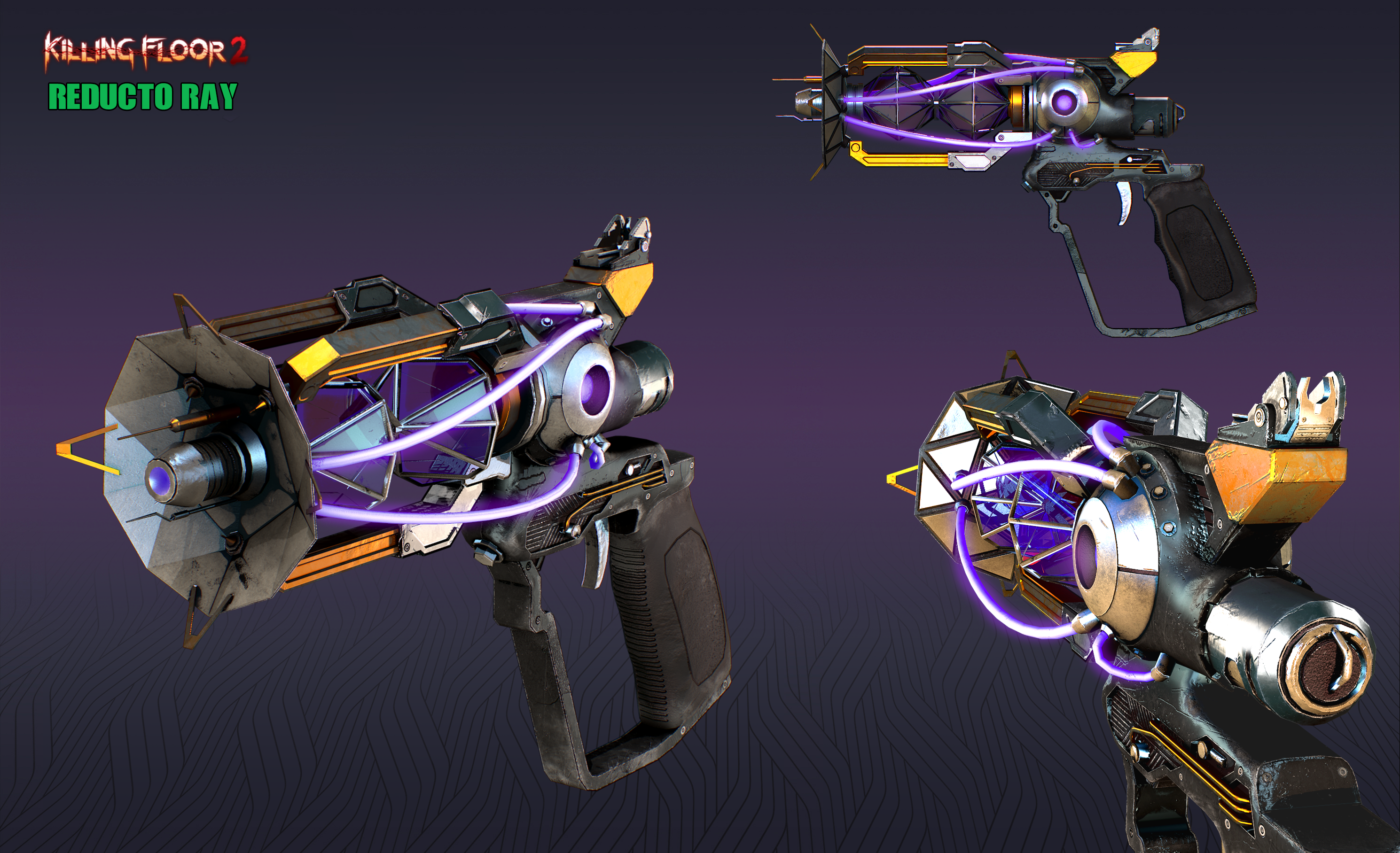 Designed to shrink your enemies right out of existence, those that it can’t just “pop” away (the lab coats said something about a micro-verse), will be heavily weakened by the process and more susceptible to damage from all sources. Please do not use this device for non ZED related purposes, such as theft, criminal defense and or prosecution.

For the Commando’s, another new tool is ready to be deployed to the fight. Ever wanted an extra gun to cover that location that needs to be watched while you deal with more pressing matters, like that Scrake trying to make you its latest trophy? Well lucky for you, no hands are required for the new Sentinel auto turret! 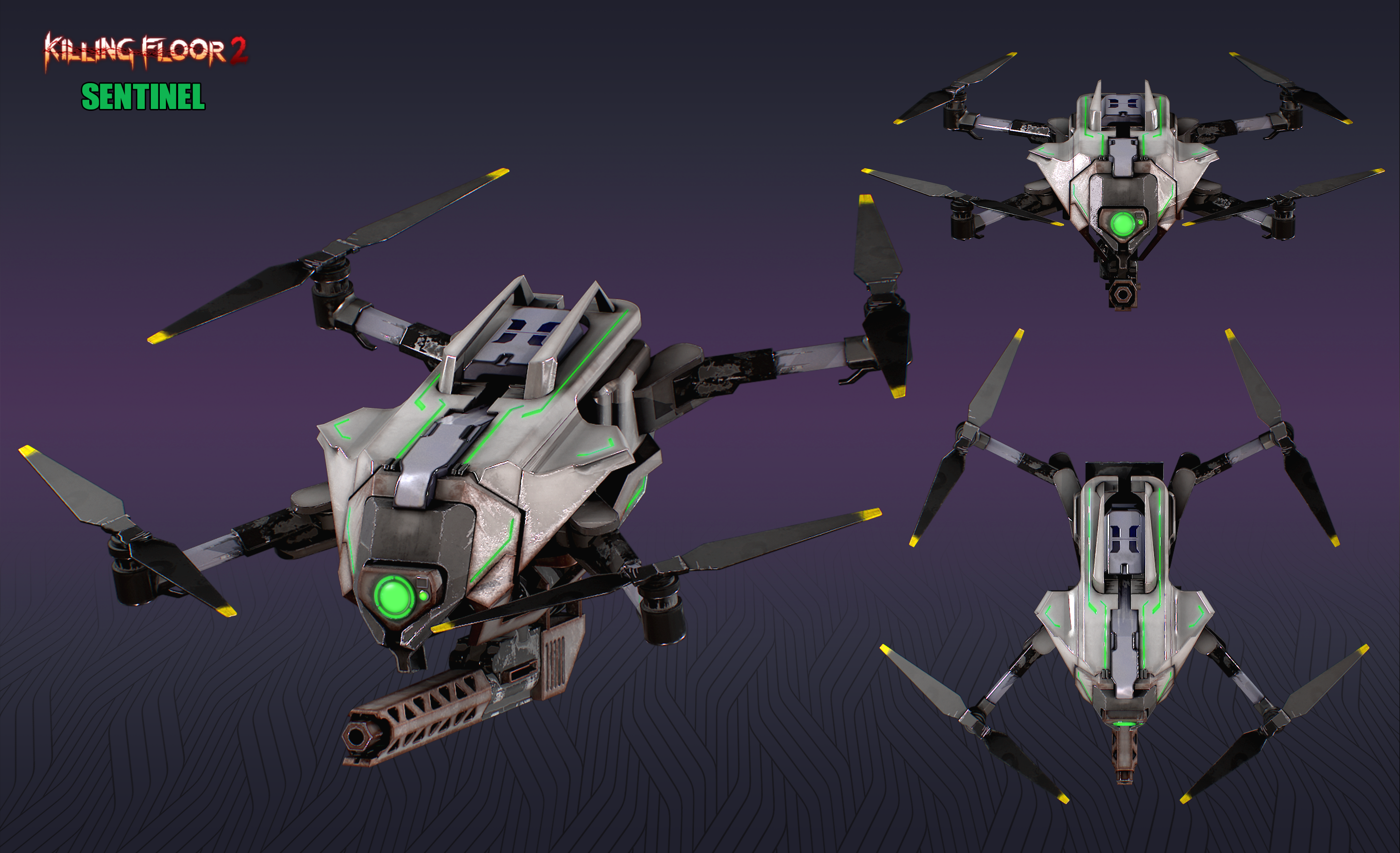 Choose a spot to deploy and let the Sentinel do its work of scanning, tracking and most importantly, firing on enemies in its AoE. If enemies are detected in its 360 degree scan, it will focus on the closest and begin to unleash its reserves. Best of all, no need to worry about cleanup or reloading, when ZED’s get too close or ammo runs dry, you can trigger a detonation and deploy a new one!

A few notes passed along by the lab coats: 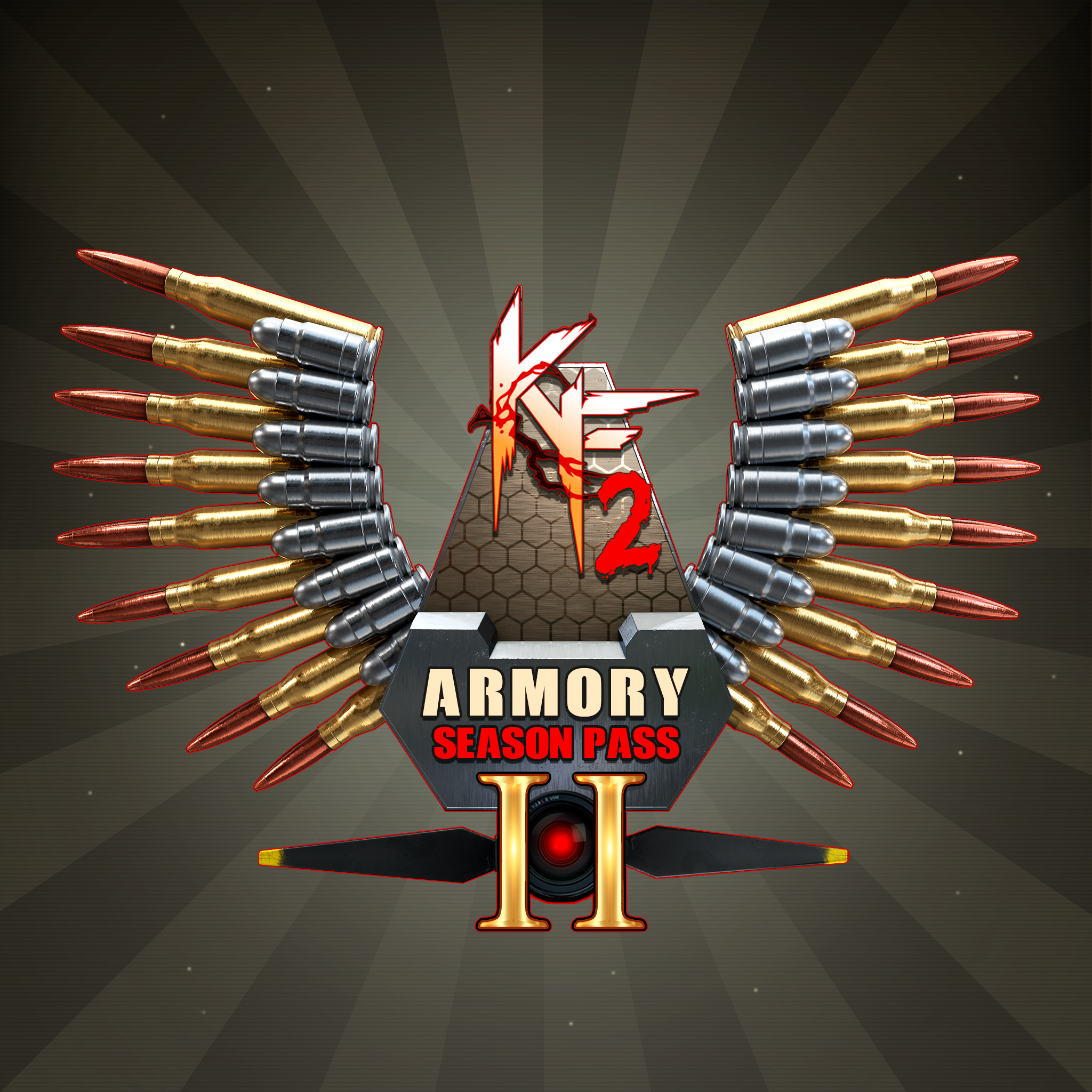 Both of these new tools of the trade will be available for individual and bundled purchase, or via the new Armory Pass II for 2022. Armory Pass II will include new weapons for each of the major updates planned for the year: Summer - 2, Fall - 2, and Winter - 2.

For those looking to join the ranks of Killing Floor 2 mercs or pickup many of the items that have come out over the years, there will also be a new Killing Floor 2 Ultimate Edition available to purchase or upgrade to which will include the following:
Killing Floor 2 Digital Deluxe (the game and items)
Armory Pass I (2021) & Armory Pass II (2022)
The following characters and cosmetics 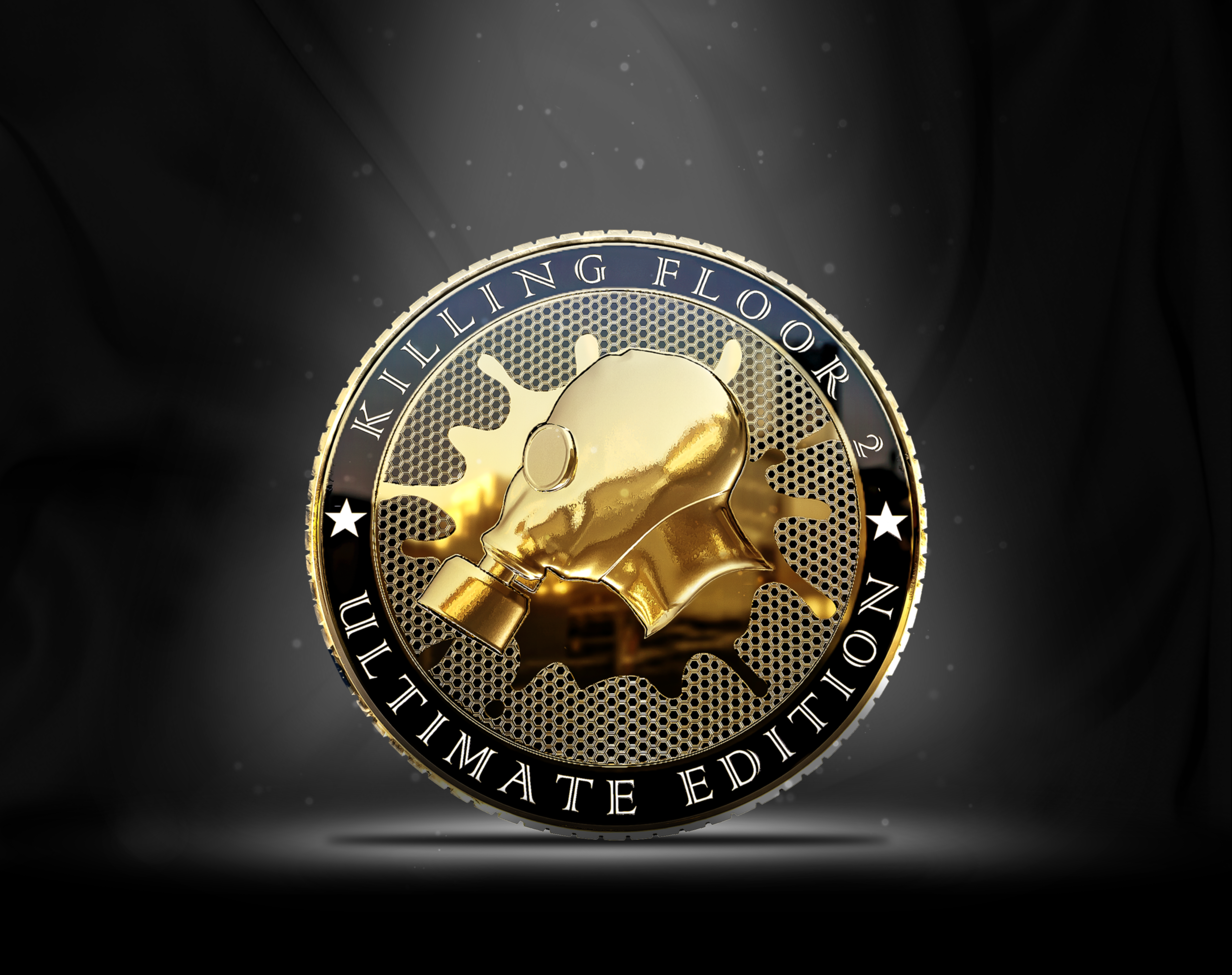 There has never been a better time to complete your collection or get your friends started!

First test missions to the “Rig” and the new weapons are expected to start May 11th (subject to change as development continues) for PC mercs as an opt in beta. 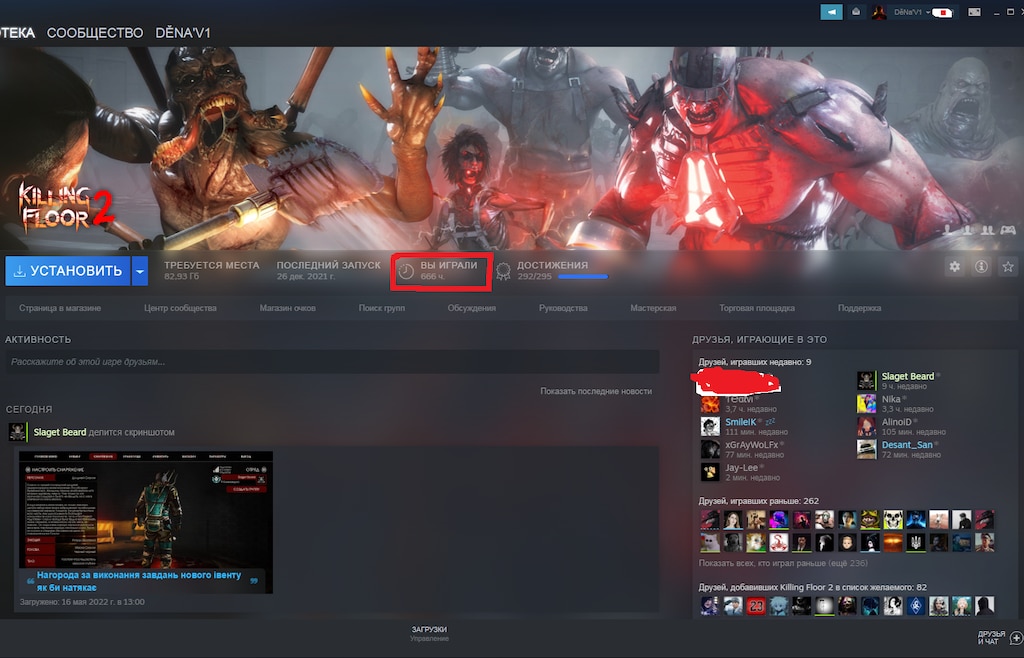 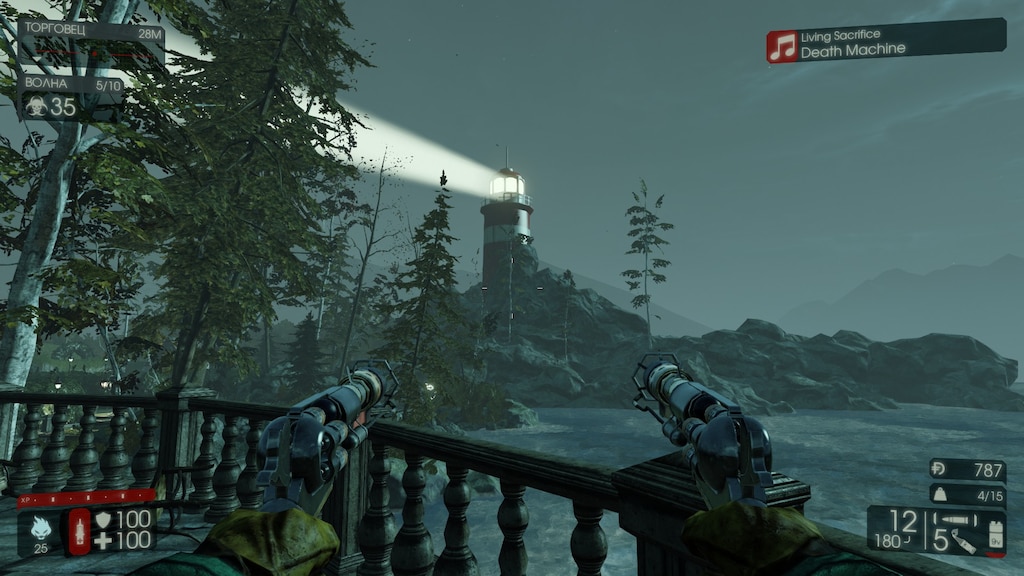 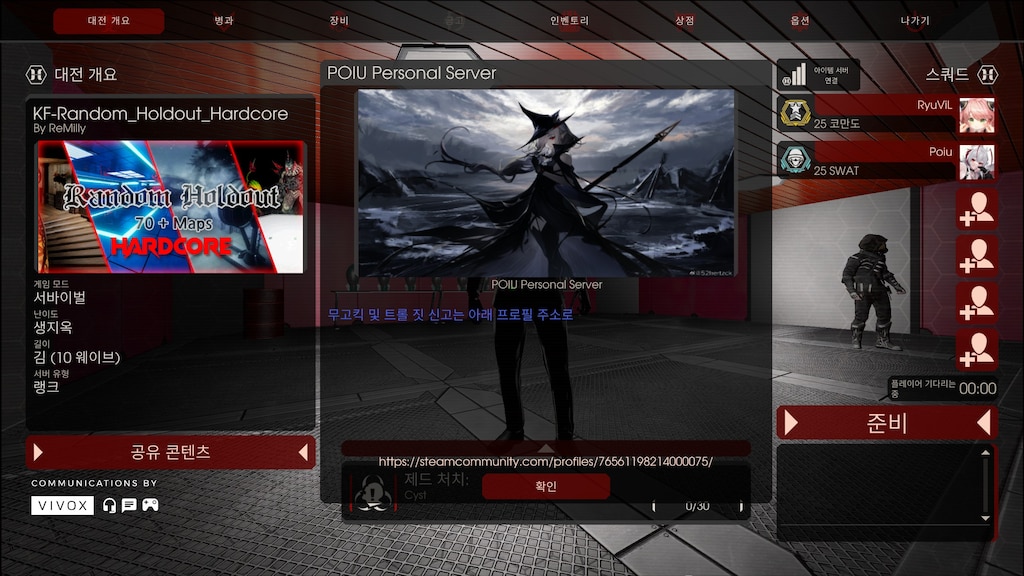 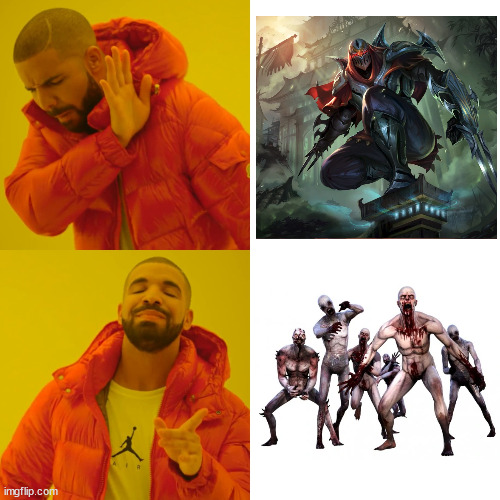 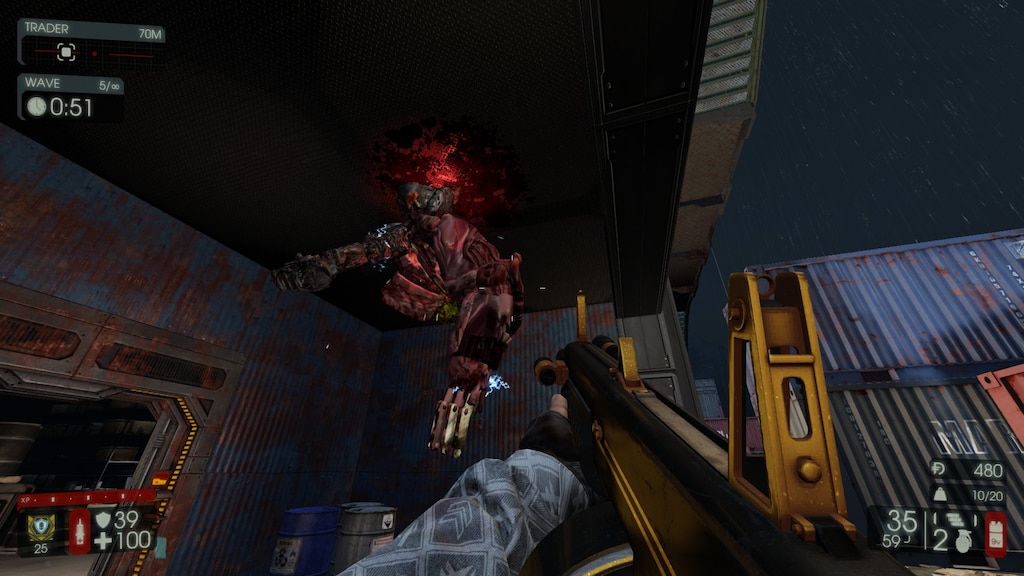 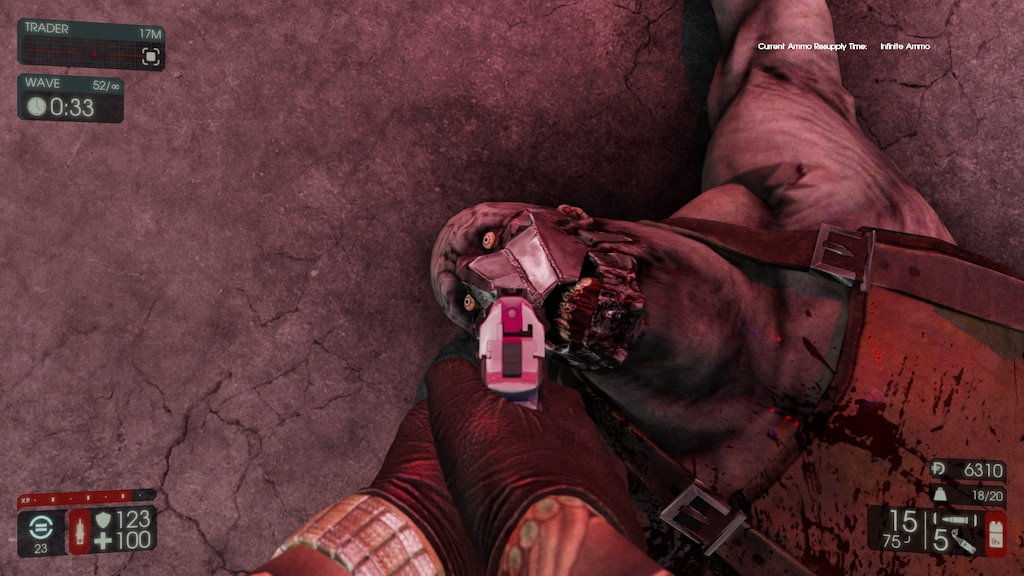 Recommended
24.1 hrs on record
What if we made a zombie game that was actually good? This game is actually awesome. Packed with great maps, varied enemies and a pretty unique spin on the zombie formula Killing Floor 2 delivers a solid gory and fun experience. During the Halloween season I might need to boot this game up again just because it's so much fun to play through zombie-ridden carnivals, bioweapon facilities, and more. Whenever me and my friends play this game I actually almost exclusively use the starting pistol because it feels so good. The gunplay feels really weighty and good.

What a wonderful day to eat my loved ones
8/10

0
0
When You Get The Ultimate Edition And You/Everyone Finally Gets To Try Out All The Weapons. 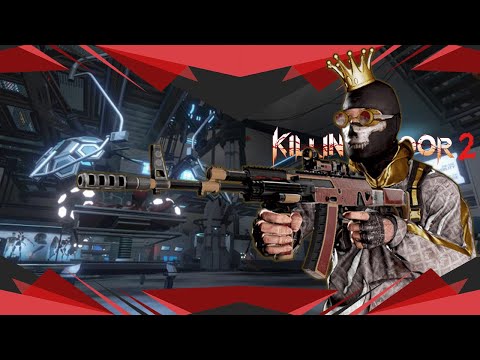 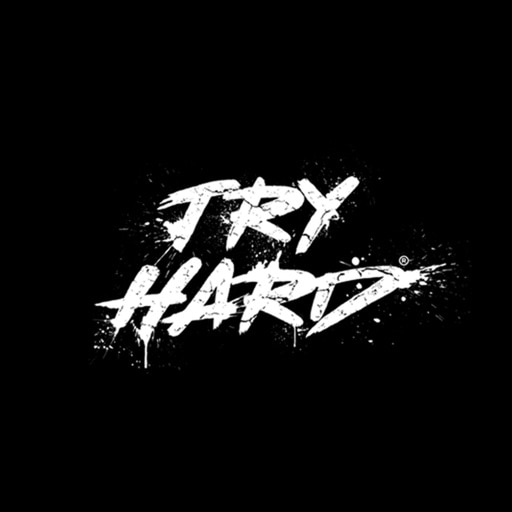 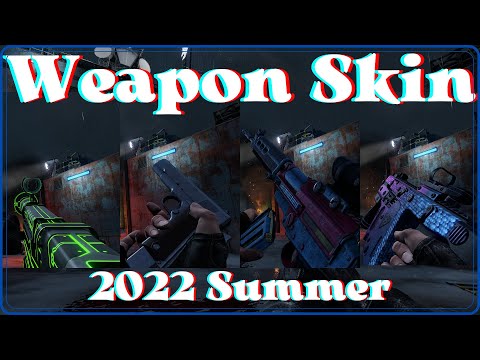 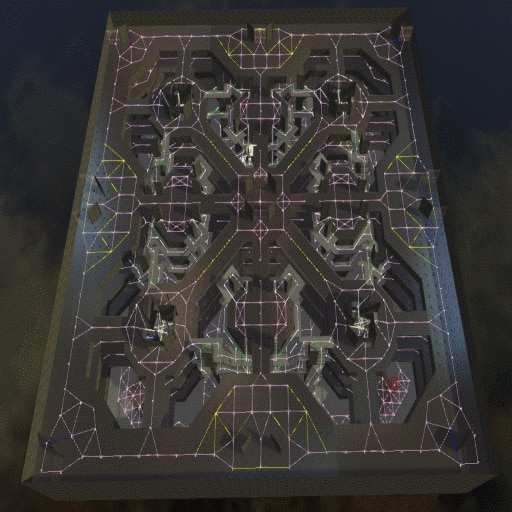 Not Recommended
932.9 hrs on record
Absolutely not worth it. They have the auddacity to charge you 24 bucks for it and double that if you decide to buy digital deluxe edition. Yes I wasted 932 hours on this game but that was when game was actualy good back in 2018 when you didnt had to bother with that "edar accident" because when it was in beta they could catch you through walls but if that happens during beta you know you done goofed up. Do yourself a favour and buy KF1. Its better in every way, teamwork in a way you dont need teammates to take one crawler off you bc it hits like a truck and taking down fleshpound was actualy dangerous and risky bussines, where berserker is a good perk, where buying M99 feel special, where instead of worthless overgrown battle axe you have small dwarf axe that pushes zeds back making taking out large zeds somewhat safer. All these positive rewievs are made by zombies that cant handle KF1 and how actualy hard and punishing is. If these people were talking on yt video all you would see in generated subtitles is "skill issue". 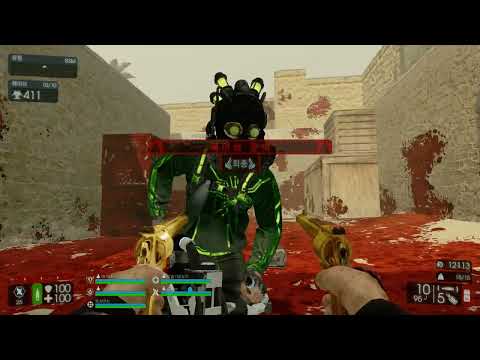 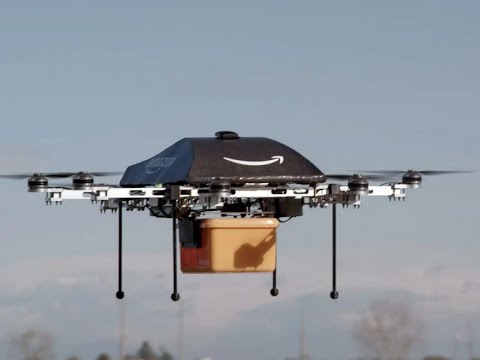 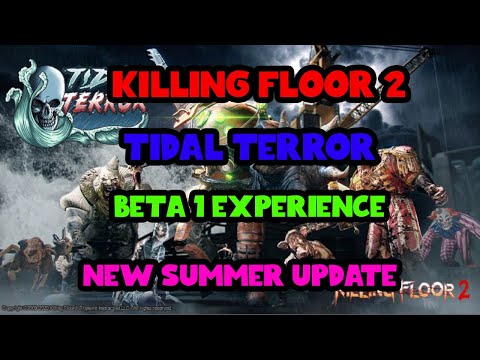 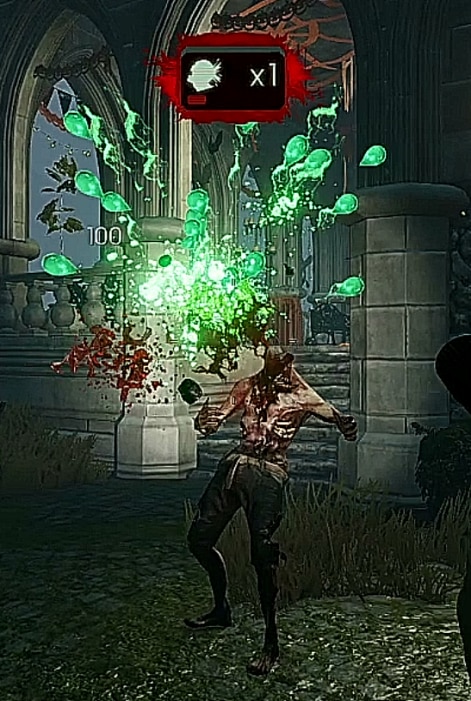 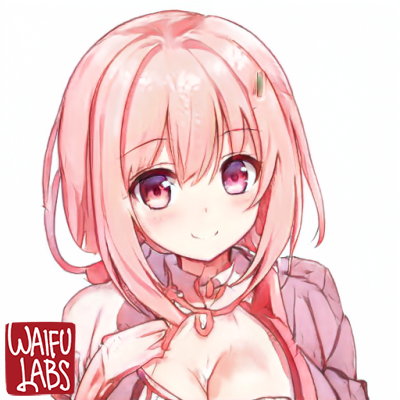 Killing Floor 2 Dedicated Outbreaks
A guide to play any weekly outbreak any time you want. 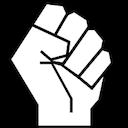 How to beat the boss in seconds ! (Any difficulty)
How to defeat the boss tutorial
26 ratings

dubdi33
View all guides
Suggestions for improving some of the worst weapons in this game
Disclaimer: If you disagree with my opinions about what the "worst" weapons in this game are, I don't care. HRG Teslauncher: Primary fire shoots EMP grenades. Alt-fire lays an EMP mine. I don't know what in God's name the current primary fire is, but just delete it. FAMAS Masterkey: Remove the sight, slightly increase primary fire damage. Give the under-barrel shotgun the ability to damage zeds. Minigun: Increase time needed to spin up. Severely restrict movement speed while ...
115

๖ۣۜMk137
5 hours ago
General Discussions
Remove Stun Grenades from Survivalist
The ability to pick the starting weapon and grenade was a very nice QOL touch but giving Survivalist flashbangs for grenades is starting to give the perk a bit too much of a power creep here. The last few buffs for Survivalist have already turned it into a pretty decent perk and the class itself has plenty of options for CC builds if it wanted to. However, giving it a free INSTANT stun and no self-damage grenade in the form of Flashbangs is now giving the class too much of a crutch to rely on and it also...
11

BadgerG128
May 16 @ 3:03am
Feedback
Killing Floor 3 needs to come out soon and this is what it needs:
- Horror approach and atmosphere - Organic zeds - Husk as exclusive ranged zed - Dedicated perks, no cross perk, no toy guns - Medic as smg user, no swat, no toy guns for medic again - No Epic exclusivity - Kf1s map design - No colorful goofy skins Feel free to add or remove...
115

Br00talpuke666
May 14 @ 1:54pm
General Discussions
KF 1 VS KF 2
What one is better? please explain why either one is better.. I have both games and haven't played the game for years.. with that said, im not sure what one i should go with =)
34