Brütal Legend is an action-adventure that marries visceral action combat with open-world freedom. Set in a universe somewhere between Lord of the Rings and Spinal Tap, it’s a fresh take on the action/driving genre, which in this case is full of imitation cover bands, demons intent on enslaving...
$14.99
Visit the Store Page
Most popular community and official content for the past week.  (?)
Multiplayer/Stage Battle achievments
I have ten achievments left and I was wondering if anyone could help me I need: Death from above-kill 20 enemies with one bleeding death victor-win one ranked multiplayer match ringleader-trap 15 enemies with one fire baron double team euthanasia-hit...
3 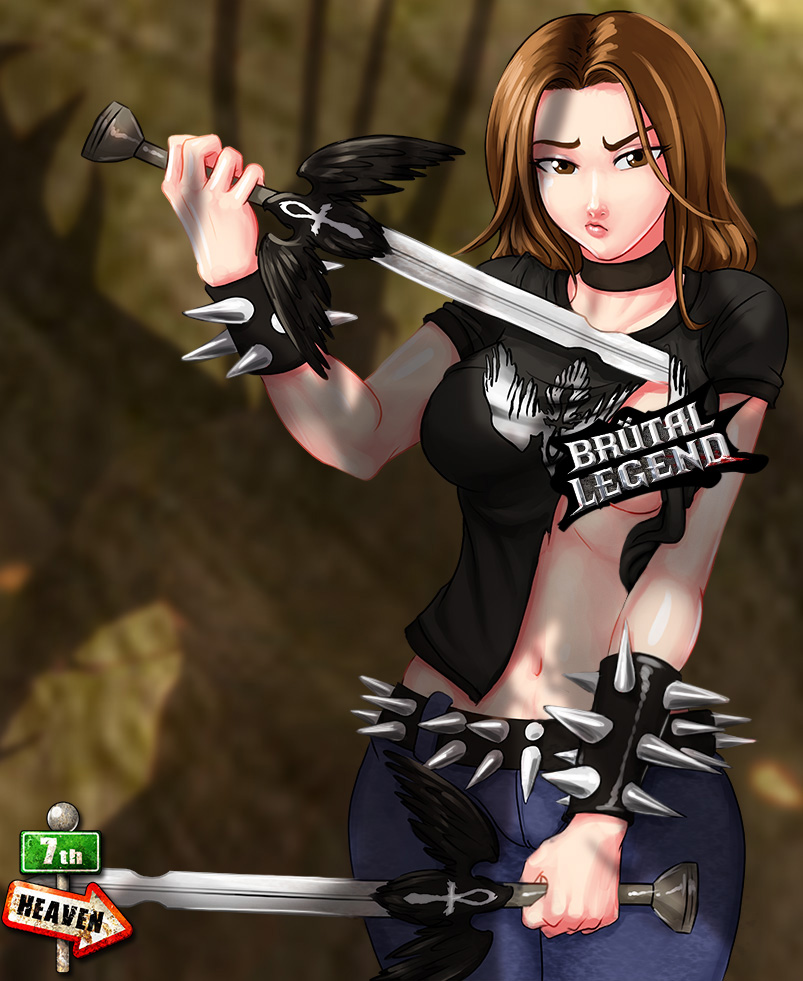 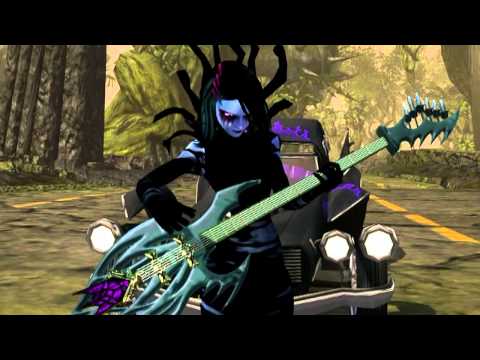 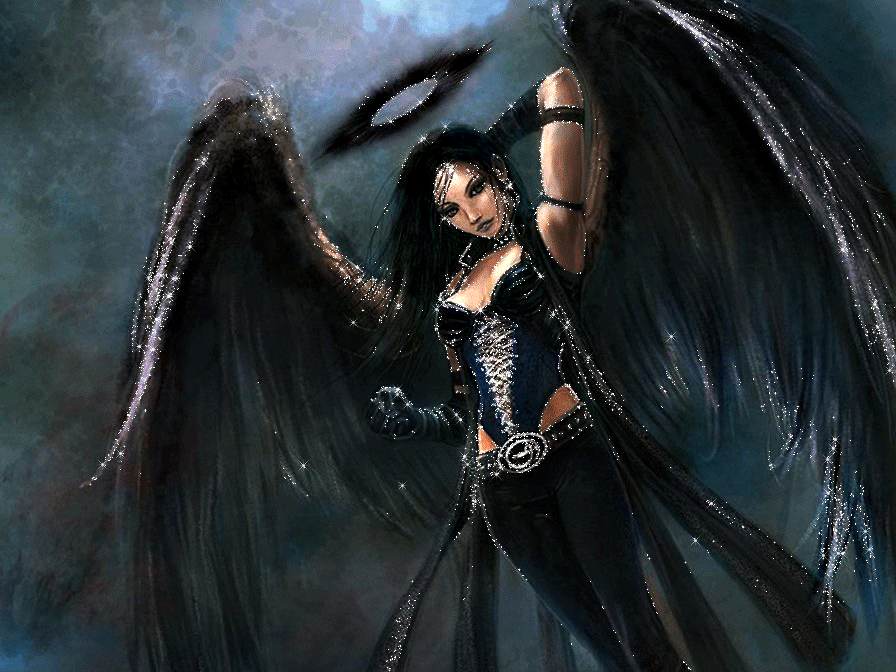 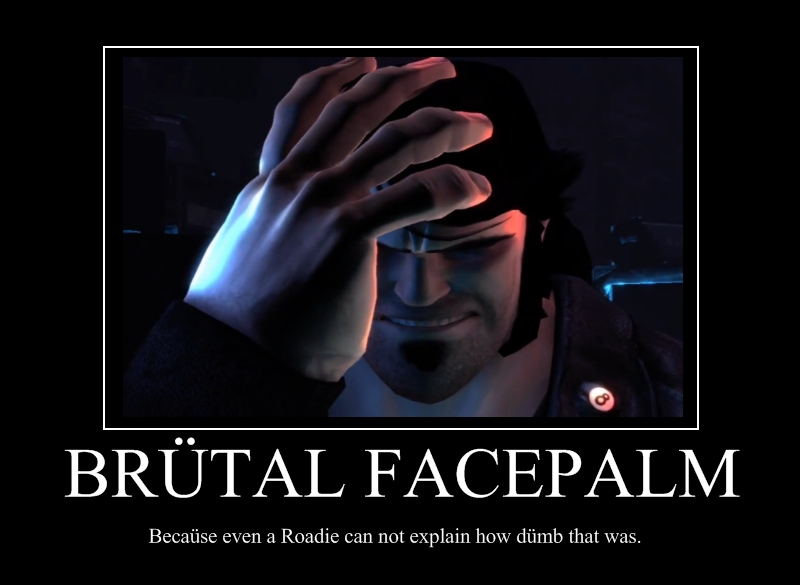 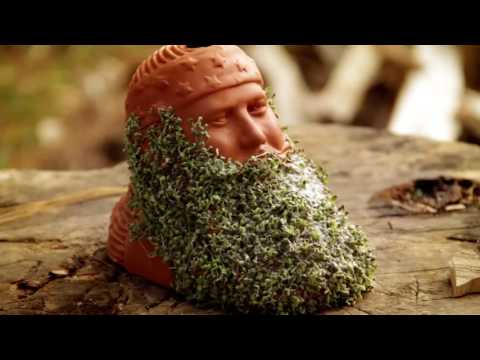 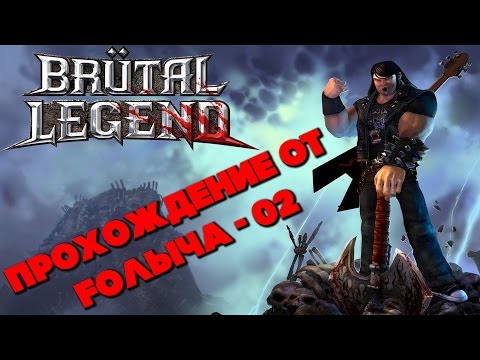 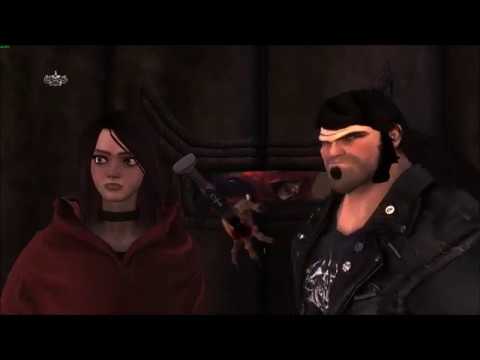 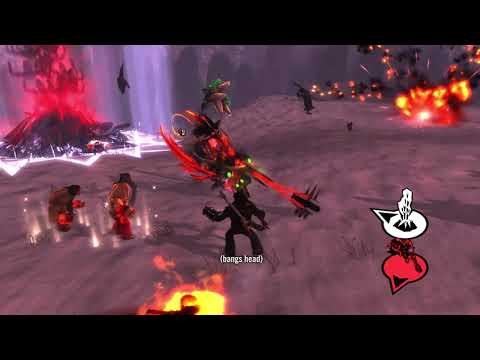 0
9
Brütal Legend Epic 2v3 Battle (with so many comebacks!) 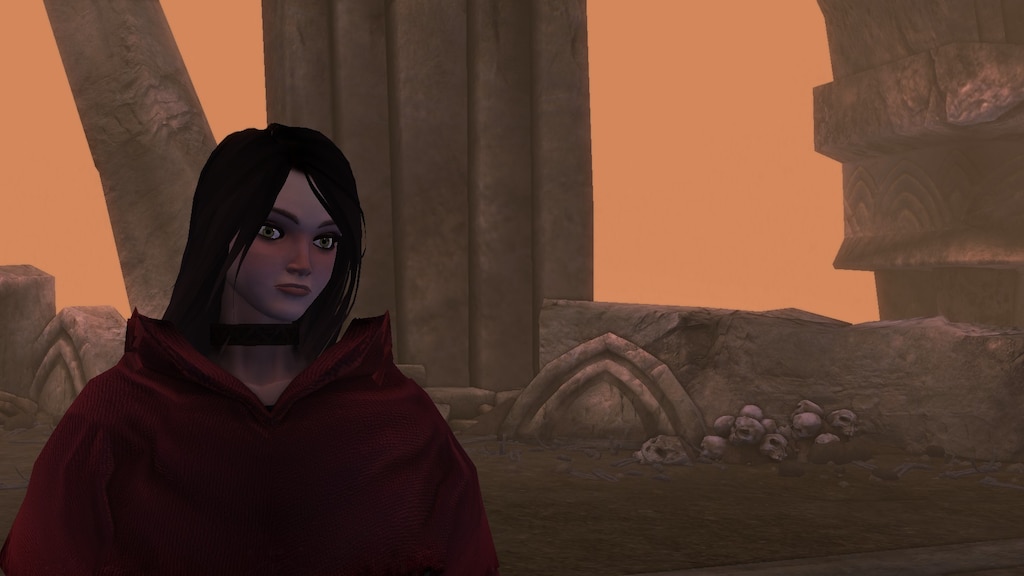 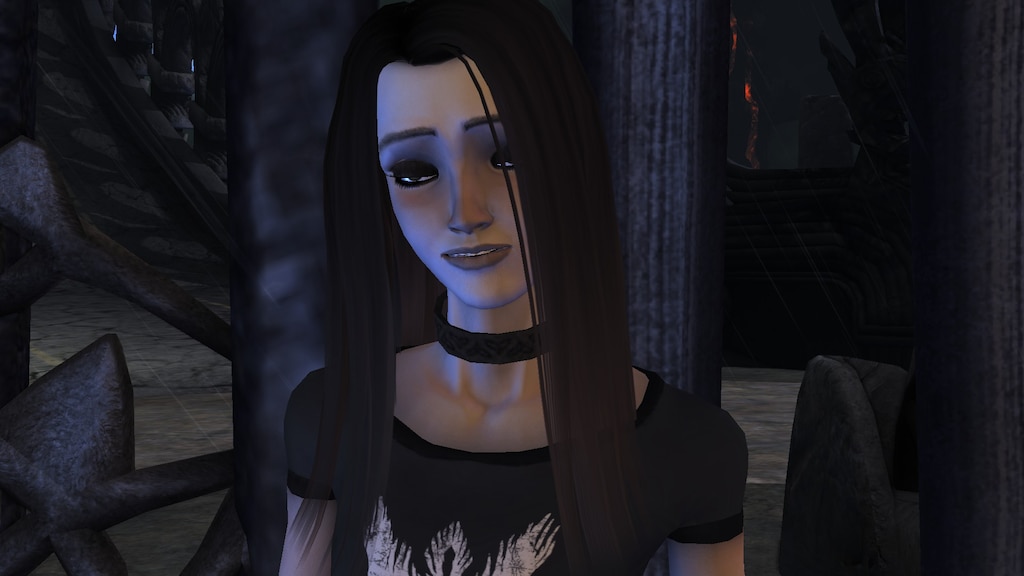 Recommended
24.7 hrs on record
Do you like Metal? Serious question, it'll make or break whether you like this game.

I like to start with the negatives, so we'll do that first. First of all, I think most people know at this point that this is a multiplayer-centric game, and one that not a lot of people play anymore. How is the multiplayer game-play? I've only really tried it in AI mode, and not for very long, but multiplayer isn't my cup of tea anyway. However, in single-player I do like the RTS element, even if it comes a out of nowhere to some extent, but the balancing of the fights seems a bit off (playing on Normal, I purposefully let Lionwhyte's forces steal some of my merch-booths, because I overwhelmed him very quickly and wanted to at least see all of his units before I had to say goodbye to the fabulous prick, but in the last Drowning Doom battle I managed to get wiped on my first try even though I had nearly decimated their army). The game also feels really rushed by the time you get to the end, where the Drowning Doom and Tainted Coil are dealt with back-to-back. There are some hints that originally the game would have gone on to a third area, where the Coil would have been the main villains, but supposedly everyone's favorite company EA decided that area didn't need to be developed. Lastly, there are a couple of nitpicks I have, mainly that Eddie seems to know about some things within the setting without ever being told (I assume the story assumes you've checked out all the Artifacts of Legend...well, I did, but it still felt weird), the character Mangus randomly appears before the first stage battle, and there's no way to play as or be friendly towards the Hair Metal Militia in any mode (I cannot help that I love Glam Metal as much as I love Heavy and Power Metal).

Now the good...everything else. The setting is a love-letter to Metal, from the feelings it evokes in a listener down to the songs on the soundtrack. Driving around the post-apocalyptic world in a flame-spitting hot rod, listening to "Leather Rebel", "Live Wire", and "We are the Road Crew" while cutting down demons and zombies is as fun and as awesome as it sounds. The characters are over the top, hammy personas that make for a great pastiche of the world depicted in classic album covers, with an obligatory splash of Frank Frazetta. Commanding a bunch of metalheads to overwhelm your foes is a rush, and the controls are fairly easy to get a hang of, even if you won't use the full range of commands or guitar solos over the course of the game. There's also the various musicians who were tapped to voice characters, including Jack Black, his bandmate Kyle Gass, Lita Ford, Rob Halford, and the two I would call the standouts of the cast, Lemmy Kilmister and Ozzy Osbourne. It's a fun extra layer if you really love the genre, and they all did an admirable job.

So again, do you like Metal? Because this game will most likely leave a distinct feeling of incompleteness when you get to the end, or at least feel like it ended too soon. But the ride to that ending will be filled with Crimson Glory (sorry, it was this or I write out the full lyrics to Sabaton's "Metal Crue") and a lot of beautiful imagery. If were given the chance to take one game and see it given its full potential, this is the one I would pick, because of how much I enjoy it as-is. Give it a play if it looks cool.

Recommended
14.8 hrs on record
best game I've ever played it's old but hilarious and still a classic in 2020 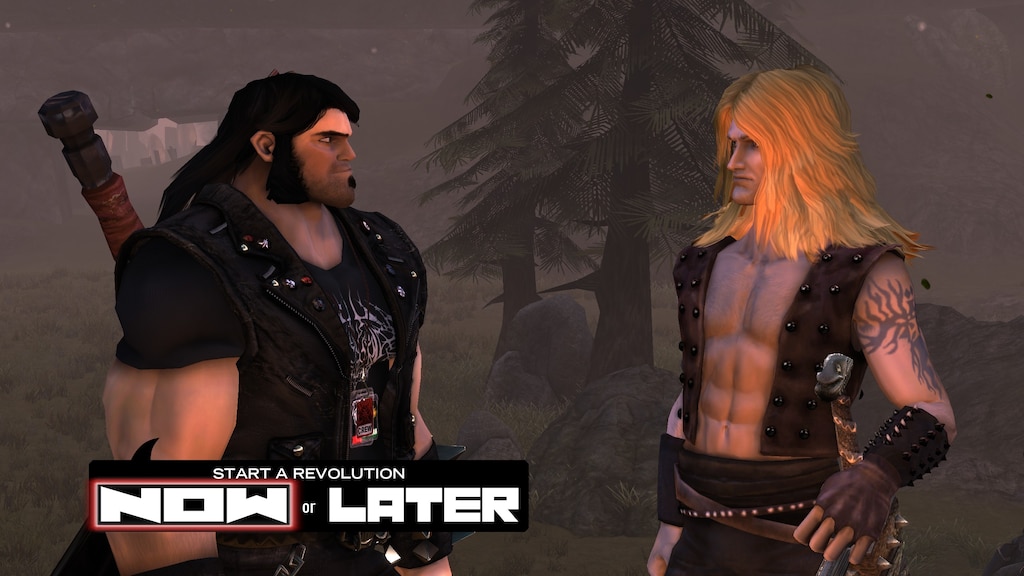 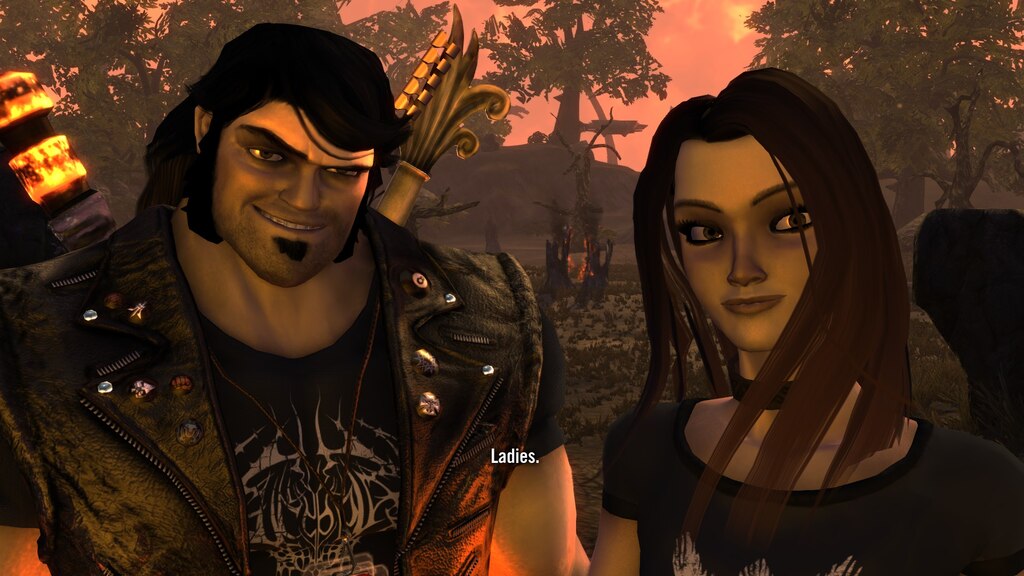 CHAD EDDIE RIGGS
52 products in account
1
BL PC: Official Update Thread!
Hi everyone! This thread is going to be the official update thread. In it, we here at Double Fine are going to try and keep everyone informed about the changes that are going into the updates. That way you can know about all the awesome stuff getting fix...
1,674

notanerd1411
Apr 10, 2019 @ 11:36am
General Discussions
6 degrees of Schaffer
I want to complete this game 100% with all the achievments, so i need to have this one, if there is somebody with this achievement out there who want to play with me a game in order for me to have it, it would be great. Thx in advance (P.S : excuse my l...
4

witherskeletton
May 27 @ 11:52am
General Discussions
KNOWN BUG LIST - Please contribute
I'll try to keep this list as updated as I can. If you want me to add a bug, please clearly describe the bug, how to reproduce it, and your system. ***------READ THE LIST BEFORE POSTING NEW BUGS-------*** GAME-BREAKING -When using some gamepads, the r...
788