Named Game of the Year by over 50 publications, Valve's debut title blends action and adventure with award-winning technology to create a frighteningly realistic world where players must think to survive.
$9.99
Visit the Store Page
Most popular community and official content for the past week.  (?)
imagine halo 1 in half life 1
like its the perfect mix up they both use power amour they both are badasses some one make this ♥♥♥♥ i want to play it
13

R0sErYisRaD
May 19 @ 4:31pm
General Discussions
Let's make a three word story about Gordon 5
Same as before, i'll start and you continue. You're allowed to use more words for names by the way. Let's end past 2999, now let's begin: Gordon was relaxing in a dumpster on his vacation to the City 18 waste canals when he realised he left his... Now you continue. 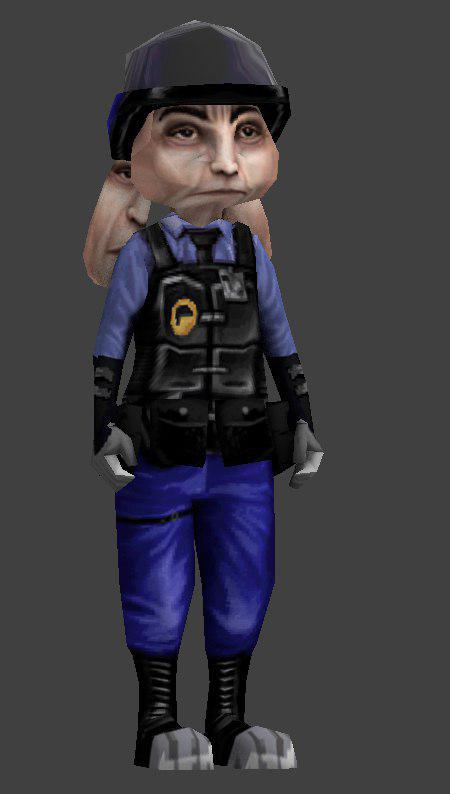 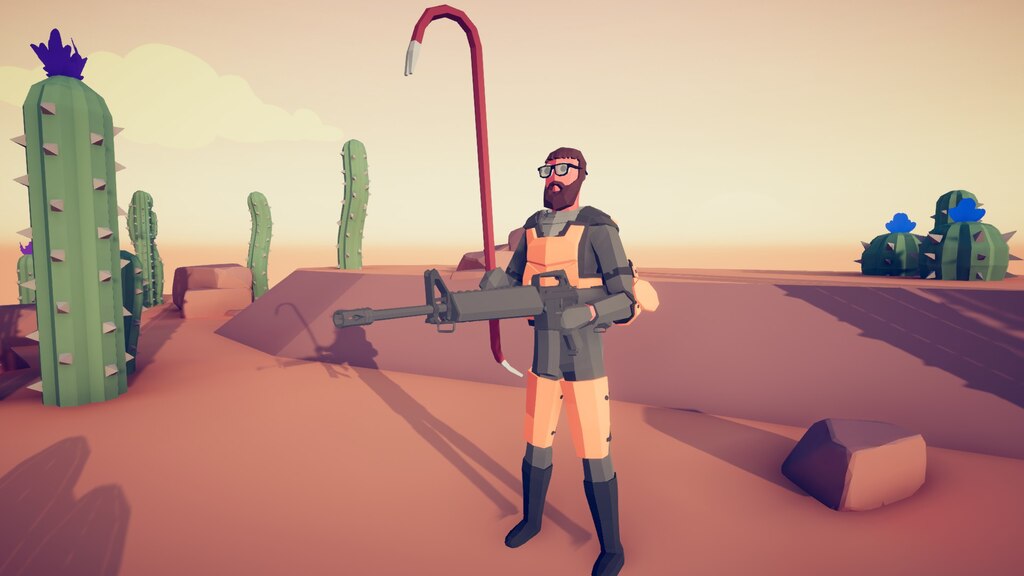 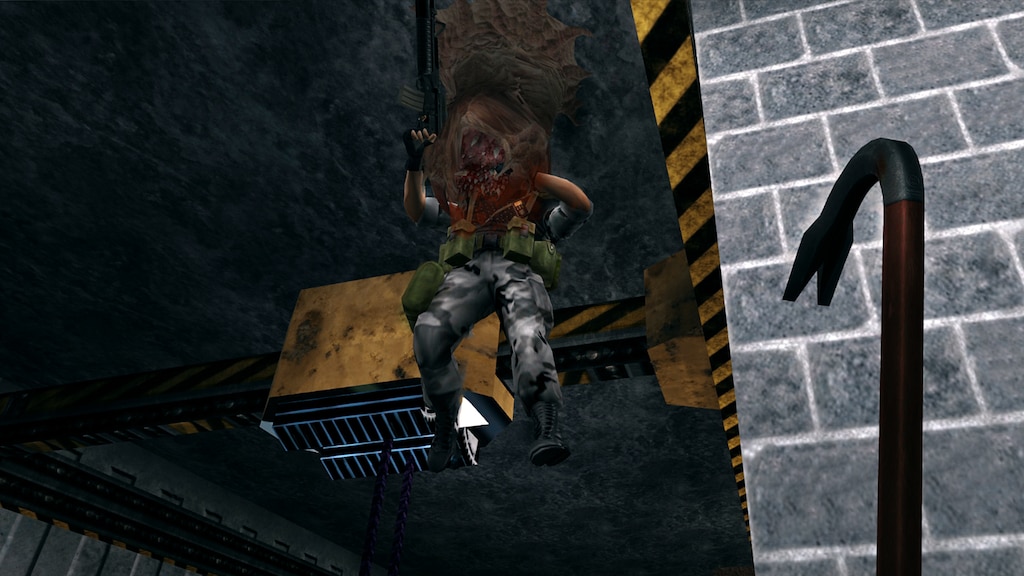 Recommended
37.0 hrs on record
Review of Half-Life
Revolutionizing the industry with a story about a simple man, who's late for work. Honestly, what could go wrong at Black Mesa? An ethically sound, well guarded, and secluded research facility. Surely no experimentation could cause a quantum destabilization that opens inter-dimensional tears bringing forth hostile denizens from a border between realities. An event of which would later lead to the downfall of Humanity. After all, the possibility of a resonance cascade scenario, is extremely unlikely.

Redefining the First Person Shooter
Before Half-Life, the FPS genre was defined by a series of separate arena maze-like levels filled with enemies, where your only goal was to kill any and everything that moved. What if.. there were a first person shooter that drove you through a seamless & breathing world. One where you'd live out the events of a story, like an interactive movie. Today, this might seem silly, but in the late 1990's, this wasn't the vision, or idea, of what an FPS was meant to be. Nobody cared about such things, I mean, you bought an FPS to shoot things from a first person perspective, right? The genre could be nothing more or less than that. Or at least, that was until the talented folks behind Half-Life's development wanted to try something new, and as a result, played a huge role in changing gaming forever.

Half-Life presents a narrative to the player, not through cutscenes, pre-explained exposition (Which isn't a bad thing, mind you), or walls of text, but instead through NPC dialogue & world building. You learn the events as they play out on screen, and progress through a consistent & seamless world. Not cut together by levels and loading screens, but chapters that are connected one after the other. Tied by in-world loading disguised by hallways or corners. That keep you in the world, and make the environment feel like a real place. Never taking you out of the experience. It's not about getting kills, or reaching a highscore. It's about survival, and fixing the mess that was inadvertently your fault.

In the beginning you'll be living out just another day at your job. When an experiment goes terribly wrong, creating a 'Resonance Cascade' that opens rifts allowing creatures from the borderworld; Xen to freely pour into Black Mesa, your only hope of safety is to reach the surface, and escape the facility. You have no idea just how bad the situation is outside the lower levels you're fighting through. If the situation is even being contained, or if it's spreading. It's through other scientists and security guards, that you'll discover a military unit is responding to the emergency. You and your fellow coworkers are rescued, all you need to do is find them. Of course.. this short lived hope is abruptly shutdown when it becomes apparent that the military is there to clean up. Including all facility assets. The entire narrative shifts 180 degrees, and instead of running to the surface, you're running right back down into the dark depths. Your new goal, to reach the opposite end of the facility, as it's said there's a plan to end this once and for all, in the Lambda Complex.

The world of Half-Life is alive. What I feel is underappreciated is just how advanced the AI was for its time. Xen creatures have a complex algorithm of behaviors and reactions, these.. animals, will fight and eat each other. They're creatures from all corners of existence, not best friends. Beings that appear to have a high level of intellect, are reduced to mindless slaves, fighting for.. someone, or something. The HECU, or military that's present, work in squads. They'll retreat when wounded. They'll speak to each other. They'll search for you. They'll drop grenades when you're chasing them, or throw them to flush you out. They will fight the invading Xen army. The roaches that're no bigger than your toe will feast and scatter. Scientists & security will react to smells. It's incredible to look back at this game and see just how ahead of its time, it really was. Simply incredible. The only limitation is that the AI is only able to perform one action at a time. However it's so easy to overlook this with just how well it all works.
I highly suggest MarphitimusBlackimus on YouTube, for his detailed analysis videos on the inner workings of this game. It will really open your eyes, if they're not already.

Never Stale
The gameplay and environmental systems never overstay their welcome. You'll explore all kinds of areas, never spending too much time in any one place. Nor doing one thing enough times to annoy you. Clean and slick interiors of advanced sectors in Black Mesa. Dark, and rusted halls of portions that're in disrepair. A rocket test silo. The hot scorching sands on the surface. Scaling a sheer vertical cliff face. The bizarre and alien Xen. To name a few.

Environmental puzzles stay relatively simple, with the biggest challenge being not getting lost in some of the chapters that have you searching about to activate or deactivate something.

As an FPS, you'll have access to a sizable arsenal of weaponry across a playthrough. Every weapon is varied, and different. With most weapons having an alternative fire mode that provides advantages in specific moments. Managing your ammunition is crucial. You have to scavenge for it, find your way into rooms or pick it off dead soldiers. It's easy to run low on ammo. Health works similarly, as well as your HEV suits power. Both of which are definite non regenerating pools. This type of old school difficulty, is a great satisfying mix. Which for me, is important, since I pick up on artificial difficulty easily. Half-Life is almost completely free of such things.

Visually, the game's textures and geometry are dated by today's standards. However, the palette used, and the style it creates, allows Half-Life to hold up better than its sequels, in my opinion. Add on the advanced & detailed AI, varied gameplay, and everything else - Most of which.. is completely gone in the franchises later titles, to make room for physics simulation. But more on that in a future review.

As it stands now, Half-Life is my favorite entry in the series. I believe it's timeless, iconic, and important to see for the legacy it created. My only complaints about the experience, are the chapter "On a Rail", a poorly paced chapter that can be easily walked through in a quarter of the time, and the "tentacle", because I'm salty and that thing is scary as Hell. I would love to breakdown this game in a monster sized review, but with Steam review character limits, that's just not possible.

Conclusion (Pros & Cons)
Half-Life is no doubt already in your library. For good reason. If it's not, then I suggest you at least try it when you get the chance. Put yourself into a 90's mindset, and experience just how mind blowing this game really is. A first time player can expect around 10-15 hours for a playthrough. A returning player can finish as early as 4~ hours.

They're waiting for you Gordon, in the test chamber.

Pros:
+Works perfectly on modern PC's
+Revolutionary title
+Advanced AI (For its time)
+Birthed some of the most popular multiplayer titles via mods
+Testament to how trying new things, can change everything
+A 'Ground Zero' story

Disclaimer
Thank you for taking the time to read my review. Please remember, that this is just my opinion. We don't have to agree, one thing I love you may hate, and one thing I hate you may love. Hopefully this gave you an idea of what to expect.

Review lengths have been greatly compressed due to the character limit. 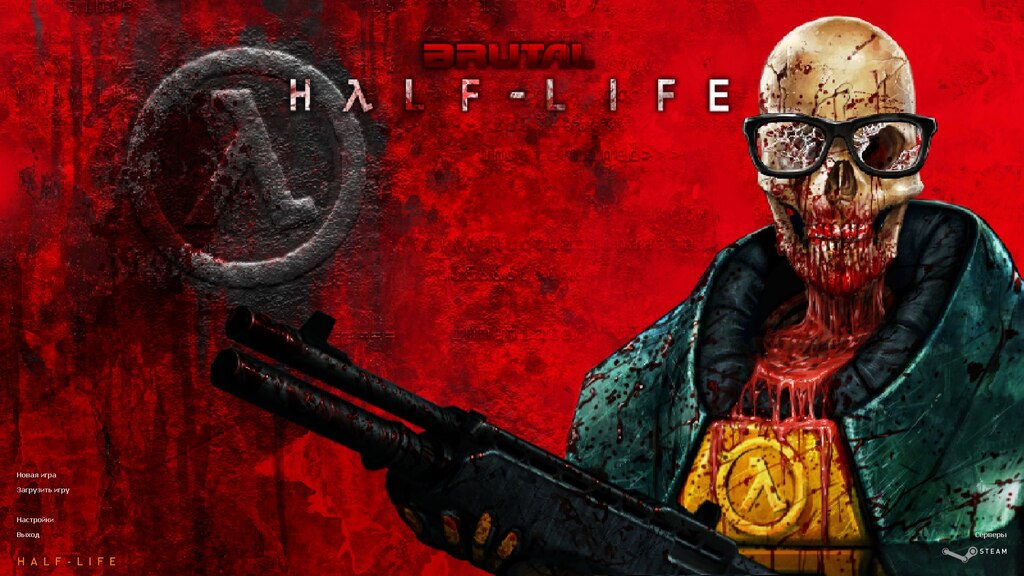 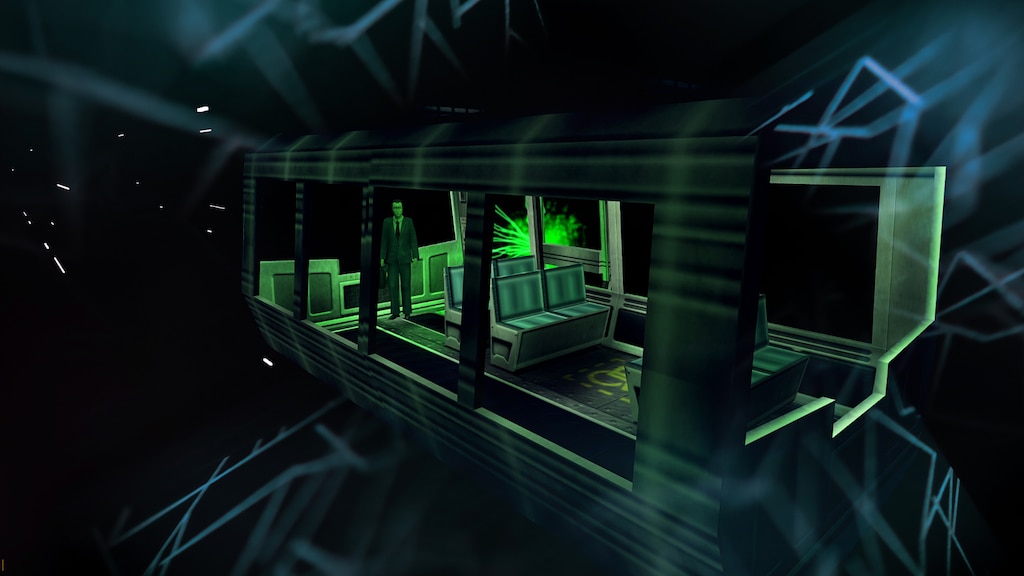 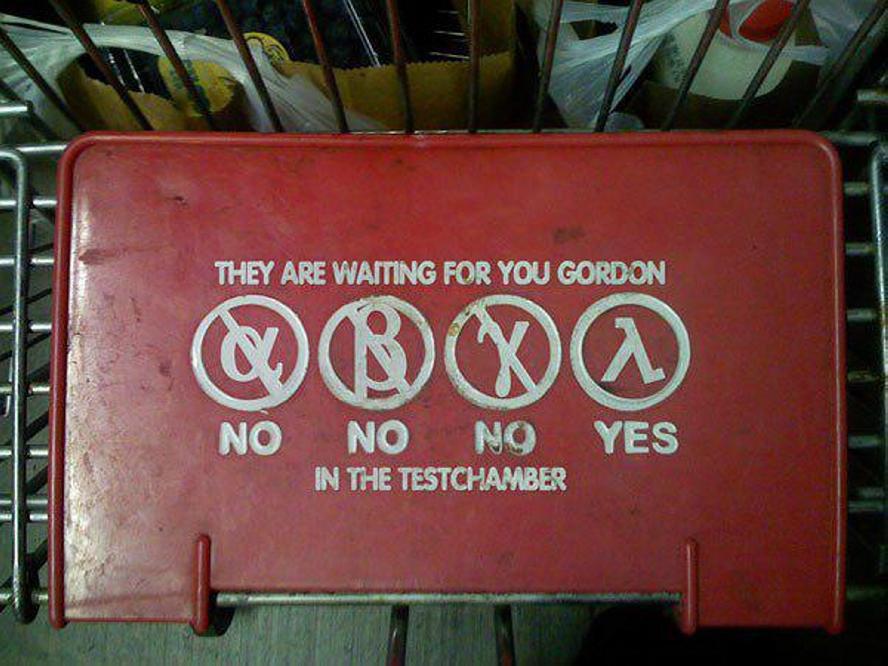 Recommended
7.7 hrs on record
rise and shine mr. freeman,rise and shine...
not that i wish to imply you have been sleeping on the job. no one is more deserving of a rest. and all the effort in the world would have gone to waste until...
well...
let's just say your time has come again.
the right man in the wrong place can make all the differences in the world.
so wake up mr. freeman, and smell the ashes 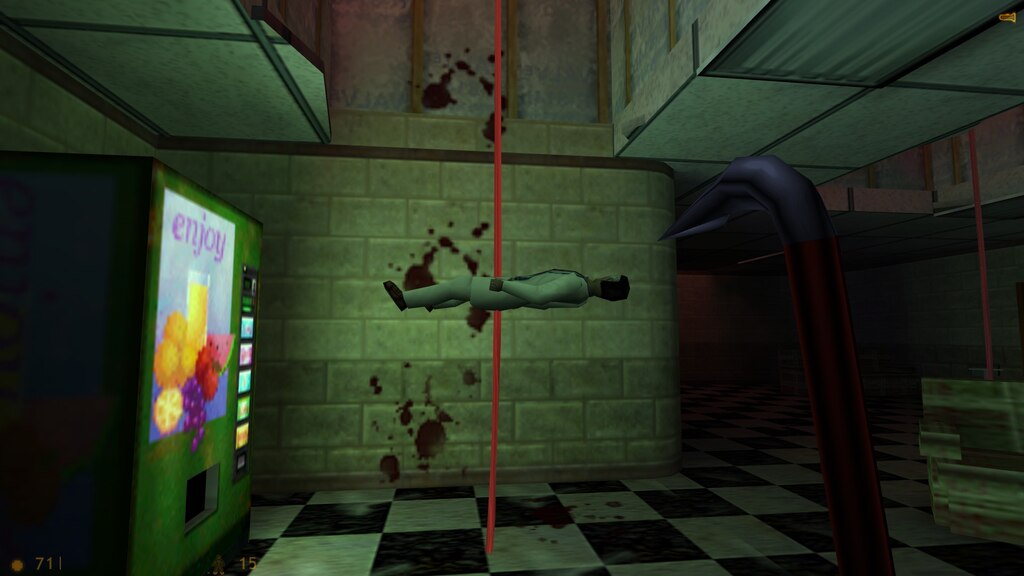 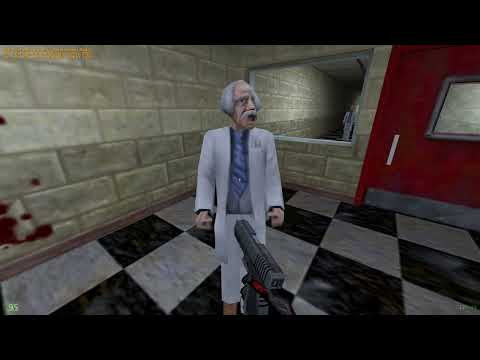 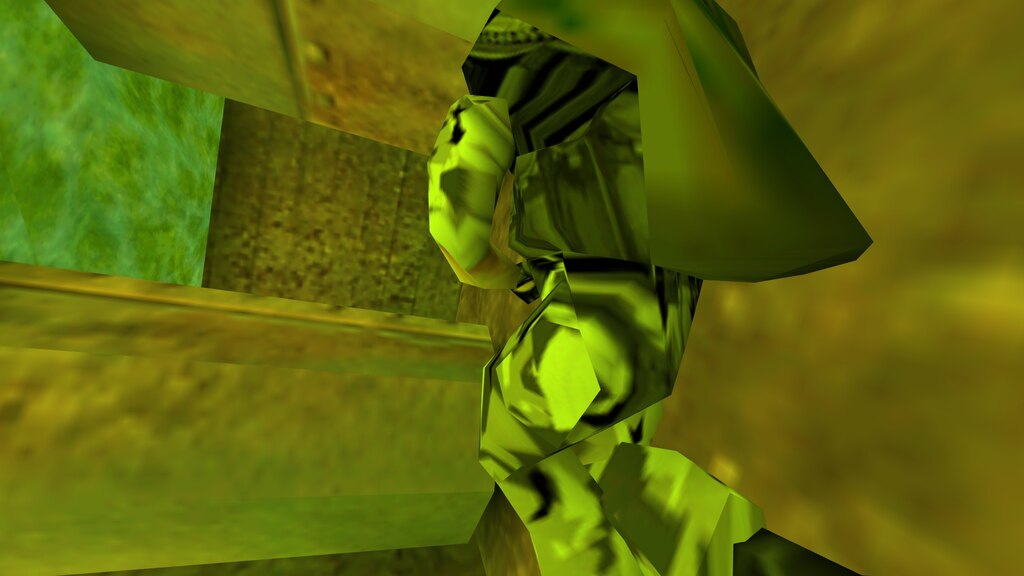 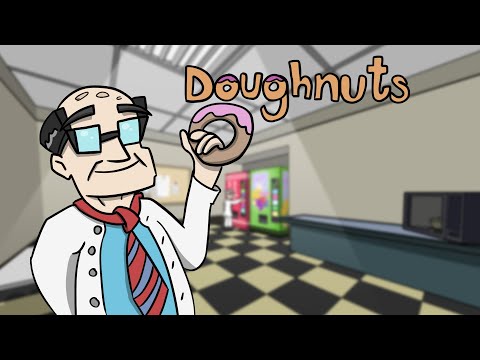 How to not die in Half-Life
This guide will show you how to live through the resonance cascade as Gordon Ramsay Freeman. 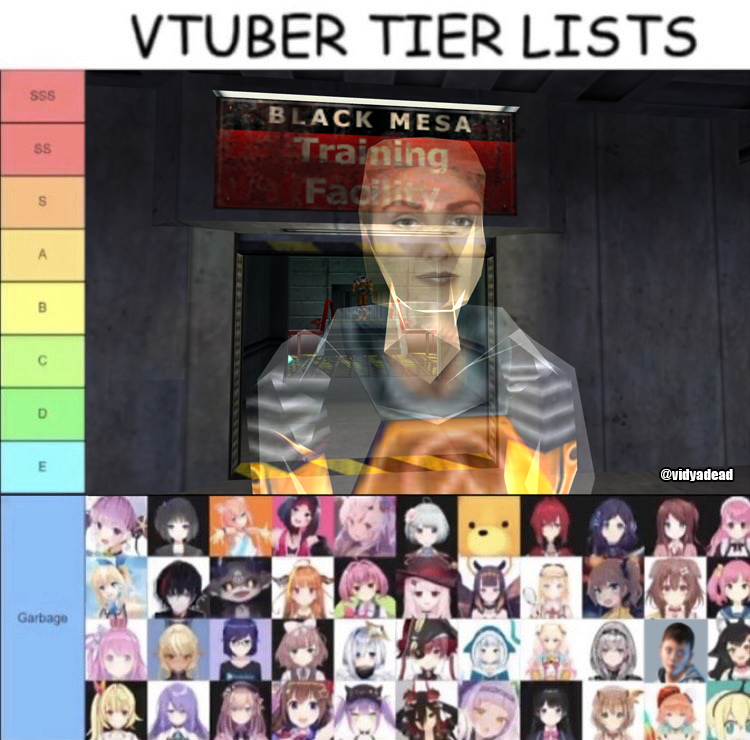 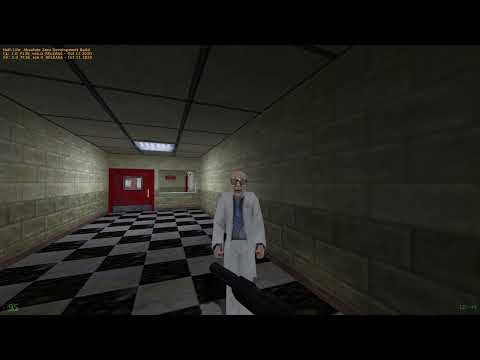 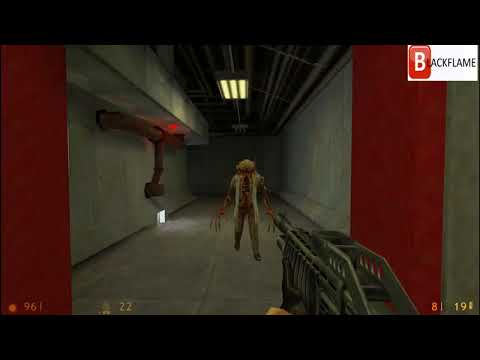 How to jump?
This guide is designed to explain the basic mechanics of the game.

Dr. Williams
14 hours ago
General Discussions
Speedrun help
can someone please help me set up this game..i have it working but i dont know what commands to use ive tried tons of diff commands sv accel bhopcapp the thing is idk what combo i need to use to have it working properly...getting irritated because i know it not as didicult as it seems but so many videos have me confused in that sense..i just wanna run the game prob whats easiest for beginners and have fun..not keep gettin annoyed trying to figure out the setup...
7