Experience the Fear: Set in the terrifying world of Resident Evil.
Visit the Store Page
Most popular community and official content for the past week.  (?)
Message from Capcom regarding Games for Windows Live
Nov 8
We are aware of an issue that some customers may be experiencing during game installation which is related to Games for Windows LIVE. We are temporarily disabling the purchase option on Steam while we investigate the matter further. We will keep you informed of the progress of the investigation. Thank you for your patience.

Resident Evil: Operation Raccoon City
748
325
so what is the solution capcom for gfwl ??
i love this game but we can't play now... capcom never responding for fix this problem...
19 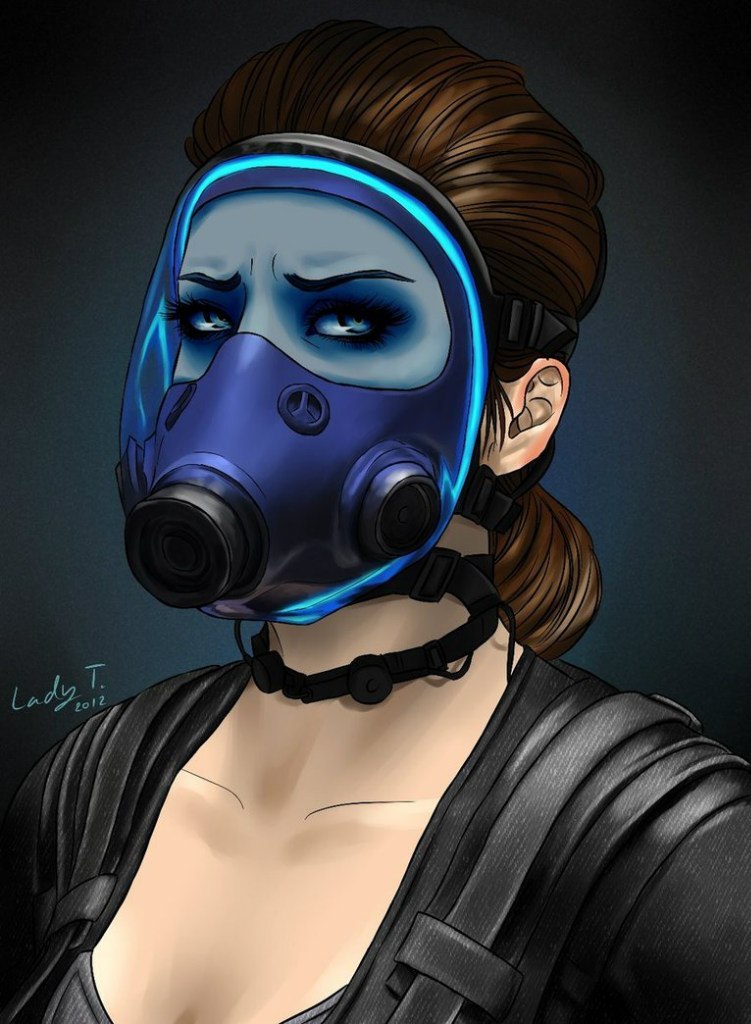 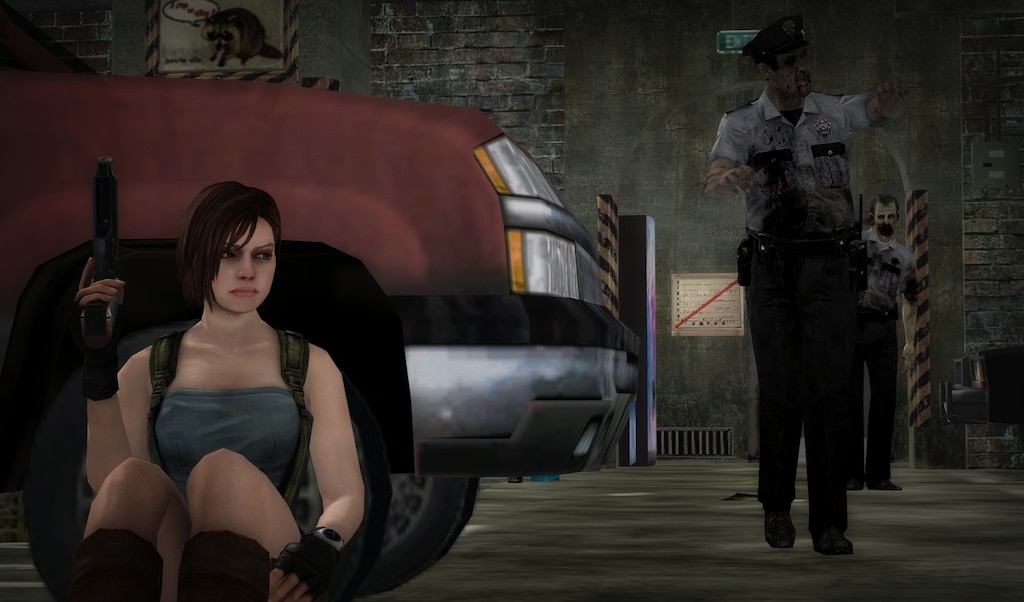 How to Install GFWL and Play ONLINE [2016]
These instructions will be useful to install properly GFWL and enjoy RE: ORC and all its online functions. Note: It seems that the game is not working online on Windows 10. Estas instrucciones te seran utiles para instalar correctamente GFWL y disfruta...
245 ratings

How to run game on Windows 10
A little tutorial for Windows 10 users.
232 ratings 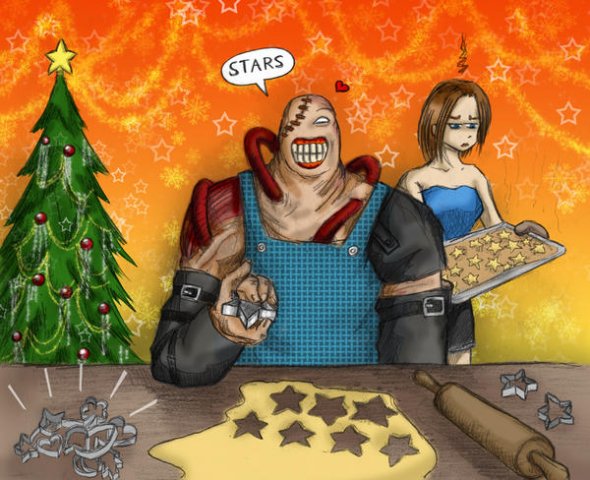 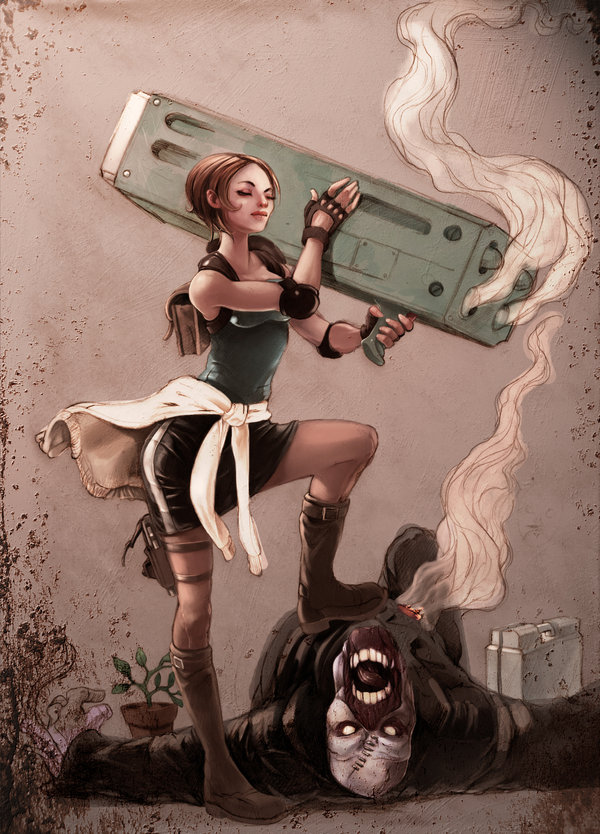 GFWL: Signing in on Windows 10
A guide for installing and troubleshooting the Games for Windows Live DRM on Windows 10.
148 ratings 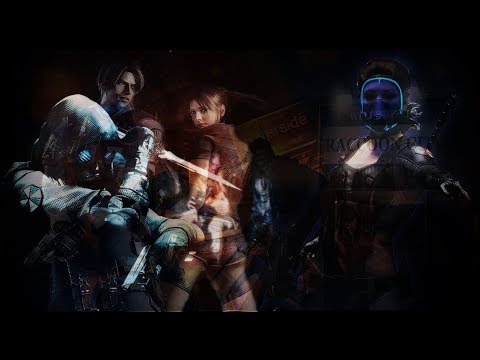 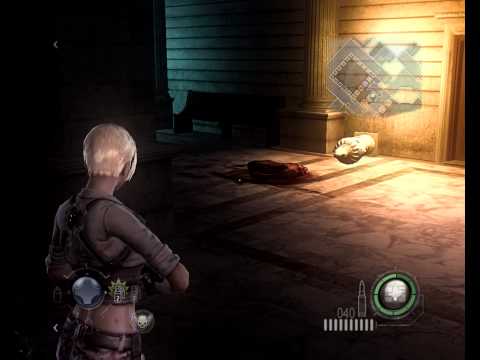 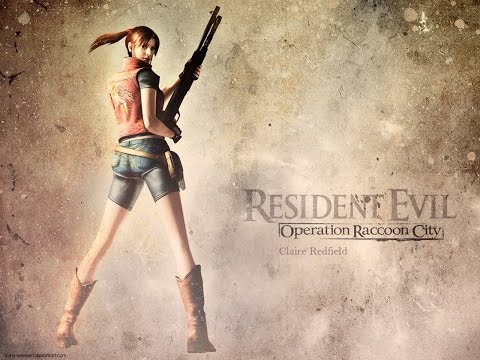 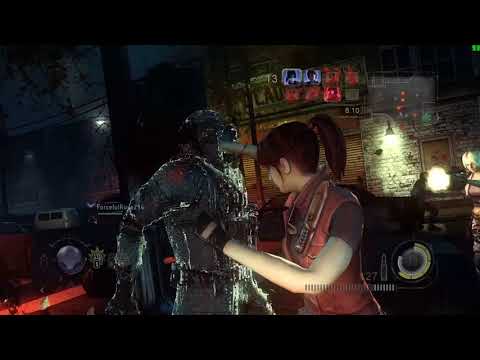 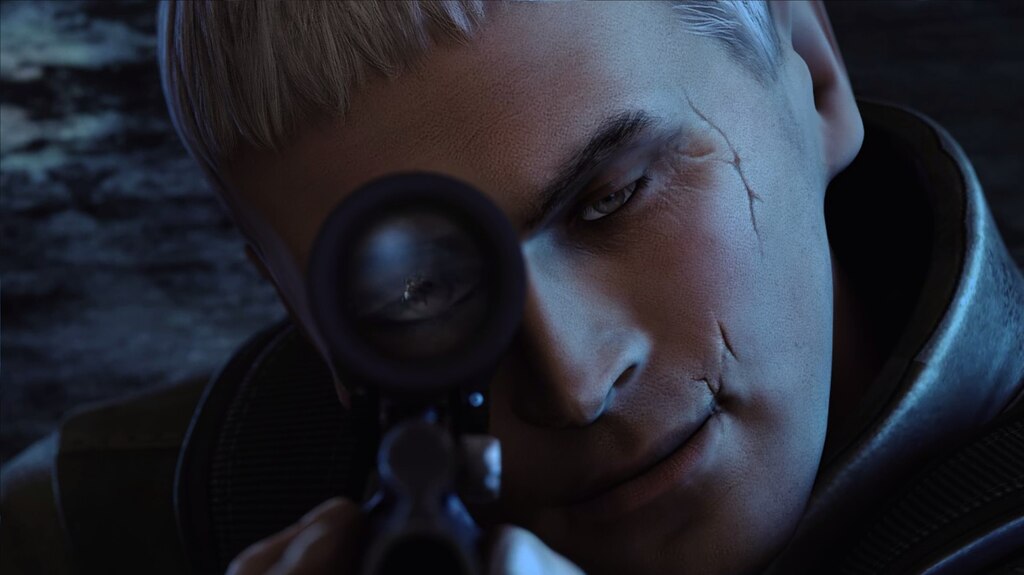 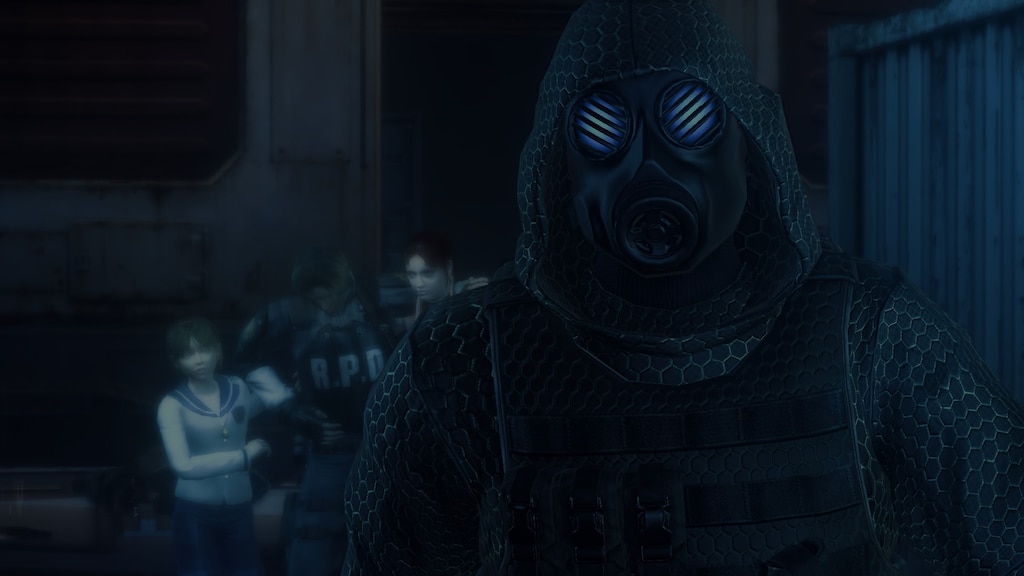 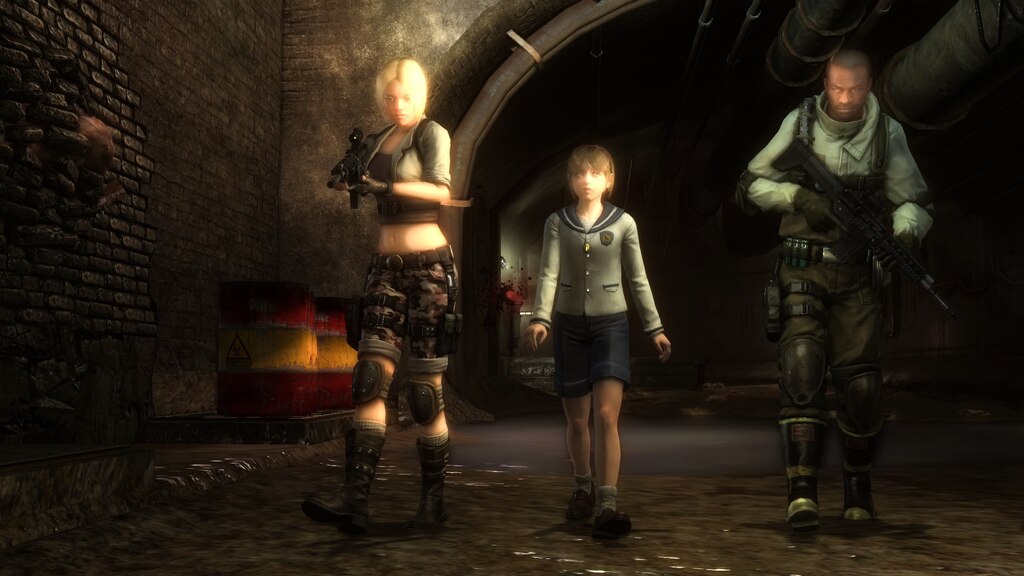 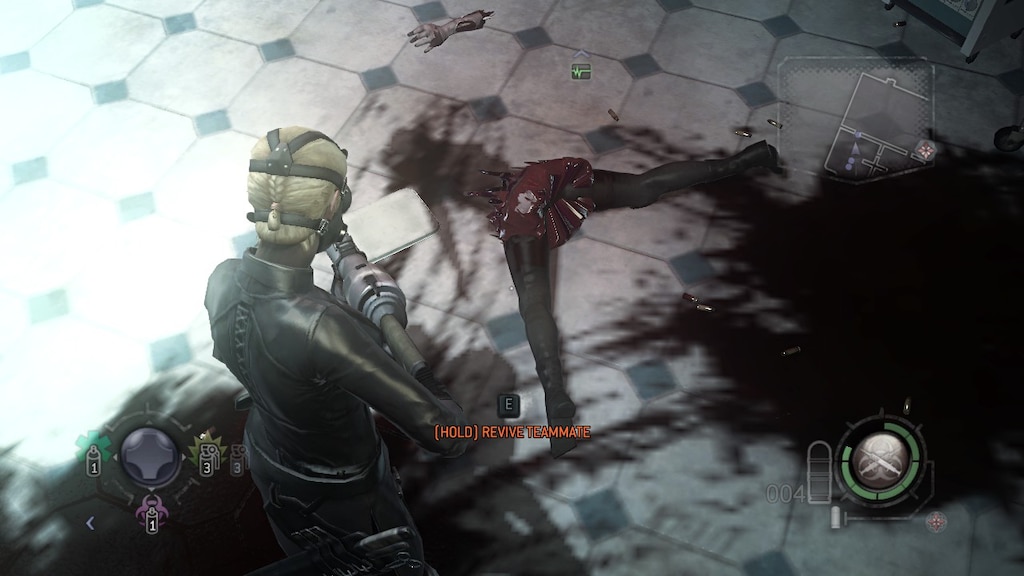 Recommended
10.2 hrs on record
So.

You know that kid in the corner that drinks that weirdly offbrand cola/soda while they read a book by that writer who has a very odd writing style while listening to that band that isn't really good but does things out of the box? That was me as a kid and me well into my old age!

This is pertinent, I promise.

This game has some jank in its trunk and I'm one of those folks who receives a mild euphoria from games with jank (Bloodlines, Alpha Protocol). No denying, getting it right out of the way right now the actual game has jankiness.

That's a good thing. See so many games today tend to be so over polished that they don't actually try anything new or provide the same experience a dozen other games already do. With jank usually comes some form of unique ideas or innovation, some miss the mark and others hit it dead on.

I think this one did it rather well. It's a squad based 3rd person shooter where the character you pick has some unique abilities and those are expanded upon by a point based unlocking system, so it encourages you to either replay through the story multiple times or be a part of the multiplayer. Not something we haven't seen before today but back in "the day" and for this series it was, it was something we didn't always see.

The story is RE2/3 reimagined.

A What if, if you will of what if you were the bad guys. Now as we know bad guys in all forms of media are always cooler with the notable exception of Guts. They look cooler, they have that cooler weapon and somtimes they're even CALLED Cooler. We even have a playable Hunk fanboy for all the Hunkheads (trademarked, it's mine, MIIIIINE my precious) out there.

Remember in 2 when Mr. X is dropped in that cutscene and we see other containers we assume are other Mr. X's is. This game addresses it. How about what Mr. X, Birkin or the zombos when not chasing? Addressed. How about a situation where the events of the ending of RE2 didn't quite turn out the same way...also addressed, their is a choice. Though don't expect it to be game defining it was still a nice add in my book.

The gameplay has the bones of a run of the mill 3rd person game <at this time> and this is due, if I recall, to the developers being the folks who worked on those successful(?) SOCOM games. It has all the hallmarks of RE games such as herbs and healing sprays mixed with a Gears of War "revive me" hilarity. Guns feel different and of course there are some better than others but in my entire time playing through this game, on PC and PS3, never felt at a disadvantage.

So why do I have a bit of a fondness for this game especially looking back considering their seems to be a ton of things we see in nearly every game? That's because it reminds me of an old Commodore 64 game I used to play called G.I.Joe where you basically pick a character and fight another character on a small map where sometimes a 3rd party robot would appear that would attack you or the other person you fought against.

See in this game, when you play the main story <as the Umbrella Security Service, would you like a G-virus with your fries?> you face off against the US military forces while a 3rd entity, the infected such as zombies and hunters, act as a more neutral faction. This means you could cause a special forces enemy to bleed out which would cause zombies and hunters to target them for you or in the case of my favorite character, throw a grenade that makes the special forces smell so wonderful the infected just have to get their number!

It's not a huge deal but this type of gimmick is something I enjoy and I'm always happy to see show up in a game as I don't think it's done enough. It makes it feel less like it's you against the game and more like you're experiencing an actual world.

The game works on a level stage like system where more or less you move from set piece to set piece but I found the levels to be large and expansive enough to not be boring. Added collectibles give you a bit more incentive to double, triple check places you have been to make sure you got everything before progressing only to find out you missed something because you're impatient < stop being impatient>.

Enemies are introduced in a manner where they introduce new mechanics, gimmicks or ideas as you progress into the later game where it's one of those "now take everything you've learned and excel".

I wouldn't say they aged well because even at the time they weren't great but that adds some of that rough edged charm I find endearing. Birkin especially looks out of place compared to some of the other models. I'm not much of a graphics hound dog, I'll always be a champion of gameplay every time <look I still play Twisted Metal 1 and 2, Rogue trip and Critical Depth to this day. I just finished parasite Eve 1 again and played/beat parasite Eve 2 for the first time about a month ago>.

Not much else to say really about graphics.

Multiplayer so, ya that's a thing. It was a bugbear then it isn't so much now because the game has a rather large issue. It requires GFWL. A defunct system that was terrible then and is even worse now. At the time of this review Capcom has removed the game from the store, I think, and is working on this issue. As not only does it make it difficult to do any kind of multiplayer it actually makes the game extremely unplayable without needing to jump through hoops.

My hope is they rerelease this while removing the GFWL requirement. I could only imagine if/when it is fixed that multiplayer will be a blast as the core essence of the gameplay is just fun. It isn't balanced nor is it "competitive" but it is fun. Playing through the story with friends will always be great while the versus mode of it would have USS versus US special forces facing off in goal oriented modes where the infected act as both a hindrance as well as a boon.

Overall it's a solid game that is hurt more by the fact it is so difficult to play and I believe if Capcom fixes it up just enough so that one doesn't have to jump through hoops, it'll see a huge bump in traffic. I highly recommend if/when it gets relisted and the activation/being able to play the game is, hopefully, fixed you snag this. It's cheap price will be well worth the price.

Lets face reality for a second. Capcom has failed horribly with a multiplayer Resident Evil game over the years. Outbreak 1 and 2 being exceptions but they don't seem interested in doing what works. Instead pumping out terrible ideas <or mediocre at best> for multiplayer games instead.

This game would be, if rereleased fixed up, would be added to a solid multiplayer entry akin to Outbreak 1/2 < which hopefully we see again someday for mass sale> and vastly better than what Capcom has been doing over the past couple years.

I'm not a professional reviewer. I'm also fairly lazy and type like I talk. Spelling errors and grammatical errors galore. I also always hated writing papers in college, finding the arbitrary "rules of writing" to be constrictive to creative thought and interesting ideas or points to be boiled down to a formulaic chore of a read. I hope you gleaned something positive from this review in regards to the game and if we see this relisted fixed up just enough, I also hope you give it a chance. 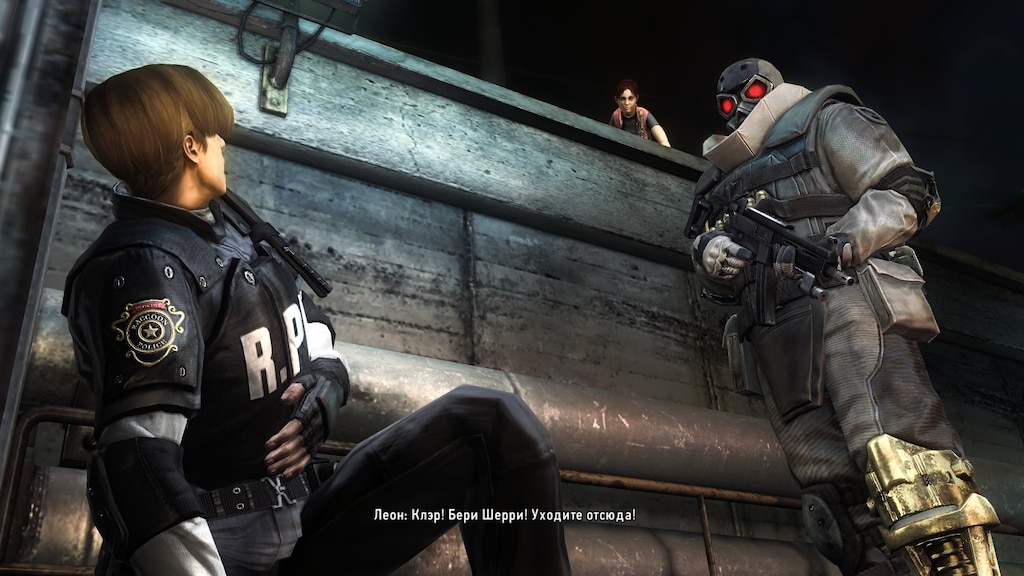 Recommended
11.4 hrs on record
Honestly? Who liked Leon kennedy anyways? He always fell flat when paired up next to Claire or Ada, and this game just proves it. Now i DONT know my resident evil so it comes as a shocker that this being leons first game, they hardly use him! I keep hearing folks talking about how exploring the police station was thir favorite part, and I would have to agree. Thats the only part of the game I can think of where theres some real exploration. All in all this is the best resident evil game ever made.

jaguar_n3gr0
Nov 9 @ 8:48am
General Discussions
Error while trying to download profile, help please!
I downloaded the fixed gfwl and every time i sign into my profile to download my live account, the blue bar does not move and i get a error, how do I fix this? I wanna be able to play online and save my progress!
9