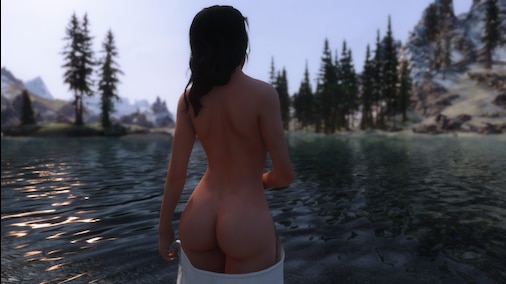 Enderal: Forgotten Stories
159 Hours played
Hands down, for me, this is one of the best things I have experienced in my life. It's not just a mod like many people call it, and not even a separate game, it's a personal experience, an emotional rollercoaster unlike any other thing I've experienced in almost 2 decades I've been constantly gaming. It can really touch you, make you ask yourself questions about life, morals, etc. I can't even begin to explain without giving spoilers or too much details how the endings felt after I got so invested in the game, it's story and characters. It can devastate you, and I don't think there's any other game, no matter how nostalgic I might be about it, that made me feel atleast in a similar way.

Now... enough of the dramatic stuff, because like I said, I think the game is very personal, so it might make you feel completely different.
On to the game itself.
This game is a real gem. The amount of content and the way it's implemented is mind blowing.
Being a fan of the old hardcore rpg Gothic series, the difficulty, leveled zones, and certain similar gameplay mechanics are really great. Wandering randomly without proper gear can really punish you for not preparing yourself. However, there are plenty rewards for those who dare to explore, and there are a LOT of places to discover in this game, and secrets to be uncovered.
In the begining the story might seem overwhelming, you learn about so many things that don't seem connected, you meet interesting characters, you try to see what is causing a certain "fever" you are experiencing, all while have weird visions and dream sequences. As you advance the story, everything falls into place and starts to make sense. You learn the connections between everything. The plot twists in the second half of the game are the most memorable, and really tense things up as you feel an impending doom aproaching. From there on you are trying to achieve the impossible. Can you save the world?

The characters are excellently written. Each one with it's personality, principles and ideas, that you will learn while interacting with them. There's also a number of side quests and special dialogue with two important characters which will dive deep into the more psychological side of the game, with certain questions about morals, what's good and what's wrong, etc. Other interactions with them include learning more about the lore, or things about themselves.

The music, visuals and scenery, and overall atmosphere are all absolutely wonderful. Sure, the engine has it's hiccups, but that won't stop you from immersing yourself into this beautifully crafted world with deep lore and captivating story.

In the end, I want to thank all the people who have worked hard creating this masterpiece, and hope as much people as possible get to experience it.
View all 9 comments
Achievement Showcase 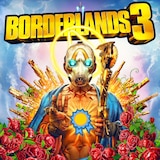 Borderlands 3
[h1][/h1]
[h1][/h1]
Looking for a simple, uncluttered way to see all the achievements in Borderlands 3 and how to do them? Then this guide is for you! Whether you're confused about a certain achievement, or just want to admire the beautiful achiev
Favorite Game

Ayyyy! Sup fam, this is message to all of my friendlist

I've recently stockpiled 200,000 shop points but I guess its way too much for me. Thus I'm willing to giveaway awards to people of my friendlist. The first 100 people with best profiles, best content, etc will get awarded. Do comment if you think you qualify

~Awarded if you want

~Awarded if you want