Cyberpunk 2077 is an open-world, action-adventure RPG set in the dark future of Night City — a dangerous megalopolis obsessed with power, glamor, and ceaseless body modification.
-50%
$59.99
$29.99
Visit the Store Page
Most popular community and official content for the past week.  (?)
20 years of CD PROJEKT RED!
Jul 1
Time flies... It's hard to believe that 20 years have passed since CD PROJEKT RED was founded. The last two decades have been filled with adventure, and we’re so proud to have created video games that players all around the world have enjoyed — not to mention having such a strong, supportive community that has been with us at every step!

Although our studio was established in February 2002, we’ve chosen to celebrate the anniversary today, July 1st, because on this exact date 20 years ago CD PROJEKT (at that time known as CD Projekt) announced its shift in focus to game development. It’s a special date that marks the beginning of our studio as we know it today. It’s where our journey into making RPGs began, and we think that’s definitely worth putting in the spotlight!

But today is not the only day we’re going to celebrate this occasion. It’s 20 years, after all! We’ve got a bunch of activities planned for the coming months, and we invite you — our awesome community — to join in the fun! Here’s the plan:

And every day you can also visit our dedicated anniversary website: http://20yearsof.cdprojektred.com to celebrate the past twenty years by sharing your memories of our games with us! We have a Birthday Gallery where you can submit screenshots, photos, drawings or anything else you can come up with!

We can’t wait to see what you send us!

Cyberpunk 2077
4,780
412
Cyberpunk 2077 is no longer a next generation game
Taking it back to the focus, I would like to keep the real topic discussed. Avoiding the derailing, I want to be sure that Cyberpunk is aware of the disapproval that I have in this move, to an already released product, to bait a next generation game, and reducing it to last generation due to pressure from consoles and lower end computers. Please keep it on topic to not hurt feelings, as feeling are quite important to some people, and we do not want to hurt them and cause reason to be sad or hurt. My stat...
26 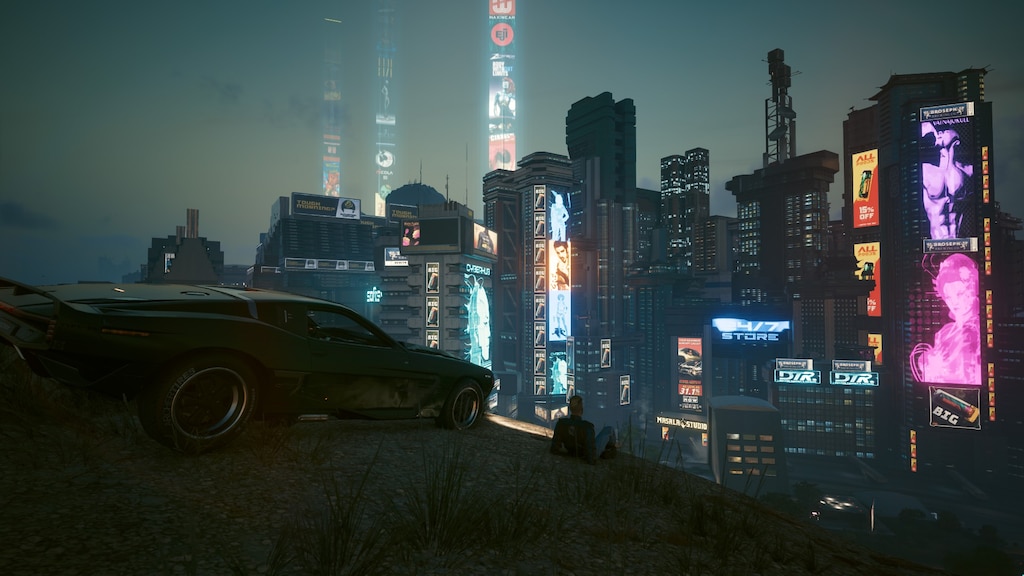 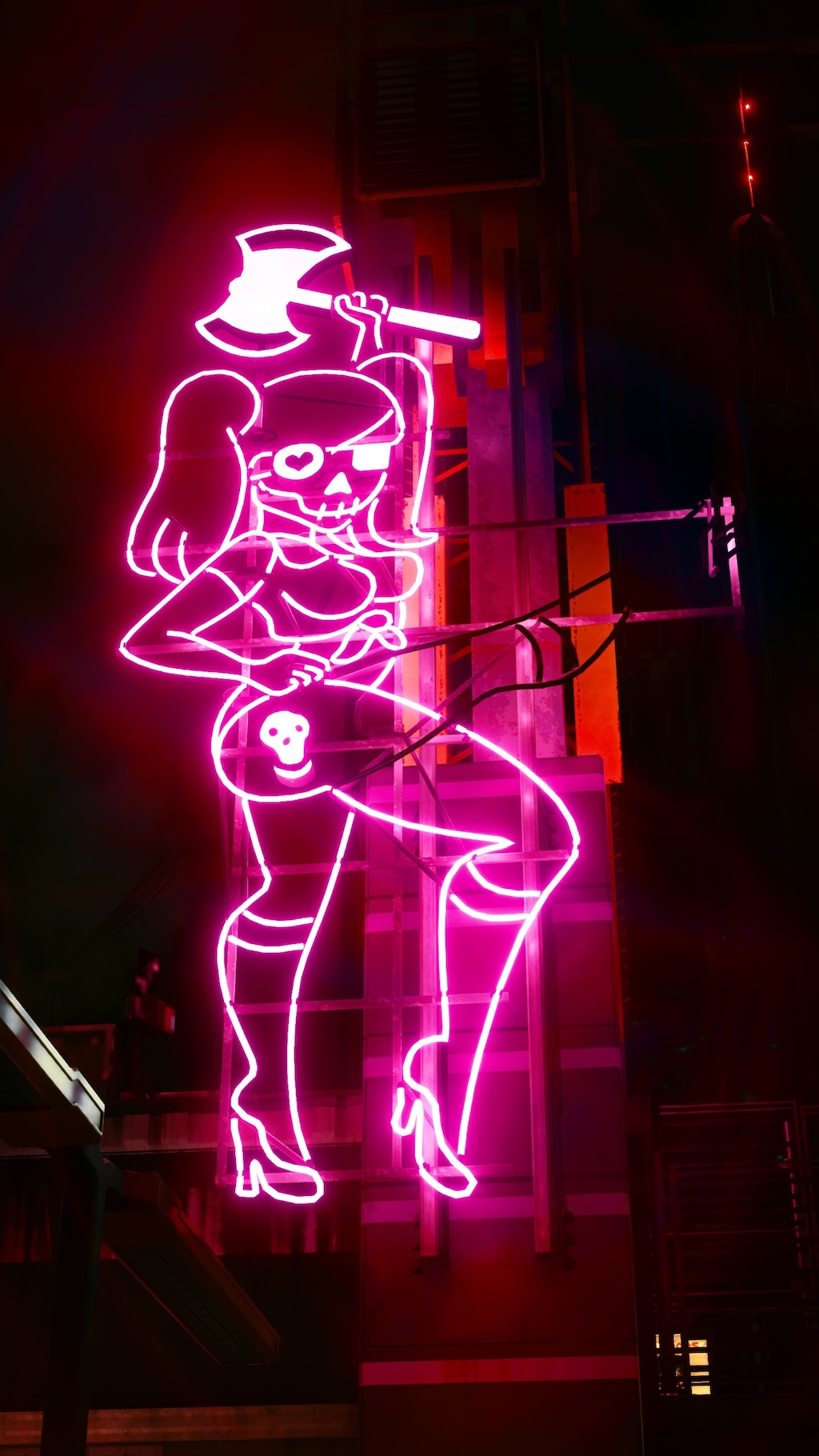 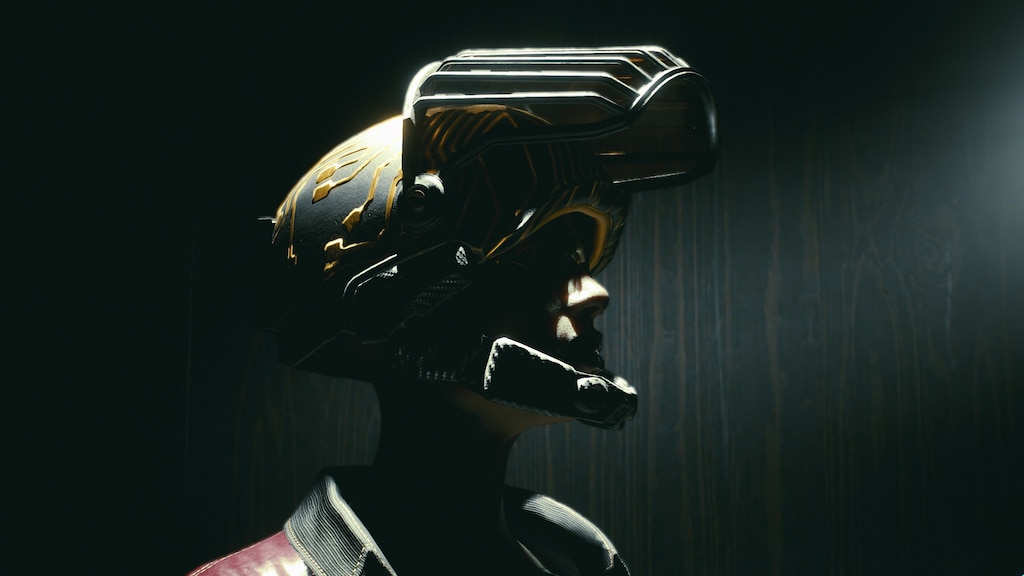 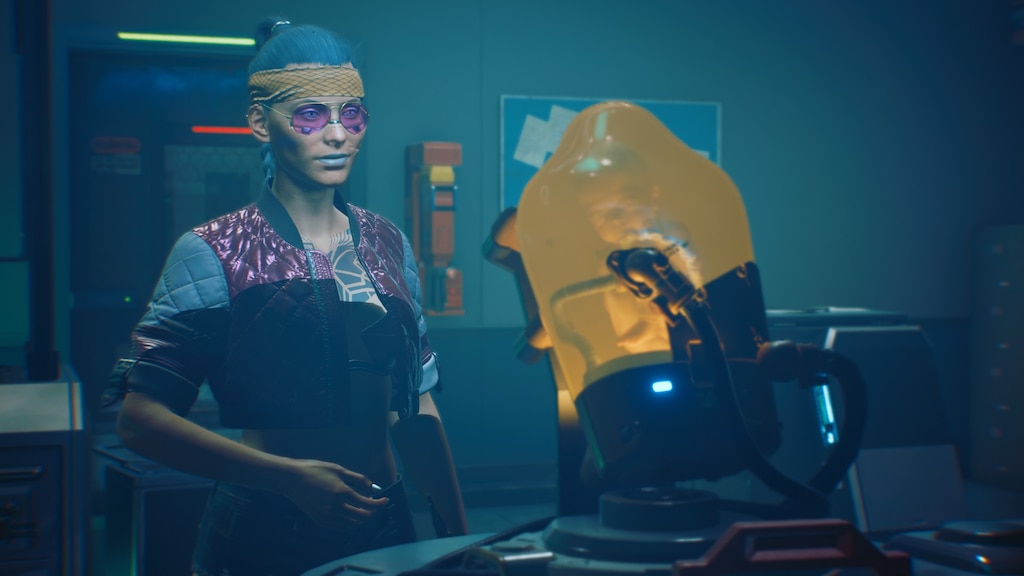 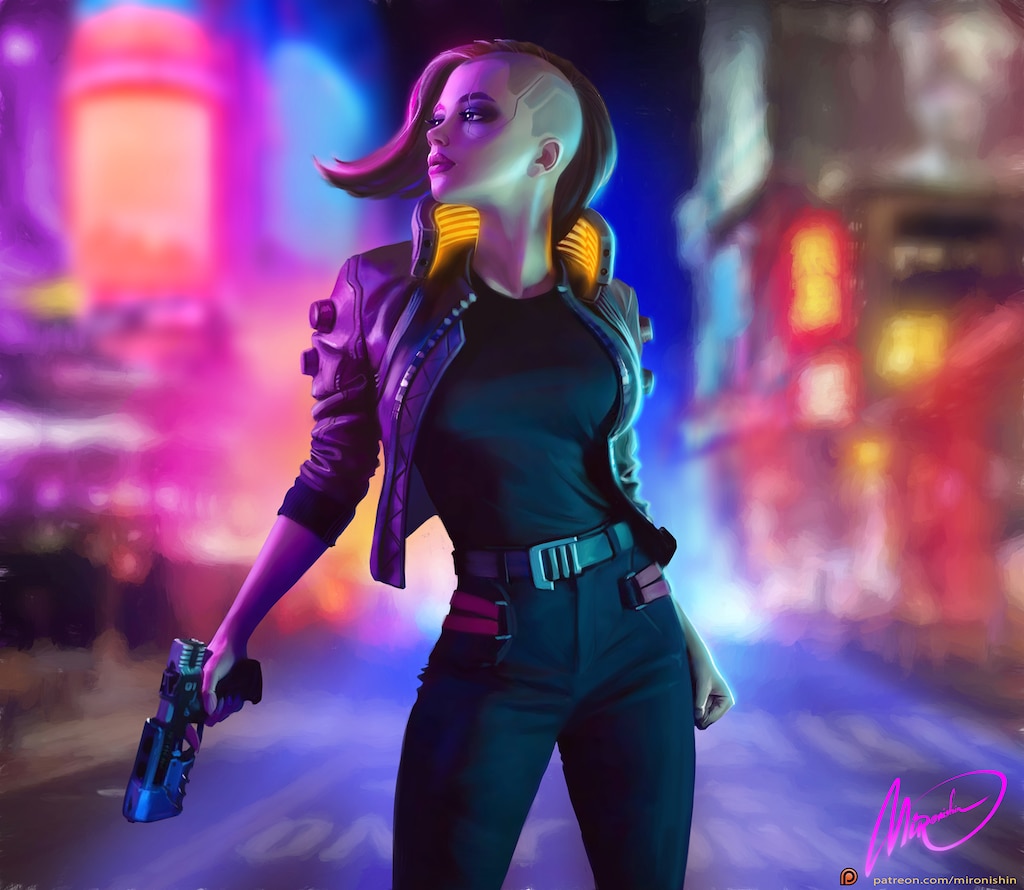 Just Elin
View artwork
It's All About You – Episode 7: A Thing of Beauty
Jun 15
Welcome back to It's All About You, our series where we highlight some of the coolest creations from our inspiring community!

Our appreciation for your support will never fade away. Thank you for being with us! If you would like to be featured in one of the future episodes, you can find more details about the project and submit your creations on our dedicated website[cdprojektred.com]. 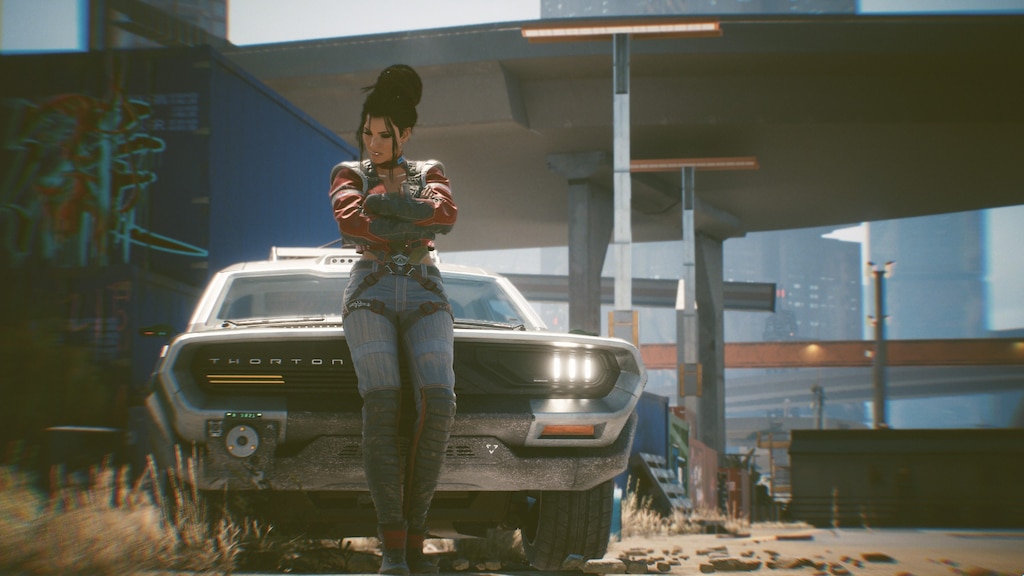 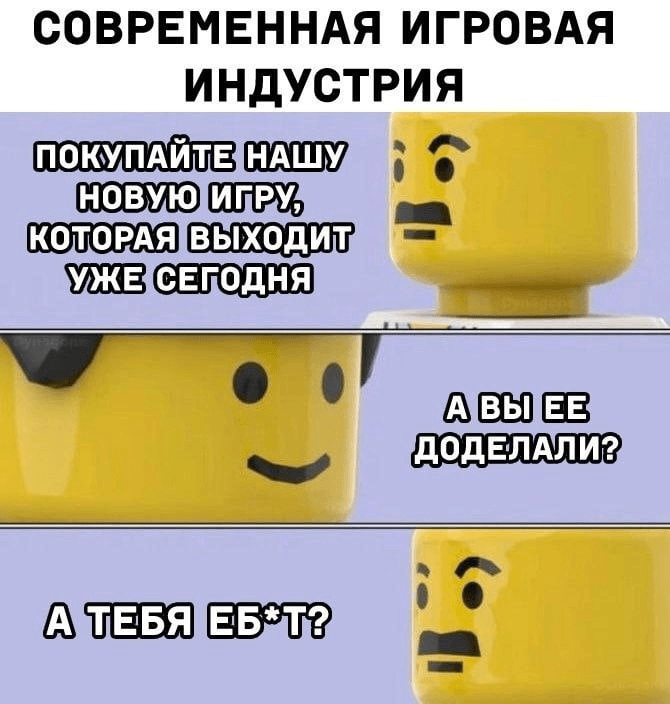 Recommended
94.8 hrs on record
Killing gonks, making money. Around 100 hours of content, easily one of the most enjoyable RPG I've ever played!

0
22
The night is beautiful | Ночь прекрасна 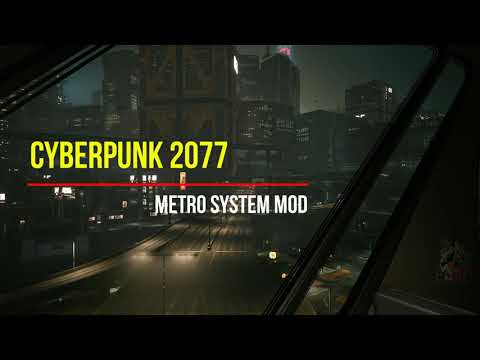 Recommended
51.6 hrs on record
It’s a pretty good game, but I would be lying if I said I wasn’t disappointed in the lack of roleplaying in this RPG. As we all know, the most glaring example of this lies in the genital choices. I played as a male character, so naturally I will focus on penis in my review. I mean, how is it that I am not able to make a single meaningful penis-related decision in the entire game? Where are the nuanced dialogue options that vary based on your penis choice? Where are the different penis-specific endings? They could have had entire questlines, locations, vehicles, and weapons gated based on your choice of penis. They could have had a dynamic and interesting penis-based political and societal structure akin to something like Deus Ex: Mankind Divided. Imagine, a world where a circumcised proletariat is oppressed by an uncircumcised bourgeoisie. So much untapped potential.

Cyberpunk proclaims itself to be an immersive, open-world RPG in which choices matter, but my circumcised peen effectively has the same Cyberpunk experience as any old uncircumcised peen. Absolutely disgraceful. The developers had the chance to do something truly amazing and squandered it. I still enjoyed the game, though. 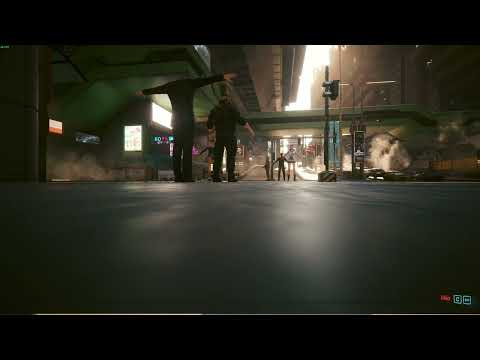 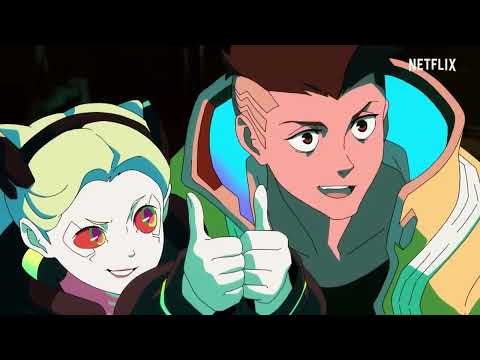 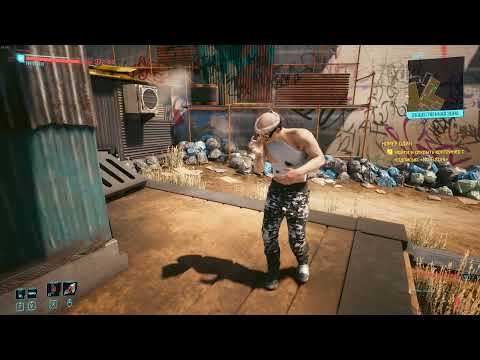 Rough Landing / Gun Fu - Easiest possible way to get 'em
One single place, two achievements. You only need some implants and that's it :)

McBezimienny
View all guides
Misleading Specs - CDPR pls change this
Definitely not playable, the recommended specs should be the minimum reqs. Game atleast needs a GTX 1070 TI to be considered playable. Unless you are willing to go to low-settings and experience a crappier quality then consoles, which at that point is stupid because it would make your $1500+ investment useless. RECOMMENDED: Requires a 64-bit processor and operating system OS: Windows 10 Processor: Intel Core i7-4790 or AMD Ryzen 3 3200G Memory: 12 GB RAM Graphics: GTX 1060 6GB / GTX 1660 Super or Radeo...
4

Narukami
47 minutes ago
General Discussions
What do you hope for in the expansion?
Aside from any remaining bug fixes. What kind of story and content are you hoping for in whatever new expansion is released?
32

2CUSUFFER
27 minutes ago
General Discussions
Cannot find where to access shards.
For the life of me i can't find out where to access the shards. When they updated the game it changed the menu. it isn't visible in journal. What am i doing wrong?
2

Forgottensoldier
1 hour ago
General Discussions
Please by everything that is holy, fix the sound.
I play the game with 5.1 surround sound, i just played the Brigitte and Alt Cunningham quest. And seriously all voice was coming from my rear right speaker. While normal playing the voice comes from the central speaker like it should be. Also fix DTS please, i have to use HDMI to make surround possible that totally sucks. I never had any sound problems in ANY other game. I currently use 192 KHZ 5.1 PCM, because i can't use the for me "normal" 48 KHZ DTS Interactive 5.1. I only get Stereo if using DTS Int...
3