NieR: Automata tells the story of androids 2B, 9S and A2 and their battle to reclaim the machine-driven dystopia overrun by powerful machines.
$39.99
Visit the Store Page
Most popular community and official content for the past week.  (?)
Automata LodMod 0.77.4: LOD/AO/shadow improvements
LodMod has moved to NexusMods: https://www.nexusmods.com/nierautomata/mods/165/ Would be grateful if you could update any links to point there instead! Feel free to continue posting in this thread though, I'll still post here if any updates are released too. Support Been asked a few times now so decided to give this kofi thing a try, if anyone would like to help support my work on LodMod please check out https://ko-fi.com/emoose :)...
380

100% Achievement Guide: Nier - Automata
A Cynical Guide: This is a comprehensive guide detailing a step by step walkthrough of all 47 Achievements in the game. If you have never played this game, this guide will show you a road map & order in which these unlocked for me. If you are simply huntin...
259 ratings

Cynic 0055
View all guides
Future update to NieR:Automata
An upgrade patch for the Steam version of NieR:Automata is currently in development. We'll have more information to share with you at a later date.
688 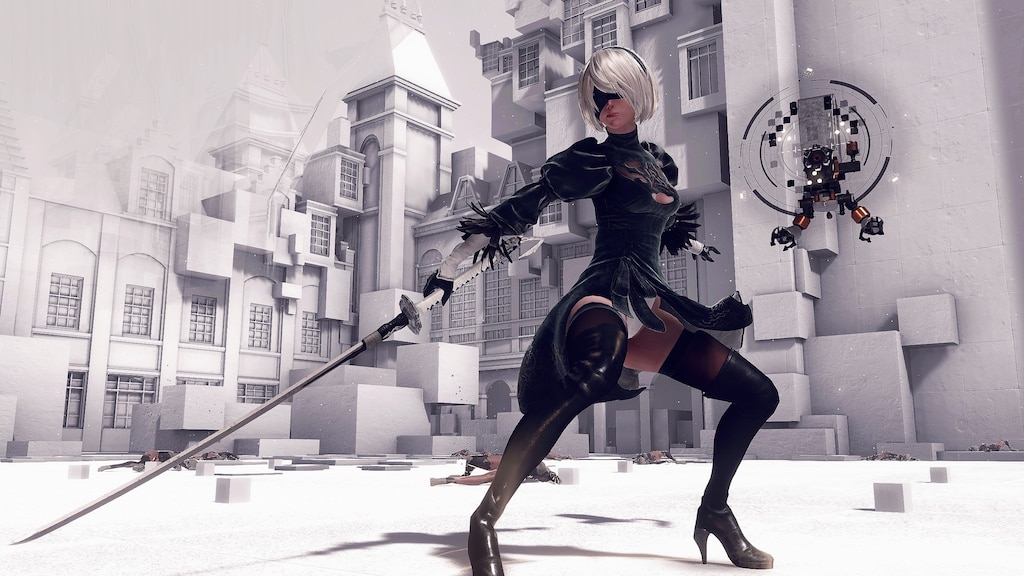 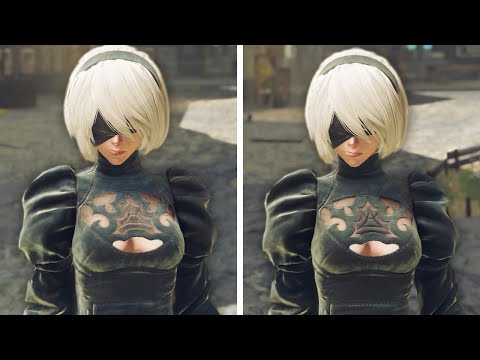 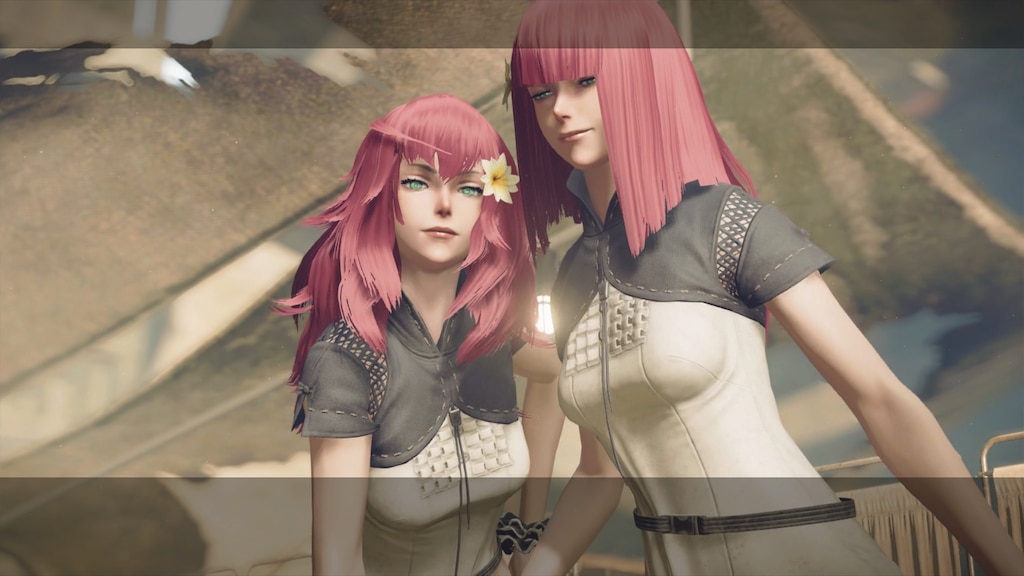 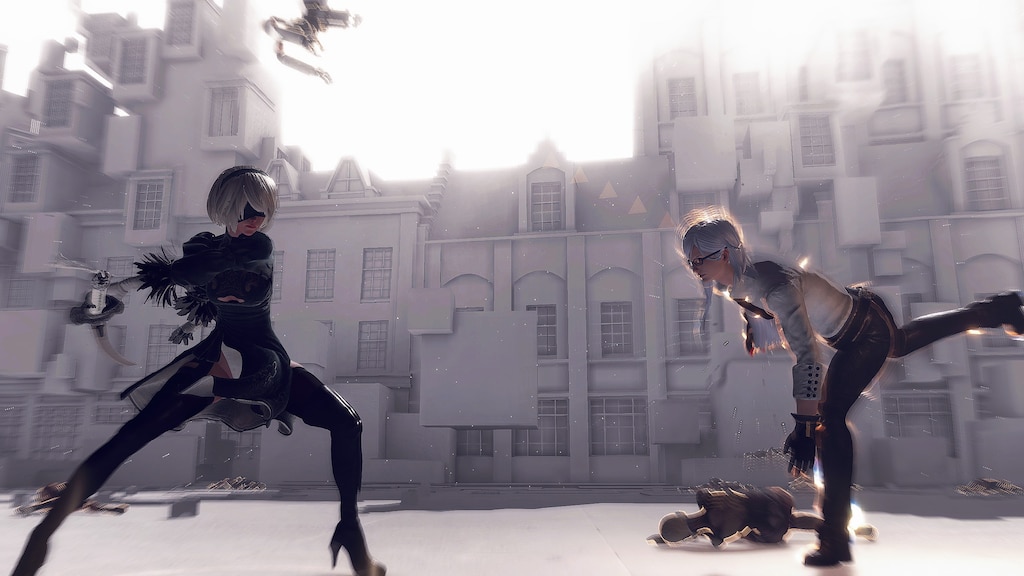 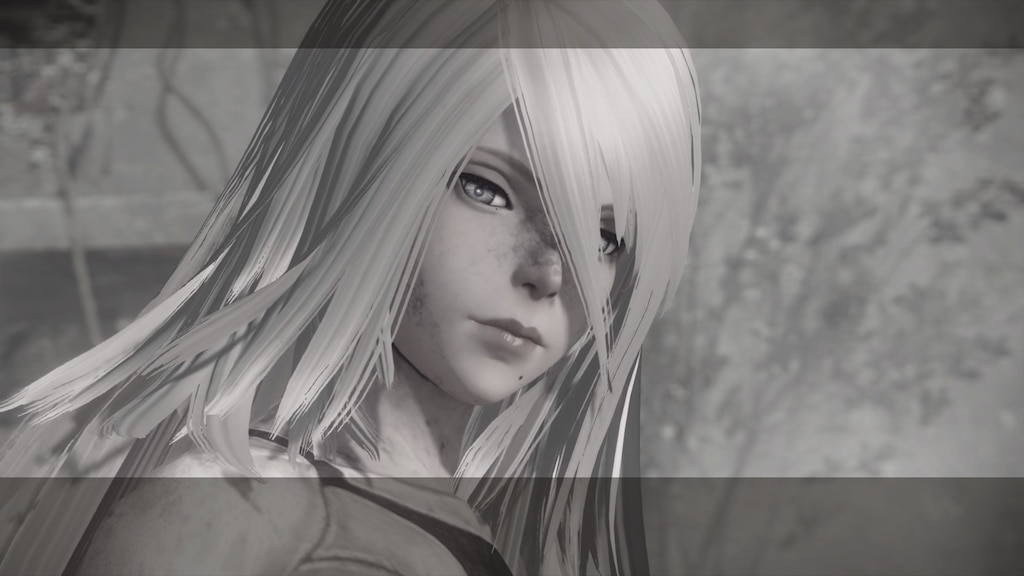 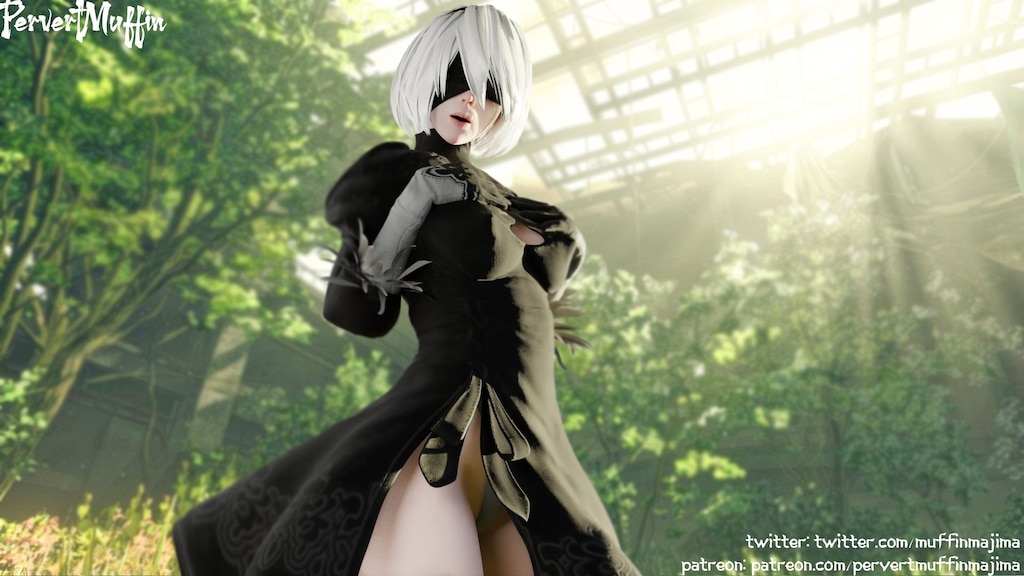 Not Recommended
27.4 hrs on record
Square should be ashamed of their attitude toward PC gamers. The game itself isn't bad. It isn't close to being the masterpiece some reviewers rave about, but it's good. The reason I can't recommend it is because, although it's a good game with an interesting story and fantastic music, this is an abominable port.

There is no such thing as stability with this thing. Since Square finally released their official 'update' I have experienced an instant crash to desktop for every single Steam achievement I've unlocked.

And since this game is without the inconvenience of an auto-save function, and since every single boss fight ultimately unlocks an achievement BEFORE allowing you to get to a save station, I've had to do every boss fight at least twice. What's more is the game corrals you so that you can't go back to the last save before the boss and use it before moving the story forward to the inevitable crash.

The only upshot is that once I've unlocked all the achievements I can there won't be anymore problem. Unfortunately, my patience has run out.

Pat yourselves on the back, Square. I'm never buying another one of your games on Steam. I can't stand the frustration any more. 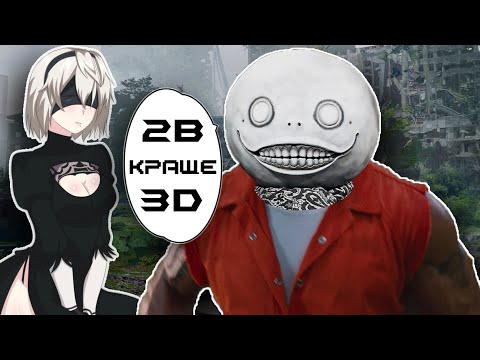 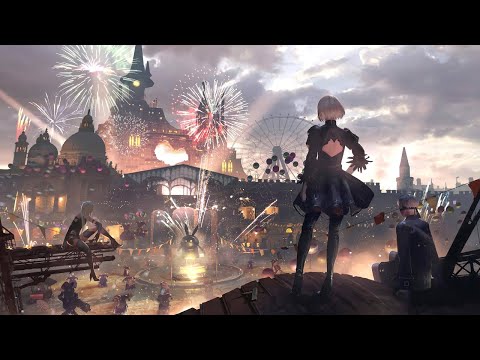 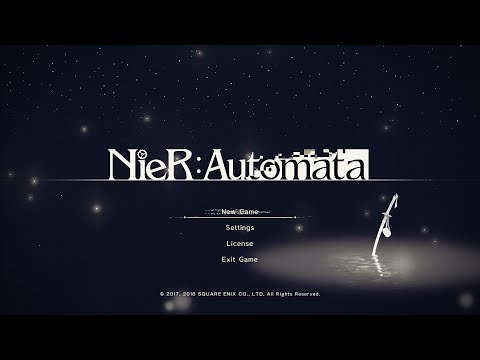 Recommended
20.2 hrs on record
In my ongoing and likely futile effort to write a Steam review for every game in my library (#506 out of 700+)... it's time for Nier Automata.

Nier Automata blends the highly-polished third-person action combat of Platinum Games with the bizarre, very niche and sometimes controversial storytelling and direction of Yoko Taro, perhaps the most idiosyncratic games auteur this side of Hideo Kohima. You likely already knew that: in the years since release, Nier Automata became something of a surprise hit, resonating with a broad swath of players the world over. So much has been said of the game, I'd like to talk about some of the aspects of Nier Automata that aren't as widely discussed.

But first, briefly, what you already know. Automata is a slick, stylish action RPG that evenly combines bullet hell-style shooting with fast-paced melee combat and some light platforming in a small open world. A quirky sense of humor, knack for surrealism, and fascination with existentialism and nihilism combine to imbue Automata with one of the most striking and unforgettable worlds in the history of the medium. There also also many different, elaborate endings for players to discover as they learn more about Automata's mysterious broken world and the characters who dwell within it.

That's all true, but it's also nonsense. Here's what you may not know.

There aren't really any multiple endings. Oh, the credits roll, many times, but there's really just the one ending. What's the deal? Yoko Taro being Yoko Taro, the game is structured very weirdly. Basically: the narrative is composed of two acts separated by a time skip, much like the original Nier. You'll see "Ending A" at the halfway point, after which you must then play through the first act again, from the perspective of another character--this plays out almost identically produces "Ending B." It's worth noting that the first act of the game is not terribly compelling or engaging and you'll very likely be tempted to stop playing each time the credits roll. Once you've played through the lesser half of the game (twice) you get access to the final half of the game, which is where the story gets substantially more interesting. At the end, you'll be presented with a choice that will lead into "Ending C" or "Ending D" and unlock a chapter-selection menu. Replay the last bit again and make the other choice, and you'll see the other side of the games ending plus an extended "true ending" which is, you guessed it, "Ending E." That's it. The game proudly insists that there are 21 other endings, but they're really just nonstandard game-over screens, consisting of no more than a fade-to-black and a single line of (sometimes humorous) text--usually the reward for turning right when you were supposed to turn left.

The other thing to know about Nier Automata is that the storytelling is pretty lacking. If you go into expecting a sophisticated script, compelling characters, an engaging plot, or even a coherent setting... you'll be disappointed. To an even greater extent than other Yoko Taro games, Automata relies very heavily on subtext, implication and deliberate contradiction to evoke players' emotions and consideration. It's less about telling a specific story than establishing a(n often hauntingly beautiful) mood. What you get out of this story will depend very much on what you put in--read between the lines and you'll laugh and weep with these character. Don't, and you'll idly wonder what all the fuss is about.

In some ways this is a failing of the game: unlike its predecessor, Nier Automata does not put in the legwork to make a more casual consumption of the narrative especially rewarding. There's precious little dialog, and even less exposition. Even completing side-quests and obsessively reading through in-game lore does little to add coherence to a threadbare plot draped over extremely threadbare characters. But this isn't a story where what the characters think, feel or do matters: it's a story where what the *player* thinks, feels and does matters. It's the kind of dreamlike story, relishing in unreasoning chaos and compulsion, that would only ever be possible in the games medium. This approach to storytelling is easily Automata's greatest weakness, as well as its greatest strength.

Key to Automata's tone is perspective: the characters whose actions you control on-screen are deeply ignorant of the world around them, and often incurious, and the game makes little effort to enlighten them; in perhaps Yoko Taro's signature move, there is also a clear distinction between the characters on-screen and the player--we do not know these people. What they think, what they feel, where they've been, where they hope to go--that's theirs, not ours. We merely accompany them on their journey. By upholding these boundaries, Automata constructs a strikingly believable world, despite the absurdities contained therein. We run through the game as ignorant of Automata's post-apocalyptic world as we often are of our own, mid-apocalyptic world; like our own friends, we know, of these characters, no more than what they allow us to know--and often less than that. This is the foundation of Automata's profundity, I think: it's deliberate withholding of information, both crucial and inconsequential, prevents players from asserting a sense of ownership over the game, world as we typically do in other spaces, and forces us to respect Automata's world, in all of its alien and grotesque beauty, much like our own--something too big and too great to ever be fully knowable.

Not Recommended
60.8 hrs on record
This game hurt my soul, and actually caused a deterioration of my physical health as I tried to 100% it, and I blame each and every single one of you. 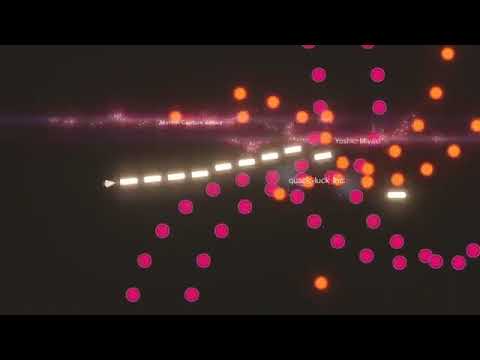 How to get FREE steam points :3
Step 1 Create a guide like this. Step 2 Make sure that you have actual grammar to seem EPIC. Step 3 Make sure to put something about rating up and favoriting this guide. I hope you enjoyed reading the guide. Thanks for reading! Also, please mak...
97 ratings

rev
View all guides
The worst prologue I have ever seen in my life
From the subliterature of the beginning to the lousy shoot'em up, I have never seen anything so annoying in my life playing video games. I started playing straight on hard and after about an hour, I died from a single attack from the third boss in a row and now I have to watch my partners die to easily dodgeable lasers again. Those fake credits make me think that I am playing some amateur garbage that I downloaded from itchi.io. ♥♥♥♥♥♥♥♥♥. What a piece of ♥♥♥♥....
91

tcassat
Sep 10 @ 11:42am
General Discussions
How do I learn how to play this game?
I bought Nier: Automata when it first came out, but couldn't get past the constant crashing, after about 10-15 minutes in, even with the fan-made FAR installed. 4 years later, I thought I would give it another try, as it apparently had been patched (about time, devs). I got about 45 minutes in, and got squashed by two huge wheels......And I'm back at the start. I haven't played this type of game before, and I don't think it does a very good idea of explaining what you are supposed to do, and how to play i...
3