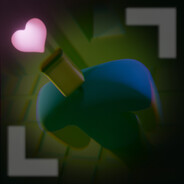 Let us fix that (camera) for you.

Check our Curator and the most extensive list of Fixed Multicam games on every platform!

Fixed multicam is a niche, but a healthy one - the Resident Evil Remake sold 1m copies in three months, which made it Capcom's "fastest selling digital title in history across Europe and North America"[www.pcgamesn.com]. Heavy Rain and Detroit sold gangbusters and Telltale's multicam take on The Walking Dead was met with enormous critical and commercial success.

With a wave of new fixed multicam titles like Tormented Souls, The Medium, Contagious Memories and Alisa, it's never been more exciting for this cinematic form of gaming!


When fixed multicam pays off, the visuals speak for themselves - all the while handing the designer an interesting level of authorial control over player pacing and situational awareness. It's nothing less than the ability to directly frame the player's visual understanding of the game world, establishing and depending upon a bond of trust between player and developer.

There's an untapped vein of criticism about this approach and the analysis of games that employ it. In a medium that values smooth controls and player comfort, fixed multicams can disorient the player... But is that a fatal flaw, or an unsolved and an interesting design problem? One that could be solved with cinematographic consideration or a pure input approach, or...!

Games covered by this Steam Group should feature multiple third-person 'fixed' cameras per-room that frame a character controlled directly by the player (usually no point-and-click).

Positioning and orientation of cameras cannot be directly controlled by the player (eg. as with 'chase' or 'orbit' cams). As players move in and out of 'shot', the game will 'cut' between cameras (mimicing filmic editing). Tracking and pivot movements of the camera are rare in comparison to 'cuts'.

The Associated Games section on the right of this page only covers titles on Steam, but I'll try to add some relevant links for notable games or moments... Please check our Fixed Multicam Resources for lists of related PC & console games!

Let us know if you have thoughts or comments in the discussions! Here's to an intentional view!

I'm some hours into this and I'm having a wonderful time. =D Some jank, backtracking and narrative weirdness aside, this is an excellent indie fixed multicam adventure - well worth a look if you enjoyed Alisa and/or Tormented Souls!

Some very strong use of Unity's volumetric lighting and shaders - the outdoor environments often reminded me of Alone in the Dark The New Nightmare (but real-time!).

Definitely take a look! (and if you like it, leave a review - I'm afraid the game is going under the radar a bit)

The Midnight devs have had to deal with some really unfortunate IRL events recently, but they've pulled through - and this upcoming 2.0 version is bursting with content and updates!

I'm excited to take a look at the new version - Midnight was a super interesting game with an exciting setting and art style, so there's a lot to look forward to with their Halloween update!

Aug 20 @ 4:38pm
Currently wondering if we need to include 3D Movie Maker [en.wikipedia.org] in one of our lists. We're the rats...

May 12 @ 8:19am
Alone In The Dark's Emily Hartwood [imgur.com] - as far as I know, the first polygonal female lead character in gaming. The exact release date is proving tricky to pin down (June 1st? August 3rd?), but the year was 1992 - which makes this year the 30th anniversary of fixed multicam survival horror. It'd be nice to start giving Emily her share of the spotlight...!

Alone in the Dark 1

Alone in the Dark 2

Alone in the Dark 3

Alone in the Dark: The New Nightmare

Batman: The Enemy Within - The Telltale Series

Broken Sword 4 - the Angel of Death

Brothers - A Tale of Two Sons

Curse: The Eye of Isis

Kitsune: The Journey of Adashino

Shin chan: Me and the Professor on Summer Vacation The Endless Seven-Day Journey

Tales of Monkey Island: Chapter 1 - Launch of the Screaming Narwhal

The Night of the Scissors

The Time I Have Left