A 3rd person, fixed-camera survival horror adventure. Fear the Presence, a mysterious entity you cannot fight: stay alert, hide, breathe slowly... Explore cursed places where unseen spirits and lost souls linger in a true horror story for the ages.
$29.99
Visit the Store Page
Most popular community and official content for the past week.  (?)
Discover How Song of Horror Sneaks Under Your Skin
Sep 18
Dear Song of Horror fans,

Fear is the rawest of feelings, wouldn't you agree? It's exciting, violent, intense... A mesmerizing emotion. You want to avoid it but, at the same time, you can't help but crave it, wanting to experience its sudden override of your senses over, and over again. Now, we are ready to unveil why.

This weekend, we are participating in a terrifying Livestream hosted during the EGX Digital event[www.paxegx.com]. We are joined by brilliant horror developers from Supermassive Games (Until Dawn, Man of Medan) and Red Ego Games (Re:Turn), as well as the genre expert Louise Blain, to share with you a unique look at fear. We will discuss the state of horror in 2020, how we crafted the unnerving atmosphere of Song of Horror, the methods that we use to create fear, and much more!

We are going live this Sunday, September 20th at 2:05 pm CET/8:05 am ET. Do not miss this special opportunity to understand true horror and go watch the stream right here[www.paxegx.com]!
We can't thank you enough for your support of Song of Horror. It is because of you that we can now talk about horror games with such outstanding guests, and to share this special moment with the greatest community.

"Four people arrive at the house, each with their own motives. Nothing but silence seems to inhabit the house... or is there something else lurking in the shadows?"

SONG OF HORROR
70
3
Heartbeat puzzle
Everytime i get the heartbeat puzzle i always die, i'm doing good at the beginning, but then it gets worse and i can't recover to the normal heartbeat, i don't know what i'm doing wrong, because im pressing the space bar in the right moment, but i can't make it, i can't finish the first chapter because of this and i don't want to lower the difficulty, because i think it would be too easy, but so far, the heartbeat puzzle is impossible for me....
370

Niki
12 hours ago
General Discussions
Ending of Episode 1 Bug? (Spoilers)
Hello, I'm wondering if anyone else encountered this problem, and how to fix it. At the end of the episode, after you go down into Elsewhere, I get stuck down in that portion with the inability to interact with the door that triggers the final cutscene. I'm playing at Etienne (After death of Sophie), and I try to reload and even explore other points of the house before doing this last portion, but every time I get stuck down there. Any help would be appreciated....
7

Recommended
25.9 hrs on record
Review by Gaming Masterpieces - The greatest games of all time on Steam.
Is this game a masterpiece? YES. It scared the shi.t out of me. Sometimes.

After the success of games like Amnesia or Slender, Steam was flooded by so-called horror survival games. You have no effective weapons and some monsters/ghosts/paranormal beings are out to hunt and kill you. Although there seems to be an audience for such games, many of them looked and played like some kid's first programming experiements. The overall quality of those games was low, most were scary only because of the many bugs and glitches, awful story and low production values. There are exeptions, but they are rare. This is one of them.

So what can you expect? A survival horror game. High production values (even though this is still an indie game). A long, multi-faceted story from different viewpoints with different characters. Exploring. Puzzeling. Jump-scares. No weapons (more or less). QTEs.

Let's start with the story. A rather famous novel writer, living in an old mansion with wife and his two kids, acquires a music box - whose melody seems to evoke something evil, sinister... or just drive people to insantity. Suddenly doors appear in the house where no door should be... and of course you should not enter them. Anyway, the agent of the author is anxious for the next novel and a bit disturbed to haven't heard anything from the author, so he sends one of his employes to the author's mansion to see what is going on. And so the game starts... with you entering the house in the evening, a large, old house full of antiques. Quite a labyrinth as well. The electric power is off. Many doors are locked. Noone seems there... although you hear strange sounds, some even from humans... or not? Strange things happen, don't be afraid of jump-scares. And soon you discover, there is SOMETHING inside the house, which wants to kill you.

You don't play one character, but different ones. When one dies, you play the next one and can find the inventory from the deceased character. The game only ends when all your characters are dead. Everyone sees things from his own perspective, so while one might be disgusted by hunting trophies, the next one may like them. While a horror game, the most important thing is to explore the environement. Solve puzzles, like finding glue to repair a key. Finding a pole to open the attic. Use fuses in the right place. Light the fireplace. Or what does this remote control open? You get the picture. All this time, you have to stay alive. Prevent the evil from killing you in small QTEs. Or die at certain places... and restart or play with the next character. No saves during the game combined with instadeath is not a good thing, especially if death means... permadeath. You should be aware that there are about a dozen playable characters, and all of them (but Daniel) can die and you still can finish the game. So I guess it is part of the designed experience that some of your characters die, like in a RTS when one of your units gets killed. While the atmosphere is a bit like in Resident Evil 7, there are no regular fights against monsters. Just hide or win a QTE. Actually, you don't die too often once you understand the basics of the game (apart from a few instadeaths that you might have been able to avoid if you had found/understood the correct clue), but you will spend most of your time trying to solve the puzzles. Find letters, notes or other items to help you understand what is going on. Combine items, either from the inventory or with hotspots. Use the correct character for certain puzzles.

The game is divided into 5 chapters, all taking inspiration from horror classics. There are quite a few references to different works of horror, I just mentioned those that came to my mind immideately. The short epilogue and chapter 1 play in a haunted mansion (Alone in the Dark). The next chapter plays in an antique shop and some flats (Silent Hill), then inside an university (Obscure), a monastery (Amnesia) and finally ... a mental home (Outlast). Soon you can choose between different characters to play even if the old one did not die, and meet characters from previous episodes (if the have survived).

The graphic is in third person (no movement sickness for me) with fixed camera perspectives (Alone in the Dark style), and the house is very detailled. No room looks the same, there are many things to look at. Things you can examine/interact with are marked. Although the game plays during the night, your characters carry a light-source and you can generally see everything rather clear. This is no walk-in-the-dark game, just a bit gloomily. You have an automap right from the start, every room you visit gets added to it and some important hotspots get marked. Quite helpful. The automap also stays with you when your character dies and you play the next one.

I was using a controller to play the game. Ultrawidescreen is not supported. 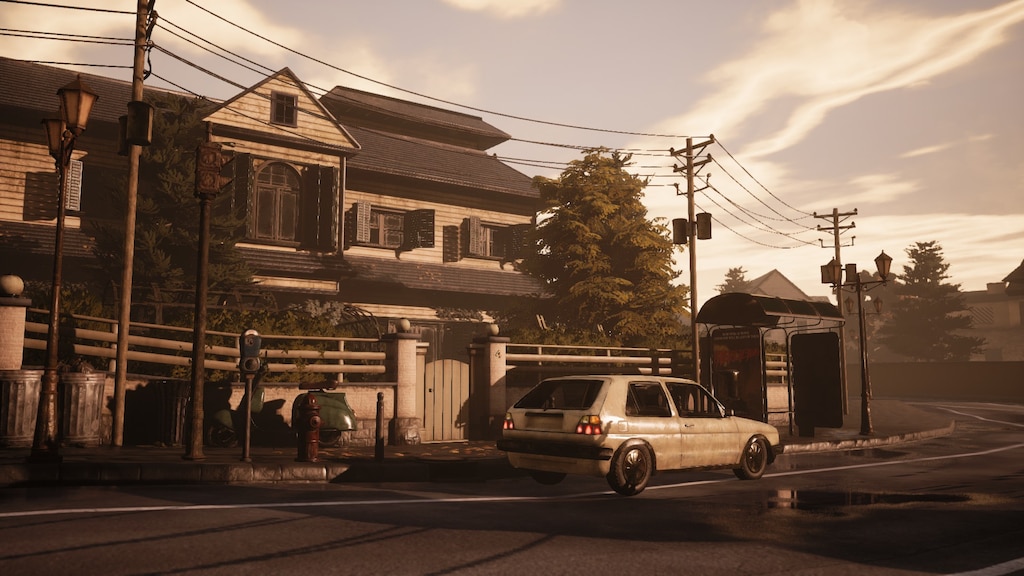 0
0
I love the detailed interiors. 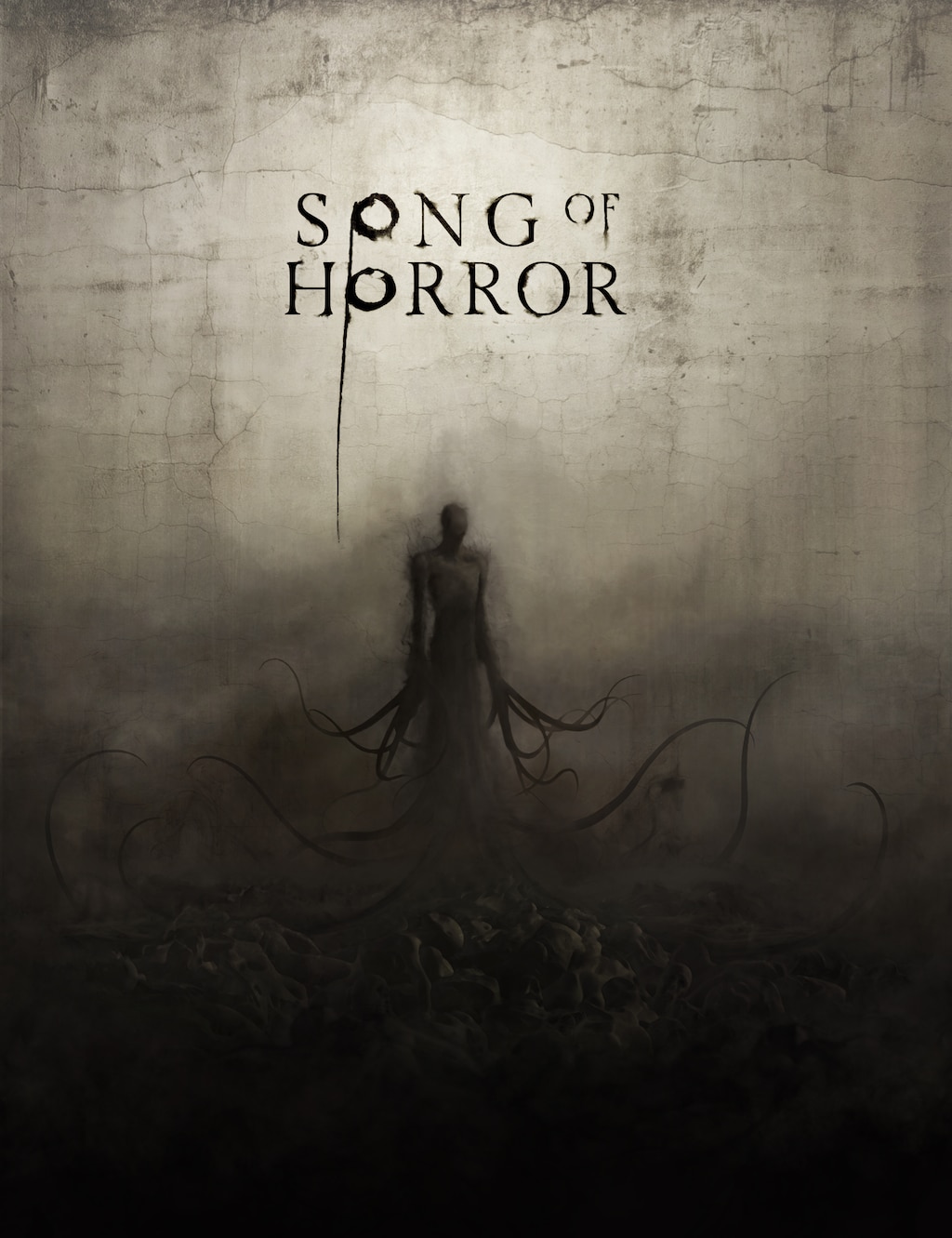 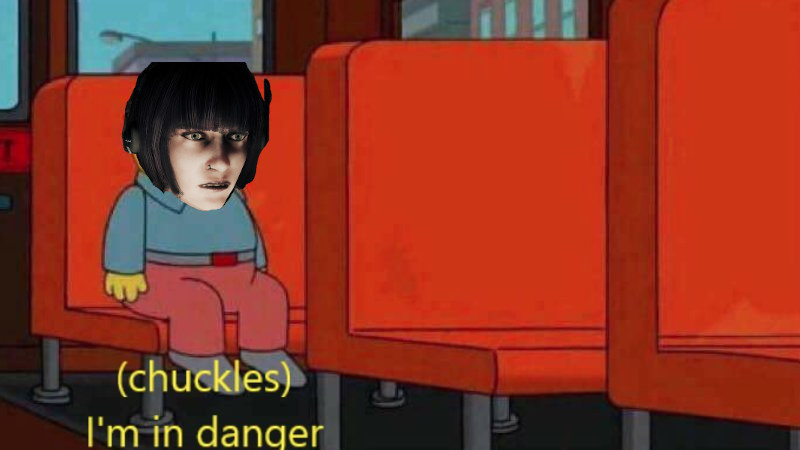 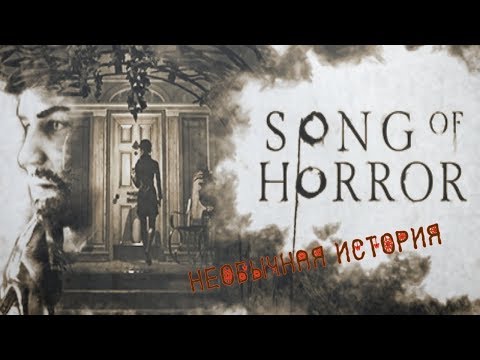 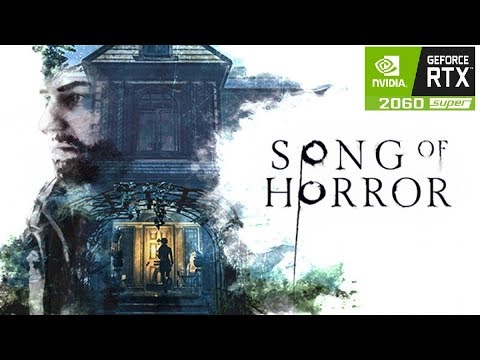 Save your Saves
You may feel limited with only 3 save slots...no longer. 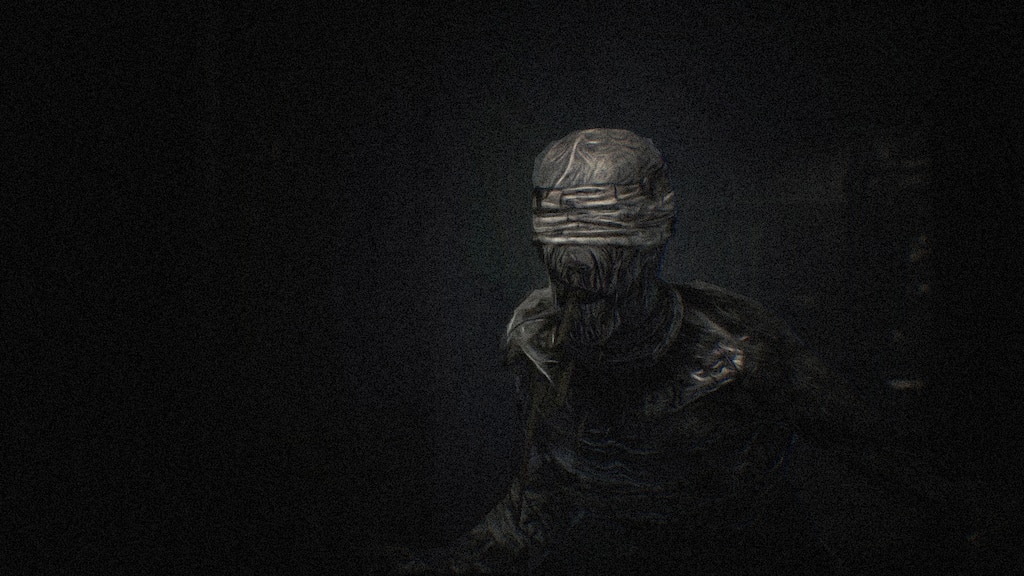 Not Recommended
5.1 hrs on record
Died with my second character at the very end of chapter 1, got a glitch of some sort that started me from the very beginning of the chapter, even though I still had 2 characters left to play with. Game was intriguing but this put me off unfortunately 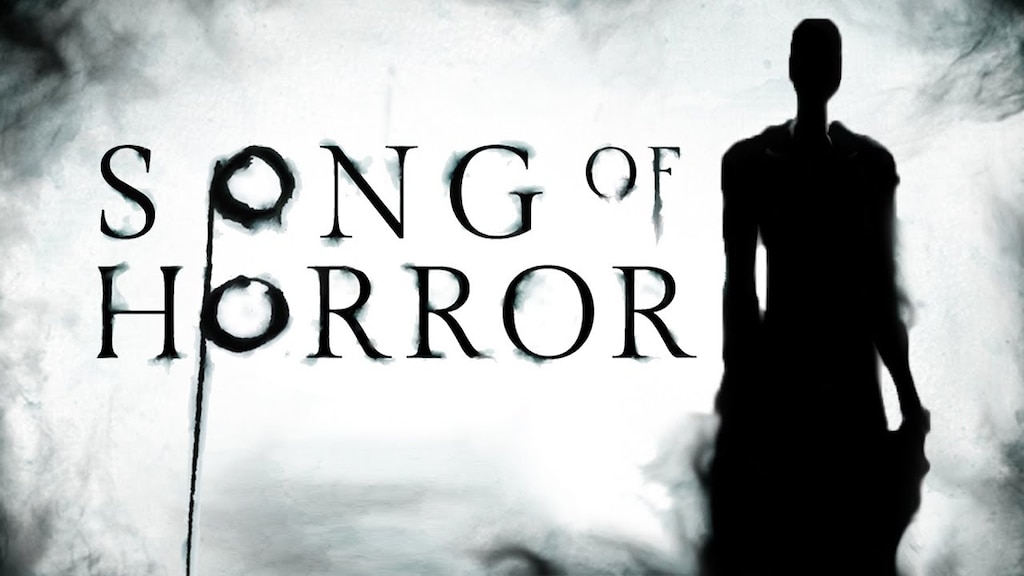 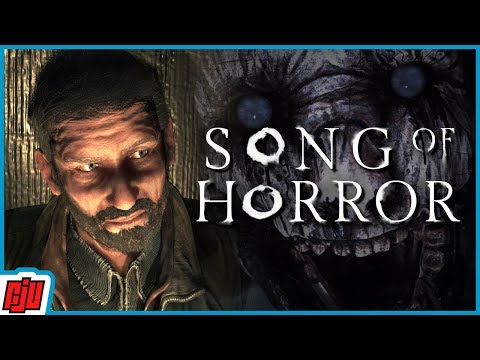 CjuGames
View videos
Just started this game and have a quick question.
I am currently a lady in the house w/ nothing but a candle. The fixed camera is causing me to go through the same doors over and over. Is this something that becomes less of a problem? I can't imagine running from spirit's or what-not. Has anyone had this problem at first and then got used to it? Currently, it's excruciating for me. Thanks for your time!...
8

Walkthrough - No deaths (Video) All episodes + Bonus
Walkthrough. Without collecting all the notes. With all the cutscenes. Difficulty: Edgar Allan Poe CAUTION spoilers

Song Of Horror Collectibles Guide
This Is A Basic Guide For Song Of Horror, Just For The Collectables Since People are Having A Difficult Time Either on Finding them On How They Function. I Will In The Future Add Pictures To Show The Steps So That People Can Have An Easier Time to Find Th... 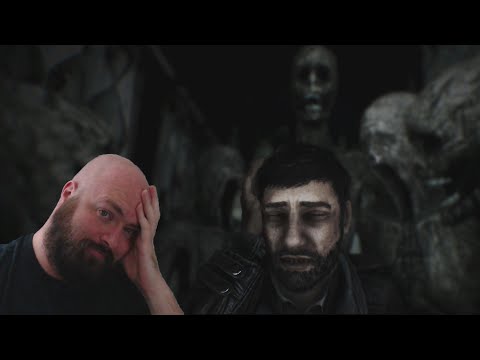 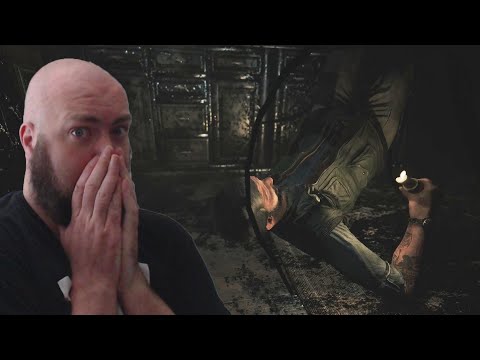 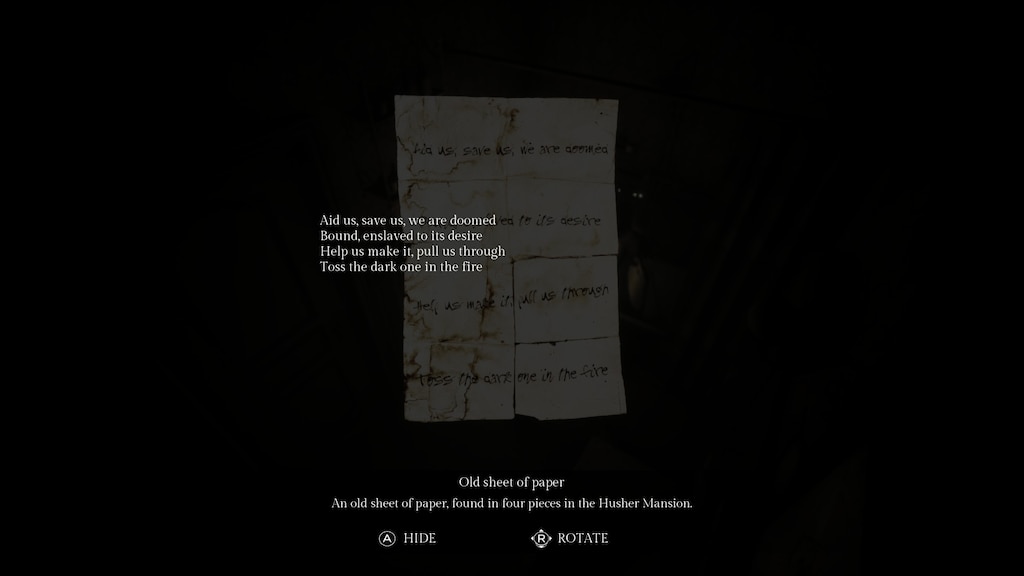 0
0
I'm gonna plagiarize that for my next metalcore song

Recommended
12.1 hrs on record
Well crafted horror, the story is alright but the real joy is in the puzzles, the encounters with the Presence and death around every corner WITH FIXED CAMERAS!

Tubzbuster
1,915 products in account
0
Episode 3 - part 1 (newspaper)
So, I have a question: I've played Omar and did not get him killed through the entire episode, however • • • {SPOILER AHED. DON'T OPEN IF YOU ARE STILL PLAYING THE NEWSPAPER PART ON EPISODE 3} • • • at the final part, when you find the correct newspaper journal and print it, you must go out (of course) to reach the exit. I got caught up by the "monster ball" and the character just died, without giving me the option or opportunity to escape. It was just a scripted death. Is this how...
2

Antax
Sep 17 @ 4:21am
General Discussions
Song of horror episode 5 alone in the dark achievement
is this bugged? I have been trying alot to get this, played it a few times as daniel where possible i even killed everyone but daniel on edgar allen poe, but this achievement hasnt popped... is anyone else getting this issue or does someone know how to actually get it? :/...
4