Classic RPG, with lore based on Norse mythology. Travel through mesmerizing locations, meet fantasy characters and fight to protect Elven immortality.
$19.99
Visit the Store Page
Most popular community and official content for the past week.  (?)
I wanted this game now i regret it
Hello devs So far i don't enjoy the game for multiple reasons first of all i'm no fan of Dark Souls and its poison kids. What i thought about this one was "oh an rpg lets enjoy it" but after i started to play it's more like this "Oh okay... i own Euro Truck Simulator 2 i don't know another one" Since when you act like Infogrames ? You hate the players you want them to pay. i encountered so much issues in my first hours i can't enjoy the massacre - Story is boring - Character moves like a truck even whe...
3

nenoro
Feb 23 @ 4:05pm
General Discussions
Would you please make it possible to save progress?
This ability is not clearly or easily defined. Thank you. I make this comment because I have restarted this game several times, making it past the 2nd checkpoint almost every time, and never being able to save the progress to the save slots. Nothing seems to allow this to happen. There seem to be no "save points" anywhere. And no save options are ever offered....
3 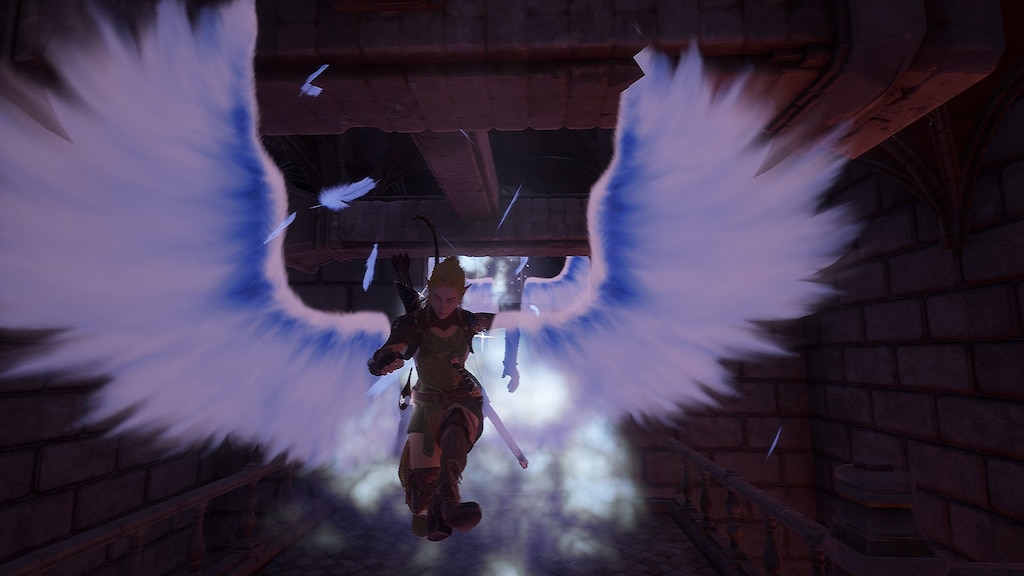 Not Recommended
50.5 hrs on record
No one ever said elves are nice.
Elves are bad.
~Sir Terry Pratchett, Lords and Ladies
* SIGH * Lord, help me with this one... OK, where should I start? 1C. You know how it is about this publisher. The guys just don't have any self-respect. I mean, most of the publishers don't because... you know. Money. But this one? Let's just say that there's a good reason for "C" in their name to be pronounced as /ˈɛs/ instead of /ˈsiː/. I mean, the Cyrillic origins aside (because yes, it's a Russian company), this company is an ass. Always was (no, I did not forget StarForce DRM and crappy cutdown releases like Parkan with no music and Konung II with no voices), always will be. The guys are always ready to publish all sorts of crap as long as it means quick money. And... here it is. A crap. For quick money.

Long story short, what we have here is the cheapest Demon's Souls clone you can ever imagine. Seriously, it's so cheap that it's not even voiced. Even the intro in this game is just some basic visuals with subtitles. And no voice. I'm not trying to say that not having a big budget is the worst thing that can happen to the game, of course. A lot of brilliant games were made with close to no budget at all, but first – I want you to understand what you're dealing with since screenshots in Steam don't really look that bad (the game looks way worse in reality but I'll return to it a bit later), and second... Well, you know. It's yet another game that was ruined by developers' ambitions. Sure, Demon's Souls / Dark Souls series is not the most expensive thing out there and yet, aiming for something like that... with the budget of couple cup noodles and soda (fancy!)? With no experience whatsoever? Let's just say it was pretty obvious how it'll end since very beginning. And of course, 1ASS was there to publish it. Enjoy.

I can't... really say that the game was that bad on paper, though. Sure, the story is a joke and the atmosphere is kinda idiotic (at one point they're trying to do Norse mythology thing and tell you about gods and stuff like that, and then they drop Butt Stallion from Borderlands and “sexy” elves from Lineage), but gameplay-wise, it wasn't really that bad. On paper. We'll switch between two characters with different powers, we'll look for secrets, we'll create shortcuts, we'll acquire new powers, we'll level up, we'll update our weapons, etc. The problem is, all that feels absolutely terrible. Absolutely. Completely. Terrible. Even the most basic things like moving and fighting feel cheap. Playing this game is like playing one of those clunky cheap action games from PlayStation 2 era. Didn't feel that bad back in the days since pretty often we didn't really know better, but having a cheap PS2 game in 2019? It's like a very sophisticated way of torturing yourself. Ever felt like you're guilty of something and deserve punishing? Here's your way to pay for your sins.

It's not like there'll be a lot to do, though. The entire thing comes with only a few tiny little screens. The amount of time you'll need to finish this game will come from two things – grinding and confusion. You'll often need to grind for levels and materials (the game will force you to manually craft quest items now and then and you'll probably want to overpower your enemies like on early difficulties in Demon's Souls, due to the fact that enemies will be able to kill you from a couple of hits doesn't really go well with clunky controls, bugs and stuff like that that eliminate tactics as a thing), while the game will also never tell you where to go. Which, again, isn't that bad on paper (quest markers are for kids, lol), but in the end... well... let's just say that, like its publisher, this game can be an ass. For example, I've spent an hour trying to find an upgrade for my bow. A bloody hour! And then it turned out that I was supposed to return at the very beginning of the game and talk with the store owner there. How? Why?! Why should the old NPC I've met ages ago give me an upgrade now? Where's logic in that?! Unfortunately, that's how the exploration works here. You just re-visit the same few places and look at the every corner in hope something will happen. No logic involved. Should I say that it doesn't feel good?

Doesn't look good either. I mean, come on, guys! Even though this game is using the Unreal engine, it didn't allow me to go higher than 1920x1080. I mean... 1080p... in 2009... Seriously? Like... seriously? A lot of us already have 8K TVs and yet... there's a game... on Unreal Engine... that won't let you to go higher than Full HD? Good God y'all... Even though design here is not that bad and I even liked a couple of monsters (like that forest guardian... dude or funny turtles, for example), the game still looks like a crap. I've already said that this game can feel a lot like a cheap action from PS2 times, but guess what? It can look that way too. Would like to say that it sounds that way too, but honestly, aside from some crappy music that will remind you of all those f2p farming games from mobiles, there's pretty much no sound here. Make sure to log in to Spotify (not a sponsor, lol) before starting this game. Otherwise you risk getting bored long before you'll reach the first dungeon. If we can call something that small a dungeon.,,

So, here's the question – do you really need the Demon's Souls downgraded to PS2 level by some inexperienced guys who barely knew how to work with the Unreal Engine and were ready to work for food? In my opinion, the only possible answer to that question is no. Even with 90% off, this game still doesn't worth your time. It's cheap, it's clunky and it's extremely noobish. Even the other cheap games from 1C, like Devil's Hunt, for example, begin to look like bloody masterpieces in comparison with this monstrosity. You know how sometimes the kids are like "Mommy, mommy! Buy me that cool-looking superheroes toy set!" and mom's like "We have one at home!" And naturally, what they have at home is a bloody Sense of Right Alliance (you google it - you won't be able to unsee it). Eternity: The Last Unicorn is that exact kind of situation. You ask your mom for Demon's Souls Remastered and what you get is... this. A rip-off toy set... with Shrek pretending to be a superhero... because some greedy companies out there don't really care about you and your kids. Seriously, guys, do yourself a favor and play something else. Remember – you only have one life. Don't be like me and don't waste it on such a cheap crap from 1C's library of agony despair. Dixi. 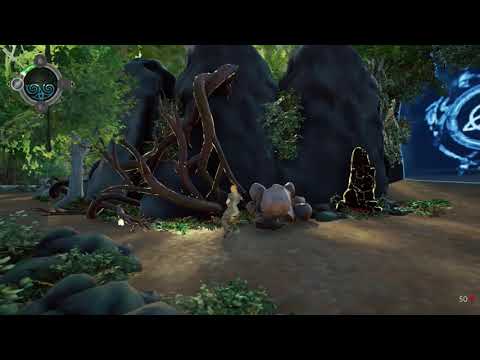 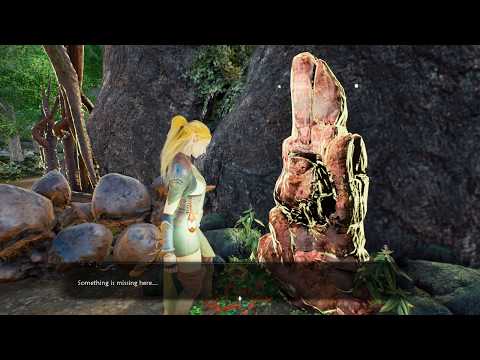 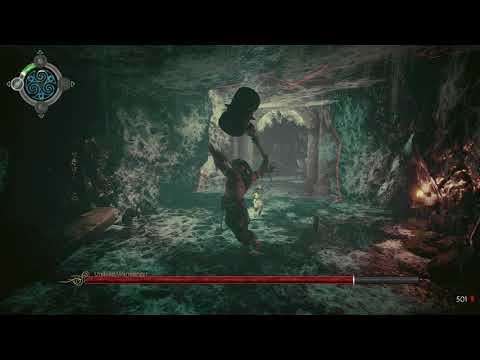 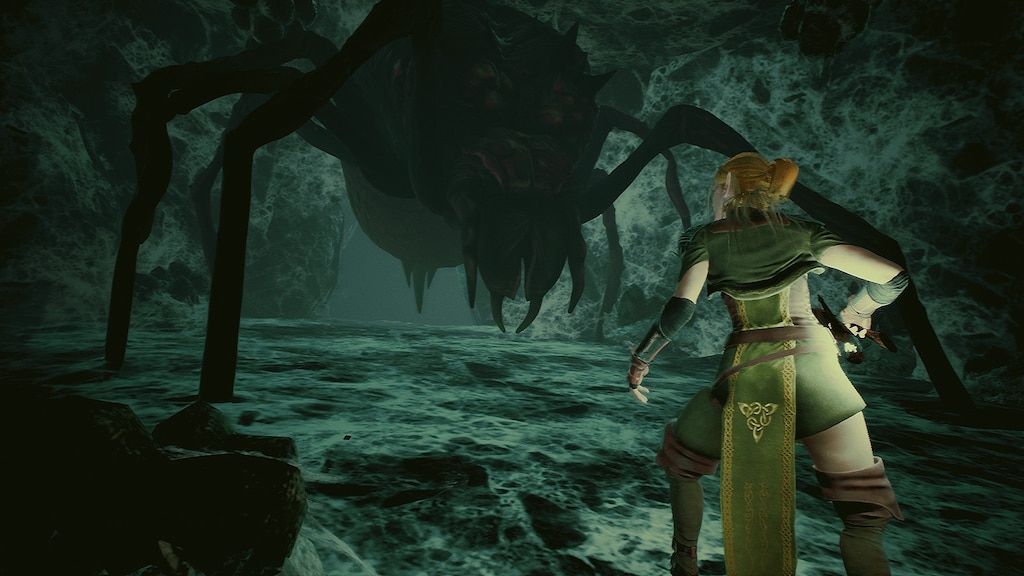 Phénix du Xibaldos
View screenshots
Keeps crashing at start up
Unplayble currently as I try to start it, not getting past the damn start up logos of Void Studios and Unreal engine. Any fixes here or known issiues?
3 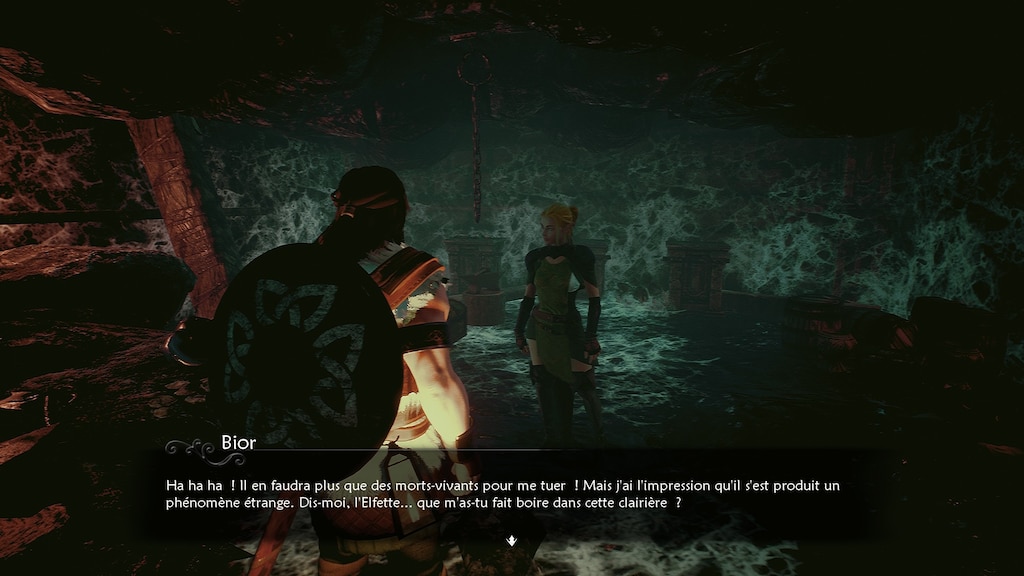 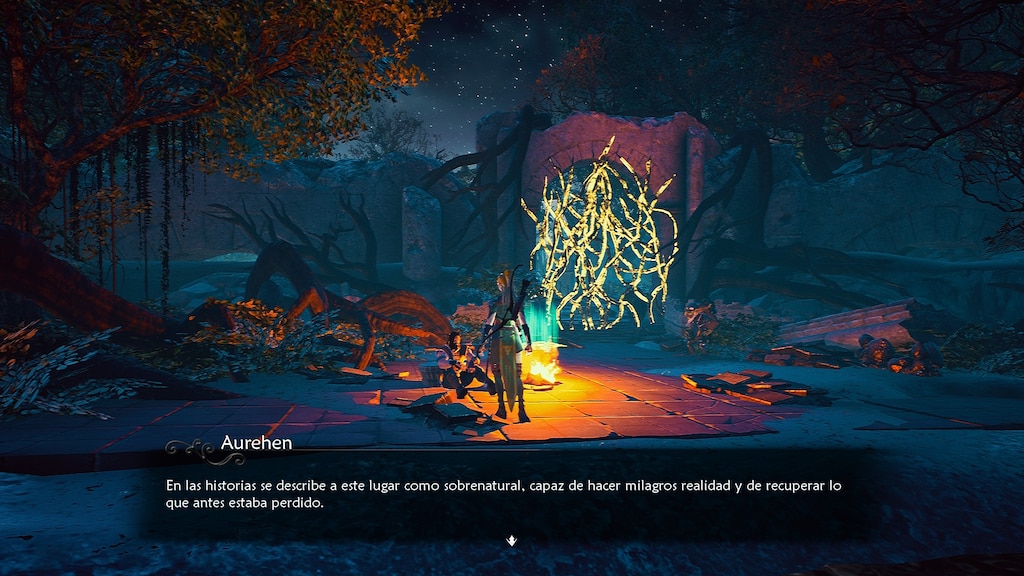 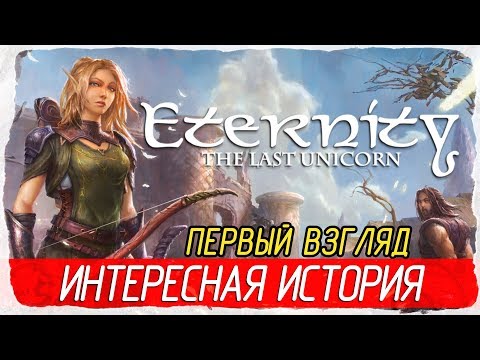 PlayZodi
View videos
Is this game as bad as the negative reviews say it is?
I picked it up in a Fanatical build a bundle. The soundtrack and artbook sounded like they were worth $1. I was thinking of trying the game down the line...any thoughts about that?
8

How The Last Unicorn Will Preserve Its Species
An ominous tide approaches, it has been foretold throughout the Elven forests that only one unicorn exists. This unicorn is a survivor of the harsh times that have occurred and completely shrouded the serenity of the forest, the days when unicorns were abl...

✟DEUS✟ Quercus
View all guides
How do you jump?
https://steamcommunity.com/sharedfiles/filedetails/?id=2375862723 I've seen several chests on ledges and places that looks like you need to jump to. But I've tried pressing every button I can think of and nothing happens.
2