Immerse yourself in Little Nightmares, a dark whimsical tale that will confront you with your childhood fears! Help Six escape The Maw – a vast, mysterious vessel inhabited by corrupted souls looking for their next meal.
$19.99
Visit the Store Page
Most popular community and official content for the past week.  (?)
Play the Little Nightmares II Demo
Dec 9, 2020
Training begins today, little ones. It's time you learned to survive in the Wilderness on your own. Try not to lose any limbs, you won't enjoy the treatment. 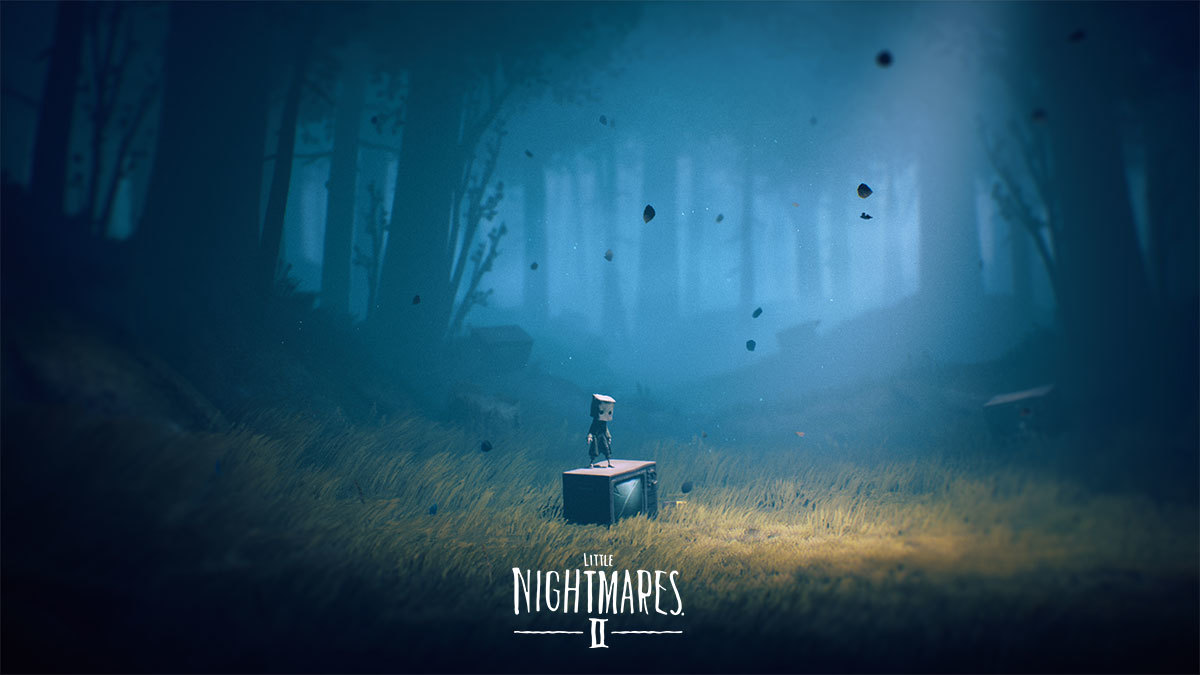 The Little Nightmares II demo is available now. Play as Mono and begin your journey towards the Signal Tower by making your way through an eerie forest. If you make it to the shack, you'll have a chance to free Six and work together to escape the Hunter.

Do you best, we'll be watching. 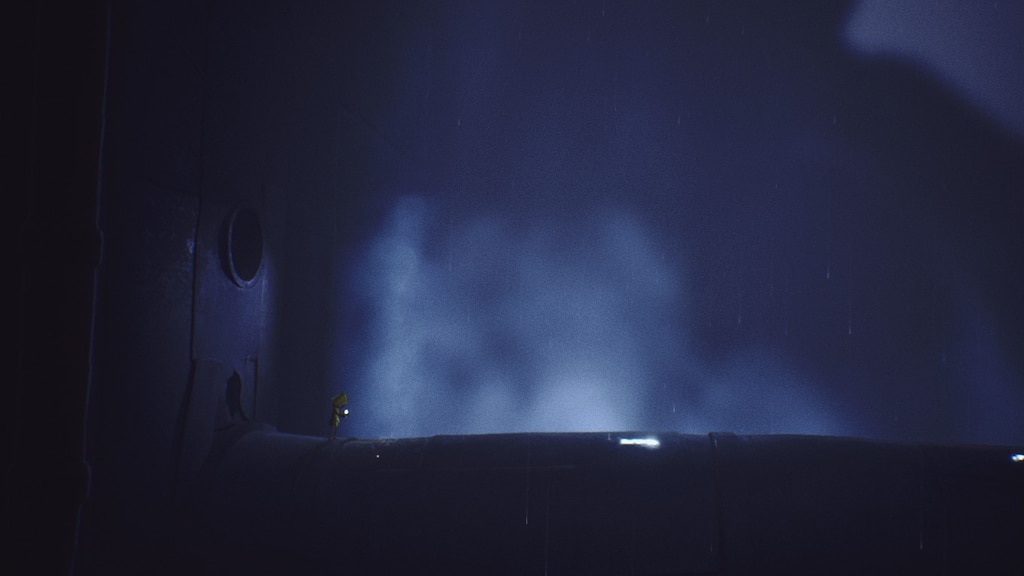 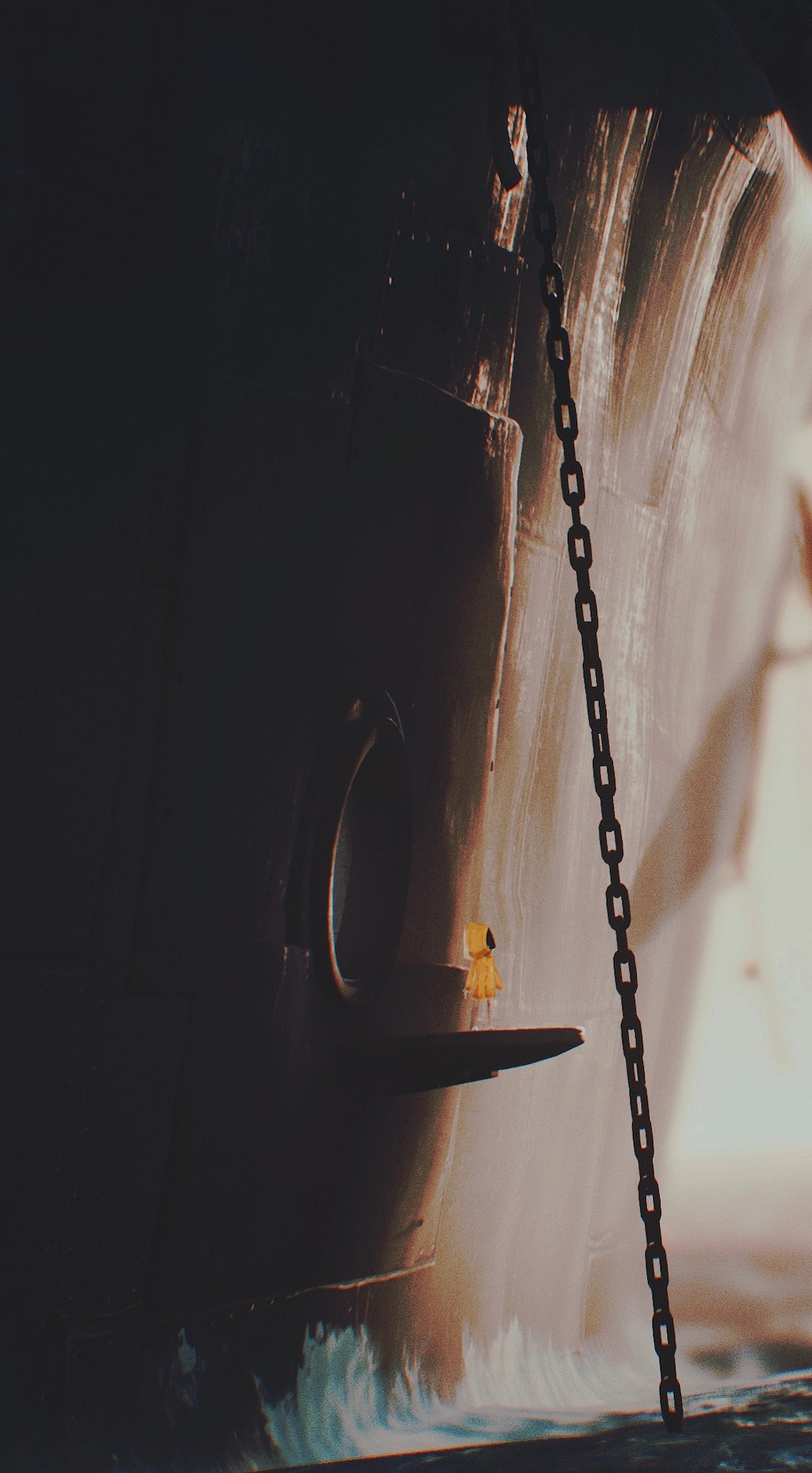 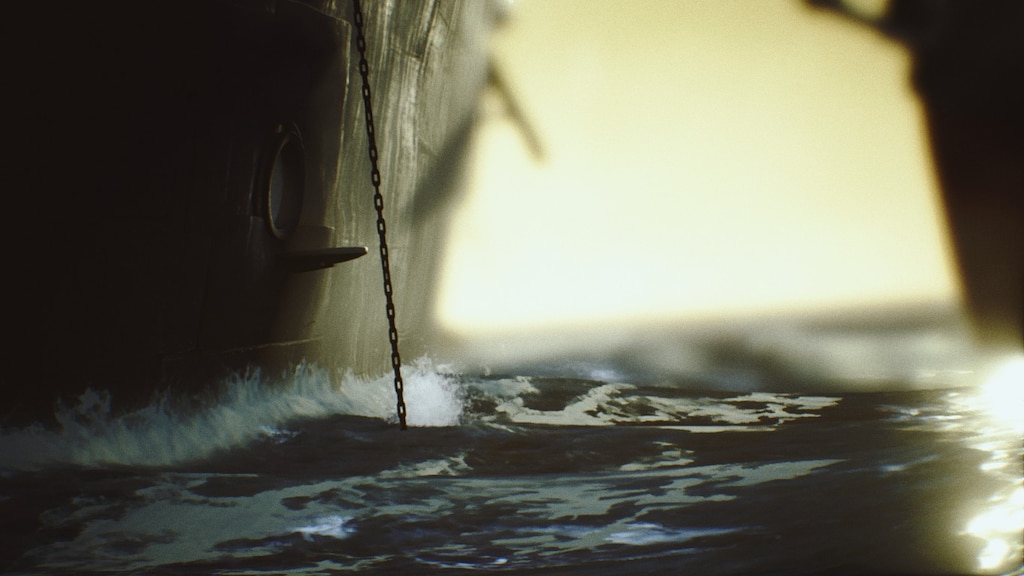 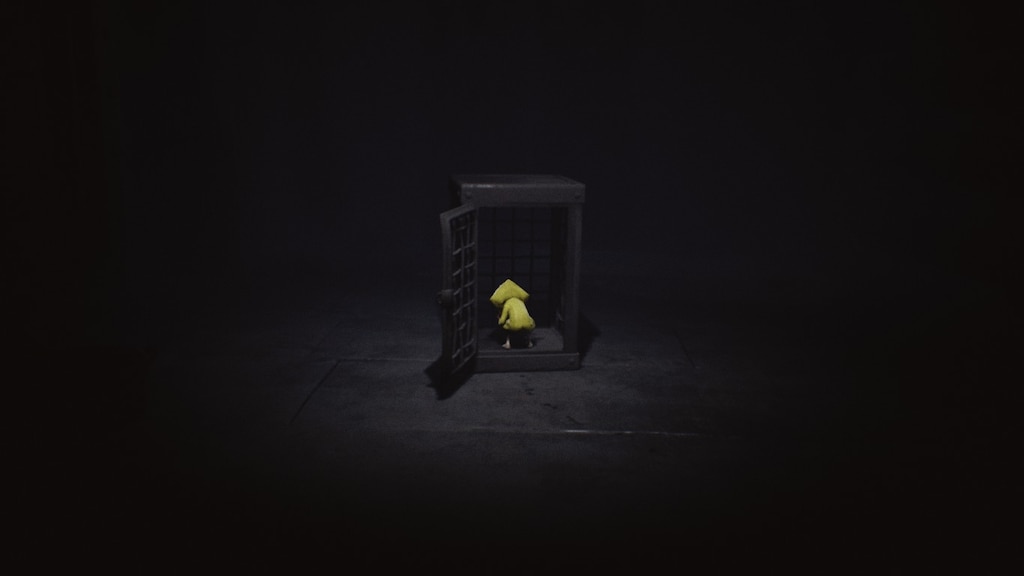 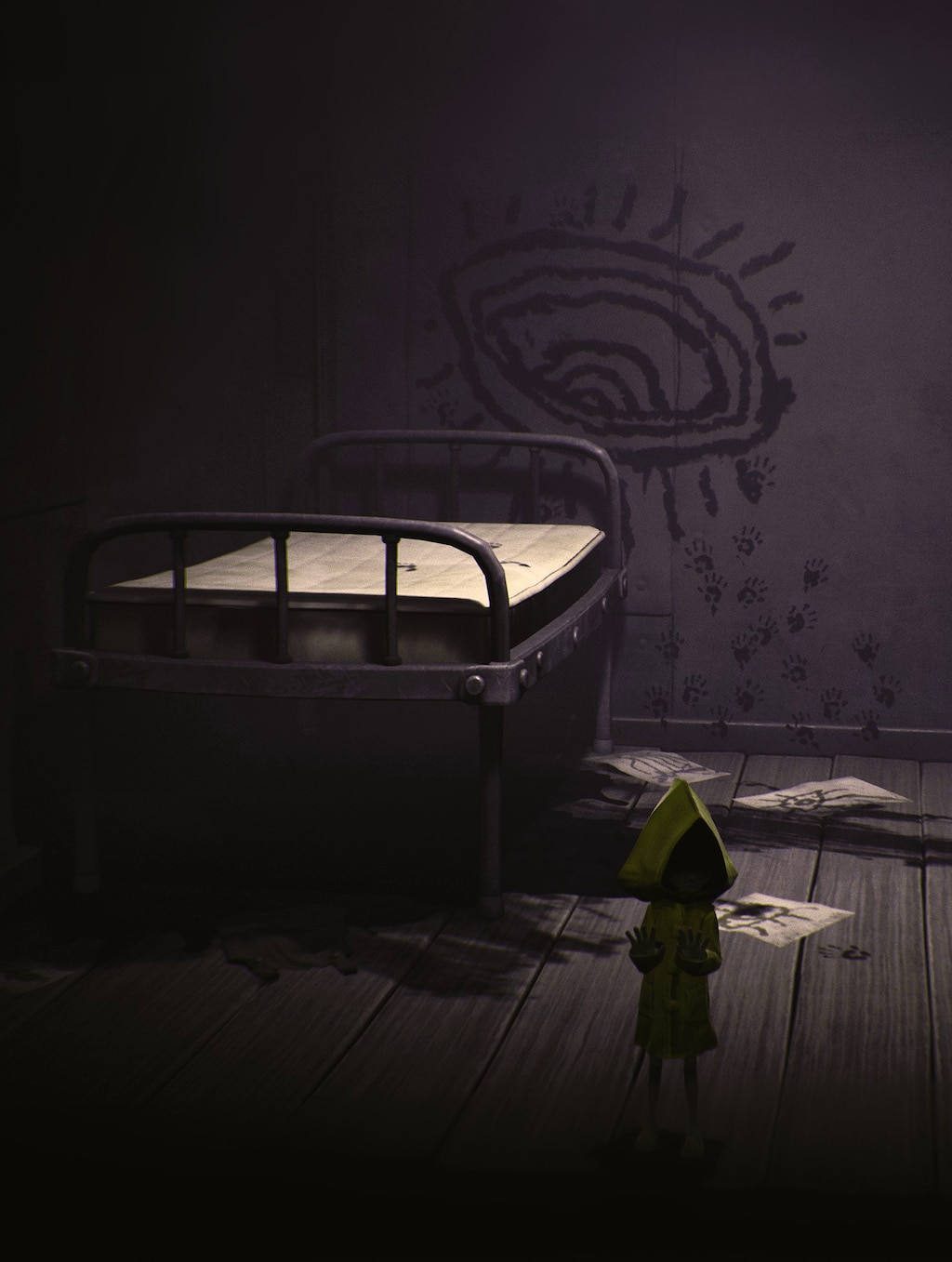 Recommended
6.8 hrs on record
Little Nightmares
Our main character, Six, in a yellow raincoat, tries to escape from a ship named Maw, fictionalized with the horrors of our childhood nightmares. Although Little Nightmares resembles Playdead's Limbo and Inside at first glance, with a side-scrolling head adorned with little boy and platform elements, it is thematically different from its cousins.

The carefully designed parts of Little Nightmares, whose tension never decreases, contain different nightmares. Who is not on this ship? For example; A ship janitor with short legs but arms several meters long? Of course. Or a cook who looks grotesque and is always at the meat-cutting or eating ceremony? There is room. An older sister wearing a kimono like from Japanese horror movies? Don't be! The design of every scene we meet with these friends is designed in the quality of a painting where Bob Ross expresses his art: careful and ingenious.

Little Nightmares does not contain any fighting mechanics as we are used to this type of game. When you move from scenes that are designed like a toy house to another, you need to analyze the surroundings well and think about how to get out of the nightmare this time. You always do the indispensable actions of platform games, such as finding movement levers and running platforms, climbing the steps with the help of a box. Of course, your enemies do not collect pears while you are doing these in the nauseating rooms of the Maw ship, such as the room of the cook and his wife, inside the pipes, the garbage dump where the shoes are collected (though the janitor does not collect pear balls with those arms). Taking advantage of the small size of the Six, you should always hide in the shadows and the smallest holes and not appear to the enemies. It's okay to be a fodder to these staff at the slightest mistake.

Are we the Little Nightmare?

I did not have any difficulties in terms of privacy throughout the game. Once you learn the enemies' routines, it is easy to get past them by staying in the shadows, but the most important thing that makes Little Nightmares unique is the use of the fear factor. Most games and movies try to achieve fear by not showing us what we fear. When we are looking for the key to the locked door with a lantern in a dark corridor, what frightens us is to think about when the enemy will come, shouting at the house boards with his steps. Little Nightmares, on the other hand, always puts the enemy in front of you, turning the factor of fear from when to every moment. In some scenes the main event is outside the camera's angle and you have to move the camera to the edge of the scene using the right-stick to see it. So in a way you are going to the fear you expect. Also, the scripted scenes in the game host perhaps the most terrifying moments I've seen in a side-scrolling / horror game. In these scenes reminiscent of a cat-and-mouse chase, the play's magnificent soundtrack does not do its best to rivet the atmosphere.

I know I haven't talked too much into the story of the game. I do this specifically because Little Nightmares is not a very long game anyway. I was able to see the end of the game over a period of three hours in one sitting. The story goes to very interesting places towards the end. Although my mouth was not open when the story of the game was over, a devilish smile appeared on my face. I'm talking vaguely because I don't want to be too explicit, but if you're playing indie games for their stories, Little Nightmare won't disappoint you.

So I praised the game but why is the score 8? Because although Little Nightmares does very well what it does well, it doesn't have some annoying flaws. Perhaps the most annoying part of the game is the automatic recording system, which sometimes takes very long periods in between. I said I finished the game in 3 hours, I suppose half an hour of that was spent by dying at the end of the episode, falling into the saint of the bad recording system and doing everything over again. Also, since the game takes the recordings before the 15-20 seconds of preparation at the beginning of the stage entries, you have to repeat these non-passed parts in every unsuccessful attempt. Besides that, the platform gameplay isn't that great either. While I didn't have too much trouble, Six sometimes resisted not keeping the item I wanted. Also, pressing two keys simultaneously to climb started to tire my hand holding the gamepad after a while.

Little Nightmares has managed to gather both side-scrolls, horror and mysterious story lovers in the same ship. When the creepy atmosphere riveted with its magnificent visuals and music, a game that would be a candidate for being a classic came out.

• The perfect and chilling atmosphere.
• An intriguing and immersive story.
• Oh those visuals! Amazing art design, too.

• Some puzzles can cause confusion due to perspective issues.
• Seems a little short? When the game was over, I felt like I was not done with the game.

Final Verdict
• Little Nightmares is not a game that will shake your world, but it definitely brings a new breath to both side-scrolling platformers and horror games genre.

Recommended
13.2 hrs on record
Damn you, BANDAI NAMCO!
This game made me eat a rat, almost turned me into a vegan and now I'm stuck in a continuous loop of nightmares!


On a more serious note, though, this "Limbo/Inside"-esque game, even if a bit short, actually delivers a nice overall experience through a dark, whimsical and enigmatic tale.


10/10 - I had the best heart attack of my life and Tim Burton approves! (the game, not my heart attack) 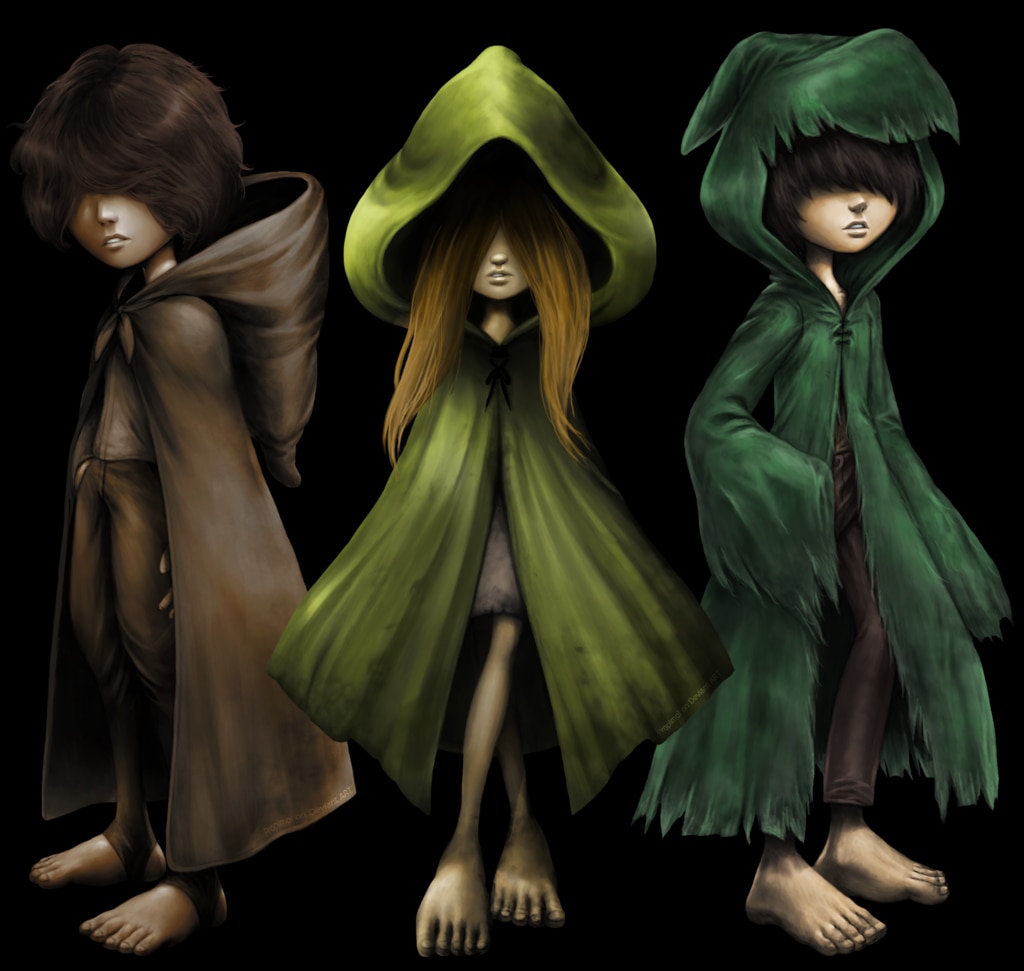 Recommended
6.6 hrs on record
Product received for free
Great game. Reminded me of INSIDE and Spirited Away 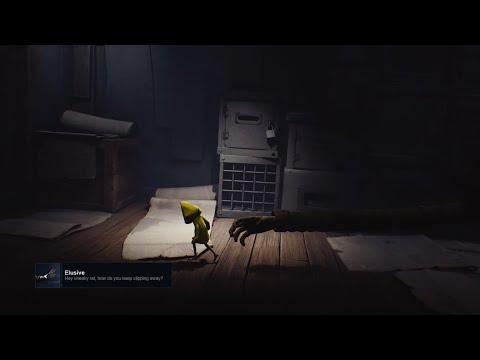 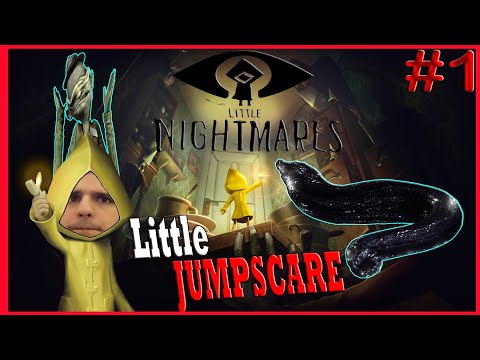 Chapter 4 Fatal Error "Fix"
A "fix" regarding the crash in the fourth chapter of Little Nightmares. 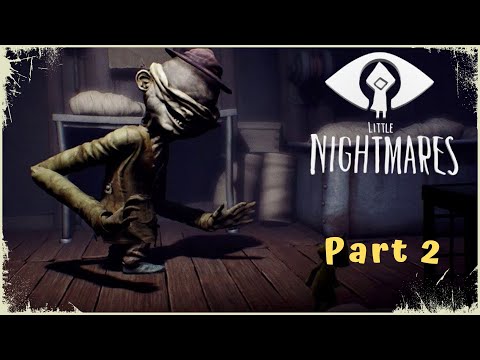 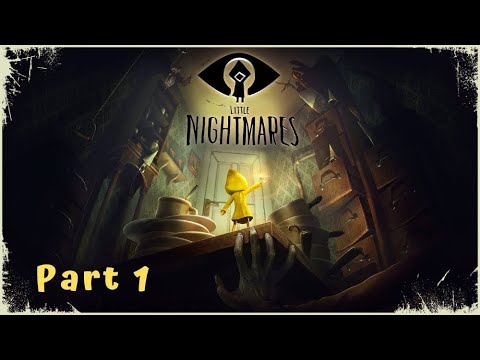 Gesha
View videos
*SPOILERS* I have a few questions if someone could help
Ok so first thing... I played through six... and the kid First question I have is... are there 5 chapters for six and only 3 for the kid (If yes I understand why as the kid was the gnome six ate) but just making sure? :) Second question... who is the kid... there are a bunch of them laying in the bed as well... are they just being bred for food? Third question... why did six eat the kid? whats going on there... I just dont get it... initially I was confused having watched the trailer for part 2 I thoug...
8

luca1981
Jan 17 @ 9:33am
General Discussions
Game halting bug in DLC3 - final area with old women
-SPOILERS- After the old women breaks the mirror with her scream im having an issue where the door in front of me does not open so i cannot progress. I tried restarting the game, at no avail. any ideas?
7