The popular stylish action games Devil May Cry, Devil May Cry 2, and Devil May Cry 3 Special Edition return in one collection!
$29.99
Visit the Store Page
Most popular community and official content for the past week.  (?)
Damn Dmc2 is hard...
Not Hard as difficulty wise at all, but damn this game is just overall Boring/broken,. Going from Dmc1 to this iwas kind of a shock... 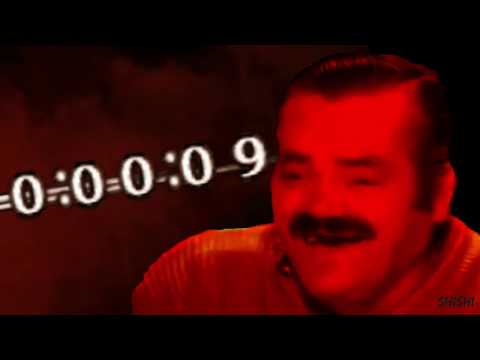 DMC3 S-Rank Requirements
List of requirements for S-Rank for each mission and difficulty for Devil May Cry 3.
91 ratings

How to make this game run on a laptop
The DMC HD Trilogy isn't optimized all that well, and often running it on a laptop results in super slow gameplay and graphical issues. However, there may be a solution if your laptop uses integrated graphics along with an NVIDIA graphics card.
79 ratings 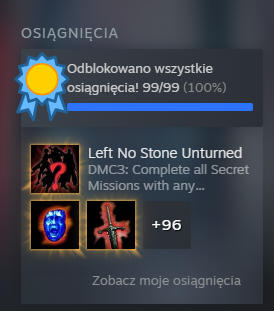 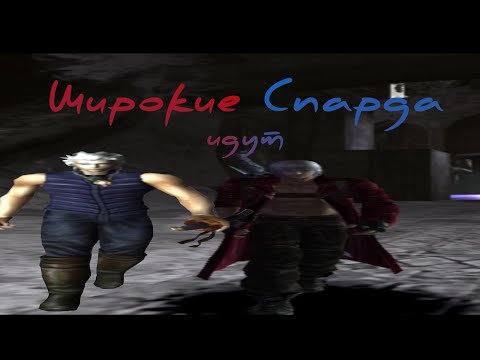 Devil May Cry HD collection Mod
Well, i did something very simple, i just edit some texture and make it more look "HD" i didn't do all my self, some friends help me of course i know this is not an incredible work but if your game look more "cool" then come to this link: https://www.ta...
66 ratings 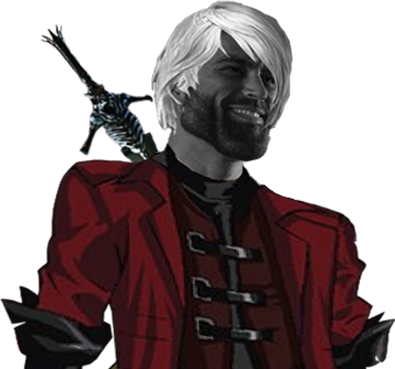 DMC 2 S Rank guide / and other Tips
This guide will explain the Ranking system in DMC2 and what exactly determines getting an S rank, as well as a few other things one should know about DMC2.

Recommended
40.3 hrs on record
Now you've really crossed the line
Your hate for me is divine
My love yearns your suffer
On your grave I etch my prosper 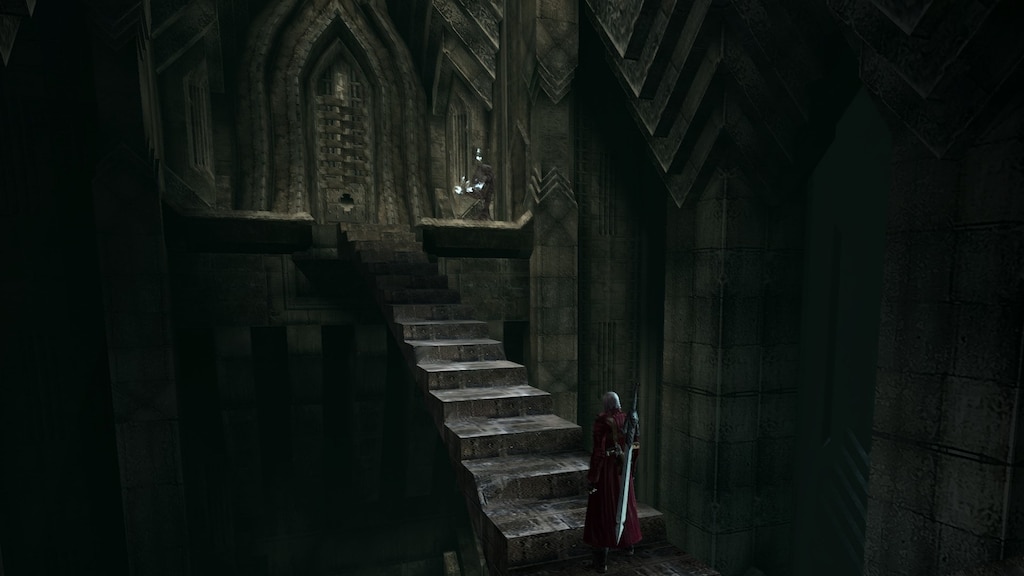 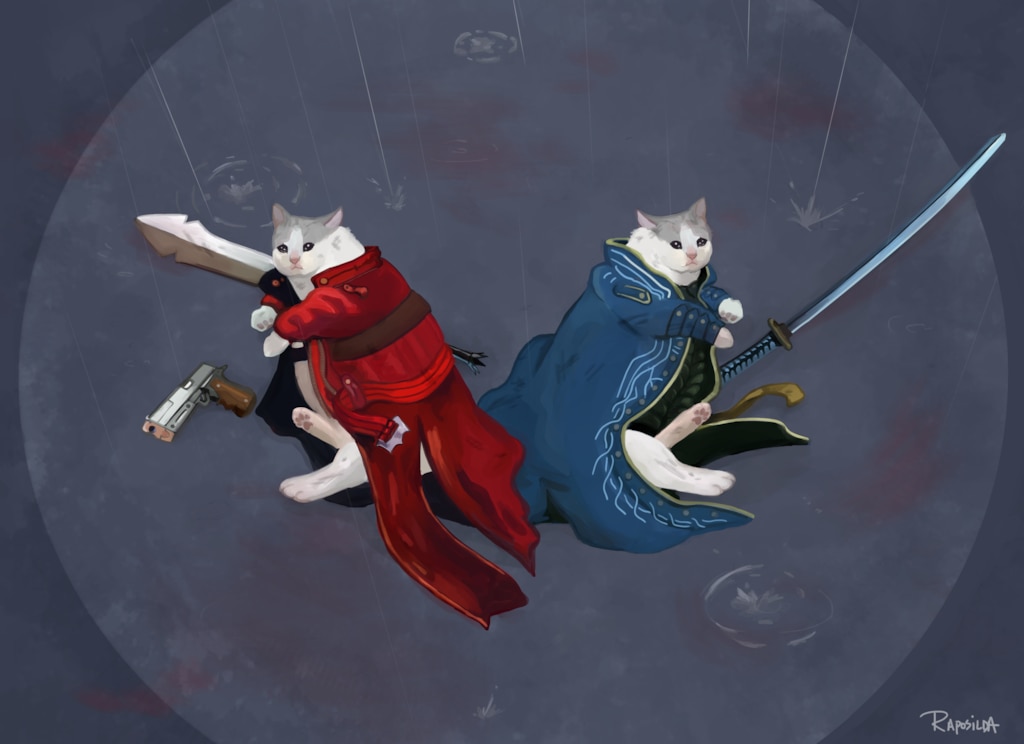 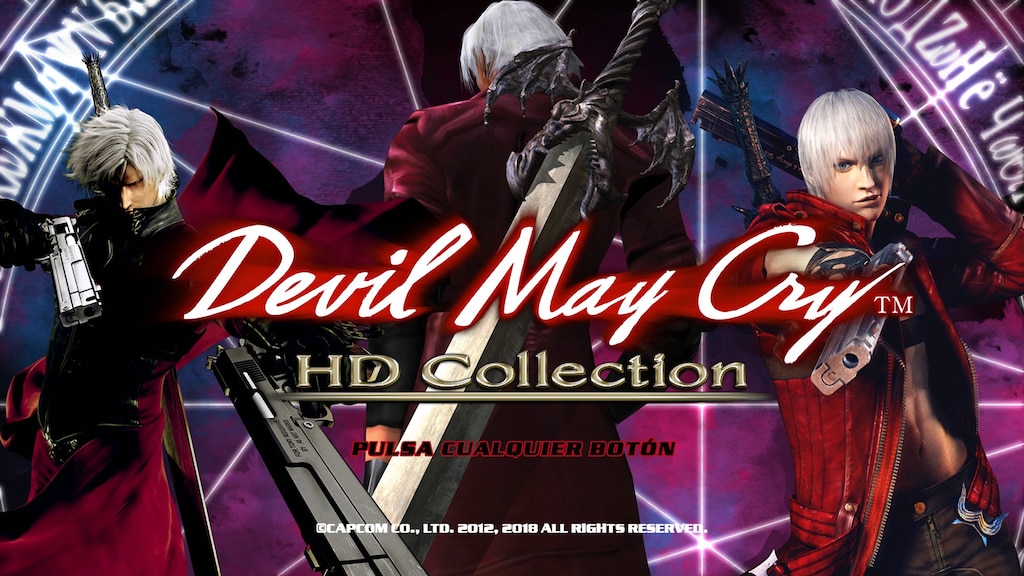 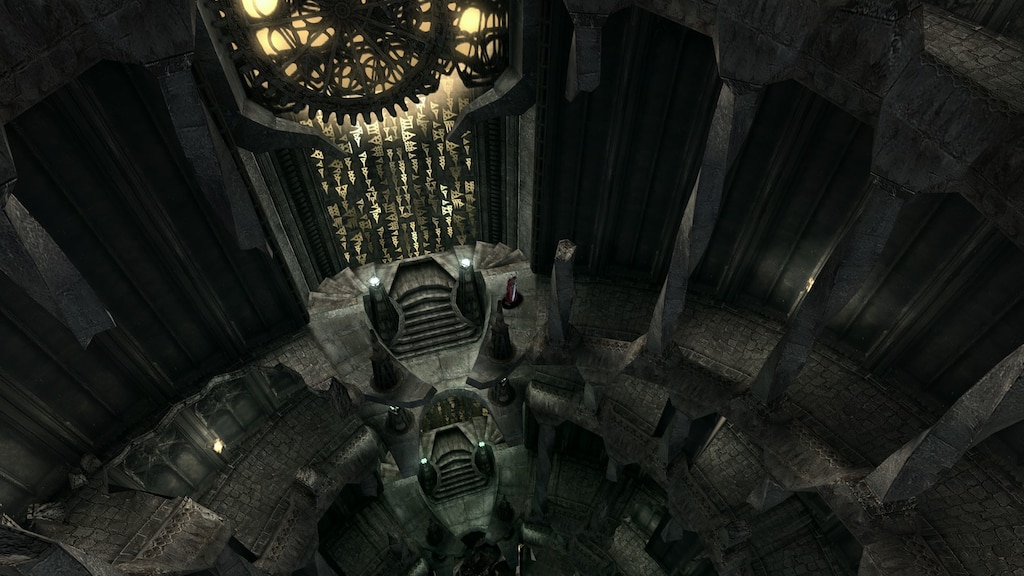 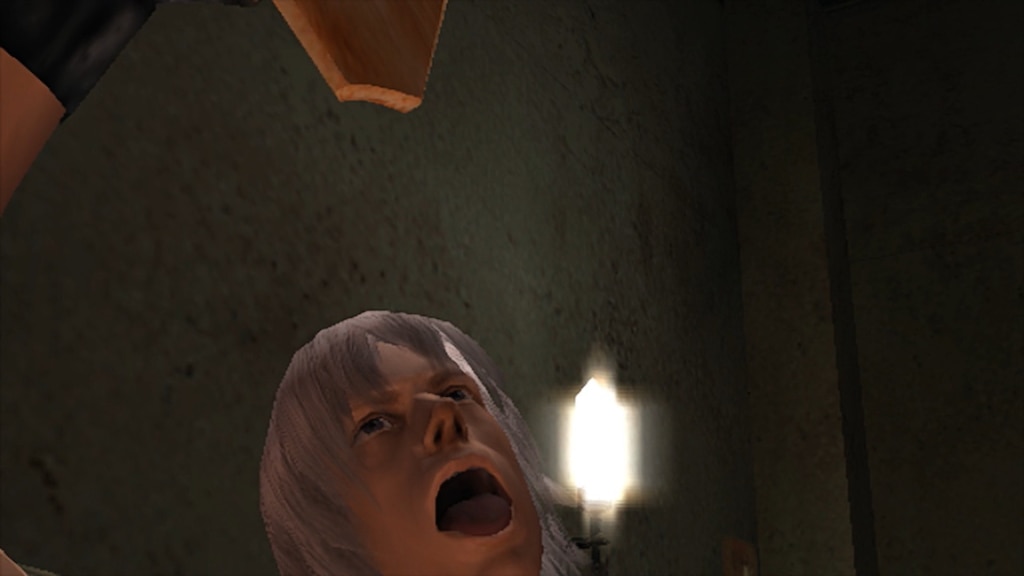 I literally just finished Devil May Cry 3 on the HD collection and I am feeling a mixture of many feelings which is why I’m writing this long overdue review. Here’s my perspective as someone who started the series with the 5th installation last summer (2021), and finished the 4th game around half a year later.

Of course, some spoilers ahead so read at your own risk. I’ll try to exclude as many spoilers as possible and might add spoiler warnings.

Gameplay (controls): Overall, the gameplay was alright and it didn’t take too long to adjust and get used to it because I was already familiar with the combo system from 4 and 5. The challenging part was the camera though. In DMC5 it was perfect. In DMC4, it was annoying but at least you could manipulate the camera to an extent. DMC3 was like, Resident Evil 2 tank control level difficult. Maybe it’s because I’m from the new generation of gamers but man that was tough. I enjoyed the different devil arms and guns, and the variety of moves they had despite the limited button combos they have compared to DMC4 and 5. For example, it felt like something was missing when the left stick forward-back melee combo wasn’t there. That’s probably the most fun combo in the DMC series in my opinion, because of the moves (executing it is annoying). Despite the overall quality of the game, I still have a few things I dislike about the game. Maybe this is because I started off as a DMC5 player and got to enjoy all the benefits and eases of the newer games, but I really did not like that Dante could only carry 2 weapons at a time during each mission, and could only switch them as well as switch styles at each divinity statue. So encountering a combat adjudicator with the wrong weapon was really annoying. Another thing I disliked about this DMC game as well as in 4 is the platforming. It’s not really a huge thing in DMC4, but in 3, some missions depend on it and that was annoying. I’m talking about mission 17. That was horrible.

Gameplay (content): In DMC5, it’s pretty straightforward combat and getting through the map, and there’s even a button you can press to show you the direction. In DMC4, it was kind of in between that, with more puzzles in some missions, but more combat in others, with the only puzzles being hitting a few buttons for elevators to work, etc. but in DMC3, almost every level had puzzles, with combat in between the puzzles. You can easily get stuck or lost in levels and that was really challenging but worth the hard work. I don’t wanna be the “just bad at the game” kinda gamer but I kind of prefer having a more straightforward combat game with fewer puzzles, but the puzzles were still really fun nonetheless. At least there weren’t any levels like the stupid DICE ROLL puzzles in DMC4 so that was great. I just feel like I could not have possibly finished DMC3 if I were to play that game in the era it came out in because the puzzles would have been way too difficult.

Gameplay (boss fights): One of my favorite bosses was the first Vergil fight. It triggered a fight or flight response in me and I had to pause the game because I got too scared. The fight itself wasn’t hard because Vergil’s moves are very predictable thanks to my familiarity with fighting him in DMC5 and trying to learn and memorize his attacks to learn how to Royal Guard them. His moves were literally the same thing but his judgement cuts were much slower. Nonetheless, that boss fight was really scary because I felt like I was in Dante’s boots when I played against him for the first time. It felt somewhat realistic because of the taunts Vergil would make and how familiar I already was with the character. I also enjoyed the dialogue Dante would have with the bosses before fighting them and after defeating them. They’re really creative lines and Reuben Langdon does an exceptional job executing them. Of course Langdon does amazing in setting a contrast between his wacky woohoo pizza man vibes while hiding the pain and anger inside. Especially at the end, after mission 20.

Environments, cutscenes, and dialogue: Here’s what I liked about the game. I loved the character designs and the environments were awesome. I couldn’t help but become baffled at the cutscenes and their environments, considering they were originally made for the PS2. The graphics looked “outdated” yet the structure and composition of the scenes were phenomenal. The characters and objects were choreographed very carefully, and the voice actors were perfect. I especially admire Adam D. Clark’s voice acting. Especially during the plot twist when it is revealed that Jester turns out to be [spoilers]. That was amazing. I’ve probably seen that cutscene over 40 times but it never fails to amaze me. Another cutscene that always gets me is the very last one after the mission 20 fight. I already knew what was going to happen, but the way the scenes were constructed still hit hard. Really hard.

Writing (characters): I absolutely adore how the characters are written in DMC3. There is so much depth to each and every one of them, and the psychology behind them was well-researched during the writing process. All of the characters were distinct and you can really see the different traumas, struggles, goals, and worldviews each character had. If I explain any further, I might spoil things, but one thing to point out was the dynamic between Lady and Arkham, and the manipulation.

Similarities to DMC4 and 5: I also enjoyed the variety of bosses and their attacks but this also made me realize that I would have really liked to play DMC3 before I played 4 and 5. Many of the bosses and buildups to the final bosses reminded me of the game structure of DMC4 and 5. Especially the part where V had to fight 3 mirage versions of the bosses near the end of DMC5 although they were significantly weaker than that of DMC3. Also, the climbing of the environment and the mysterious ethereal environment near the end reminded me of the Savior bosses in DMC4. Also, the life-draining DT gauge thing reminded me of the poisonous gas mission in DMC4. This is what made me realize that I really should have listened to the advice a friend of mine gave me a while ago to play the games in order. Man. I mean, at least I was prepared for the Vergil bosses thanks to DMC5.

Ranking system: That reminds me, another thing I enjoyed about DMC3 was the extra challenge players have to face in order to get an S-rank. I’m not really a fan of time limits in DMC3 and 4 because as a completionist, I like to complete entire environments and explore every single aspect. I like the challenge but the time limit was annoying.

Overall, I think it’s a good game but it’s challenging to get into if you’re new to hack and slash games or the DMC series.

One final thing I would like to say about the game, though, is that it definitely saved the series, and in the PS2 era of games, Devil May Cry was definitely ahead of its time. The writing, characters, environments, puzzles, combat system, weapon designs, the buildup to the boss fights, and voice acting were all phenomenal and if it weren’t for the PS2 graphics and camera system, it would live up to today’s games. No, not even. Not to sound like a boomer, but today’s generation of gaming lacks these elements and makes up for them with beautiful graphics. DMC3 was ahead of its time and it’s definitely in my top 5. 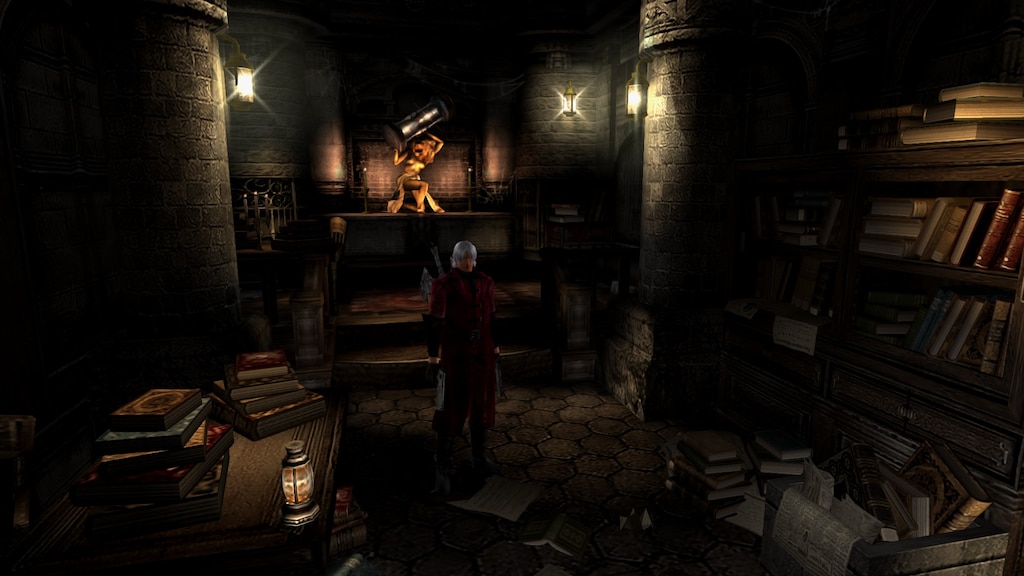 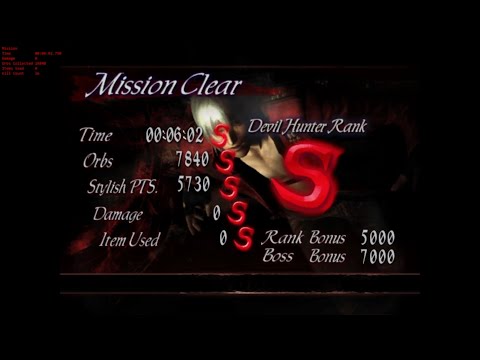 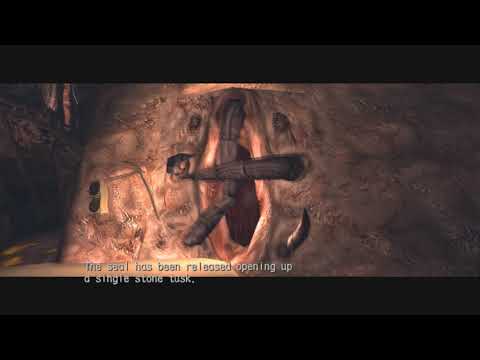 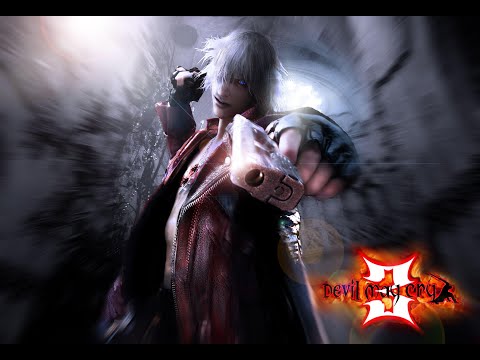 ⎛⎝ȺK!✘™⎠⎞×͜×
View videos
DMC3 gold/yellow?
What does this option mean? i chose gold cuz i like the sound of it XD
2

Omega
22 hours ago
General Discussions
I wonder why they didnt have a normal camera in dmc 1 and 2 (ive yet to play 3).
It isnt because of performance, because they literally have really wide shots with the ♥♥♥♥♥♥ camera system. Like shots that are more wide than what it would be with a normal camera system. It just seems like an odd choice. I assume it is because of resident evil as I know DMC spawned due to RE 4. But at least RE games pre 4 had an excuse. I wish I didnt buy the HD collection and just got in general the 3rd game. Because I already quit after like 20 minutes for DMC 1 and 2, and just watched a s...
12

BimboGooch
21 hours ago
General Discussions
anime or game
Should i watch the anime first or play the games first?
7

Omega
Aug 10 @ 8:51am
General Discussions
When will this go on sale again you think?
I miss DMC 1 sooooooooooo bad but HDC isn't on sale at the moment and considering my financial situation getting it on sale would be preferable. BUT I NEED THIS RIGHT F...ING NOW :)))
7