This user has also played as:
The Mad Reviewer Community Contributor
3,299 XP
Reviewing since 2011. Gaming since 1999.
I truly believe videogames have allowed, like never before in entertainment, people to truly immerse and lose themselves into countless stories and worlds. If there is a light in this bleak age, It would be this one.

Fenol
Online
General Info
General Info
I review for passion to provide unbiased, honest writings for everyone. I do not get paid for it, write just because I like to. In a world full of incompetent game "journalists", fake reviewers, posers and buffoons, I want to do my part in making reviews as they should be made. The real deal.

- Manager [Admin] at Reviewers' Guild .
- Writing reviews for IndieGems and Save Or Quit [www.saveorquit.com].

If you have a good reason, you're welcome to add me, I accept all requests. If you add me, state the reason with a comment or by writing me. Not doing so will result in removal after 48 hours. Metro Exodus
30 Hours played
Overview
Metro Exodus is the third installment of the acclaimed series, inspired to the books of Dmitry Glukhovsky, and set after the events of Metro last Light. Once again impersonating Artyom, players will soon leave the cryptic tunnels of the Moscow Metro to journey on through the entirety of Russia, ending up in a variety of places ranging from deserts to lush forests - accompanied by Colonel Miller and his elite Spartan team. What initially begins as a daring escape soon turns out to be a journey for survival, as unexpected turns of events one after another come crashing down on the squad.

Starting with the good points, the strongest feature of Exodus as it was with the prequels, is the atmosphere and world-building, which deliver an uncompromisingly realistic take on the nuclear post-apocalypse. This time it's not confined to the cramped Metro tunnels, but shows in full the entirety of Russia's wastelands, and does so flawlessly. Fighting any kind of enemy on the higher difficulties is a tense and unforgiving affair, where all but the weakest attacks mean certain death for both yourself and most enemies.

This realism is complemented by accurate gunplay and good variety of murder tools to use. Exploring the wastelands is not only spectacular but also worthwhile, as every map contains a bounty of secondary locations often hiding unique upgrades for Artyom's suit and weapon mods. They will make your life easier once acquired. The narrative and characters stay true to the excellent book series and do not disappoint in the slightest.

There are however a few dents to an otherwise flawless execution. The Karma system has been reworked and forces players to take on the majority of situations with complete stealth, without also killing anyone in order to get the good ending. This goes as far as penalizing you for killing someone that shot first and is openly hostile, while the consequences will influence your companions' very lives as if some "higher power" was there to punish you - which makes no sense.

Overall, Metro Exodus remains an excellent open-world FPS that delivers the quality already made famous from the previous chapters, at the same time enhances the gameplay in new ways bringing it to a new level that surpasses the previous ones in almost every department. It took me around 25 hours to finish the game on Ranger Hardcore, while exploring thoroughly every map and completing all side content. For the price of 40€ and excellent quality, I can recommend buying at full price.

Exploration
Is performed on foot most of the time, except in a particular map where there will be a truck at your disposal. Ziplines and boats are also used sparingly to traverse otherwise impossible paths. While exploring, keeping an eye out for mechanical and chemical components - both used in crafting - is one of the primary goals, as you'll need them to craft supplies. Of course you can also find already made ammo, medkits and filters, but that's a more rare occurrence.

Certain specific places hold unique modifications more or less hidden, and this is what makes exploring every corner worthwhile. A global map will display your position and all the discovered points of interest, highlighted on the map by using the Binoculars on a high place. Safehouses are sparingly set around the world and they can offer a safe refuge to wait night or day, craft at the workbench and more importantly save the game if you play Hardcore. There is no fast travel.

Character Management
Can be done on the fly with the portable workshop in your backpack, or in a more complete manner at a stationary workbench in a Safehouse. You will be able to modify any of your weapons with previously acquired mods at any time, as well craft simple ammo types such as arrows or steel balls, medkits and filters. More complex crafting requires a full bench and that includes changing your suit upgrades, crafting bullets and as well throwables like grenades, cleaning weapons to prevent malfunction.

Quests
Are not numerous in the game and usually are about retrieving a specific item for one of your travel companions or another character. They do not always award anything other than achievements or Karma, but still they are worth doing for the sake of storyline and to explore new places.

Combat
Is one of the most consistent elements of the experience and at least on the higher difficulties, is a brutal and unforgiving affair where even just one shot can instantly kill you, as well as enemies. Ammunition is fairly limited, while grenades and throwables are powerful bit very expensive to create - using all your resources, stealth as well, is key to prevail against overwhelming numbers. Nothing prevents you from going in guns blazing but on higher difficulties it's a good idea to take out at least some enemies silently before doing so.

Foes range from your average bandit with a shotgun to nine feet tall abominations with the strength of twenty men, passing from mutated shrimps and venomous giant worms. Each foe has strengths and weaknesses for you to exploit, for example most animals will be scared by fire or your vehicle. Human enemies are definitely smart and use tactics such as flaking, cover and grenades to overpower you, other than having swift reflexes and excellent aim - on Hardcore at least. Being accurate, fast and conservative are the pillars of Metro's combat.

Technical
PC Specs: RTX2080Ti, Ryzen 3900X, 32GB RAM DDR4
Critical Problems: None.
Optimization: Resource usage is within expected parameters for the quality, no problems to report.
Performance: The game runs without issues in 1440p, 85Hz on Ultra settings.
Bugs: Key rebinds do not work properly for certain keyboard configurations.
Other issues: Save system on Hardcore difficulty has frequency issues, might be a bug, unconfirmed.

Final Thoughts
Metro Exodus is definitely a worthy successor that expands the prequels' gameplay, taking it to new heights, but not without some drawbacks. Fans of the series and those who like atmospheric games will not be disappointed.
View all 130 comments
Artwork Showcase 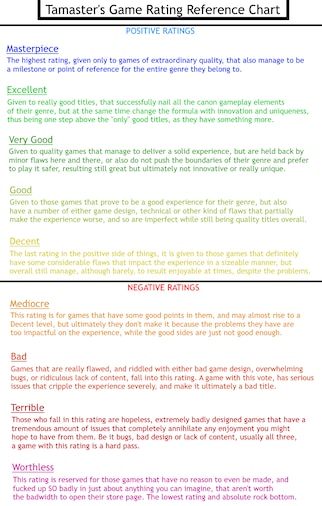 The Space Survivor's Handbook, Tips and Tricks to make it out alive. No Spoilers.
By Tamaster 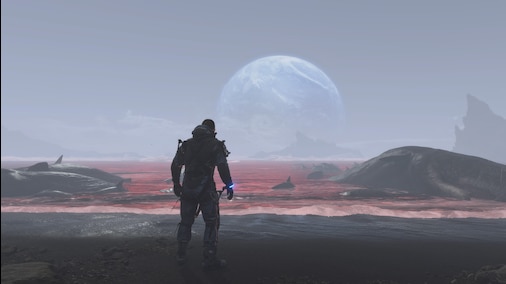 IDK, I cleaned up some people today, probably yoou got in the middle of it. I added you again.

demadeefy Oct 13 @ 7:46am
I write in English as I've noticed that you express yourself mainly in that language ...
Simply this is a message to justify the fact that I sent you the friend request; the reason is soon said, I noticed your really well done review regarding the title "Biomass" and intrigued I went to your profile, then noticing your Italian nationality I decided to send you the request!