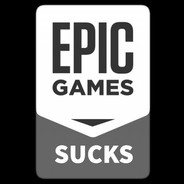 For those against Epic and their forced exclusives

Epic claims to want to save PC gaming but instead only divide the market and divide PC gamers
The purpose of this group is NOT to hate on anyone who's using Epic Games Store, nor to harass them. We are simply taking stance against Epic's questionable and anti-consumer business practices.

We believe video games industry is strong, however... Epic Games seeks to fracture the market with exclusivity deals.

If you disagree with their practice of buying out games that were originally promised on Steam or GoG, feel free to join us.

What we offer:
Informational news from our curator page .
Weekly gaming news without clickbait (via our announcements).
A discussion area for discussing news in the games industry.


P.S. We are NOT associated with r/fuckepic by any means.

Welcome to our 155th Weekly News Roundup
Weekly gaming news, but without the clickbait!

Epic v Apple: New Twitter tirades and allies
This week, Tim Sweeney made new accusations against Apple, accusing the "App Store monopoly" of "seizing control of the American economy" with its "30% Apple Tax" and declares (again) that "Apple must be stopped".
Sweeney Tweet

Additionally, embattled Twitter owner and CEO Elon Musk also attacks Apple over its 30% cut, as he seeks to reverse Twitters' decline in revenue. Like Sweeney, Musk accuses Apple of censorship and monopolistic actions over unsubstantiated claims that they would remove the Twitter app from the Apple app store.
Forbes Archive[archive.ph]

Other News
Thank you for reading and have a good weekend everyone. For reviews, news & disclaimers on Epic exclusives, give our group curator a glance.

Welcome to our 154th Weekly News Roundup
Weekly gaming news, but without the clickbait!

Ubisoft returns to Steam?
After weeks of speculation, Ubisoft has made the Steam page live for Assassin's Creed: Valhalla, indicating a possible return to the storefront that Ubisoft deemed to have an "unrealistic" business model. Additionally, Roller Champions and Anno 1800 were also announced to be releasing on Steam.

While Ubisoft will almost certainly continue their initial releases to only EGS/Ubisoft Connect for upcoming and future releases on PC, Ubisoft seems to be ending what is essentially a "no Steam release" policy that has been encouraged by Epic and eventually releasing their games on Steam as other developers/publishers have done.
Valhalla Steam Page
ArsTechnica Archive[archive.ph]

Other News
Thank you for reading and have a good weekend everyone. For reviews, news & disclaimers on Epic exclusives, give our group curator a glance.

CarnageInc. Nov 24 @ 3:34pm
A bit off topic, but are there any groups that follow EA games that get or might be abandoned?