Prepare to be enchanted by a world where the choices you make and the paths you choose shape your destiny. Obsidian Entertainment, the developer of Fallout: New Vegas™ and South Park: The Stick of Truth™, together with Paradox Interactive is proud to present Pillars of Eternity.
$29.99
Visit the Store Page
Most popular community and official content for the past week.  (?)
siege of crägholdt
What the hey-ho? I realize I'm playing hard but huh? I'm 10th Level. I caused something like 50 points of damage to one of the mercenaries with a 5th level spell that usually kills most things, and I'm not even sure I took a single dot off their hit point totals. Meanwhile, they were causing about 20-30 points of damage routinely even as my pain characters were lucky to do 5-10 points on them....
4

Companion Builds
Hello all, I am a lazy soul who hates to skim through videos to just get two bits of information, so I'm taking the time to write down the information found in the Nerd Commando Game Studios videos ([url=https://www.youtube.com/watch?v=vVtz0MZ8SdQ&list=PL4...
341 ratings

Ranged Cipher Build Guide (PotD, WM 1&2, Patch 3.05)
This guide was originally written during the Pillars of Eternity public beta. It's not particularly original with me, but represented the general consensus of what experienced players were doing with ranged cipher builds at the time. Since that time, the g...
303 ratings 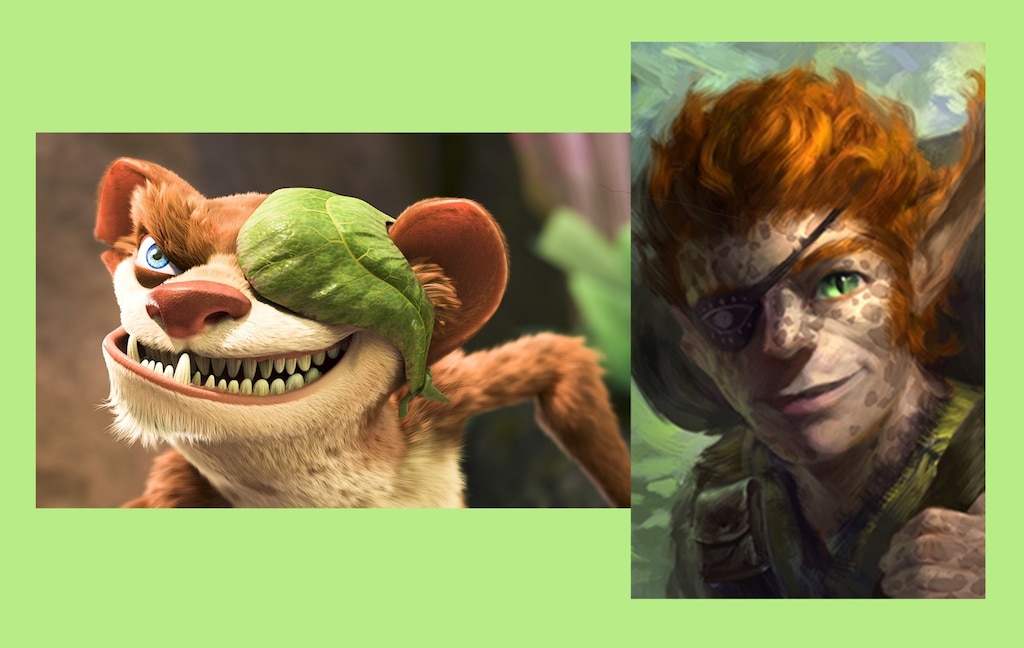 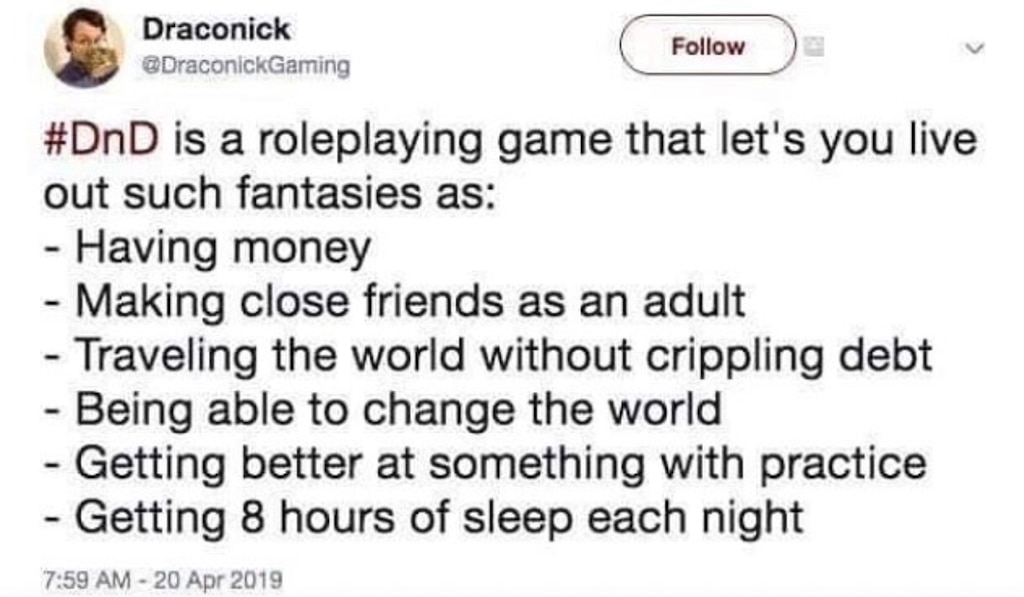 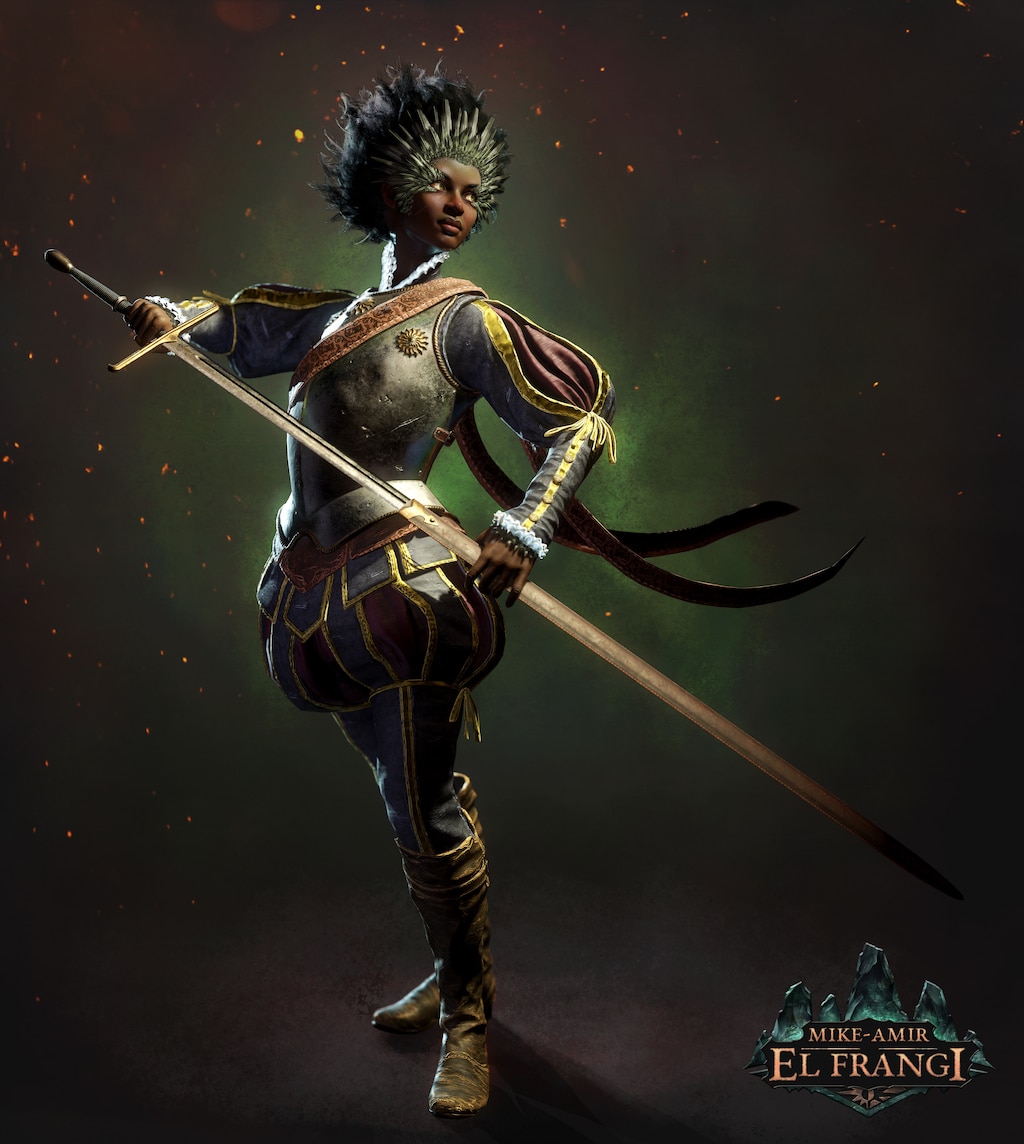 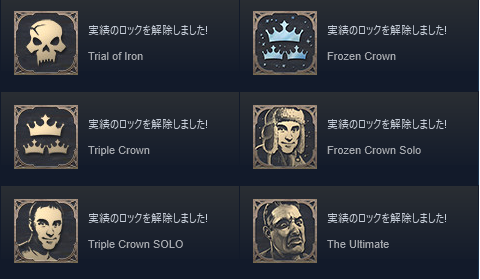 Recommended
0.5 hrs on record
An unevenly cooked meaty chunk of RPG goodness
Disclaimer: I barely have any hours logged on the Steam version of the game, as I have instead played through it on Amazon Games. It took me around 90 hours to beat, with all of the DLCs included. Therefore, this review concerns the Definitive Edition of the game.

I’ve always thought of this game as the catalyst that truly kicked off the CRPG renaissance we’ve been experiencing since the mid-2010s. Sure, Pillars of Eternity wasn’t the first notable CRPG to be released in that period, but the return of Obsidian Entertainment, developers of the legendary Fallout: New Vegas, to a genre they initially made a name for themselves in, must have had more weight to it than yet another good Shadowrun game or the quirky but excellent Divinity: Original Sin. However, does Pillars of Eternity even deserve such praise, disregarding its developer’s reputation? Let’s lay it out!

Upon character creation, you are offered one of eleven classes. Some share similarities, but I was pleasantly surprised by how distinct each of them is. Not only does this provide great replay value, it also further differentiates your companions from one another. Fighters and Barbarians suffer from feeling a bit plain, something I thought at first was done to ground them as classes that play around using their weapons rather than abilities. Then, I unlocked the Barbarian’s ability to leap into the air Superman style and knock down enemies upon landing on the other side of the battlefield. I wish more RPGs took Dragon Age’s approach to their classes that fit these archetypes and allow them to perform fun moves while still maintaining their identity.

The companions themselves are all likable and quite well written. They have great party banter, make callouts to each other in combat, and are great at telling you how they feel about what’s happening. Unfortunately, most fall into the “stock RPG companion” category, further made worse by not all of them getting a proper spotlight in their personal quests, and thus ending up feeling somewhat uninteresting. The biggest offender is one companion about whom you make a major discovery at the midpoint of the game, yet it carries barely a fraction of the weight it is implied to have due to it never being properly explored. It ends up being a major part in the companion’s arc while being barely brought up until the very end.

Your player character, as well as the entire story, similarly lack focus. While what makes your character important is presented very well, and the story as a whole is interesting, you will often feel lost and question your character’s motivation. The trope of the protagonist being an adventurer who’s at the right place at the right time is quite tiresome at this point, and I wish more RPGs went to greater lengths when establishing these characters. The game’s pacing is partially to blame as well, and stems from poor difficulty scaling and a lack of integration of side quests into the main storyline. I understand how certain encounters must be made almost or completely impossible to make progression rewarding, but nothing is more frustrating than encountering a difficulty stonewall in the middle of a dungeon within the main quest and then having to backtrack out of it in order to find a way to level up. The game also doesn’t provide you with a surefire way of gauging the challenge of an encounter before starting combat, or escaping if it proves to be too much. The only way to truly know if you’re in an area you’re under-leveled for is to die and load a save. It’s a shame that these side quests require you to greatly stray off the beaten path, as their quality makes for some flawless worldbuilding. For example, you can blaze right through the first town in the game without ever resolving its storyline of a tyrannical lord who abuses his subjects for personal gain. Talking with any of the NPCs in the town won’t give you a quest or a map marker to the lord’s stronghold, but directions on which path to take in order to discover it on the overworld map. Only then will the actual quest start. In fact, there are no quest markers in the game, period. Save for a few big cities, all locations must be manually discovered. While I love the concept of it, and it does make exploration a blast, you can see how too little player guidance can affect the game negatively.

As far as the actual game mechanics are concerned, Pillars of Eternity comes with a unique ruleset. For starters, attributes barely influence your ability to hit enemies. The accuracy of both spells and physical attacks is primarily based on your level, and to a much lesser extent on talents and the weapons themselves. Furthermore, all physical and spell damage is affected by a single attribute across all classes, Might, so it’s not necessary to build mainly Dexterity for a successful Rogue or Intelligence for a successful spellcaster. These classes still benefit more from certain attributes, but if you want to deck out your priest in armor and have him smack folks around with quick hammer strikes, courtesy of his high Dexterity, you can. Want to roleplay as an unintelligent Wizard? You can, your DPS won’t suffer for it. All of these mechanics, and more – such as the simple, yet excellent stealth system – can be viewed through the in-game glossary that also carries information on the various enemies you’ll encounter. It’s a shame it wasn’t extended to include the story and world, aside from a few general terms you’ll get introduced to early on. The combat plays out in real-time, with the ability to pause to issue commands. There’s also the benefit of replacing the tiresome round-based system with one where each action takes a specific amount of time, affected by stats and equipment. Separating Health into two bars - one representing durability within a single encounter, the other long term damage that results in permanent companion death should it reach zero - absolves managing it of any frustration, while adding a sense of weight to it that’s seldom seen.

The pre-rendered backdrops that present the game’s world are quite beautiful, which sadly can’t be said of the character models. Particle effects also look a bit awkward and tend to cause framerate drops when a lot of them are on-screen at once, excluding which the game runs great. The ambient sound design is stellar and greatly detailed, while the soundtrack mostly forgettable. Unfortunately, not all of the game is voiced and it overall suffers from too few voice actors for the unimportant NPCs. Still, companions and most plot-relevant characters all sport great performances.

Other botched features include terrible inventory management, a broken economy due to infinite inventory space, a superficial resting system, and an upgradable home base which serves as little more than eye candy and a place to pick up some powerful time-limited buffs.

Obsidian have knocked it out of the park as much as they could have, when taking into account everything that surrounded the development of the game. With the studio being on the brink of bankruptcy, the only way Pillars of Eternity could have been made was by turning to crowdfunding and promising a game that sticks closely to the concepts of CRPGs of old. However, not all of these elements are as up to snuff as they were 20 years ago. When paired with some of the features that are either left underdeveloped or end up leading nowhere, they form the crux of what prevents Pillars of Eternity from being an amazing game. It’s still a damn good one but unfortunately does not surpass other recent titles that have dared to rid themselves of design choices that are more trouble than they’re worth. 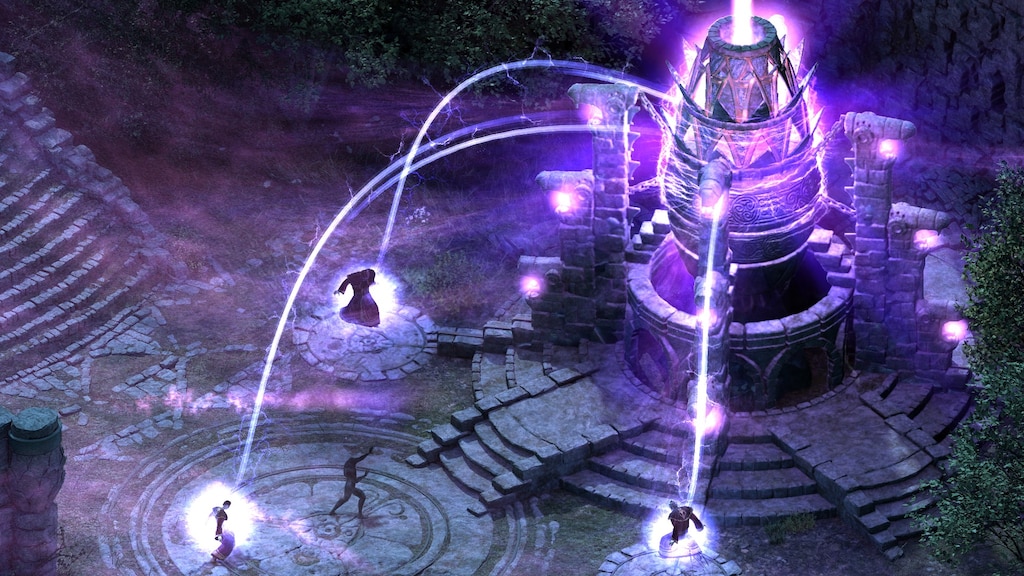 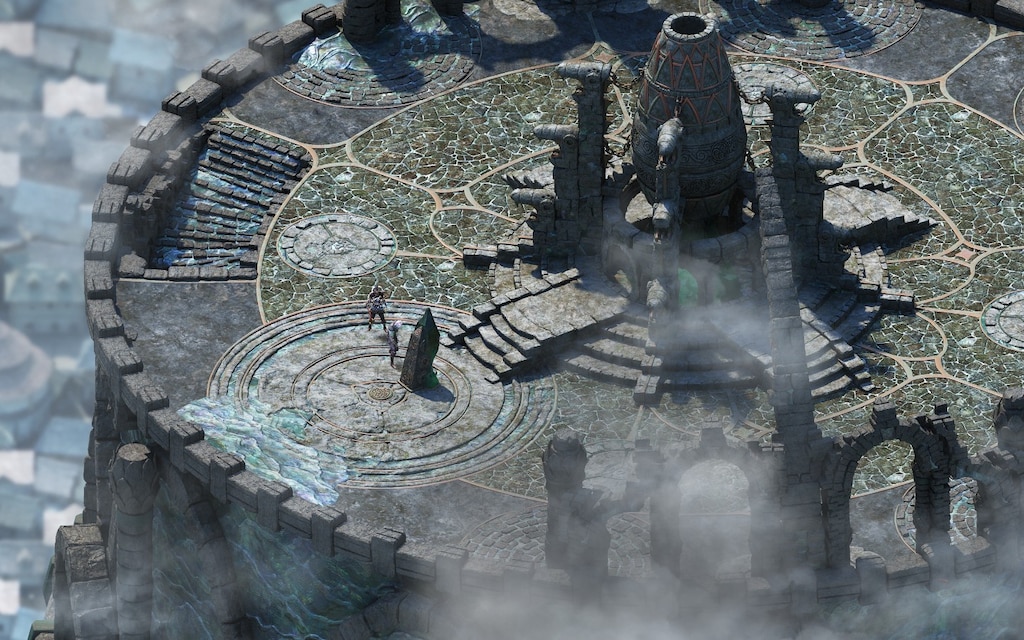 Recommended
69.1 hrs on record
This game cured my gaming fever, it has a great story, interesting companions, enjoyable combat. Love it. 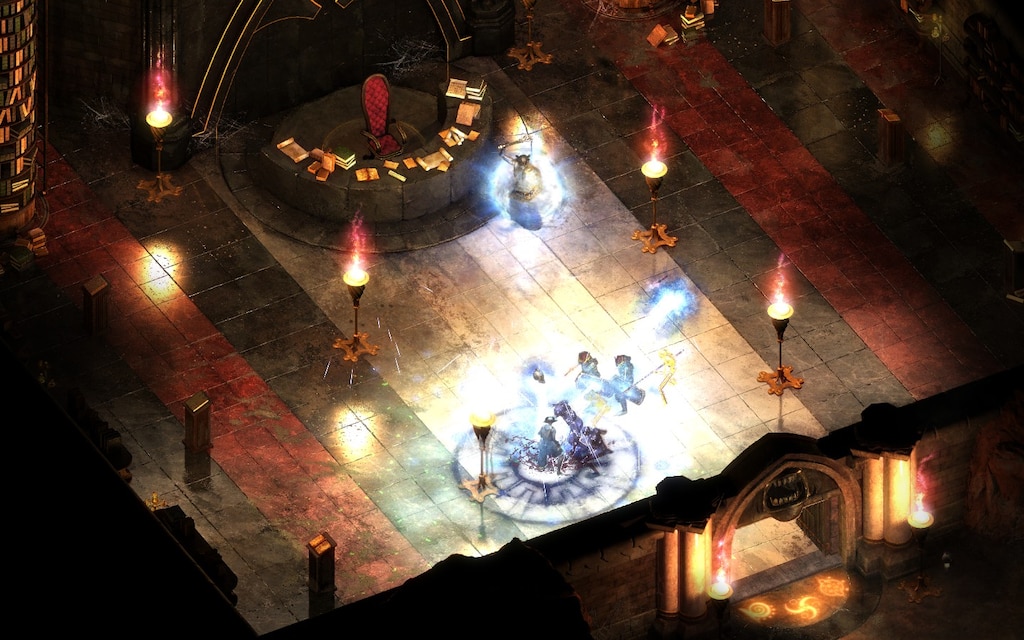 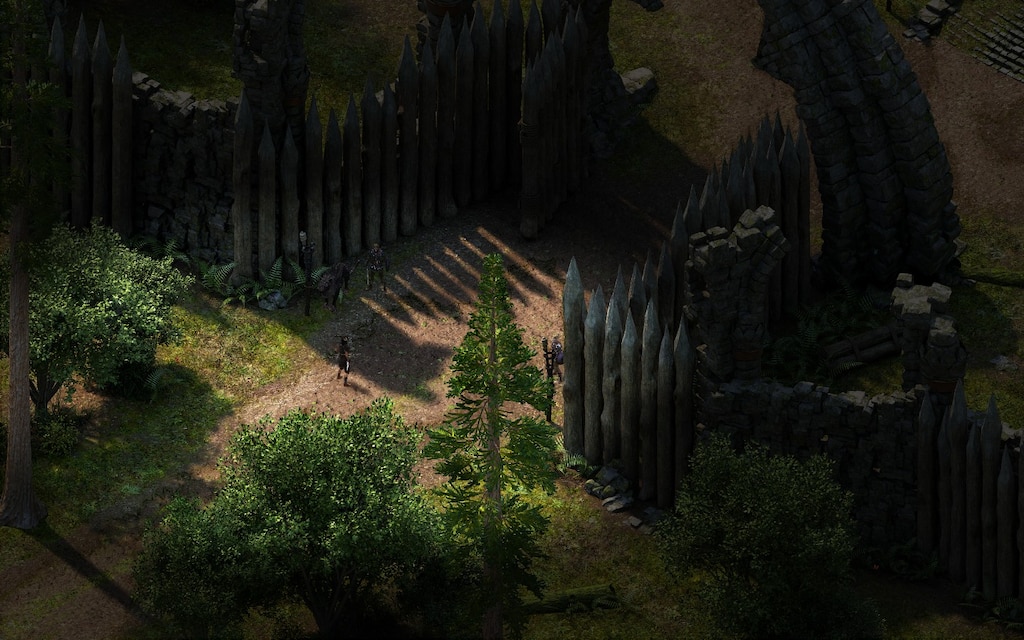 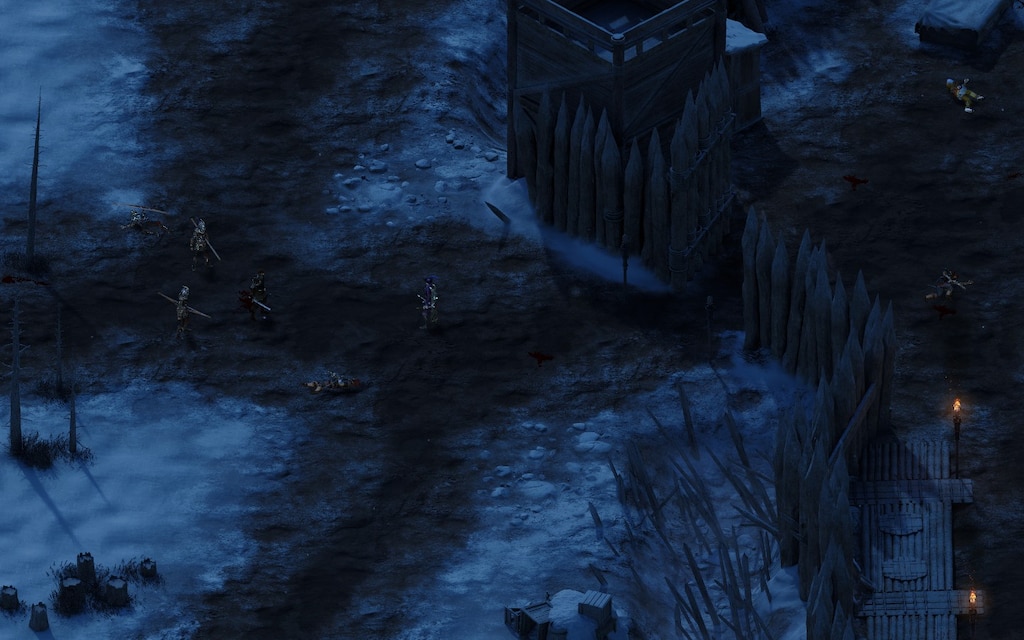 Not Recommended
20.3 hrs on record
You either micro manage every fight by pausing 100 times or you watch the AI waste all your spells on the first thing they see and then lose half your party because there is nothing left to do. It is bad enough that a lot of the spells target the ground and not the monster, like the magical missiles but even the AI casts it out of position and has it hit the ground harmless behind the mob. WTF? this game is stupid.

Hell
View videos
any way to make this actually turn based?
Pausing only does so much and even on normal this game is hard as balls to me!! i love divinity 2 and similar games but i've notoriously never done well on games like Baldurs Gate 1 and 2. I really wanna like it!!! i've given it like 3 tries and every time i just cant get past the combat...
19

Aeradyr
19 hours ago
General Discussions
Help! "It's a Priest! Kill them all!" ... what? [Early Game Quest Spoilers]
Raedric's Keep. Quest "Lord of a Barren Land" ( = confront Lord Raedric in his Keep) Seeing the guards protecting the Castle entrance, my party member mumbles "we are not going to storm through the front, are we?" I get the hint and make a turn, wondering around, innocently. Seeing the opportunity. Climbing up the vines to the upper castle part. Proud of my cleverness. My party's cleverness. Naturally. The party enters the first room with multiple chests. They all have one item times six: Berathia...
3

Adam Beckett
Jul 23 @ 11:14am
General Discussions
Quests, enemies, regions informations about level required.
Hi, This game is quite fun but I think it lacks of information about levels. You do not see any level when hovering an enemy with mouse. There is none for quests and tasks in their descriptions too. It would have been better if you can get an idea of the minimum level required to faufill a task or a quest. When you encounter an enemy, there is no clue if you are just losing your time trying to beat him again and again. If at least a level number can be seen, it could give us an idea of our chances of s...
2