This user has also played as:
Ian L. 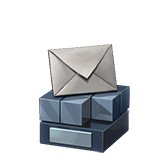 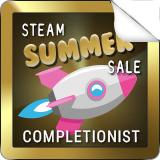 Warframe
155 Hours played
I've been playing this game for a while now, I've completed all of the quests, and I've made the perfect fashion frame for me. I think it's time to put my two senses into the game now that I've drained a decent chunk of the content from this game without grinding for hours.

When I first started up Warframe in 2017, I didn't really like it mostly because the game refuses to explain any of it's features well without reading a textbook and a half of tutorials. Mods are a confusing mess for a newcomer, showing the plat price for every weapon is a bad idea and gives the appearance that this game is pay to win, that's the first sin in an otherwise great game. Digital Extremes are veterans of the game dev scene in Canada. They helped in the development of Unreal Tournament up until UT'03 where they broke away from Epic Games to develop Dark Sector, which then became Warframe after many misfires on the team and many temp jobs throughout the Wii60 era. Now that we got the history of the game over, and to have me stop rambling, let's talk about how the game plays. The movement is smooth as butter, allowing the player to flow strikes with their chosen melee weapon with their wall runs, throwing out their abilities before aim gliding and hitting a 5k to a poor corpus in their big toaster head. The game is not restrained from letting the player to do whatever they want. You wanna become a samurai, slicing up people with a katana? go ahead. You want to harness the power of the sun to decimate even the strongest of enemies? go ahead. You want to harness the power of music to fling your enemies into the sky with a giant rolling ball of death with ocean man playing from it? Why not! Go ahead and run around as your crazy space ninja, grab some friends and sing ocean man while doing all three of those things!

Warframe is a game that has almost no flaws to it if you just want to have fun and are willing to get into it's complex systems. The game will not hold your hand on explaining anything, you best have a guide right next to you or you'll grind on Earth looking for materials that can only be found on Pluto. This is a game you can bounce off like a rubber ball if you look at the arsenal and see the weapons and assume that this game's pay to win, the only money I've sunk into the game is to help support the developers on making the game better, you don't have to spend a dime to enjoy every single aspect of Warframe, and that's the best part about it. It looks like it was done by a AAA company, but in reality, it was made by a company that almost died at the end of last gen as a last ditch effort to keep the Ontario game development scene alive.