Hell’s armies have invaded Earth. Become the Slayer in an epic single-player campaign to conquer demons across dimensions and stop the final destruction of humanity. The only thing they fear... is you.
-60%
$39.99
$15.99
Visit the Store Page
Most popular community and official content for the past week.  (?)
so basically if i have a gaming laptop im ♥♥♥♥♥♥ and cant play the game
i guess this is a call back to the original doom when Personal computers where new and you had to have a bit learning just to operate the damned contraption.
4

Welp
16 minutes ago
General Discussions
Can you please remove Denuvo so I can buy it already?
Thanks
53 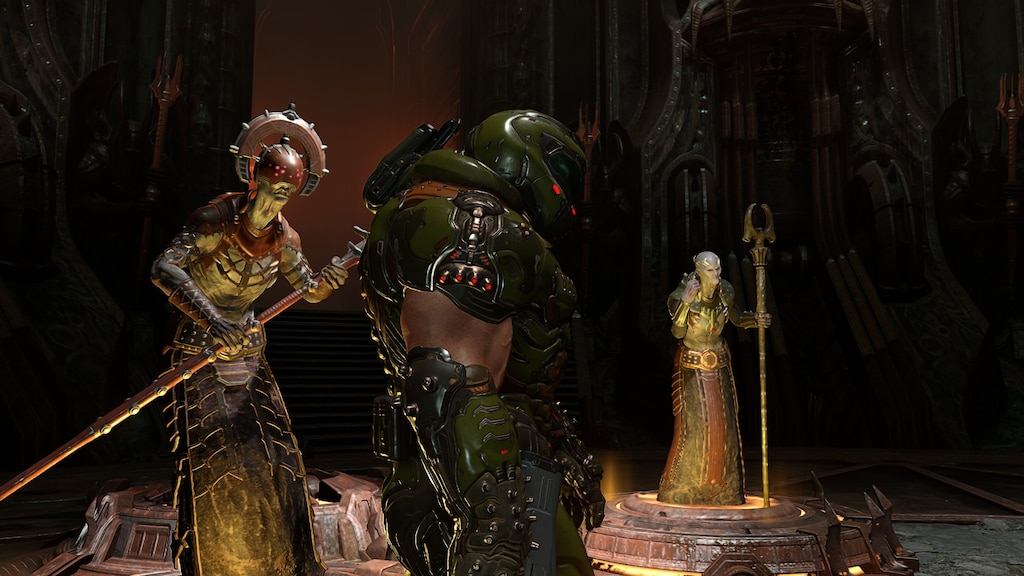 How to fix the lag / stuttering
if the game ran perfectly fine but recently started running badly for whatever reason. here's how to fix it.
87 ratings 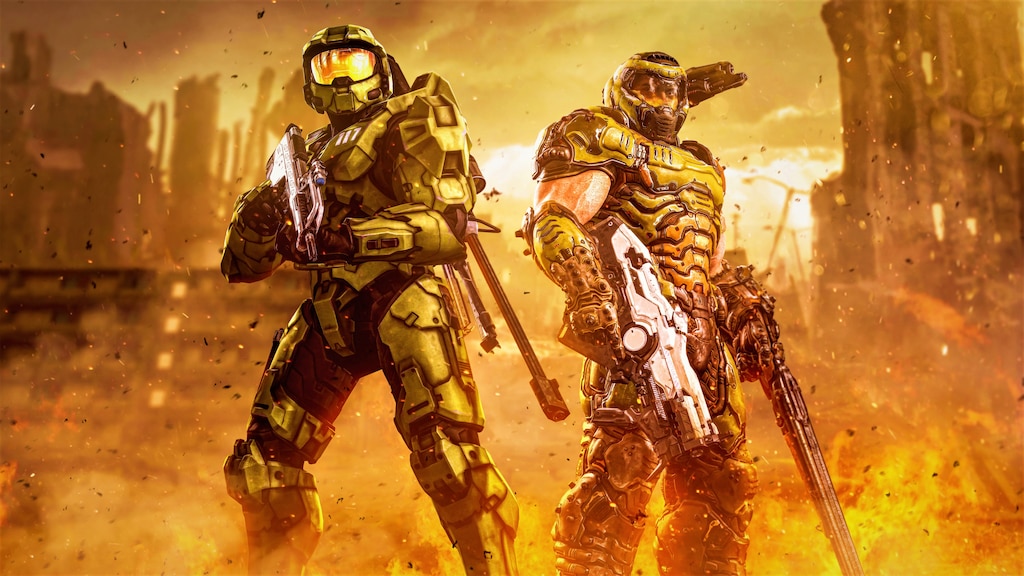 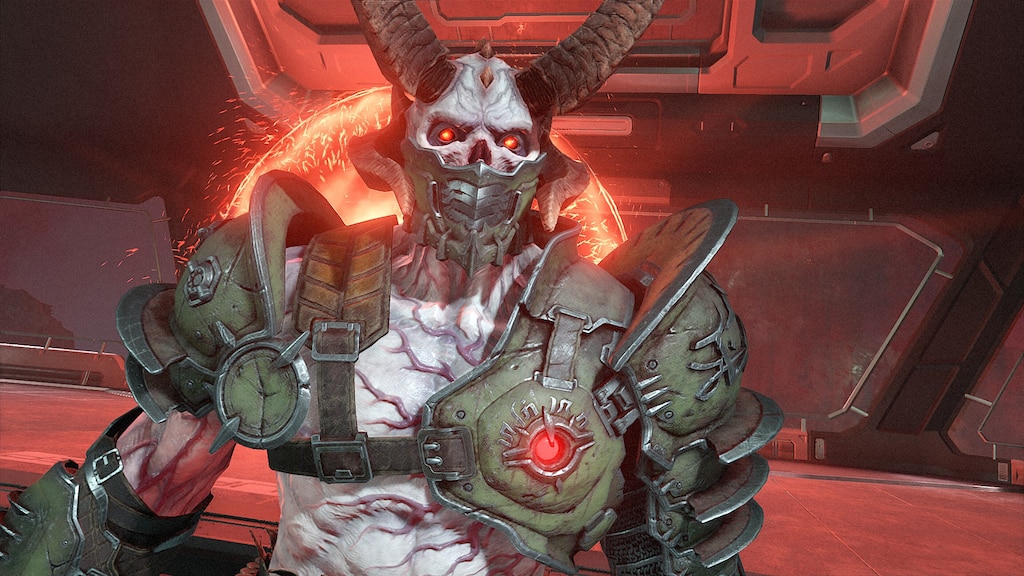 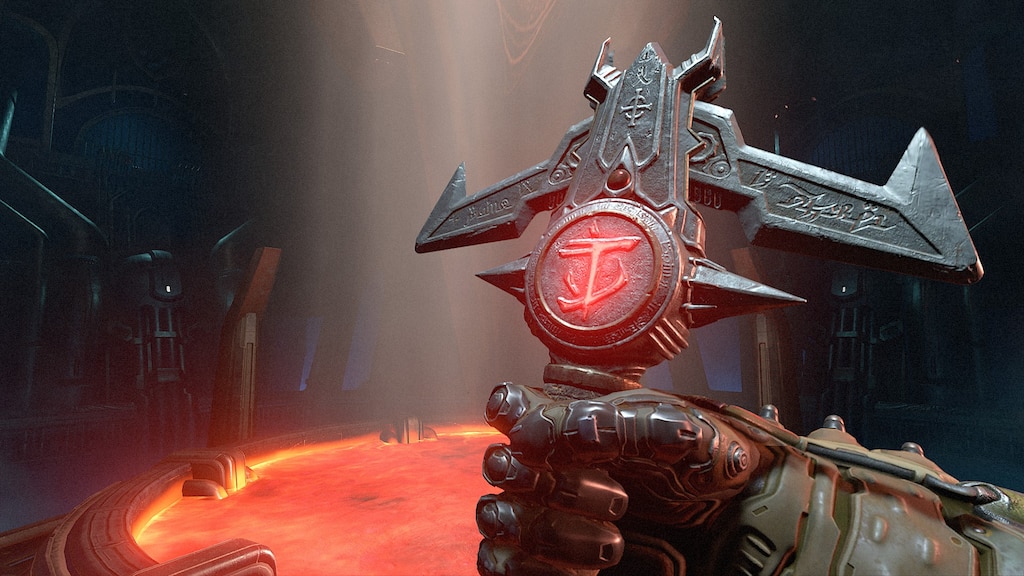 Not Recommended
32.4 hrs on record
Everything is there: the grpahics, the good perofmance... Yet I don't really fancy the gameplay.
It revolves around this:
1. X or Y enemies appear
2. Attack their weak points for massive damage with the.. correct weapon
3. You can use another but... Just do as the developers say in the pop up video tutorials

No, the Marauder is not the issue, I leanred how to cheese him, but it gets really boring and annoying just seeing his face and knowing that now I am forced to do the "dance". Now... I don't wanna start this topic but... In 2016 I loved the taste of freedom and geeking out on the weapons, they looked way cooler minus the over the top gtohic flavor with the Gauss Cannon being my favorite in terms of looks and design (and shredding demons... WITH SCIENCE!!).
The platforming also gets annoying as much as the purple goo. In the Ancient Gods it gets even more annoying with the way the game adds gimmicks after gimmicks, after gimmicks. Do this that way, shoot his ass first, drop his guard this way, watch for that thing there... I get it, but I absolutley hate the A,B,C embeded and static way and order of things that I should do in a certain way. God help me If I try to do it in another. It's not that I can't but you waste more resources doing it as... "not part of the plan". It starts to feel like a checkmark list homework. "Well? Did you do it the way we told you to? No? Too bad."

Now the other things that I disliked, that have 0 impact on the gameplay, just personal taste related.
I liked the more horror and sci-fi aproach on the original, here they REALLY wen't all out, and make me question the fact, just because they could, does it mean they should?
Anyway, I am not a big fan of the more cartoony looks and I do miss the more industrial design of the weapons, along the little animations and the way you find them.
I know I am the minority when it comes to it, as the game is positevly and overwhelmingly accepted and if this is the direction they wanna take it, the so be it. It's not like I have the power to do anything about it, but I can share my opinnion.
A developer has responded to this review

100% Ultra Nightmare Guide
For those who decide to 100% Ultra-Nightmare instead of playing it normally.
31 ratings 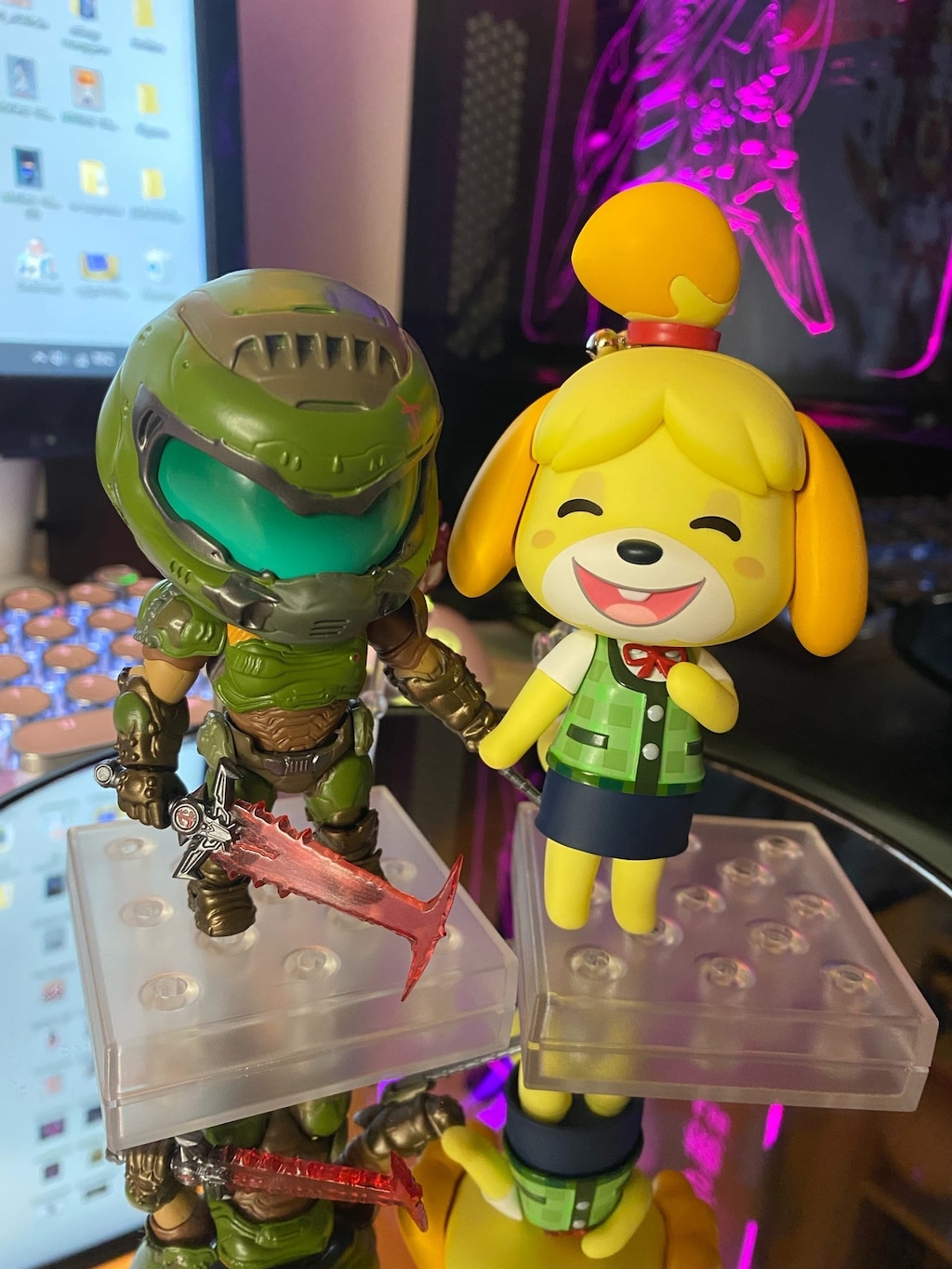 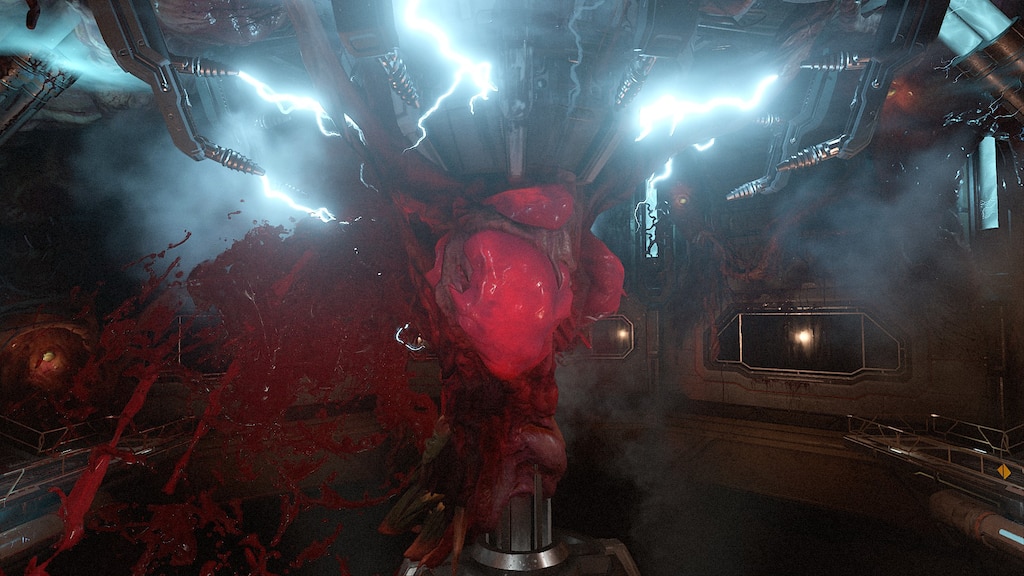 Recommended
110.1 hrs on record
Easily. without doubt, the best FPS game ever made. Fast paced, gore, finishers, mechanics, story - all perfect. As someone said to me recently, DoomGuy doesn't say a word in this game, yet has more personality than most characters in other games. I will be very surprised if any other FPS game ever tops this one. 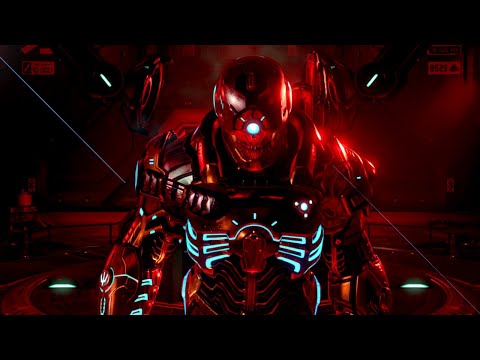 0
2
A Stranger I Remain Goes Perfectly With DOOM Eternal

Recommended
7.8 hrs on record
this 60 dollar soundtrack came with a free game 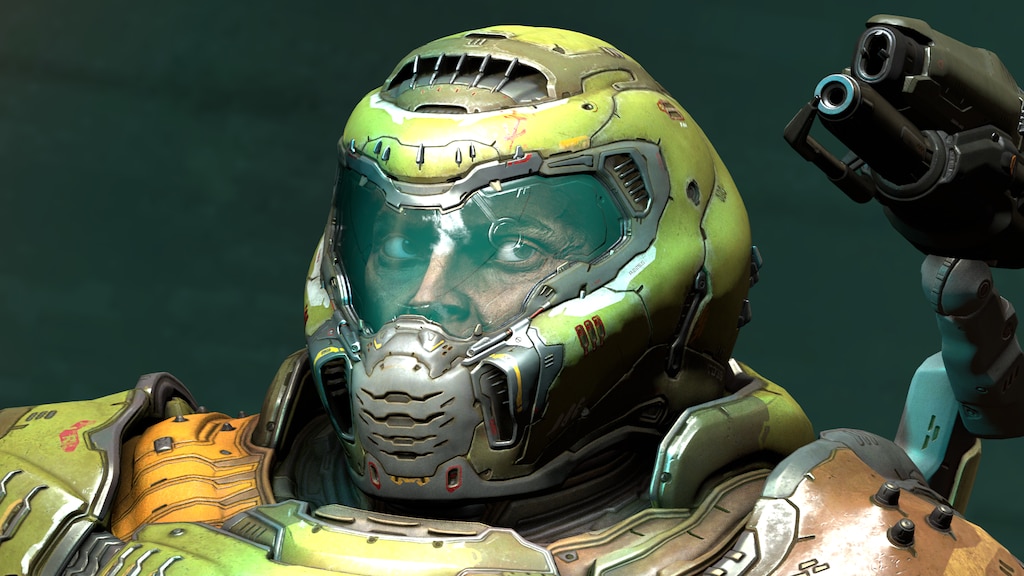 DOOM Eternal Arenas Description
List of the enemies that you face on the arenas of Doom Eternal that can help you manage your resources right and be aware of upcoming danger. Personally, I've decided to make it in order to better prepare for an ultra-nightmare suffering, because I wanna ... 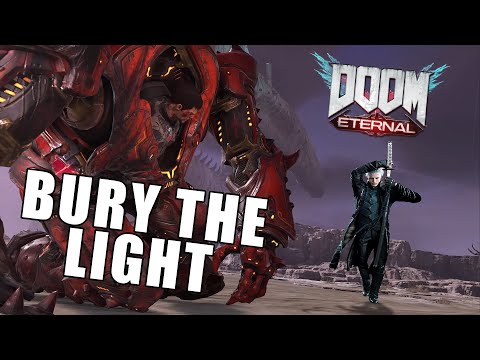 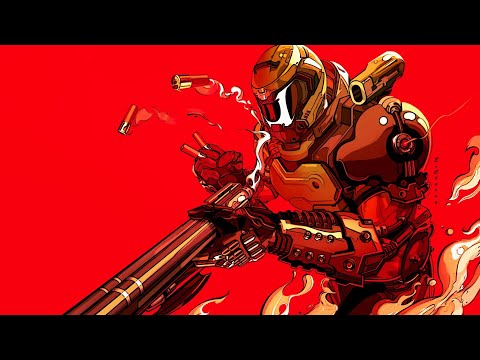 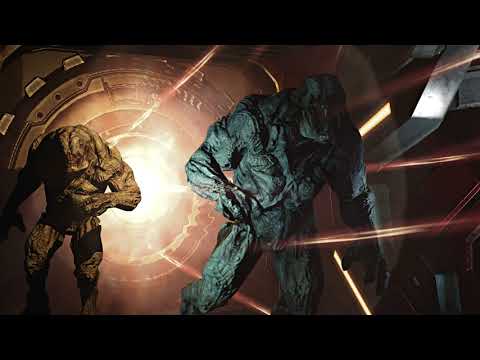 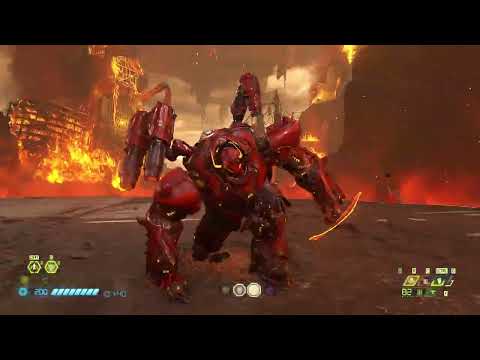 Hubert Punisseur de la BAC
View all guides
Whats the deal with the last boss of the second DLC?
Thinking of picking up the expansions since they're on sale but everyone is saying the ending of the game on dlc 2 is a total let down. Thoughts an opinions? Just looking to see before I drop twenty bucks.
6

Mark Walrusberg
3 hours ago
General Discussions
holy crap
after years of struggling with my life, in and out of prison, drug abuse etc i finally got my crap together, started a buiseness and upgraded my 1060 gtx pc to a 3060 ti pc and this is one of the first games i wanted to try with it, and holy crap im blown away, playing on ultra setting on a 3440 1440. gaming has come along way, and im here for it. stay safe yall...
4

blinkninja1
38 minutes ago
General Discussions
Still need a Bethesta account?
Good evening everyone. I have one question, I had hear after Microsoft buy Bethesta, some game stop to ask for the Bethesta account. But when I enter in the Eternal store still say I need. So I want to ask, I still need a account or I no need more?
5