Use stunning live wallpapers on your desktop. Animate your own images to create new wallpapers or import videos/websites and share them on the Steam Workshop!
$3.99
Visit the Store Page
Most popular community and official content for the past week.  (?)
Patch Released - Performance Improvements & Bug Fixes (Build 1.2.41)
May 24
Hey all,

after the creator's update, we are releasing a smaller patch today to fix some issues and improve the performance of the user interface.

Preview image cache
We have added a thumbnail cache to the browser of Wallpaper Engine which can improve performance quite a lot if you have a lot of wallpapers with large thumbnail images. When opening the browser for the first time, it will have to generate all thumbnails from scratch, so it may perform poorly for a minute on some systems but the performance will improve drastically afterwards.

Fix for unusual Windows user names
The last update caused some issues for users that have used some unusual characters in their Windows user name or in the installation path of Steam or a game library. This caused issues with the instant wallpaper cache and the loading of the Wallpaper Engine config file. If you have had this issue, this patch will fix that - but unfortunately you will have to go through the issue one more time as Wallpaper Engine and Steam will fix any broken paths. This process may take up to a minute because Steam can be slow to respond on some systems affected by this issue. This does not require any downloading of files, you just need to wait for Steam to respond to Wallpaper Engine which can take up to a minute.

Wallpaper Engine
16
648
Vertical positioning
Is there a way to change vertical positioning or zoom on individual monitors? I have one 27" horizontal and one 24" vertical monitor. If I extend the wallpaper they are always off. It's not a huge deal, but i would love to have the option to move the w...
2 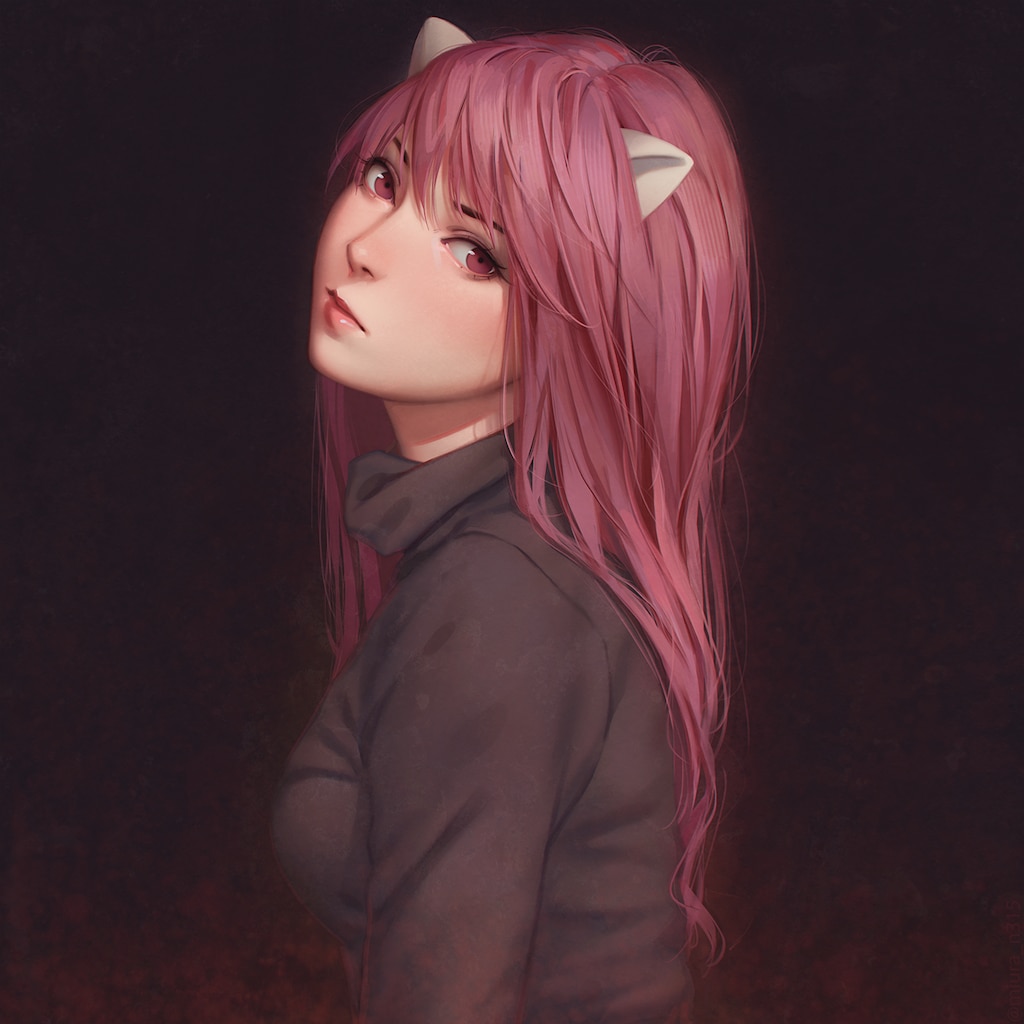 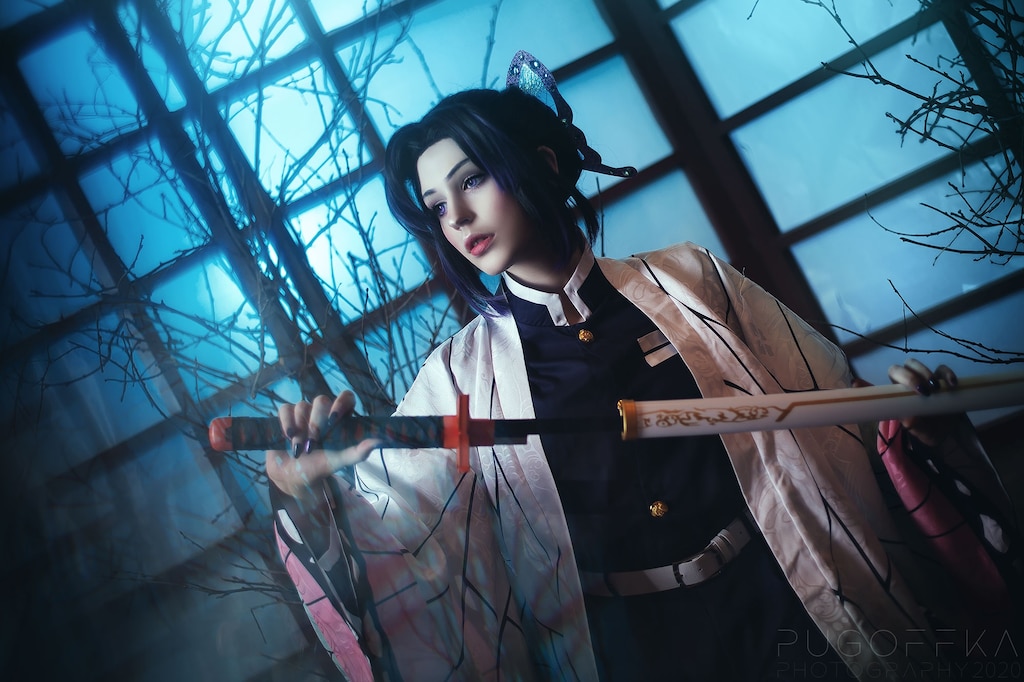 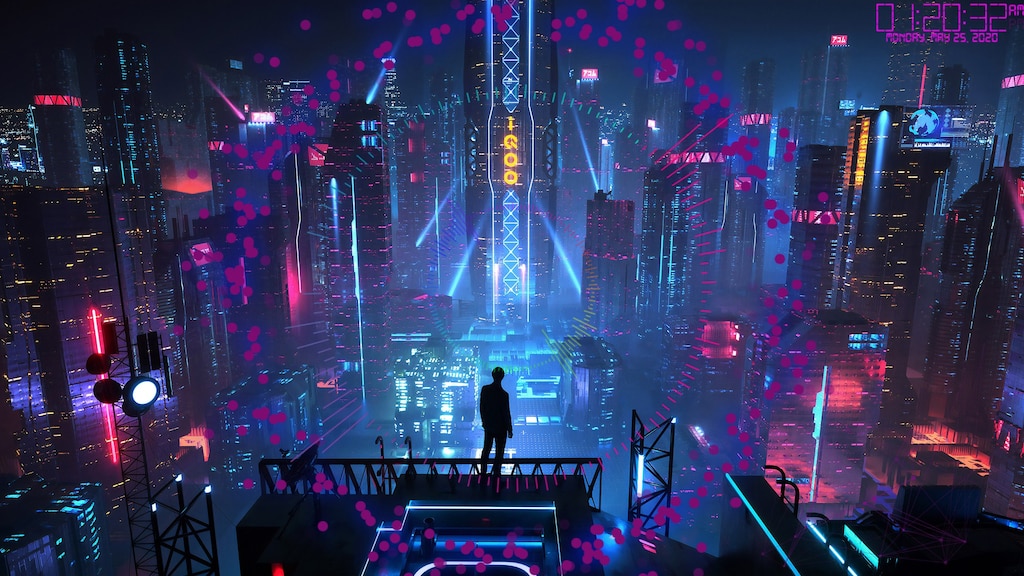 Wallpaper Engine 1.2 brings one of the biggest additions to application since its release by adding the sharing of wallpaper assets to the Wallpaper Engine Editor! The update also brings numerous user interface improvements and various other optimizations throughout the application.

Asset Sharing
This update introduces Asset Sharing in the Wallpaper Engine Editor which allows users to share custom effects and resources which can be used to create wallpapers! We consider this to be a complete game changer because it will now be possible for power users to easily share complex effects or other custom wallpaper elements with the rest of the community. Assets can be anything that can be placed into a layer, including SceneScript code and complete custom particle systems, but it also includes sound effects, image files or 3D models.

Browsing Assets
Inside of the Wallpaper Engine Editor, you will now be able to find an asset browser which lets you browse, subscribe and use assets similar to browsing wallpapers. You can find the Browse buttons through the "Steam" menu item in the editor or through the "Browse Workshop" buttons in the "Add asset" and "Add effects" lists:

Asset Packs
Just like existing assets, community assets can also contain variants of a specific element which we call asset packs. For creators who have subscribed to an item, this will appear like a drop-down in the asset list and allows them to make slight changes to a specific asset:

Asset Creator Mode
If you are interested in publishing your own assets, you first need to enable the asset creator mode via the "View" menu item in which you will now find the "Enable Asset Creation" option. We have added this extra step to ensure newcomers do not accidentally publish wallpapers as assets and to simplify the editor, as the asset creator mode adds a few new buttons in a few places.

Shader Editor
In the previous sections, we have talked about sharing custom effects. Effects are fundamentally different from other layers, as these are placed onto layers and up until now, it was not possible to actually create new effects in Wallpaper Engine. With this update, enabling the asset creation mode will create a "New" button in the effects list, allowing users to either create complete effects from scratch or use existing effects as a basis.

The creation of effects requires custom shader programming which only advanced users will be familiar with. However, it only takes a few power users to create something cool for the community which is why we have implemented this and Wallpaper Engine offers a great playground to get into shader programming.

User Interface Improvements
We have also taken some time and improved the Wallpaper Engine user interface. We have re-worked a lot of prominent buttons in the playlist area, the filter section and the wallpaper detail section to make them more easily understandable and give them a more unified look. The wallpaper gallery now also has a more modern hover effect and will zoom into the preview image and fade out the text to give you a clearer view at the preview image:

Video-playback improvements with DirectShow & LAV
We have made some changes to the ways videos are played with the Prefer DirectShow with LAV setting that many users are using for video wallpapers. The video image quality should now be improved on many systems which use DirectShow with LAV. We have also added the "WebM framework" option to the Wallpaper Engine settings which allows you to use .webm videos with hardware acceleration when setting the option to "Prefer Native". Visit our FAQ for more information on how to set this up if you are interested:

New FAQ & Future Documentation
We have launched a new FAQ website which contains detailed steps on how to resolved various Wallpaper Engine issues. The large majority of support requests we receive are about the same issues, so we're hoping that this makes it easier for users to solve any technical issues that arise. One of the problems we are also facing is that Chinese users cannot access the Steam Discussions which had been the previous location of our FAQ. The new website is reachable from mainland China and will be translated into all major Wallpaper Engine languages. The new FAQ can be found here:

https://help.wallpaperengine.io/
In the future we would like to use a similar approach for a comprehensive guide for Wallpaper Engine creators. We already do have a Wiki and guides on Steam but these are hard to navigate and not easy to translate, with our website we will have much more control over how we structure these tutorials. Stay tuned for the new official Wallpaper Engine tutorial series in the near future! 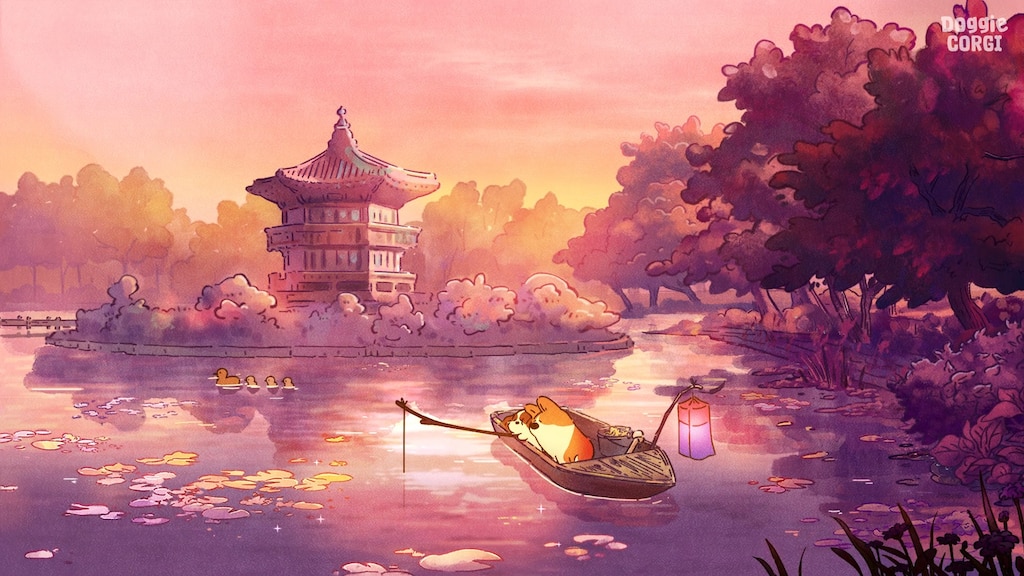 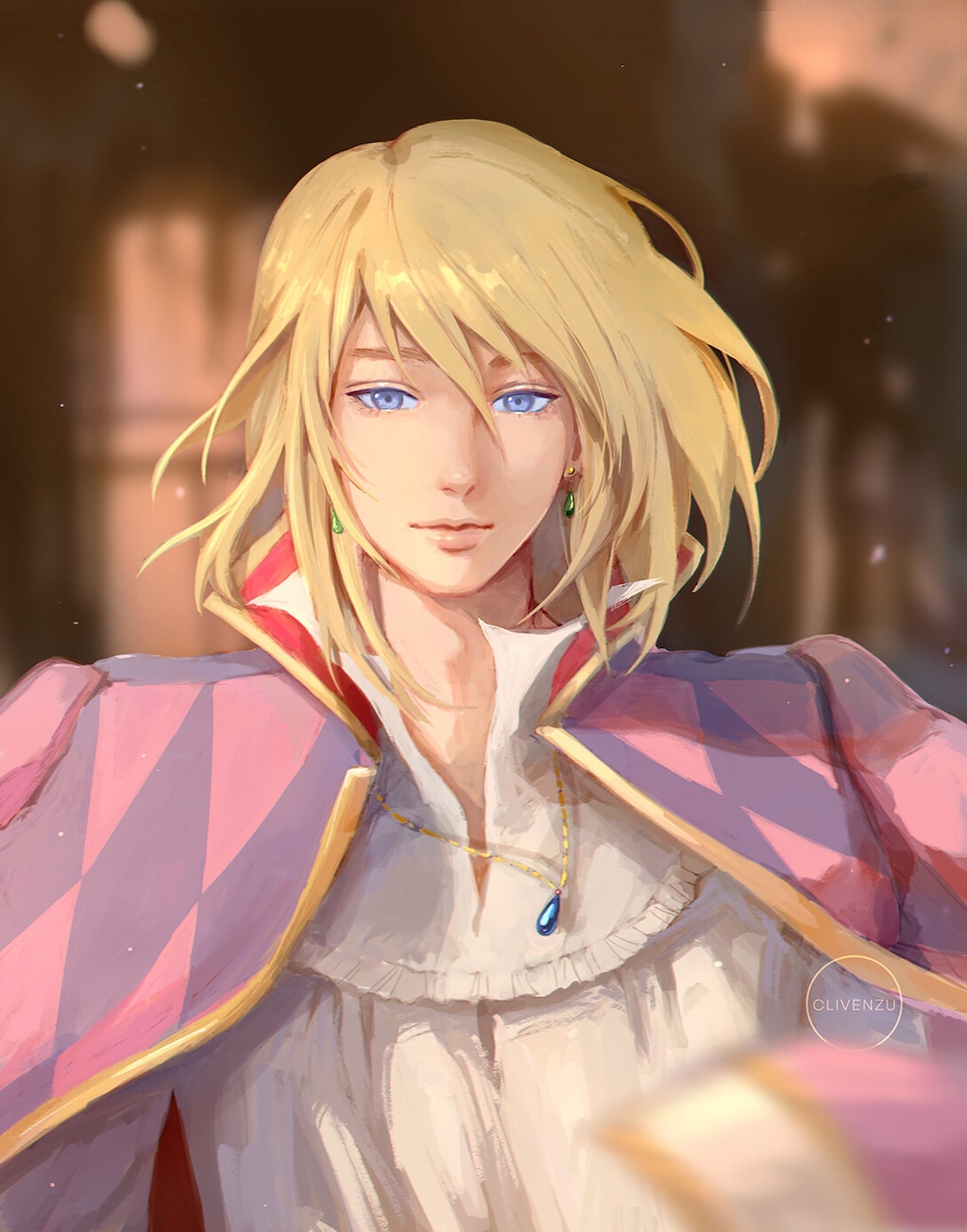 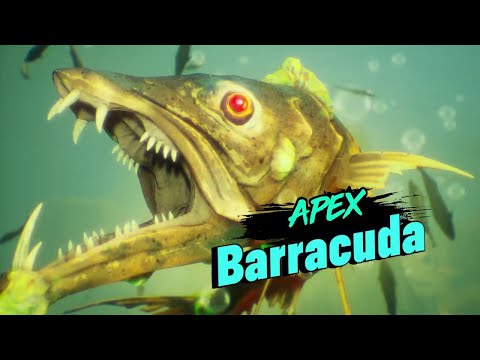 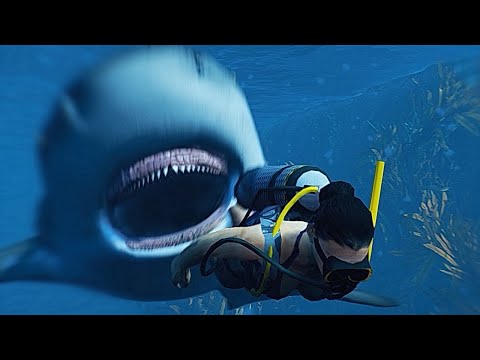 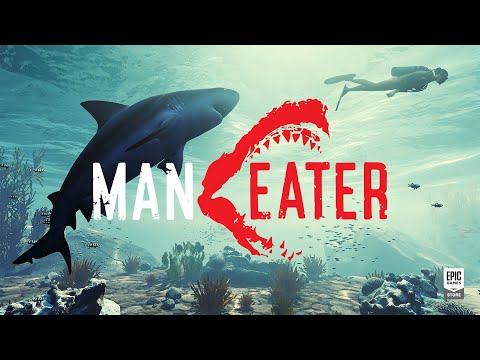 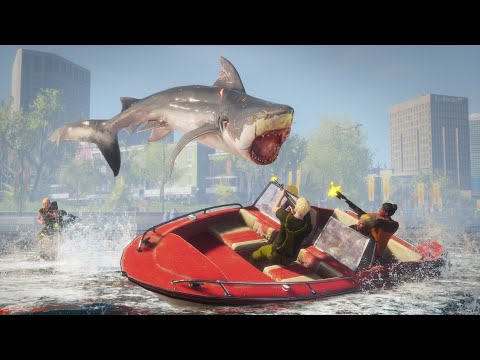 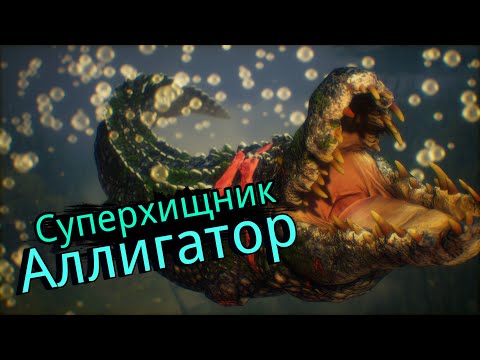 Recommended
14.9 hrs on record
Extremely useful program to customize your desktop with a great variety of wallpapers.

Recommended
4.7 hrs on record
unique . this is goood

̶K̶a̶t̶h̶e̶r̶i̶n̶e̶
View all guides
WE won't launch
No matter it's startup with windows, opening from steam or opening directly from the folder, the desktop is still my original Windows wallpaper. WE can be seen in the tray after running the .exe, but when I move the mouse on it, it disappears right away....
8

目标是成为家庭煮夫
View all guides
Multiplue Dropdown Image Selection
Hello, Im trying to add a dropdown selection tool for my wallpaper to upload. Ive seen a couple wallpapers do this and Ive searched the WIKI and not found an answer. Does anyone know of a tutorial for this?
2

I Eat Mop Who?
8 hours ago
General Discussions
Wallpaper Engine Crashing as soon as i acitvate Nvidia Geforce Experience
Ever since the last two updates to Wallpaper Engine my PC has been crashing/freezing. When I go on a game and i press alt+z to save a clip or what not, my geforce experience takes FOREVER to open up and at the same time while thats happening my WallPaper ...
10